Over the last 100 days of quarantine, lockdown, and state of emergency, I’ve been living in and photographing the southern city of Málaga in Spain. 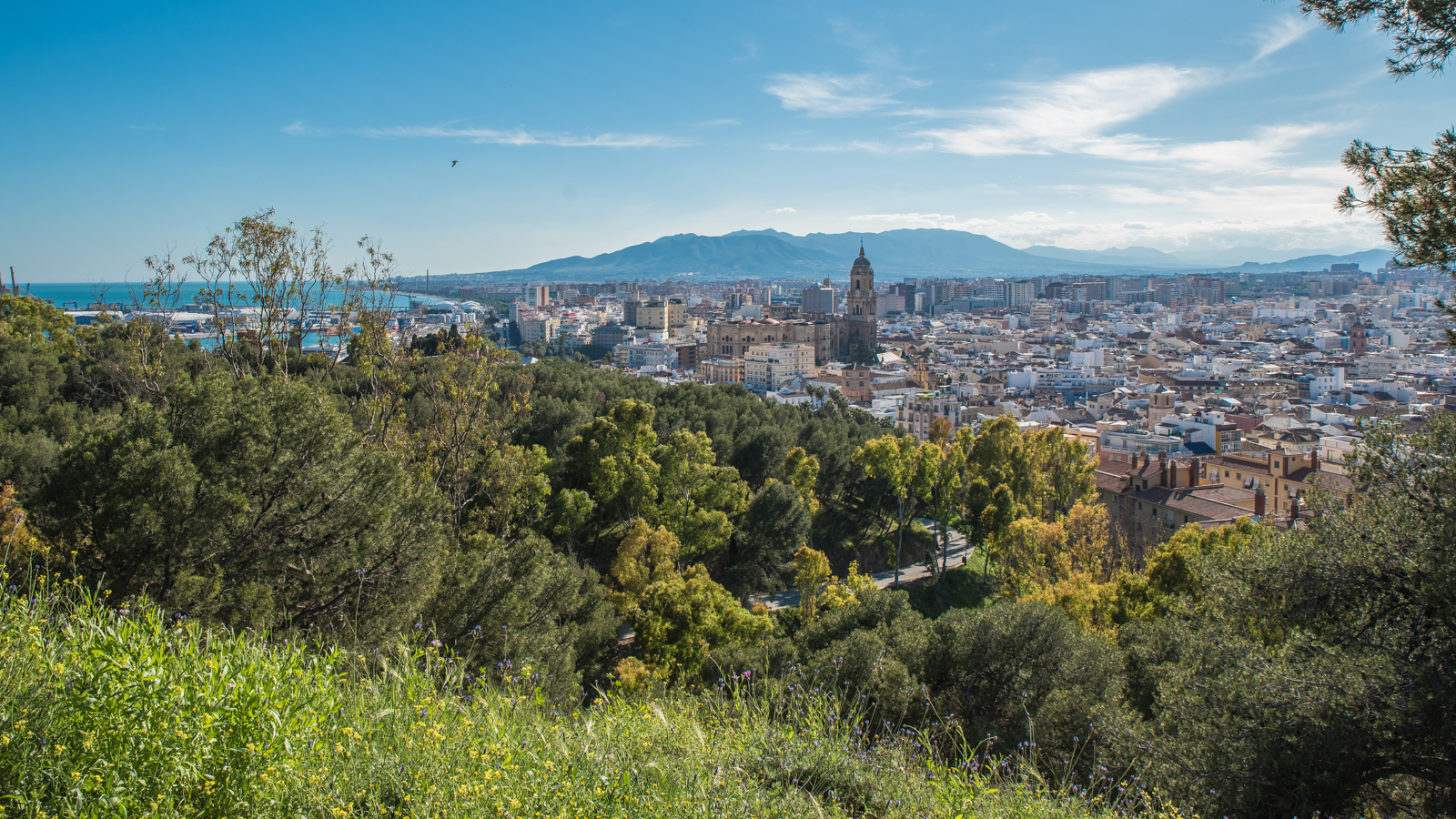 With an unimposing summit of only 130 meters (427 feet), Mount Gibralfaro barely qualifies as a foothill, much less a mountain. And yet during the lockdown, this tiny peak became not only my favorite hike in Malaga, but in all of Spain. There’s also a castle. 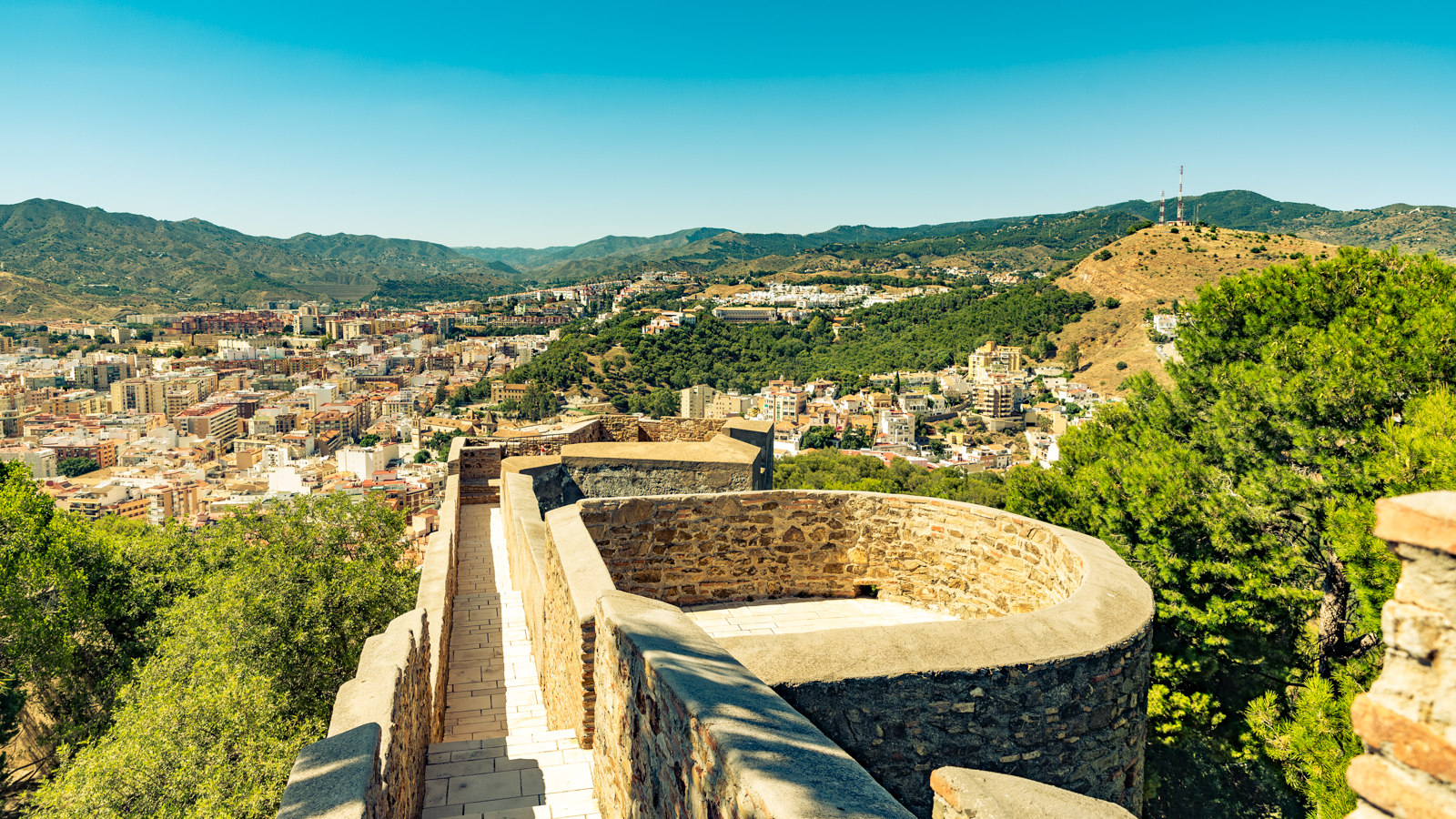 I don’t love cities. There’s too much pavement with not enough green space, and in this regard, Malaga is no exception. Typically, I would escape to the city park or the beach or a hike to keep my sanity, but because of the lockdown we weren’t allowed out of our living quarters. And after three weeks of being in an apartment with only a single window, I was starting to crack. 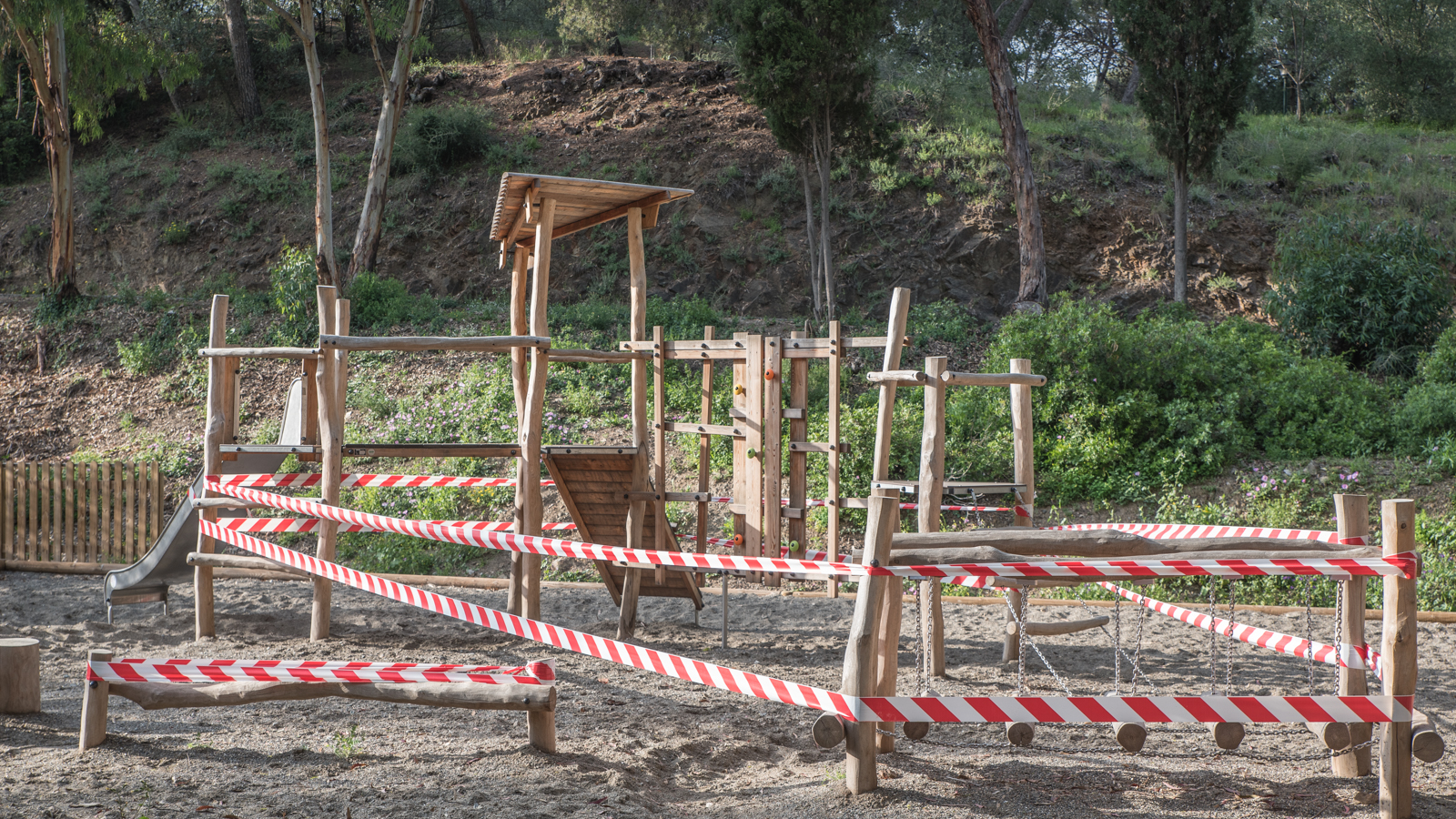 I had already begun to scope out Mount Gibralfaro on my expeditions into the Lagunillas neighborhood for street art. Using the alleyways, I soon marked out a route that only took six minutes from my front door to a mostly hidden trailhead on a dead end street. 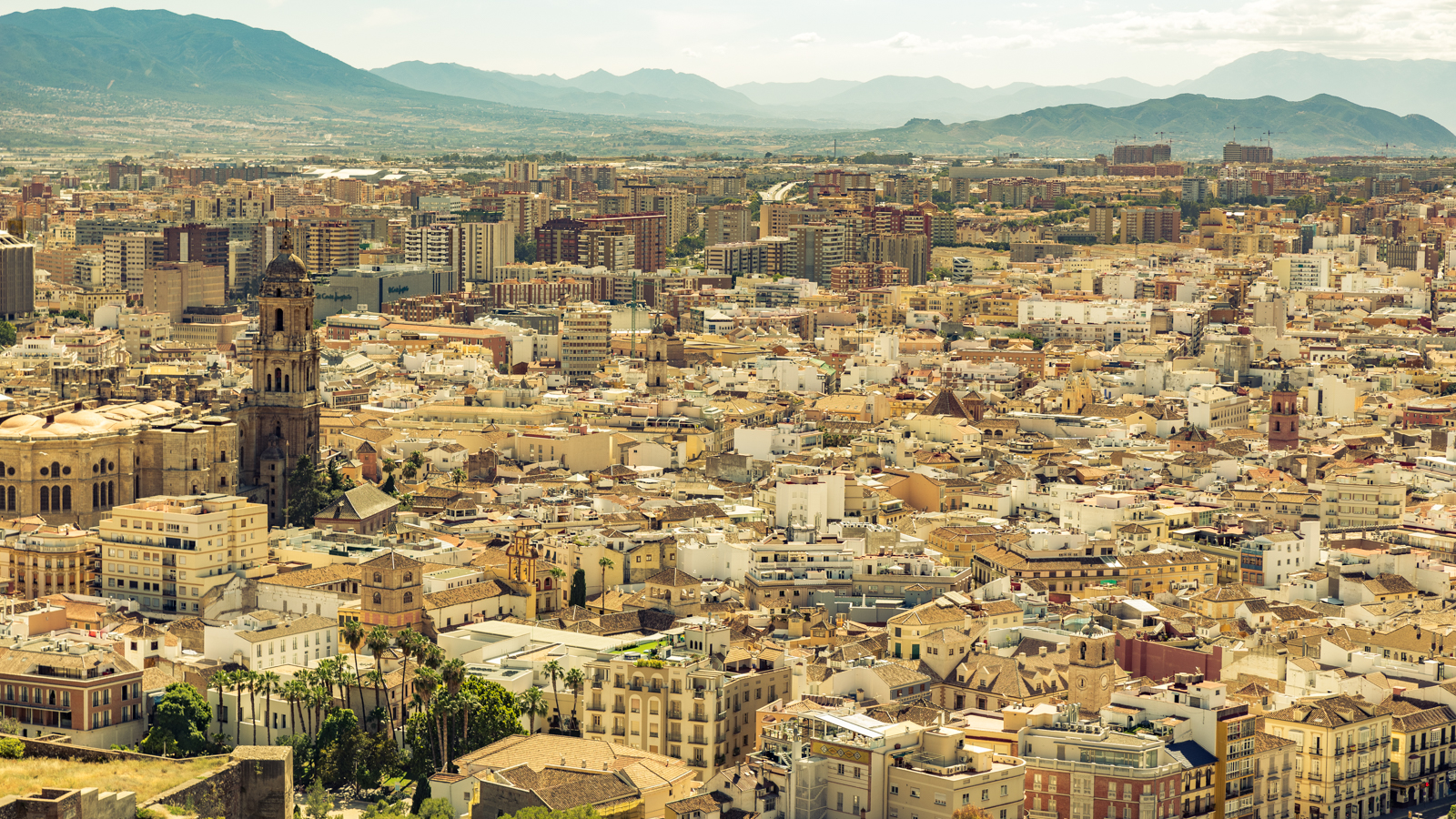 That first trip was a bit nervewracking with all the police patrols, but all my anxiety disappeared when I found myself under the shade of the trees. I found a small clearing with not a soul in sight and sat on a rock, felt the sun on the face, and took my first deep breath in days. 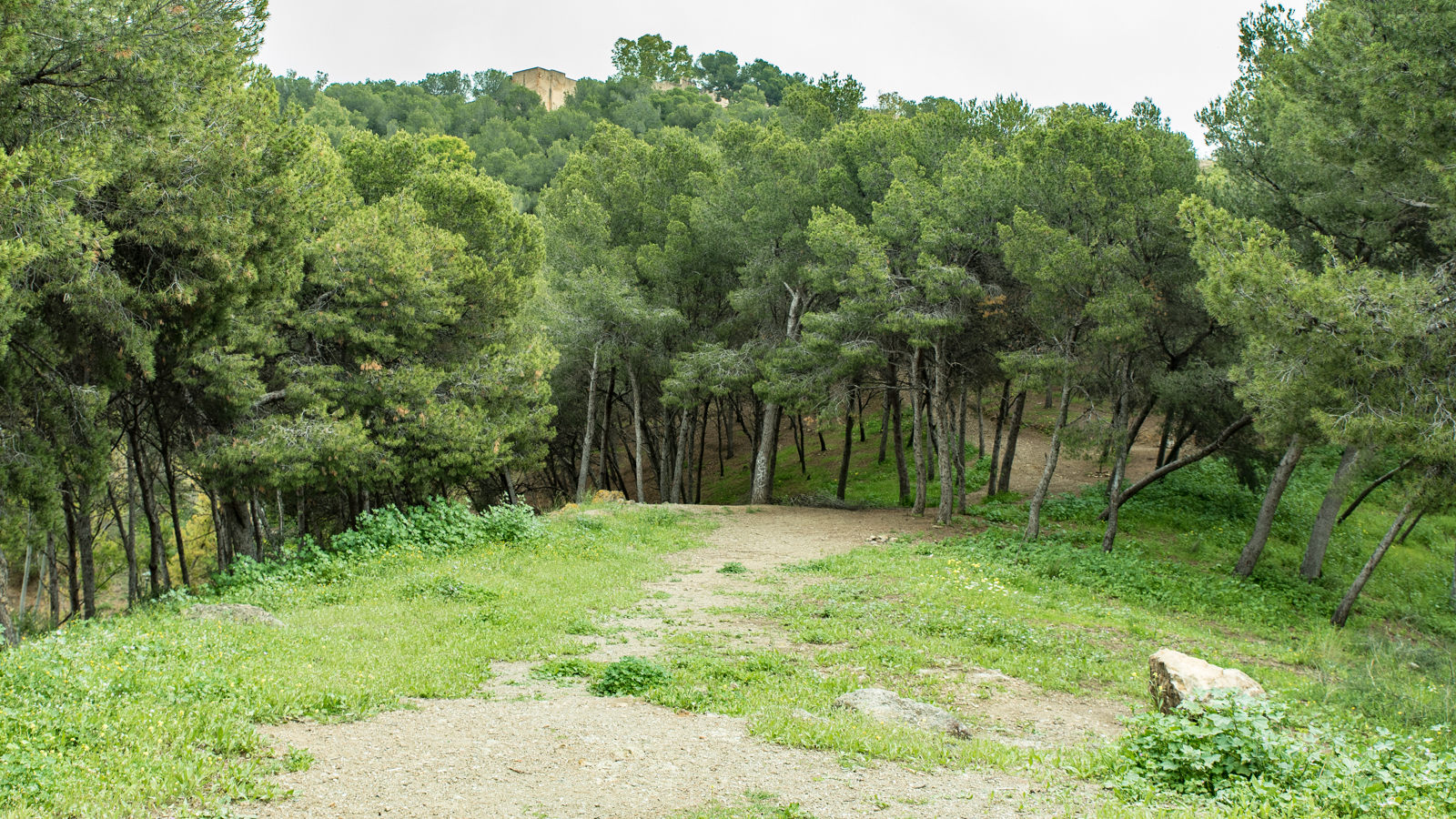 As it became clear the end of the lockdown wasn’t in sight, I began to scout for quarters closer to my urban oasis and found an apartment adjacent to the trailhead. The owner mentioned confidentially that this was an excellent spot if I needed to get outdoors. I nodded my head and didn’t disclose that I had already been up there six times. As a bonus, the apartment came with a balcony and a view of the mighty peak. 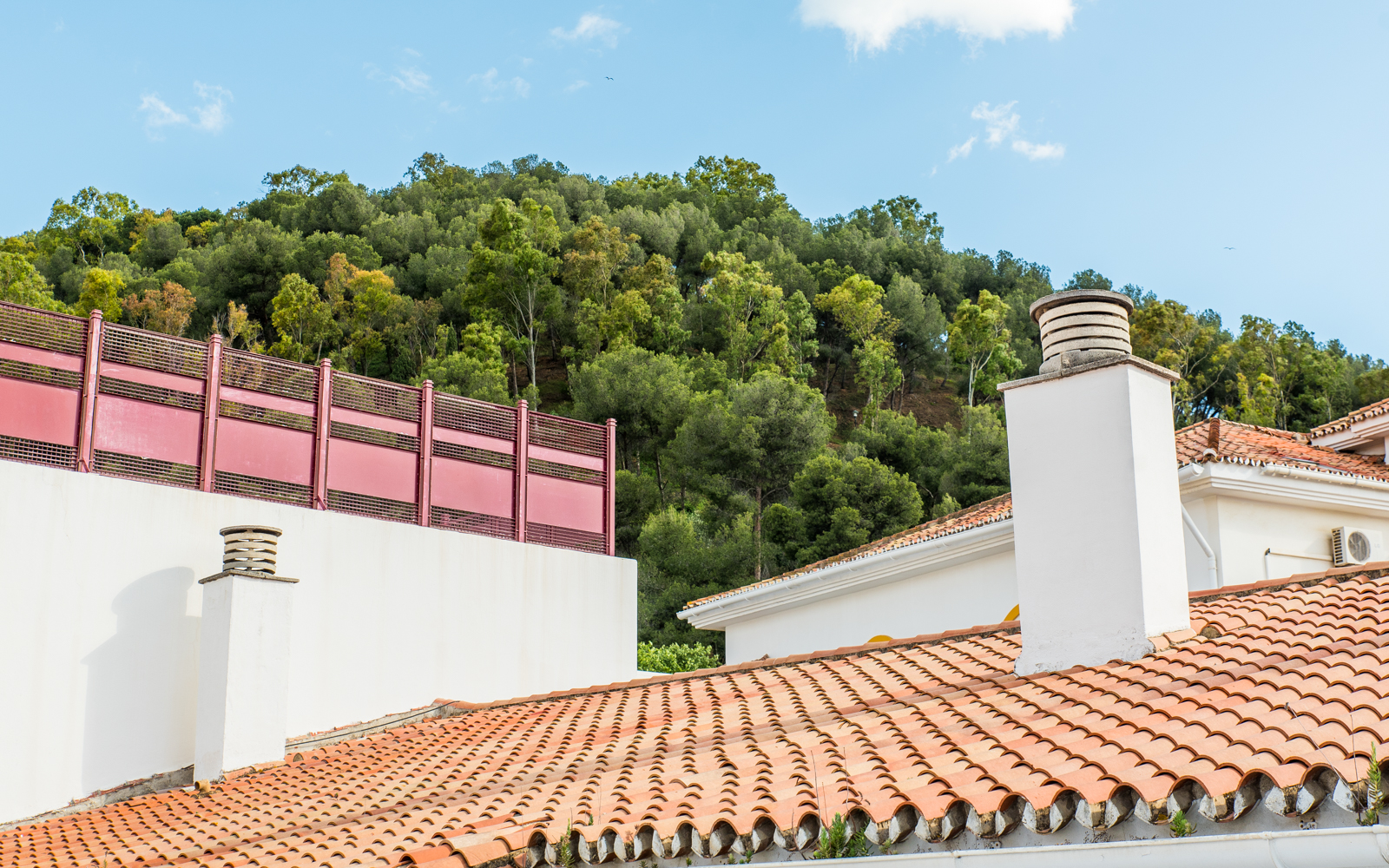 I was so close now to Gibralfaro that I could take a hike in the afternoon and visit in the evenings. I found a hidden ghost path just past the entrance and would chill out here on a broken stone wall to watch the sunset. 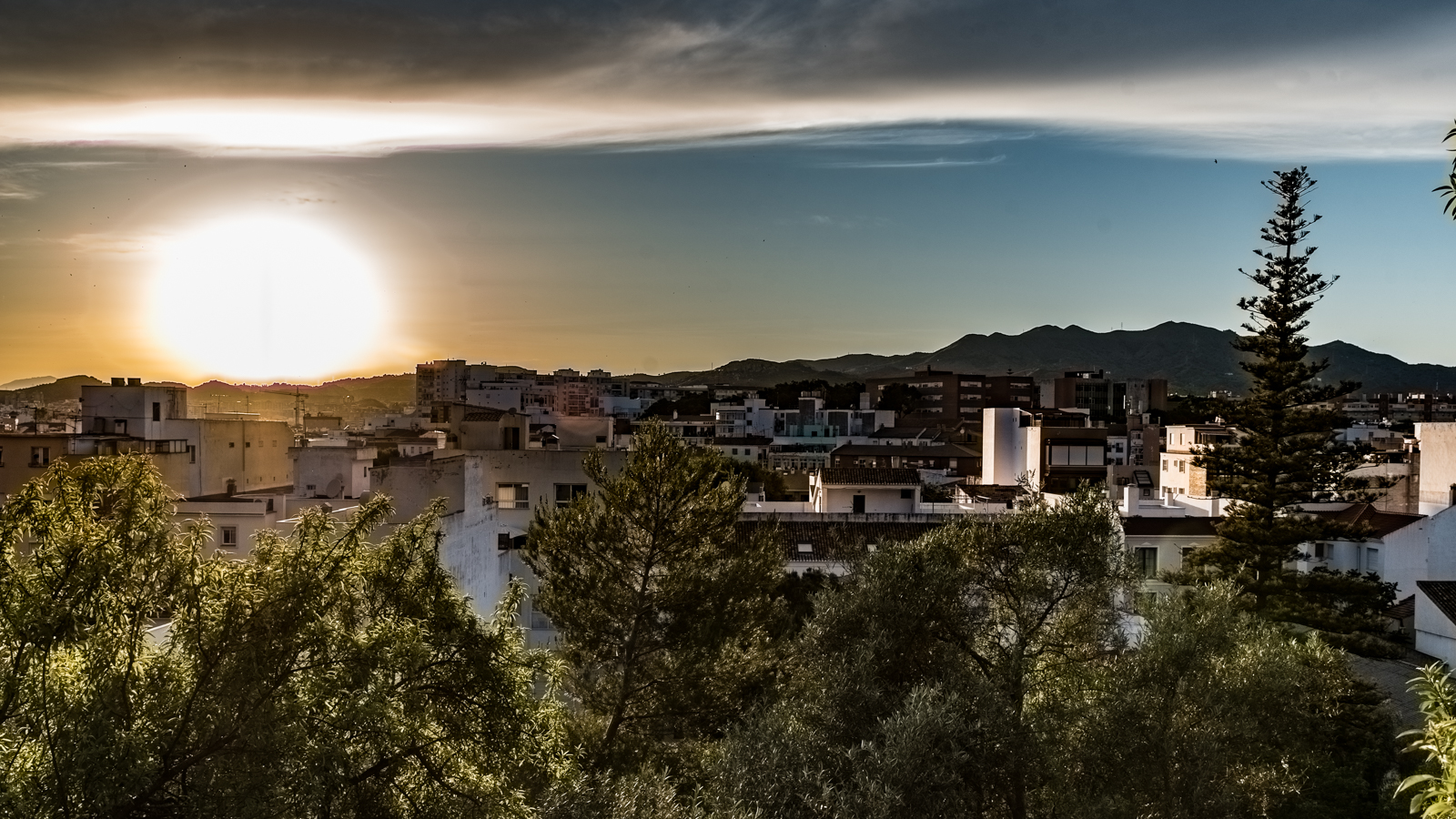 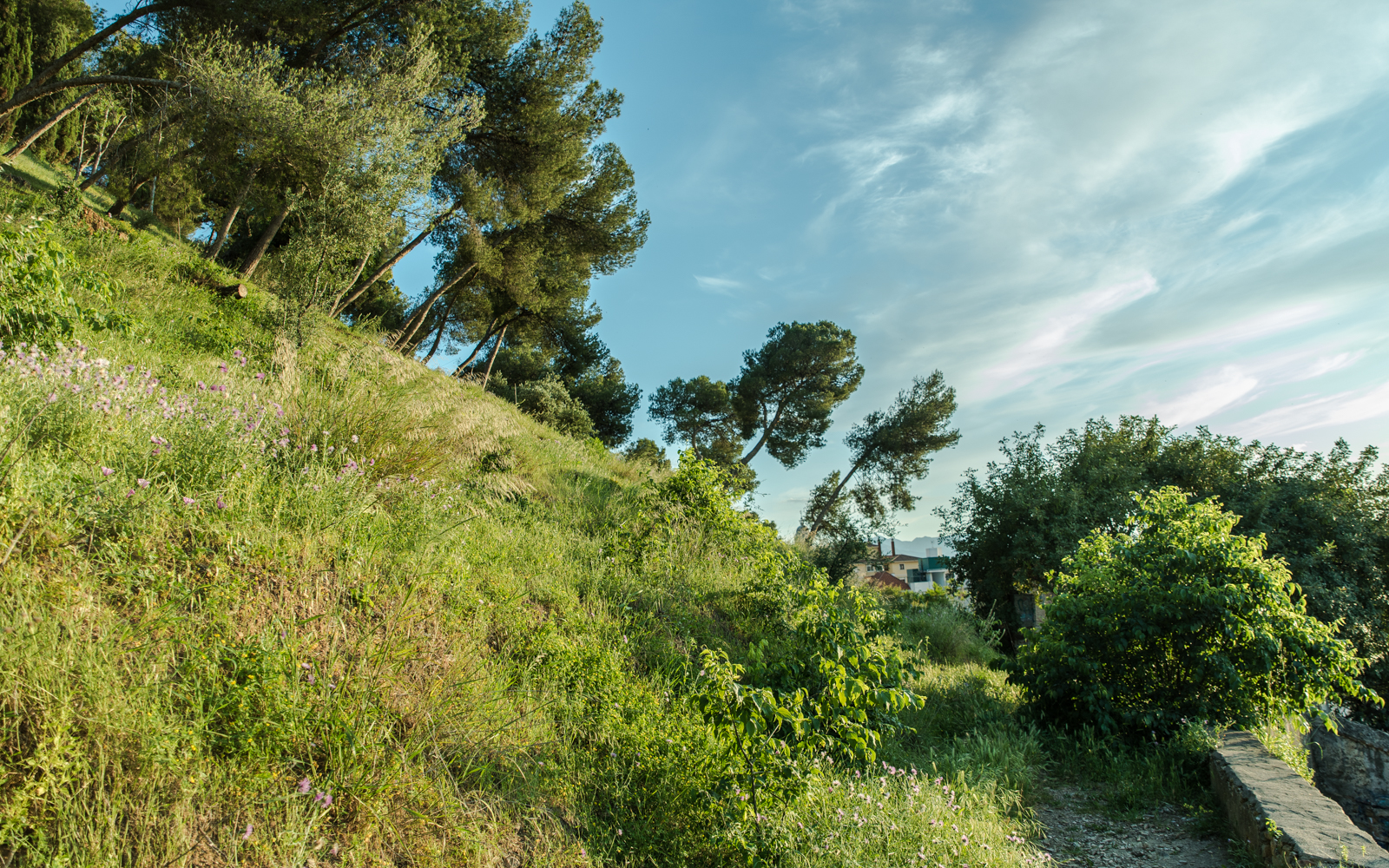 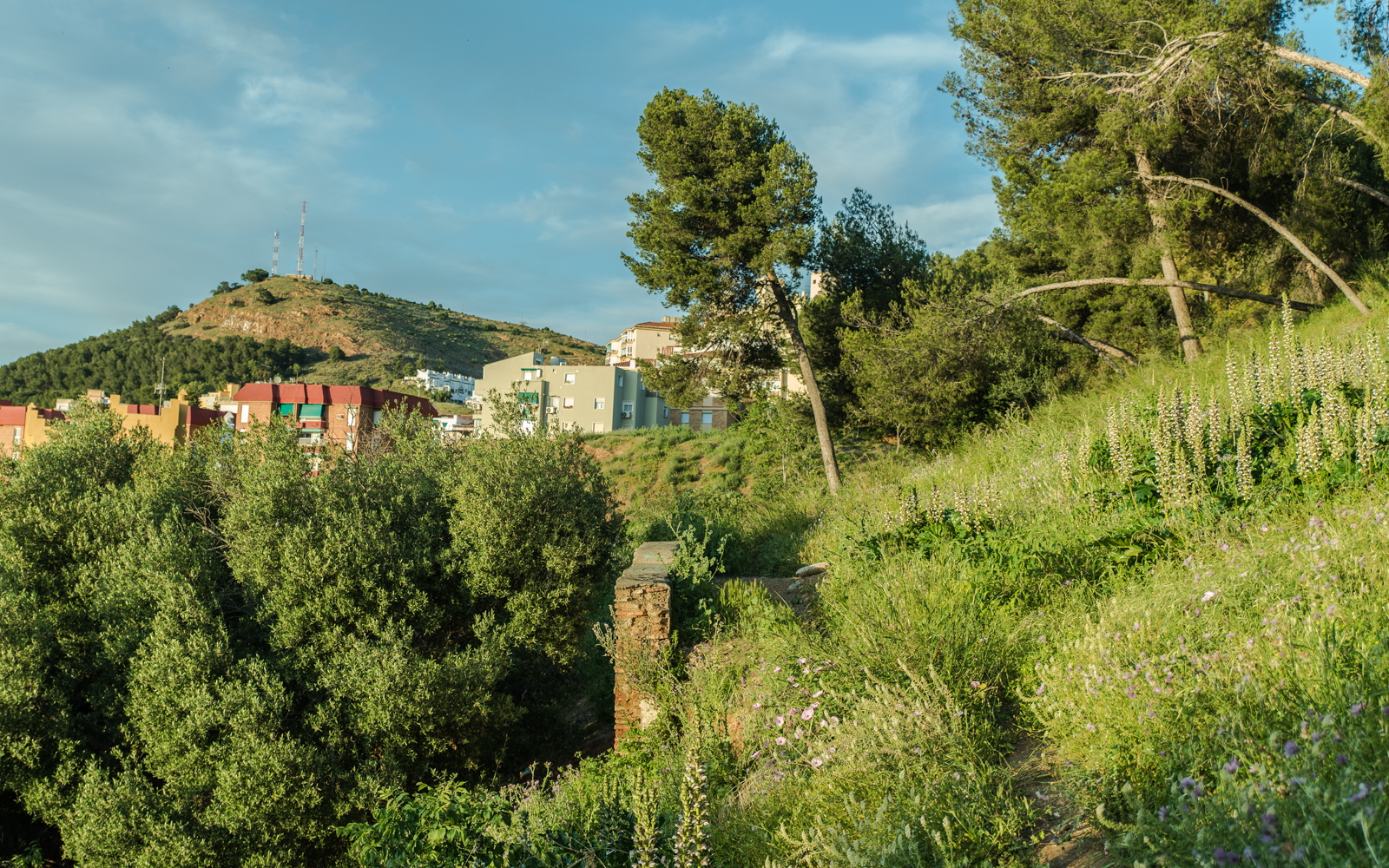 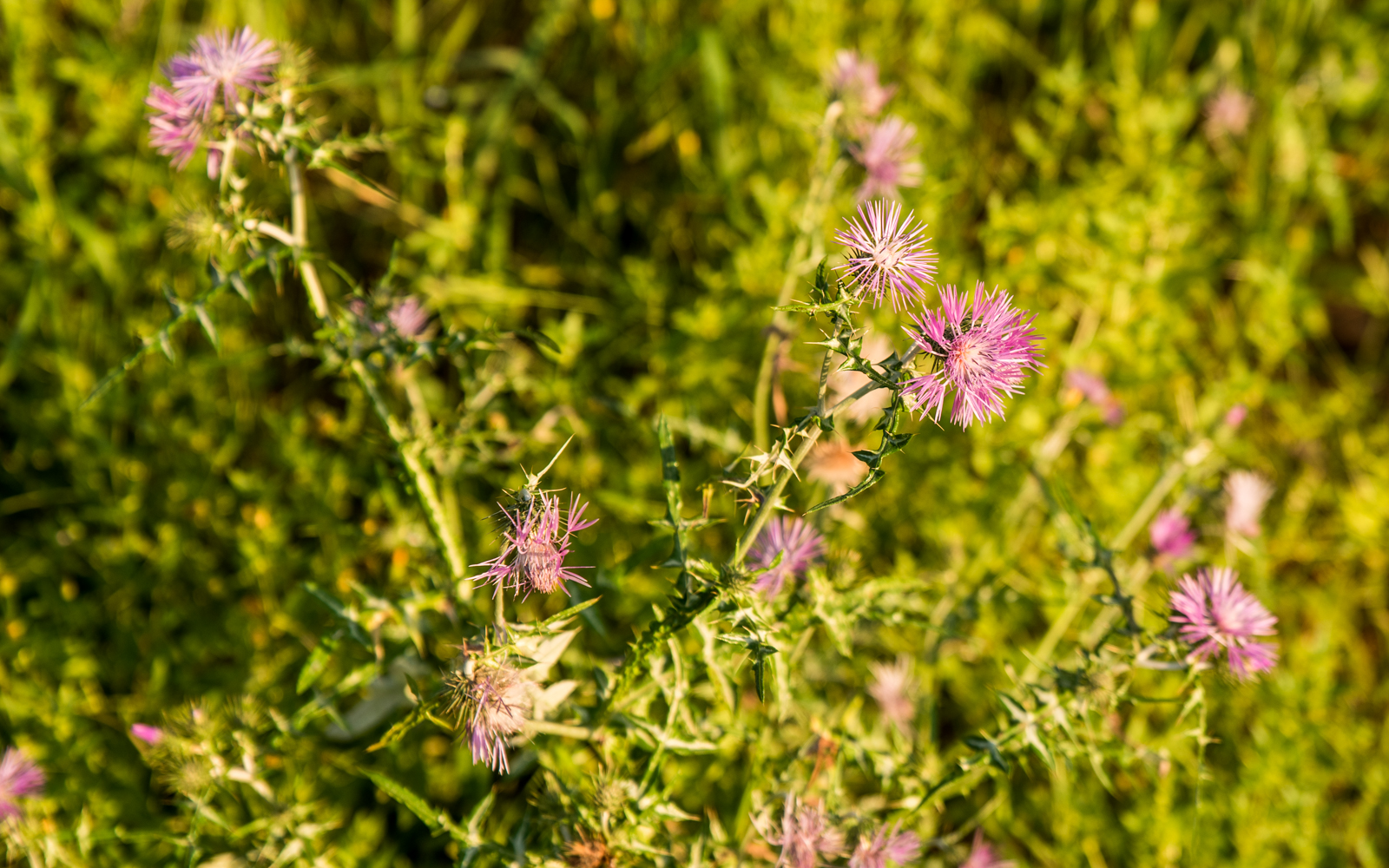 Others were out here too, walking their dogs, illegally exercising, or having makeshifts picnics. On top of the small peak, a few homeless people had created a makeshift camp. They had surrounded it with the caution tape. Sometimes it was deserted. One evening just before sunset, I saw one of them wearing a crown and purple robes screaming at the top of his lungs while brandishing a bottle of wine. They didn’t see me. The police had made me wary and the virus had turned me invisible. 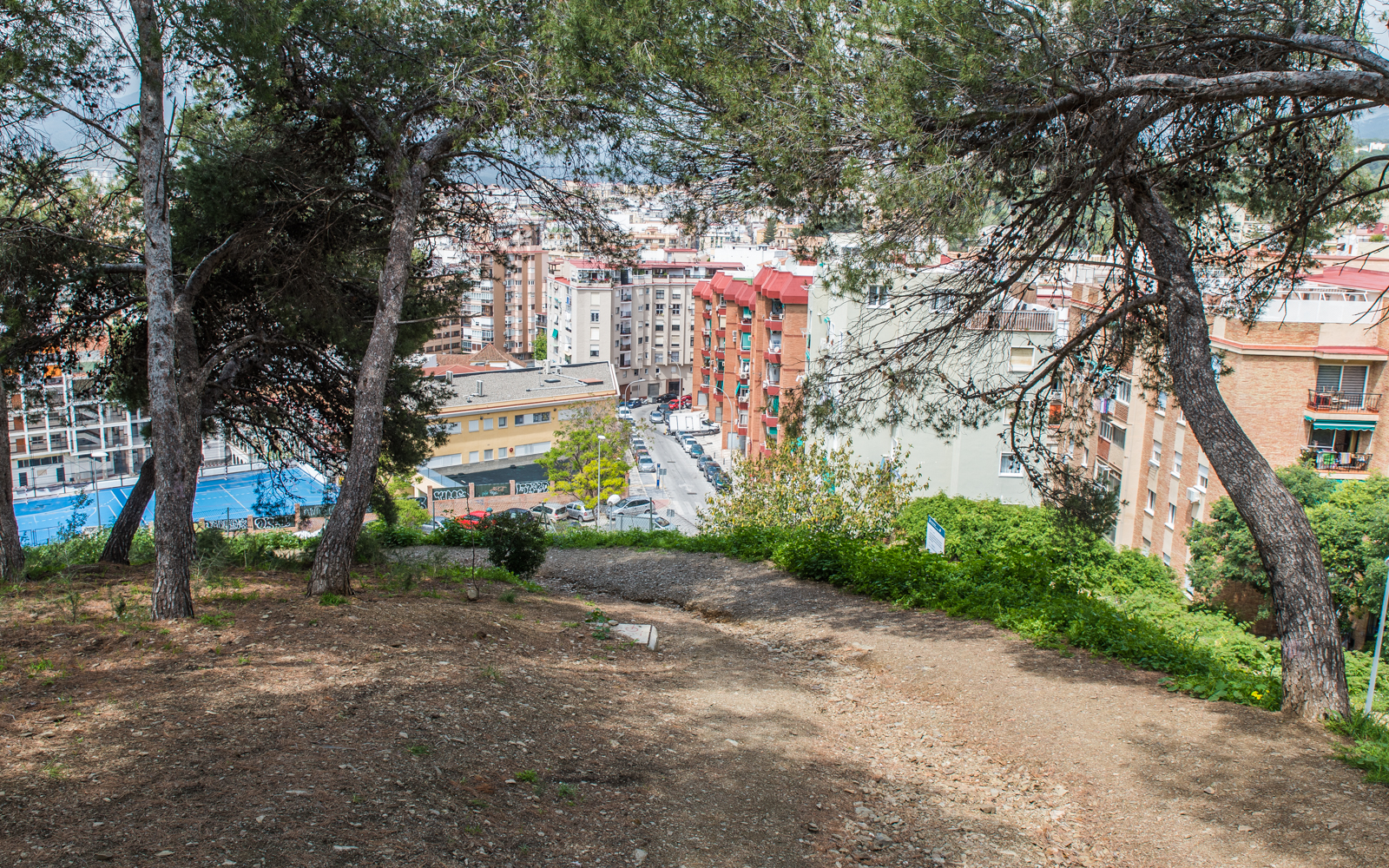 After five weeks of rambling around the backside of the mountain, I felt confident enough to risk a trip to the front. I was immediately rewarded with the best views of the city. 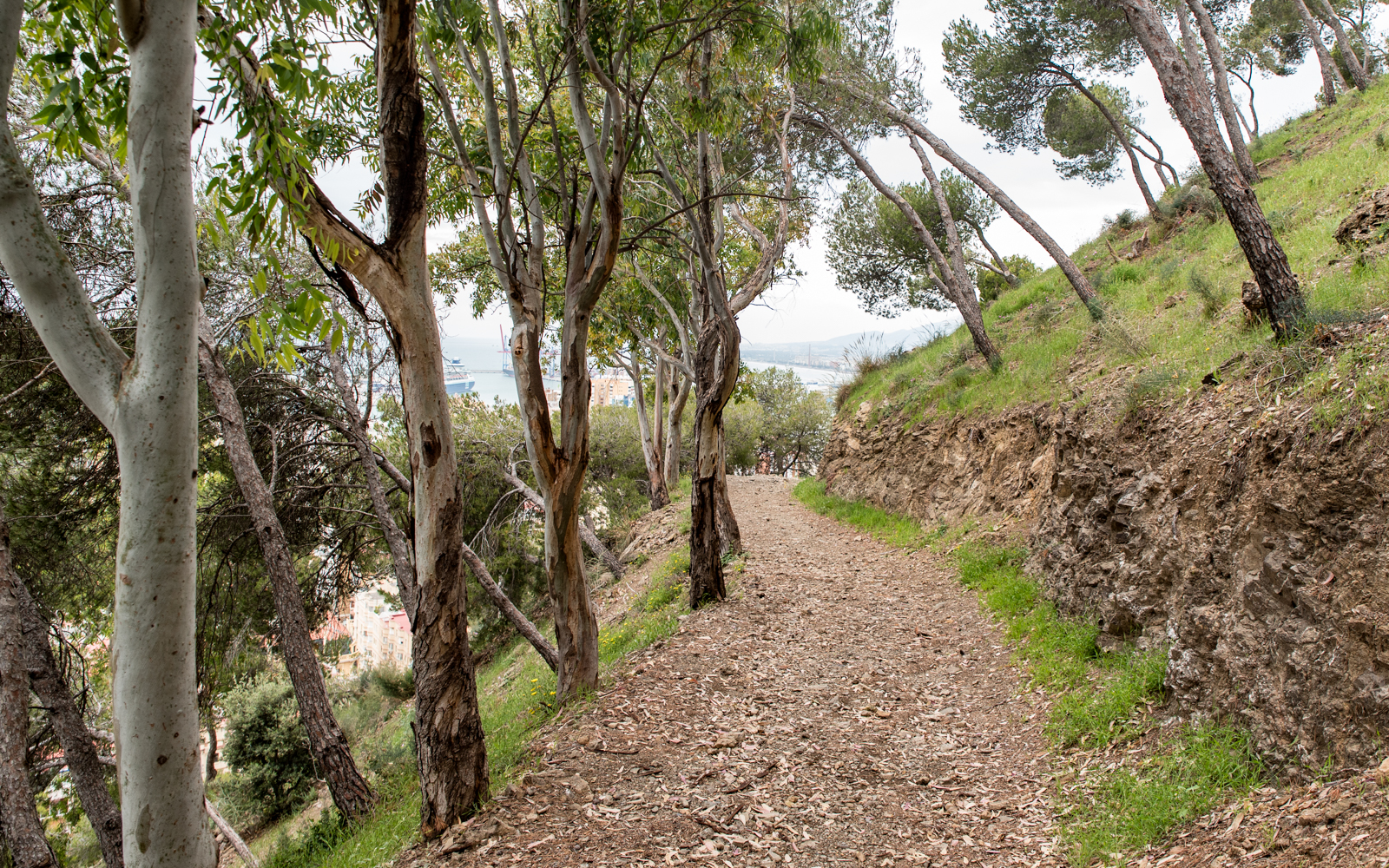 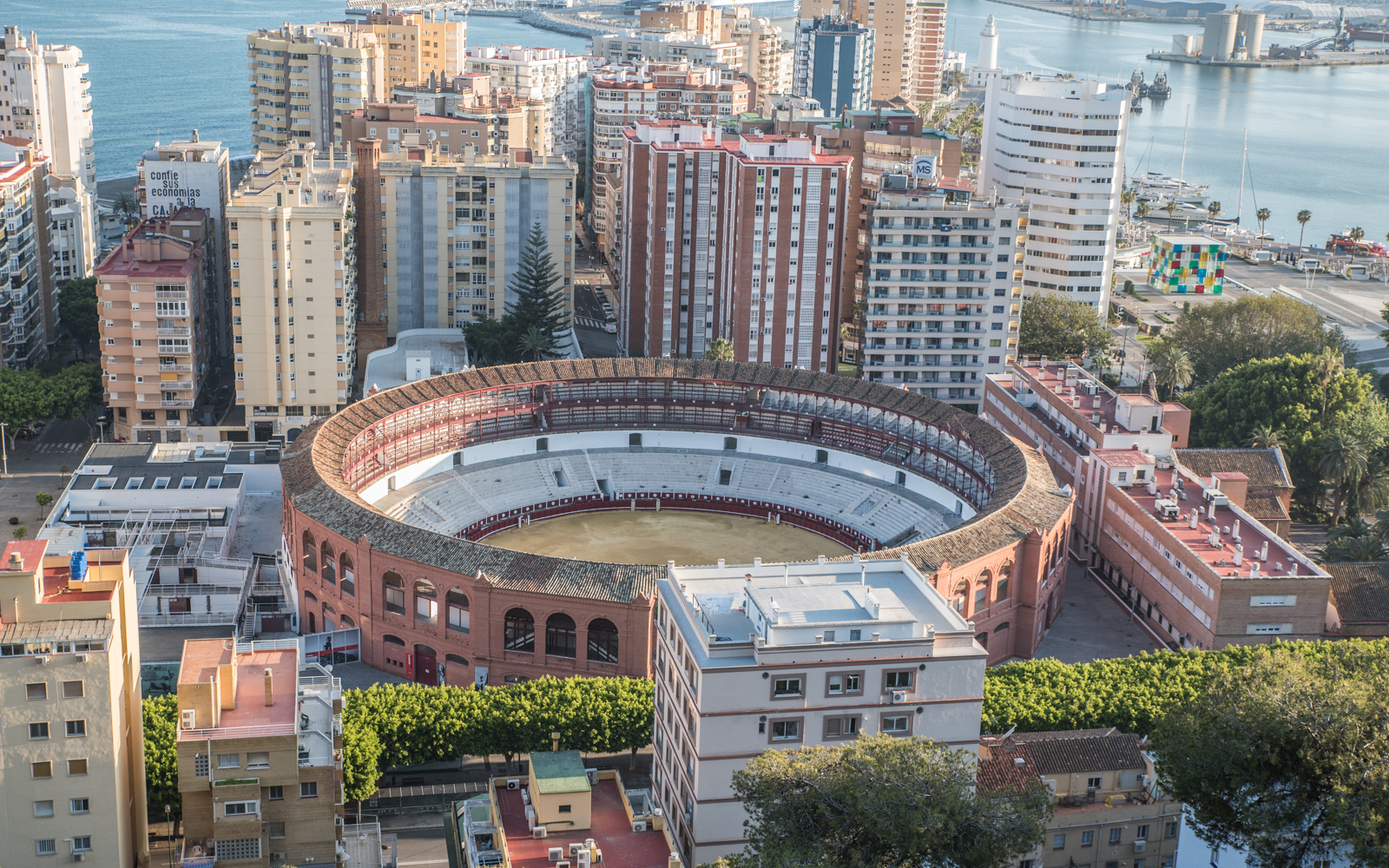 At eight in the evening, the entire city would erupt into applause in a show of support for the healthcare workers. The emergency vehicles and the ships in the harbor would blare their horns while people clapped from their windows, balconies, and rooftops across the length of Malaga. This happened every night from the start to nearly the end of the lockdown.

I started following the ghost trails nobody ever takes. One led me to a dead end in a tiny field of flowers. Another one took me to a section of the castle so low that you could climb in if you wanted. I found a tree that looked like it had a soul still trapped inside of it. 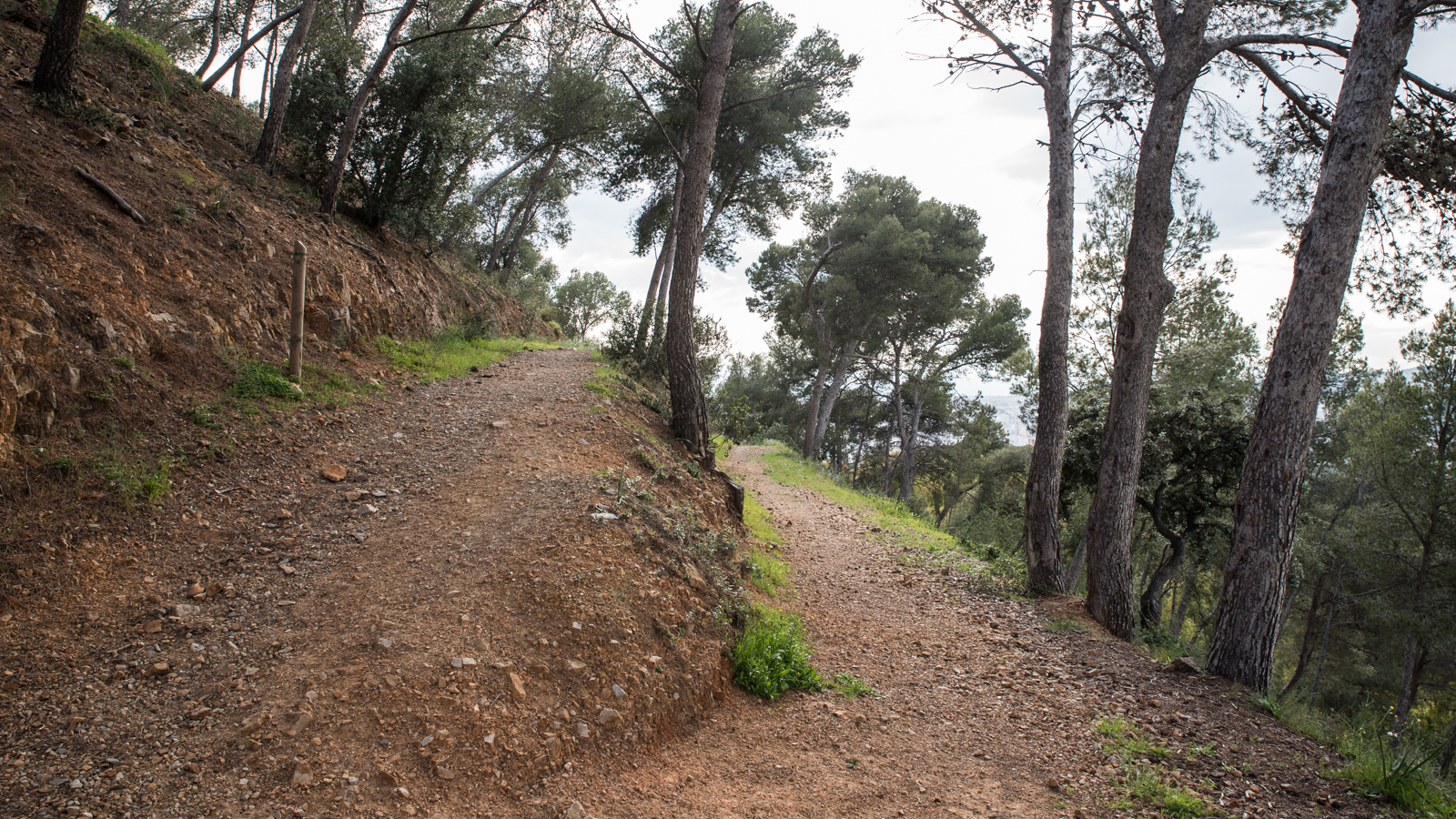 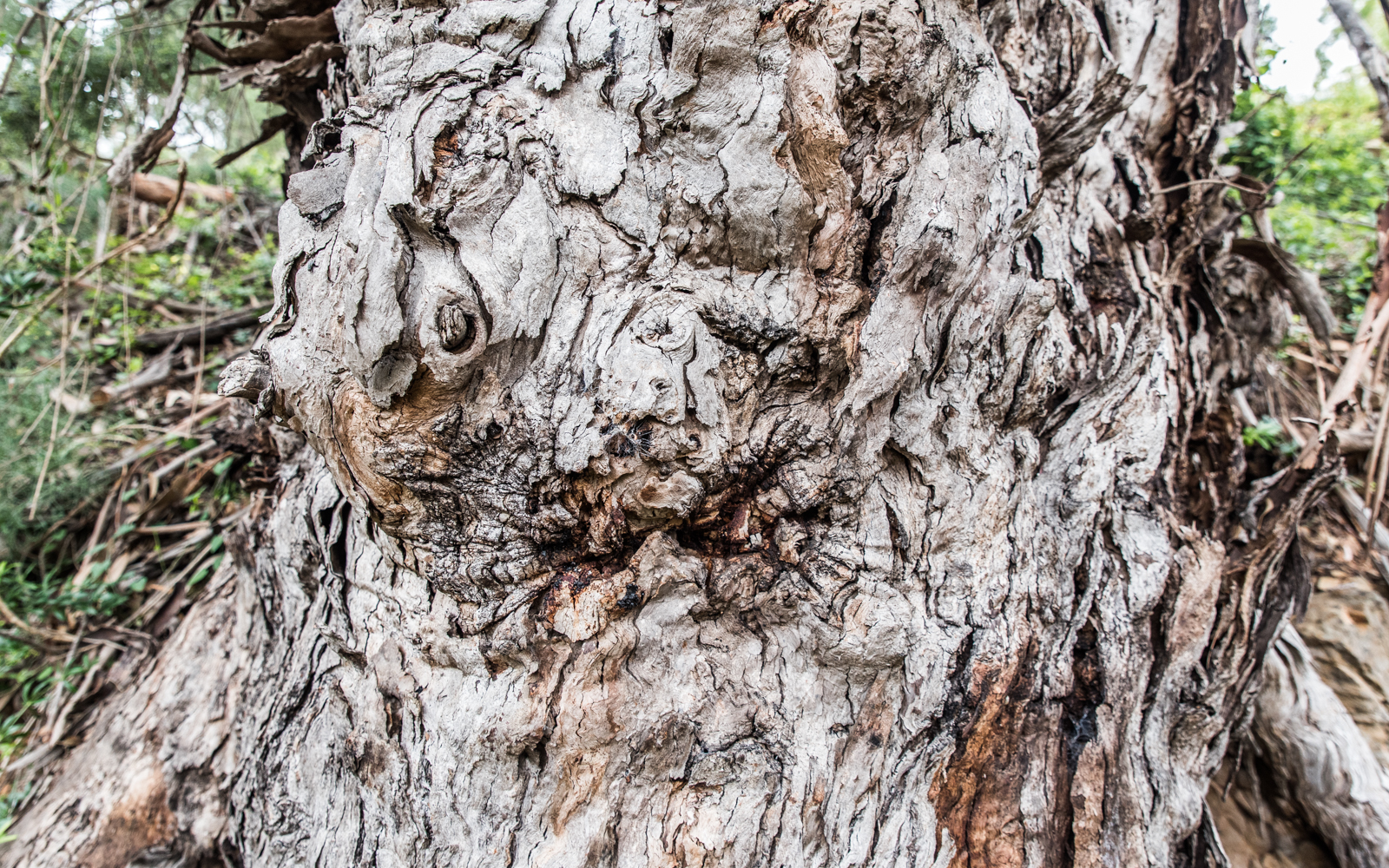 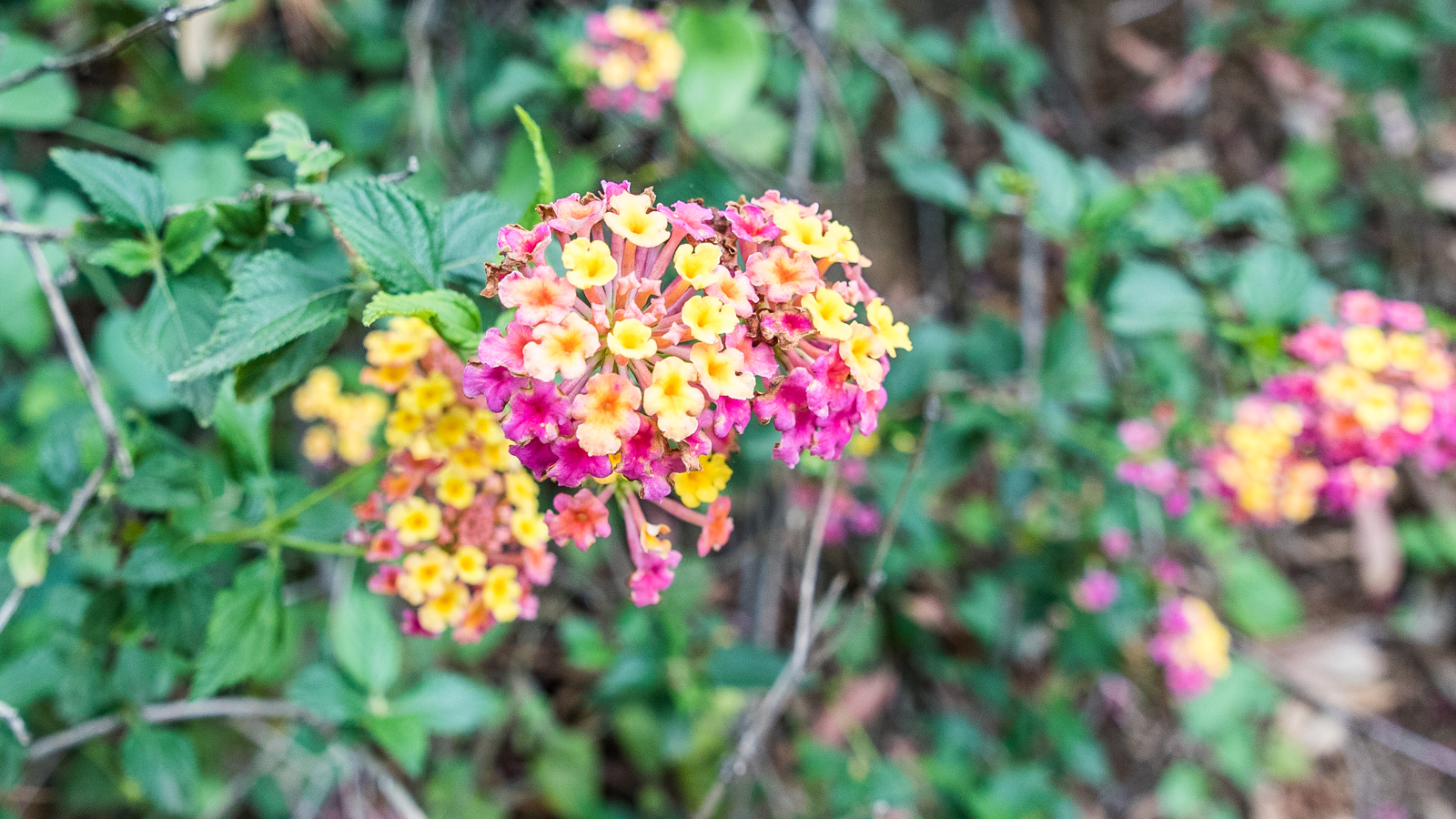 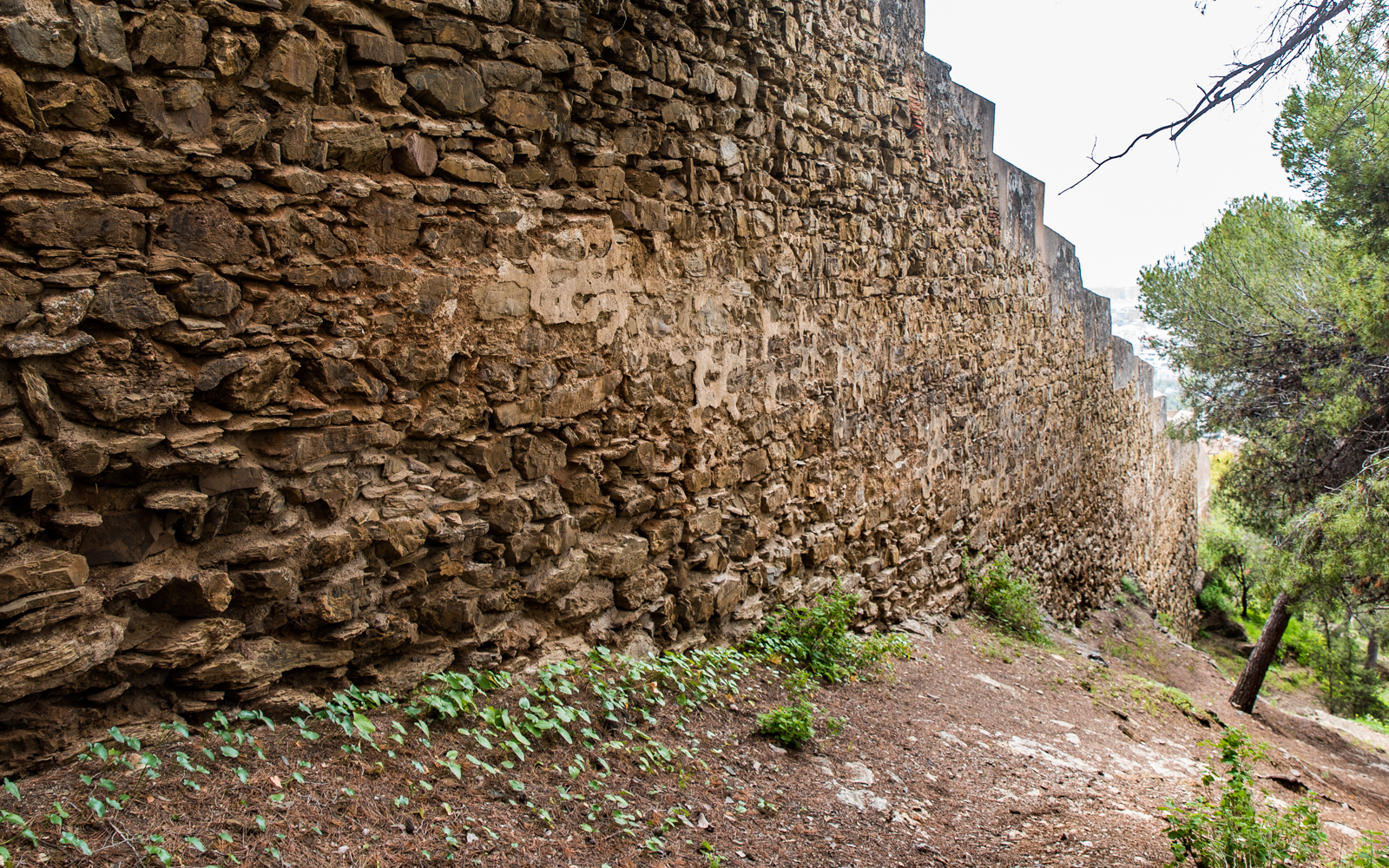 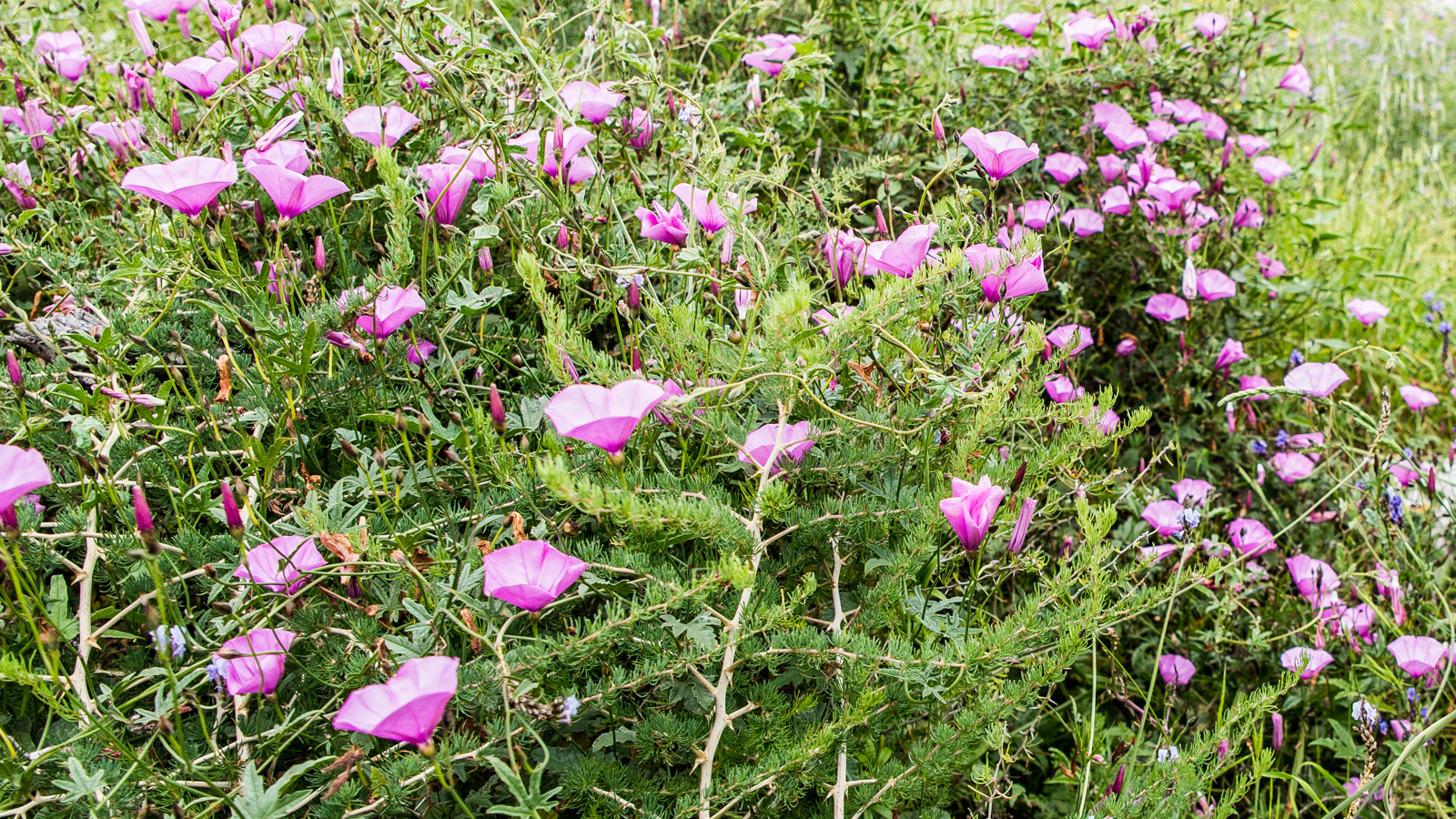 Seven weeks into the lockdown, we were legally allowed to go outdoors and my range of wanderings grew to a few kilometers. I didn’t go to Gibralfaro as much, but it was never far from my thoughts. Wherever I might find myself in Malaga, I always knew which direction was home.

Nine weeks in, I started running in the evenings from the city center to the top of the mountain and back down the other side. Our curfew had been expanded to eleven at night, so I could freely walk up to see the moonrise if I wanted. 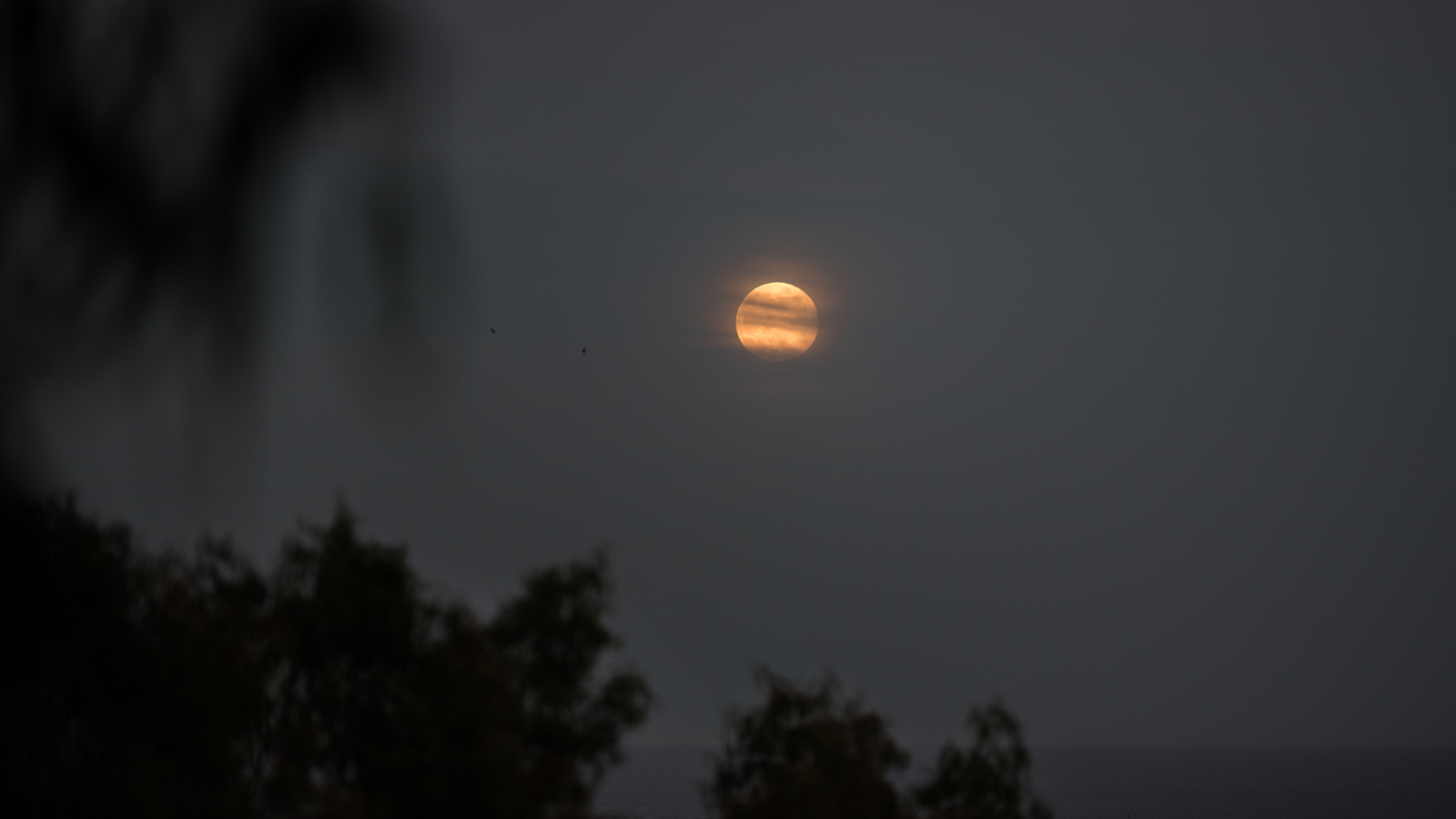 On my ninety-second day in Malaga, I was meandering my way around the top of the mountain when I saw the doors to the castle were open. I paid three euros and went inside. It was a bit surreal after all those months of walking under the walls to actually be on top of them. 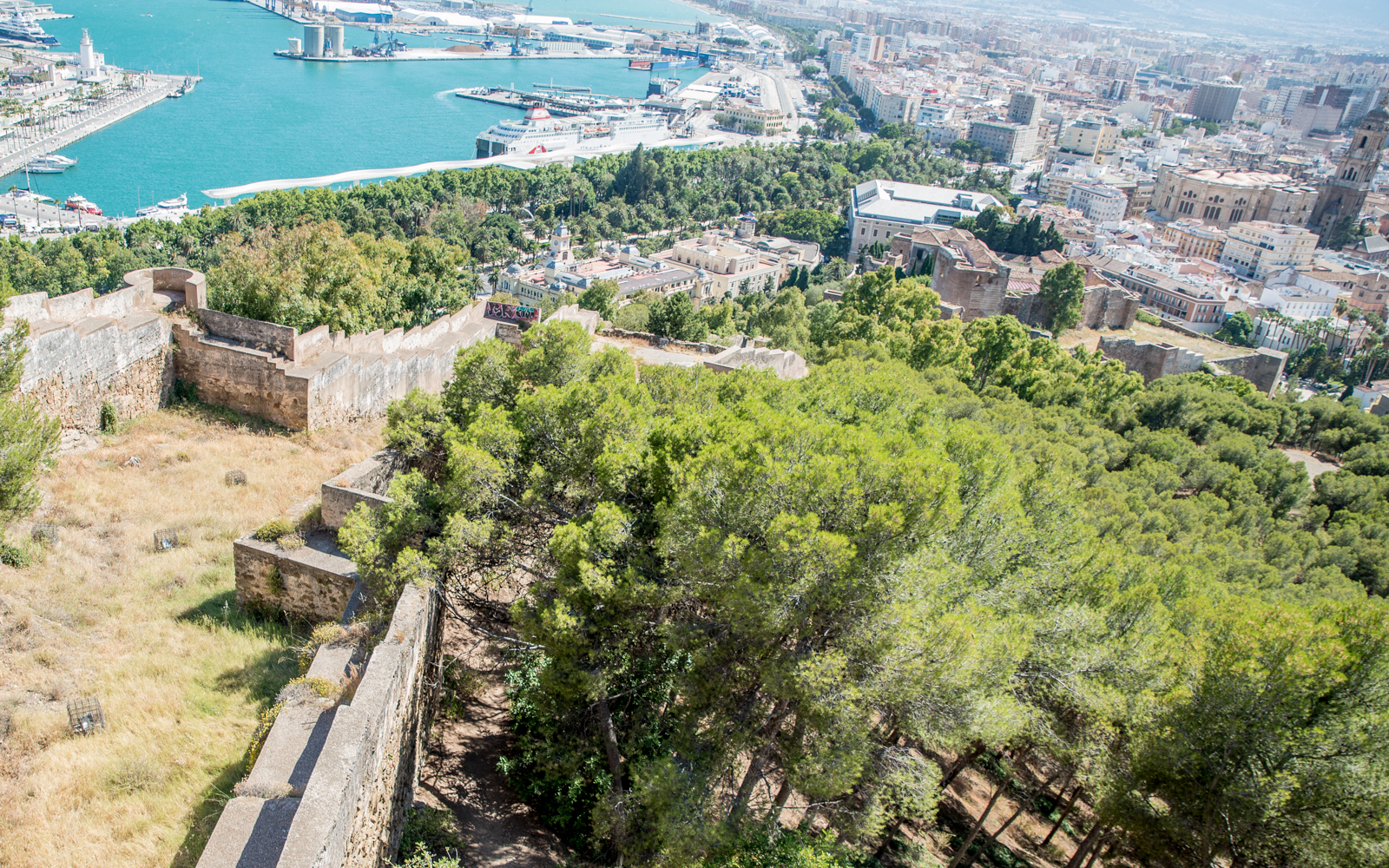 As I’m writing, it looks like I’ll be in Malaga for another 100 days. At least Gibralfaro isn’t going anywhere either.