My first Czech festival! Colours of Ostrava has been on my must-see list since the the first edition of 100 Nights of Summer, but scheduling conflicts have always kept it out of reach. The Czech Republic has a rich and growing history of festivals, and Colours is one of their best. The largest international music festival in the country, Colours of Ostrava showcases a diverse range of artists set among one of the most incredible venues in the world. 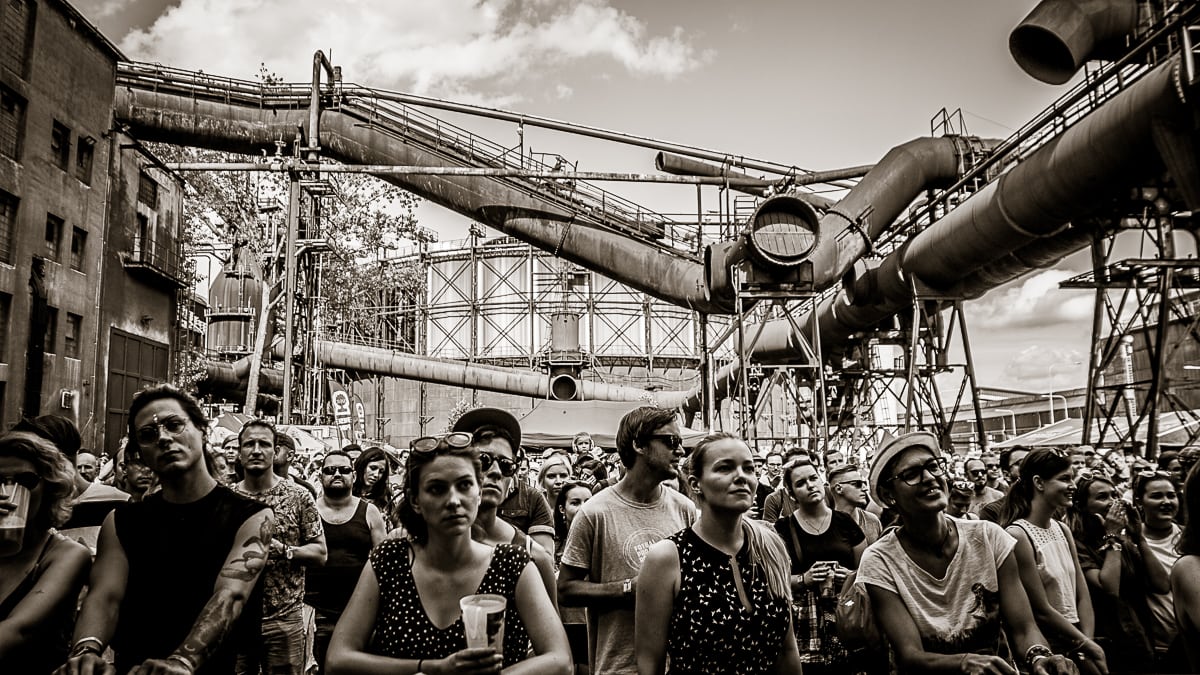 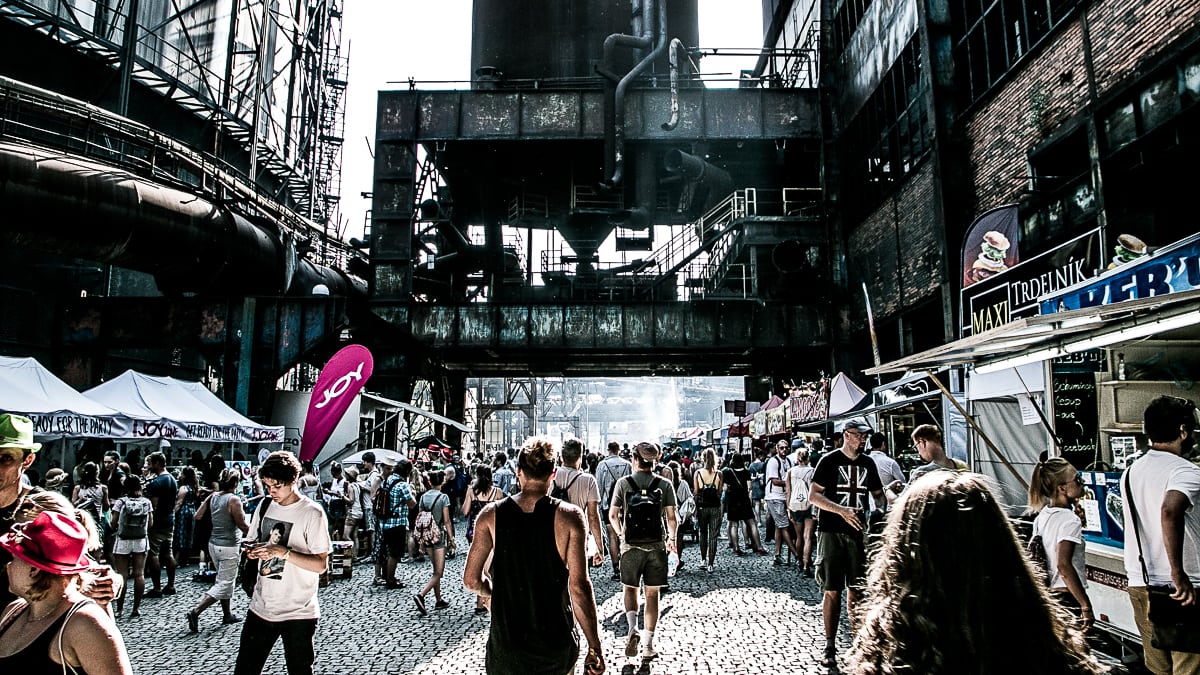 Welcome to the Rusty Jungle
I’m blown away by this venue — an area that used to belong to metallurgical works, mines and ironworks. I’d seen pictures of the factory before, but it’s another thing to see it in person. There is something awe inspiring about turning what should have been an eyesore into living art. The various towers and tunnels and pipes and crumbled buildings kept me impressed all weekend.

The Stages
There are more than twenty stages at Colours of Ostrava, and they are everywhere. From the massive open-air main stage to the hidden Busking Stage tucked under the shadows of the highest tower, there’s literally something happening around every corner. They even have created an auditorium inside a spacious gasometer. 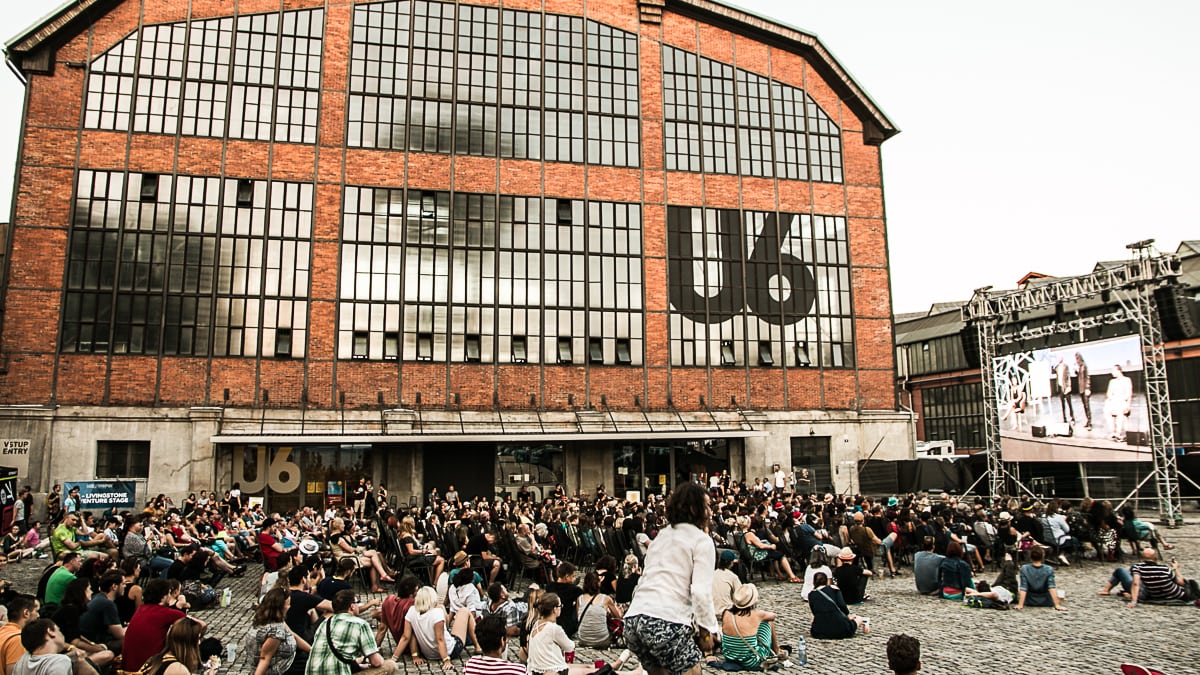 The Speakers
Authors, filmmakers, artists, and more were on hand for a stacked full four days of speakers. This type of programming is always welcome when you need a break from the music and the sun, and I got to listen in on discussions about international politics, the Chinese led extinction of rhinos, and a comic book about a demonic cherub that lives in Prague.

Where Did I Sleep This Week?
My continued challenge of actually camping at a festival continued this week with another sold out campground. On a hunch, I stopped by the information booth, and the outstanding staff not only found me a place, but provided accurate directions and placed a phone call to secure a room. And that’s how I came to be sleeping in the college dorms at a Czech technical college on the outskirts of town. 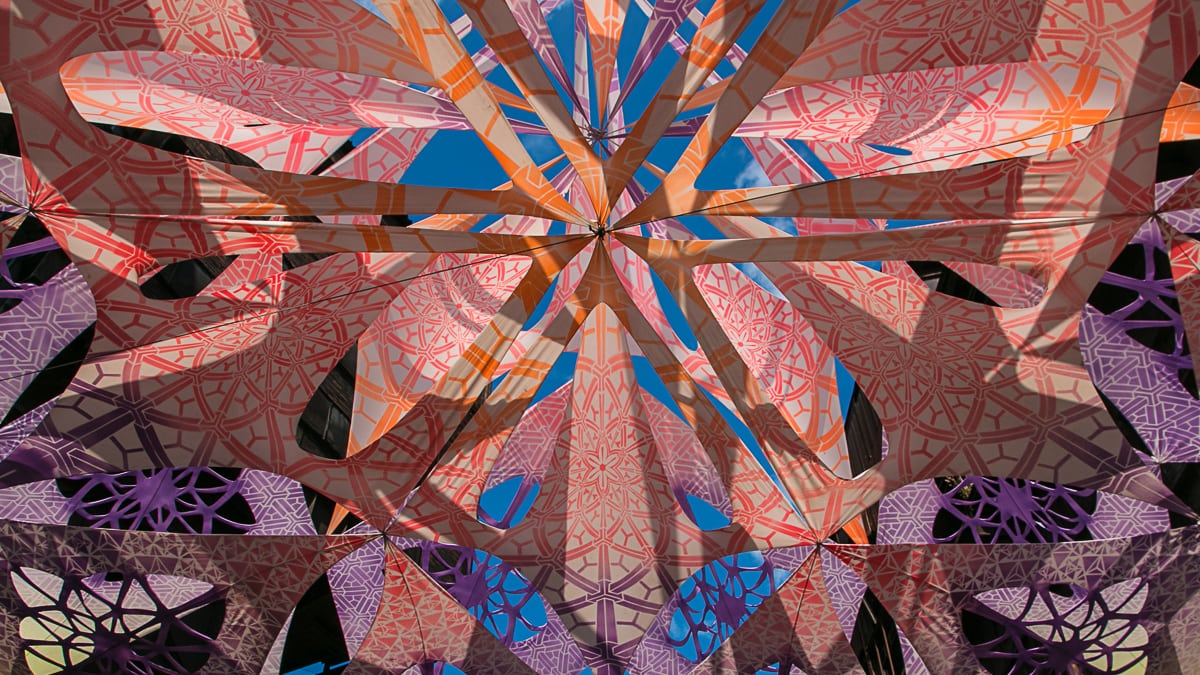 Favorite Set of the Weekend: Blazin’ Fiddles
From morning trains to lodging woes to passport issues, my energy had been sapped on Thursday to dangerously low levels. It wasn’t until this Scottish act took the stage that I felt a burst of reinvigoration. 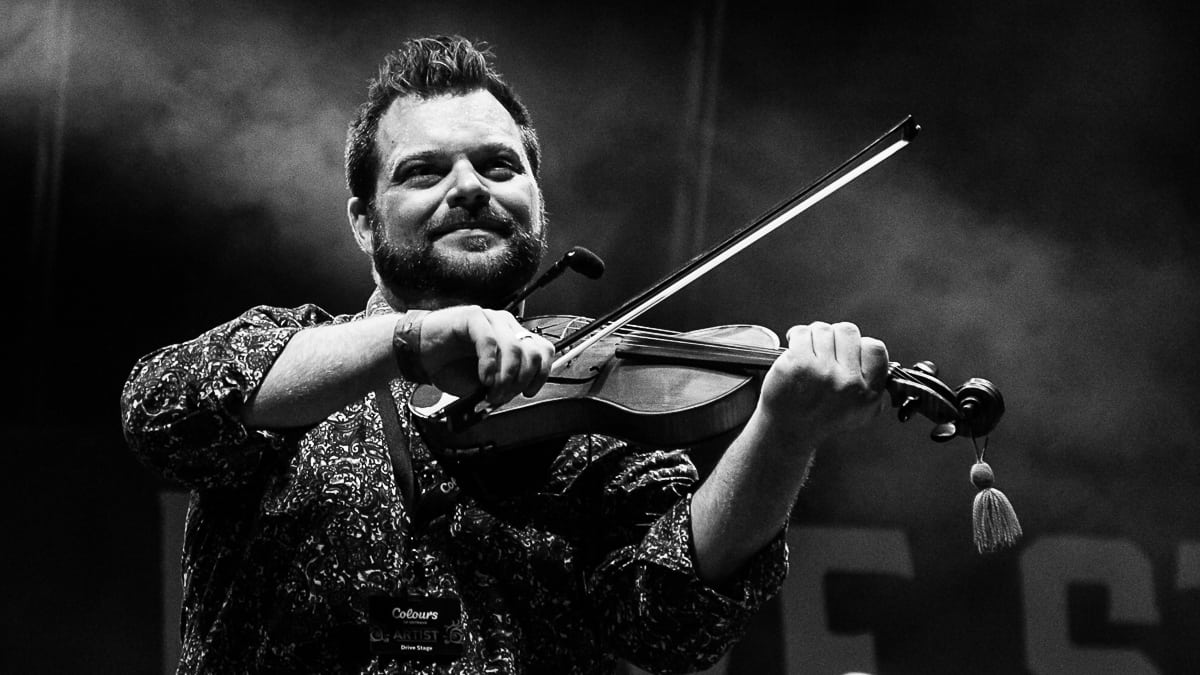 Most Surprising Set of the Weekend: Afro Celt Sound System
Music doesn’t know borders and this mash-up group with musical styles from around the world really kept the whole crowd jumping. 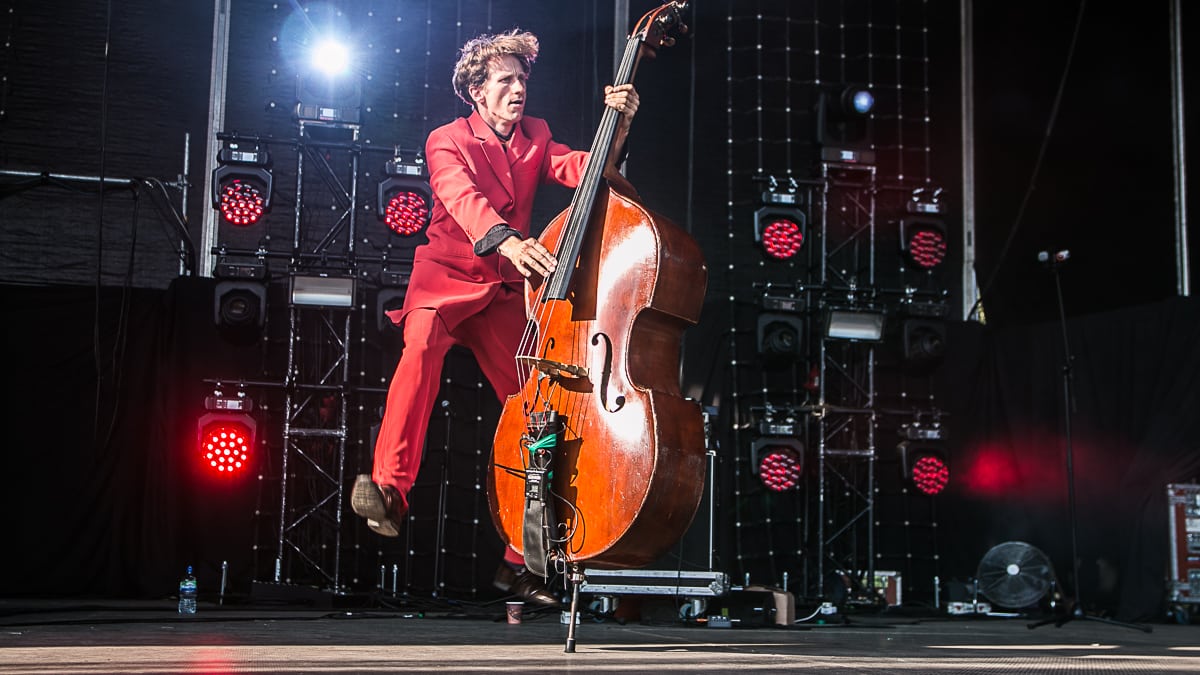 Best T-Shirt: “We Can’t Be Friends”
There’s something slightly heartbreaking about Cookie Monster’s general attitude of happiness coupled with his raging addiction to sweets that has doomed this friendship from the start. 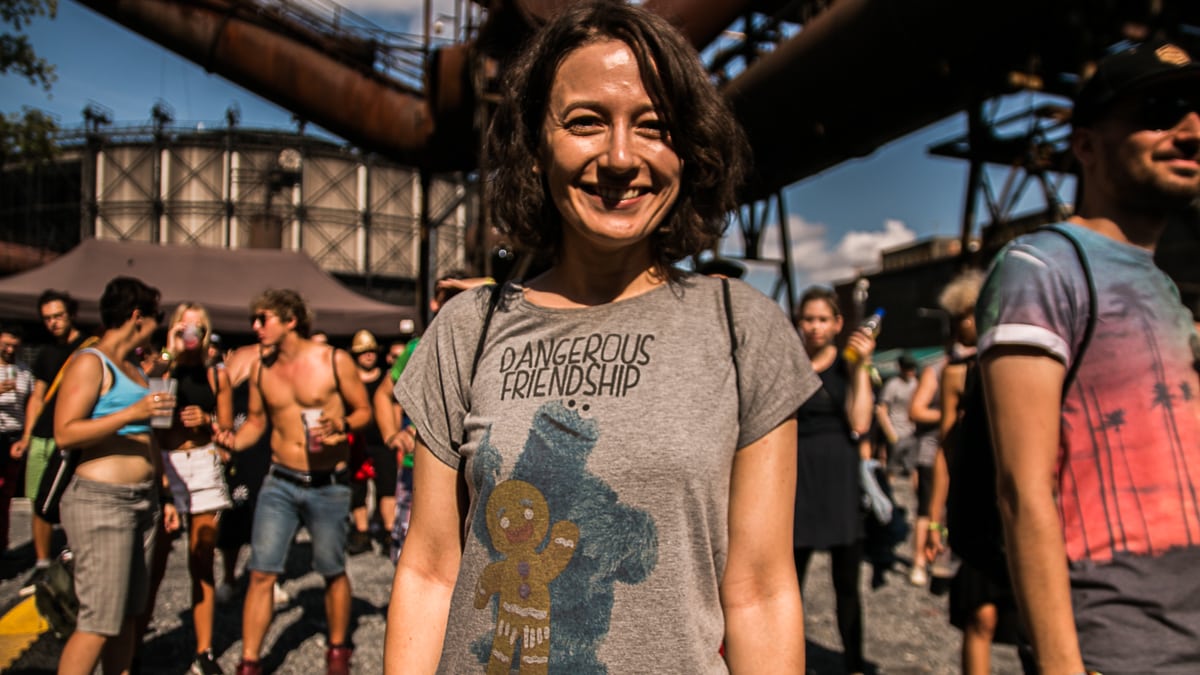 Best Sunset
The latest from my ongoing series, “100 Nights of Sunsets”. 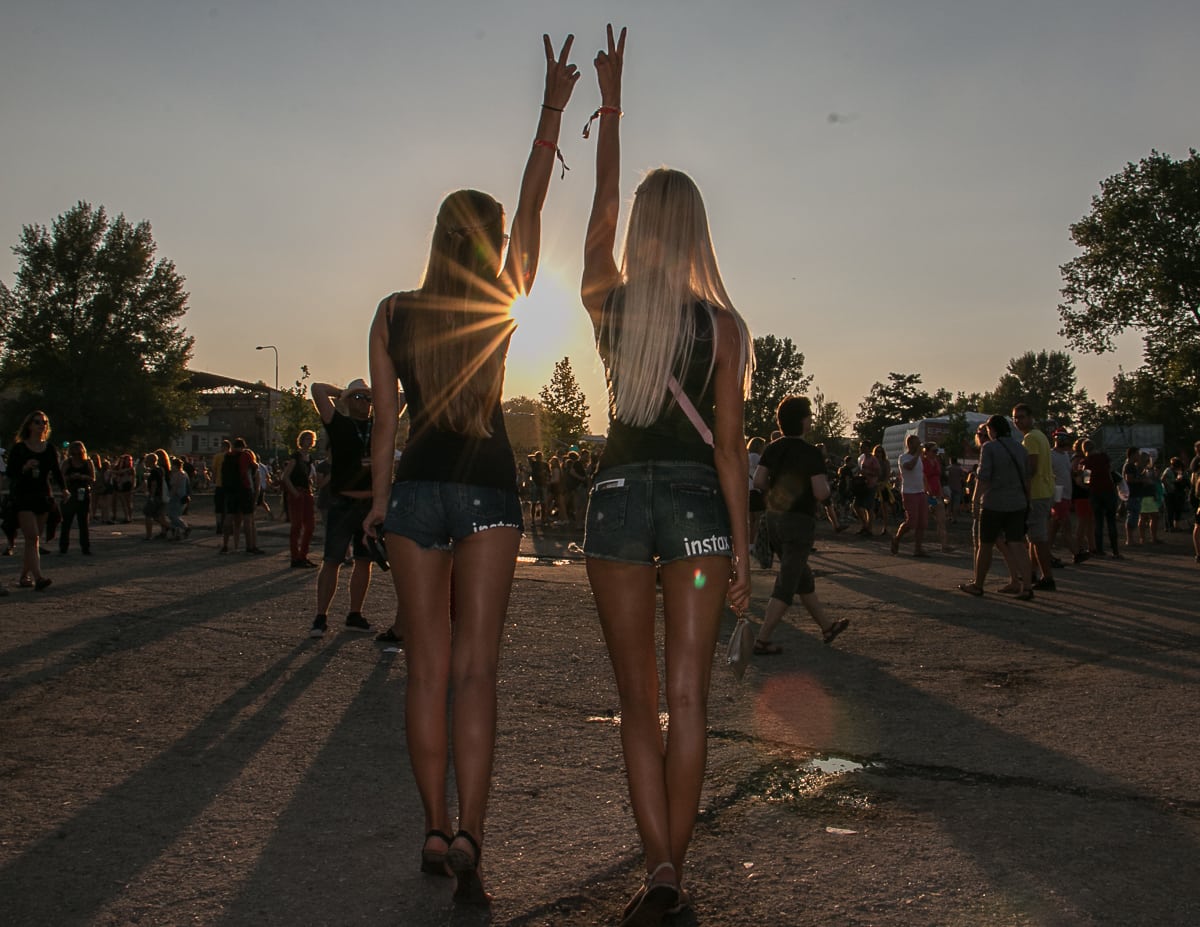 Best Spot to Relax
Comfortable cushions with shade and interesting people. I found myself hiding out in here to escape the sun and have some knowledge dropped on me — although, in this particular picture, I’m learning that rhinos and elephants will most likely be extinct in the next 20 years. 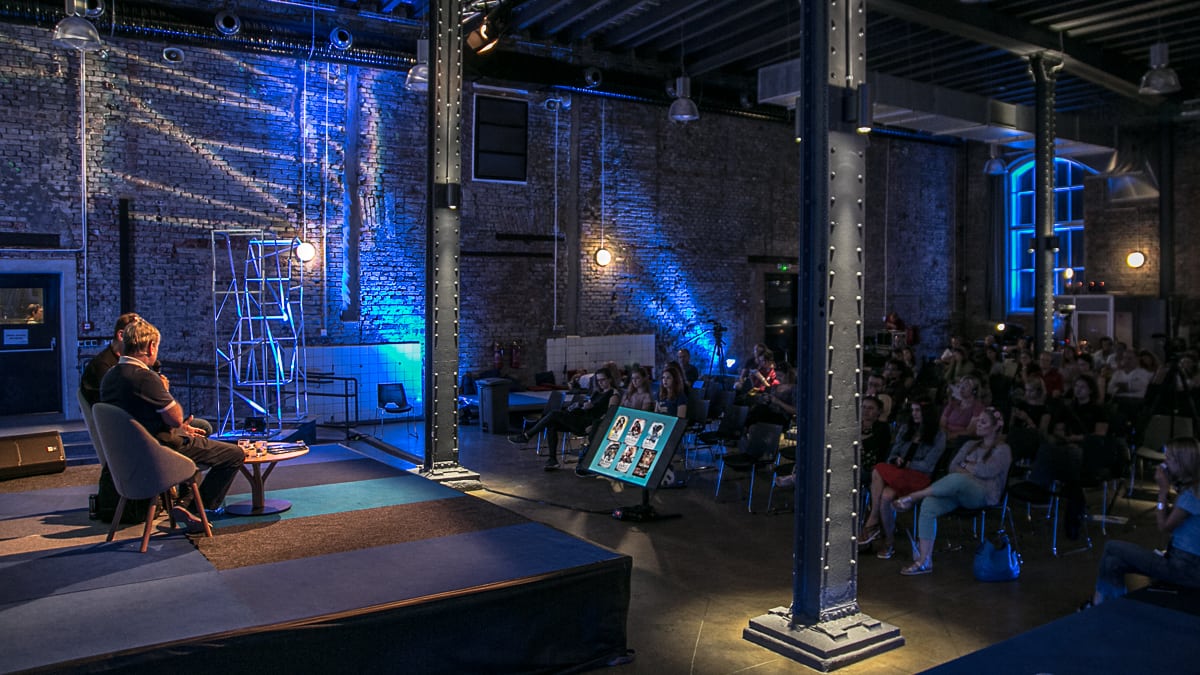 I’m really happy that Colours of Ostrava was my first Czech festival. It’s well done with absolutely plenty to do over the four days and it’s one of those fests where I barely scratched the surface of activities. Besides the stacked lineup of music and speakers, it’s worth checking out just for the incredible venue.