100 Nights of Summer: The HowTheLightGetsIn 2018 Recap

The world’s largest philosophy and music festival, set in the idyllic town of Hay-On-Wye in Wales, mixes mind-bending debates with a non-stop roster of musical discovery.

The United Kingdom is leading the charge when it comes to DIY boutique festivals, assembling a summertime slate of unique programming devoid of the corporate sameness that so often accompanies the mainstream mega-fests. When I heard about HowTheLightGetsIn, the world’s largest philosophy and music festival, I instantly made plans to attend. Where else can you attend a discussion about sex robots, dance to a Hot Chip DJ set, marvel at the circus, and participate in a rowdy late night debate about “why it’s good to be bad.” This is a festival with an identity, and one that happens to be quite a bit of fun. 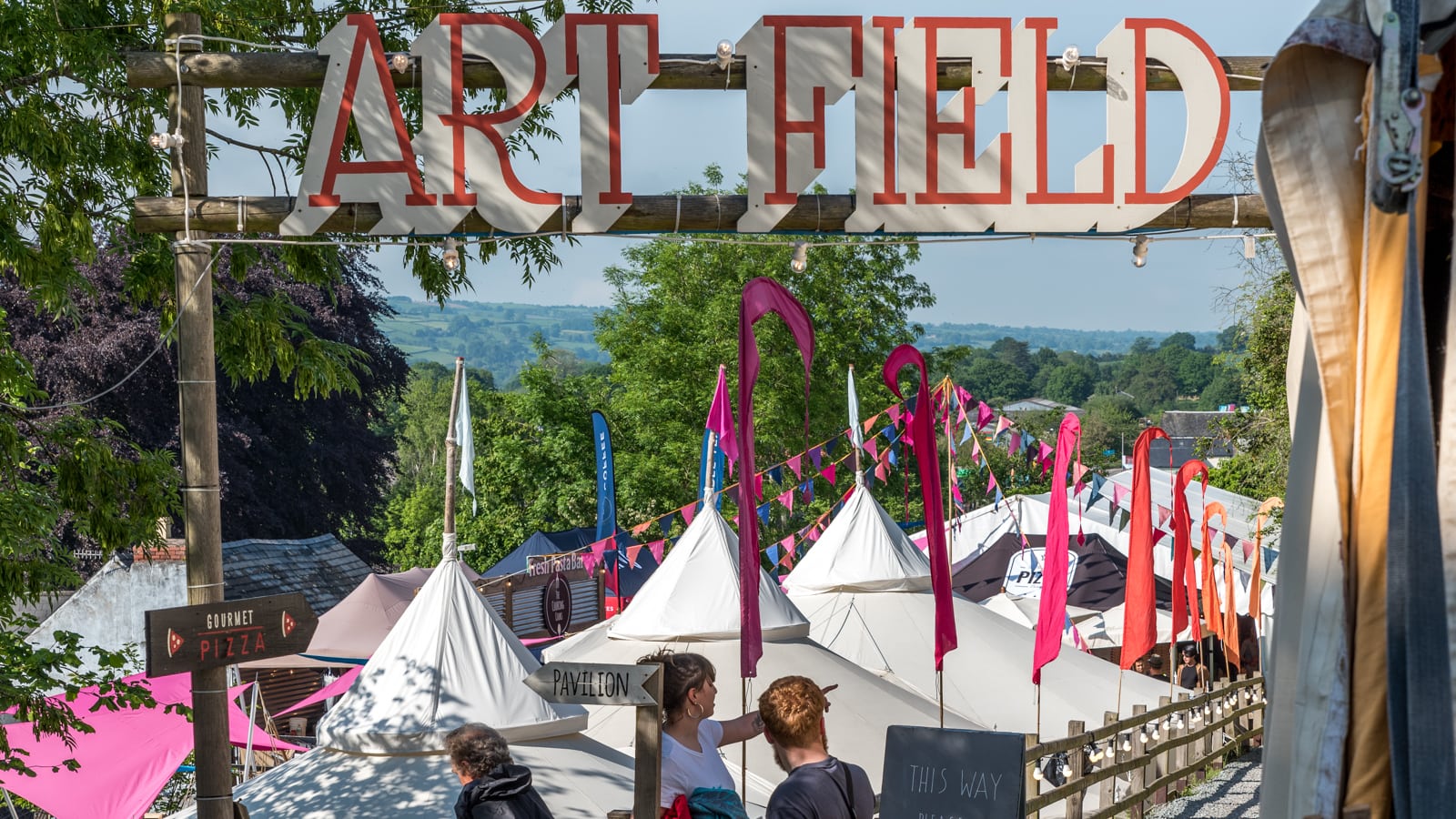 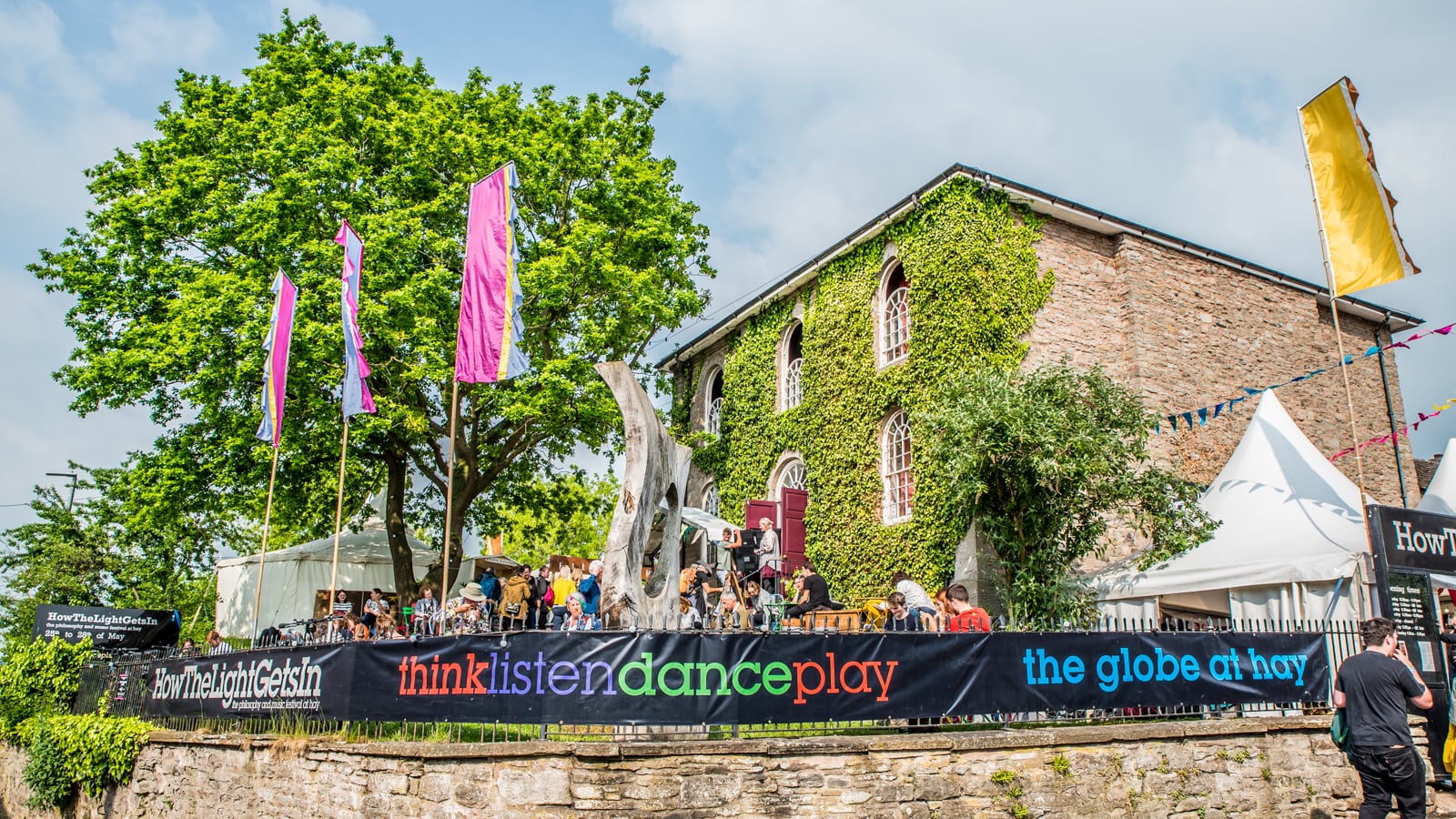 Meet Me Down By the River
HowTheLightGetsIn began with humble roots at the Globe Site, a cozy collection of tents centered around a small hall, but has since expanded into spacious new digs on a tranquil stretch of the River Wye. The Riverside Site features the largest gathering spaces of the festival along with the best late night party tent at The Hat. HTLGI is well prepared for the wild whims of the Welsh weather, with every stage protected from the rain showers that chased us around all weekend. 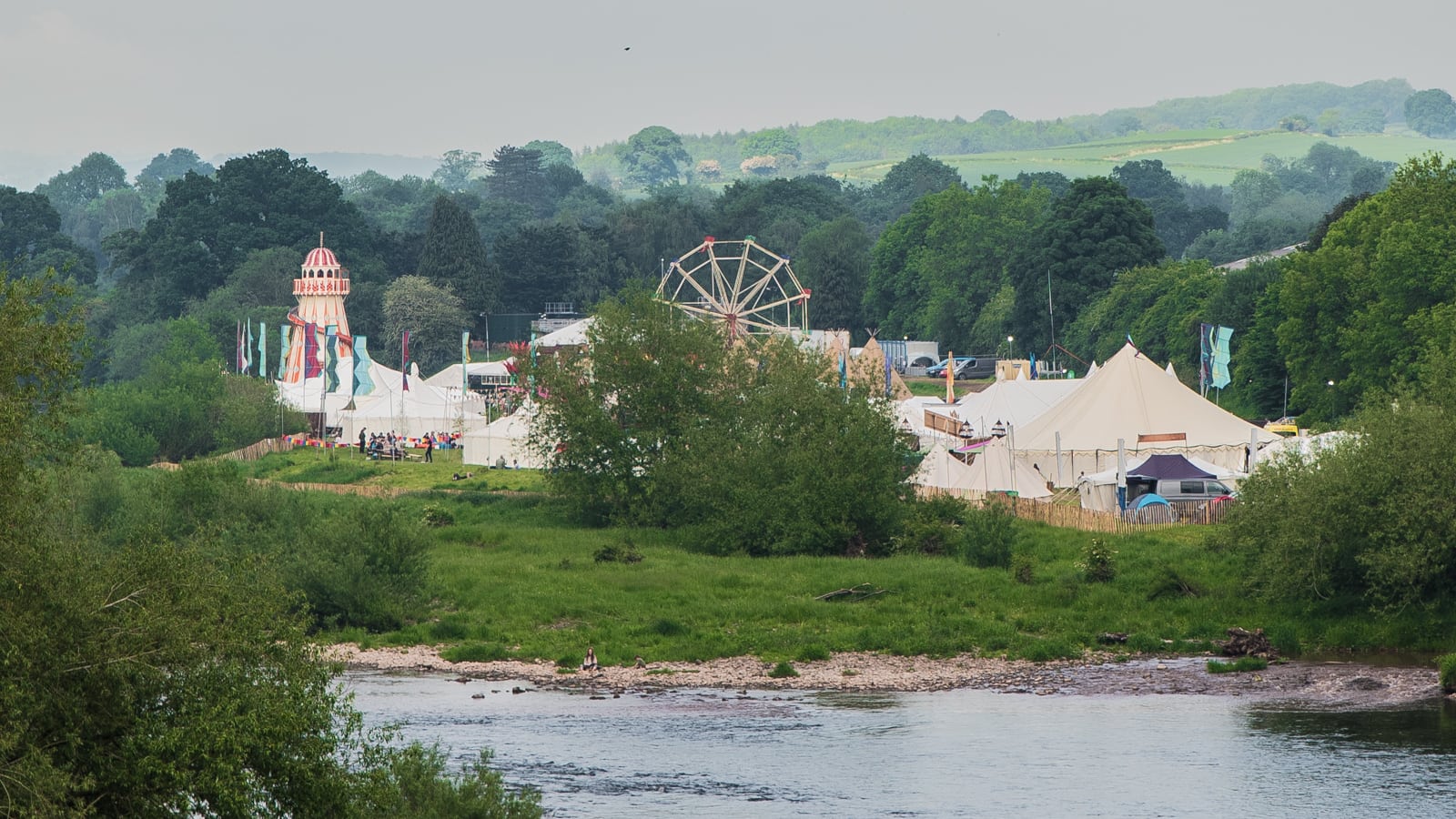 The Town of Books
The village that hosts HTLGI, Hay-on-Wye, is no stranger to festival life. With thirty bookstores (and a  population of only 1500!), they’ve been holding the Hay Literary Festival for over thirty years. Both festivals run concurrently, so while you may waffle between an afternoon of books or philosophy, everyone from both fests gathered at night to party at HTLGI.

The Speakers
An incredible collection of minds was put together to debate and discuss the state of the world along with the surreal. This is most definitely not a version of TED Talks, with speakers here being challenged by members of the audience. LSD therapy, apocalypse scenarios, human enhancements, super gonorrhea, the secret history of cool, and of course, sex robots, filled my afternoons with lively discussions. It’s the only festival I’ve been to where the attendees carry around notebooks. If you’re worried that this all sounds too highbrow, I should mention that a late night debate about “sex, drugs, and rock ‘n roll” was derailed into a long philosophical discussion about the merits of cheese, with an astounding number of people in the audience promoting an anti-cheese stance. 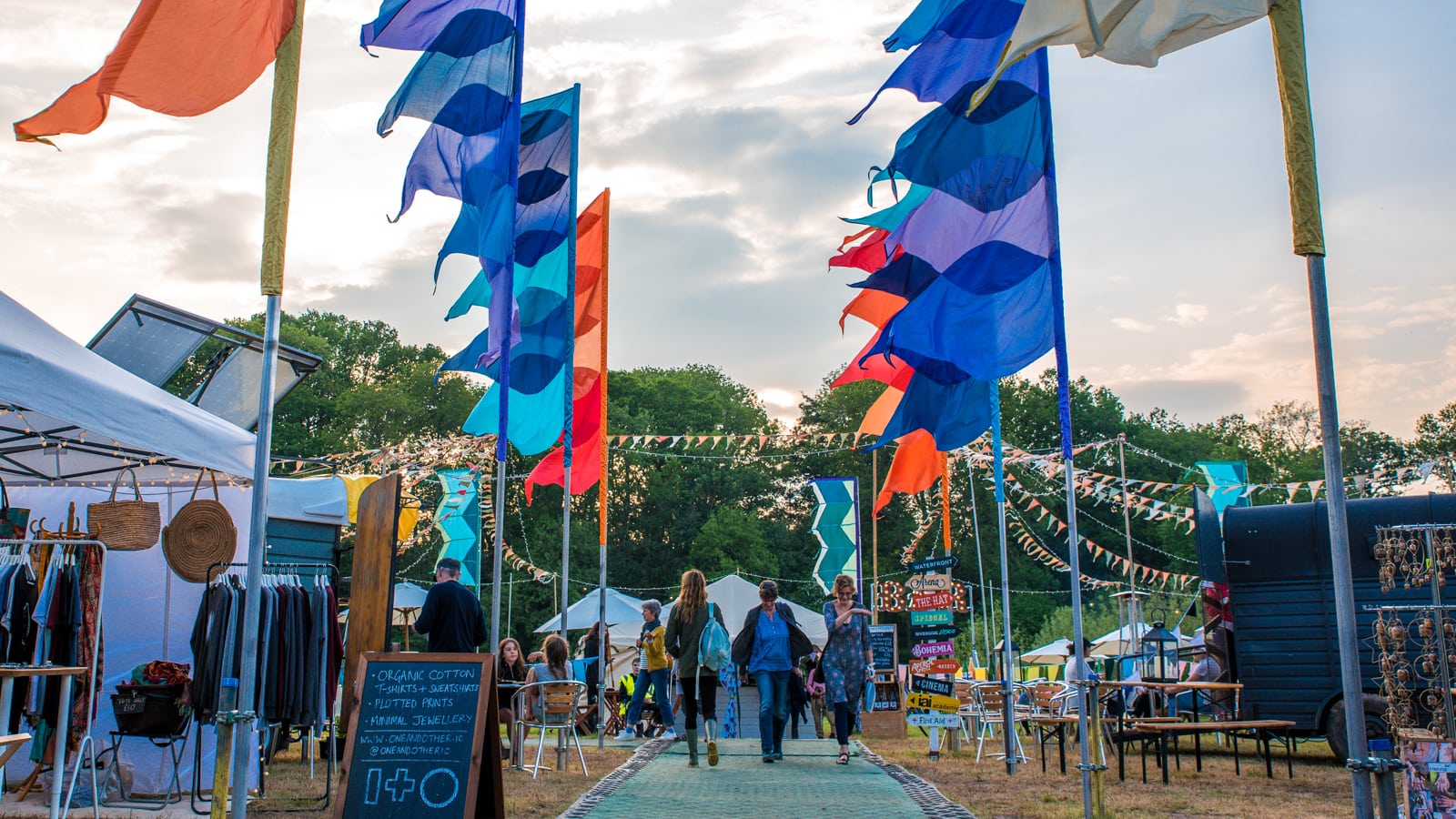 Favorite Set of the Weekend: Patch and The Giant
It’s the first festival act I’ve seen in 252 days, and I’m stoked to be back on the road shooting photos and discovering new music. This indie folk band is ready to have some fun too, including some deft improvisation during a surprise untuned mandolin incident. 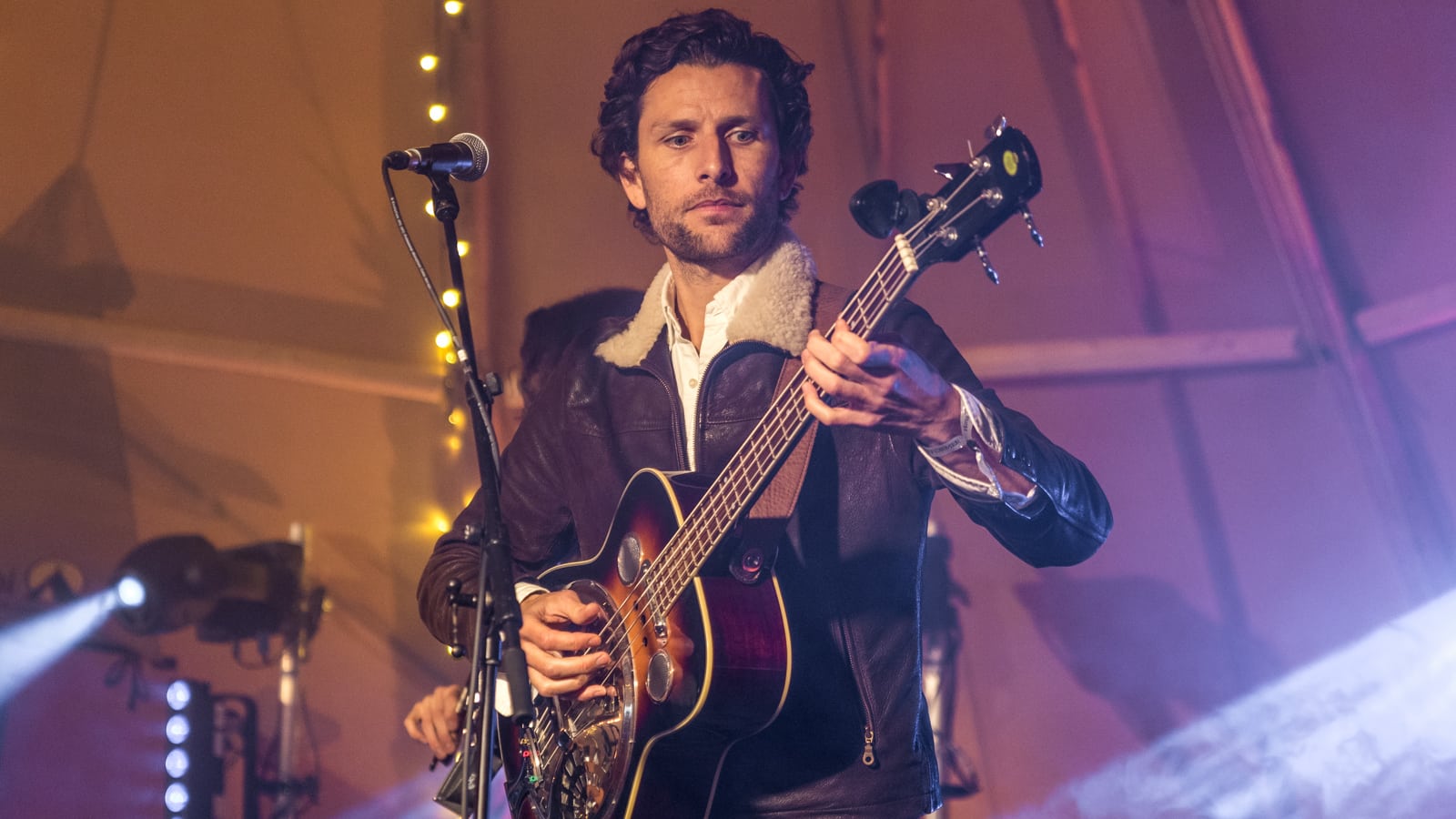 Most Surprising Set of the Weekend: Sam and the Womp
After the chairs are moved out from afternoon debates, the Hall Stage at the Globe Site becomes a foot-stomping dance party every evening with rowdy sets from The Carny Villains and Tankus the Hedge. My new favorite? Sam and the Womp. 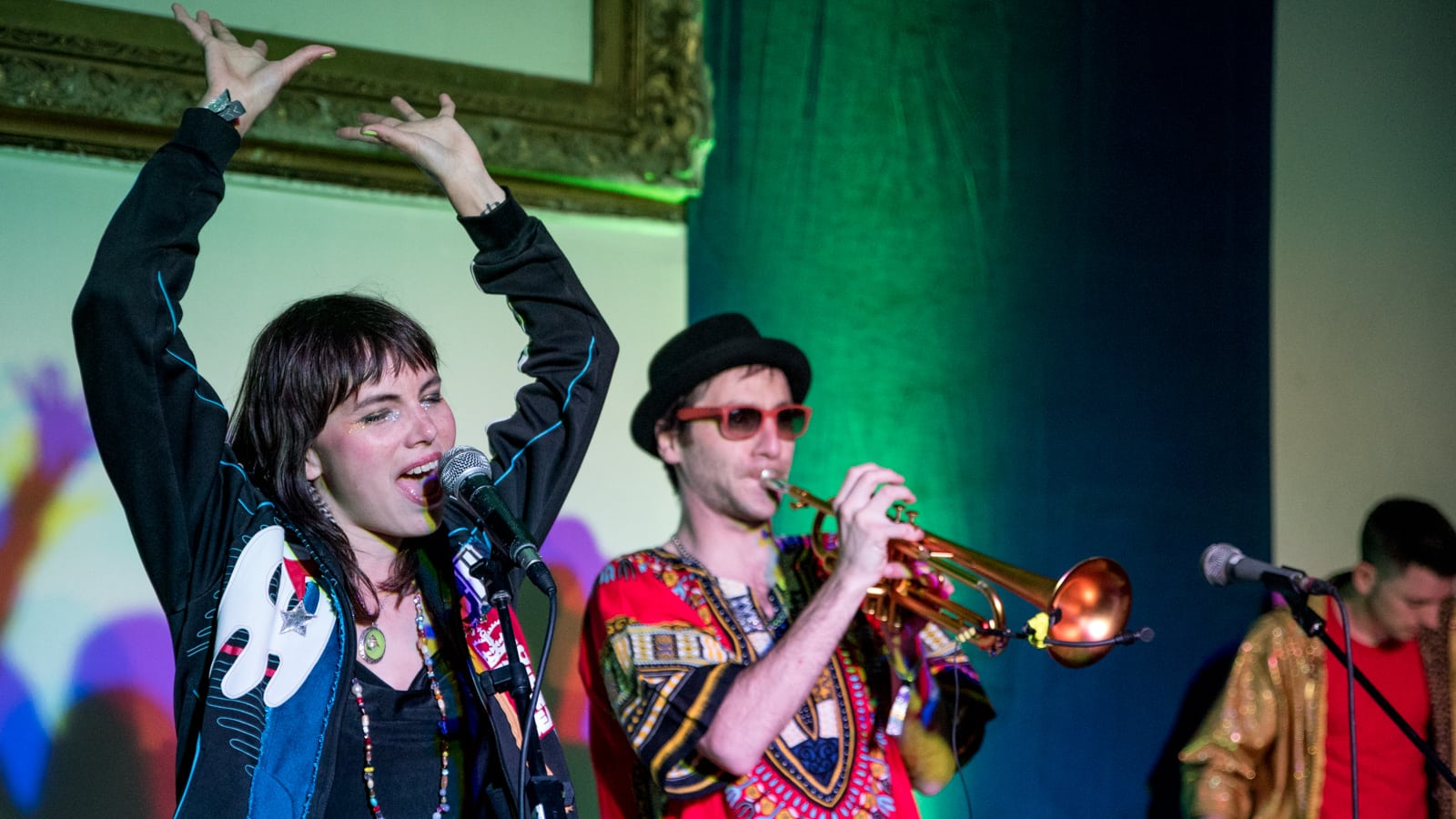 WTF Just Happened Set: Hot Chip DJ Set
After midnight, the late night crowd hits up the Hat Tent for a few glorious hours of dancing. The Hot Chip set on Sunday night was the most boisterous, with one festie being led out in handcuffs after trying to take on a security guard. Arrested at a philosophy festival! Never underestimate the English. 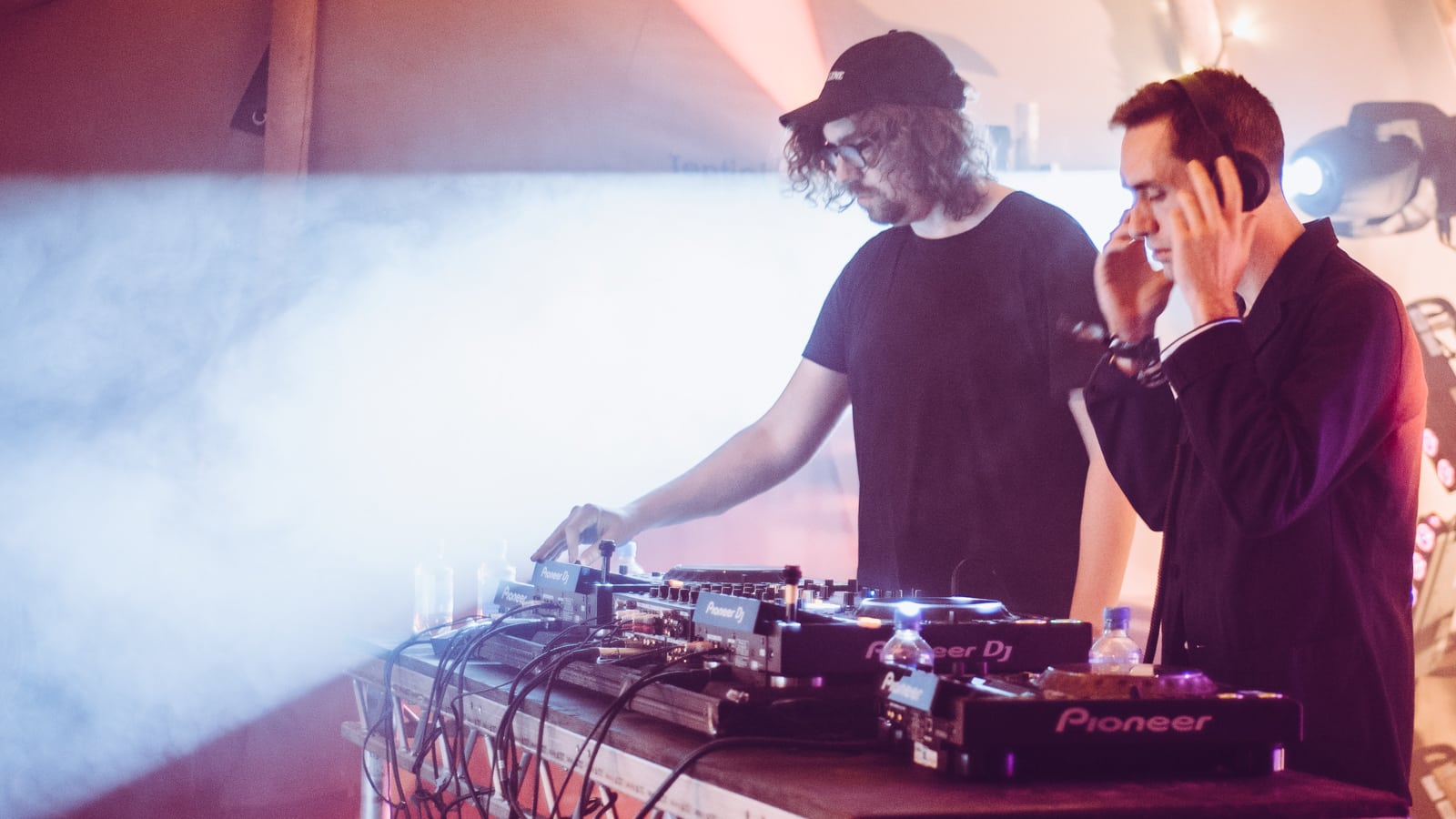 Best Weather: Sunday Afternoon
There may have been plenty of rain, but there was also some glorious summertime sun. The Sunday thunderstorms stopped by noon, gracing us with a gorgeous afternoon — and a chance for me to actually catch a glimpse of the wonderful rolling hills that surround the valley. 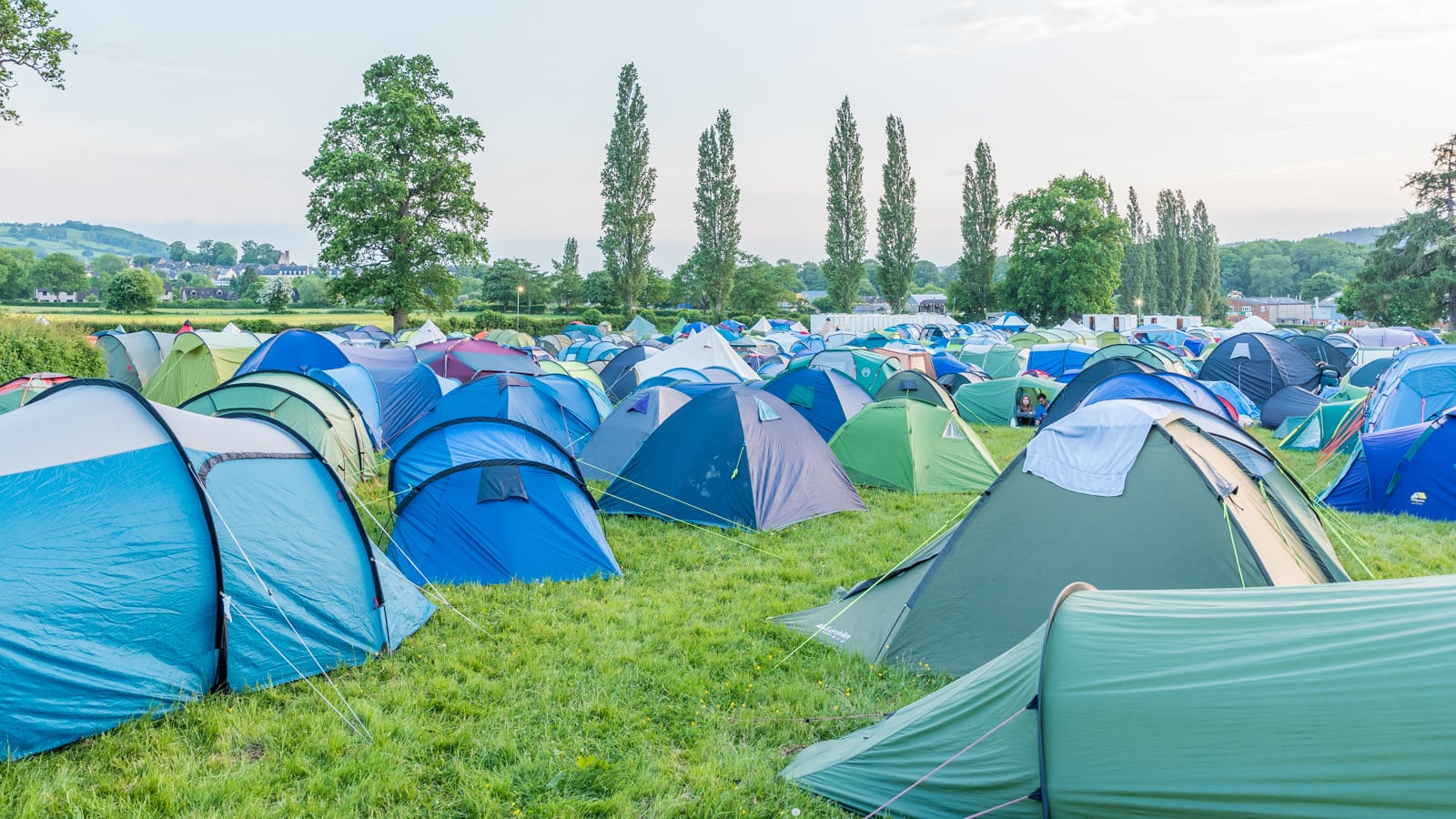 Best Offsite Pub: Beer Revolution
I slipped into town a few times for a pint, my favorite spot being this bottle and tap shop, which features delicious local brews. I enjoyed their cozy backyard garden along with a Crystal IPA from Hay brewer, Lucky 7. 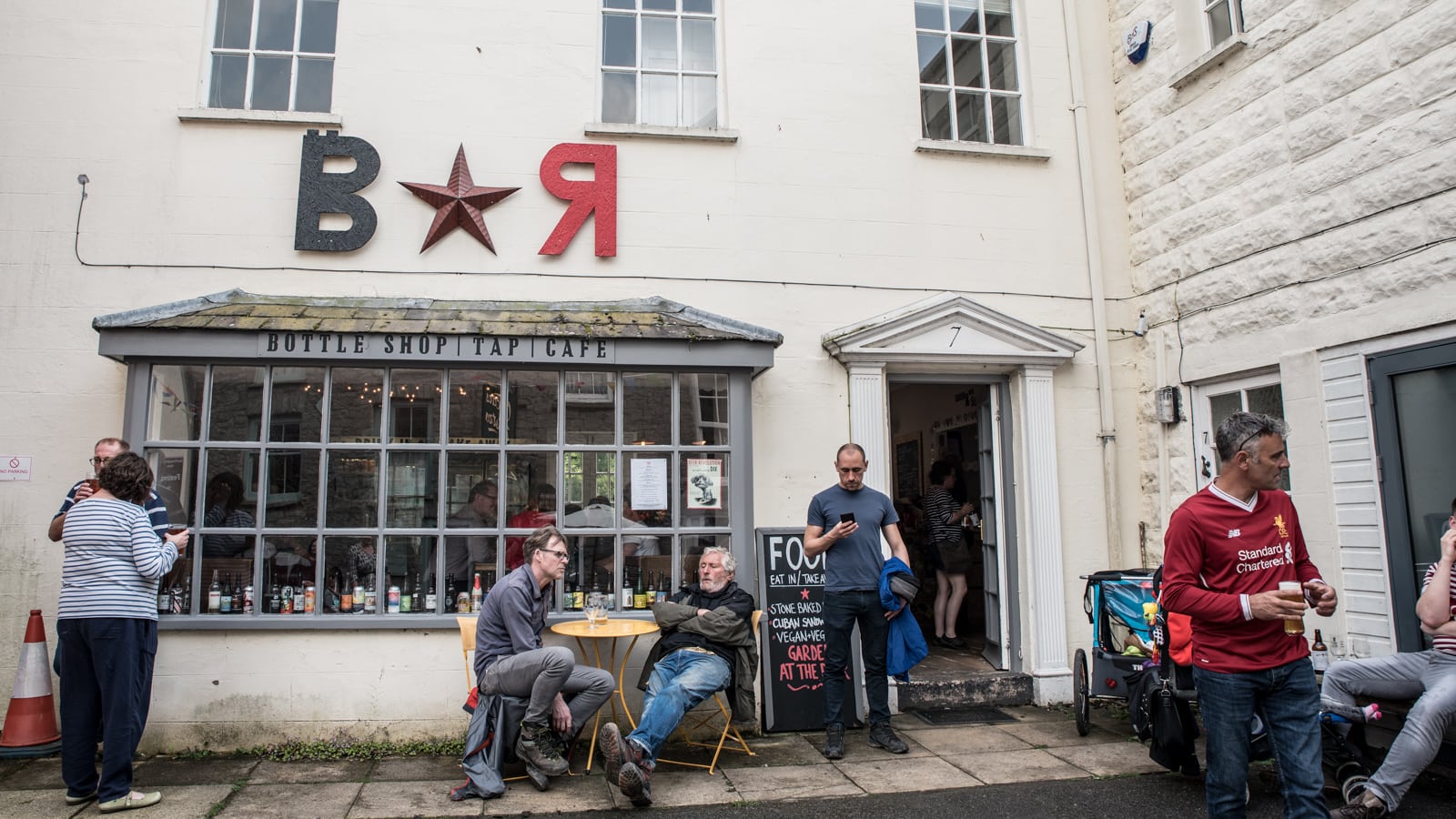 Best Aspirational Glamping Dream: Yurts
These seem fully waterproof and have real beds inside of them. I want. 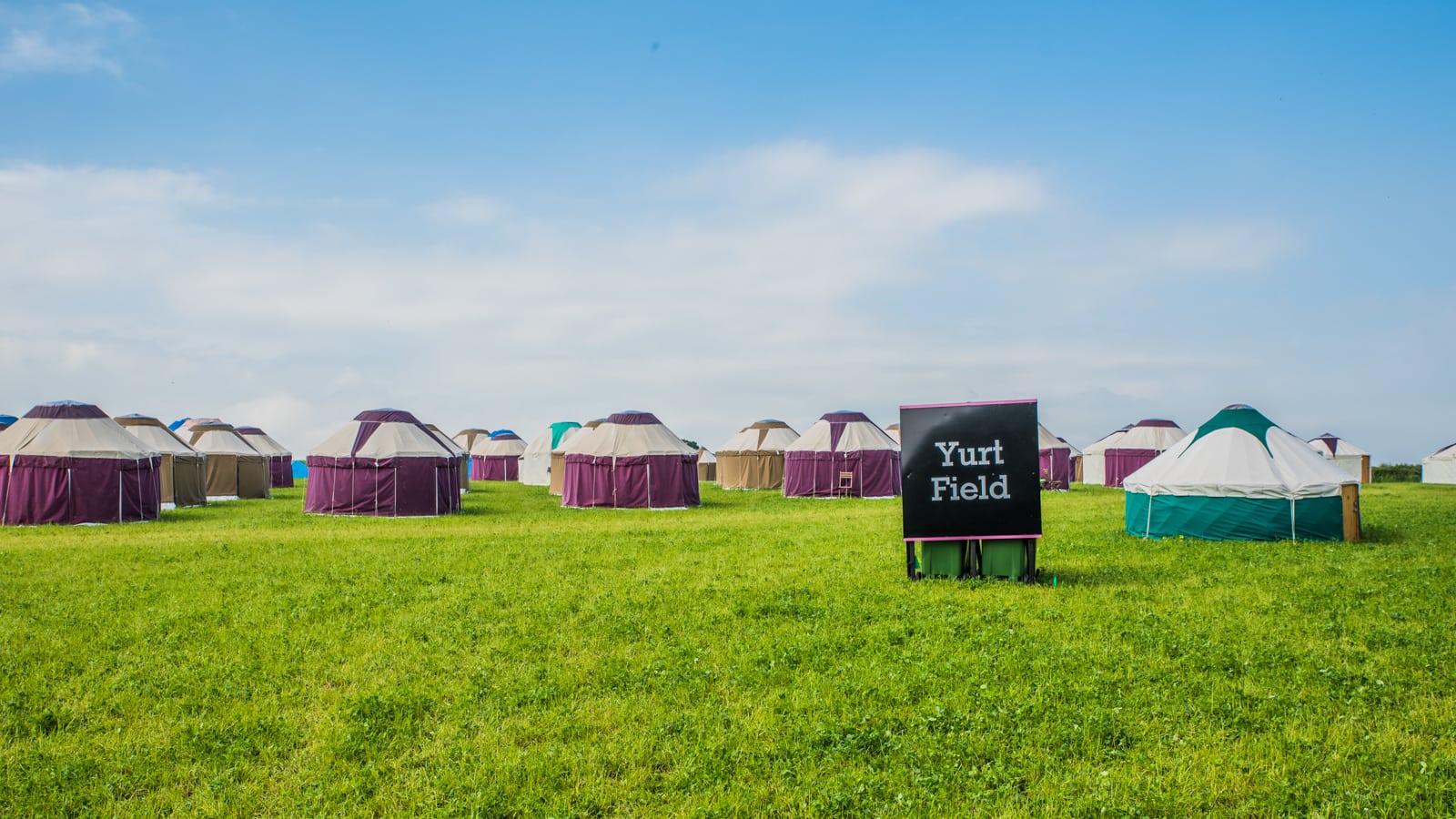 Best Local Food: Fish And Chips
I’m late for a panel called “How To Make The Right Decision” because I made a snap decision that I should stop and eat fish and chips on the way. Despite knowing that this is a terrible decision for my stomach, I believe it’s important to experience culture in all its greasy and semi-disgusting forms. I ordered the smallest portion I could find which they called a “mini fish n’ chips.” I also miss most of the panel. 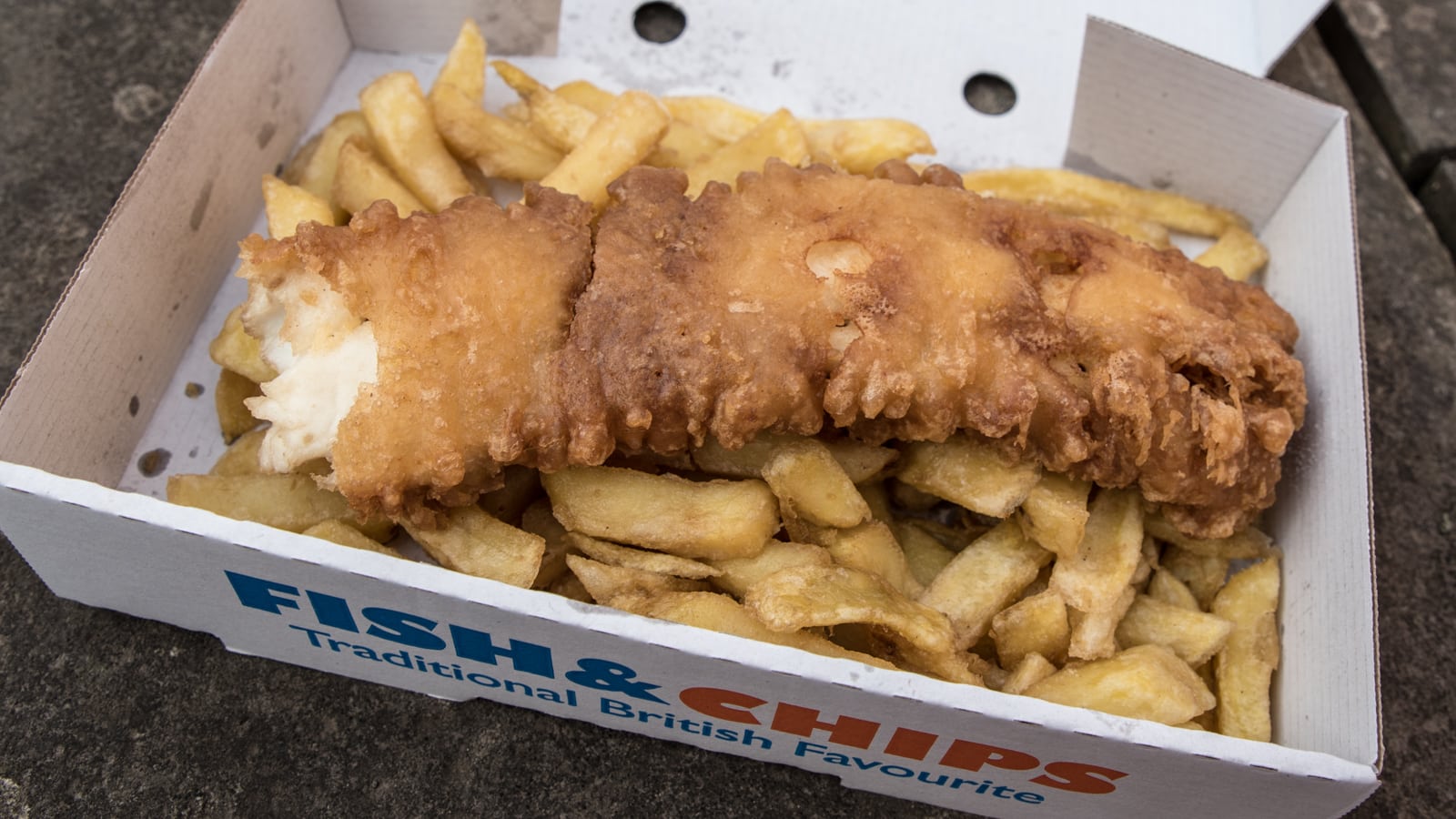 Where Did You Sleep This Week?

I love camping, but I do not love the rain, which started immediately upon my arrival to Hay. Still, I was more than happy to start field testing this year’s collection of camping and travel gear, including my Big Agnes Copper Spur Classic Tent, which stayed dry throughout a variety of rain conditions.

The campground at HTLGI was cozy and close to the Riverside venue, and even more amazing, a Co-op grocery store across the street kept me stocked in provisions for the weekend. Also, flushable toilets onsite — no porta-potties here! 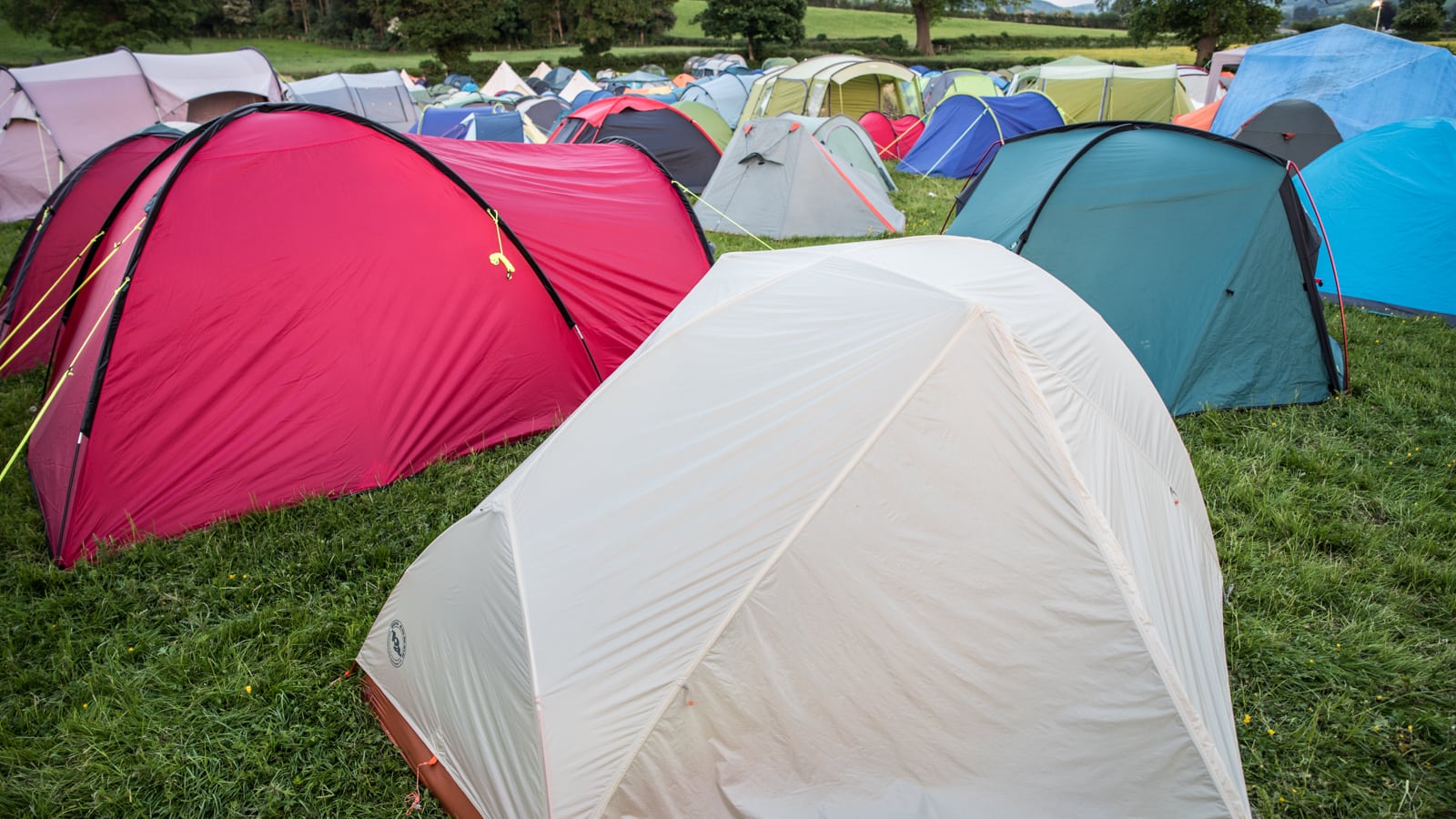 HowTheLightGetsIn is one of the most interesting concept festivals I’ve run into over the last four years, combining the traditional aspects of the festie experience (camping, music, general debauchery) with some truly mind expanding concepts. By the end of most festivals, I feel like I’ve burned out a solid chunk of brain cells, but after HTLGI, my mind was still buzzing with all the new ideas sparked by the discussions and panels. Make sure to check out their new edition in London, coming this fall.