On the bucket list since I started 100 Nights of Summer, OFF Festival lives up to the hype with one of most imaginative lineups of the European summer. Here you will find acts like a jazz electronic duo teaming up with a full orchestra, booty bumping tunes from New Orleans, and classic indie rock artists all performing side by side at the cozy Three Ponds Park of Katowice, Poland.

If you’ve been following my journeys at all over the last four years, then you know I’m a huge fan of the small and medium DIY indie festivals like Maifeld Derby, NOS Primavera Sound, and TINALS. A number of these fests have sprung up across Western Europe over the last decade, but not much was happening east of Germany until OFF showed up and changed the game. 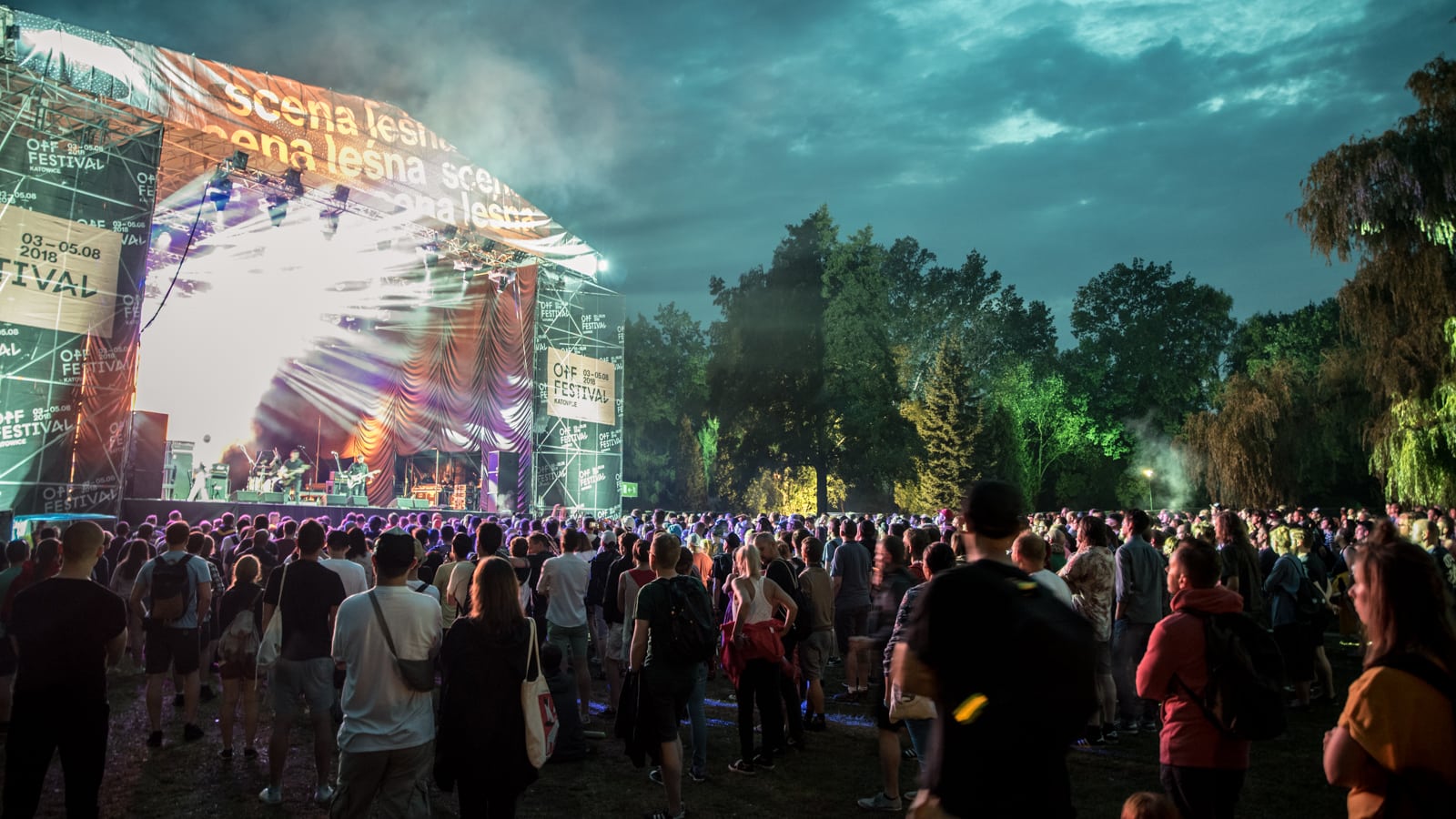 Primavera Sound of the East
OFF Festival has a vision which comes from its founder Artur Rojek: “If you’ve ever wondered how a black metal band gets booked next to a shoegaze or a techno act at the OFF Festival, now you know. The lineup is just like my tape collection, except it’s live and available for everyone to hear.” And let me tell you, it’s an amazing mix-tape. 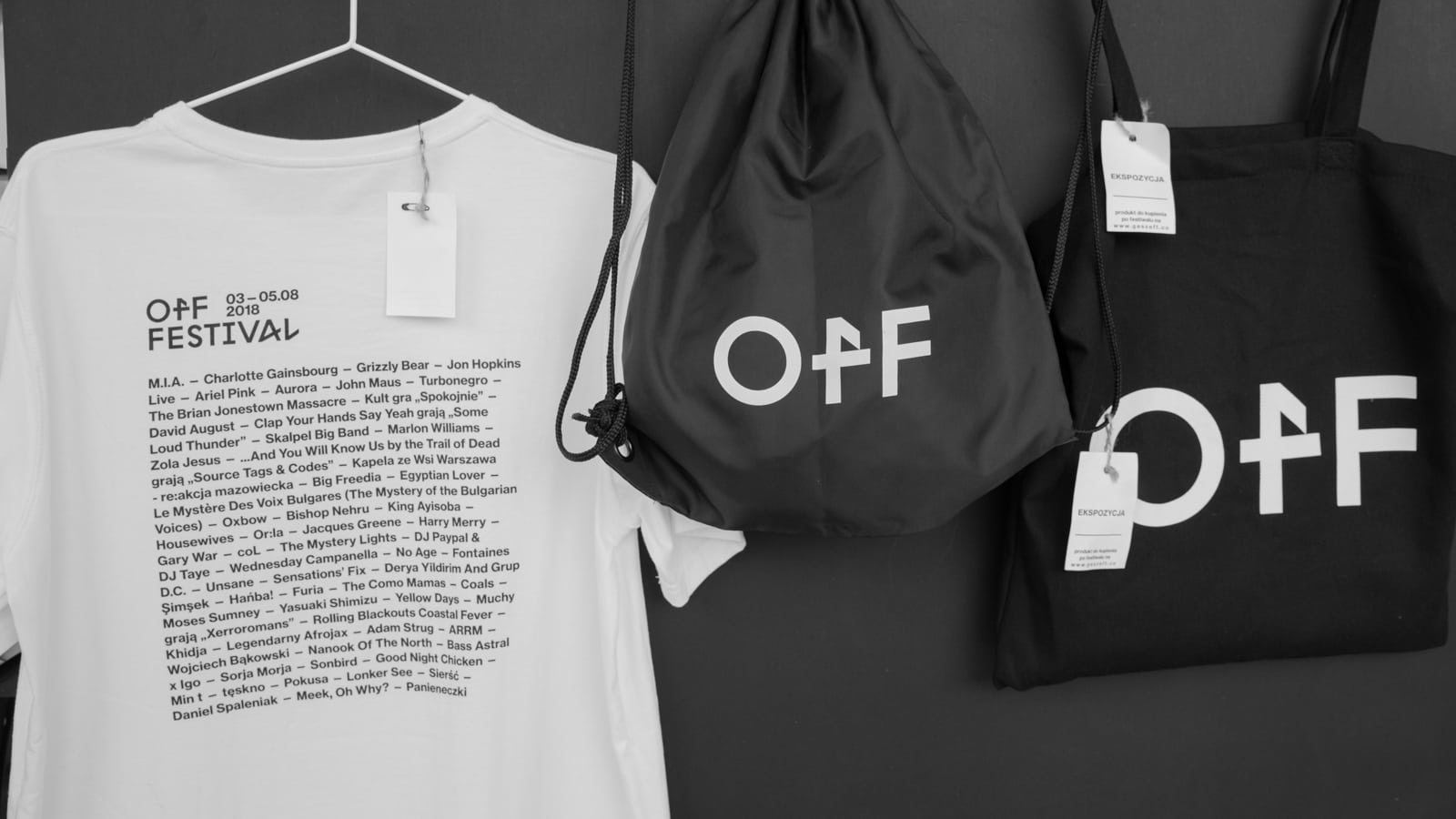 Three Ponds Park
In the corner of an abandoned airport field, OFF Festival sits in a charming nook of woods and grassy fields with shade and comfortable places to sit under stately willow trees. Like all my favorite festivals, everything is close together which means not chasing artists across massive fields . The main stage anchors the festival and when music isn’t playing there, festies drift over to the tranquil Forest Stage and Trojka Stage. 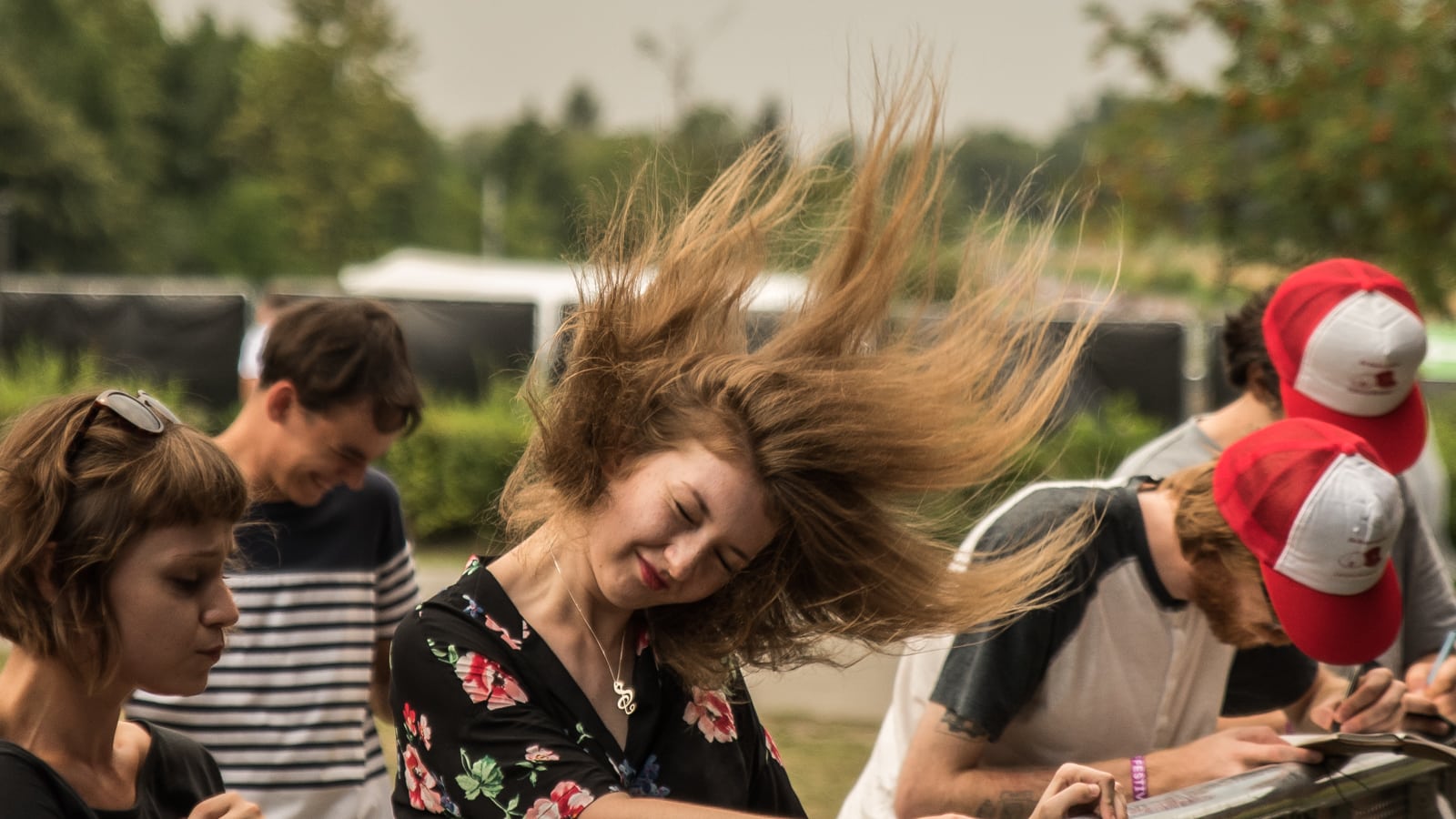 What I Didn’t Like
–Schedule conflicts. I found myself constantly torn between artists playing at the exact same time.
-Soundchecks. The Forest and Trojka Stages are side by side, which is nice, but not when the ethereal sounds of Coal are being overwhelmed by the drum check for metal band Unsane.

Charlotte Gainsbourg
My pick for the best set of the weekend was Saturday night headliner Charlotte Gainsbourg. The French-British actress and singer took to the stage under a twisty mirrored lightshow with a silky smooth set that had to crowd grooving. 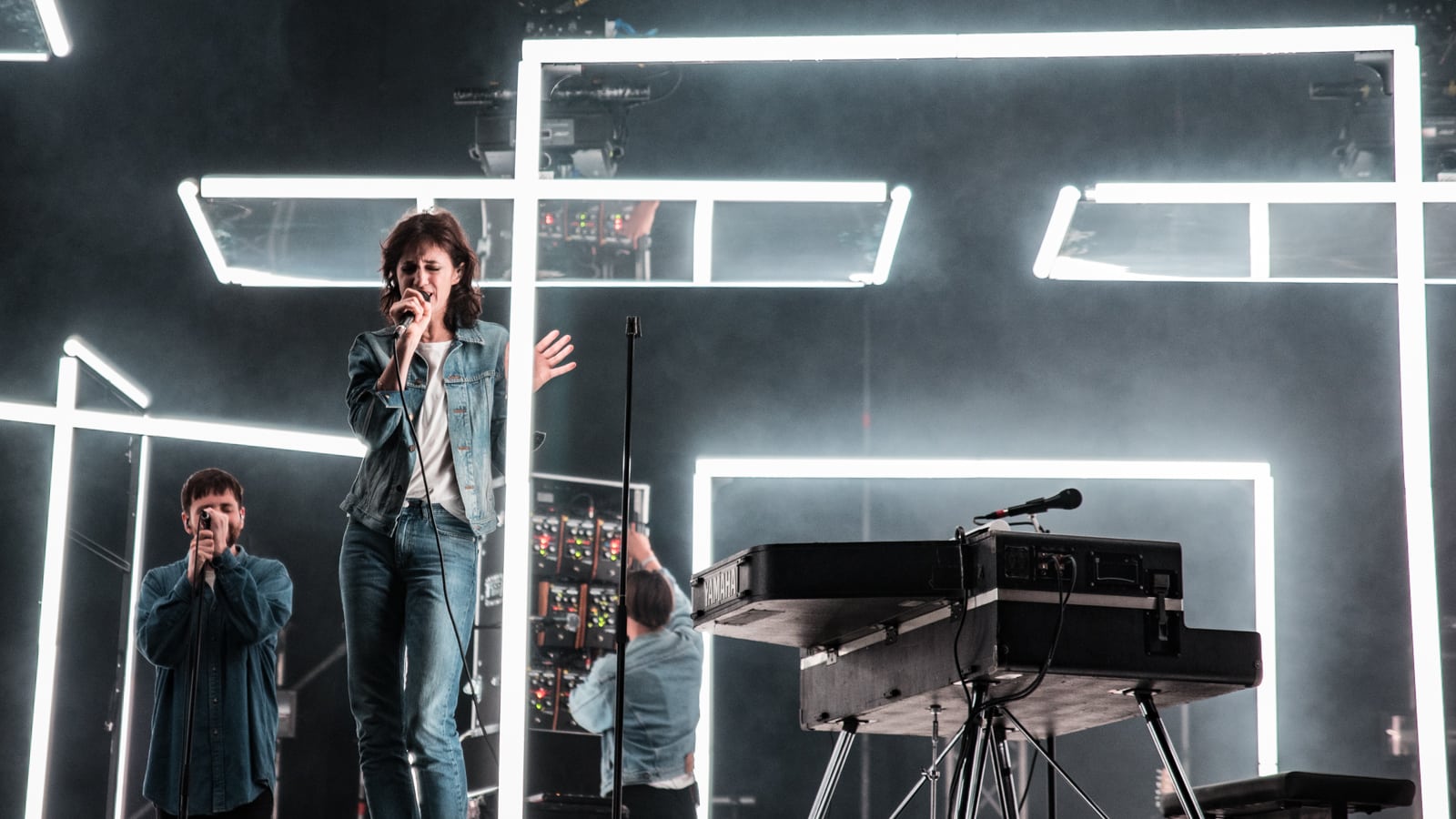 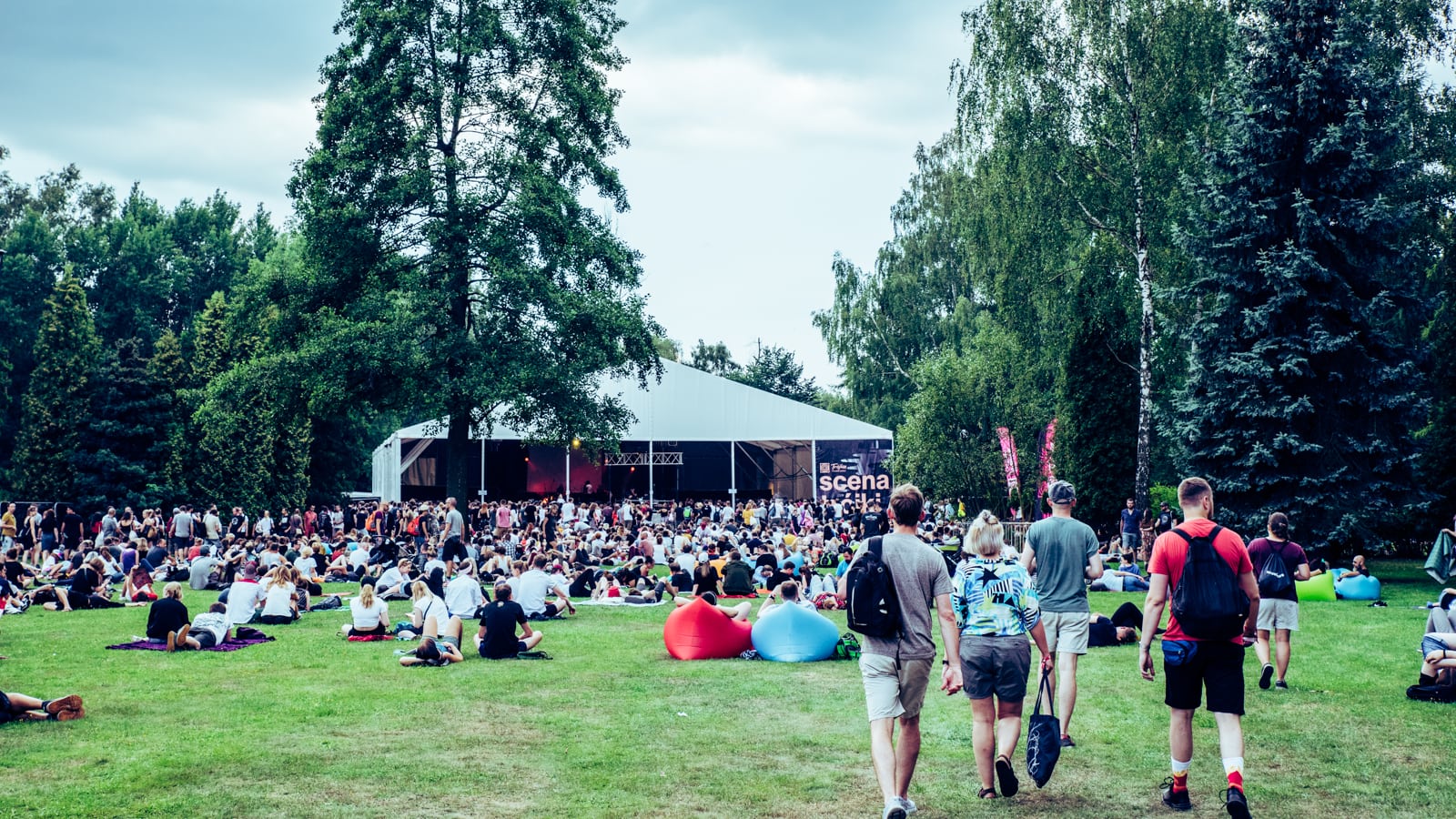 M.I.A.
I wasn’t the only one that thought M.I.A.’s performance on Friday night came off a bit unhinged. Yelling at the sound tech, complaining about the water, and occasionally drifting into space during the show, she definitely put on an interesting set. 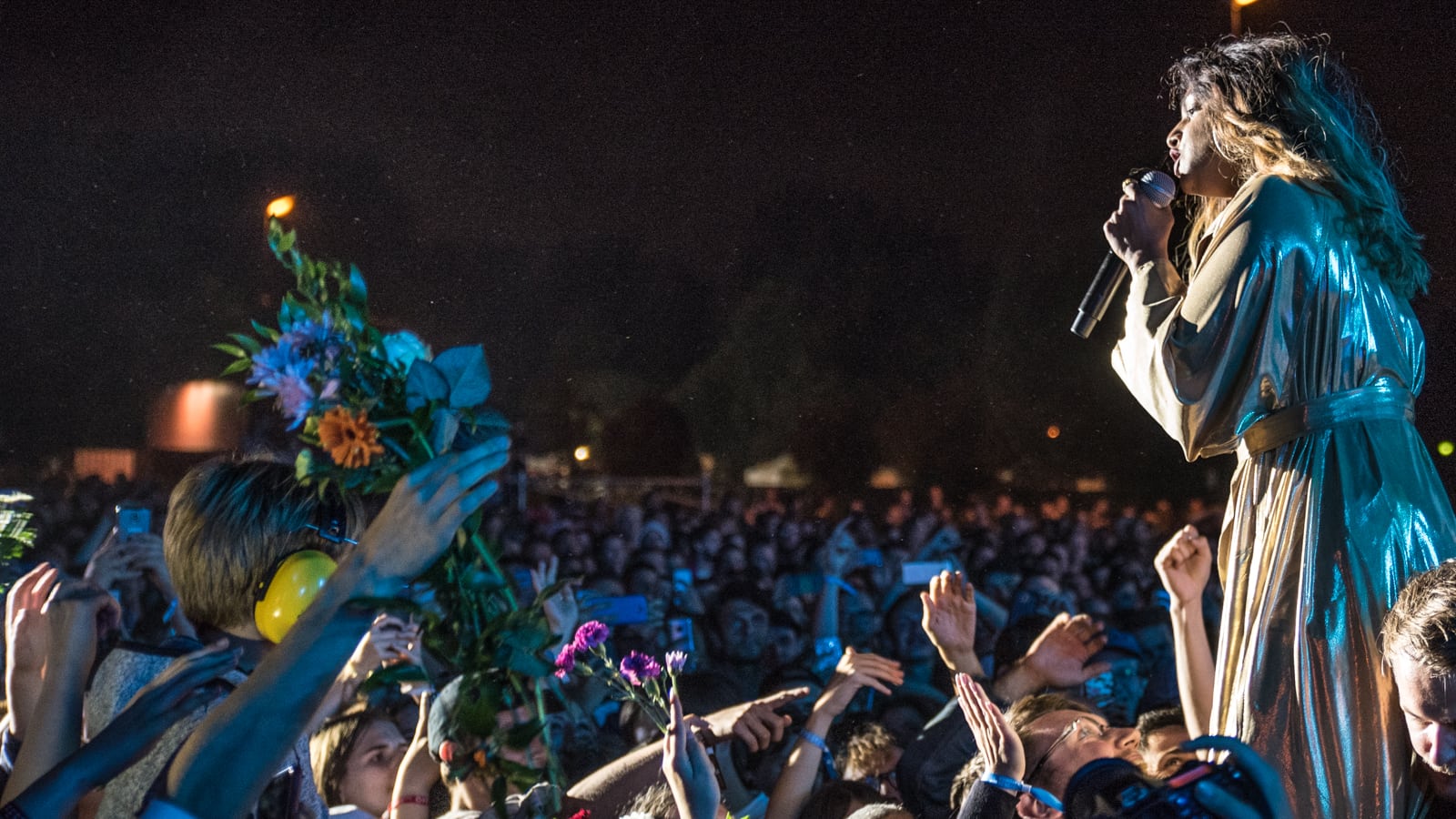 Skalpel Big Band
This Polish duo mashes up electronic sound with a full jazz orchestra and the result is a beautiful mixture. The composer they collaborate with at OFF first heard Skalpel at a jeweler’s workshop in Venice, tracked them down, and now is sharing the stage with them.

Big Freedia
Big booty dropping comes to Poland. It’s always fun to watch this New Orleans artist tear into an unsuspecting European audience. By the end of the show, Big Freedia had the entire audience singing along to Whitney Houston’s “I Will Always Love You.” 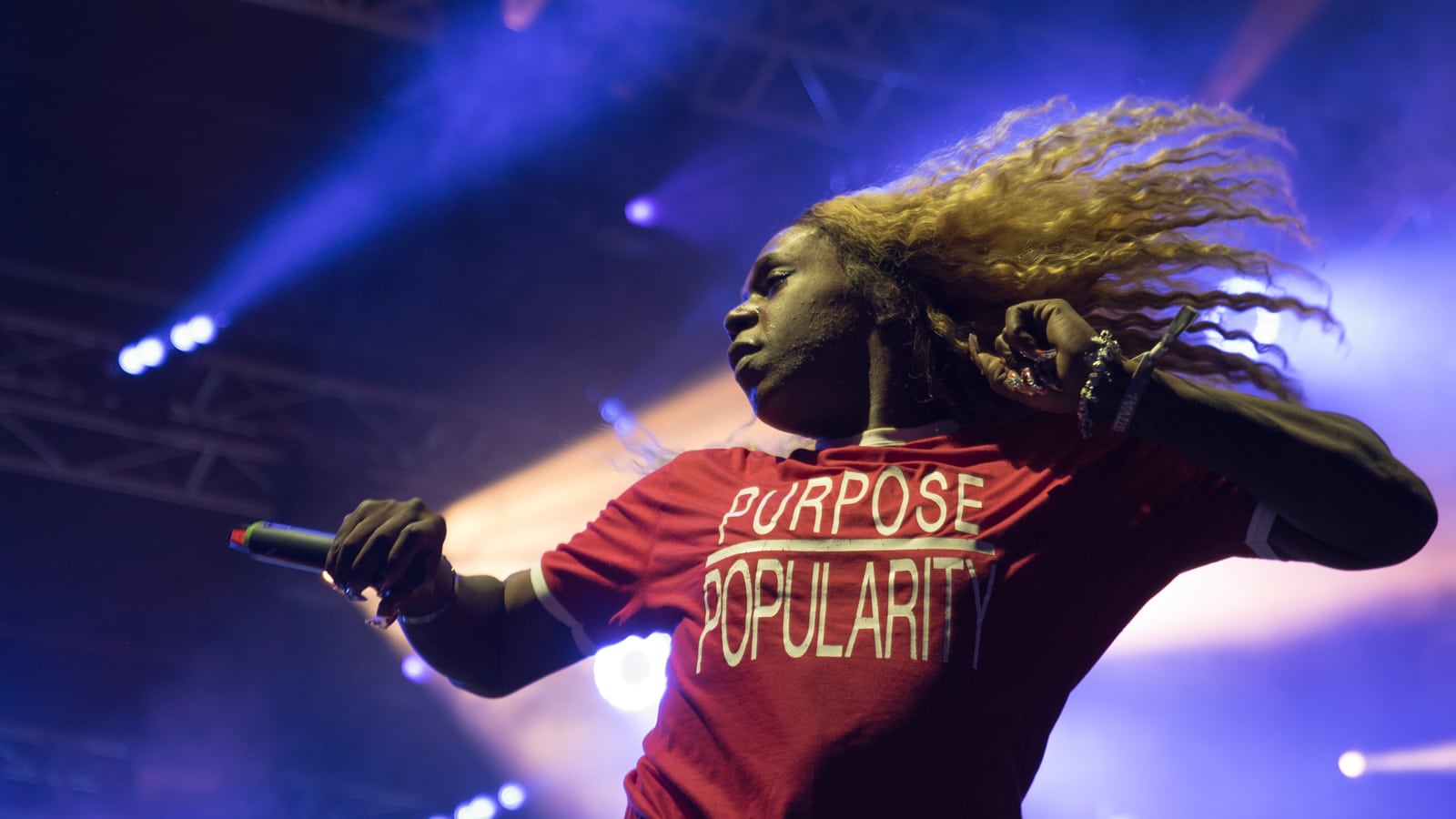 Aurora Super Fan
I last saw this girl at the front row of Pohoda Festival over a month ago. Here she is again just crushing her way through what I’m guessing is the best summer of her life. 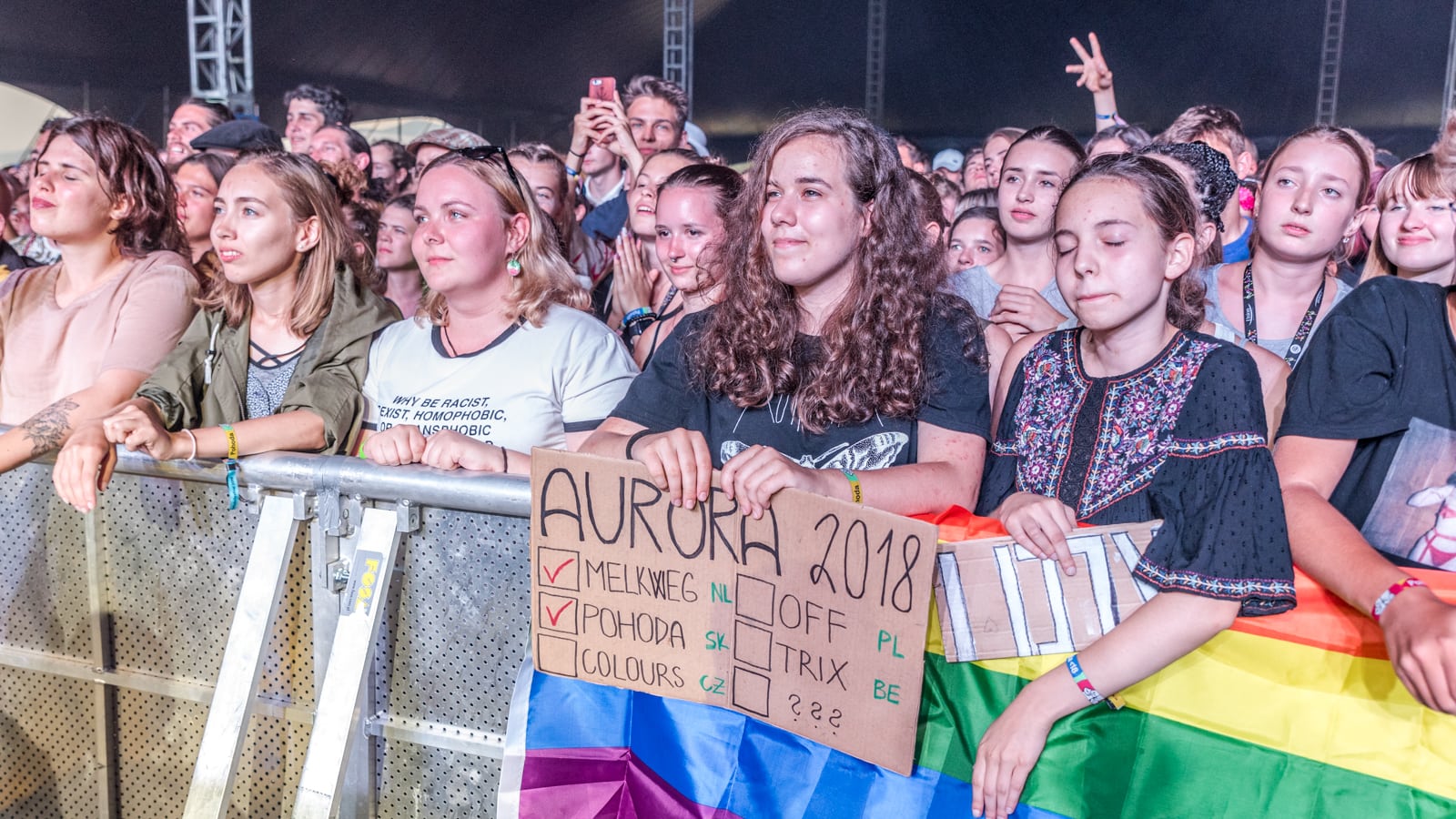 Resting in Style
Saturday night was rough. I feel her pain. 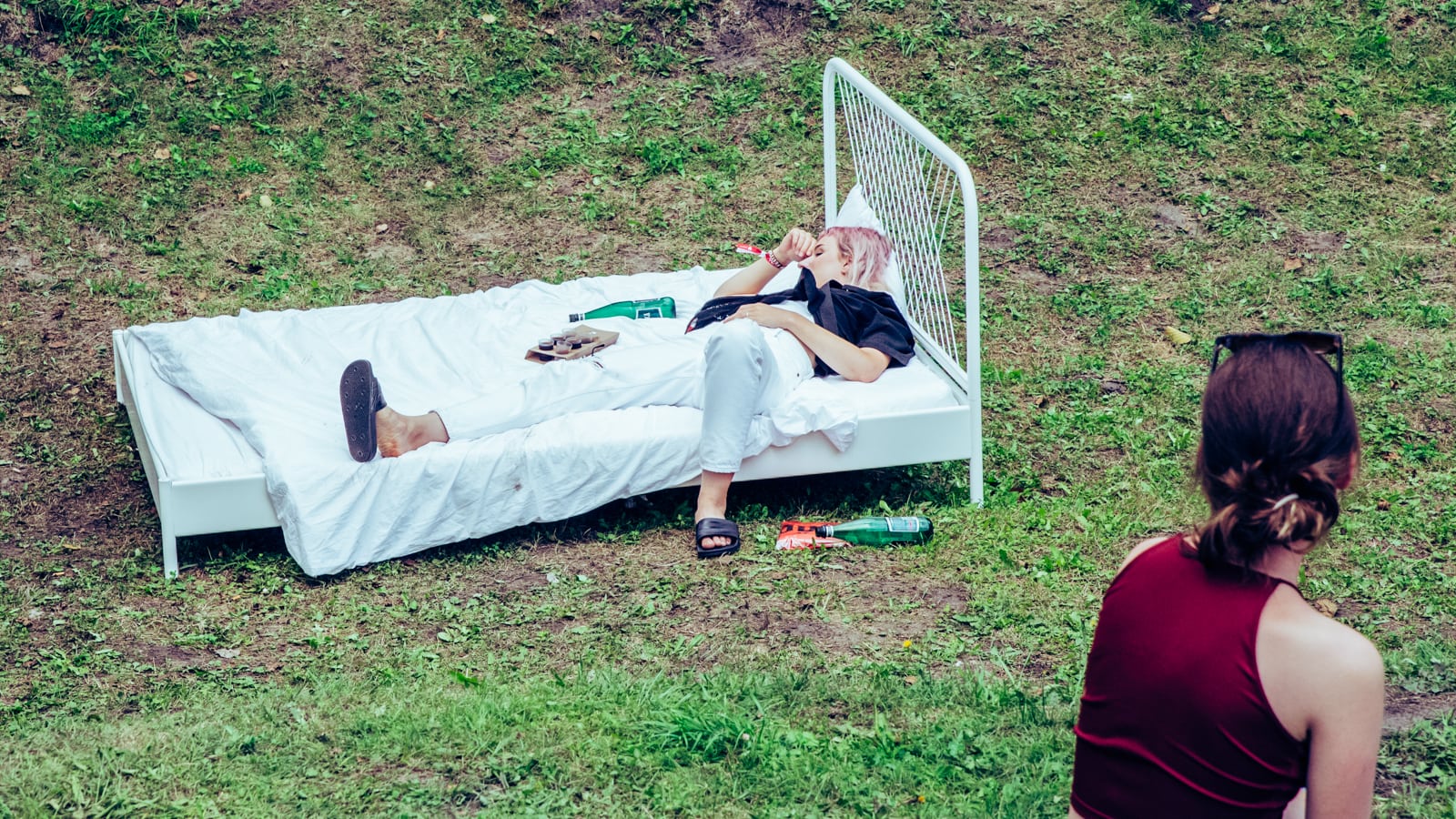 The Strange Rules of Polish Festivals
You can drink at Polish Festivals – just not at any of the stages. There’s designated drinking pens (also called “beer prisons”) where you can watch the shows from a distance behind chicken wire fencing. The exits are zealously guarded by security officers who also scout the crowd for any ne’er-do-wells that attempt to enjoy a beer while watching a show. You also can’t bring out food or coffee. 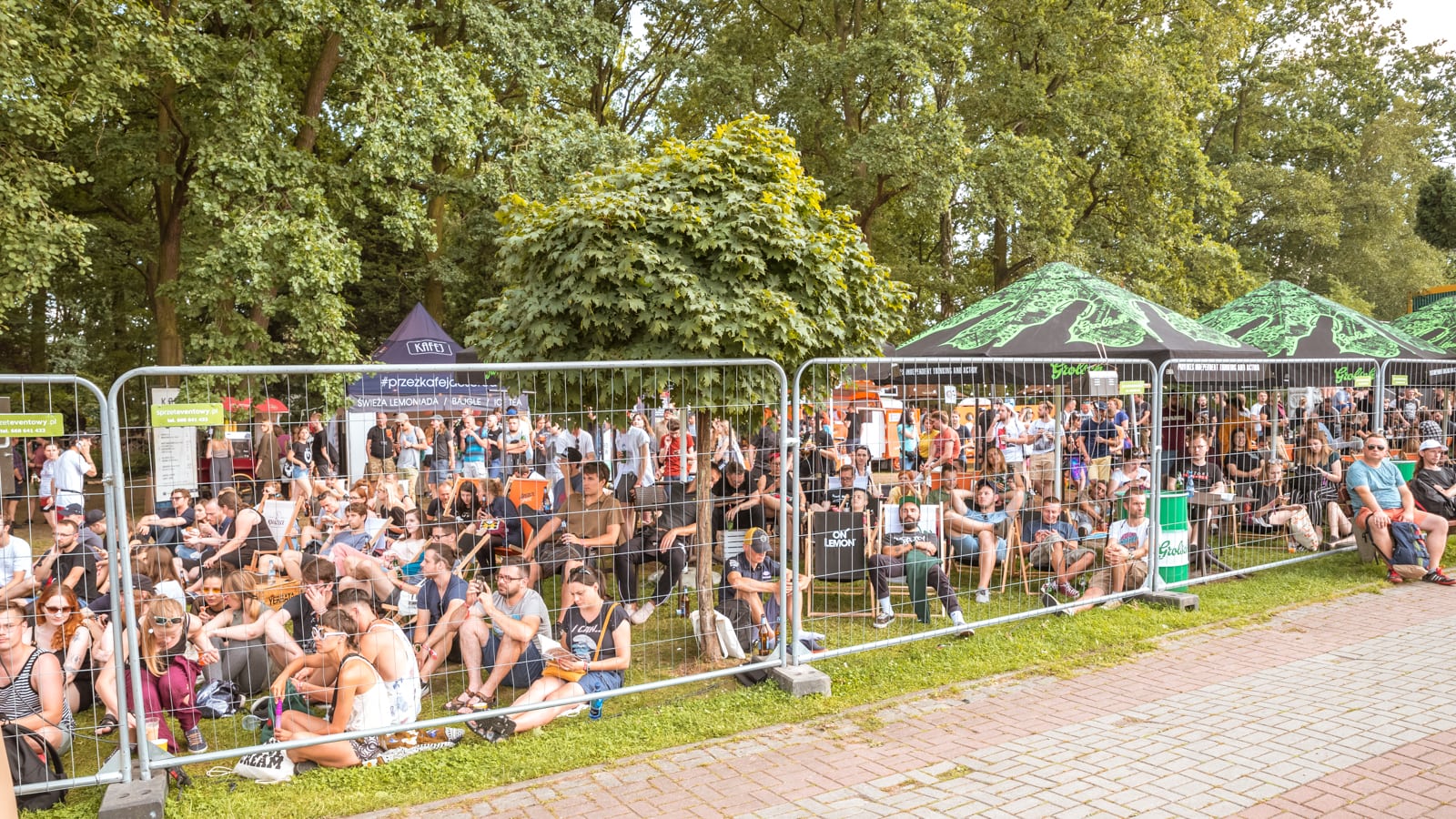 Look, It’s the Moon
I just thought it was cool that Grizzly Bear was playing the final night under what looked like a stunning moon in real life, but clearly my photography skills were not up to the task. 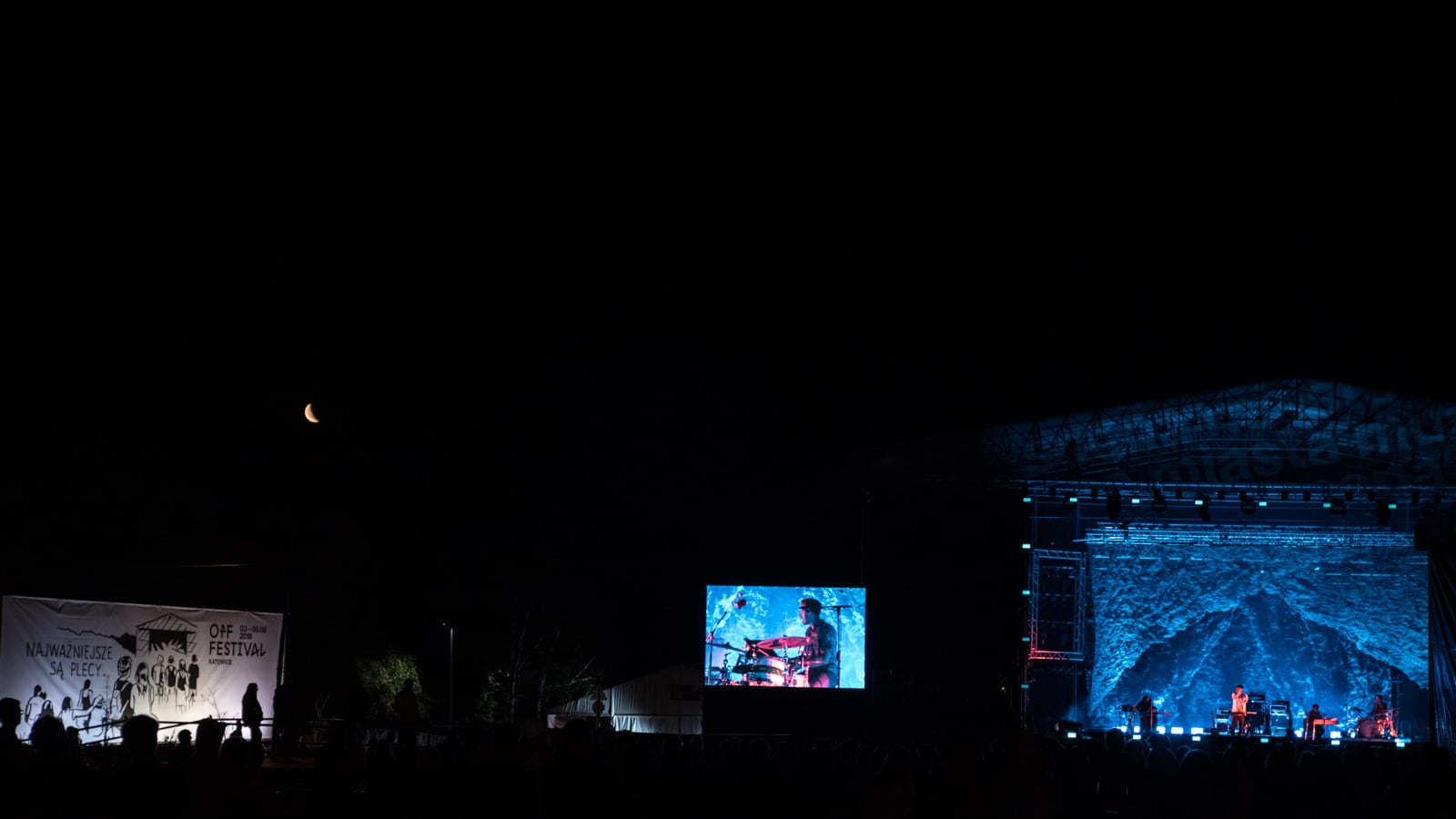 HilariTEA
Is it my serious lack of sleep or are these fucking hilarious? Also, you can have that title for free. 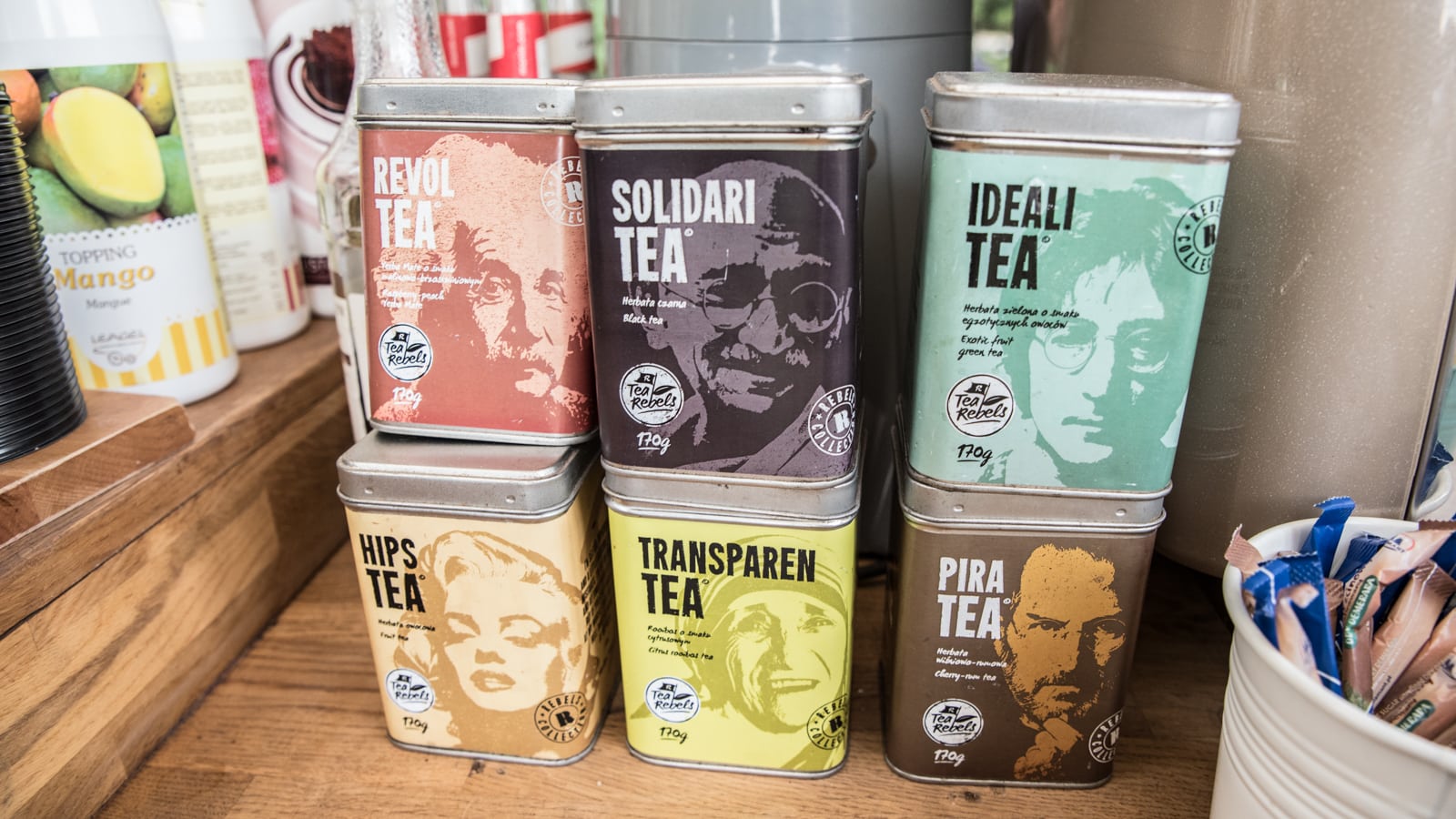 Where Did You Sleep?
It’s the dog days of August and an experienced festival expert would stay at an apartment in Katowice to avoid the heat, so naturally I camped ($20 USD) for the weekend. The clean and spacious campground is quite close to the entrance, but the lack of shade means the sun was waking me at seven in the morning, at which point I would half drag my body and angrily sleep for one more hour.

How Did You Get Around?
There’s a city festival bus (free?) that runs straight from the city center to the venue, perfect for when you’re camping in the sun and want to use the wicked nice bathroom in the city center mall. Super easy — except on Sunday when the Tour de Pologne crippled all traffic in Katowice.

How Did You Get There?
I flew from Glasgow straight into the medium sized Katowice Airport via RyanAir. My flight arrived so late I ended up on the second floor curled up peacefully on my Klymit sleeping pad until eight the next morning. Following a rumor I uncovered online, I was able to find the holy grail of sleeping in airports — a free shower. There are also plenty of flights from Krakow that probably don’t involve sleeping on the floor of a airport.

The versatile OFF Festival is an easy and super affordable recommendation. There’s something for everyone here in the lineup, along with plenty of room to discover new favorites. For those of you that don’t want the camping experience, Katowice offers loads of affordable hostels, apartments, and hotels. Be sure to check this one out. It’s one of Poland’s best. 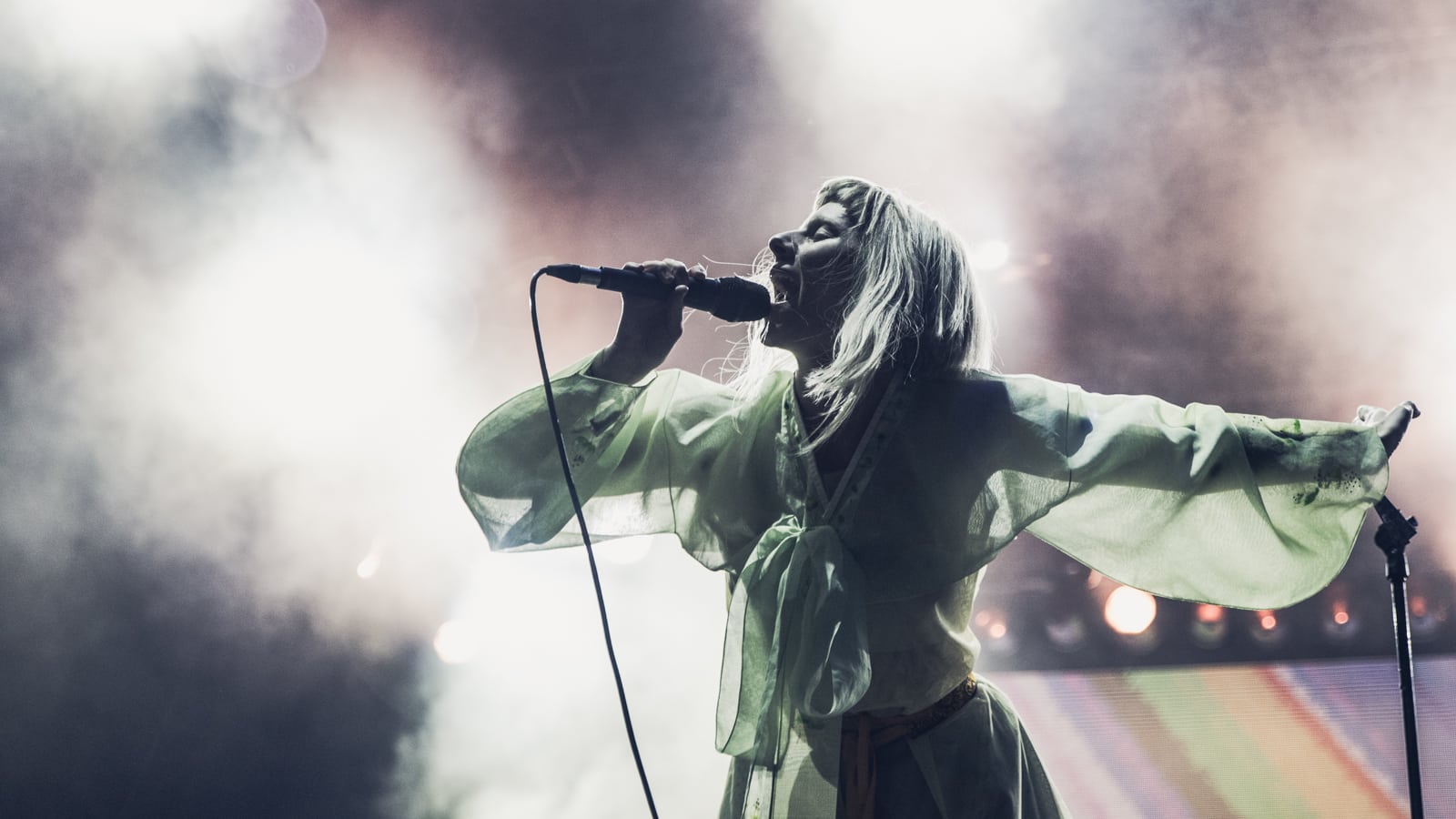