From a modest backyard bash 14 years ago to its current incarnation as a 15,000 attendees strong multi-stage festival, Standon Calling continues to impress with a diverse lineup of music and a signature family-friendly vibe.  This year, the festies clad themselves in creative glory as “twisted creatures” and paraded through the grounds in imaginative costumes. 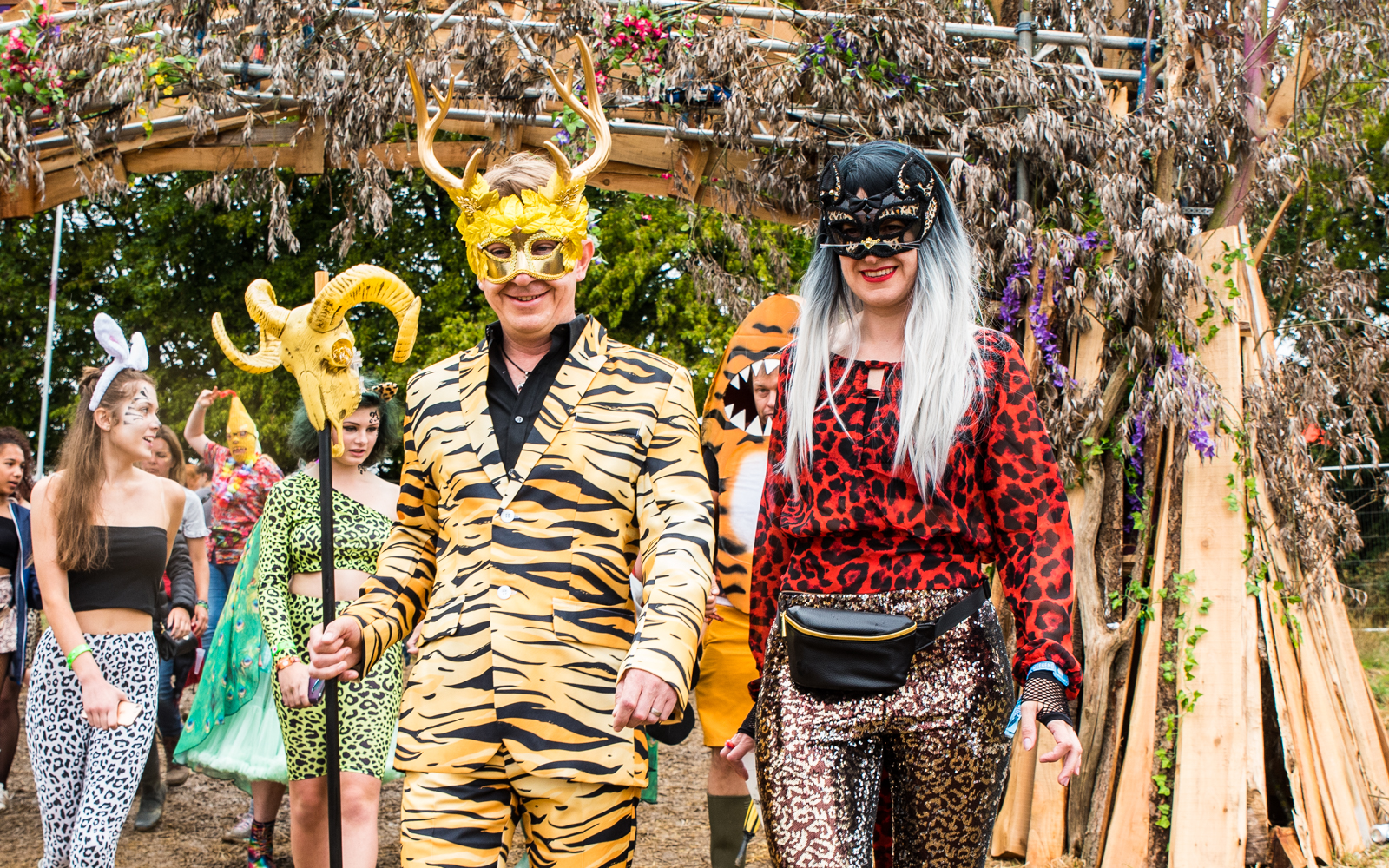 I’m into the back half of the 100 Nights of Summer tour and am working in some favorites from last year back into the schedule. The music lineup at Standon Calling really speaks to me, and it’s one of those festivals where I’m bouncing between stages trying to keep up with the music. 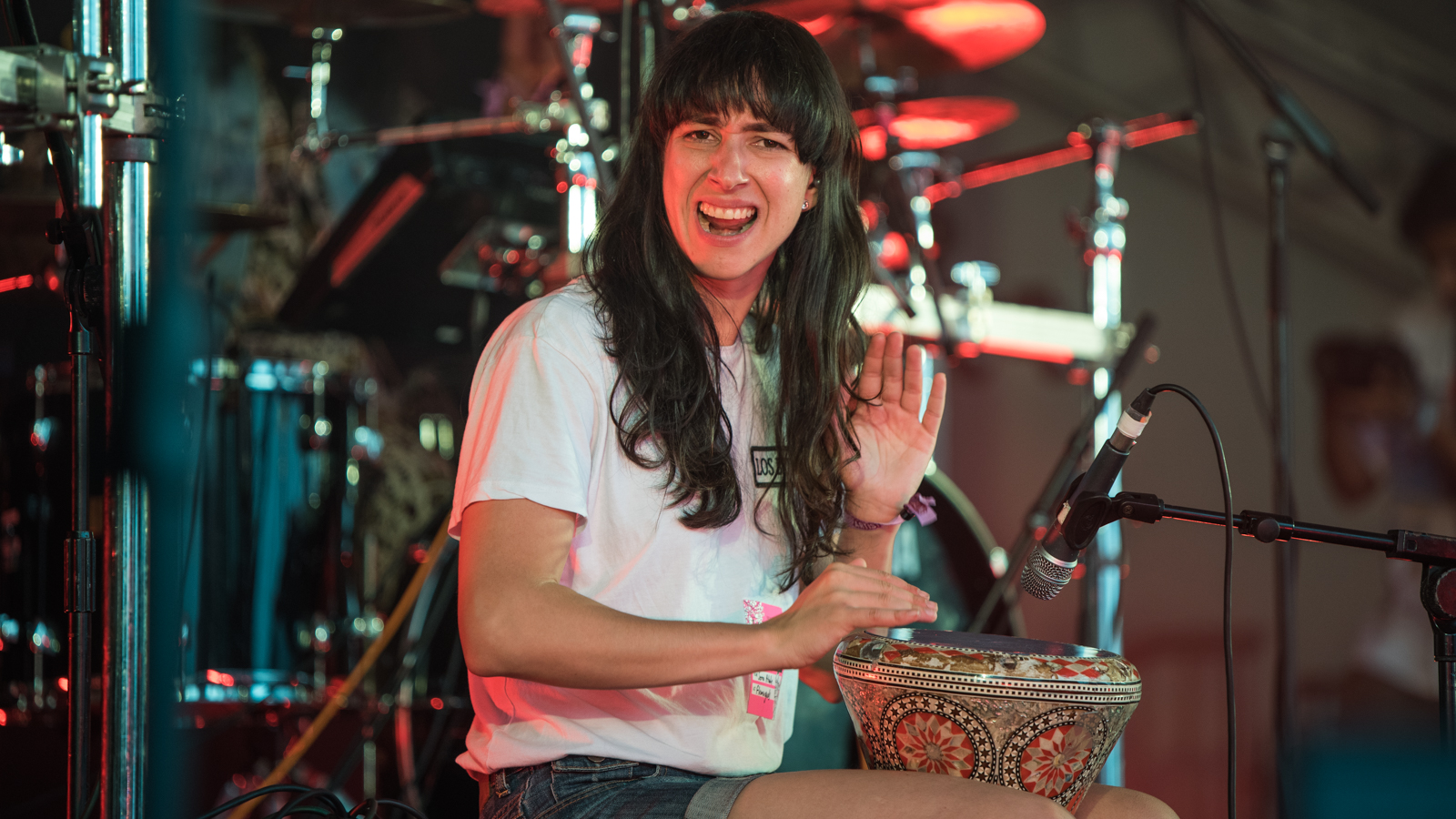 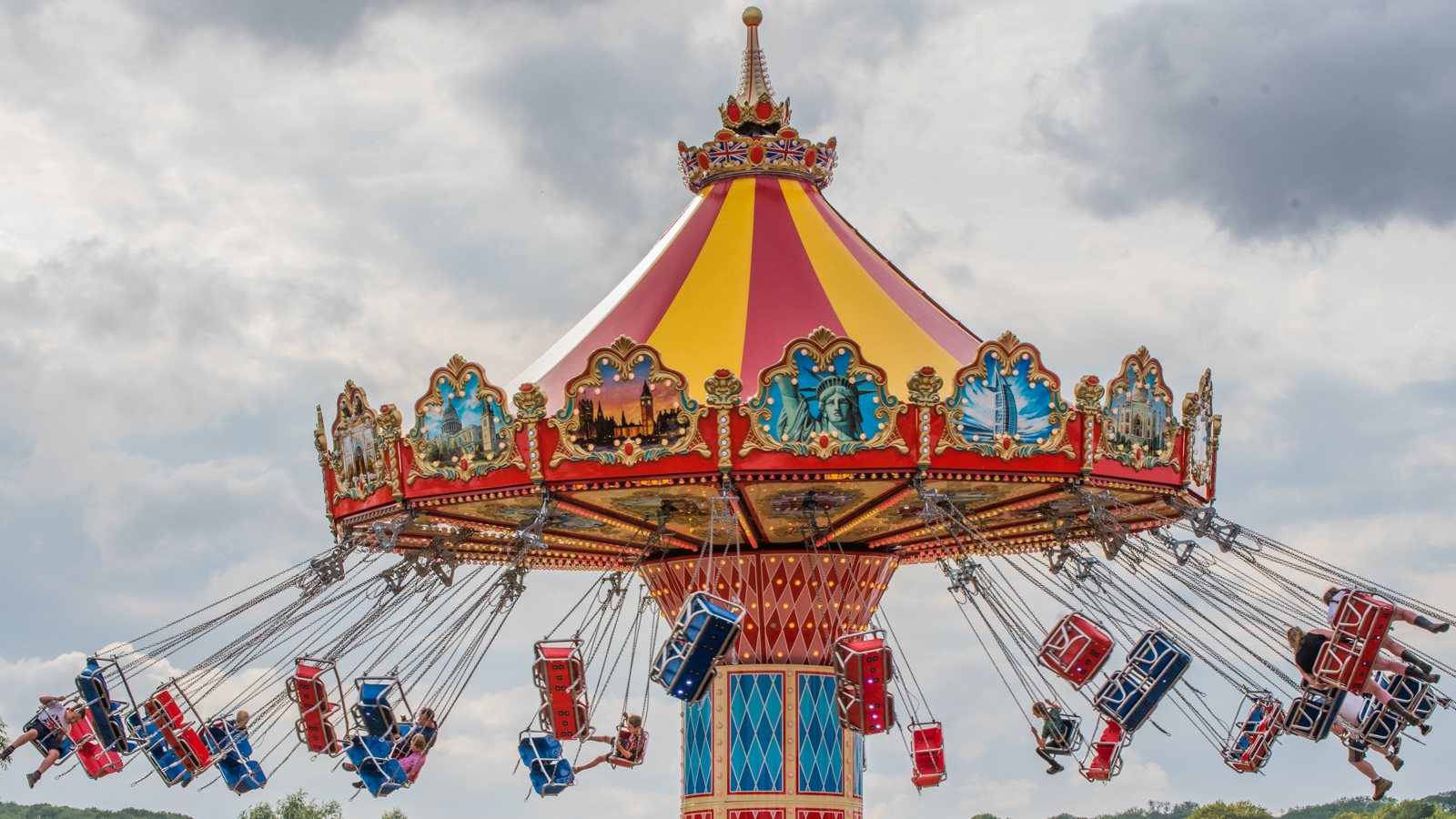 The Venue: Your Summertime Country Home
The grounds of a stately manor in the English countryside plays host to the annual Standon Calling. From the glowing lights of the forested Electric Willows to the indie rock heaven of the Laundry Meadows Stage to the “next big thing” playing on the BBC Introducing Stage on the Lawn, there’s not a moment where you can’t find music during the day or night. And of course, there’s the main stage featuring headliners like Wolf Alice, Rag’n’Bone Man, and Niles Rodgers. 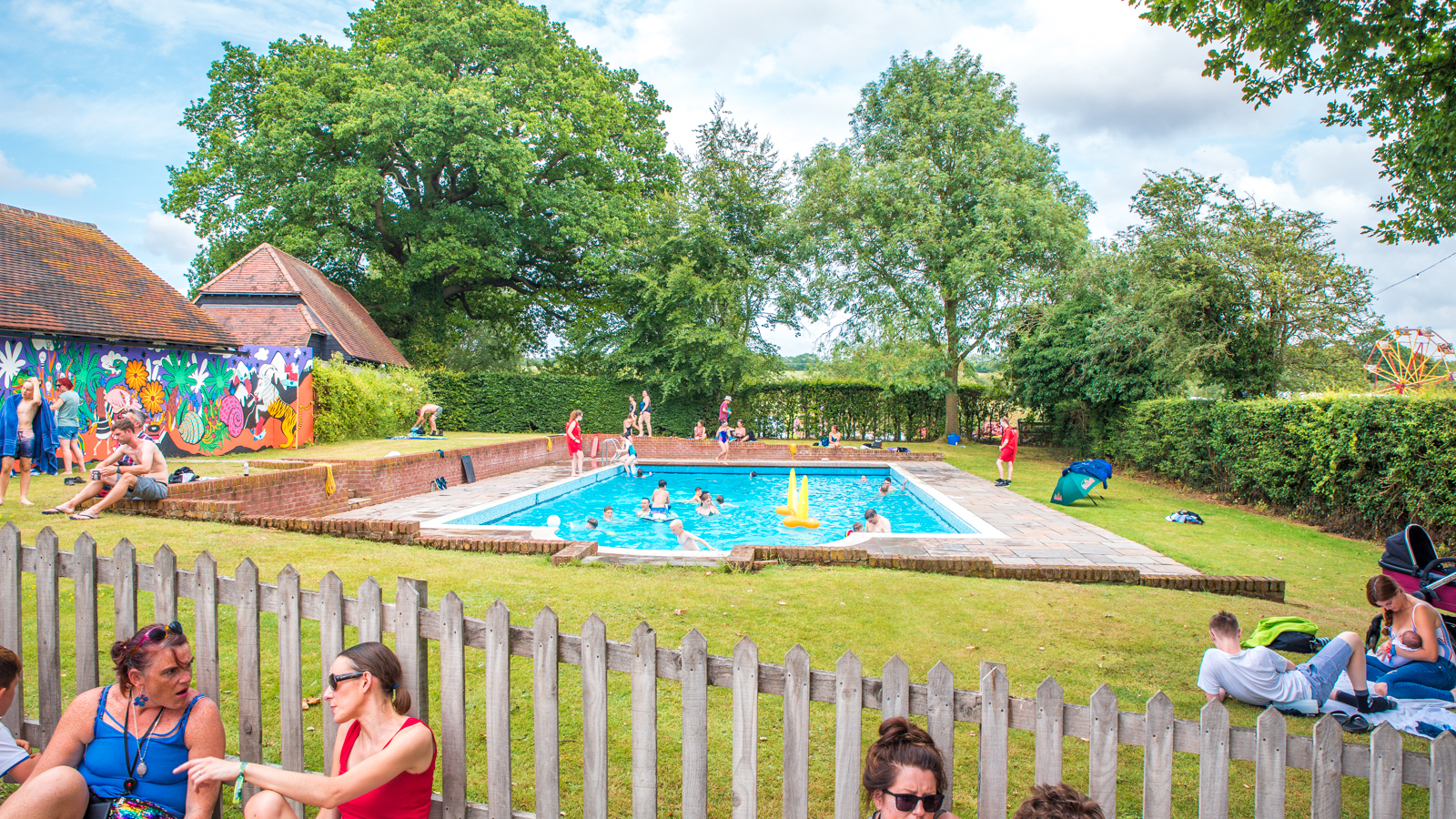 The Crowd: The Twisted Creatures
Who comes to Standon Calling? Everyone. I’m always struck by the wide range of ages at this festival. UK festival culture is quite unique when compared to the rest of the world when it comes to festivaling with families. 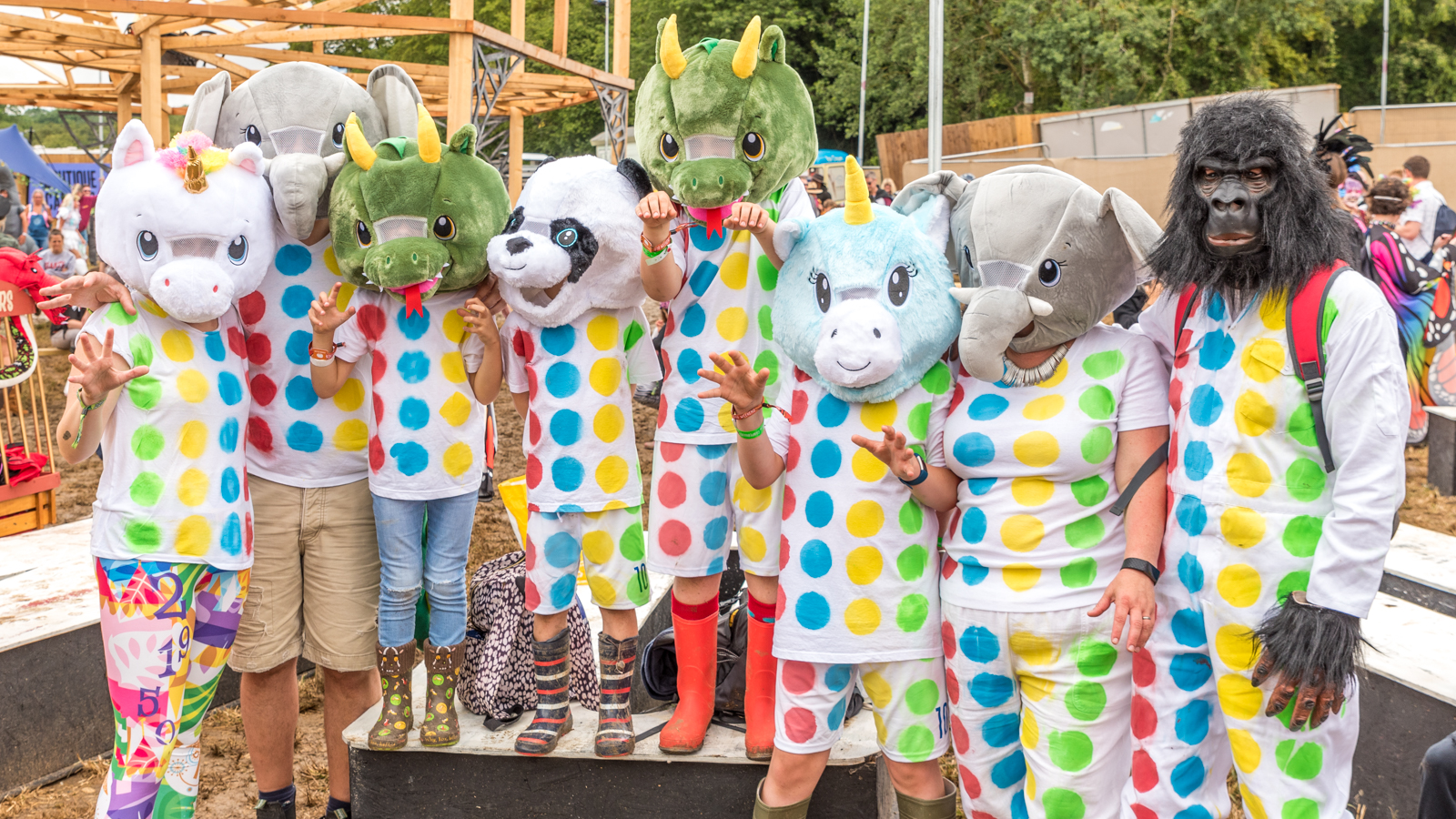 The Music
The lineup at Standon Calling is so diverse that it’s not possible to boil it down in a few sentences (but I’ll try anyway). If you’re curious what the UK indie scene will look like in five years, just spend the weekend at the Laundry Meadows stage, one of the best curated stages that I’ve seen this summer. I only managed to see a few shows in the BBC Introducing Stage, but it gets packed enough that it warrants a much larger tent for next year. Punk rock, electronic music, hip-hop, kid-friendly bands, and experimental rock are just a few of the genres dotting the landscape. 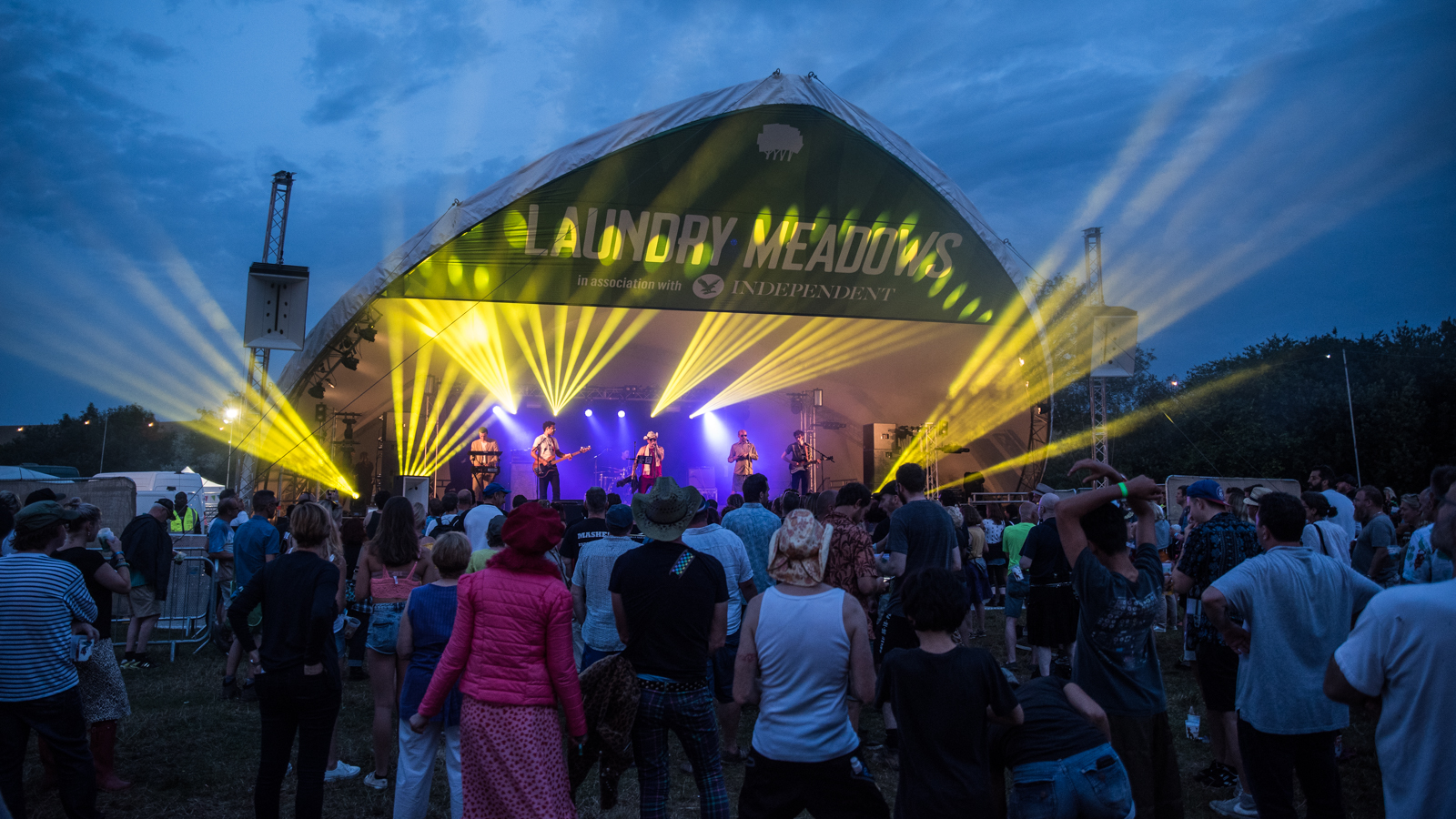 The Activities
The onslaught of artists kept me so busy this weekend taking photos that my time was scarce for sampling everything that wasn’t music-related like the comedian lineup, the Wild Spa, all the various yoga classes, and hula hoop classes (I have no idea how to do it, okay?). There were also survival skill classes and a full size real pool that called out to me. I guess I’ll have to go back next year… 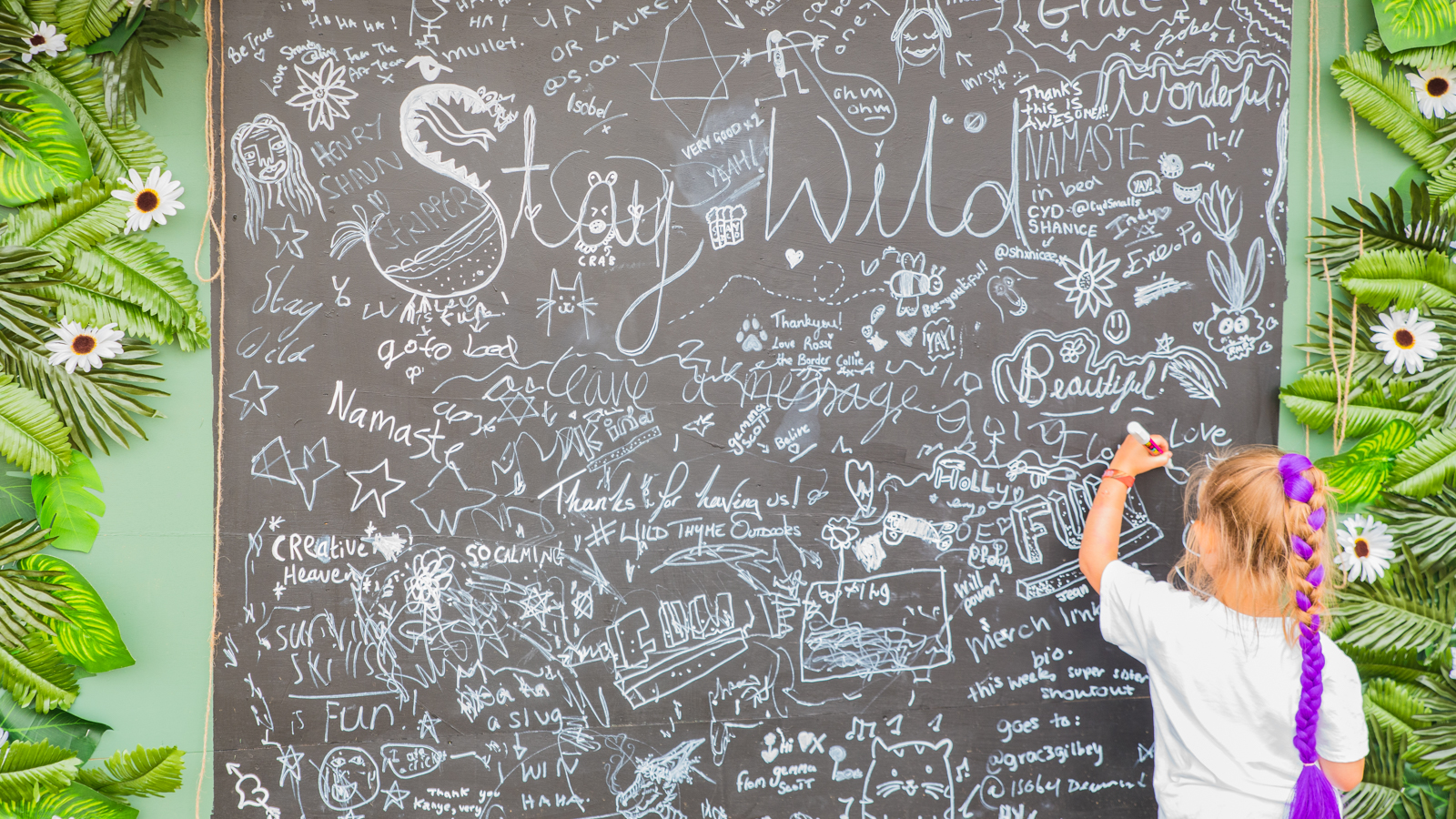 Favorite Set: The Big Moon
I’m a sucker for the infectious energy of this foursome out of London. 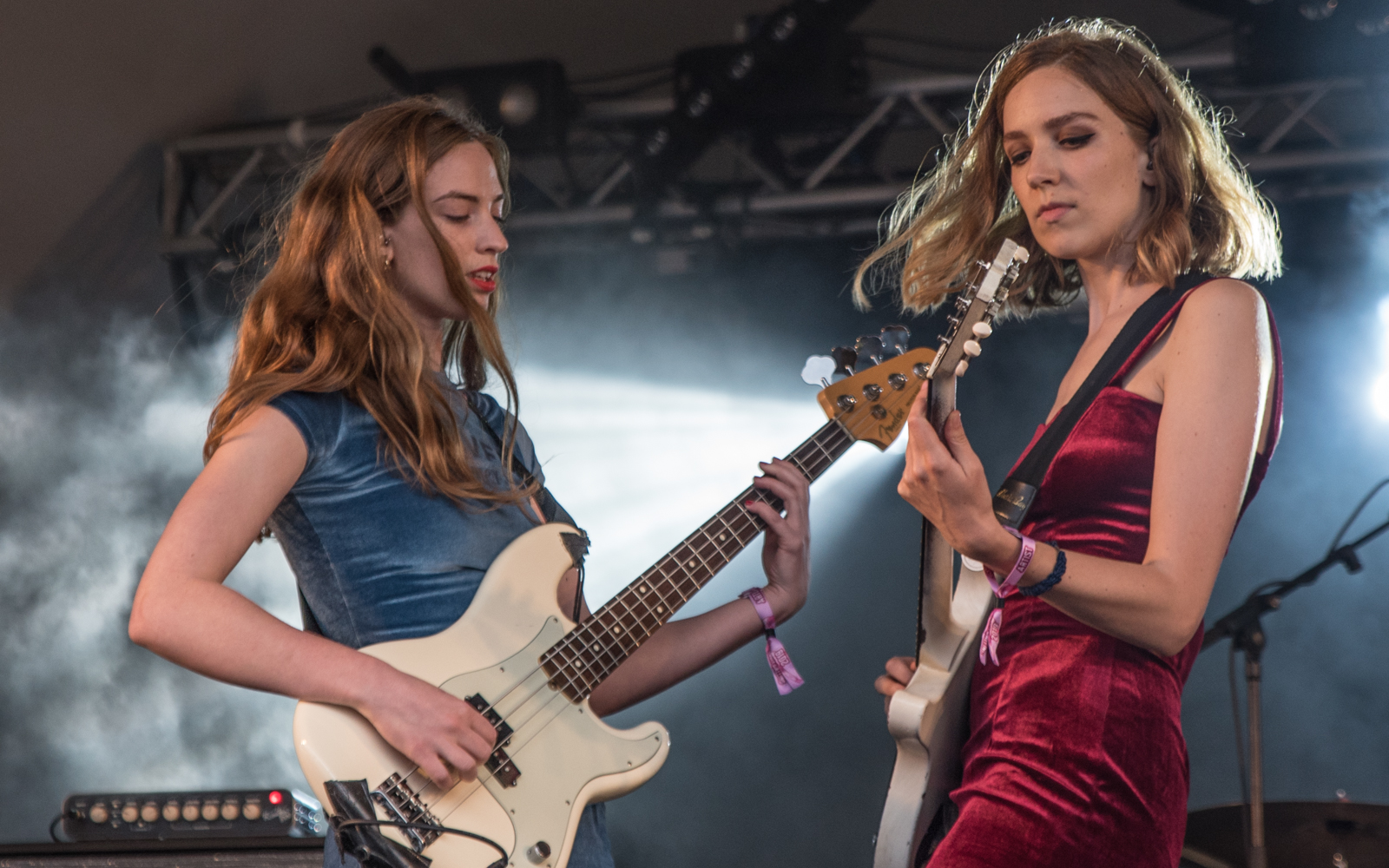 Festival All-Stars: Niles Rodgers and Chic
Typically the legacy acts fail to live up to the hype for me – unless you’re a Rock and Roll Hall of Fame inductee, three-time Grammy Award-winner, and Chairman of the Songwriters Hall of Fame, Niles Rodgers. The two hour set of disco, Madonna hits, and everything else Niles Rodgers has touched made its way onto the stage in an absolute corker to the end of the festival. 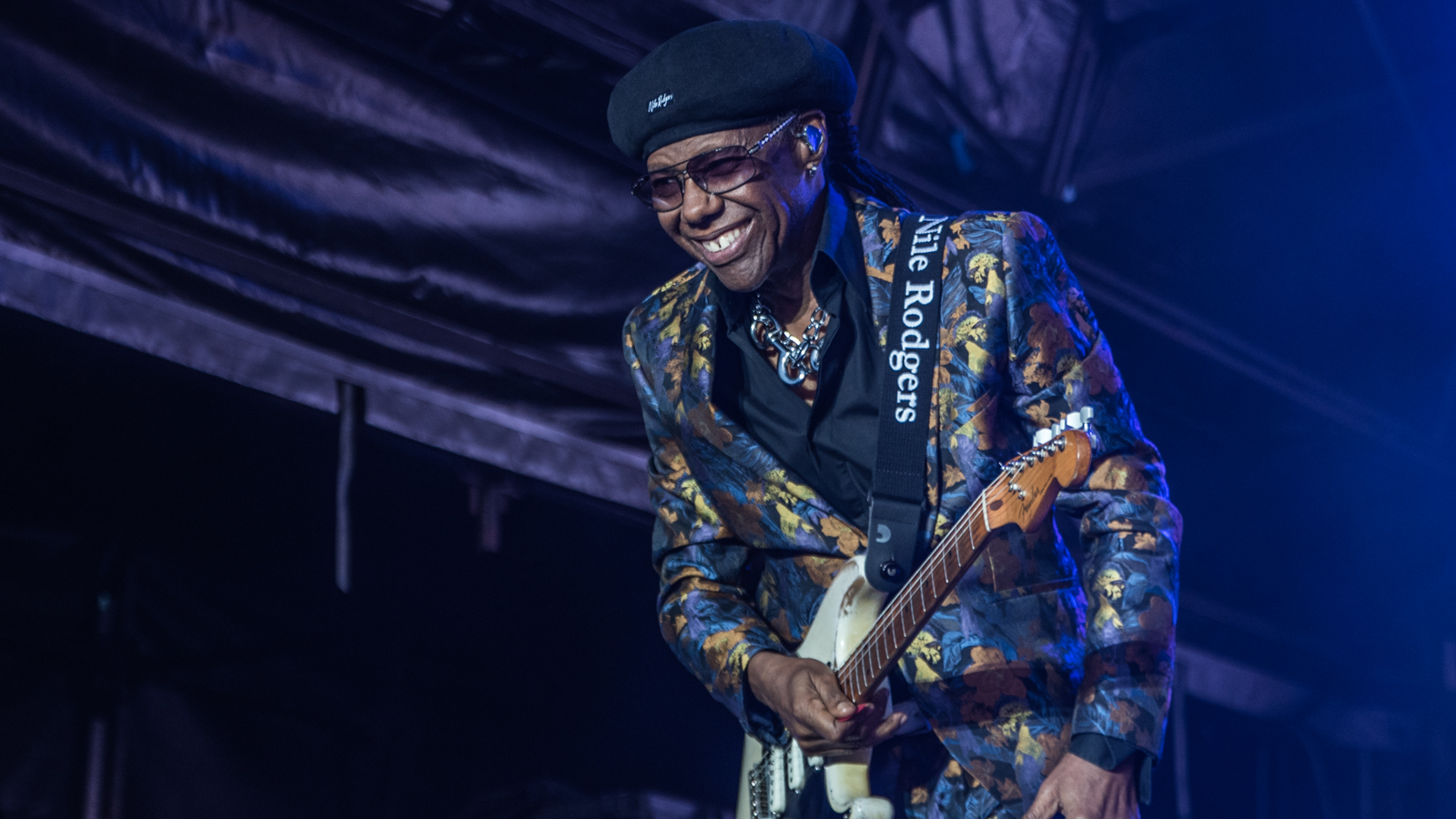 Ready To Headline: Lewis Capaldi
Full disclosure, I thought we were all taking pictures of this pug and had no idea it was being held by one of the UK’s rising superstars. Booked for an early time slot before his big hit earlier this year exploded, Lewis Capaldi was one of those rare artists that packed the main stage at five in the afternoon with an absolute ear splitting wall of women scream shouting their love. 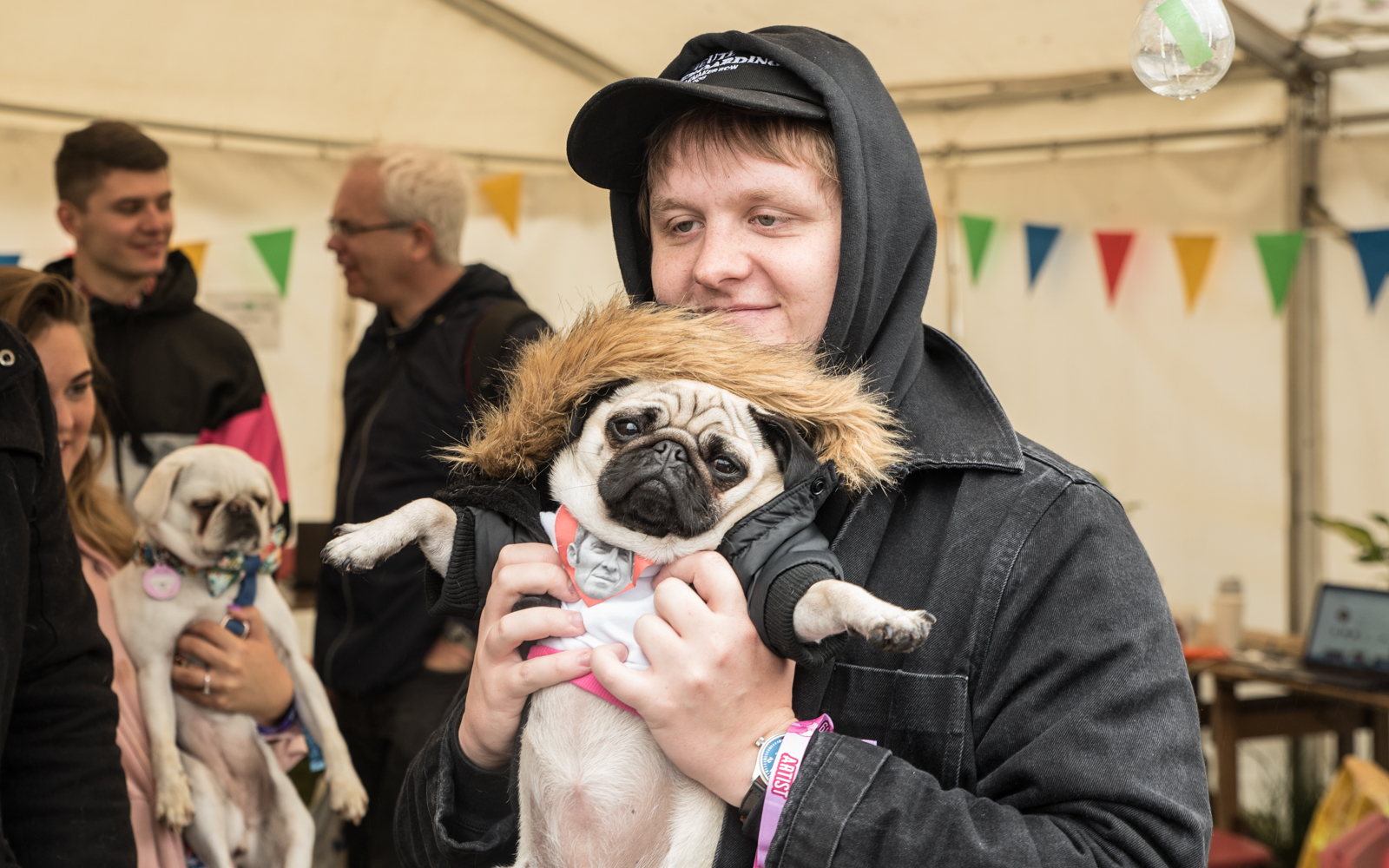 Best Way to Start a Sunday: The Cuban Brothers
I’m not even sure how to describe this show. There’s dancing, swearing, bad jokes, stunts, and funk music all coming at top speed. If you’re like me and slightly fuzzy at the beginning of a festival day, The Cuban Brothers are sure to snap you out of it. 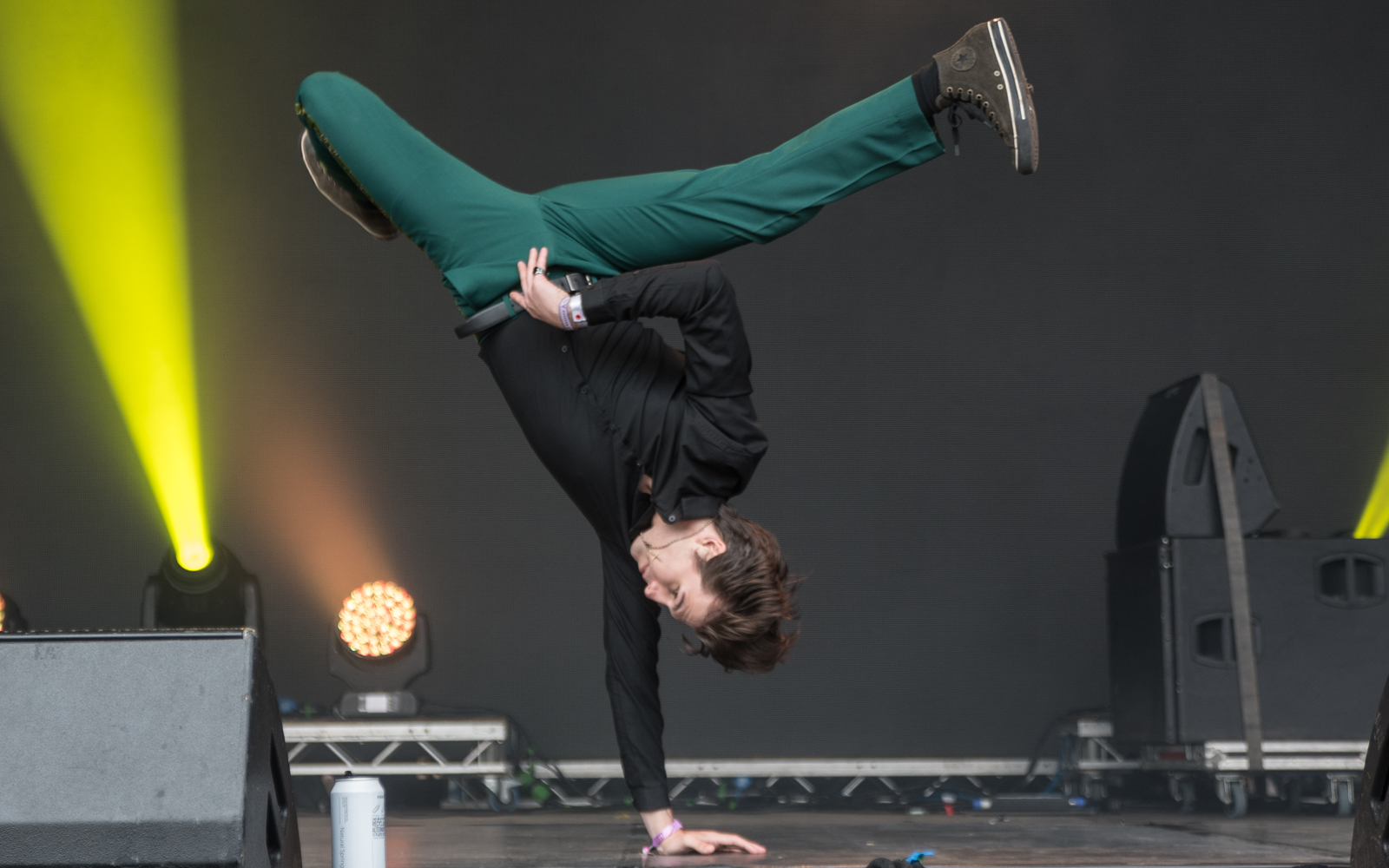 New Favorite Band: The Joy Formidable
Okay, I know their debut album came out ten years ago, but I’ve never seen this Welsh trio live. To celebrate the anniversary of a ‘A Balloon Called Moaning’, they’re re-releasing the album in Welch and played a few songs for us. 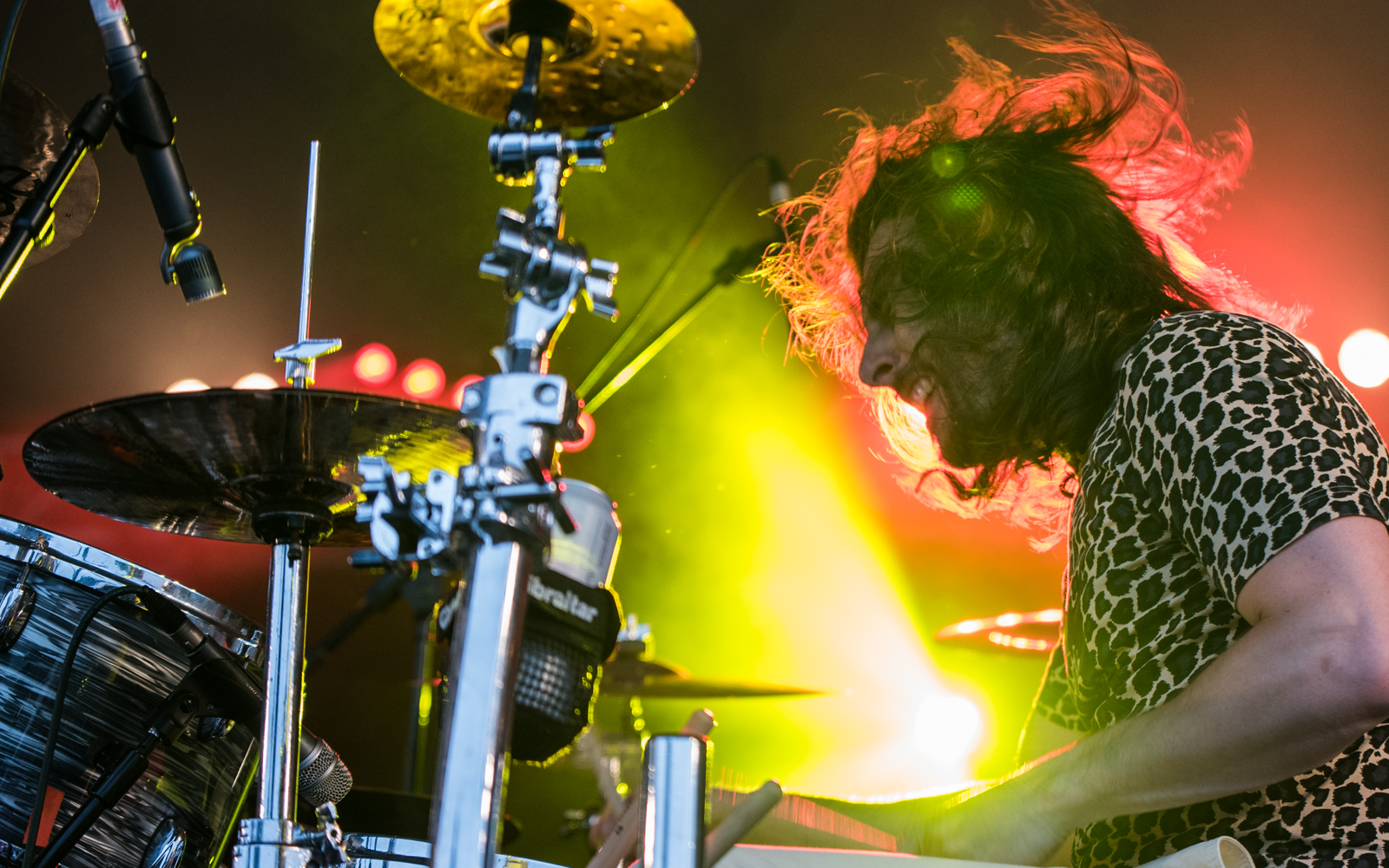 Most Dramatic: Elvana
It’s Saturday and you’re just getting going and you think that Elvana sounds like a calm and exotic singer-songwriter type. You would find out that Elvana is (what I imagine) the world’s only Elvis impersonator that covers Nirvana songs. And it’s fucking insane. Part stage show, part sing along, and all pink jump-suited energy, Elvana absolutely destroyed the early afternoon slot. 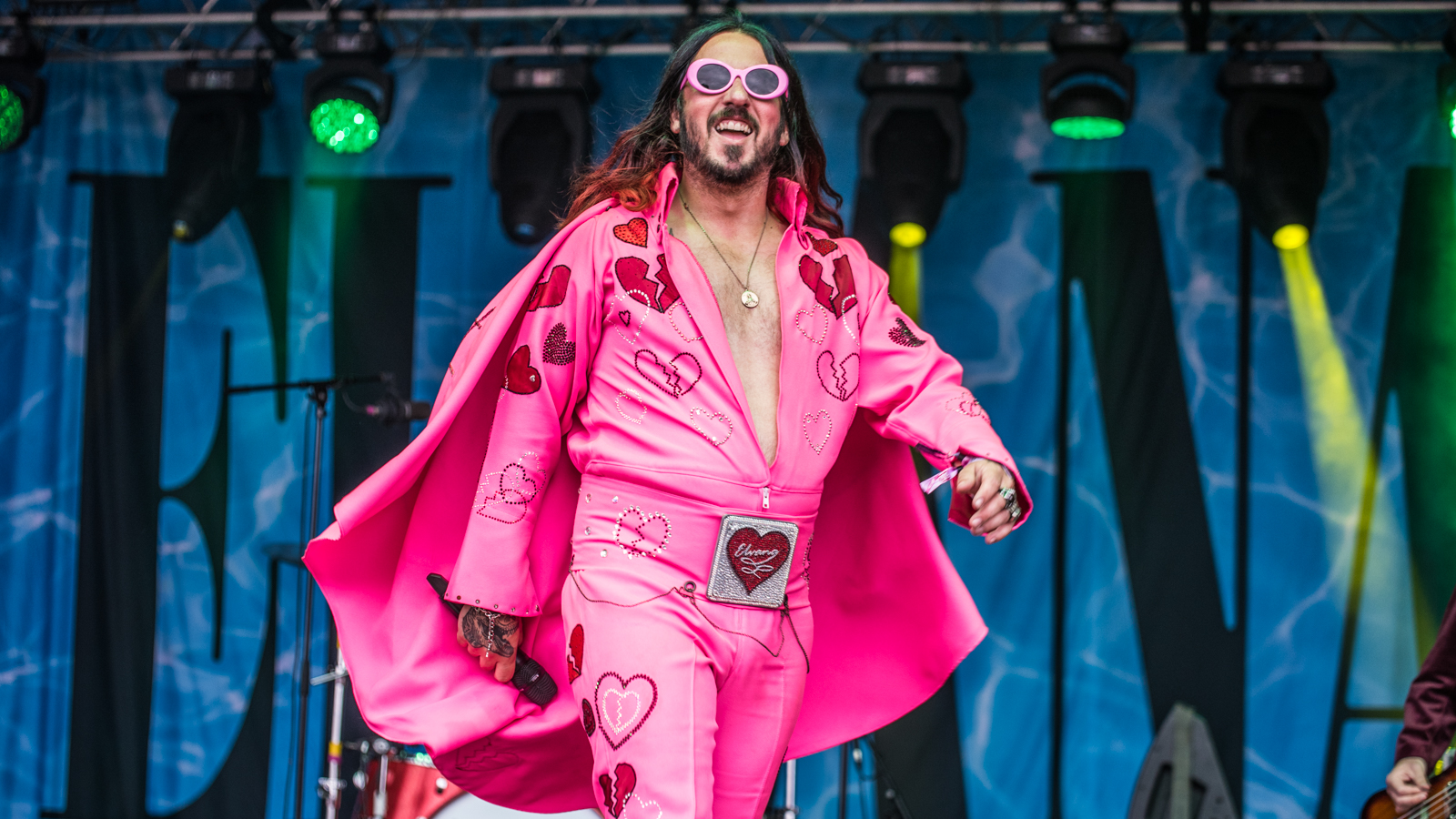 Lewis Capaldi is My Spirit Animal
These influencer pugs have a combined following on Instagram of over 50,000 followers. Music Festival Wizard has just over 2,000 with our human based account. I became so depressed over this discrepancy that I haven’t posted anything in over a week. 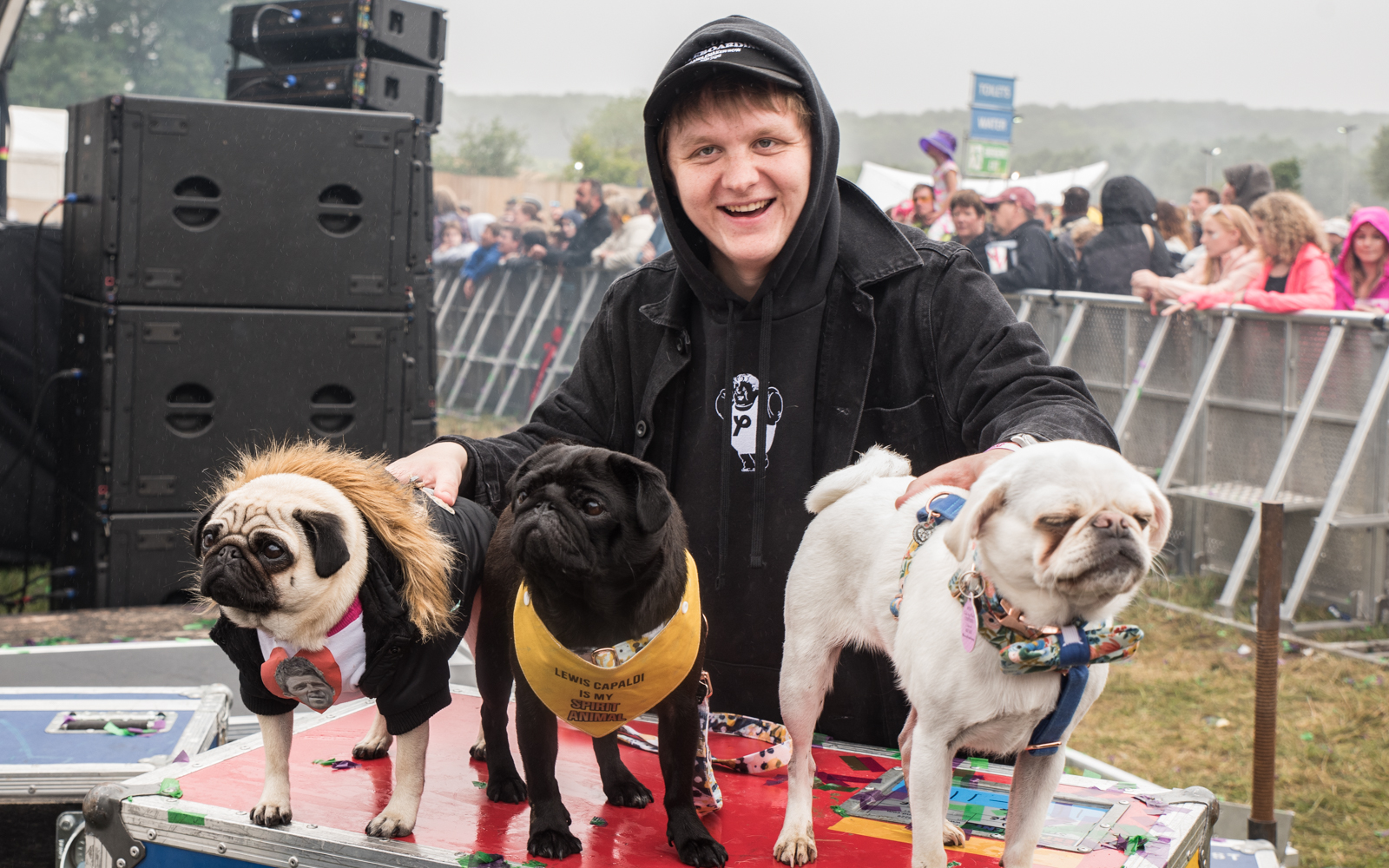 Stealing the Entire Show
For the final disco themed throwdown to Good Times, Niles Rodgers had invited a bunch of festies onto the stage, at which point this kid started throwing down dance moves so hard that it even took Niles Rodgers back a bump. Now that’s how you end a show.

Best in Show
Okay, so Standon Calling has their own judging competition, but I was seriously impressed with the tricks that this girl had taught here dog including like this insane high jump. 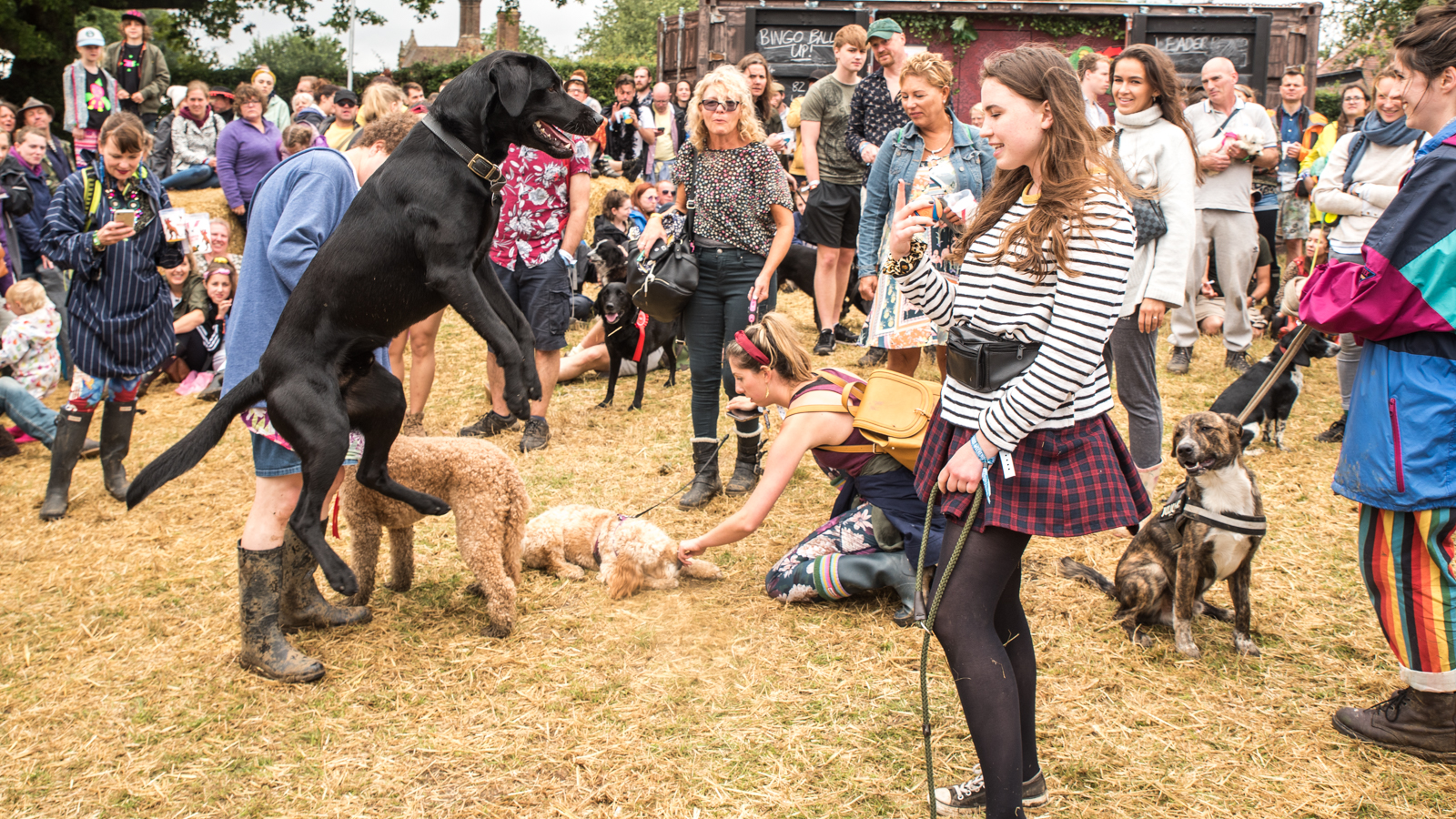 Wizard of the Week
After telling this kid that I loved his wizard costume, his mother leaned in to say that he was actually Charles Darwin, my second favorite wizard after Gandalf. 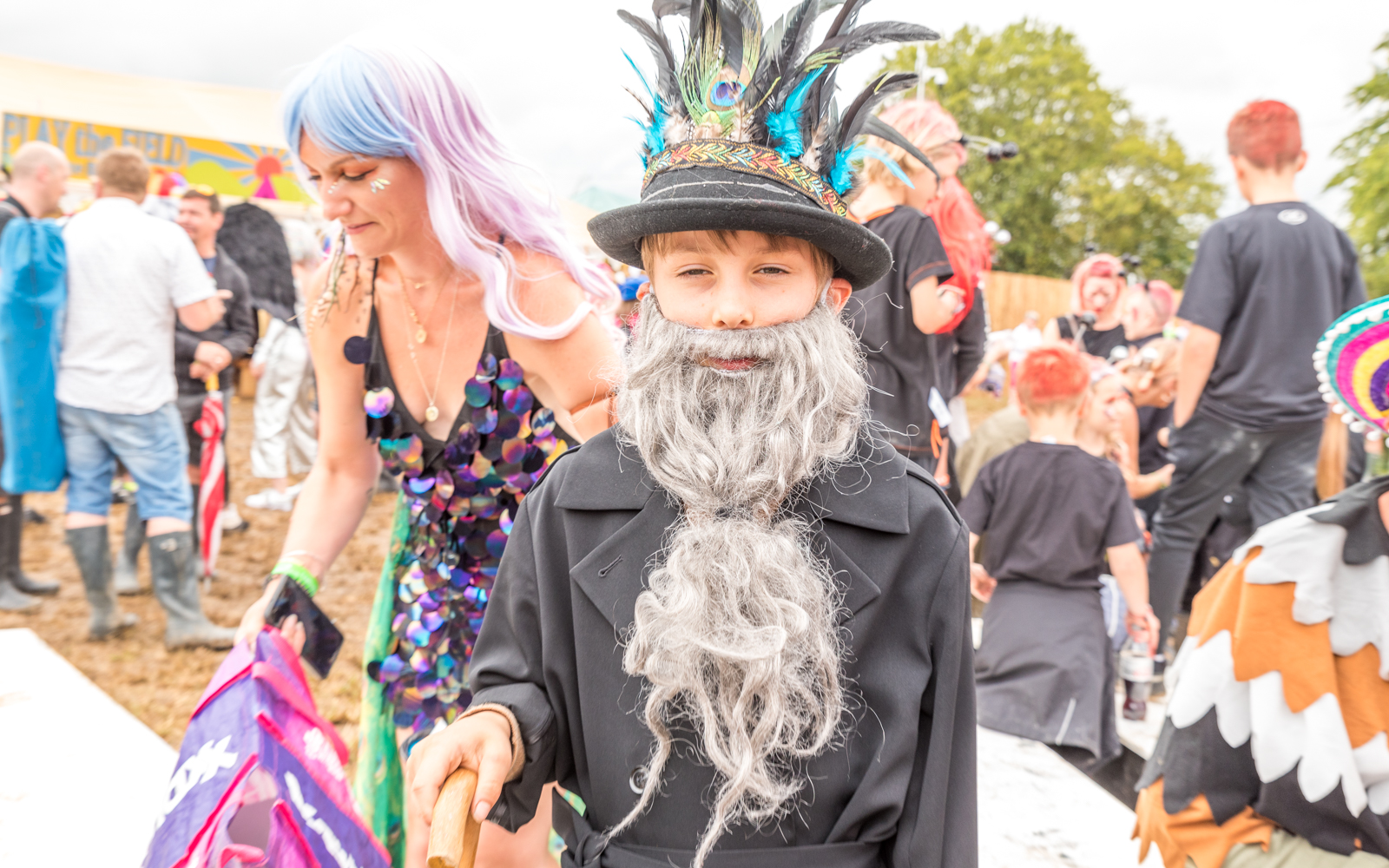 Best Costume: Baby Explosion
The festival’s theme may have been “Twisted Creatures”, but for me it occasionally turned in “Twisted Nightmares” with some of the costumes haunting my dreams. My favorite costume, a mix of both featured this baby clawing its way out of its mother’s stomach. Adorable. 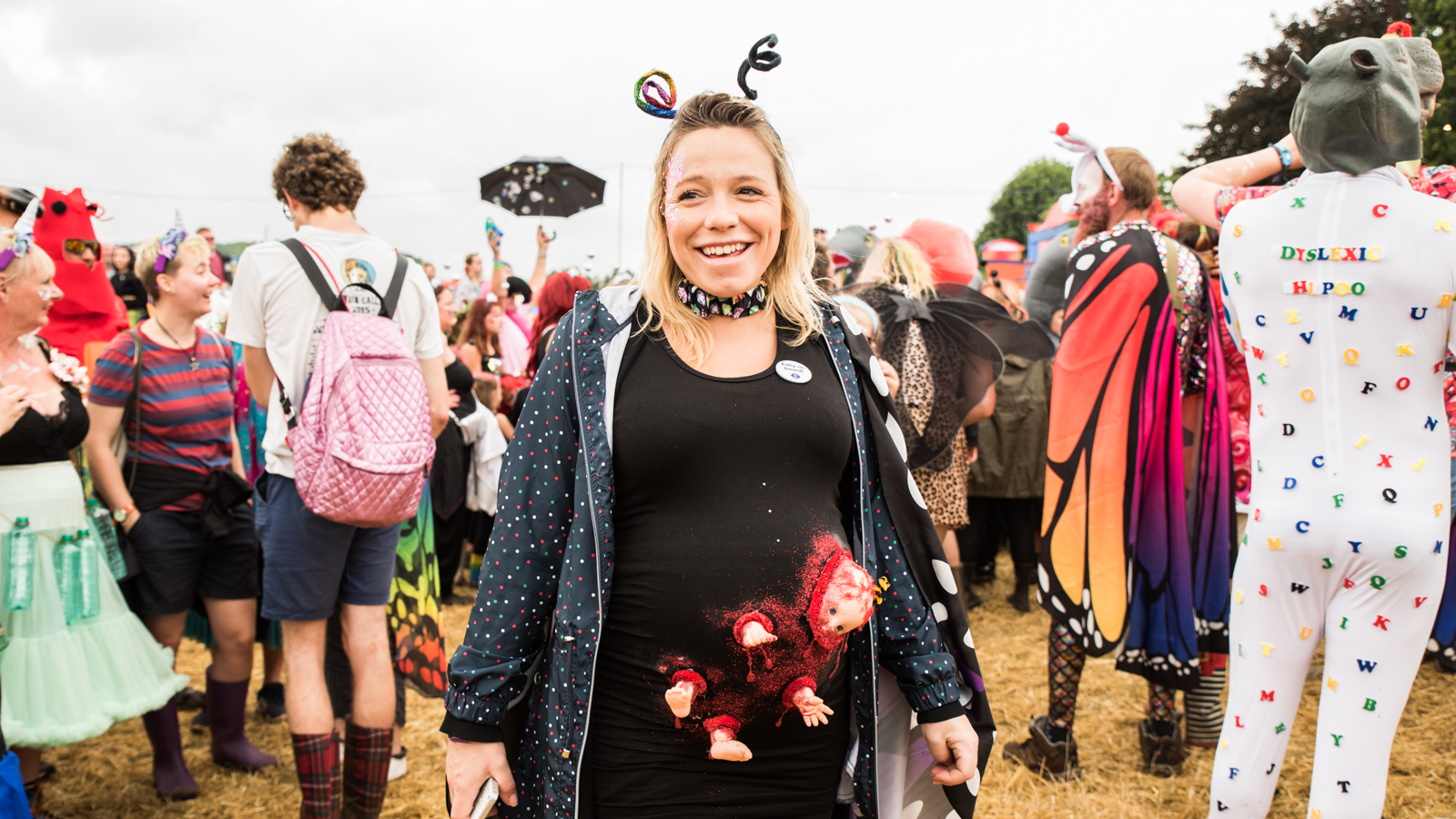 What’s the Prime Hours for Music? The main stage really starts cooking around 2-3 in the afternoon and then it’s full steam ahead until after midnight. Prepare wisely and don’t waste your three days kicking around in the campground.

What’s the Weather Like? It’s the height of what is known as “typical English summer”, which means thunderstorms, long bouts of light misting, and occasional bursts of spectacular sunshine and starlight.

How Do I Get There? I recommend a vehicle if you can sort one out, as public transportation is not the easiest way to get there. To get there, I caught a bus to Standon and hitched a ride in the back of a pickup truck into the festival. Getting home, I paired with two teenagers and hired a cab to take us to one of the nearby train stations.

Where Do I Sleep? There are small villages scattered around the countryside and some Airbnb options, but you’ll have to scare up a cab and a good chunk of change to get there. It’s better to save your money and hit up the campground or spend your lodging budget on some of the high end glamping. 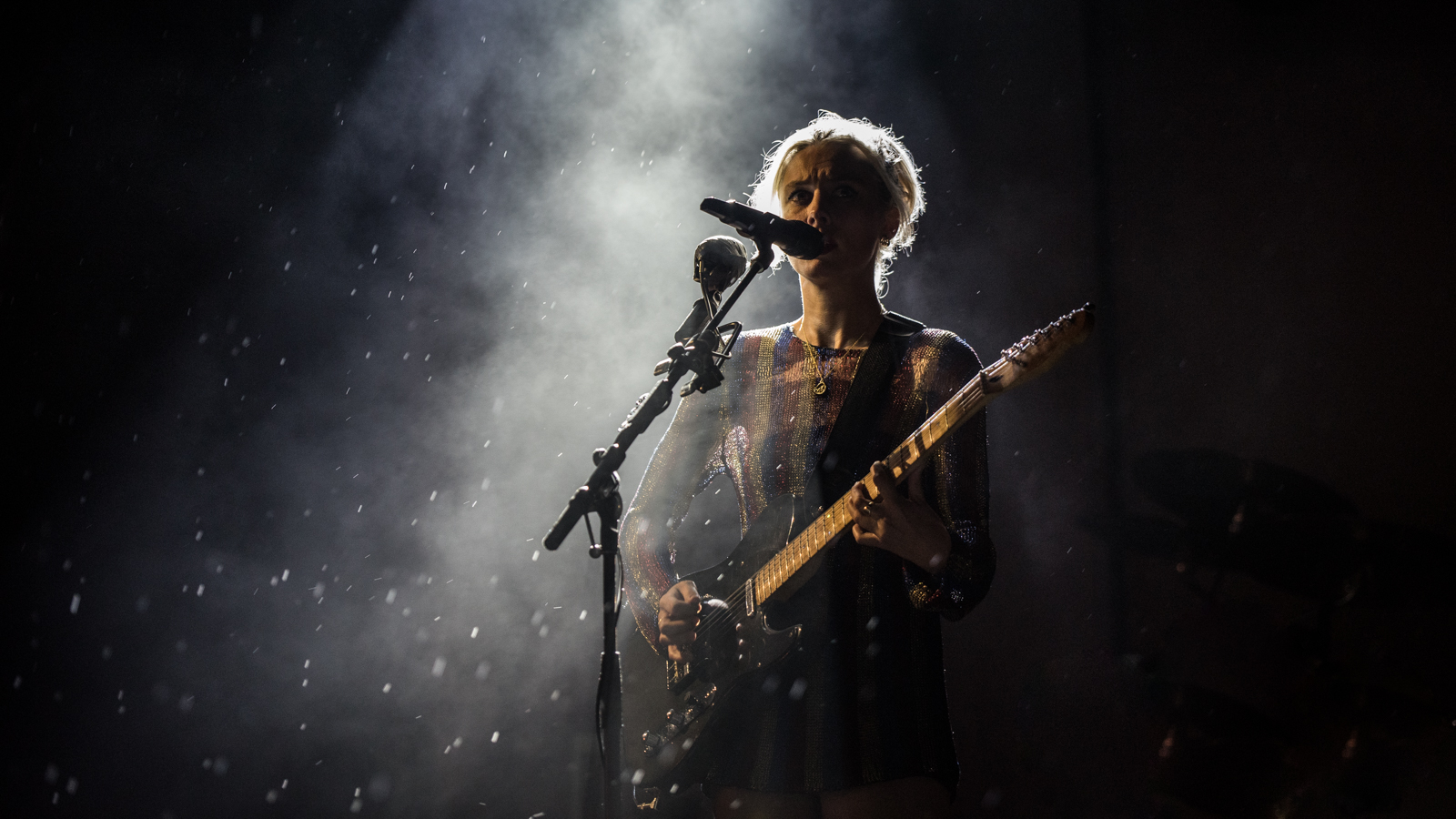 The UK government may be hurtling off a cliff this autumn, plunging the country into chaos, but at least for a few days this summer, people can put their worries aside, pet some dogs wearing costumes, and dance like crazy to disco. 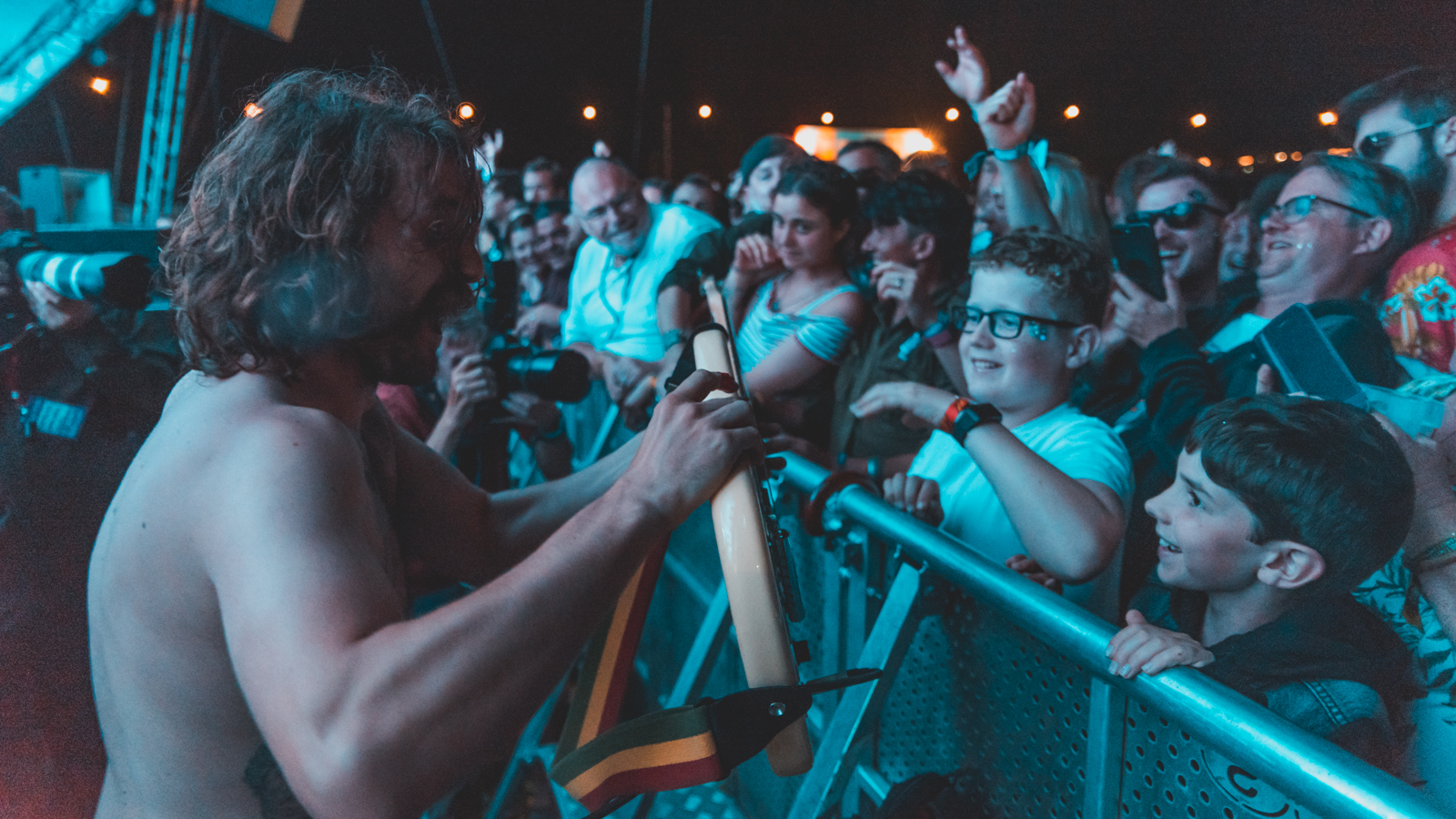