Way Out West in Sweden boasts a world class lineup playing in the beautiful central park of Gothenburg. With a focus on musical diversity and environmental stewardship, this three day downtown festival is a wonderful reason to see what’s life like in the country’s second largest city. 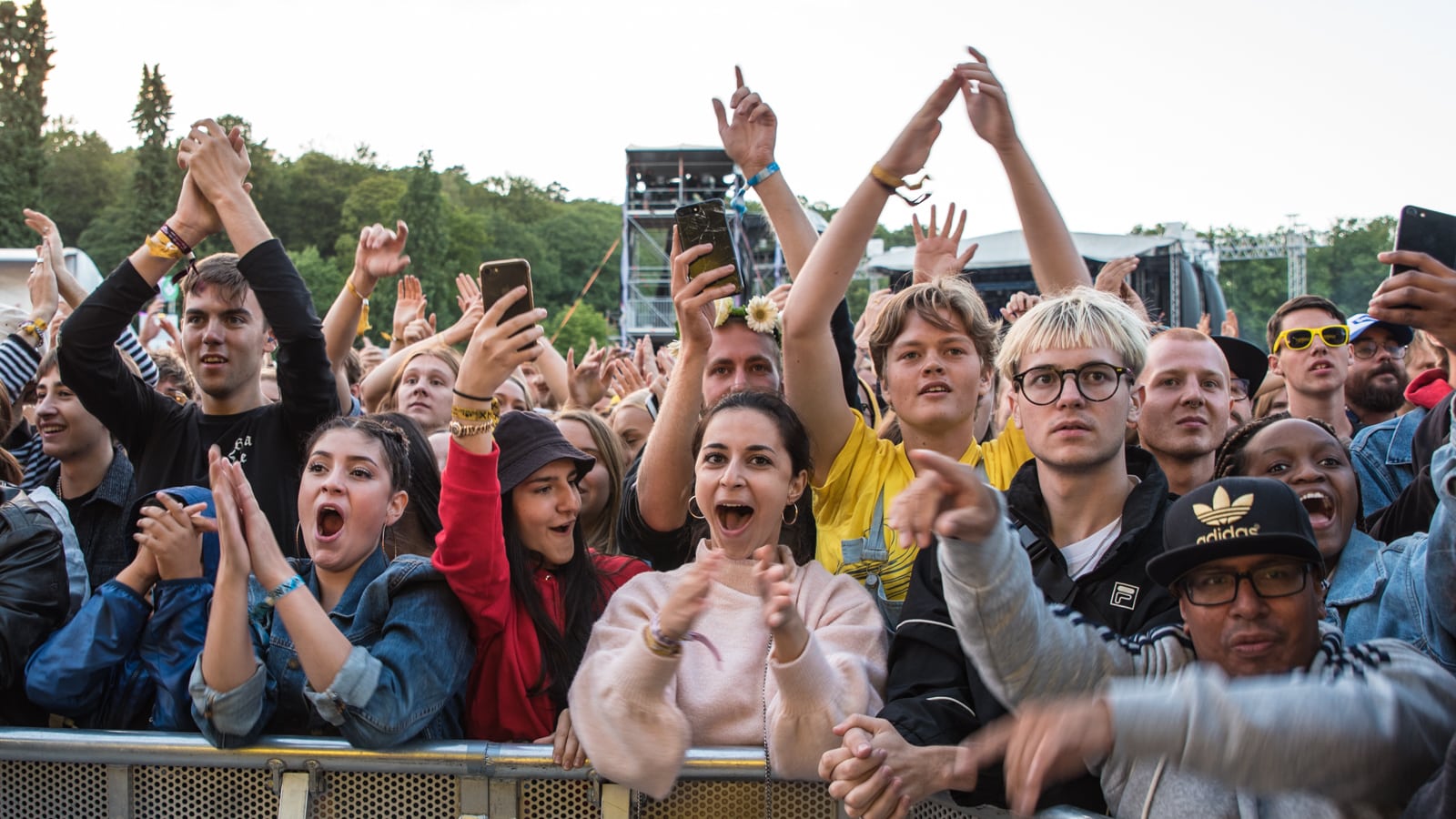 This is Music Festival Wizard’s first time reporting on the festival scene in Sweden, and another festival region I’ve been dying to experience since I started writing about fests back in 2009. Back then, there wasn’t much information about international festivals online, and I remember stumbling across Way Out West and being blown away that Sweden would not only have giant music festivals, but one with a lineup that just hit all the sweet spots for me. 100+ festivals and 31 countries later, I’m finally here. 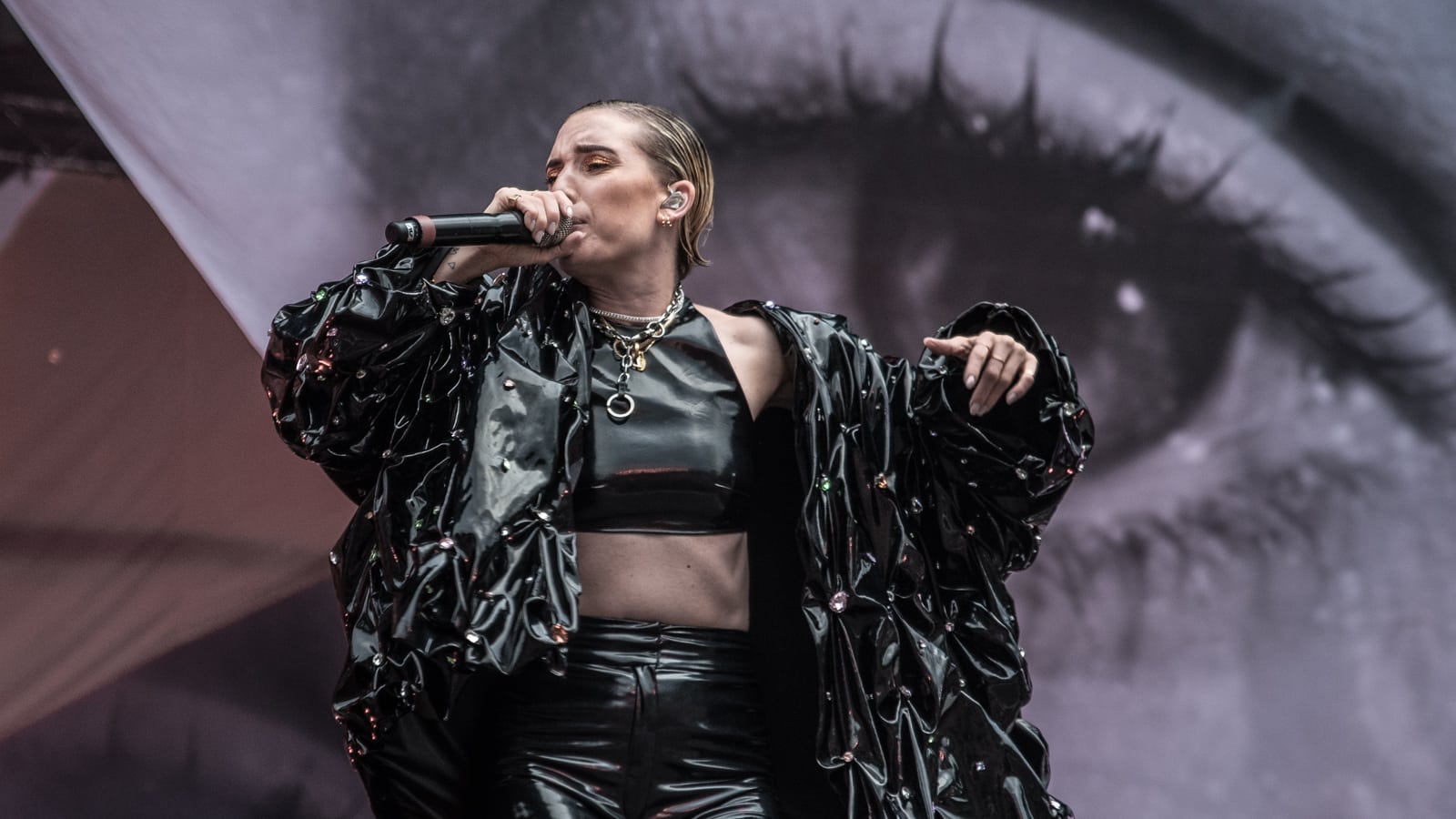 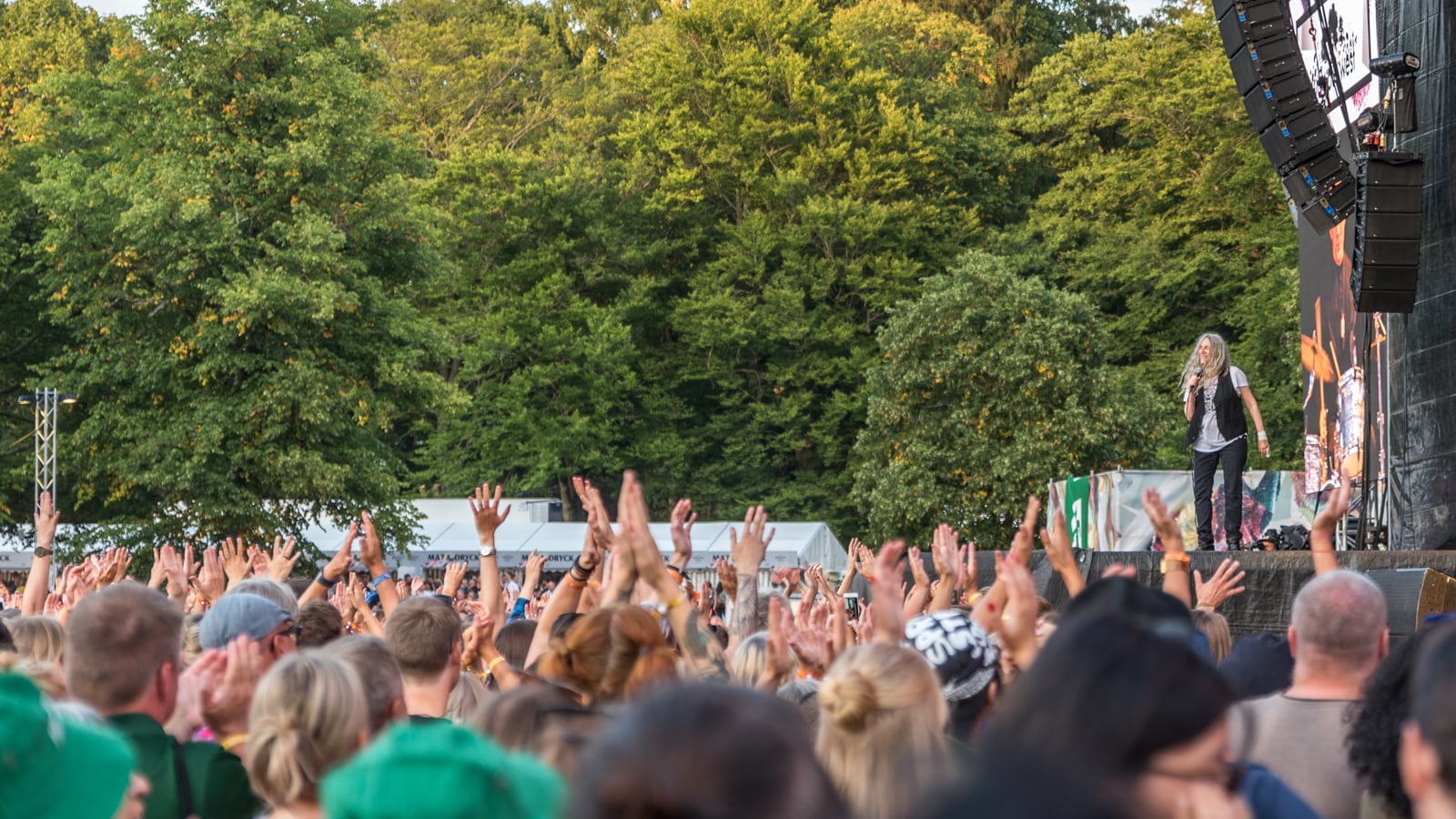 Welcome to the GTG
Most international travelers head to Stockholm on the other side of the country for adventure, but Gothenburg has more than enough charm to warrant a visit. We swam in the ocean, drank in the park, and ate a delicious brunch. From the airport to the city to the festival, everything just worked so much smoother than my last few weeks of travel. 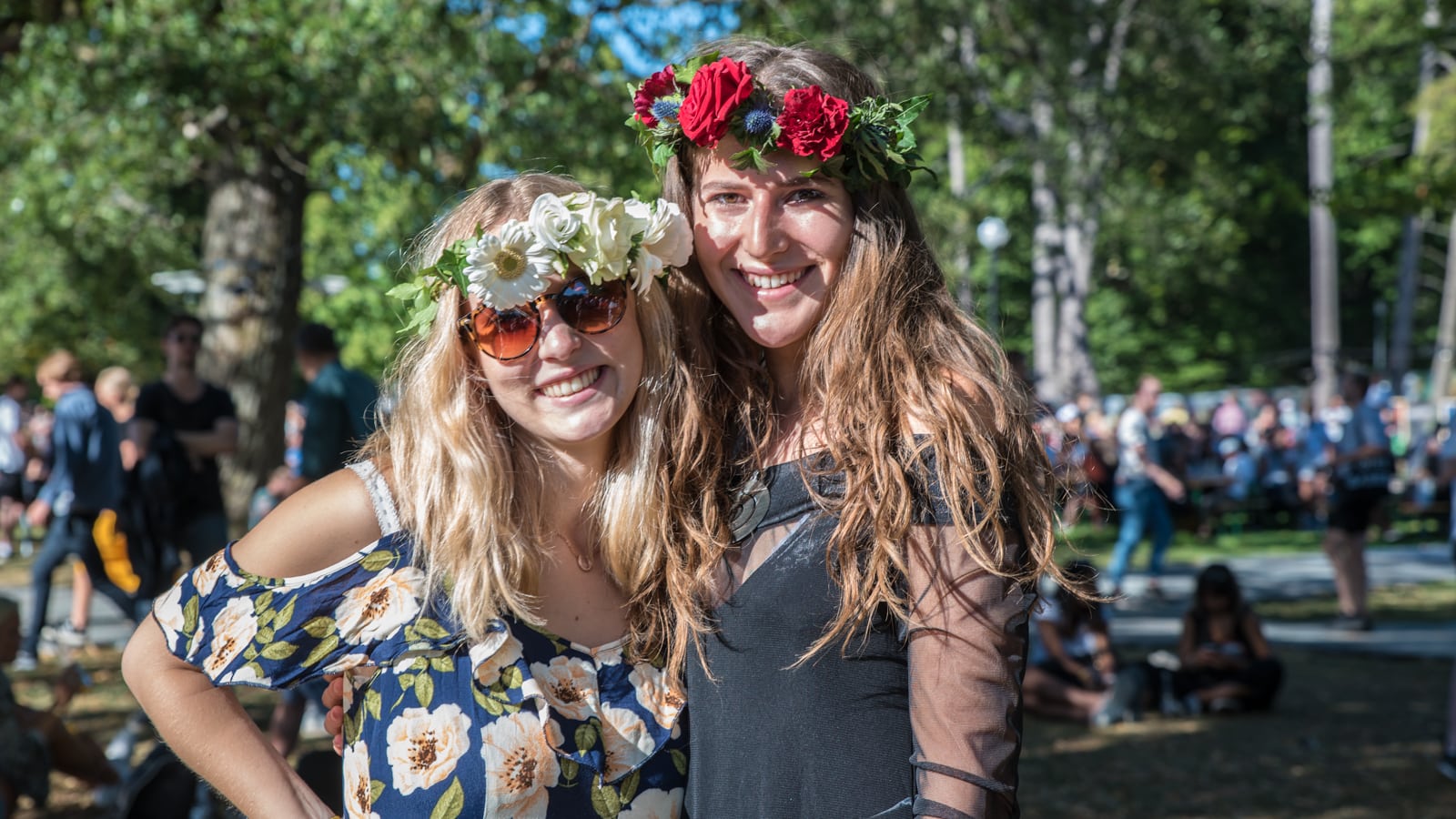 50/50 Works
Way Out West is one of the only few major music festivals that signed the 2018 pledge to make music festivals have 50/50 gender balance by 2022. It’s an admirable goal, and one that’s spreading throughout the festival industry — I’ve seen far more diversity this year that at any other time on 100 Nights of Summer and it’s a change that’s been love overdue. 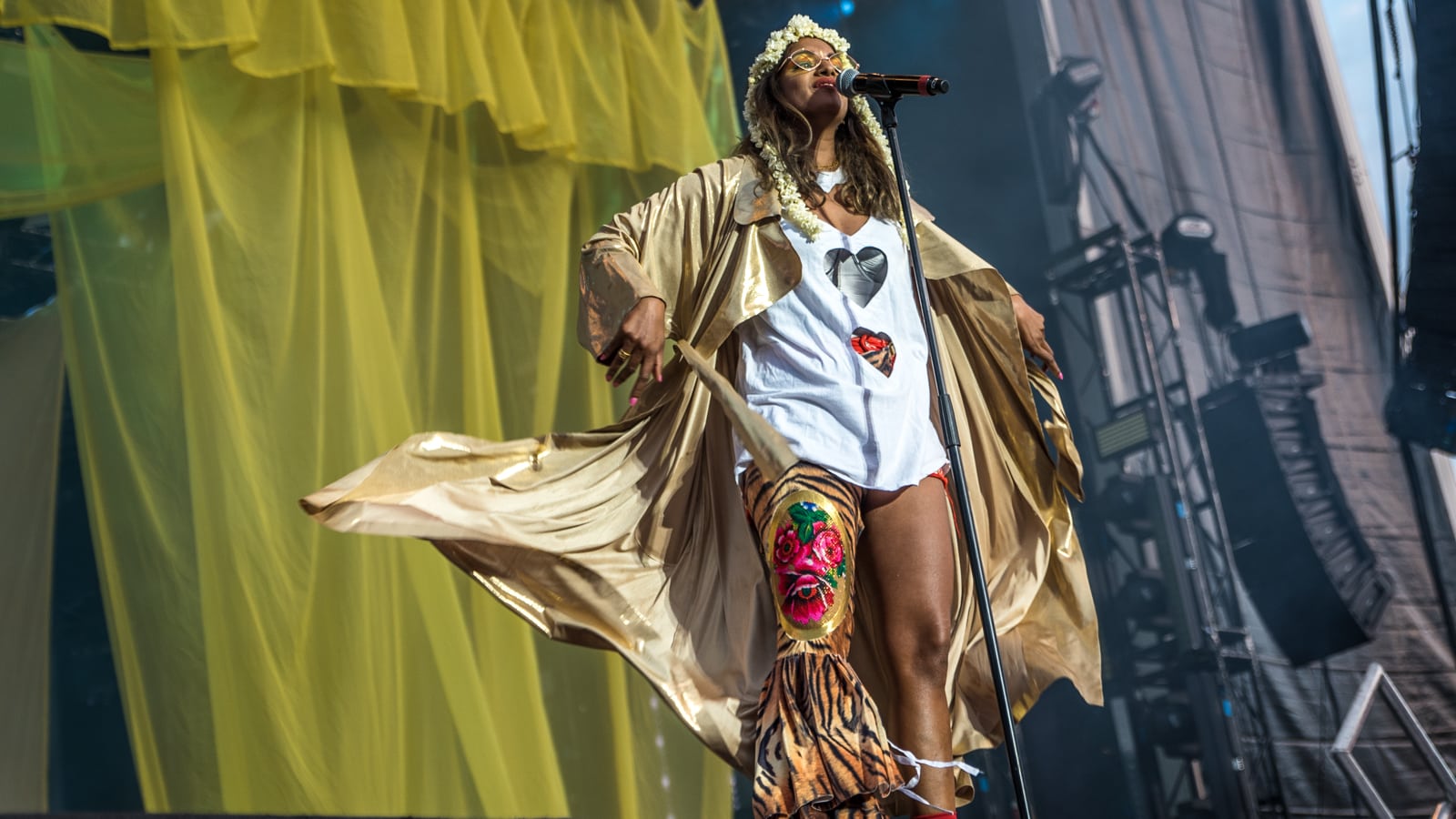 The Festival Fashion of Way Out West
First thing you need to know about Way Out West is that it’s filled with Swedish people — about 30,000 a day sporting some serious Scandinavian style. I needed backup, and my pal Peter Rooney flew in from Scotland to handle some fashion photography. Here’s a sampler below and check out the rest in our mega-sized photo gallery. 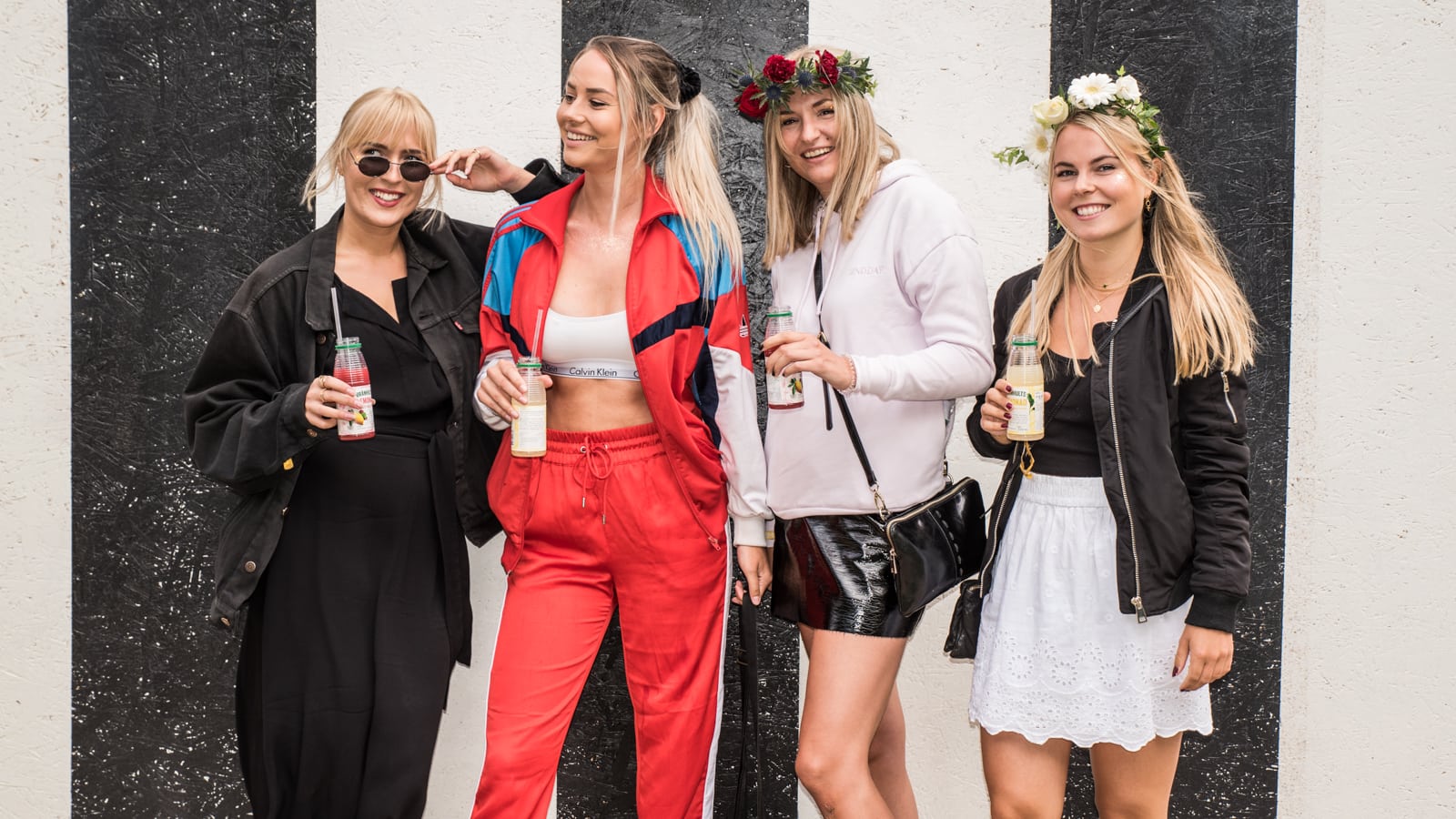 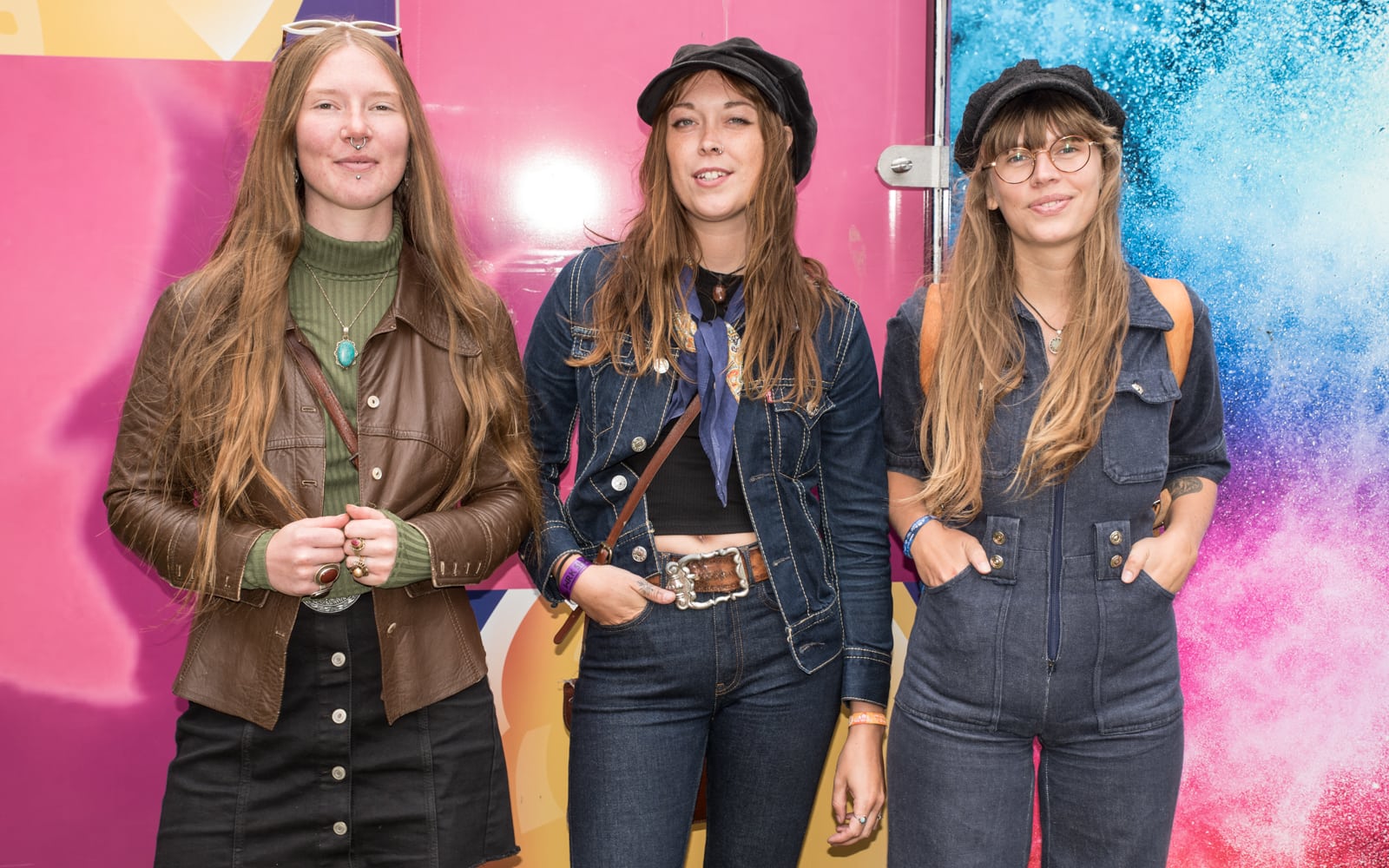 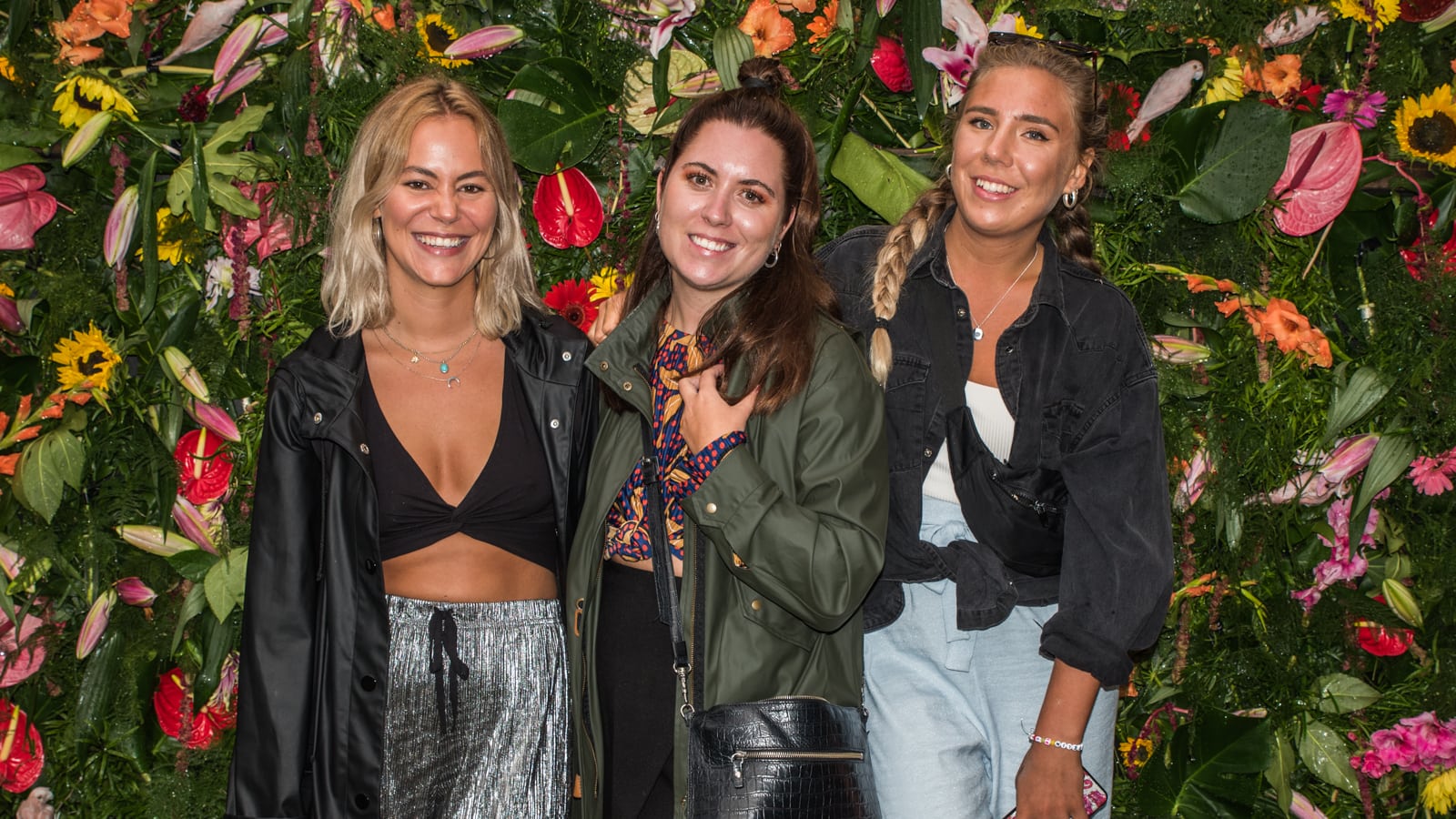 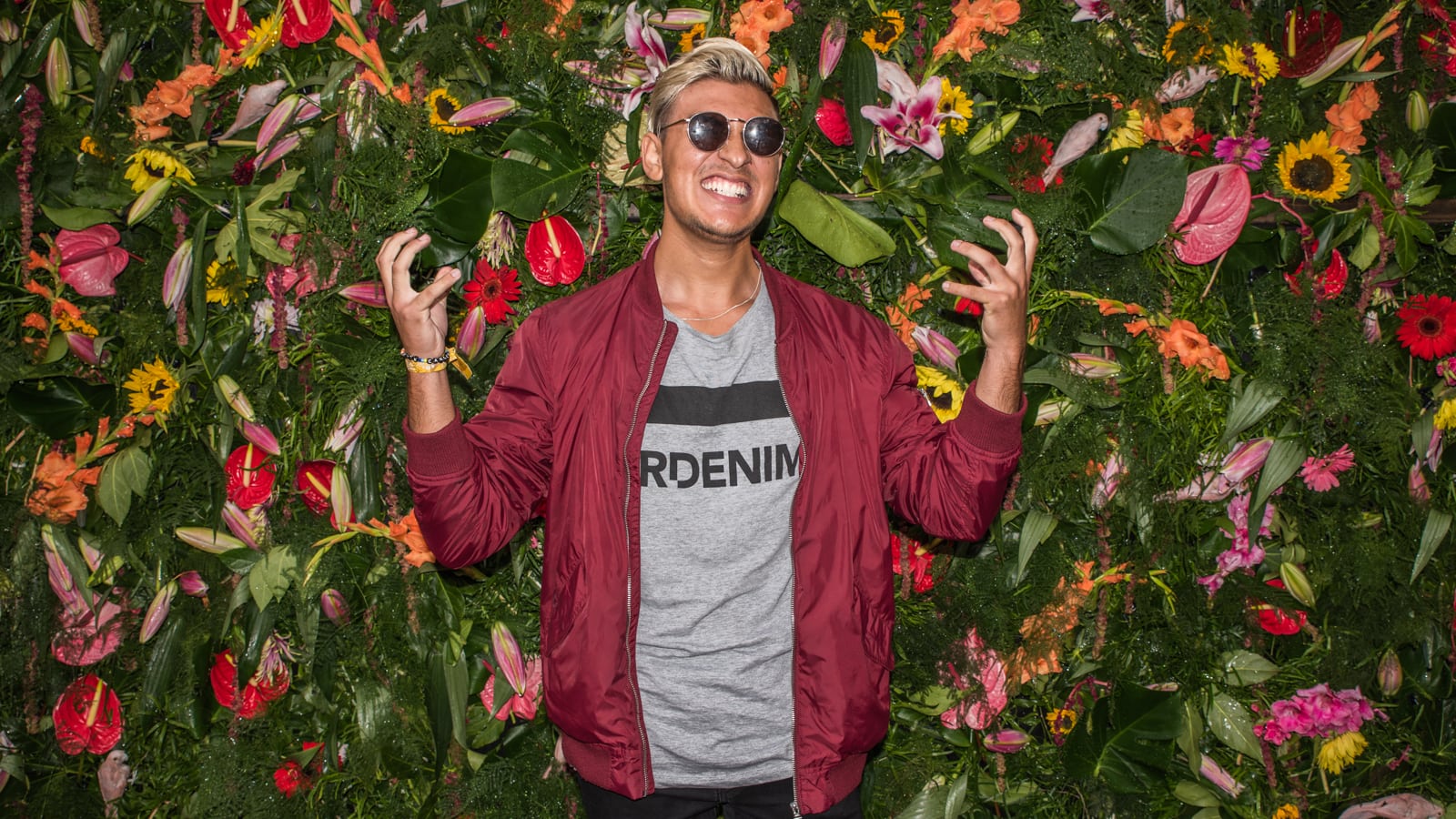 Party All Night
We’re not in Eastern Europe anymore. Gothenburg puts a hard limit on noise which means the main festival grounds close down by midnight. The party then moves into churches, clubs, and other various venues around the city. The main downside to the club shows is that they filled up incredibly quick, leading to long wait times so if there were any artists you wanted to see, you better leave that Kendrick Lamar show early. 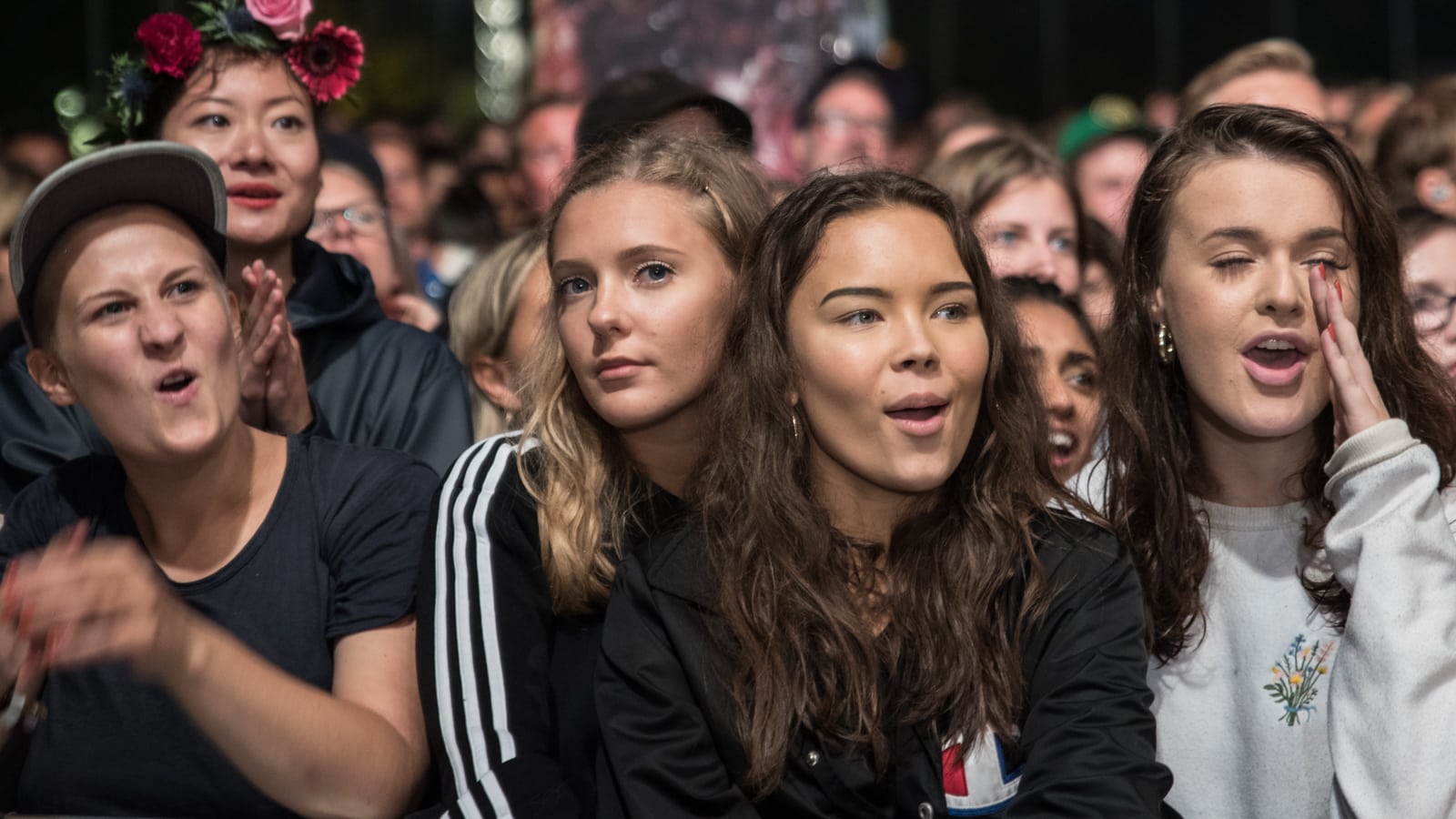 What I Didn’t Like
–Sweden is expensive. Pick up booze at the duty free store at the airport before flying in to save money.

Iggy Pop
Dude still knows how to shake it, just burning through favorites and even a David Bowie cover. 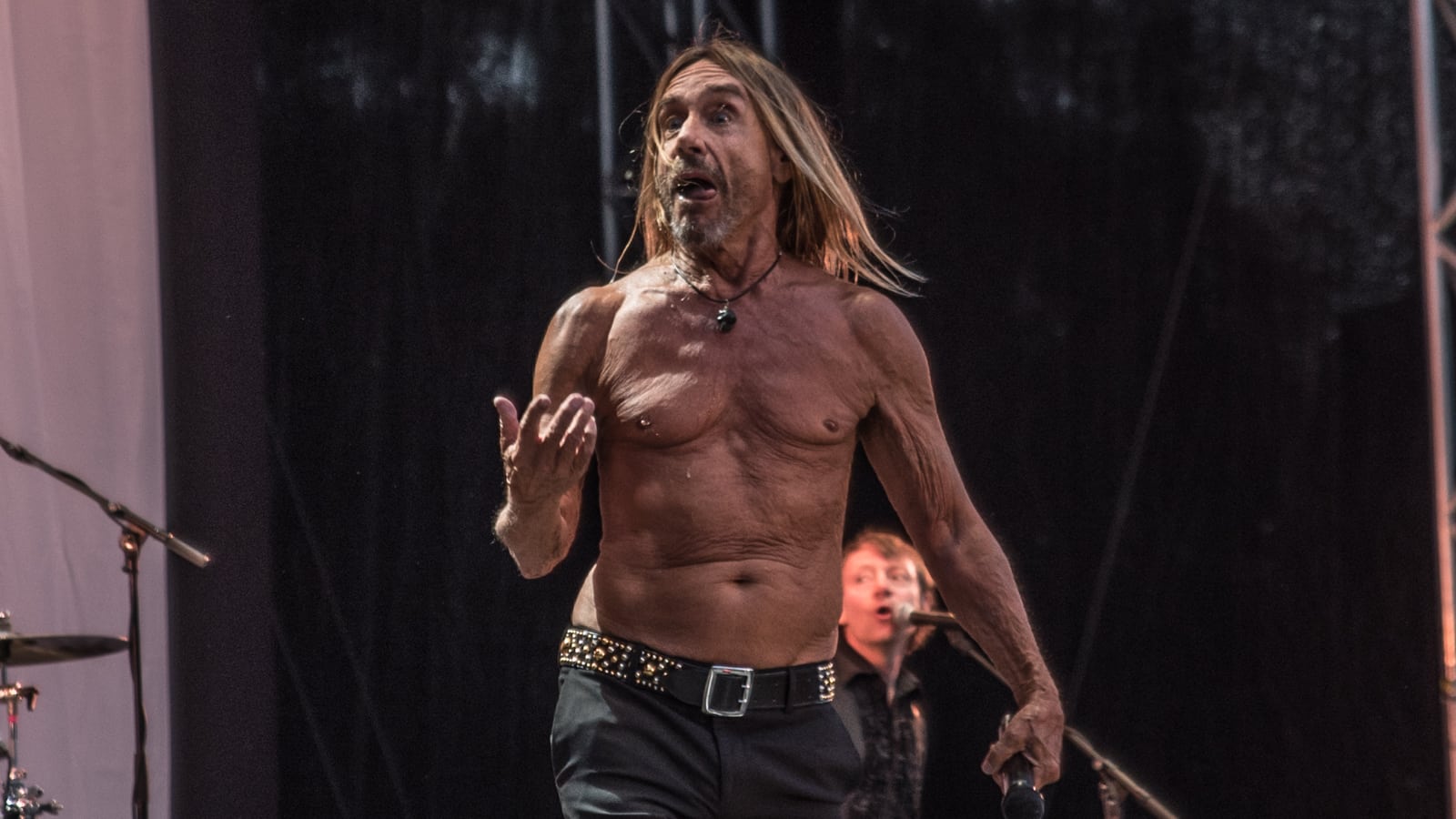 Arcade Fire
A pouring rainstorm drove us into the only tent to dance like crazy for Bonobo, but our group managed to make it out for the final half of Arcade Fire, which turned into an ideal capper for Saturday night (and the last night of the festival) with the whole crowd singing along to Wake Up. 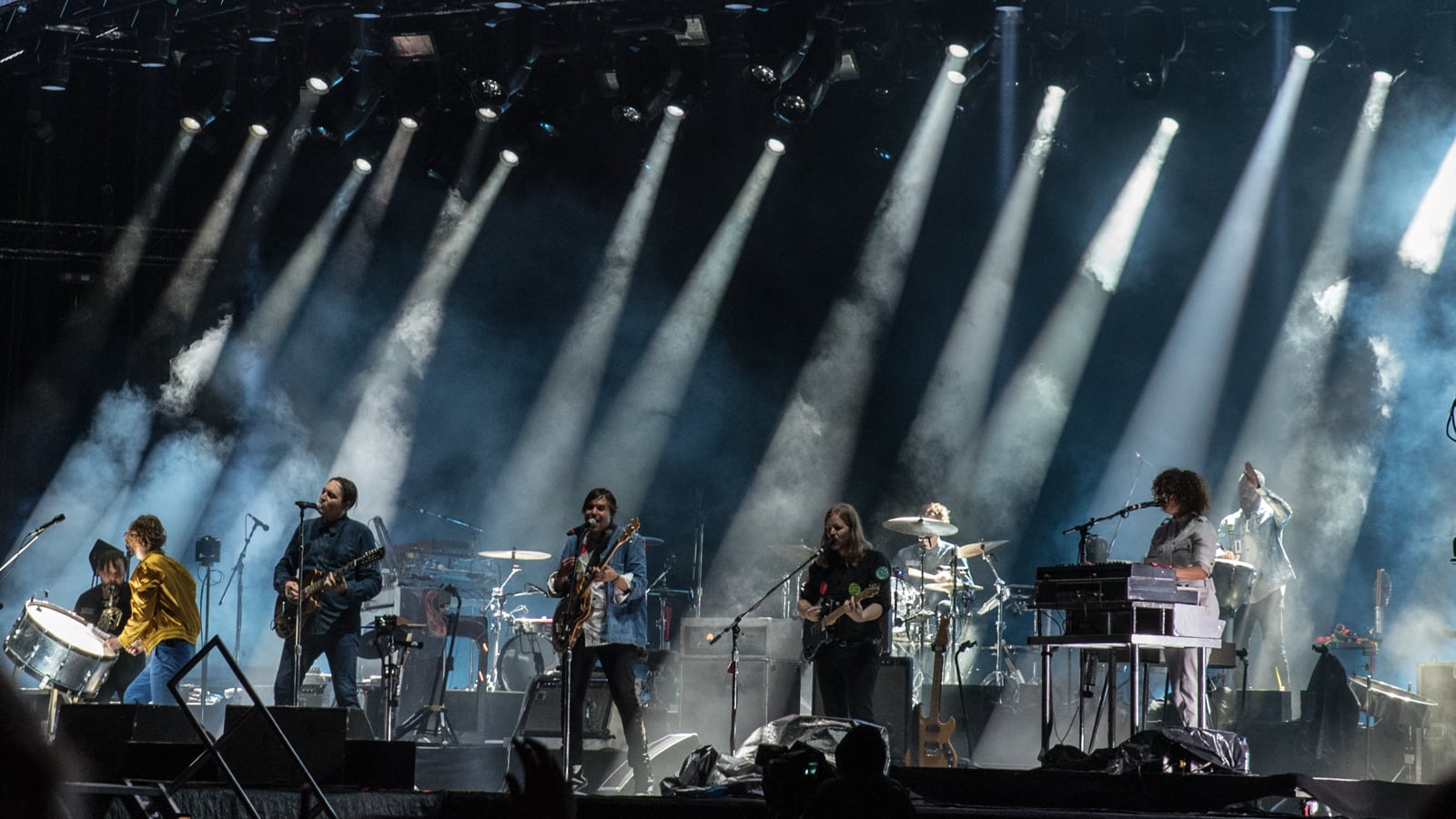 St. Vincent
Annie Clark just continues to be one of the most mesmerizing acts of the summer. 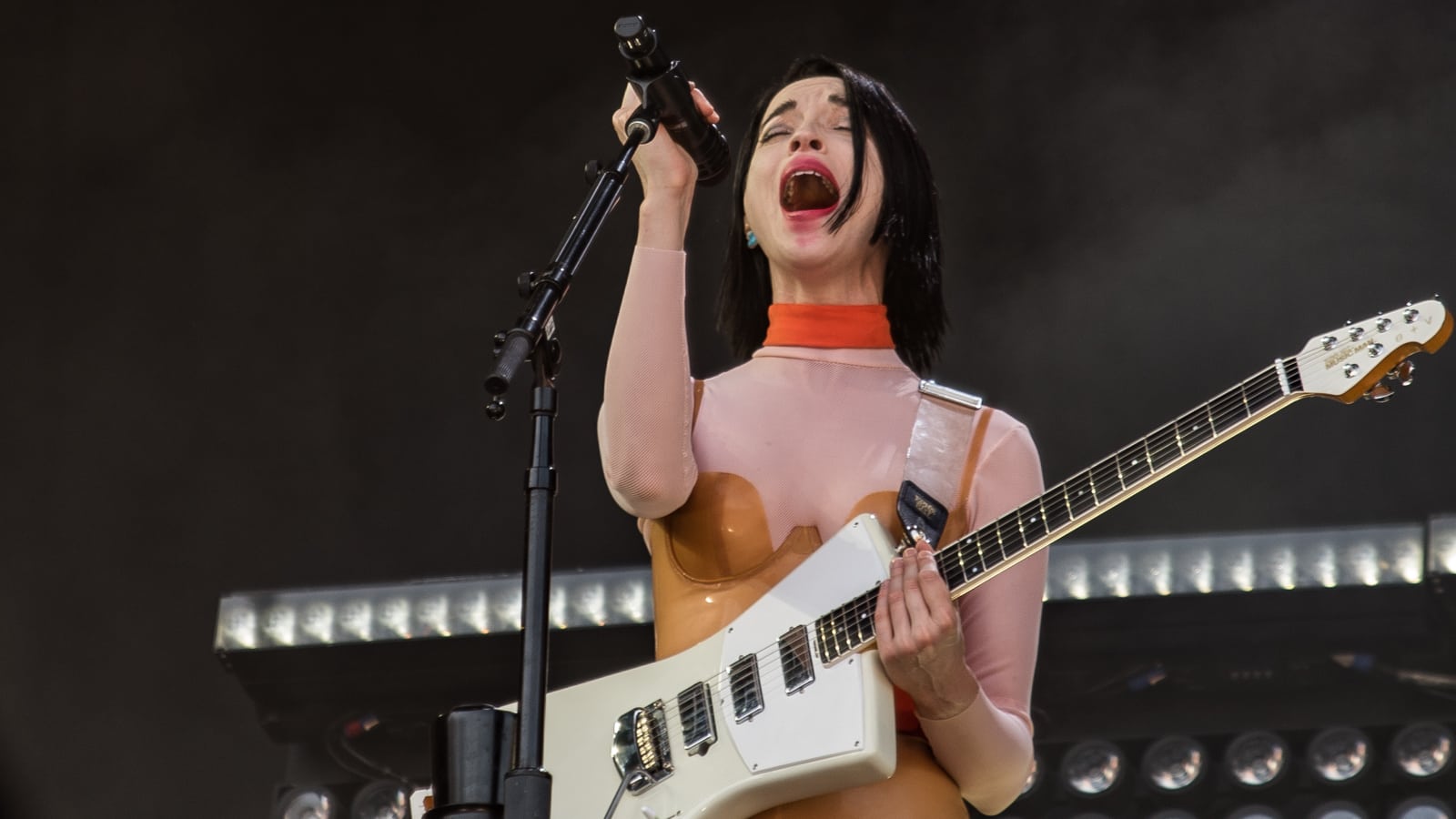 She’s also really helpful for music reporters, pre-recording some video answers to common questions that we have might have about her new album.

I Am The God of Rain
It’s been pretty common for me to show up in a country and hear that it’s their warmest or driest summer in over two centuries. I’ve broken droughts three times now. 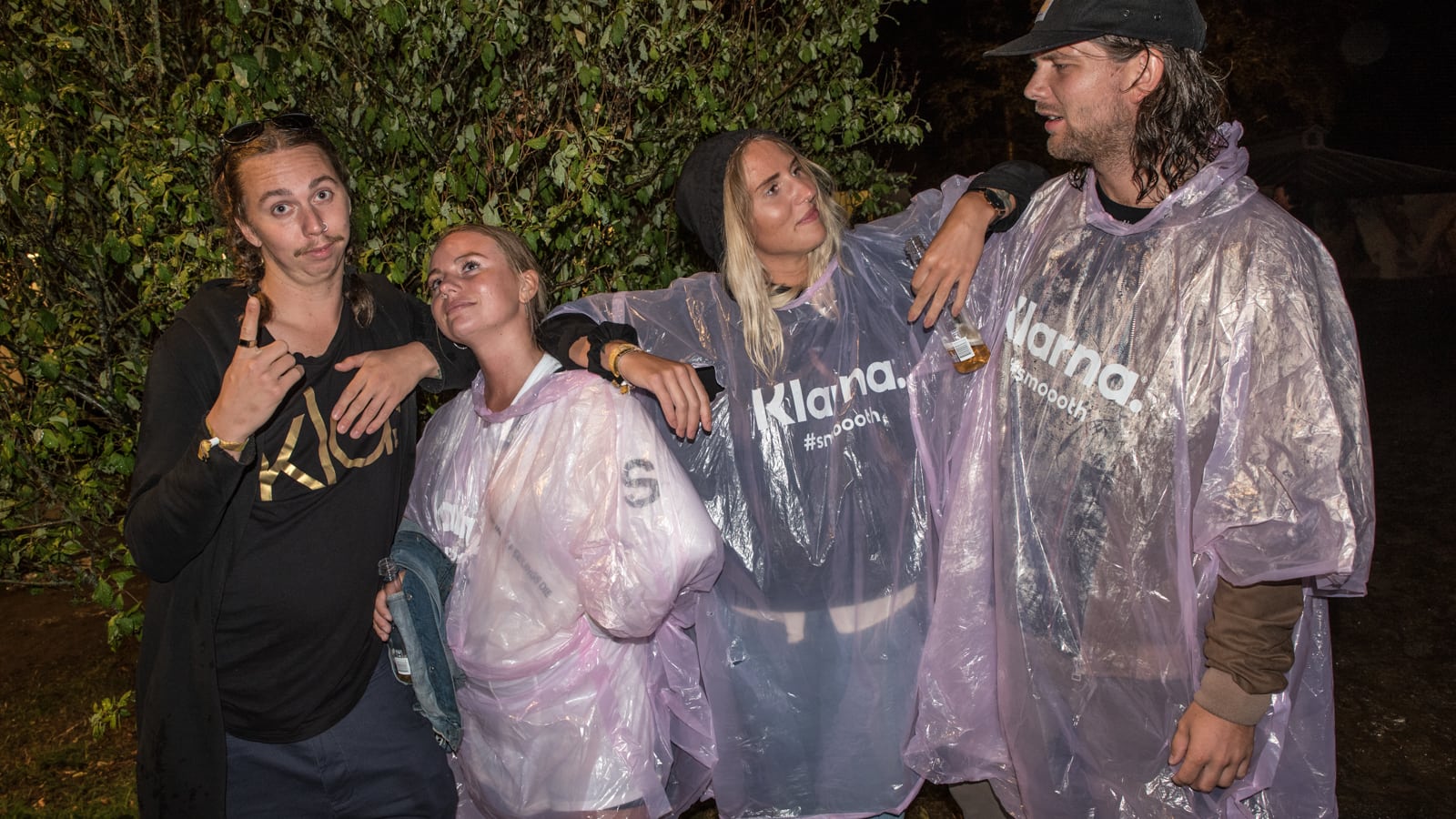 We Bare Bears
During Patti Smith, this girl alternated taking pictures of her tiny stuffed bear, hugging it, and kissing it. I see a lot of strange shit over the summer. 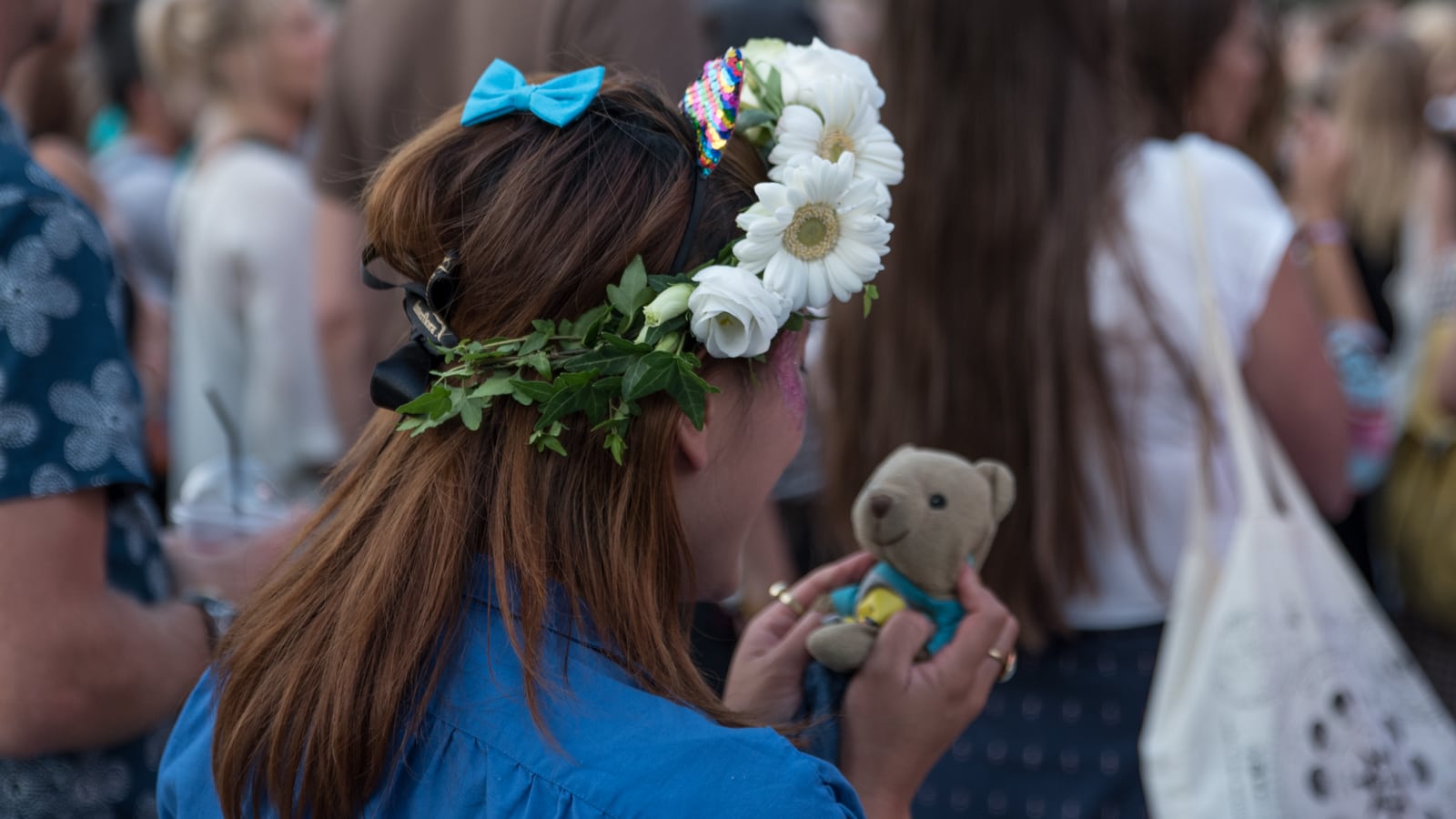 Fashion Forward
Some fashion photographers might give a few simple directions when catching a quick shot. Not Peter Rooney, who I overheard directing insanely complicated backstories. Example: “You’re both Russian spies who didn’t know the other one was a spy, but you just found out. Also, you’re like a ballerina from Black Swan — like an undercover Russian spy posing as a ballerina. Now go!” 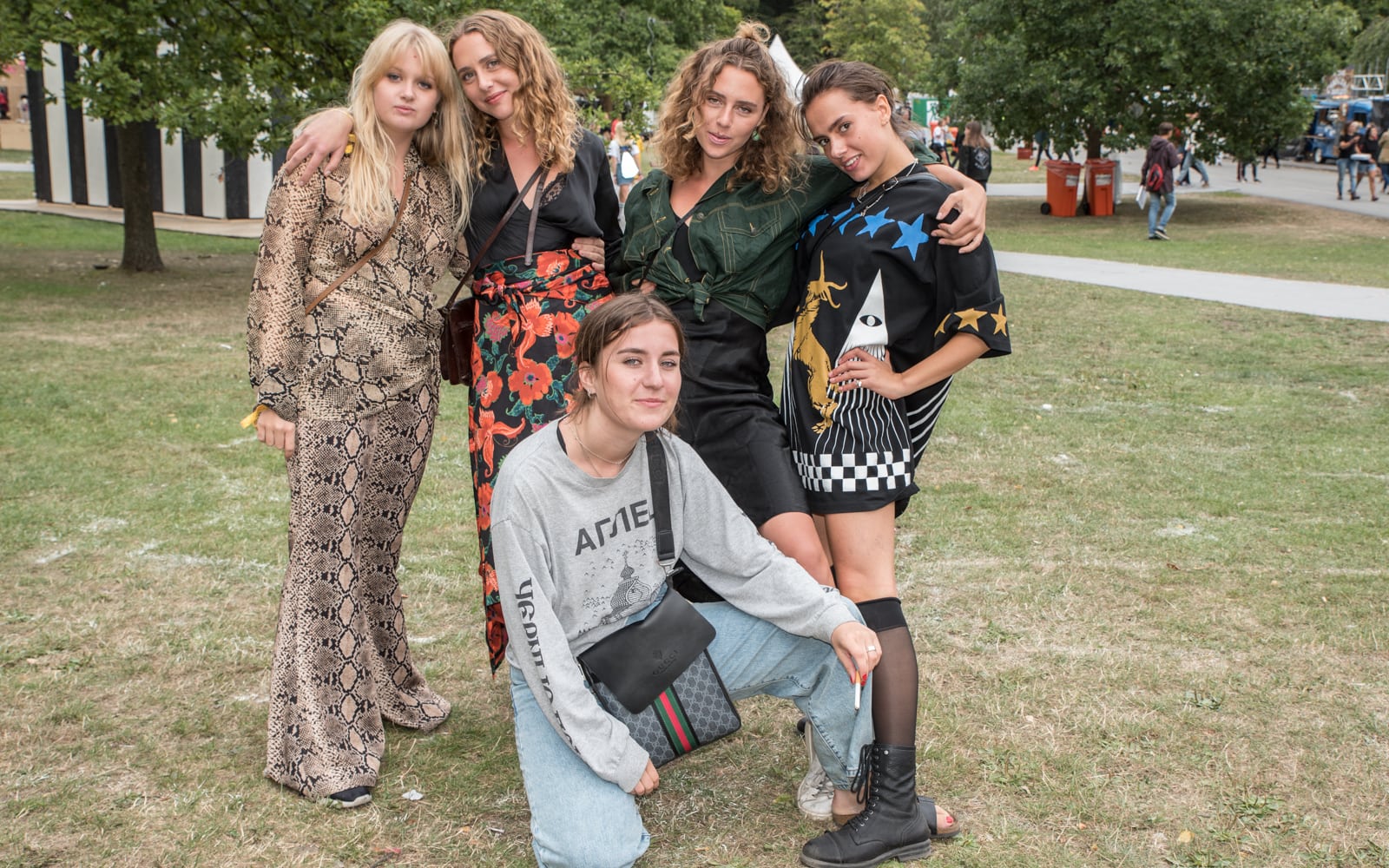 Mysteries Abound in Sweden
How did they get there? Their feet aren’t wet. There’s no pathway. How is security going to get them down? 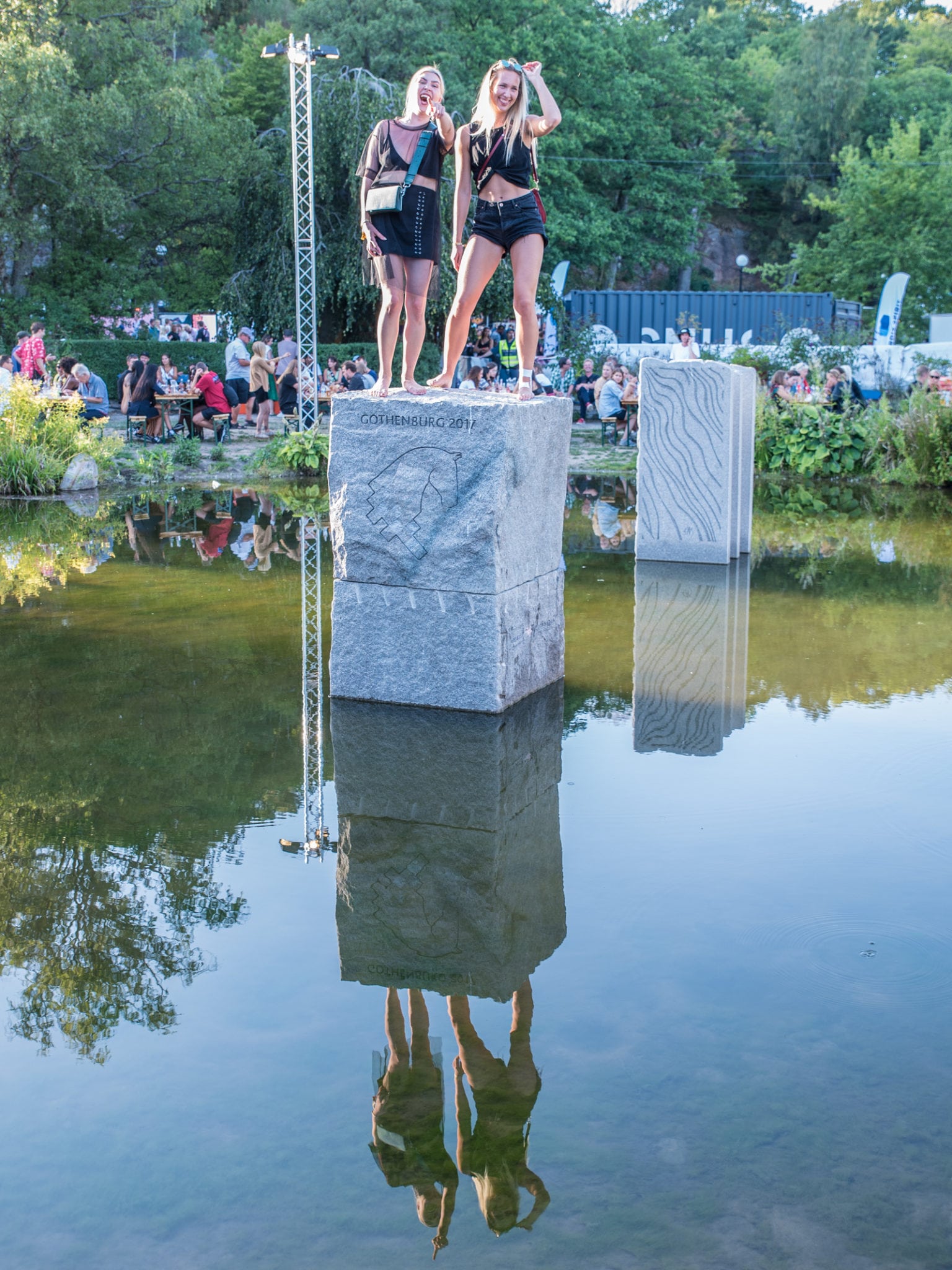 #dedicated.
This guy flew from Japan just to see Arcade Fire because they never play in Asia. 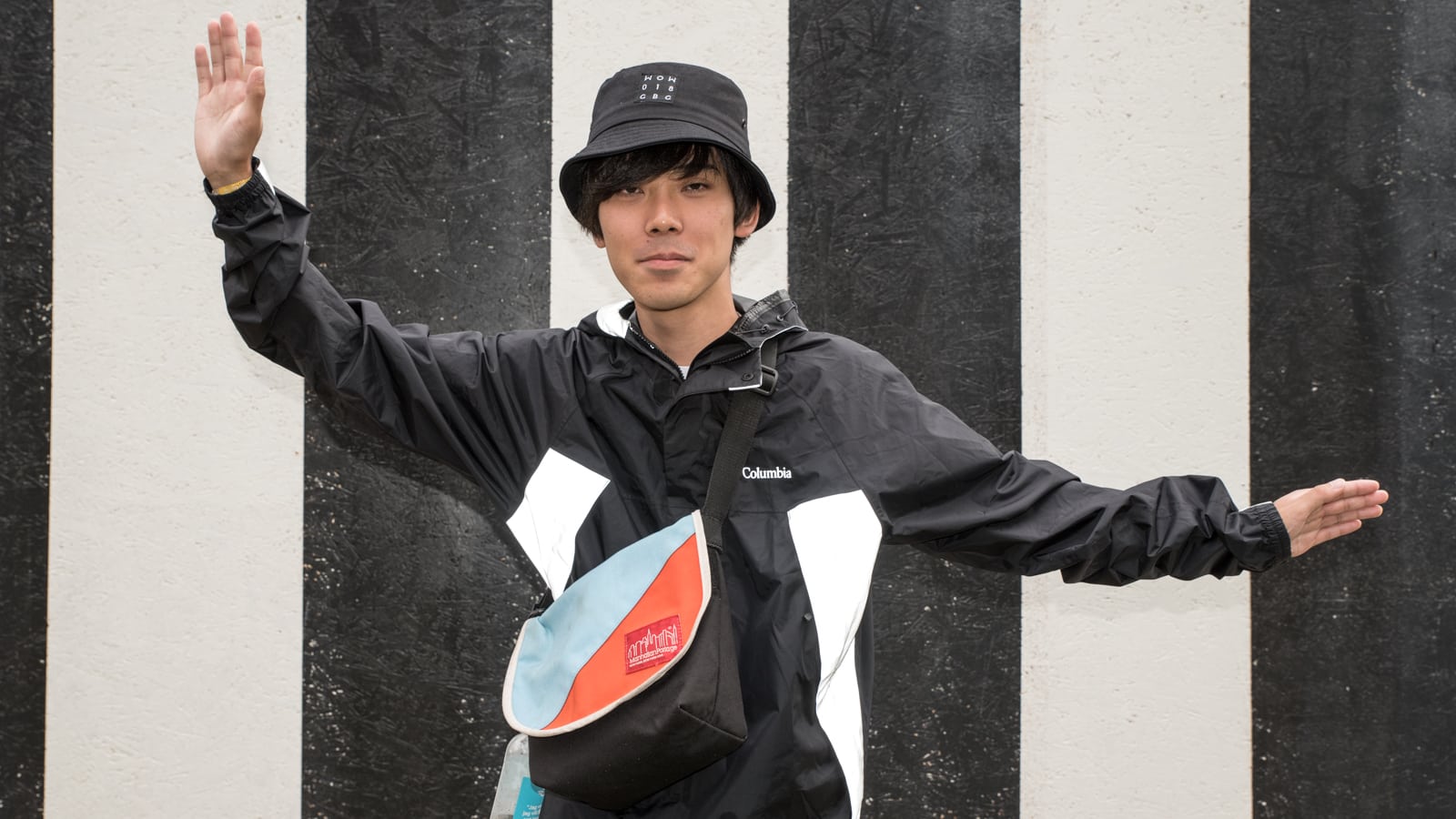 Where Did You Sleep?
This is a downtown city festival with no camping, although Gothenburg features plenty of lodging options. I stayed in a functional Airbnb apartment not more than five minutes from the entrance of the park.

How Did You Get Around?
There’s a tram ($3.25 USD per ride) that hits up everywhere you would want to see in Gothenburg, but we mostly walked around this

How Did You Get There?
I flew from Krakow in Poland ($22 USD) straight into the easy Gothenburg airport. You could also try Malmo or the Stockholm airports, but the train ticket up to Gothenburg may be costly.

Like I said up in the introduction, Way Out West has been on my festival bucket list for nearly a decade. Like Primavera Sound, Sziget, EXIT, and Rock Werchter, WOW is one of those first international fests that inspired our website and this 4-year festival journey across Europe and I’m always happy when one of these lives up to my self-imposed hype. Great people with a terrific lineup in a beautiful Swedish park? What more do you need?