Day #3: Return to Vitosha and Off to Bansko

5.00 am: I’m woken up by the gentlest of alarms — my fall-down drunk hostel roommates returning from an all night pub crawl. I’m so excited about going riding that I can’t fall back asleep. After a few cups of coffee and a bit of work, I’m off to see about pressing glass in Bulgaria.

8.10: In the line for the gondola. I’m about five cars back. The Bulgarians are doing that Euro-line thing, where they just form an amebous-like blob and just mob their way to the front. 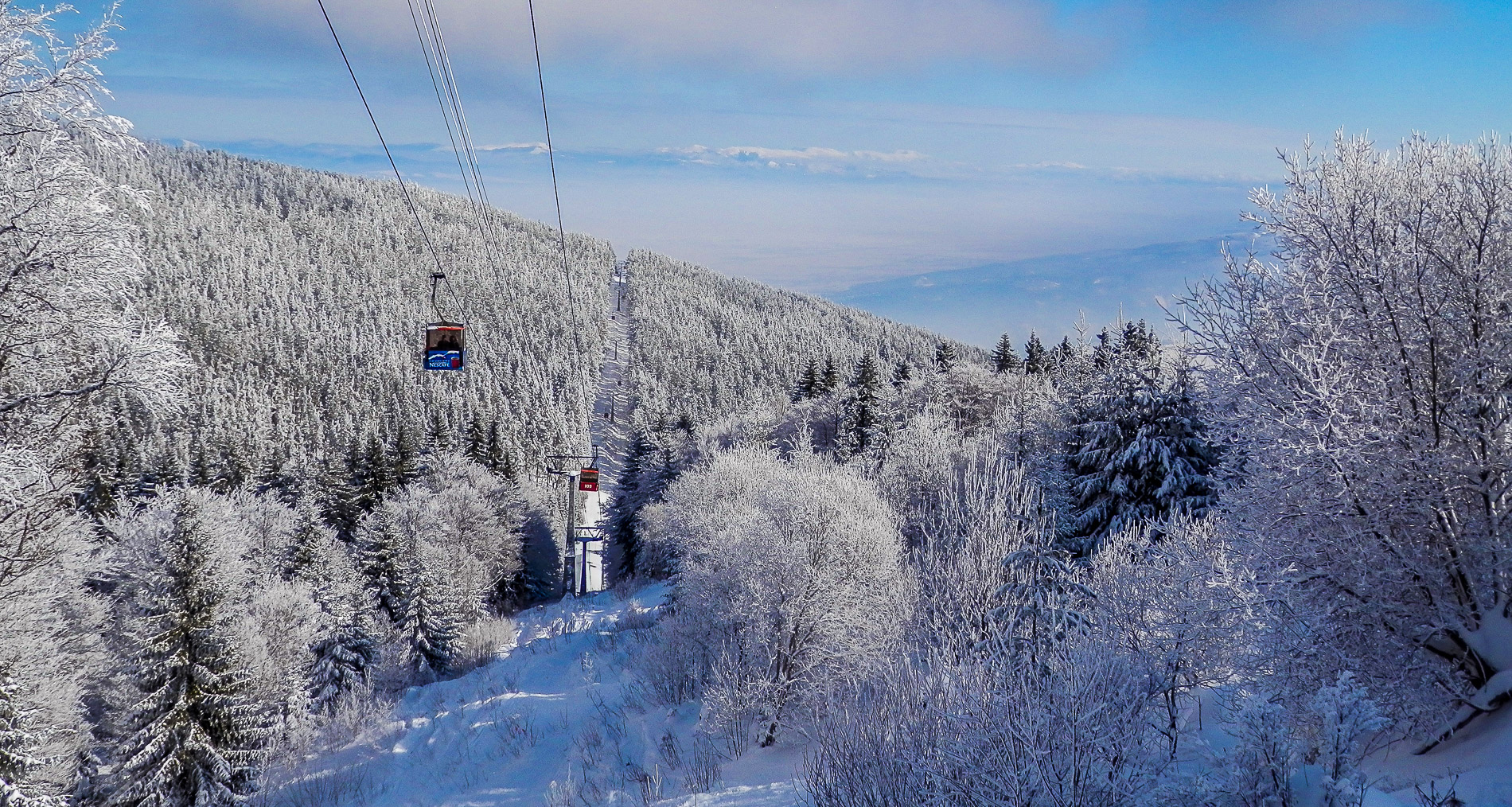 9.05: At the top of the gondola. It’s going to be a bluebird day and for the first time I can see the top of the mountain. It’s not much higher up, but the long ridgeline promises plenty of fresh tracks. I’m pretty damn excited to ride the upper terrain.

This is a hope that will soon be dashed.

9.15: First run is a little rougher than I expected. The bulk of the storm must have happened during the previous afternoon, and here on the lower mountain, there’s only one lift so it must have seen some high traffic. At least, there’s plenty of snow at the top, but when I get to the upper lift, it’s closed. The other one doesn’t seem to running either. 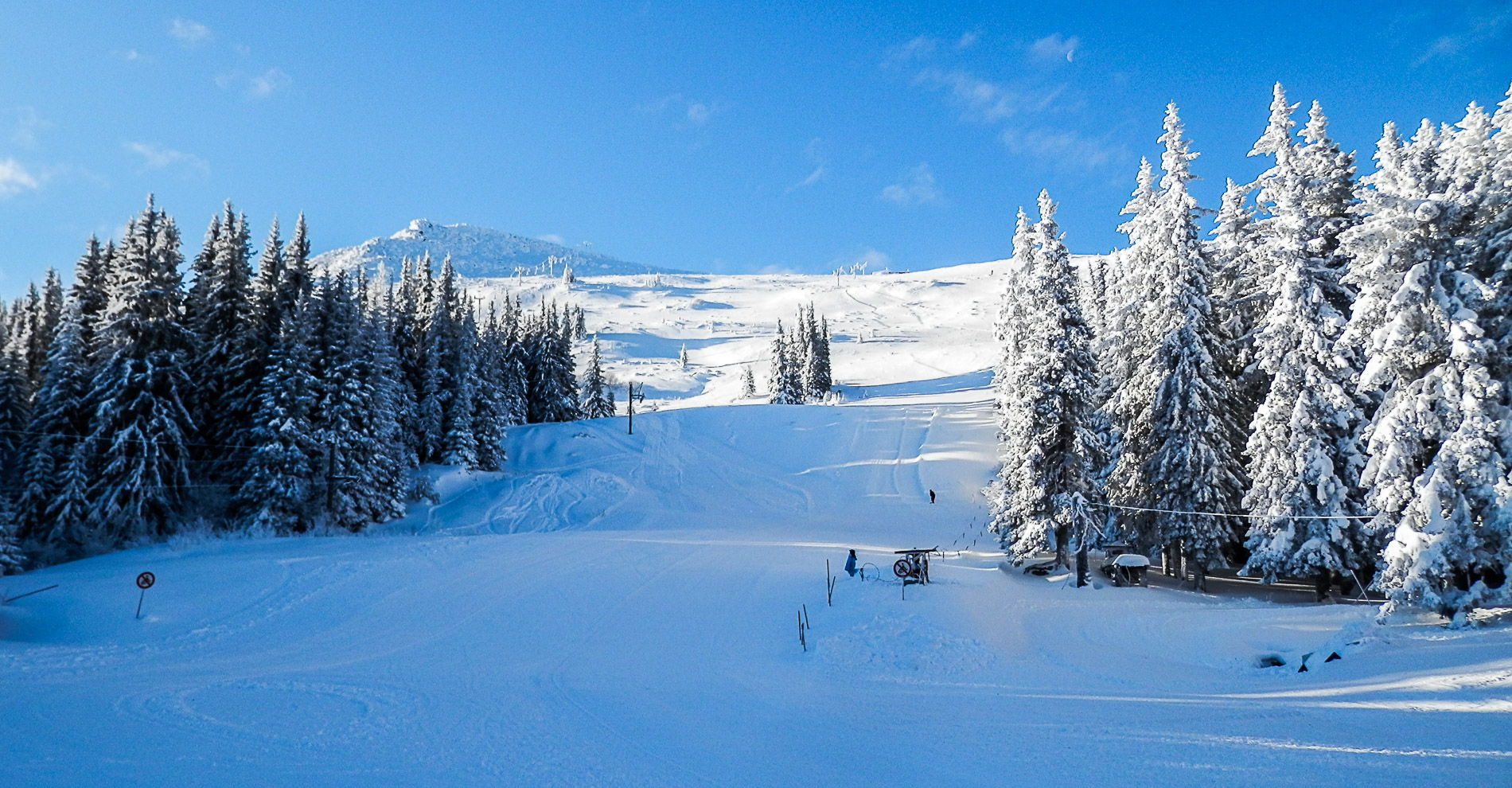 9:45: All the upper lifts are still closed. I find a near untouched field that can be reached from the gondola. I skip the hundred person line at the only open chair and climb the long stairwell up to the mid-station to repeat the run. It turns out this is how I will spend the rest of my day. 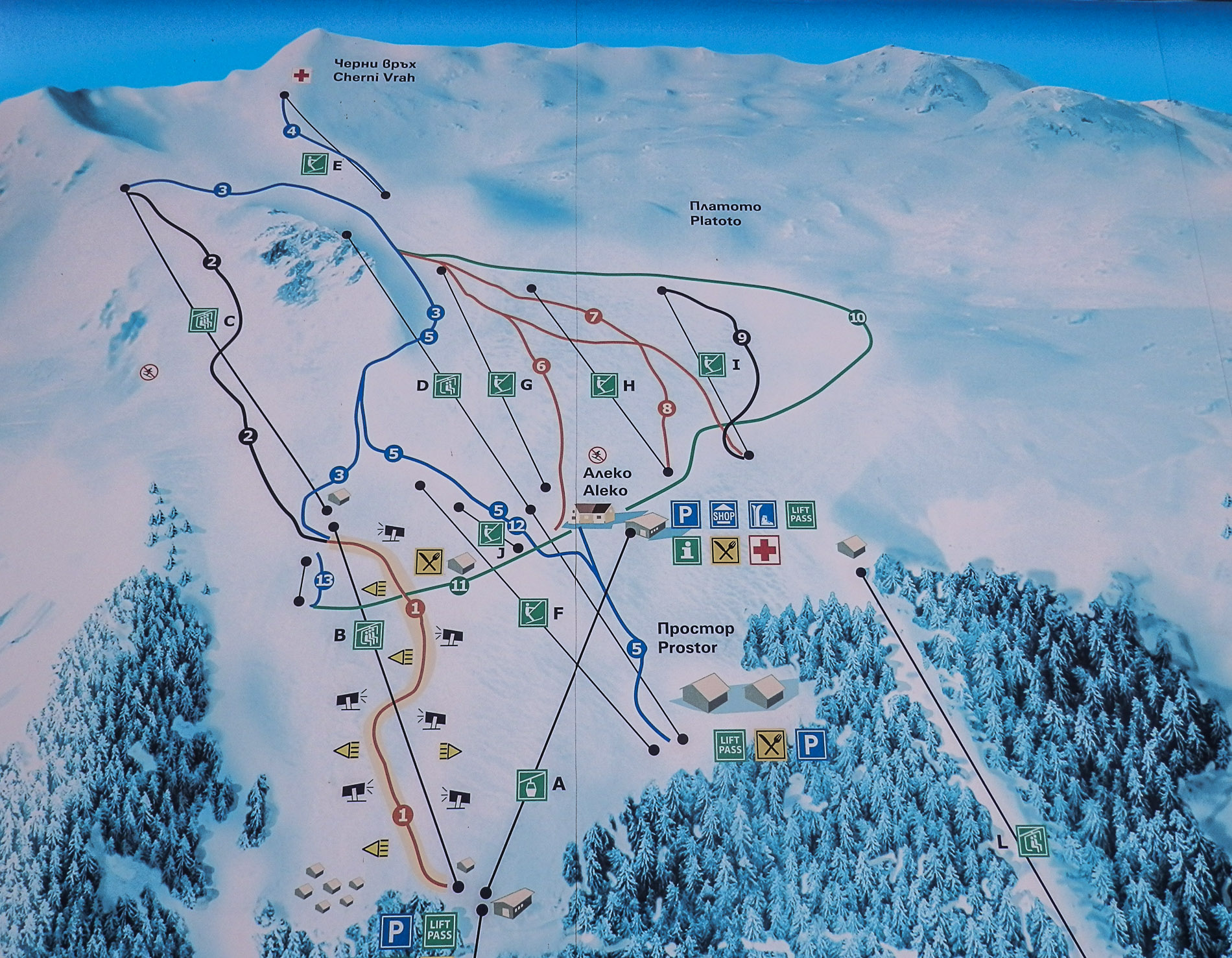 10.45: “The top lifts have been closed for the last two years,” a boarder tells me in the gondola. “They call it Black Peak.” He points at the ice encrusted double that heads to the top. “It’s very cold on that lift.” The running conspiracy theory is the owner of the area has purposely turned Vitosha to shit so that riders will travel to the much fancier and much more expensive Bankso ski area (which he also owns). His plan has worked as I’m heading there skiing after my morning half-day. 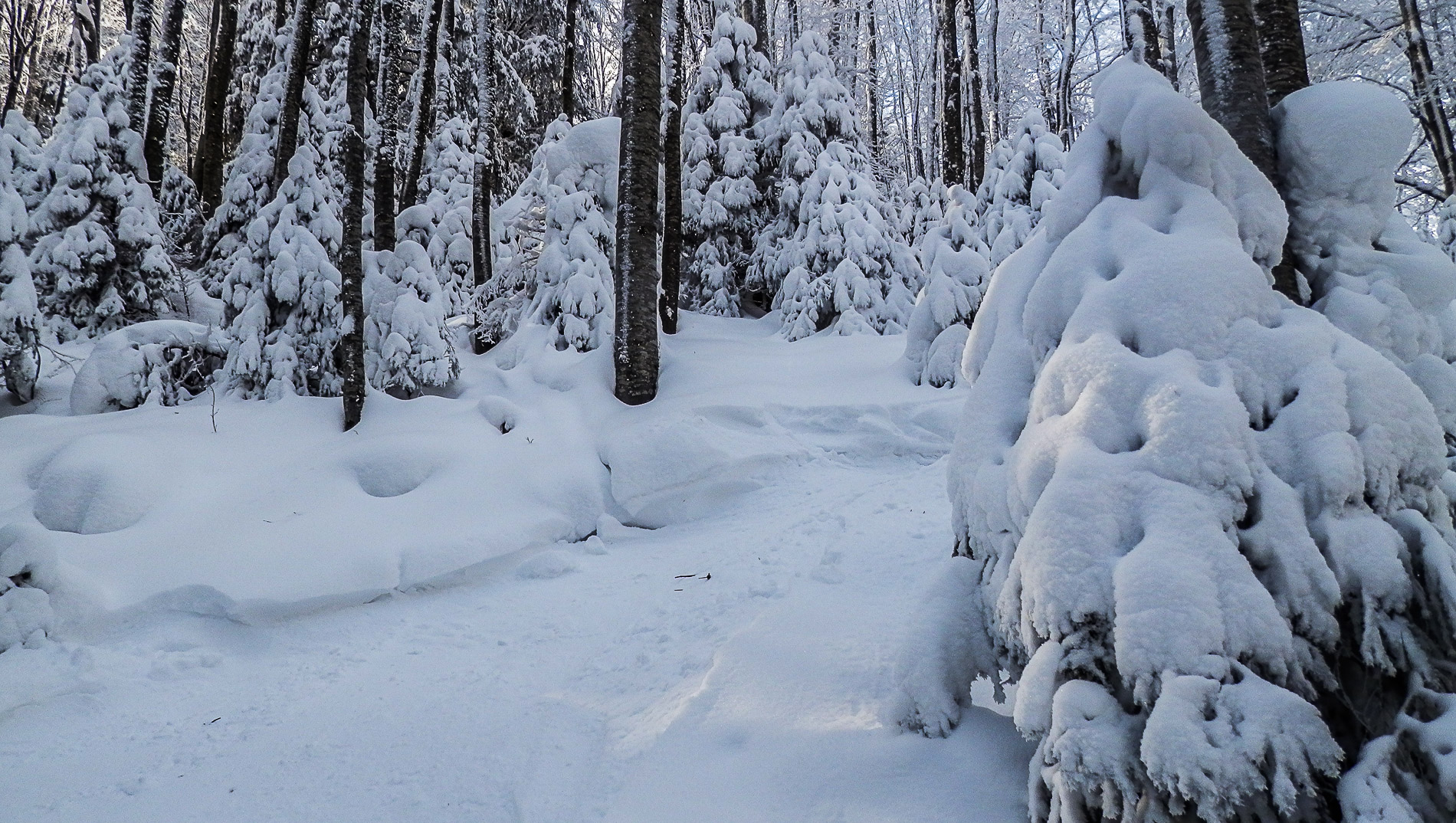 I find some deep snow

12.15: My last run under the gondola. There’s plenty of stashes around this lift line and almost no other people. I’ve spent most of the day here and am having a blast. It’s so warm, I’ve stripped off nearly every layer.

1.55: I’m in the Sofia metro wearing my snowboard boots and googles. There’s a few other skiers in here mixed with the regular people going about their normal business on a weekday afternoon. We get more than a few glances. 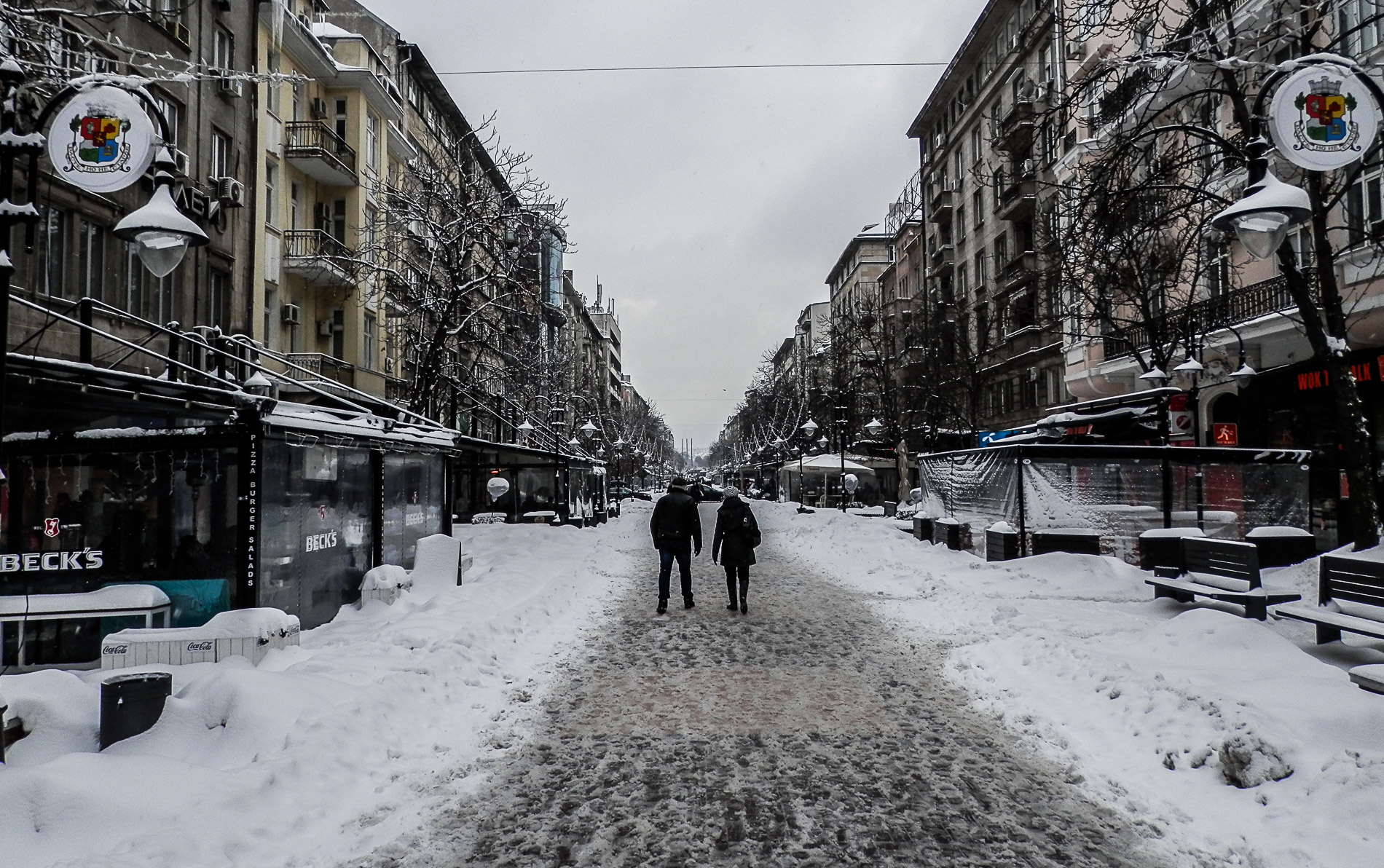 Sofia in the snow

4.45: I’m pounding on the bus door for the last bus of the day to Bansko. The driver gives me an exsparated shake-nod of his head and lets me on. After the early wakeup call and a dozen heater laps under the gondola, I immediately fall asleep.

9.05pm: I’m in Bankso, Bulgaria. This is the country’s largest ski hill with a fairly large ski town. I’ve been told it’s popular with both Bulgarians and the English. This will turn out to be true.

9.25pm: If you thought that because Bansko was a ski town, that they would have clear sidewalks, you would be wrong. I’m not complaining. There’s so much snow here this season that they have no idea what to do with it. I finally find my hostel and am welcomed with a cozy fire and glass of whiskey.

Lessons Learned Today:
The 122 bus line is what you want to catch from the mountain. It’s a straight shot with nearly no stops to the Vitosha metro station. The 123 takes you on a tedious journey through the southern part of the city.

You can buy a ticket on the Sofia tram, but the machine only takes coins. If you need change, you can get it from the driver. Don’t forget to validate your ticket. If you’re confused, an old lady might give you a hand.

Just because the pizza lady says it “just came out of the oven” doesn’t mean that it’s hot.

Song of the Day: Believe, Cher
This is what my cab driver had playing on the way to ski hill.