I bought a new snowboard.

I couldn’t handle the rental gear. It turns out that waiting twenty minutes to pay $15 bucks to use a terribly maintained snowboard is a terrible waste of time and money. I’ve tried it three times since arriving in Europe. It’s not worth the experience.

I reckoned out the numbers, stopped by a small ski shop in Bansko, and picked up a new board with bindings for around $300. Sure, it’s a beginner Burton board, but really, anything was better than what the rental shop provided.

Bansko Ski Resort
This is not only one of Bulgaria’s top ski areas, but one of the best in the Balkans. Modern lifts, well-groomed trails, budget-friendly food, and a hopping town, has turned this hill into a holiday mecca for the British. The ski area itself isn’t terribly challenging, but there’s some off-piste areas that had me drooling. I also stepped off the trail a few times into the trees, and believe me, there’s some potential out there.

Here’s the ski map. Just to be clear, that lift and the accompanying area on the right is not open and will never open. I’m not sure why it’s on there. What is there is an old lift not owned by Bansko from a previous venture. It’s permanently closed.

The views of the Pirin Mountains are stunning with just about every lift showing off an incredible landscape. I found myself daydreaming what summer must be like here. 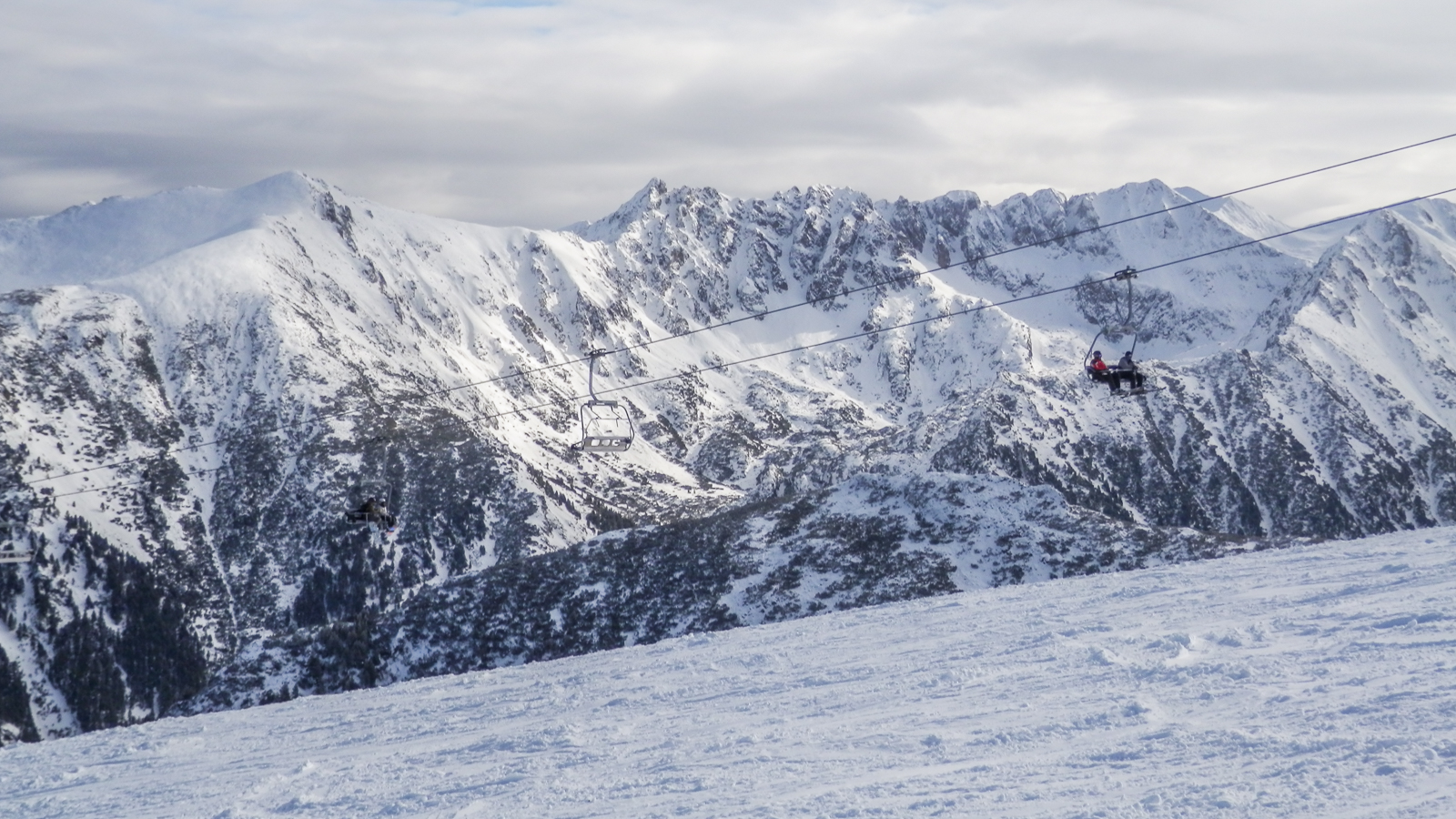 Bansko Resort’s main issue is the gondola, a nearly endless bottleneck that saw me waiting in line for over an hour. The Bulgarian lift staff seem incapable of loading the eight-person gondola to capacity, so expect the longest lift line you’ve every seen if you don’t show up before 8:00 am.

Off The Mountain
Coming from one of the quietest apres-ski scenes in the world, Bansko did not disappoint with slopeside clubs, bars, and restaurants ready to party. The aptly named Happy End, located right at the base of the gondola, seems to be place to be, but there are no shortage of bars in Bansko along with an oddly high number of strip clubs. 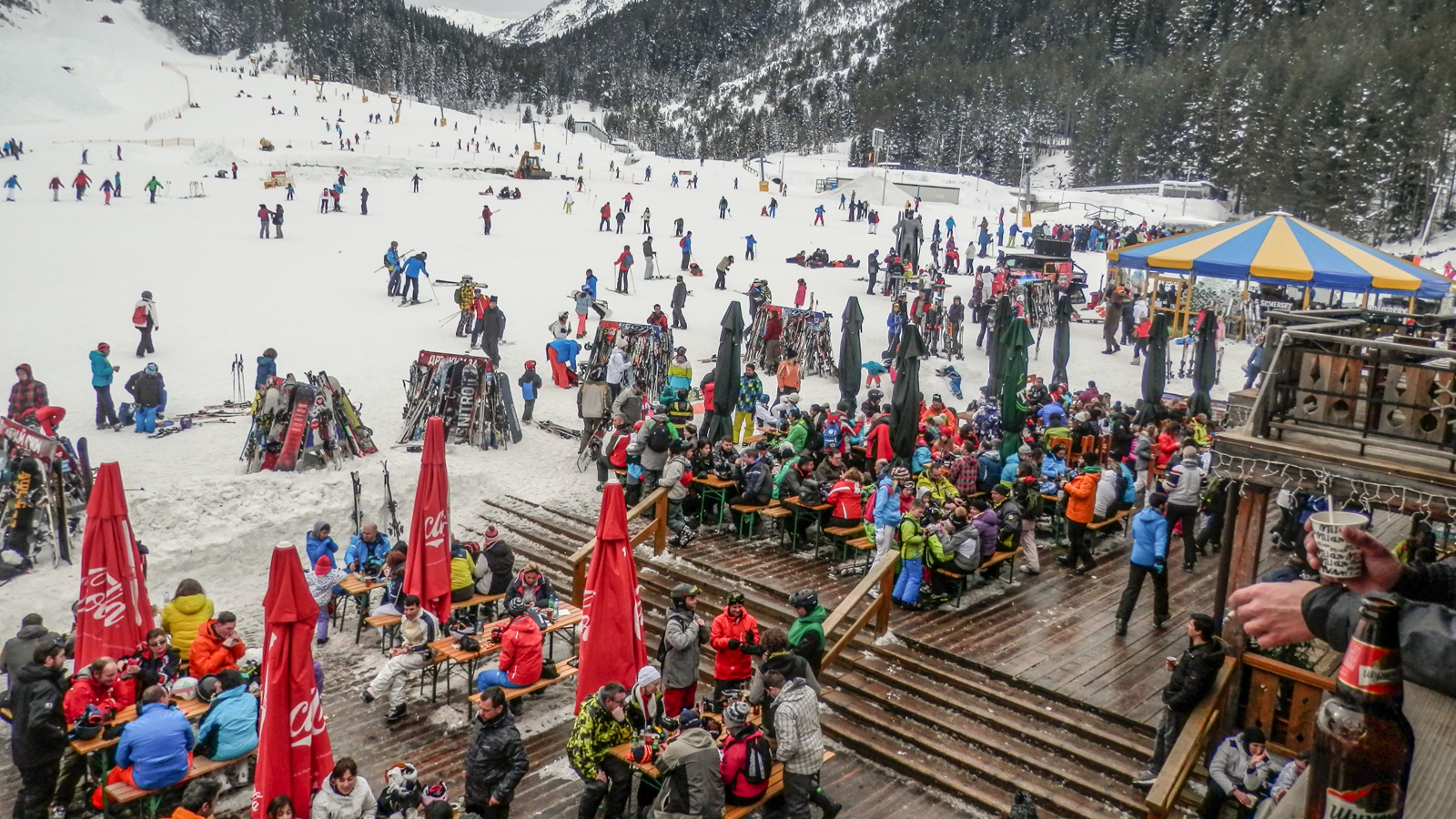 The town itself was incredibly easy to navigate with more affordable ski town lodging than I’ve ever seen in my life. I even found a hostel to use as my base ($11 USD per night) for the week along with some fellow snowboarders bumming their way around Eastern Europe.