I’m in Barcelona this week which means tasty tapas, ice cold Estrella beer, and readjusting my internal clock to Spanish festival time – up all night and sleep all day. Like last year’s Primavera Sound, Sonar has long been on my festival bucket list. While it shares some relation to a typical EDM fest, Spain’s largest electronic celebration of the year also features art installations, special performances, and a tech conference.

Sonar takes place at two different venues in the city. The sunnier and smaller day edition of Sonar was held from 1pm to 11pm each day. The two indoor stages are sweaty, hot fun while the outdoor one is where we all gathered each evening to welcome the sunset. 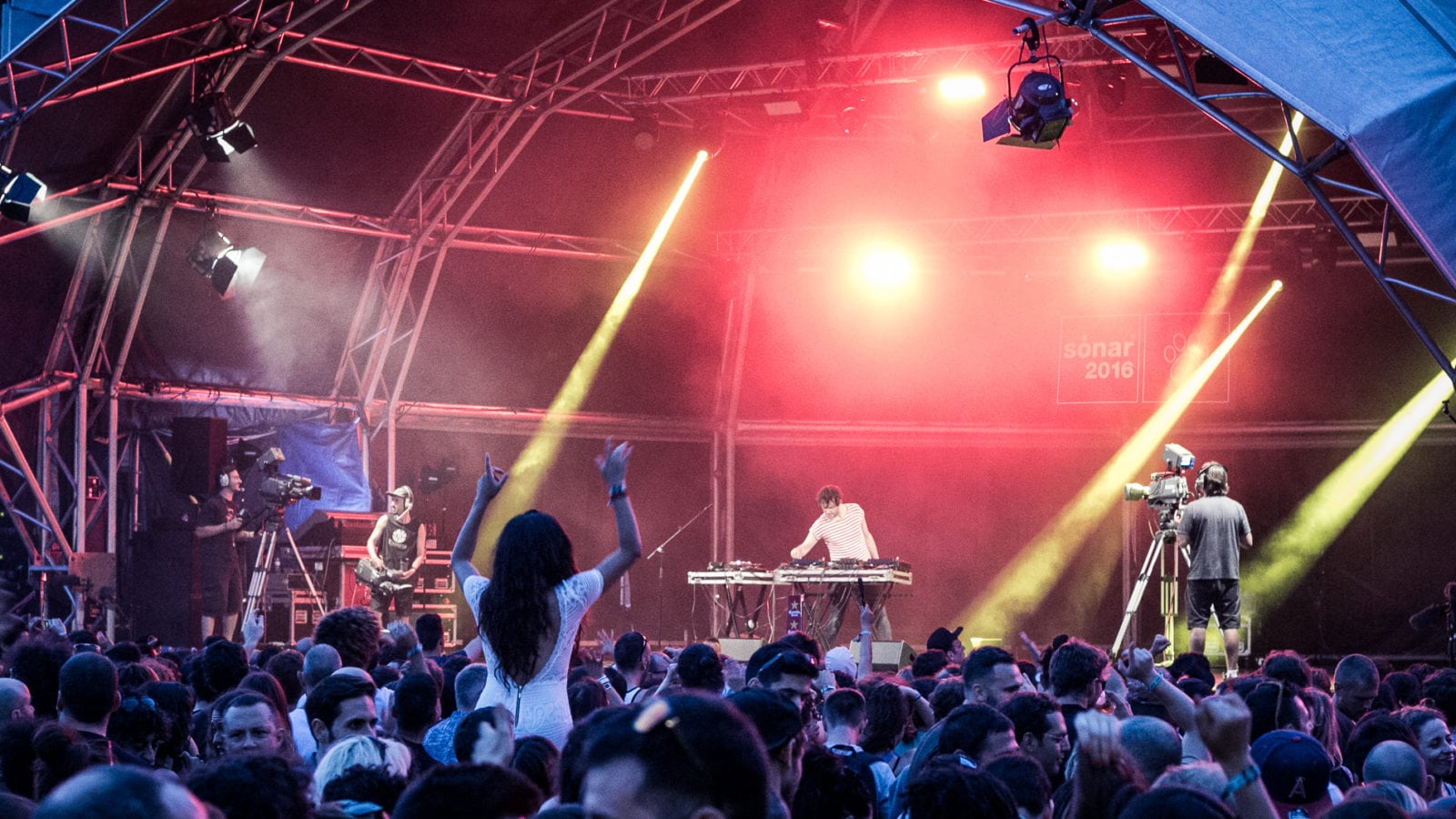 First-timer Henrik (far right) and his friends didn’t even know there was a festival happening in Barcelona. “We just finished a long trek in the mountains and are celebrating!” 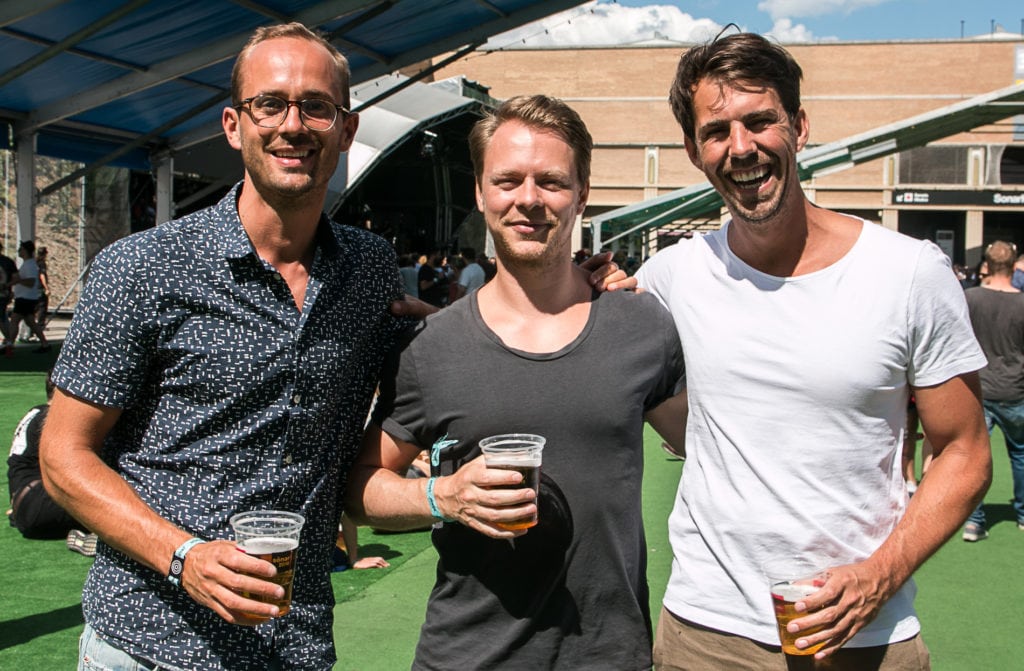 The Sun is Shining

I love the crowds at EDM festivals — especially outdoors and under the bright Spanish sun. Everybody is all happy and shiny. 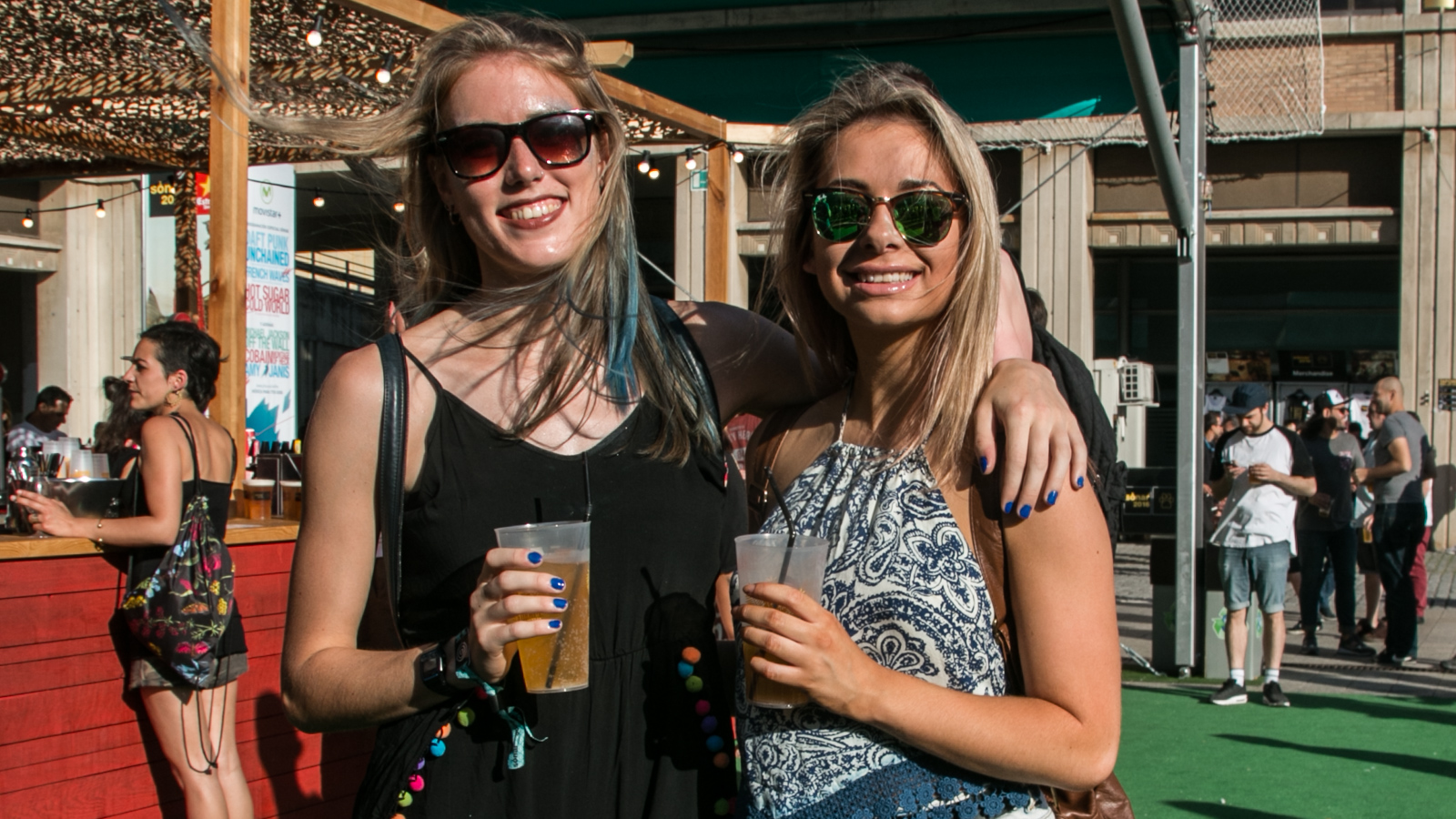 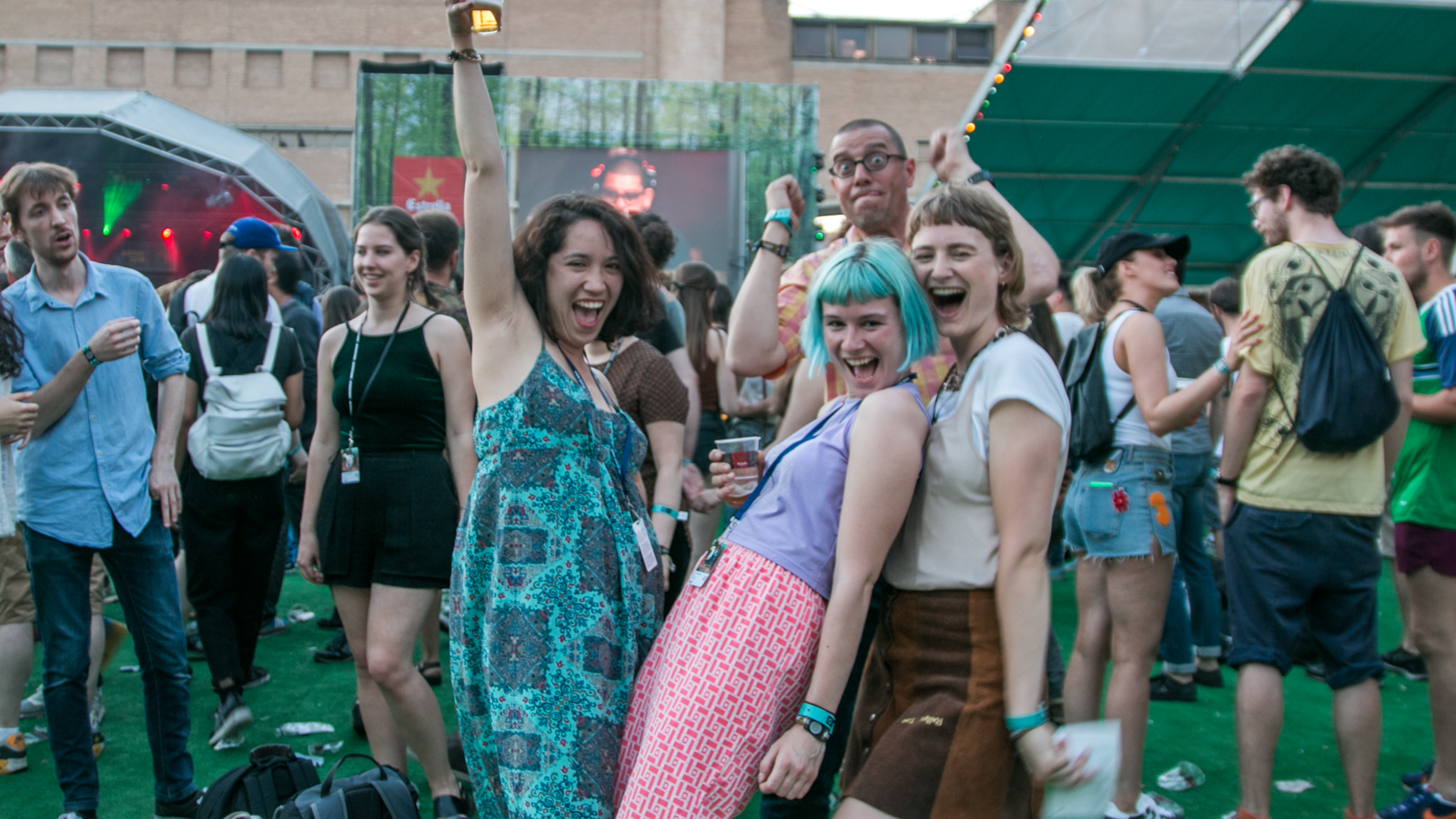 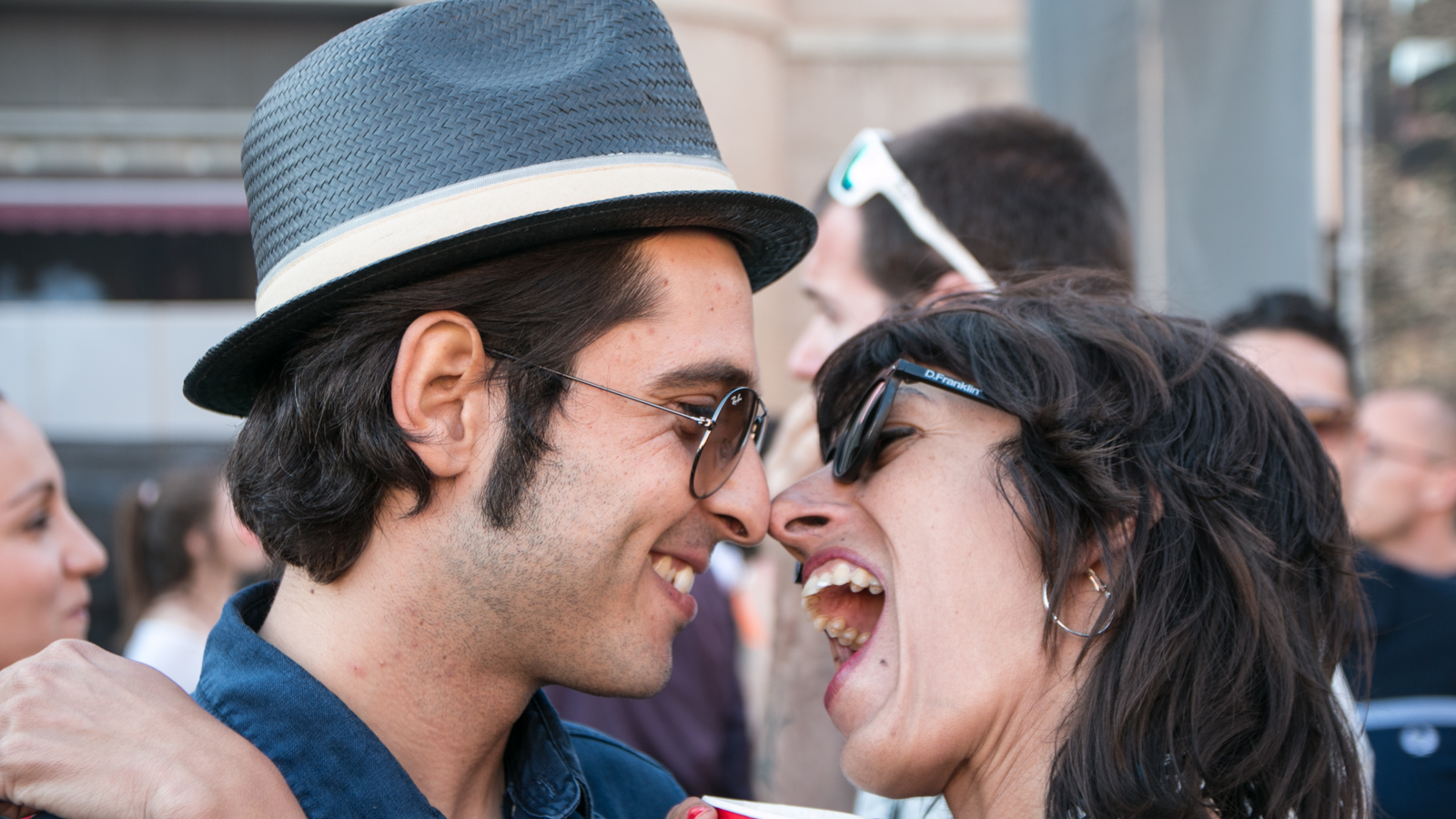 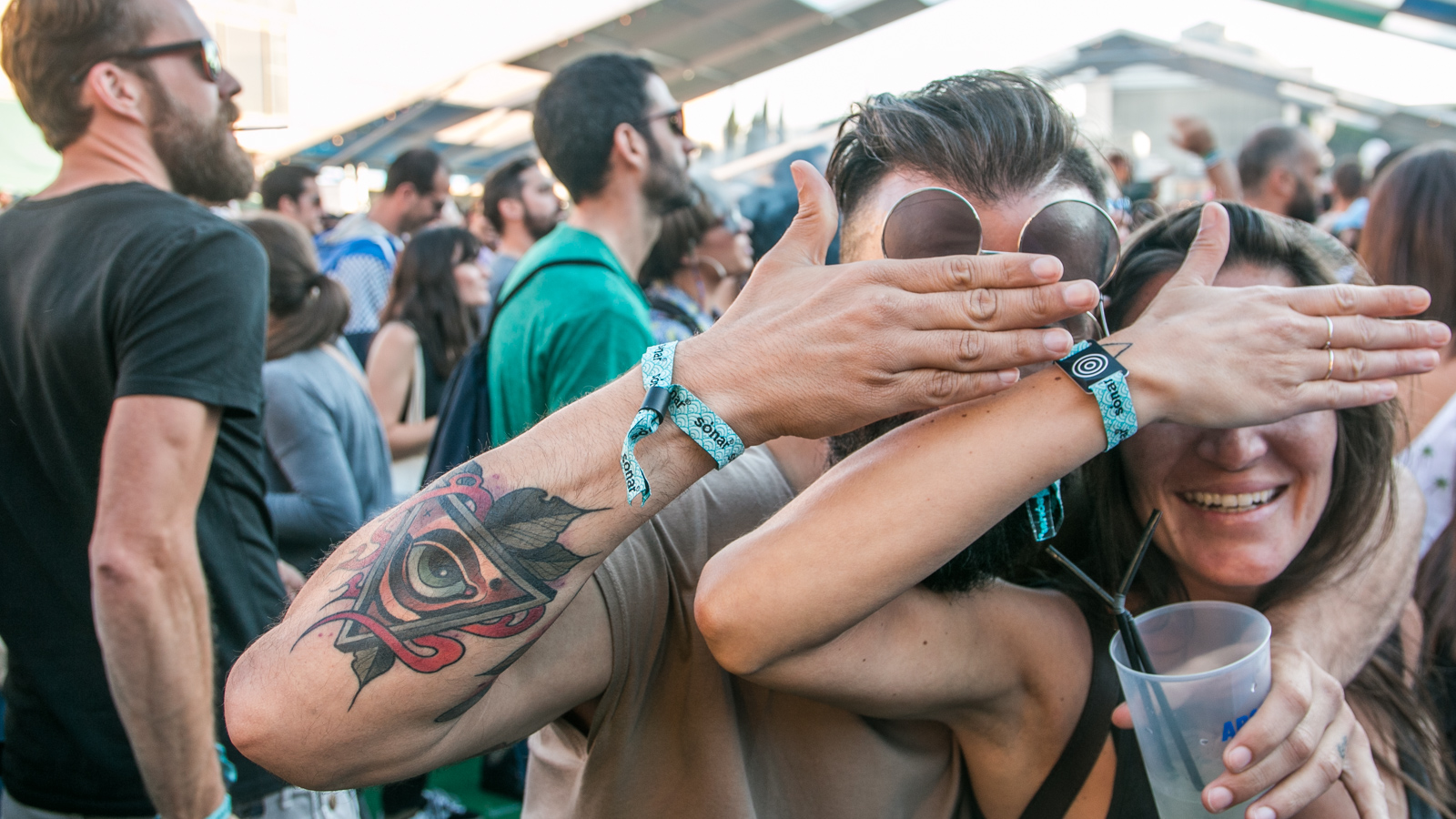 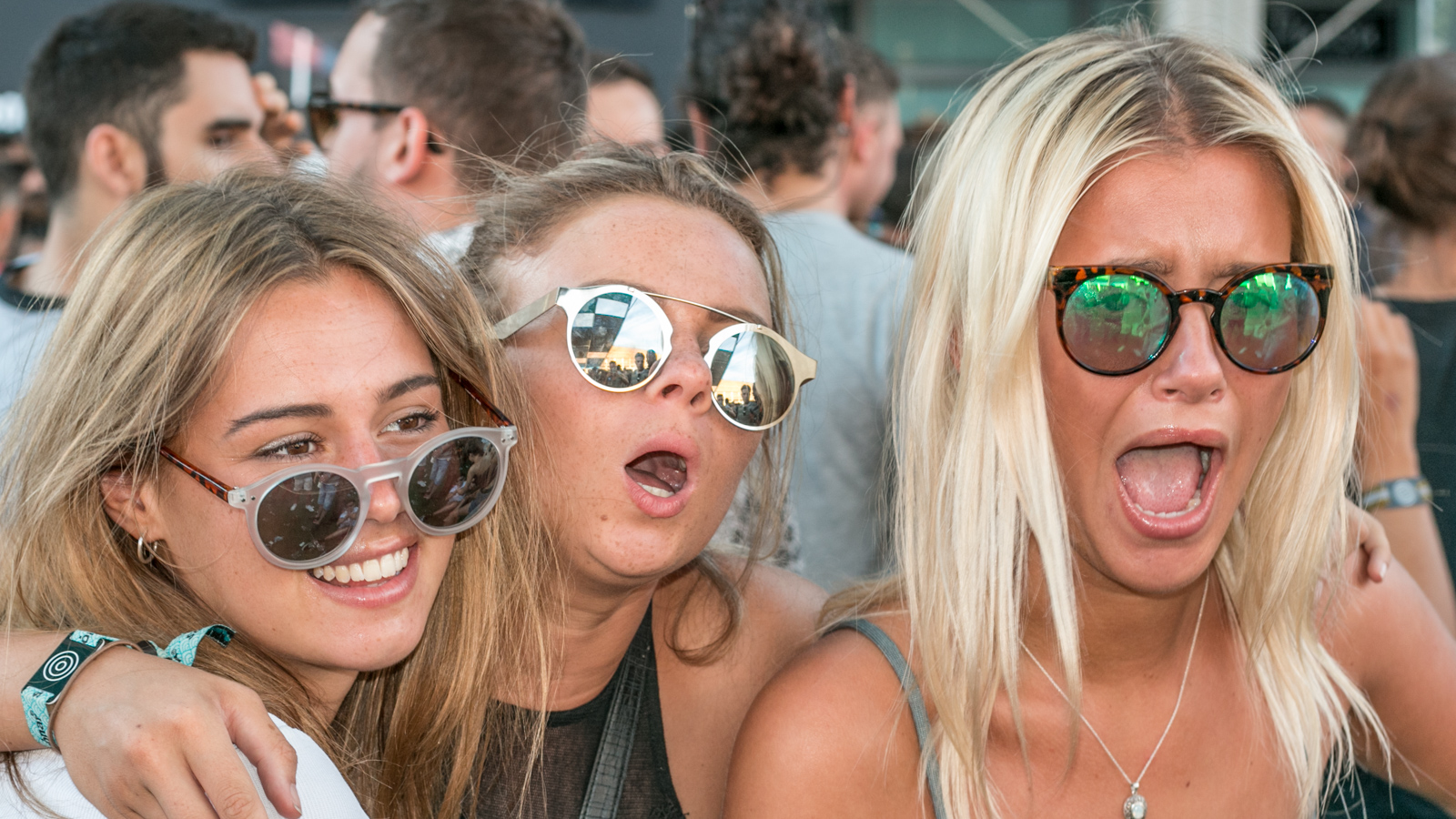 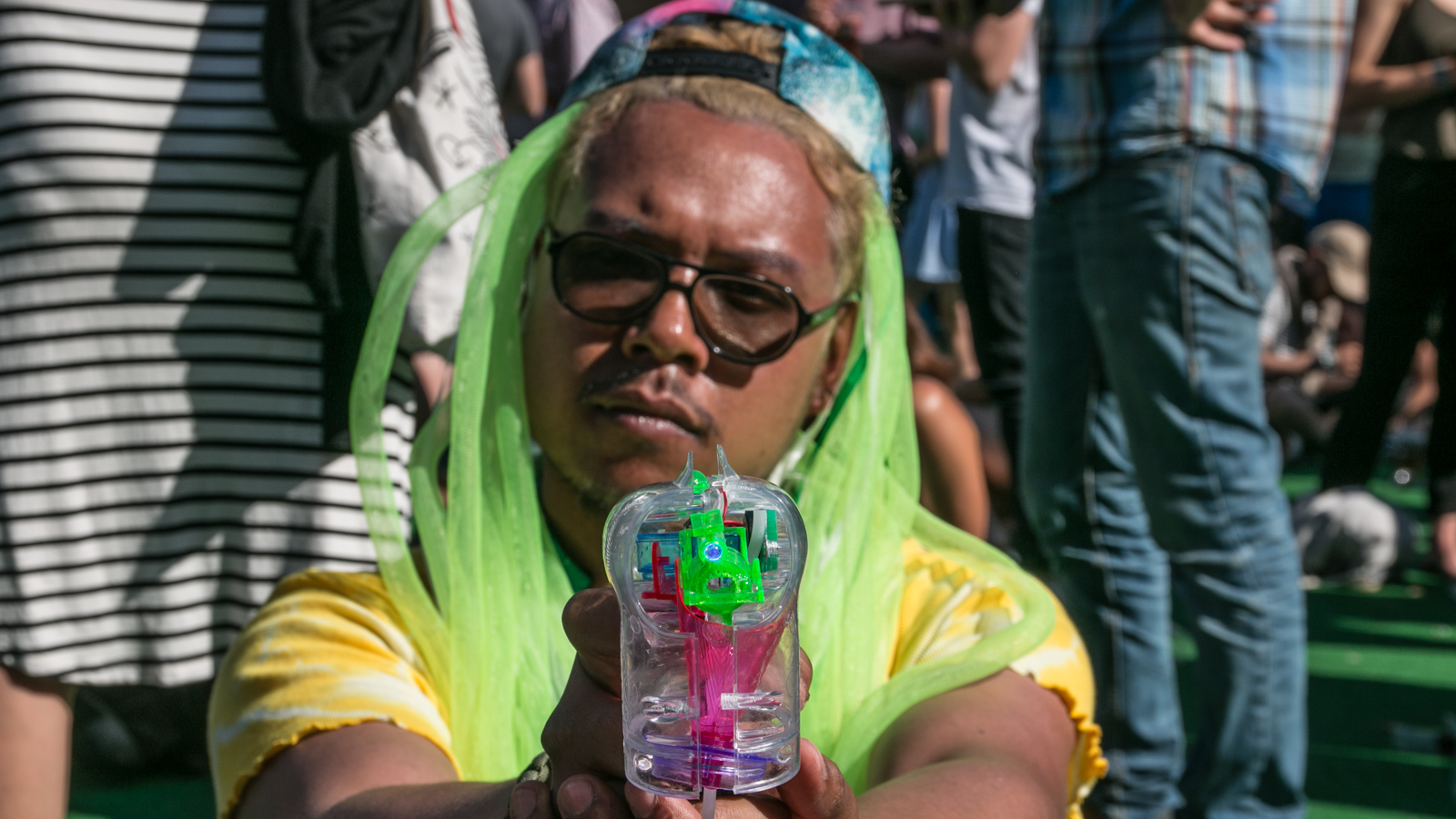 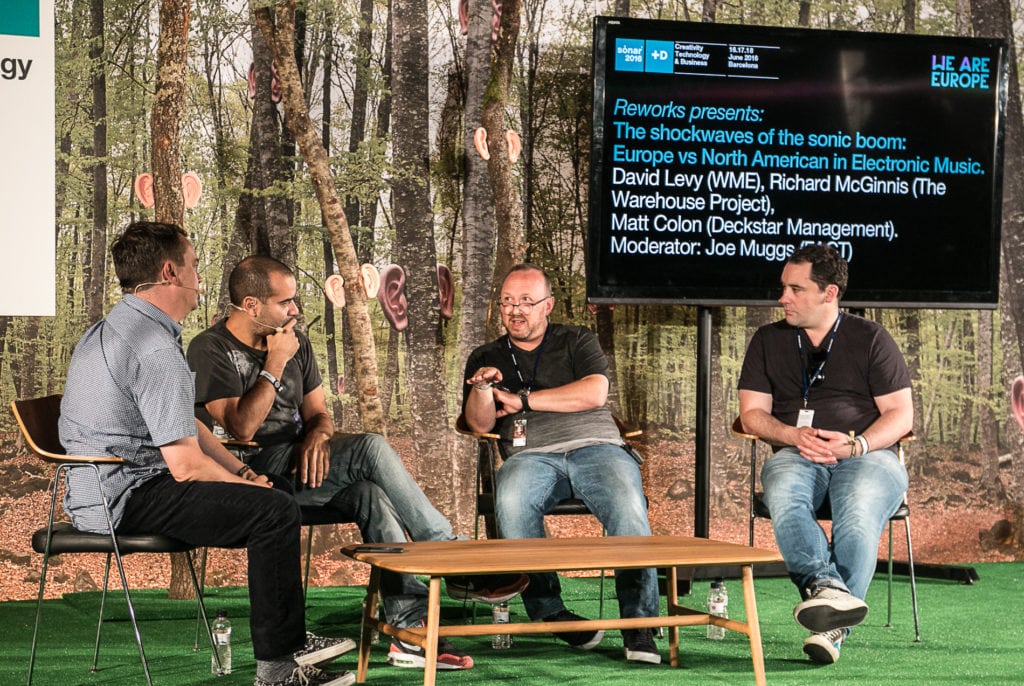 I love when people grab me to take a picture and talk for a few minutes. Marajon (center) is stoked to see some of the unofficial Off Sonar parties. The popularity of Sonar has led to loads of clubs, outdoor events, and secret parties not affiliated with the festival. 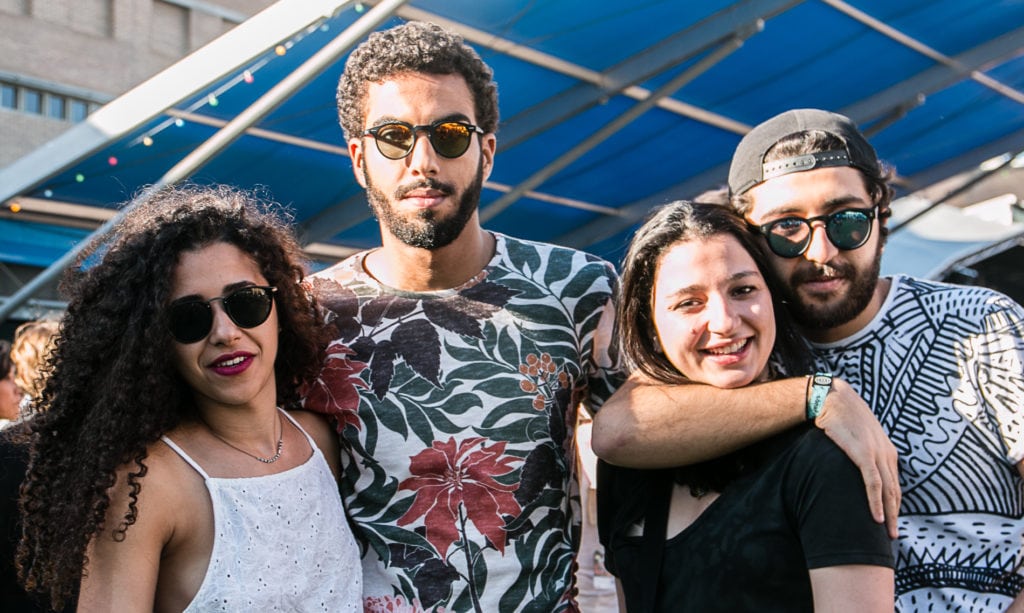 I stopped Stephanie (right) for a picture because I dug her t-shirt slogan that read “Festival State of Mind”.  She’s been to Sonar multiple times and keeps coming back “because it’s so well organized.” 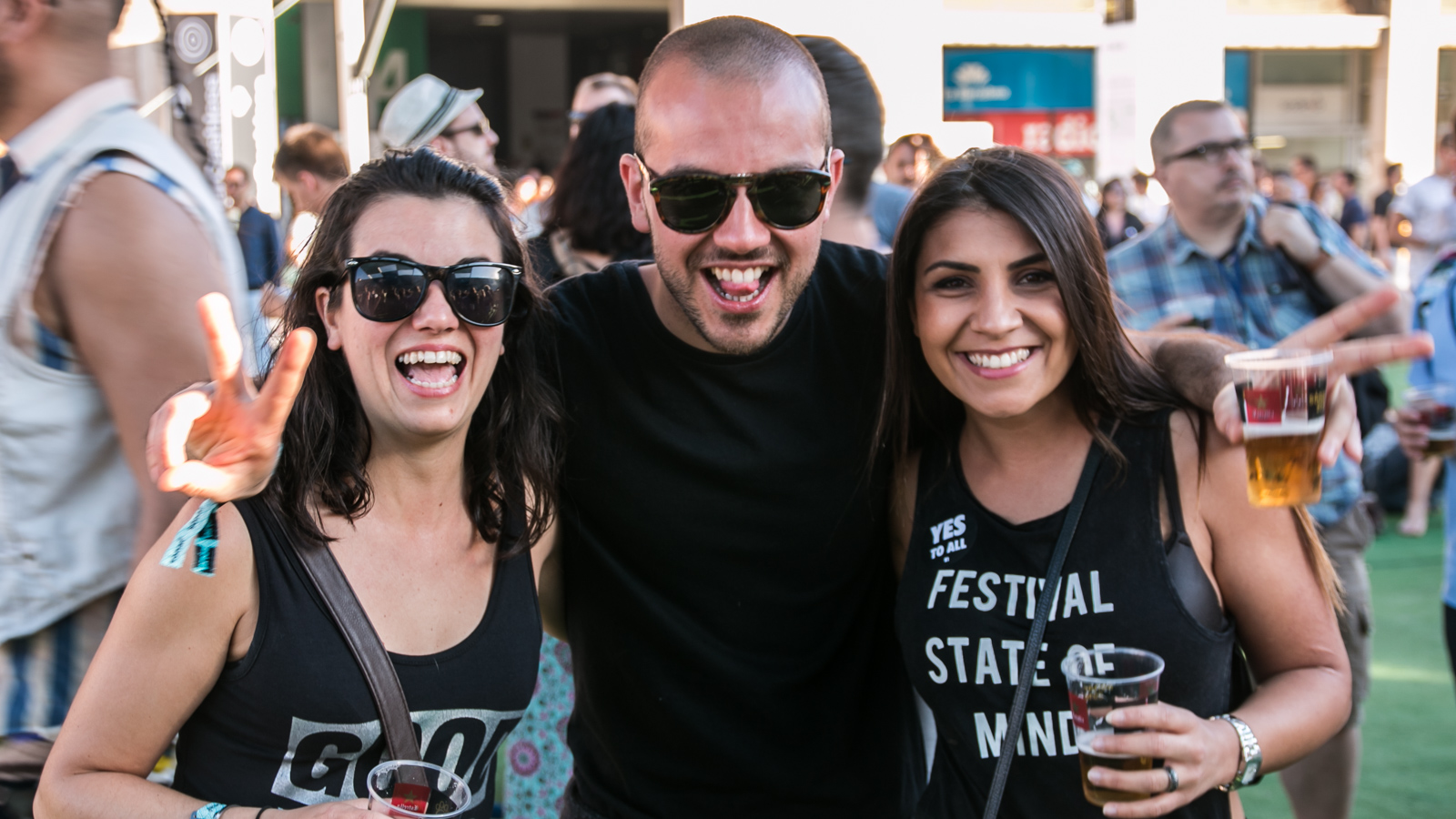 It’s not all about hanging out with festies here at Music Festival Wizard. I do have to work, which is why I made time each evening to attend the Sonar D+ networking event. Also, I needed to cover the free beer power hour. It’s a conference held at a music festival so you know there’s going to be some fun people like the modular synthesis wizards at GMSN (Glasgow! Make Some Noise) or the Italian team behind clubbing app Xceed. 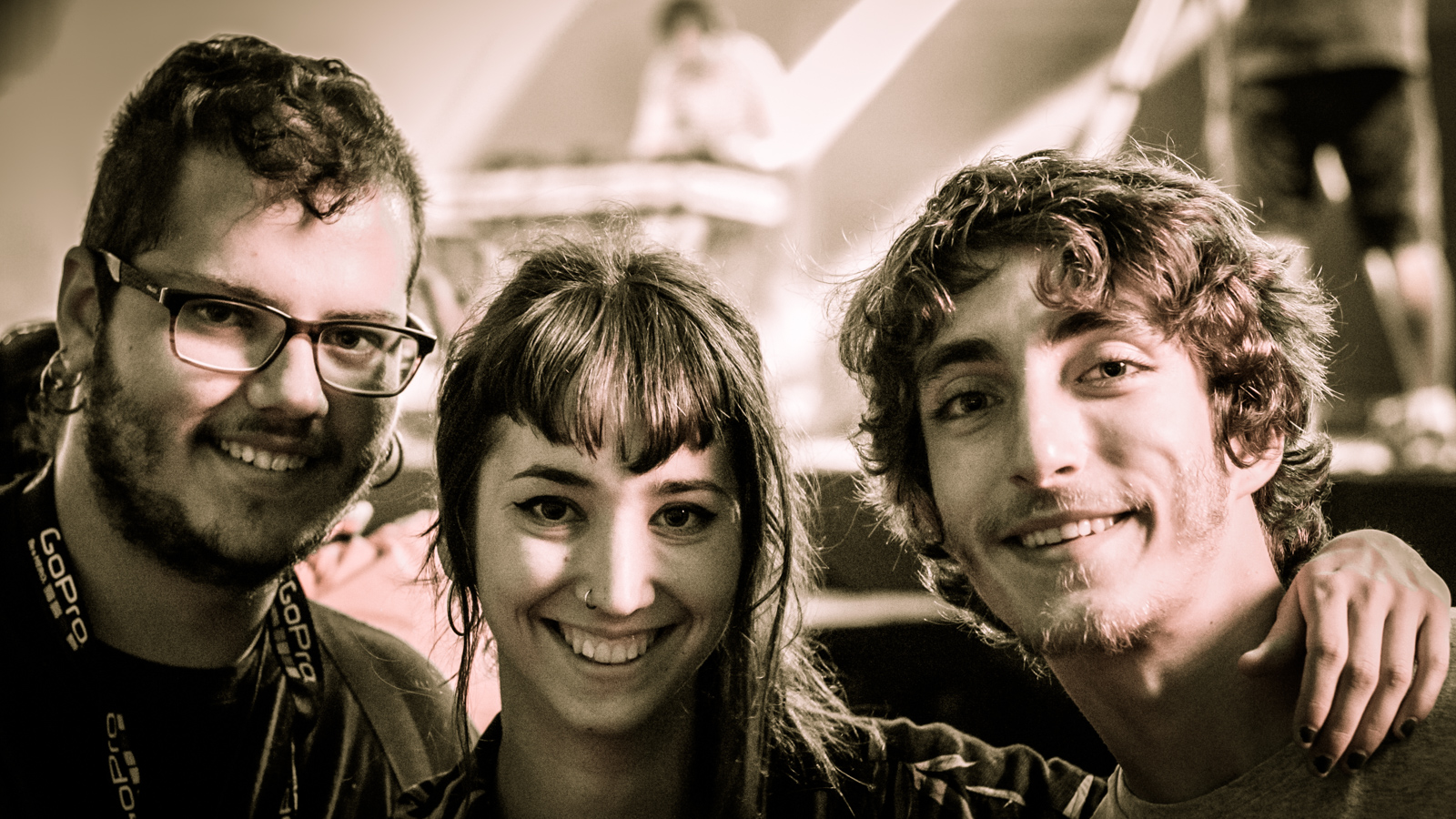 Not many kids at Sonar Barcelona, but this future EDM fan is getting an early start on getting high.

Getting Teched Up @ MarketLab

I understand little to none of how electronic music is made, but I still had fun cruising around the showroom floor if only for the flashing lights. 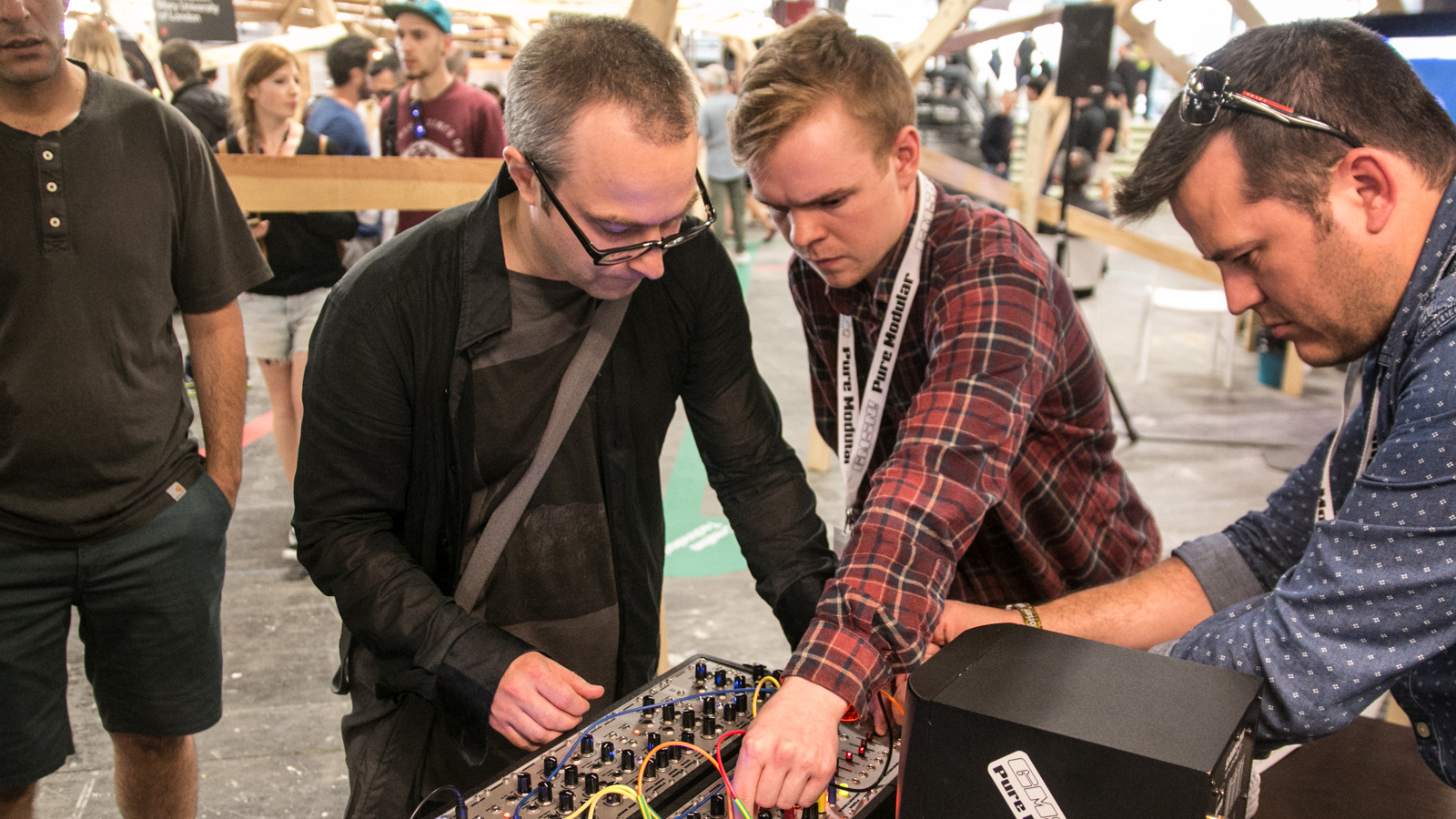 The action on Friday shifted to the epic throwdown that is Sonar By Night. Running from 9:30pm to well past sunrise, I was stunned at the size of the exposition center where this is held. Featuring both indoor and outdoor stages, this venue becomes was absolutely packed at two in the morning. 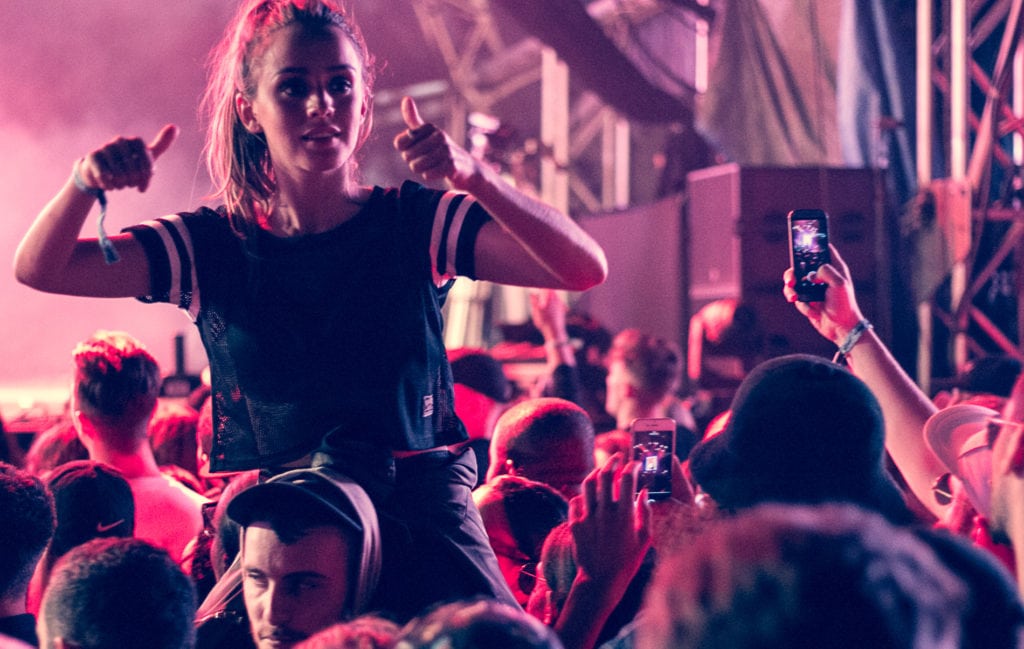 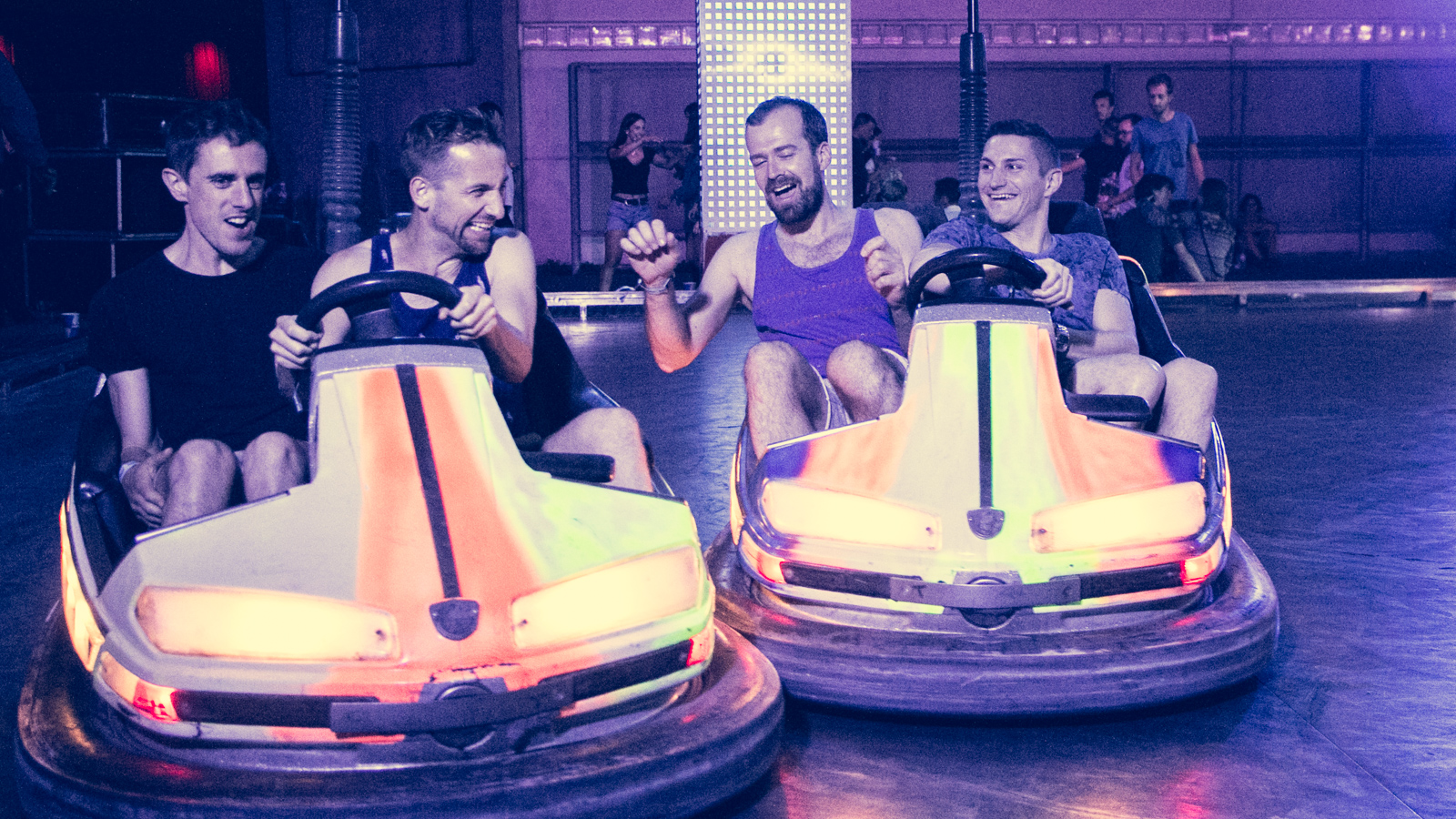 Following a darkened hallway, I emerge into this massive art installation. It’s quiet and cool in here, the only noise are the sounds of the earth moving and the slowly changing lights.

“I came from South America just for this festival and this year brought my two friends with me.” This was a common thread for Sonar. Because it’s so much fun, veterans bring newbies along with them the following year like Alejandra’s (right) crew. This is how you grow a festival into an institution. 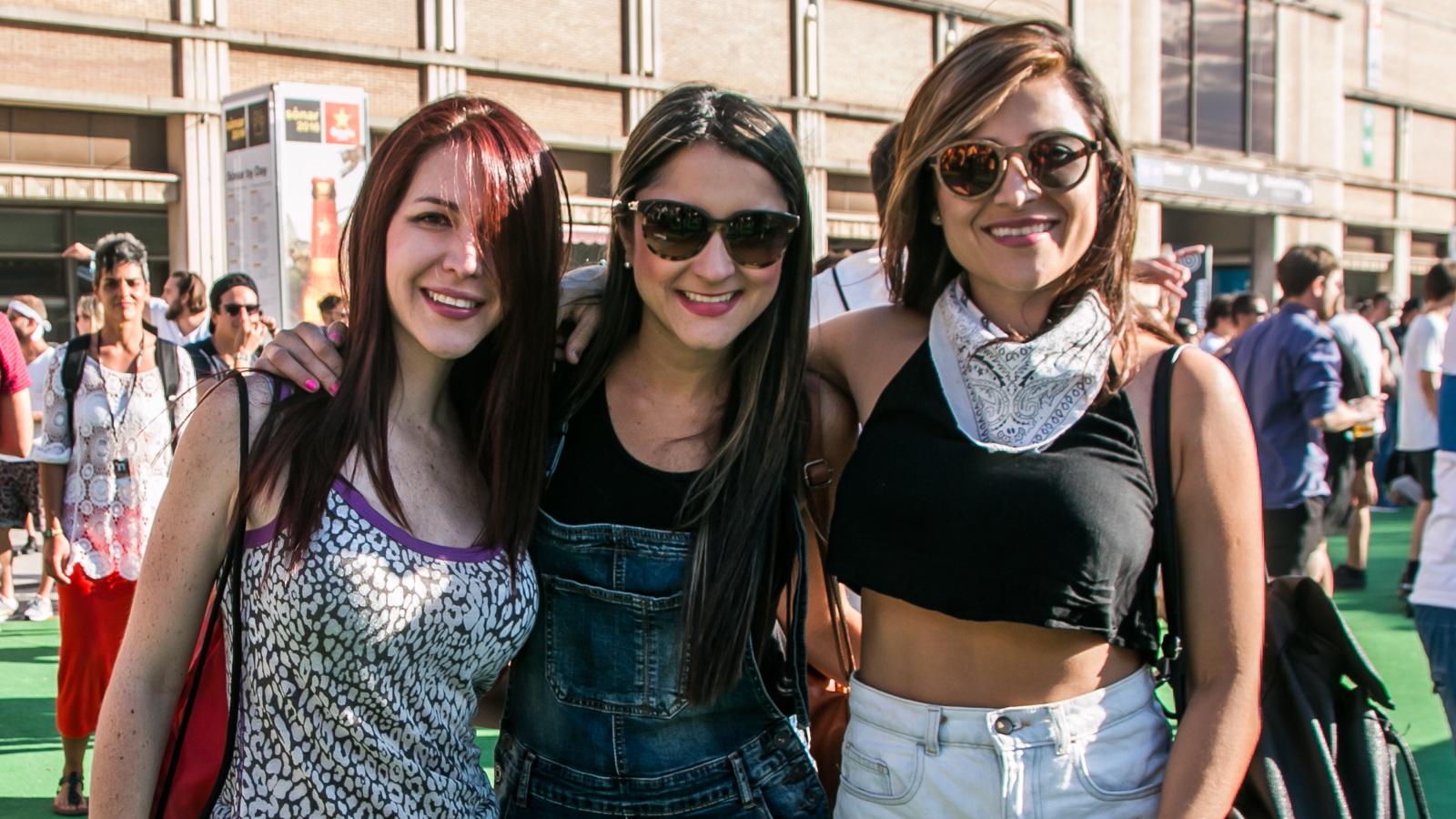 The Future Has Arrived

Straight out of a Philip Dick novel, virtual reality is making a comeback and Sonar boasted demonstration area to see what’s coming down the pipeline with VR. It’s still not a flaying car, but I took a nice underwater dive with a bunch of whales. Super, super trippy. 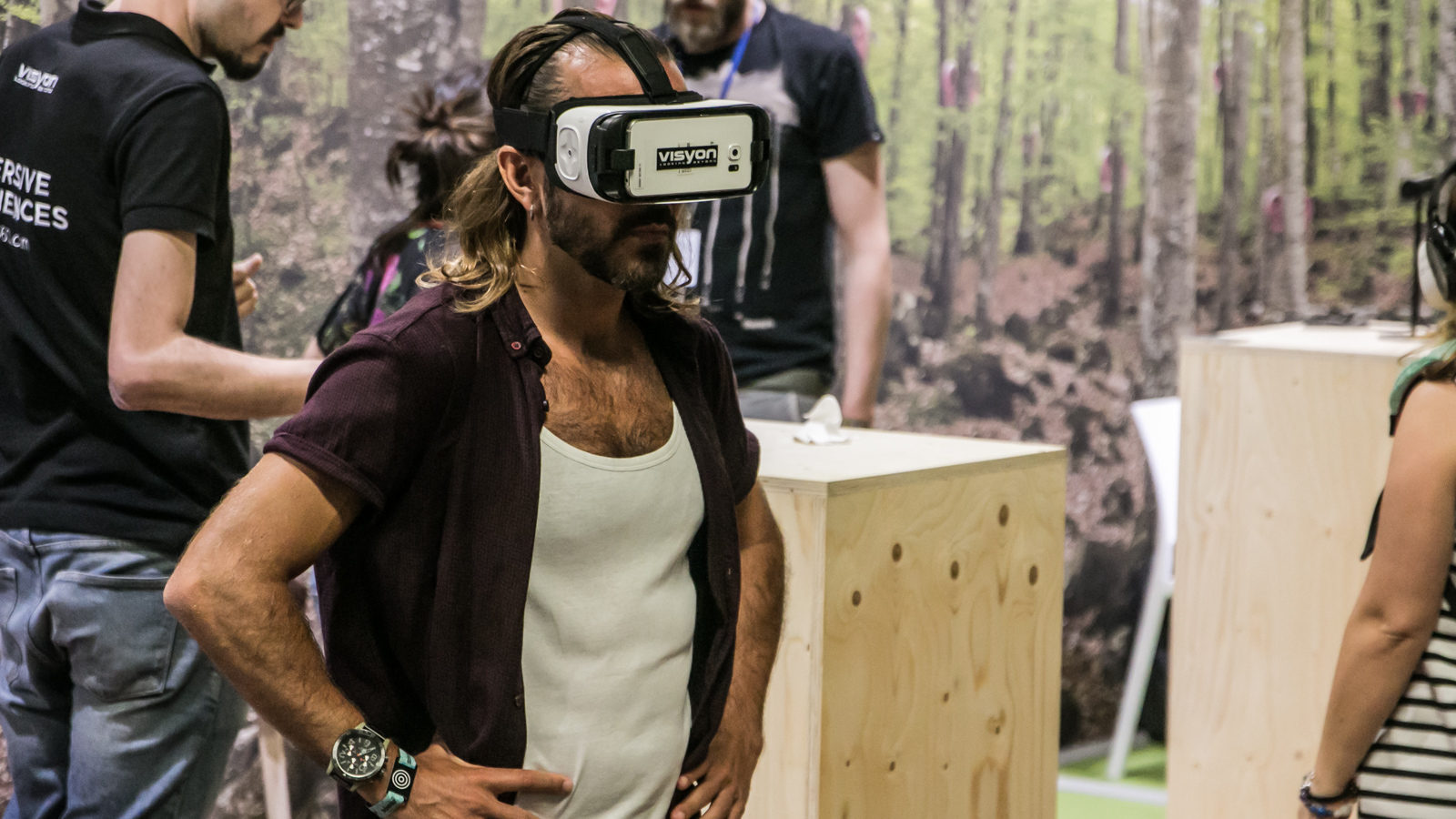 Meet a Festival Fan: Chloe And the Boys from Manchester

met this group participating in some harm reduction techniques — spraying themselves down with sunscreen. When I asked why they picked Sonar: “Sonar. Son. Sun.” 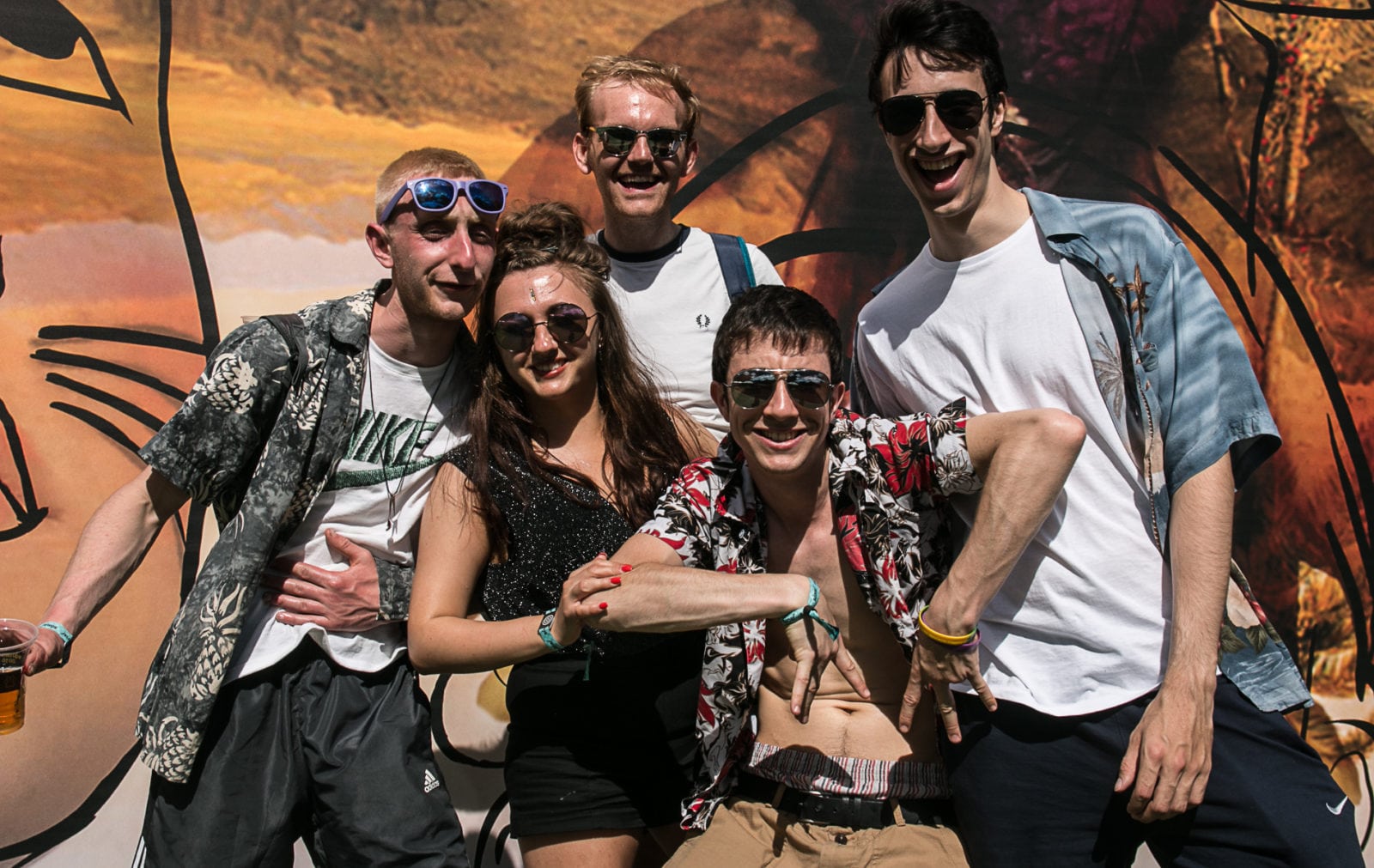 Fatboy Slim Closing Out the Festival

My final shot from the festival. It’s good to see Fatboy Slim again. 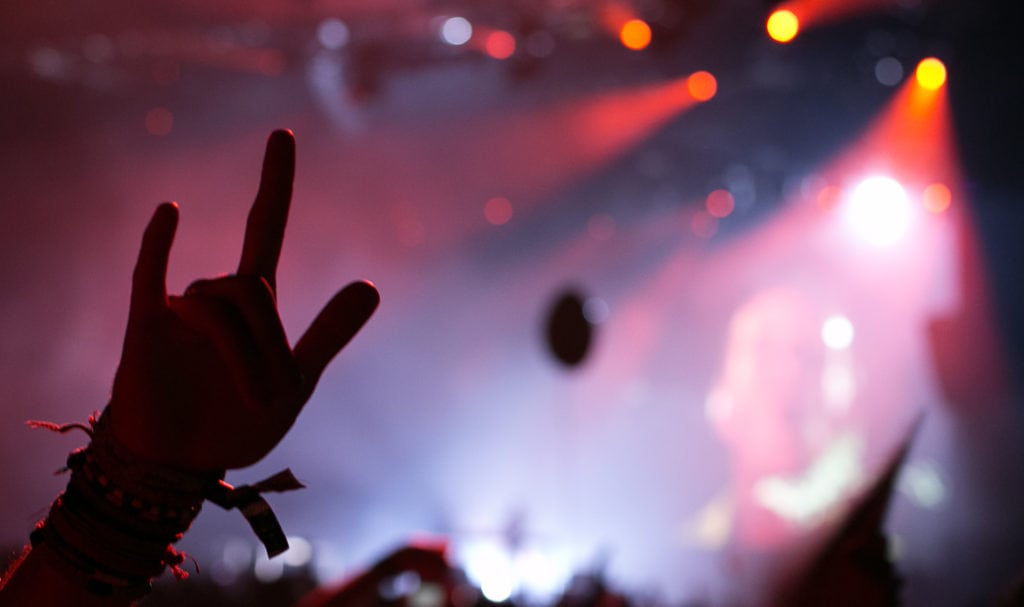