How To Get There: Flying to Festivals With Canada’s WestJet Airlines

Over the years, Music Festival Wizard has gone from covering local shows to national festivals, and in the last few years have moved into the international market. And it’s not just MFW that’s going worldwide —  popular festivals like Ultra, Lollapalooza, and Electric Daisy Carnival have developed new editions across the globe. In this column “How to Get There”, we’ll be taking an in-depth look at festival travel. Kicking off the series is Canadian airline WestJet, which I used to jet over to Europe and a summer full of festivals.

Baggage for Festival Backpackers
I don’t check bags for a variety of reasons, which means I carry everything I need for 100 Nights of Summer with me onto the plane. WestJet had roomy baggage requirements with no issues on all four legs of my flight. It was one of the easiest carry-on experiences I had all year. The photo below is more or less what I roll with to festivals. 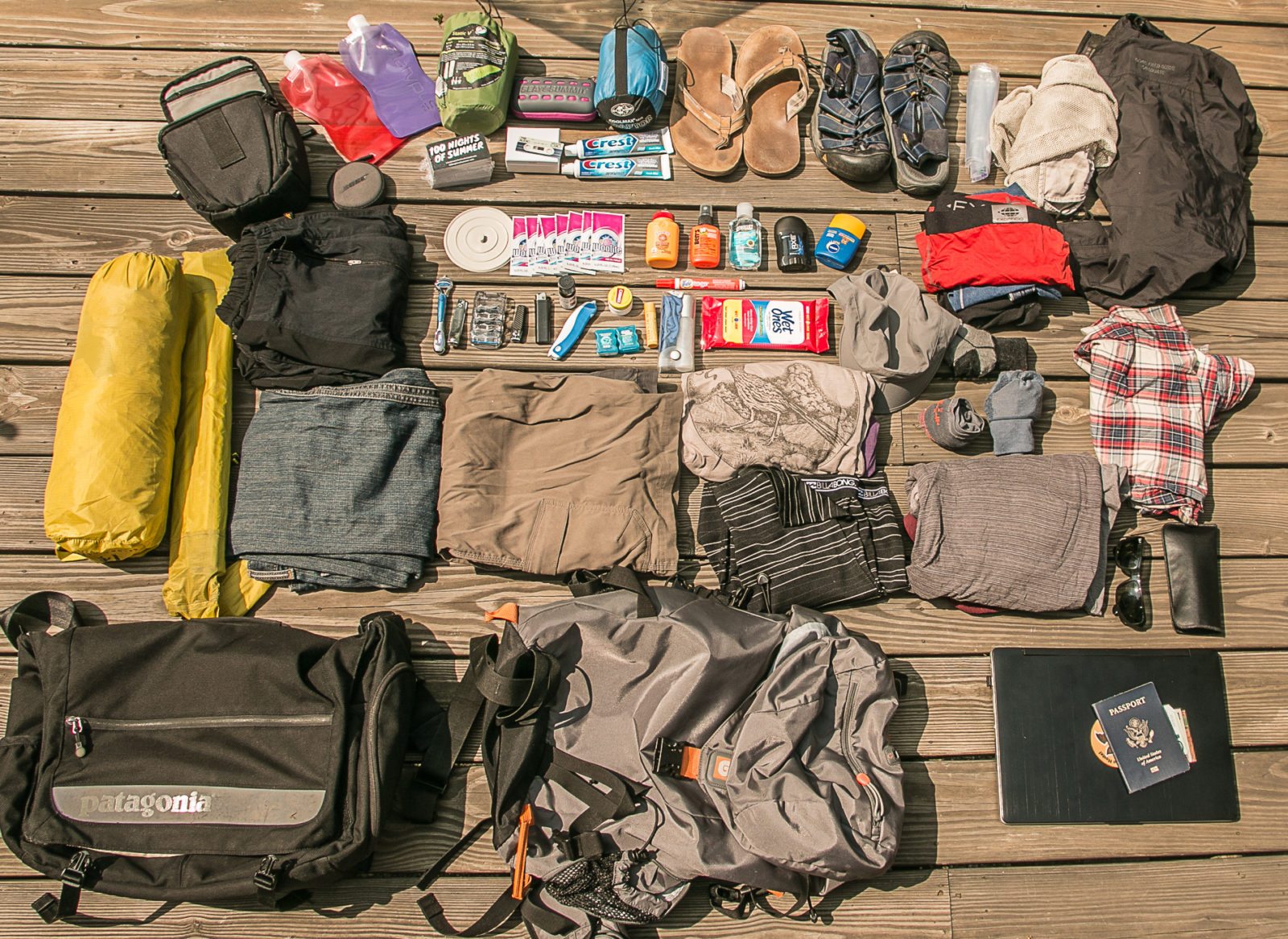 I kicked off the 100 Nights of Summer Tour by flying out of Boston to London via Toronto in May and back again on the same route in November. A few of my thoughts on the experience follow:

Canadians Really Are Polite
On every leg of my journey from the check-in desk to the boarding to the actual flight, the staff were just extraordinarily pleasant and helpful. Long travel can be a miserable experience. The WestJet employees are not. This was by far my favorite part of the trip.

Flying Plus
I don’t sleep on airplanes. Ever. It’s usually just too uncomfortable. And yet I slept like a baby from England to Toronto after a Prosecco, a filling lunch, and an oversized seat. This all comes with the WestJet Plus fare, which boasts a variety of amenities to make flying easier. If you want to upgrade your trip, I recommend picking this up. For one thing, it’s the first time I’ve ever arrived in Europe feeling refreshed and ready to hit some festivals.

London-Gatwick Airport Tips
You’ll want to add in extra time for flying out of Gatwick – the airport is about 60 minutes ($15 USD) from London. There are two terminals at Gatwick and WestJet flies from the North Terminal. If you’re exhausted from three months of festivalling and get off your bus early in a pre-morning daze, it takes about 15 minutes to get to the other terminal. This is a spacious and modern airport and I had no problem killing a few hours here, especially when I was told my boarding pass got me into the lounge.

Toronto-Pearson Airport Tips
If you’ve got time to spare or just need to shower, there’s a gym in Terminal 1 (landside) that’s open until 10pm every night ($20 CAD). If it’s closed you can also use the Sheraton showers and workout facilities for the same price over by Terminal 3. I didn’t get a chance to check it out, but if you’re at Pearson, you can pick up a round-trip train ticket to the city center for a discounted price called the the long-layover tickete.

Final Thoughts on The Flight

Solid airline experience that travels between more than a few major festival hubs, WestJet really stood out for their exceptional customer service. They are adding more direct flights out of Canada over the winter along with some attractive prices. Check out the latest deals on the official website.

Here’s a sampler of festivals in locations that WestJet serves. All of these are easily located in or near the city centers of London, Montreal, Paris, and Toronto, so get out there and festival the world.

All Points is a brand new 10-day event that takes place in East London’s Victoria Park. It all kicks off with an epic 3-day music festival with a jaw-dropping lineup, plenty of community focused midweek entertainment, and a second full weekend of APE Presents headline shows.

Canada’s answer to Austin’s SXSW follows a similar recipe – take hundreds of artists, mix with a huge industry conference, add comedy, art, and film to produce an epic sized showcase festival. Make sure to hit the free shows at Yonge-Dundas Square which have featured performances by St. Vincent, Sleigh Bells, The National, DEVO, and The Flaming Lips.

Osheaga started as a vision to bring a giant European style festival to Canada. It’s safe to say they’ve succeeded. Osheaga consistently brings a world-class lineup to the shores of Ile Sainte-Helene during the height of summer. It’s become so popular that organizers have added a second weekend of just metal (Heavy Montreal) and a third weekend of EDM (IleSoniq).

We Love Green makes it clear from its name that this festival is committed to the environment. Held in a beautiful park located in the heart of Paris, the two-day festival welcomes a curated lineup of indie rock gold. The Think Thank, located at the center of the festival, strives to promote environmental innovation and encourage the exchange of ideas with scientists, activists, and artists.

In the packed London festival scene, Field Day continues to stand apart from the crowd each summer in Victoria Park. The outdoor festival has sold out every year since its inception in 2007 — no wonder since Field Day’s alumni include Pixies, Metronomy, Animal Collective, Disclosure, Patti Smith, FKA Twigs, Savages, Of Montreal, and Run the Jewels. This bounty of indie rock also boasts the infamous Village Mentality which features a wry mix of team games, DIY side stalls, and competitive eating!

Like its more mainstream counterpart Osheaga, Heavy Montreal channels the vibe of the best open air European festivals but in metal form. Maybe it’s the sunshine, maybe it’s Canadians, but the crowd has to be one of the friendliest crowds we’ve ever partied with. Simply one of the best destinations in North America for fans of rock, punk, and metal.

Since its inception in 1991, Lollapalooza has continued to grow from its U.S. based festival circuit to additional cities in countries across the globe. In 2016, Lollapalooza was introduced to Paris and continues to host a myriad of different international and local acts spanning all genres.