I Hiked: The Great Malaga Path to Ronda (Malaga, Spain)

From the tranquil swimming hole of Cueva del Gato and the rugged mountains surrounding the village of Benaoján to the jaw-dropping views of Ronda, the 24th stage of the Great Malaga Path is a welcoming route through the varied landscapes of Malaga. 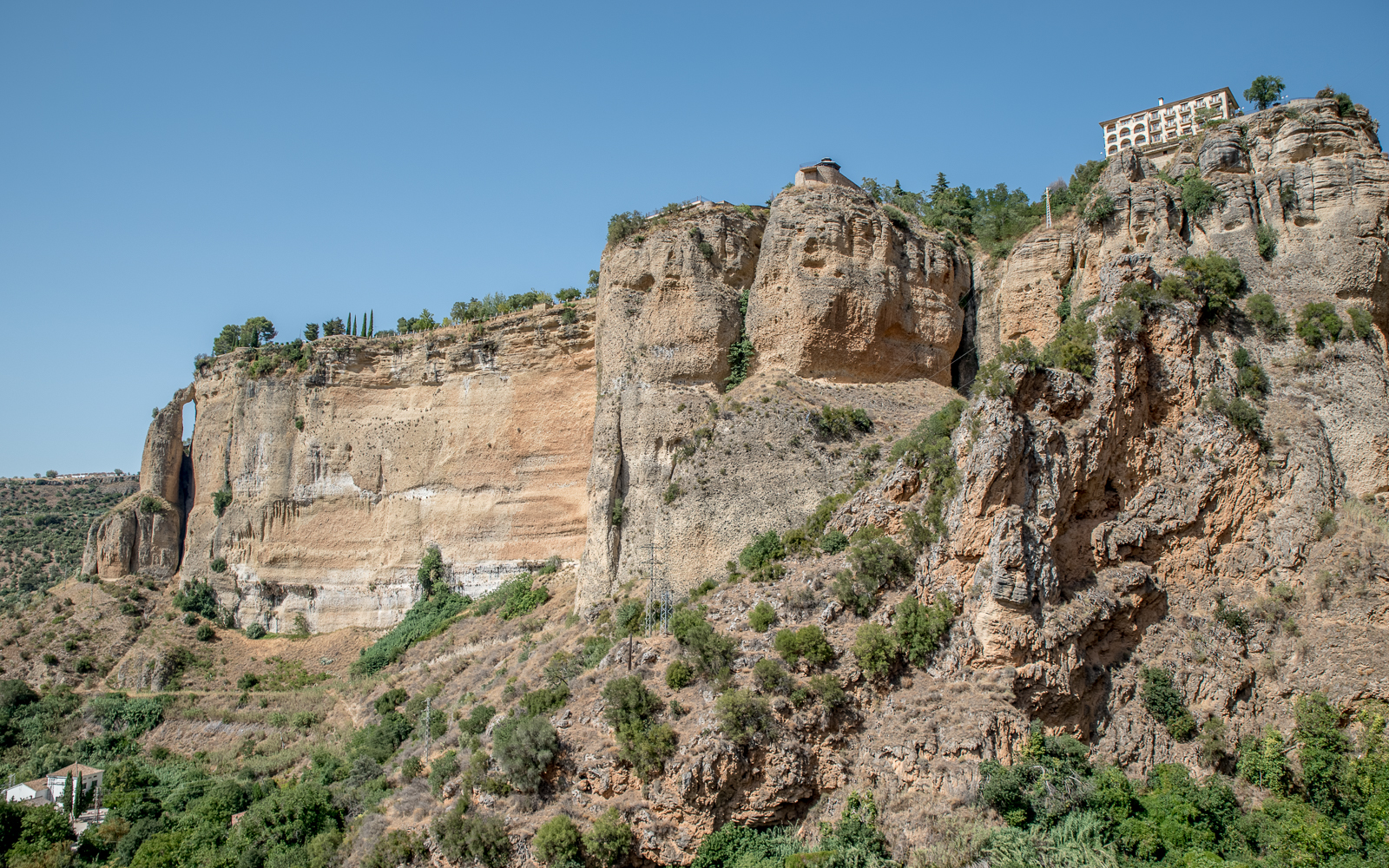 The Trailhead
This stage of the Great Malaga Path can be done in either direction. I would recommend starting from Ronda and ending the hike with a swim at Cueva del Gato in Benaoján. But if you’re like me and dependent on the train (more on that below), you’ll start at the Benaoján train station. 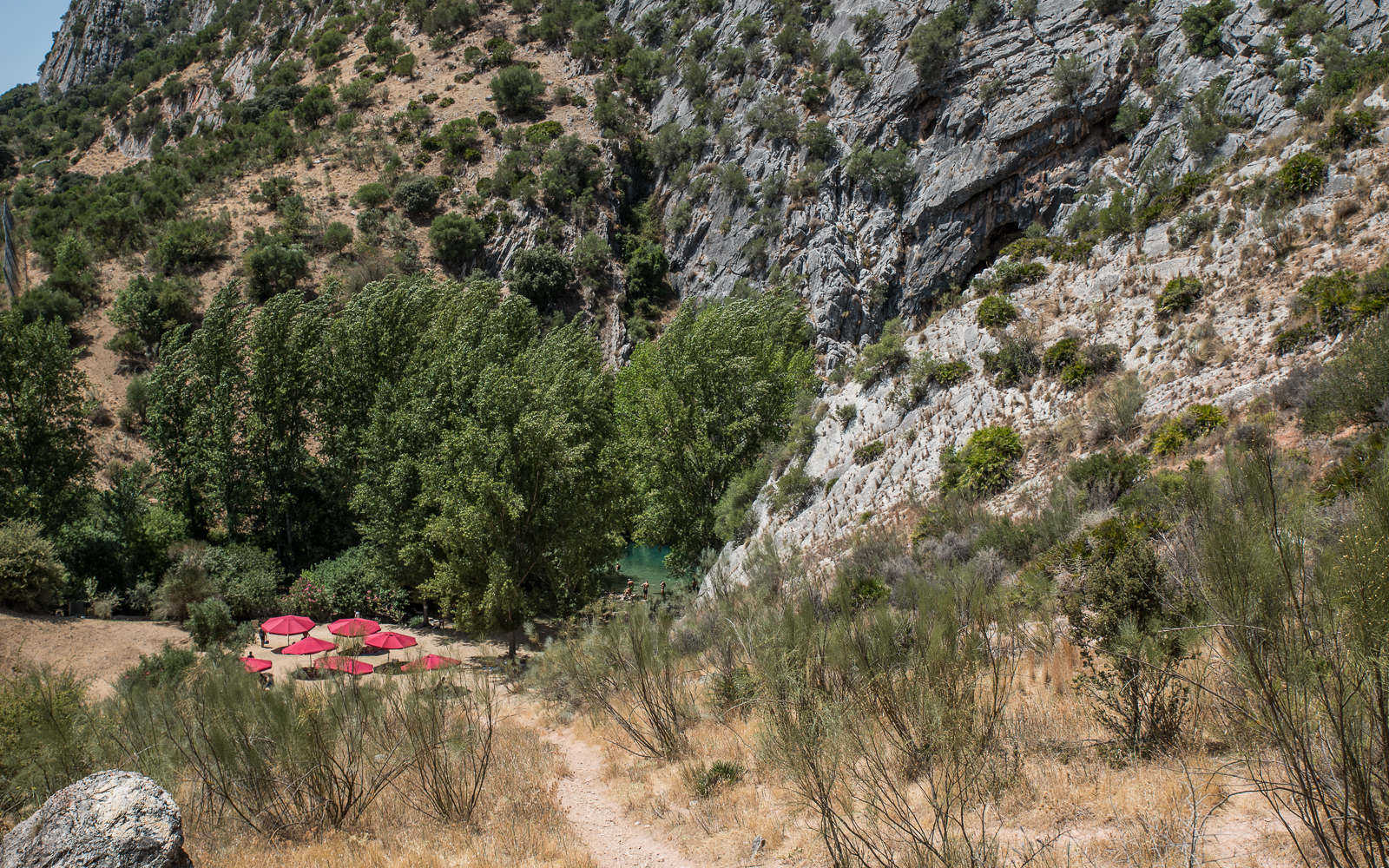 Stage 1: Cueva del Gato
The Cave of Cats is a highlight of the trip, a serene pool of ice-cold water that’s very refreshing in the hot Spanish summer. The water is clean and clear and just one of the best swimming holes I’ve been to in Spain. It’s also easily accessible, which means that it can get crowded. I estimated that about a hundred other people were here on a Friday afternoon. 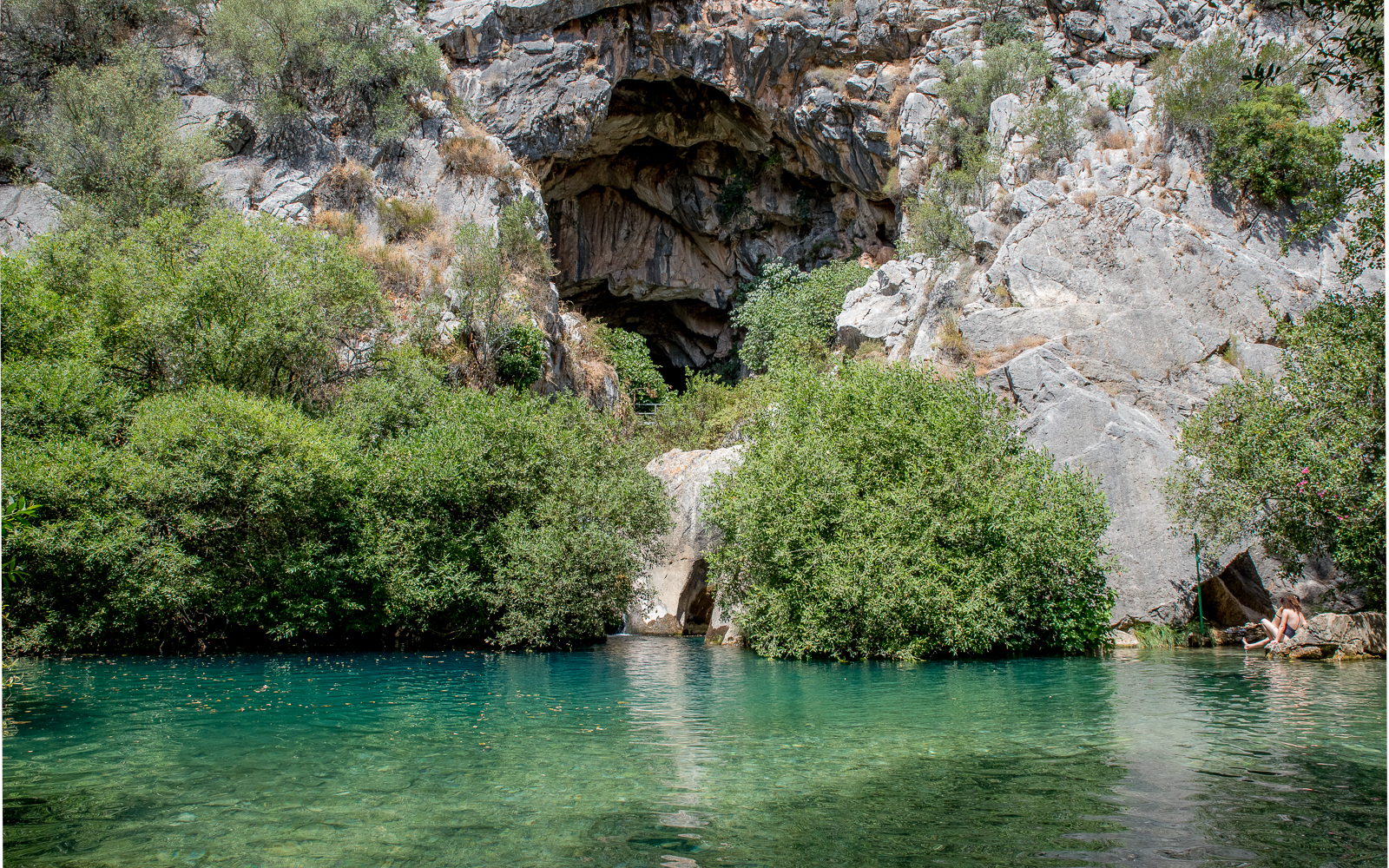 The upper part of the caves are somewhat accessible, but the entry was shut down. My best guess is that the heavier rains earlier in the spring caused some issues, and with COVID-19 locking down the country, there wasn’t enough time to repair the entry.

Stage 2: The Scenic Part
After swimming for way too long, I followed a path that I found on Maps.Me that led straight up the valley wall. Leaving the river, you’re immediately surrounded by the desert environment with cacti, little shade, and amazing views of the valley below. After about 15 minutes of almost continuous elevation gain, I met back up with the GR-249 which leveled. 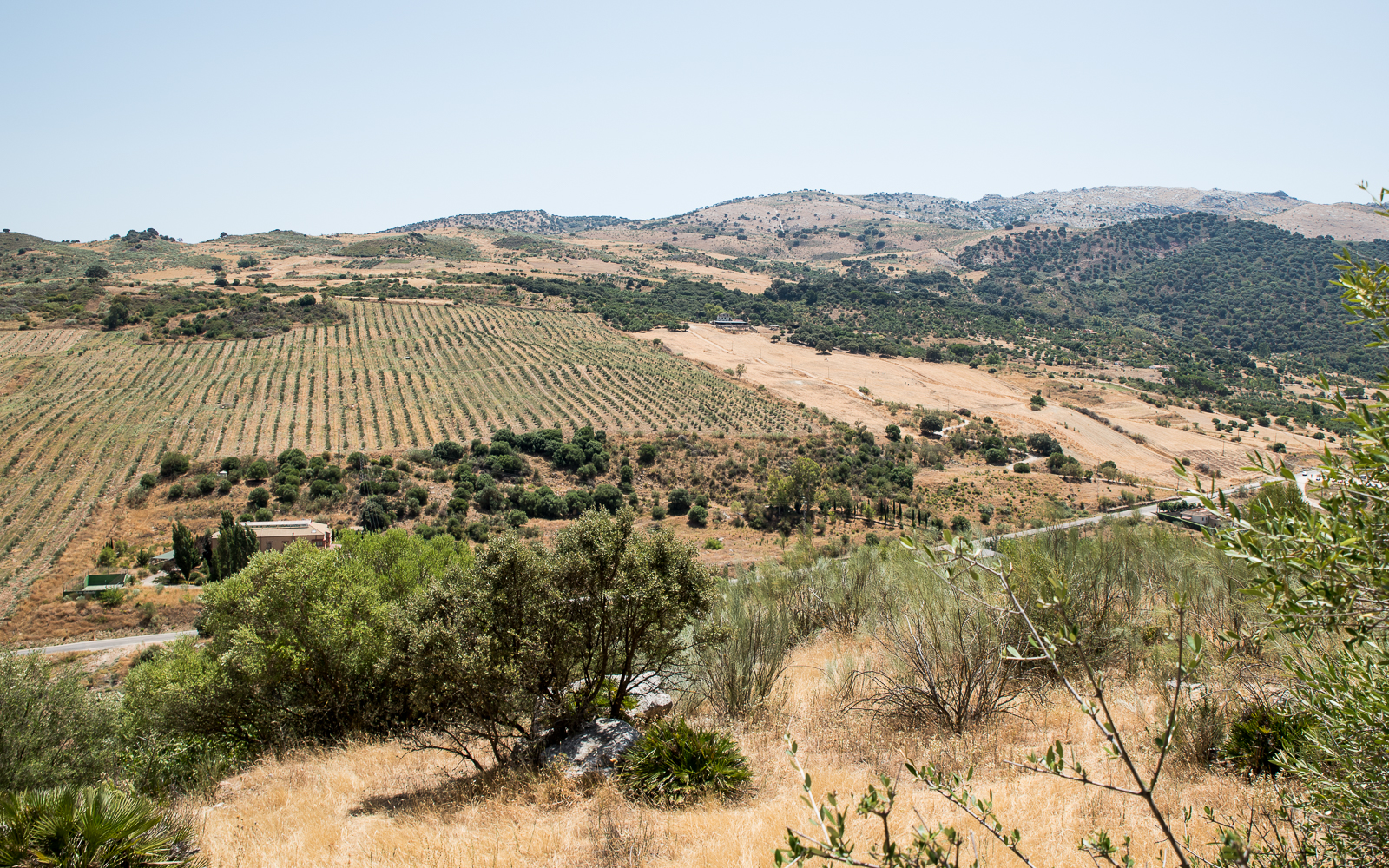 Stage 3: The Non-Scenic Part
The next section quickly brings me back down to the valley floor and for the next ninety minutes, it’s a very uninteresting walk next to the train tracks. I’m not even sure if I took any photos. Well, except for these friendly horses. Then it’s back up again along a well-maintained road. 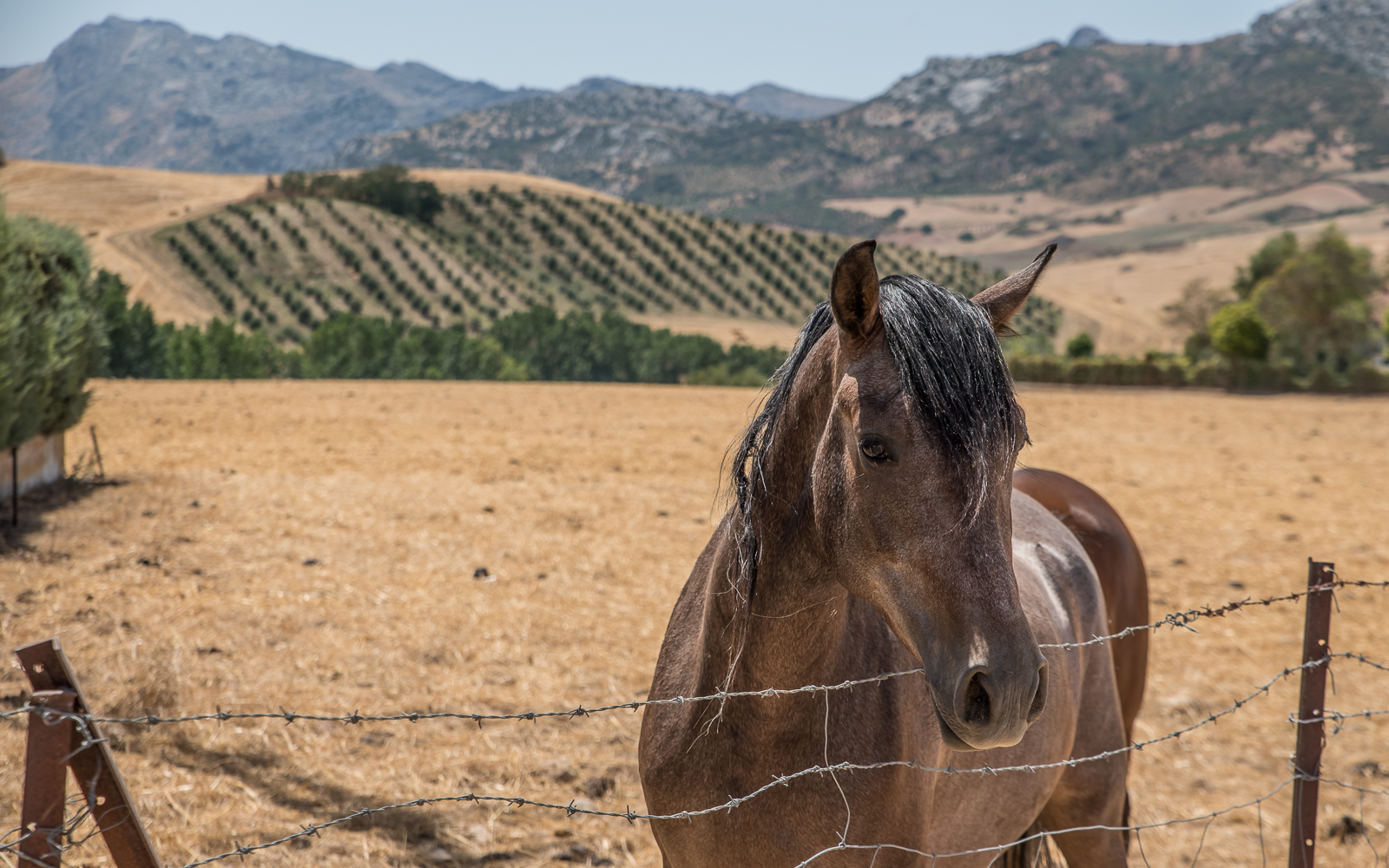 Stage 4: Holy Fucking Ronda
There’s a smaller ridge here covered with a somewhat shady forest at the top. And then you hit the gap in the road and see Ronda for the first time. It’s impressive. 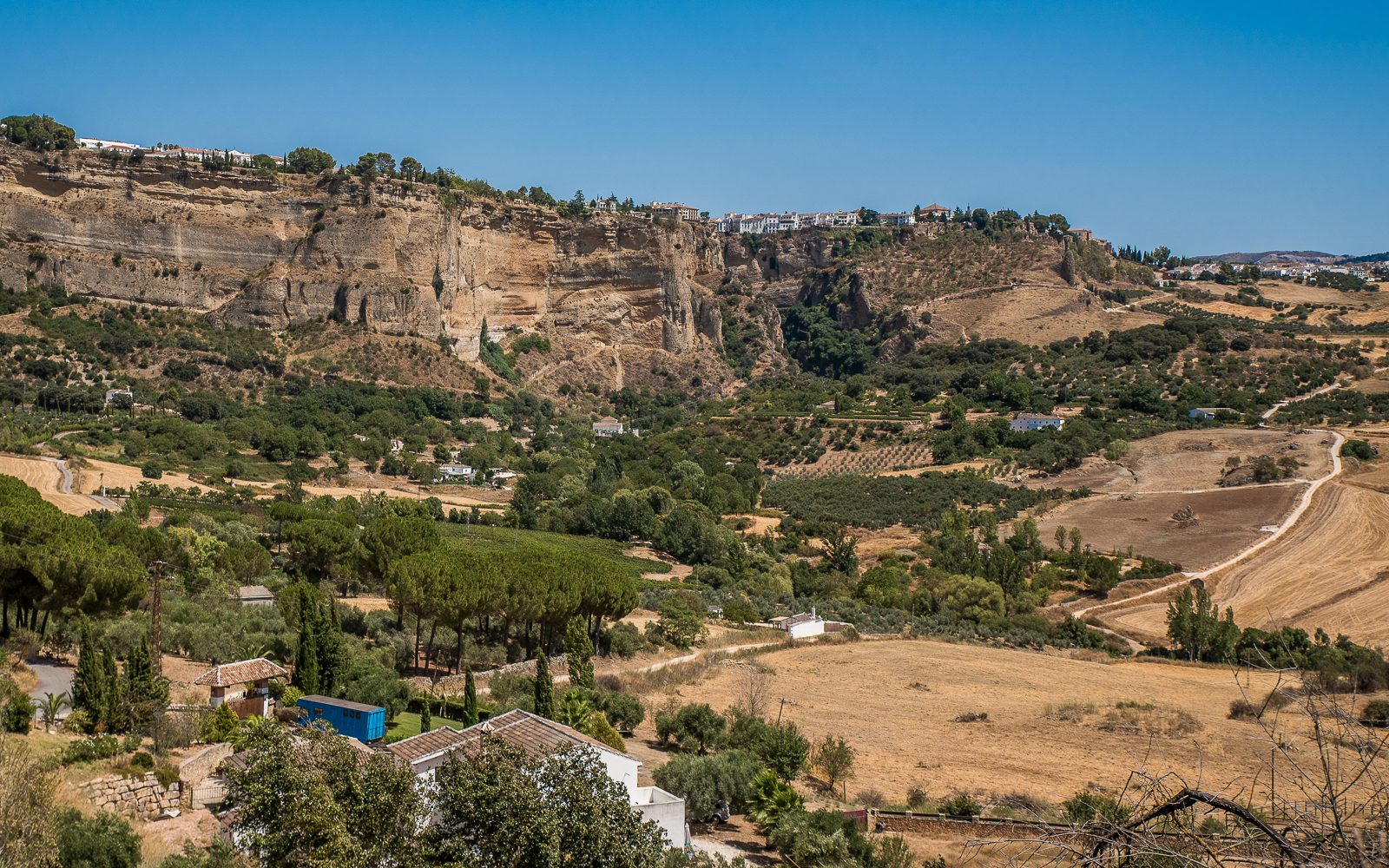 Even more so when you get close up. 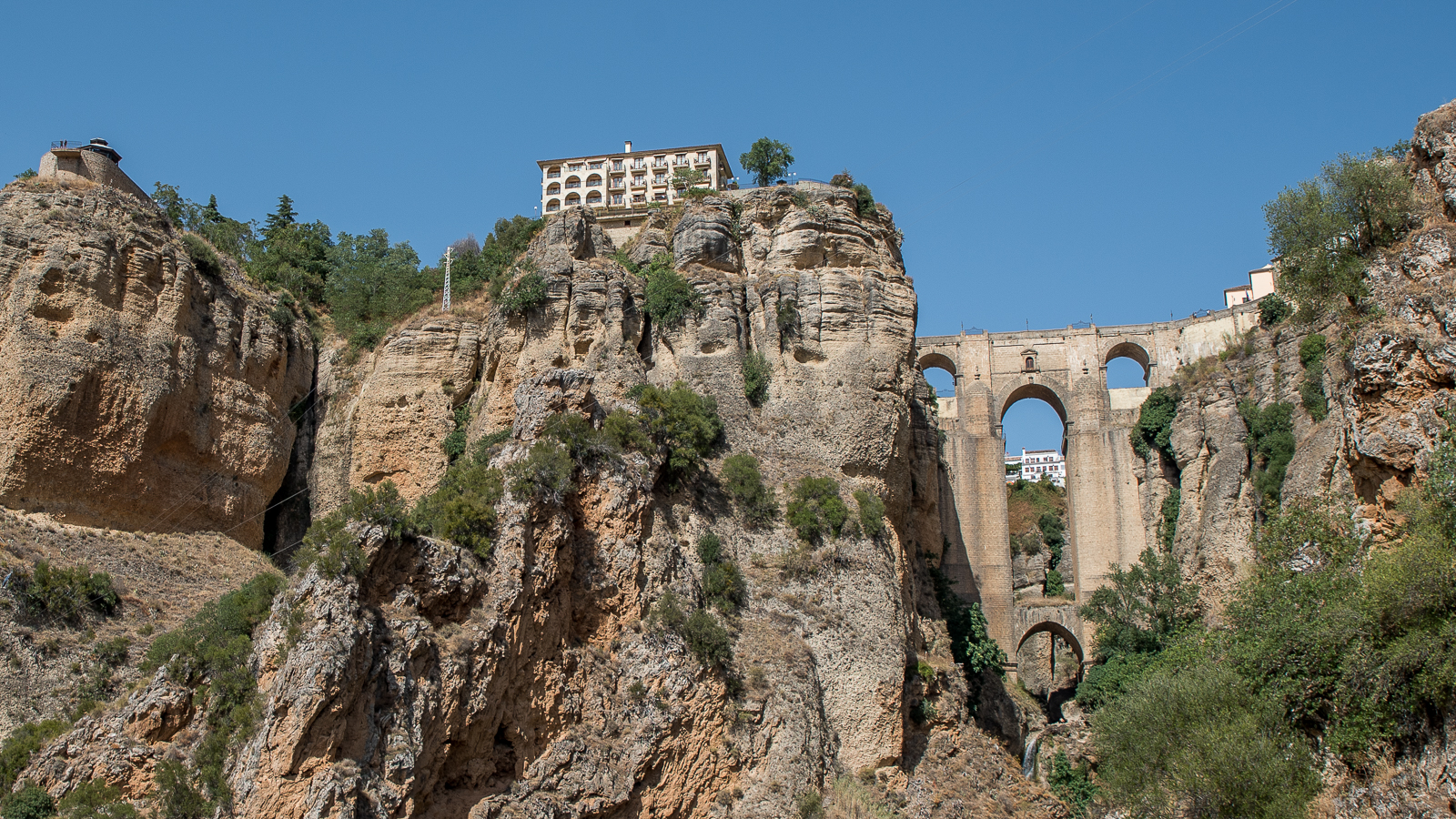 This spot where I’m taking photos is just about the most Instagram famous backdrop in Malaga, so expect to see crowds here. I had to slip in to take this photo in between the thousands of selfie shots.

Stage 5:  To the Top!
From the lookout point, it’s less than a kilometer back up to the city of Ronda, but it’s uphill the whole way. It’s not difficult, but running low on water, I started to slip into heat exhaustion, which made this one of the more difficult climbs I’ve ever done. Maybe hiking all afternoon in the middle of August isn’t such a great idea.

How I Got There: I took a train from Malaga to Benaoján (18€/$21.30 USD and two hours OW). There’s only one train out and one train back (pick it up in either Benaojan or Ronda) and both times you’ll have to connect in Bobodilla.

How You Should Get There: My standard recommendation, as always for anything outside of Malaga, is to rent a car. There are also options with Avantbus (3 hours OW) and Estes Bus (2 hours OW). The buses are significantly cheaper, but winding around the roads for 2-3 hours while wearing a face mask is already making me nauseous. While expensive and boasting a lousy schedule, the train ride is also worth the price.

When You Should Go: Not in the middle of the summer and not in the afternoon.

Stocking Up: Ronda is a sizeable city with everything you would need for an hike. Benaojan is much smaller. I only saw a couple of cafes at the train station and no stores. There were no businesses along the hike so make sure to bring enough water. 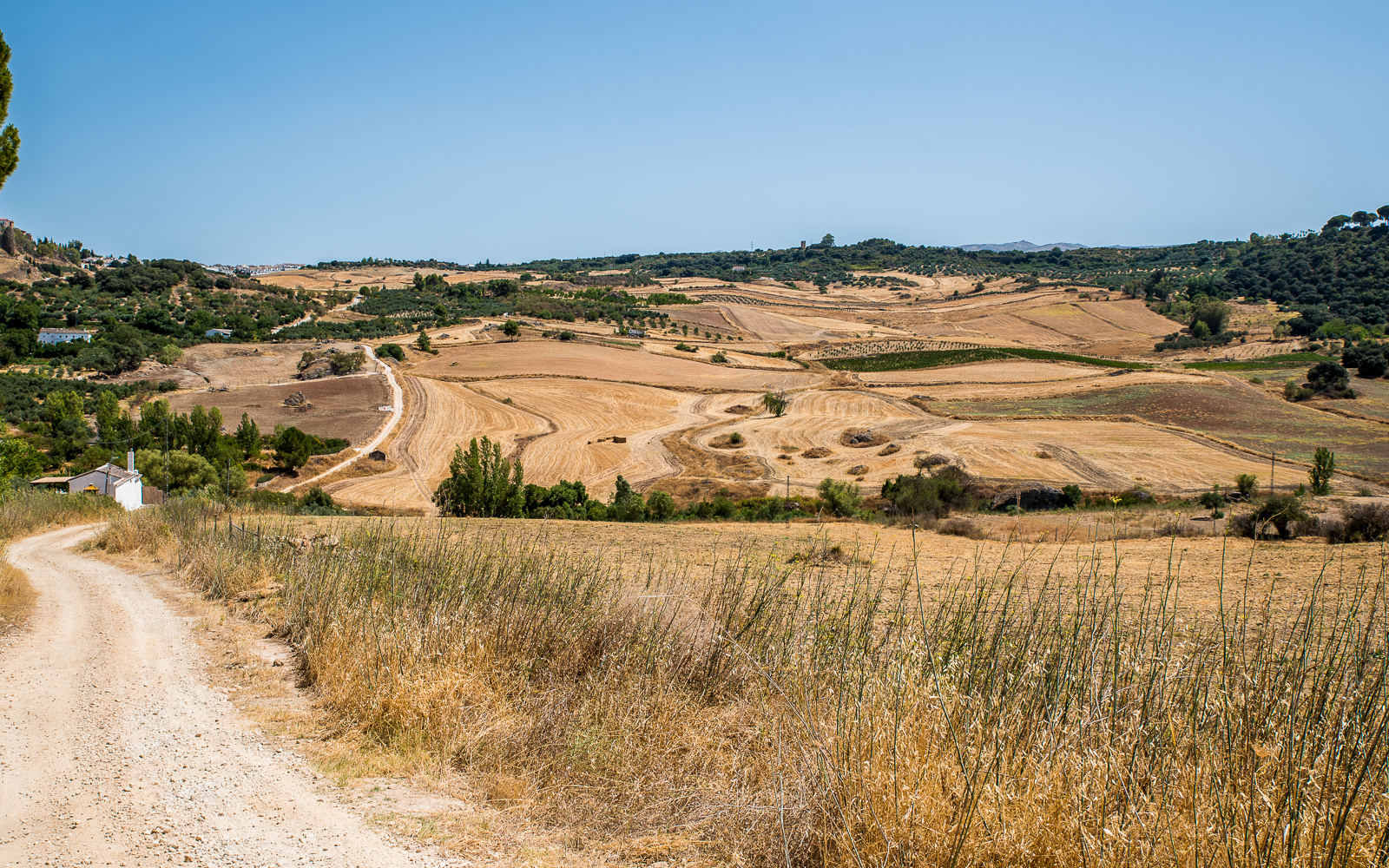 Final Notes
As an introduction to The Great Malaga Path (aka the GR-249), I’m sold on the whole massive 750 kilometer loop. I’ll be back someday to hike the whole damn thing — just not in August. 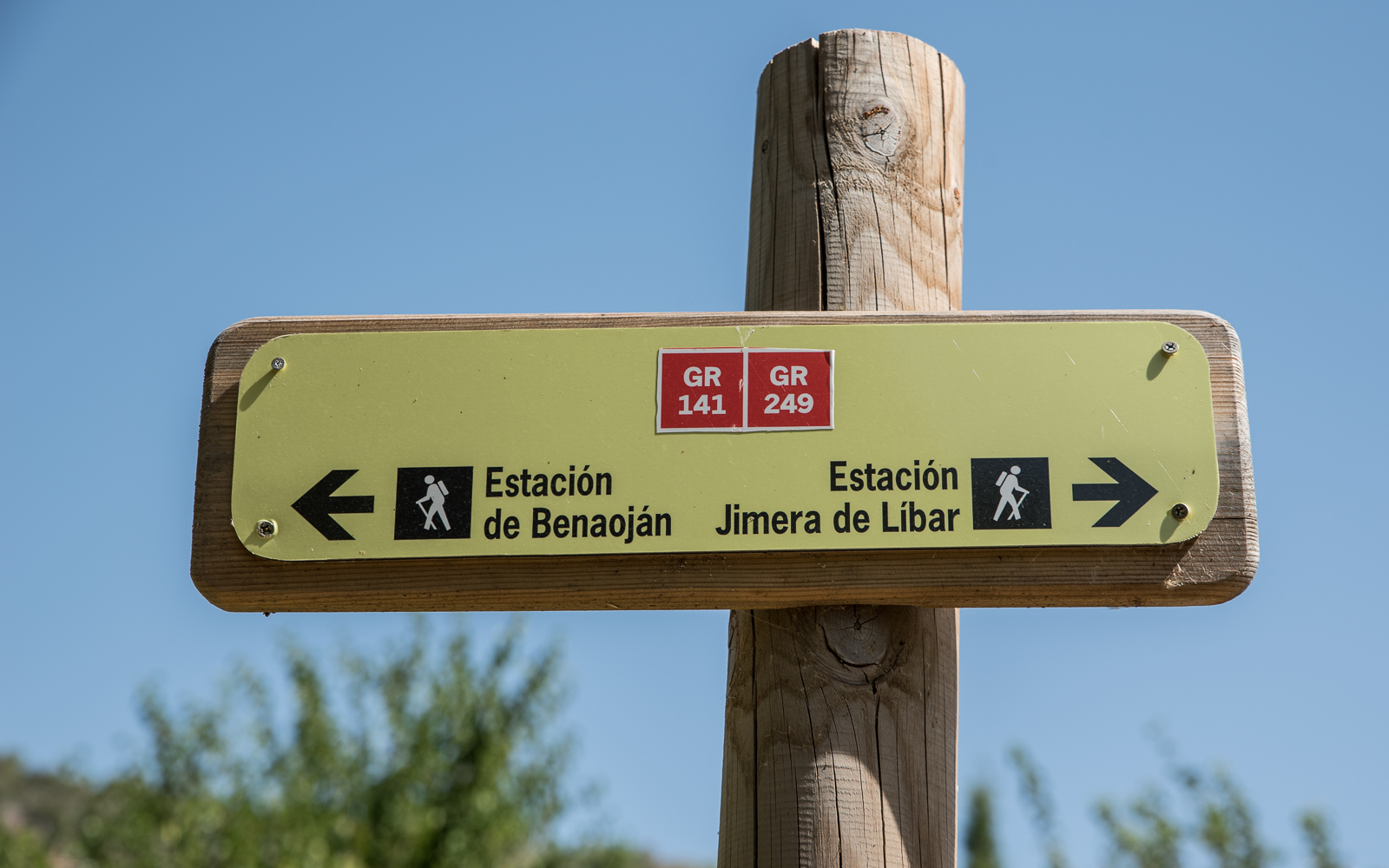