Far from the teeming cruise ship crowds, you’ll find this charming and uncomplicated hike to an abandoned fortress from the Austro-Hungarian Empire. Starting at the edge of town, the Vrmac hike winds its way up through a quiet forest with plenty of vantage points of the beautiful Kotor Bay. 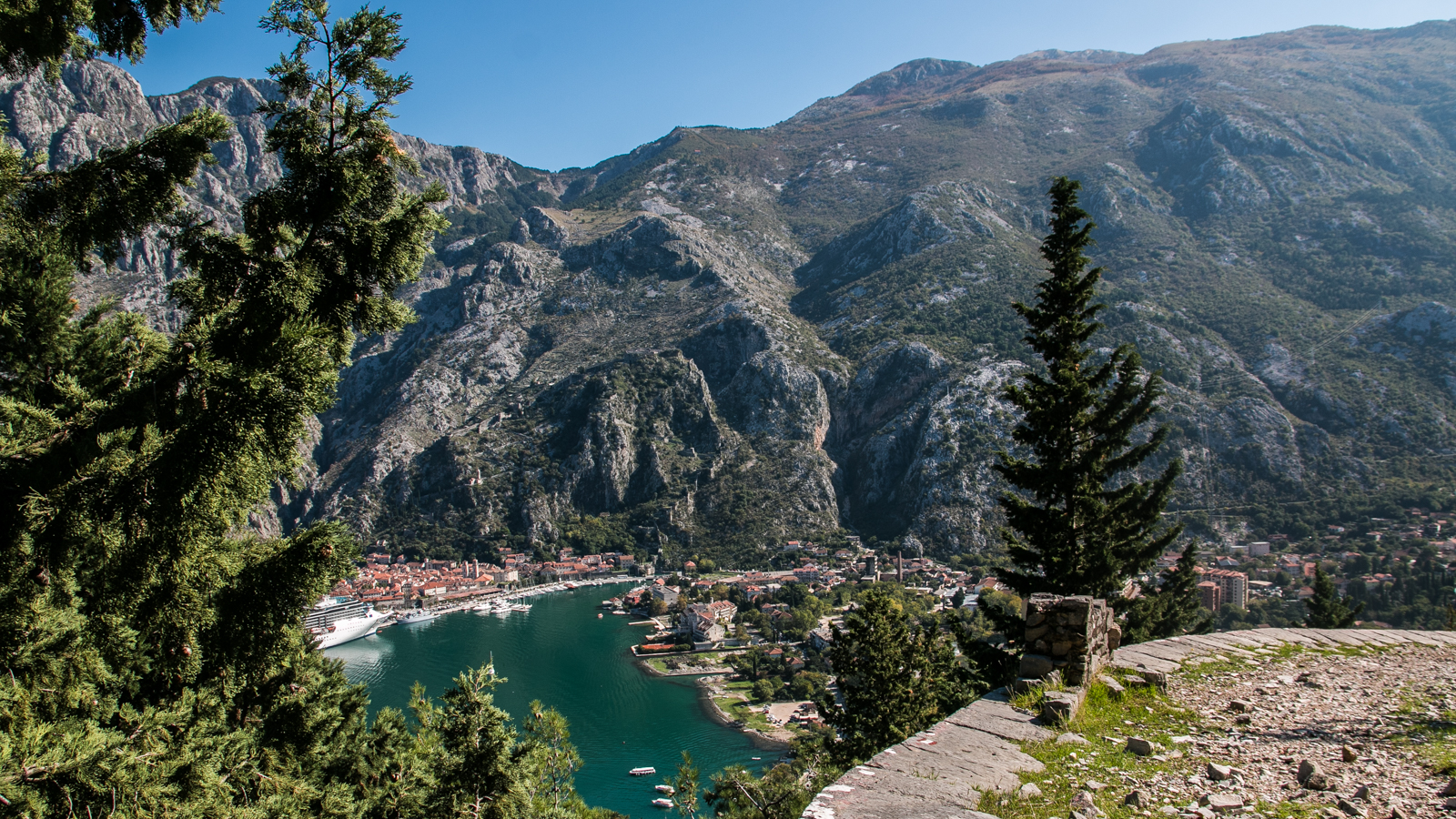 The Trailhead
It takes about 15 minutes from the Old Town of Kotor to reach the trailhead, although I had difficulty finding the actual start of the trail. You’re looking for any signs with the red and white marker, and not that one trail that goes through someone’s backyard. 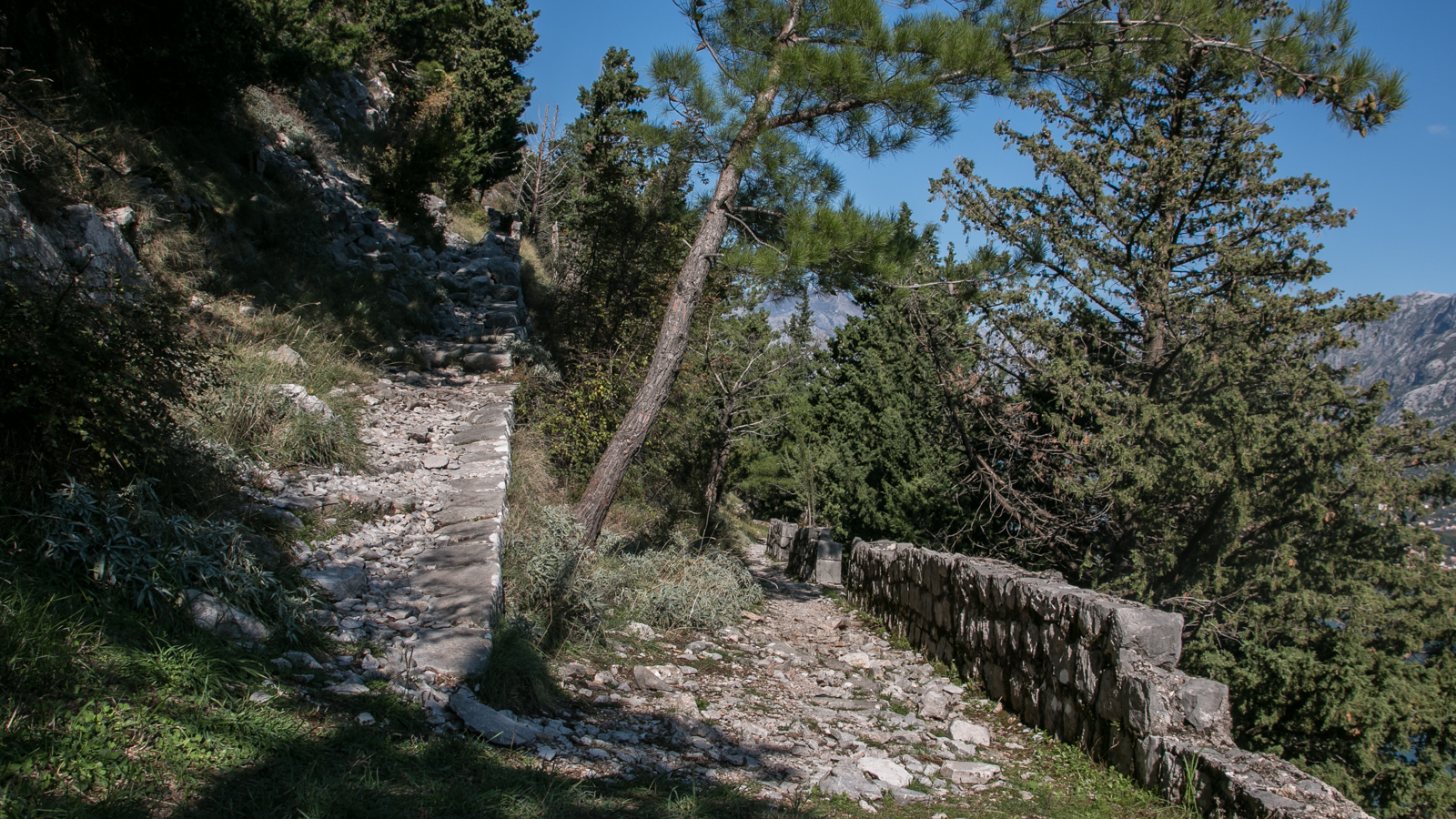 On The Trail
The hike immediately starts heading up via switchbacks on a leisurely stone paved trail lined with pomegranate trees. You’re quickly rewarded with expansive views of the Kotor Bay. The route is mostly shaded, which hides you from that strong midday sun. 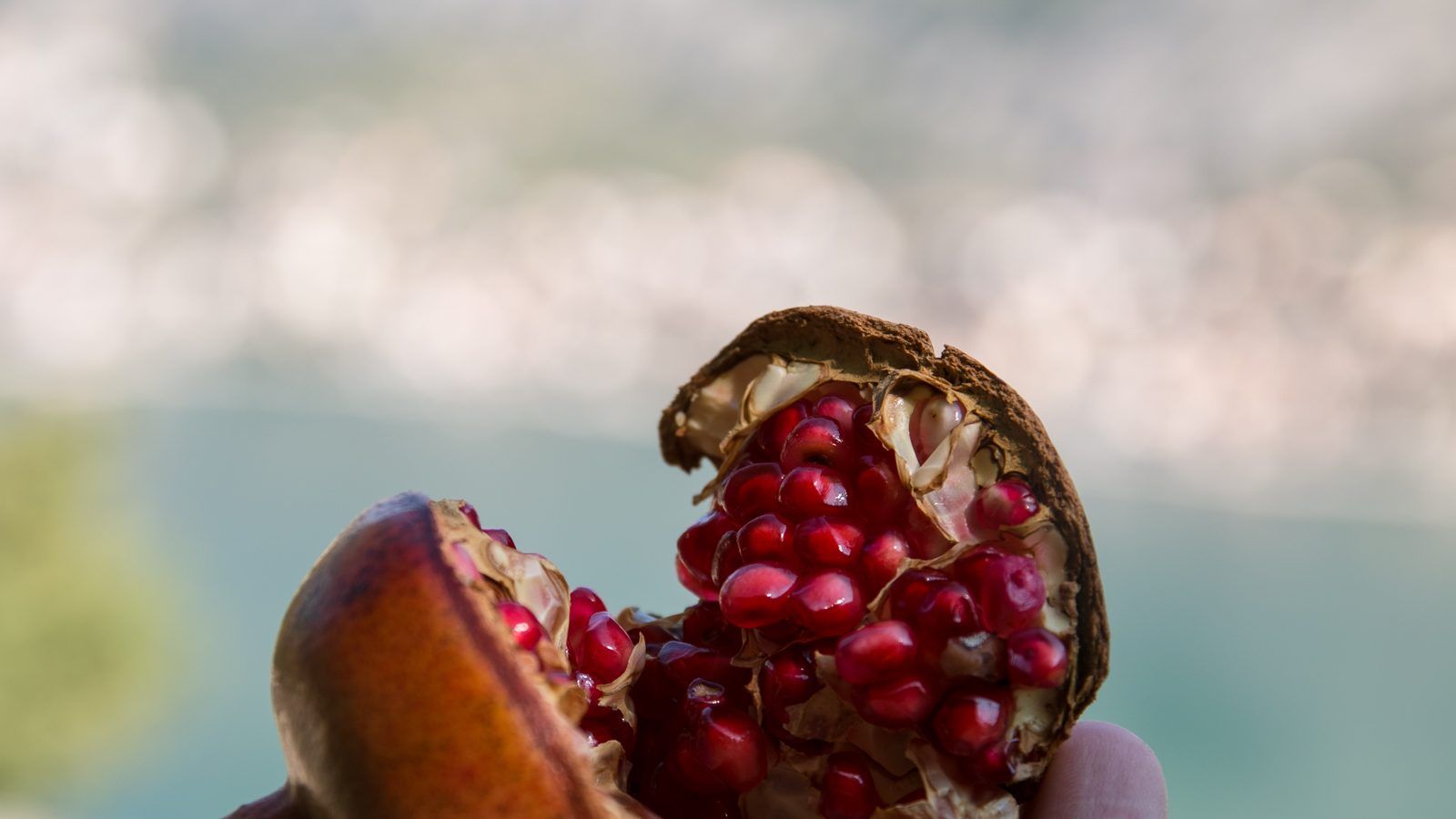 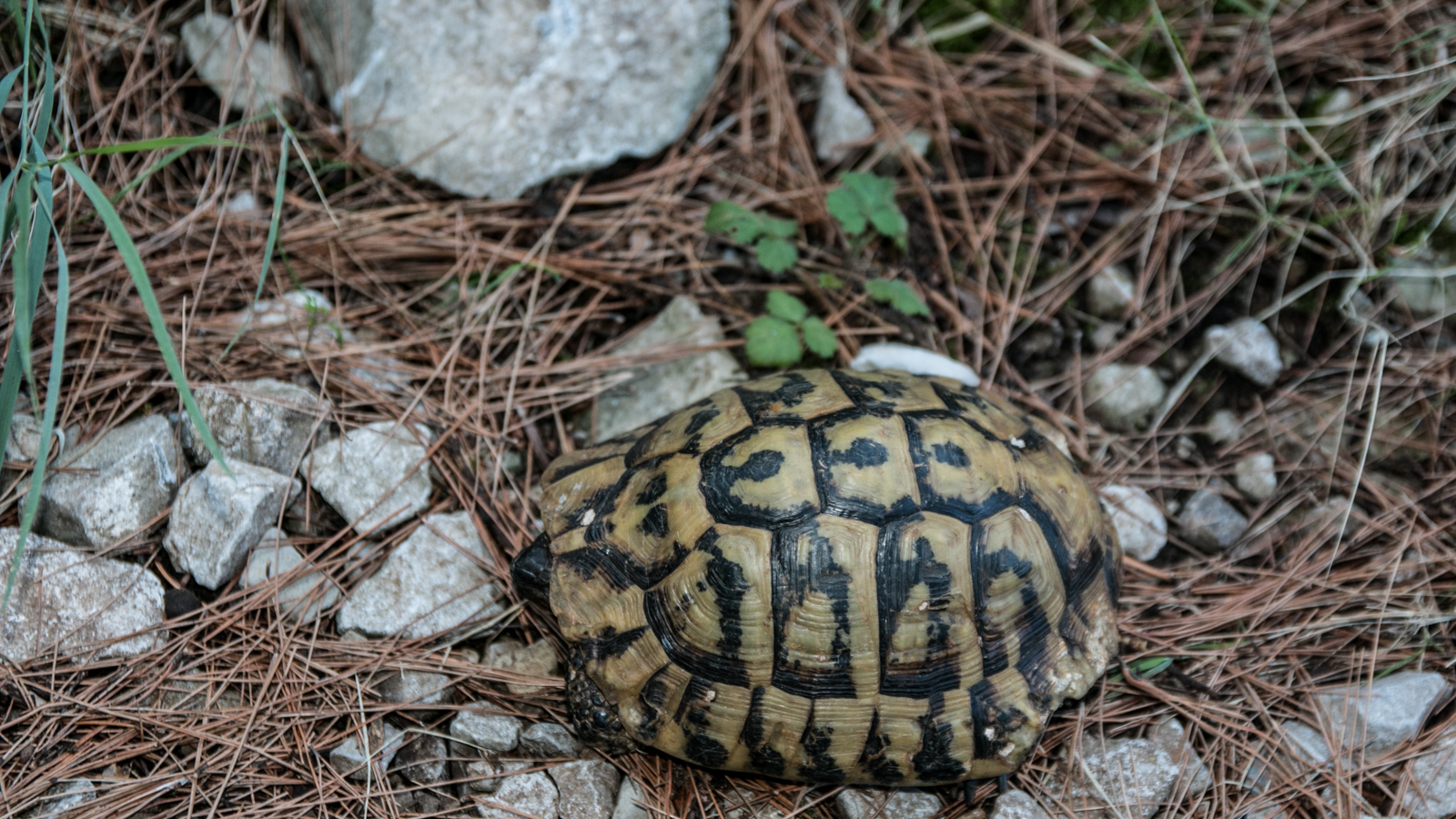 At the top, you’ll reach an abandoned military outpost, which is both mysterious and gross in equal parts. I don’t recommend going into any of the rooms – that is not animal shit on the floor. 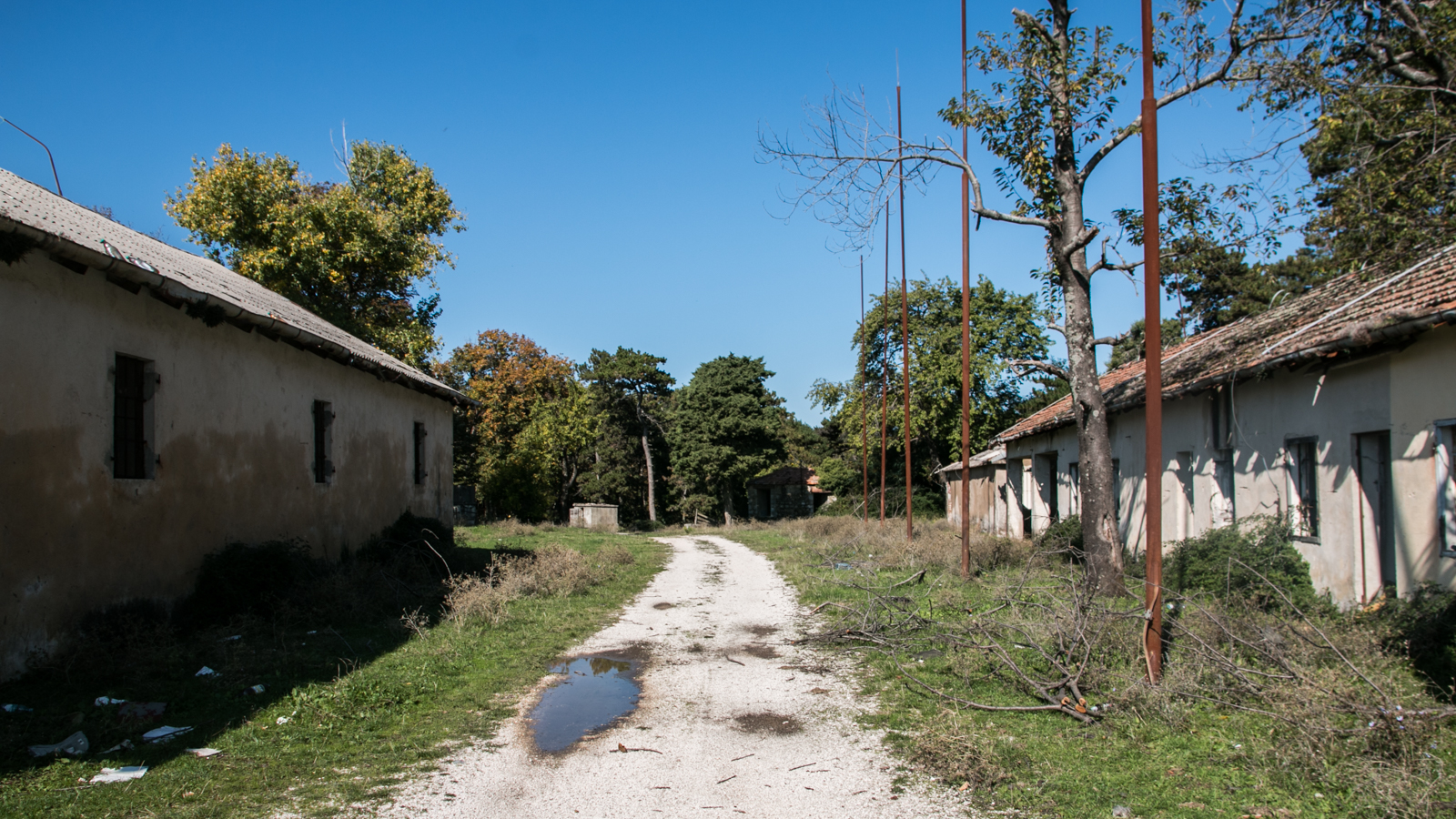 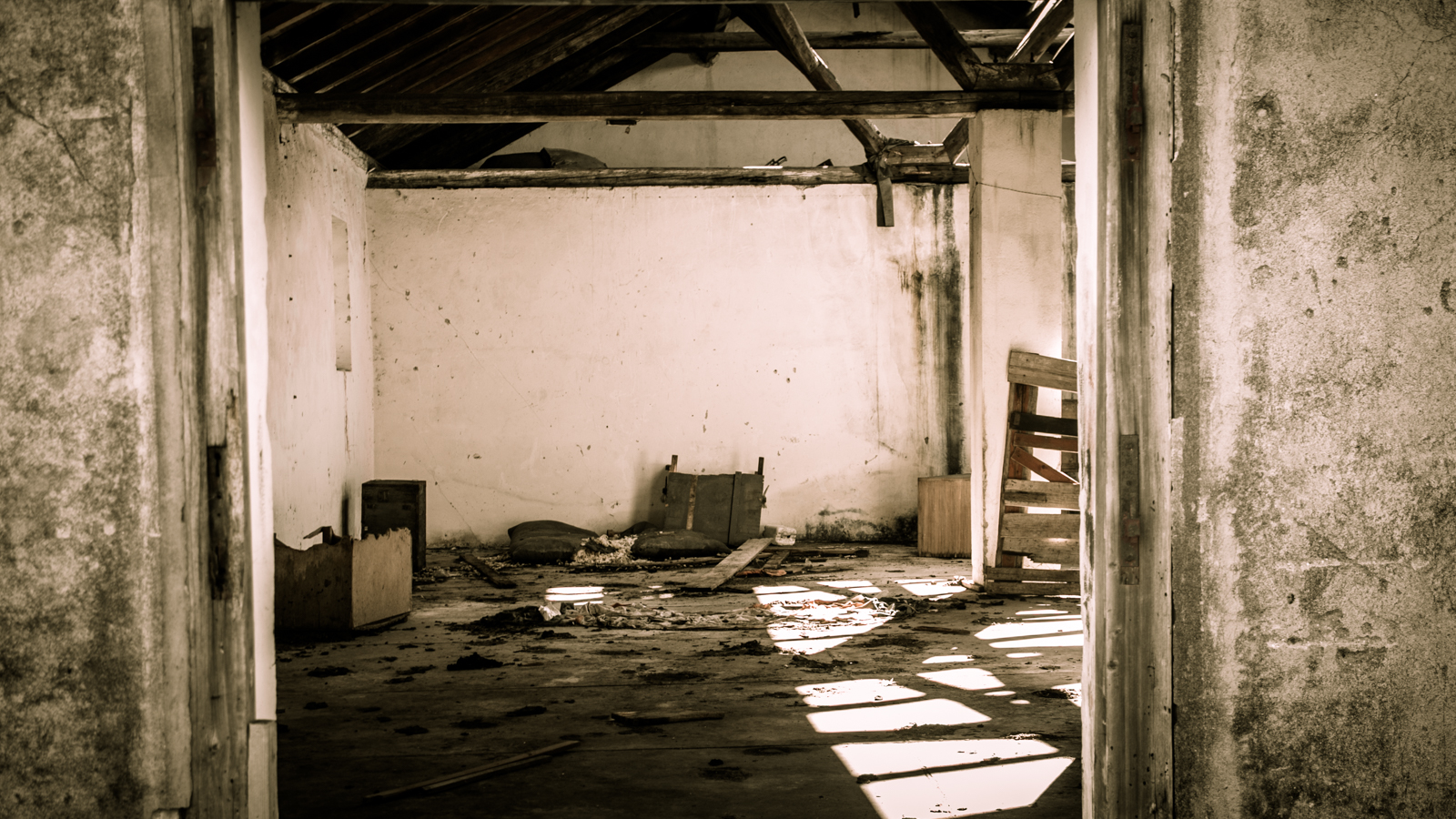 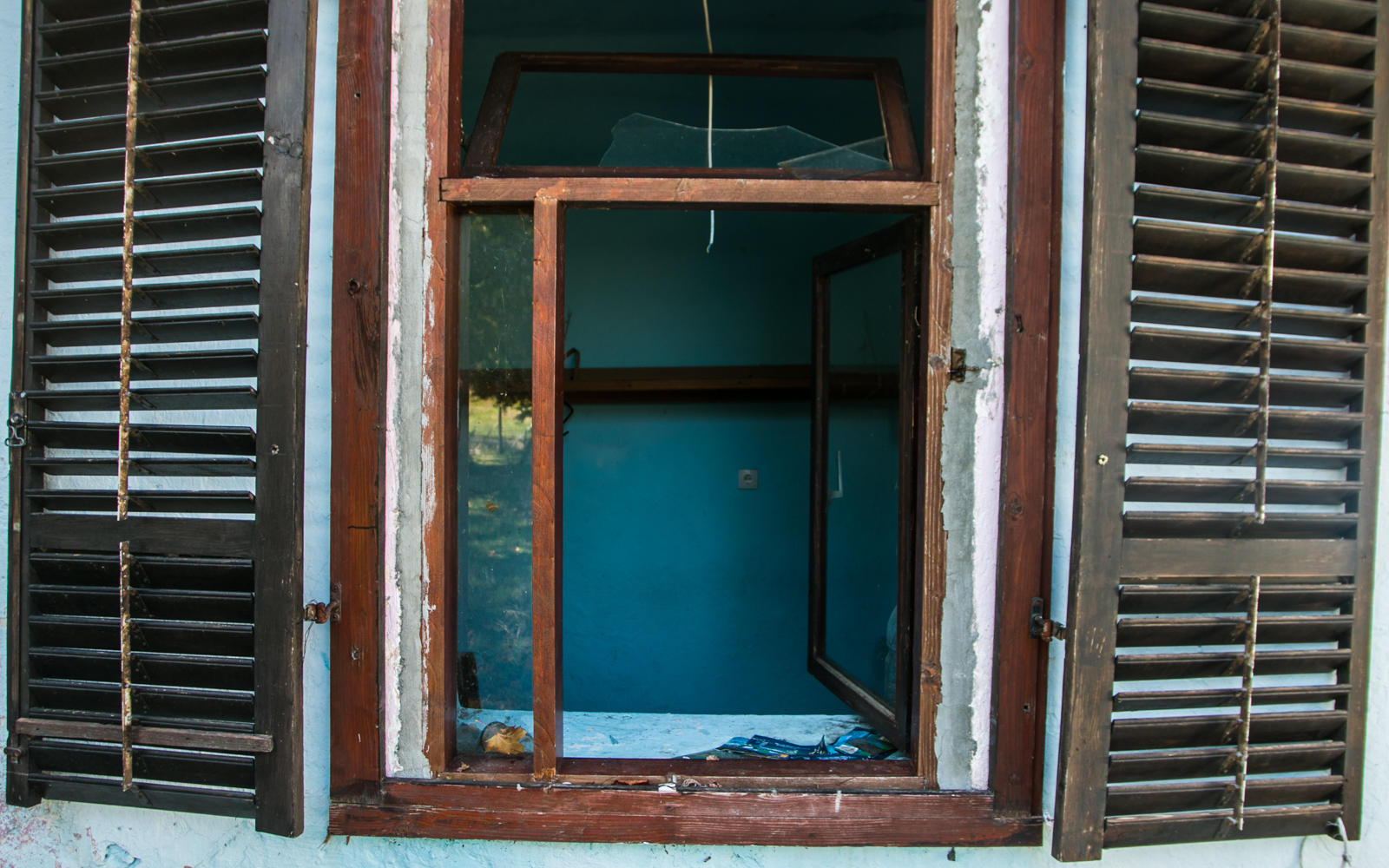 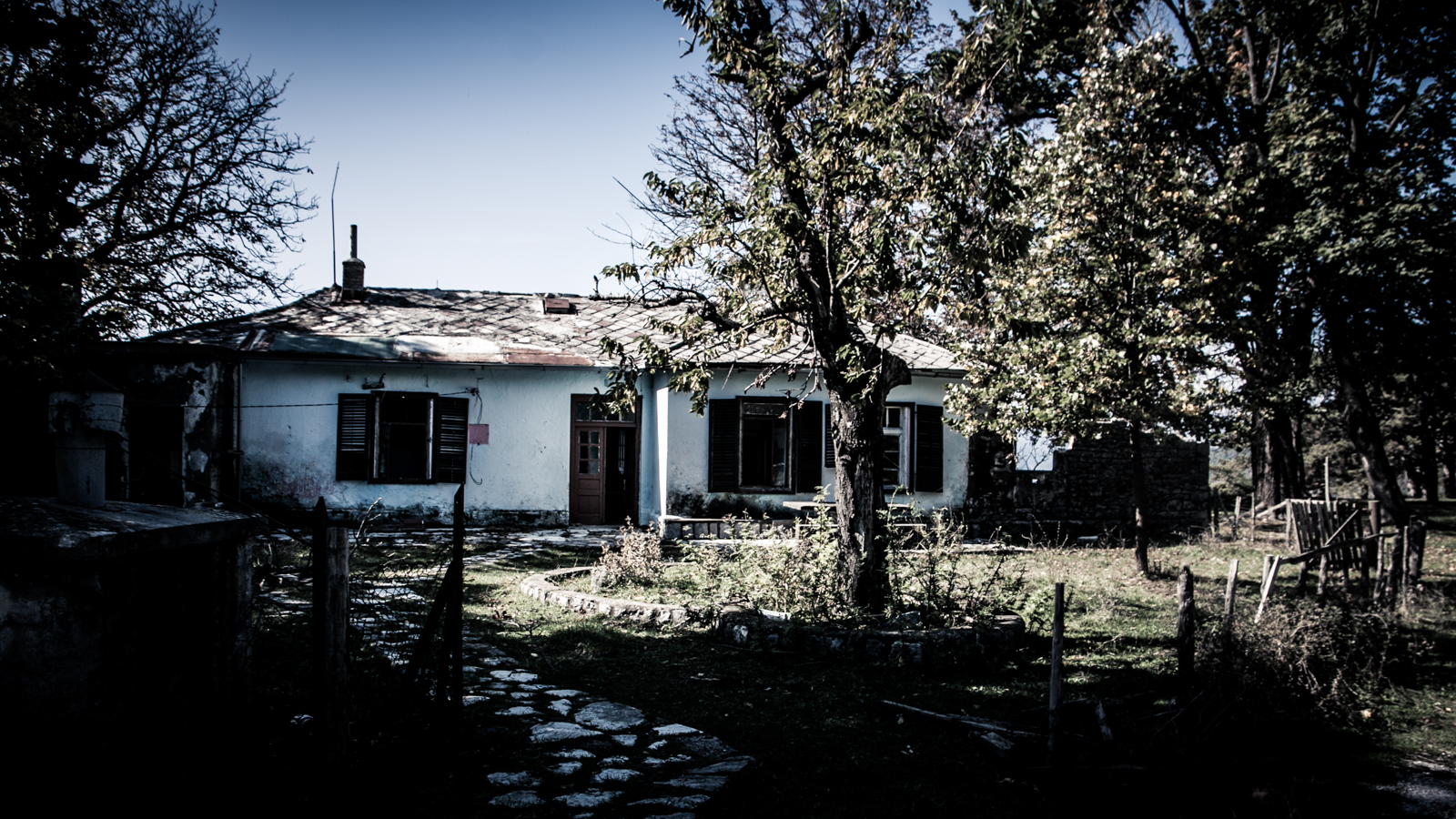 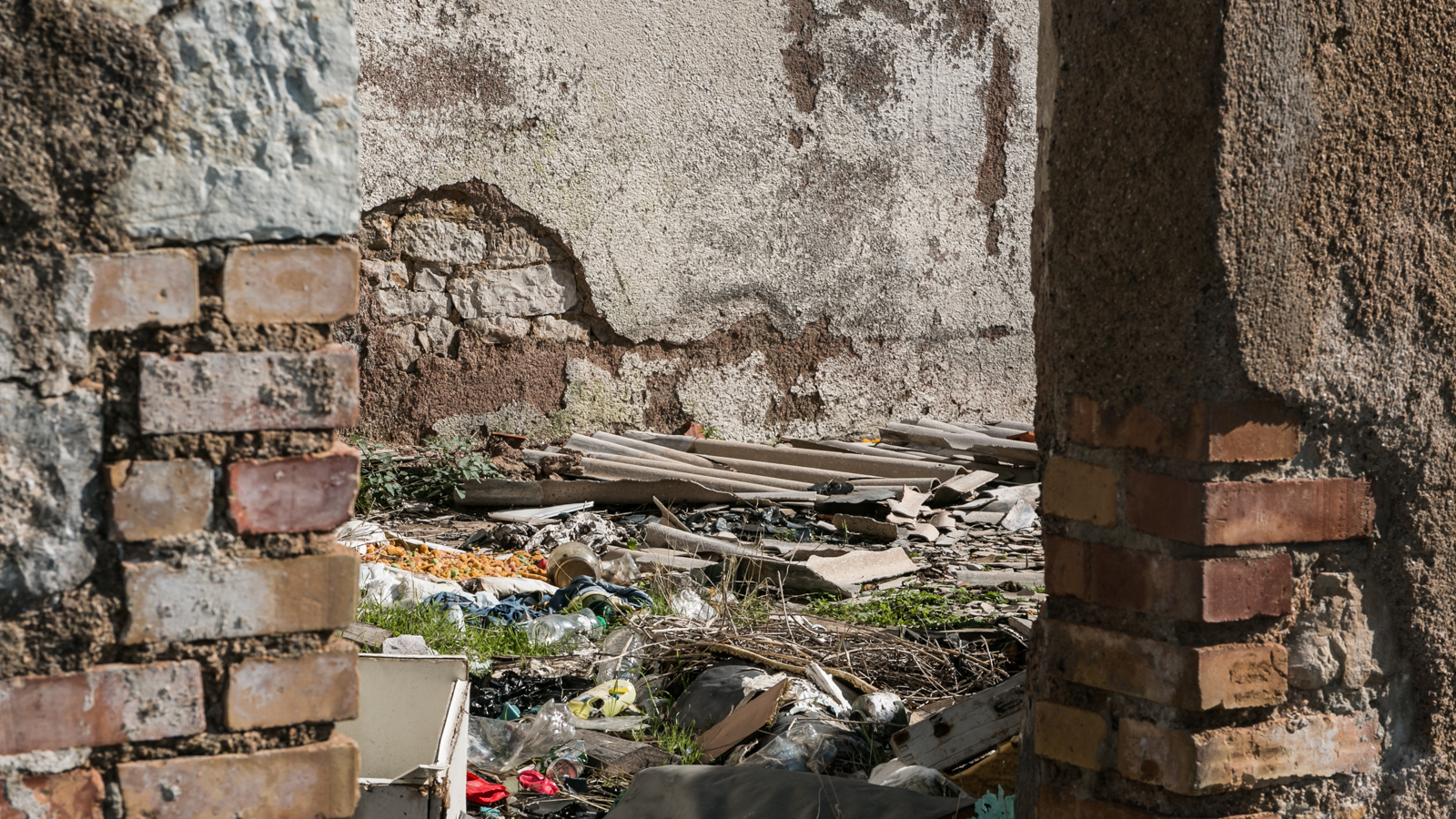 At the end of the ghost town, you’ll find the Fort Vrmac built in 1894. I would have spent more time here, but upon my arrival a dozen camouflaged soldiers armed with assault rifles emerged from the shadows. It would take me a moment to realize it was a paintball crew. Or was it? 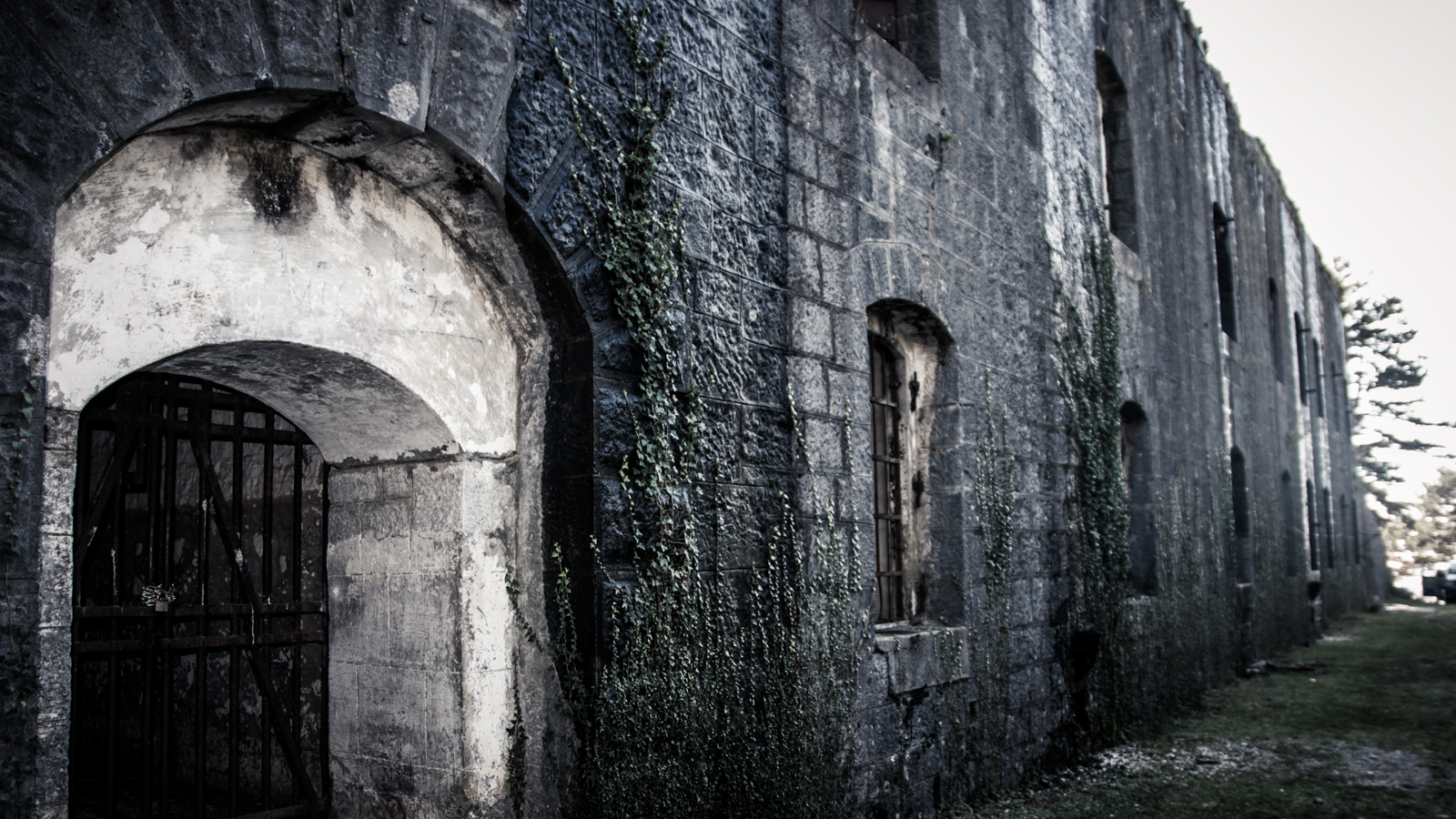 Used in both World War I, World War II, and most recently by the Yugoslav army at the end of the century, the now abandoned fortress is remarkably well preserved. While most of the entrances are blocked, there are ways to get inside, which I didn’t do because I felt like I would be walking into a most dangerous game situation with the paintballers. And also because I’ve seen trailers for horror movies before. 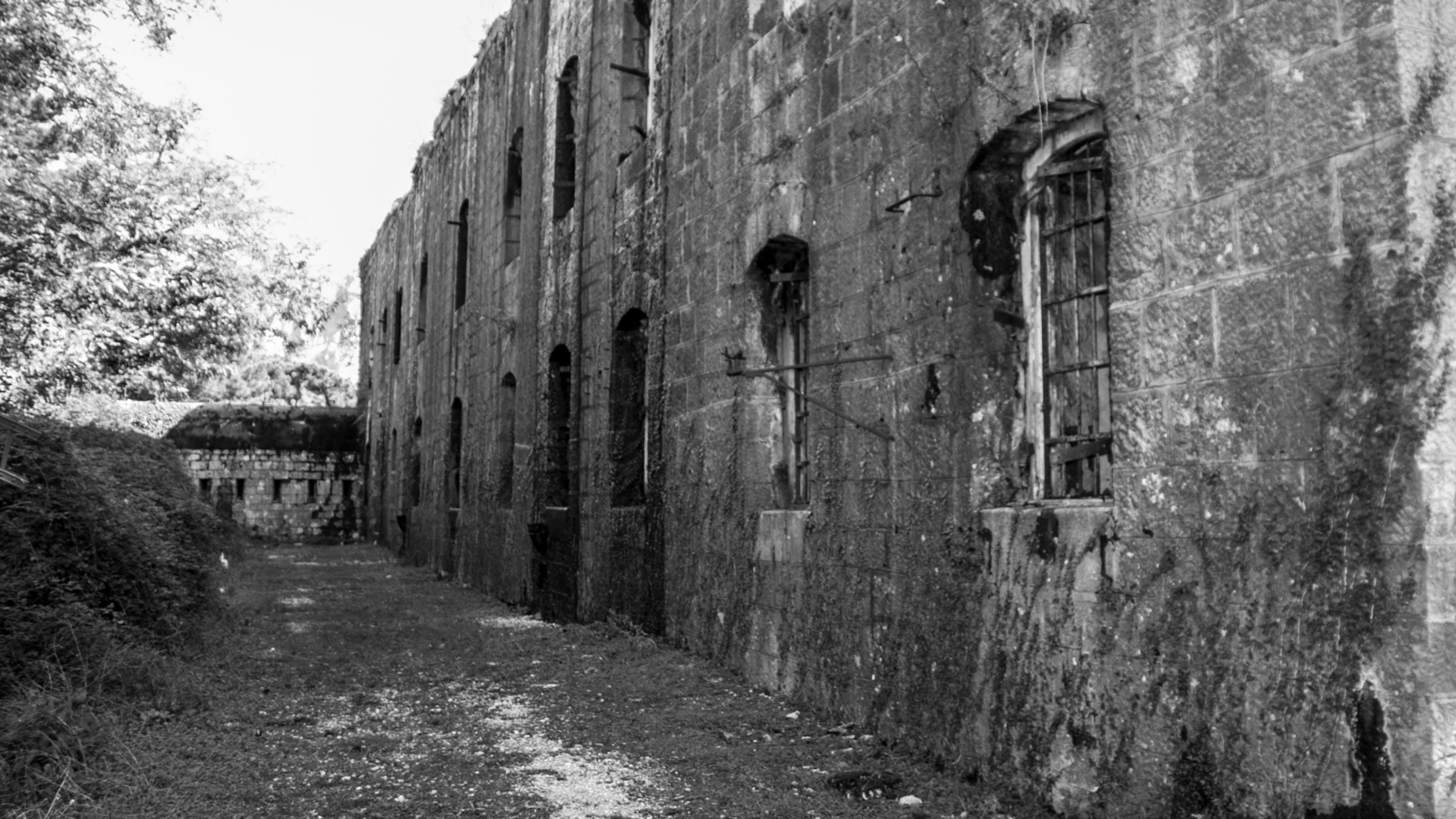 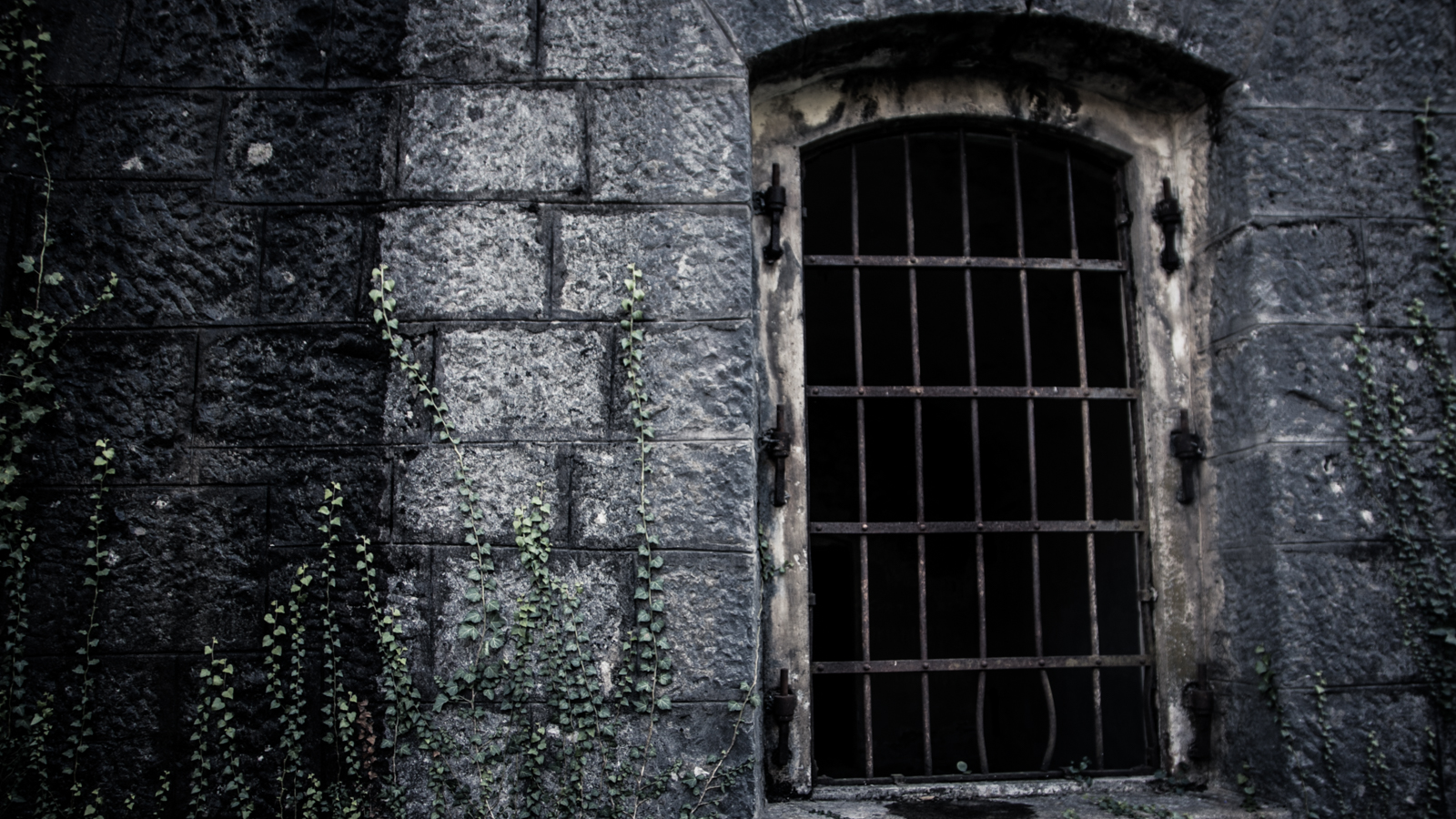 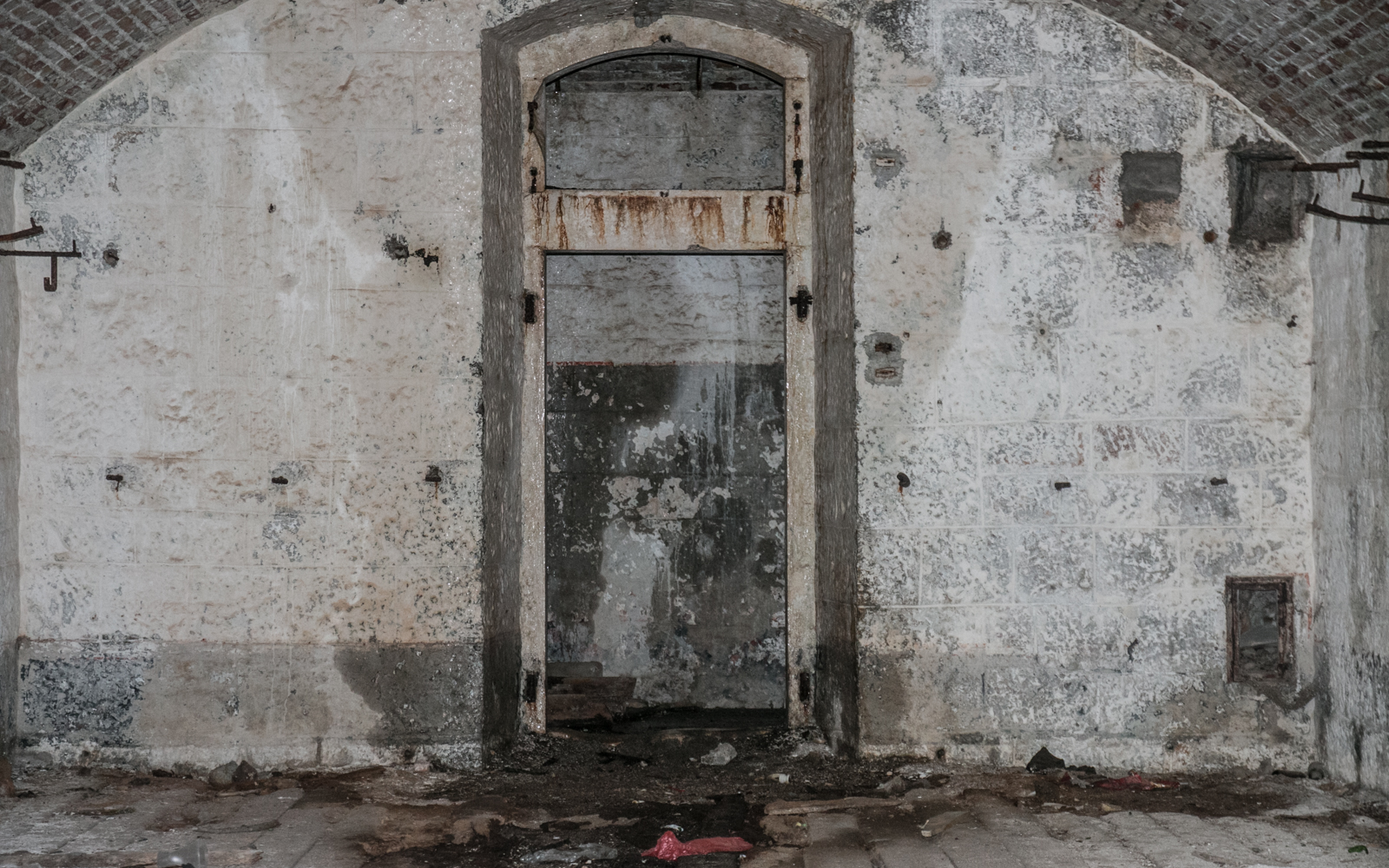 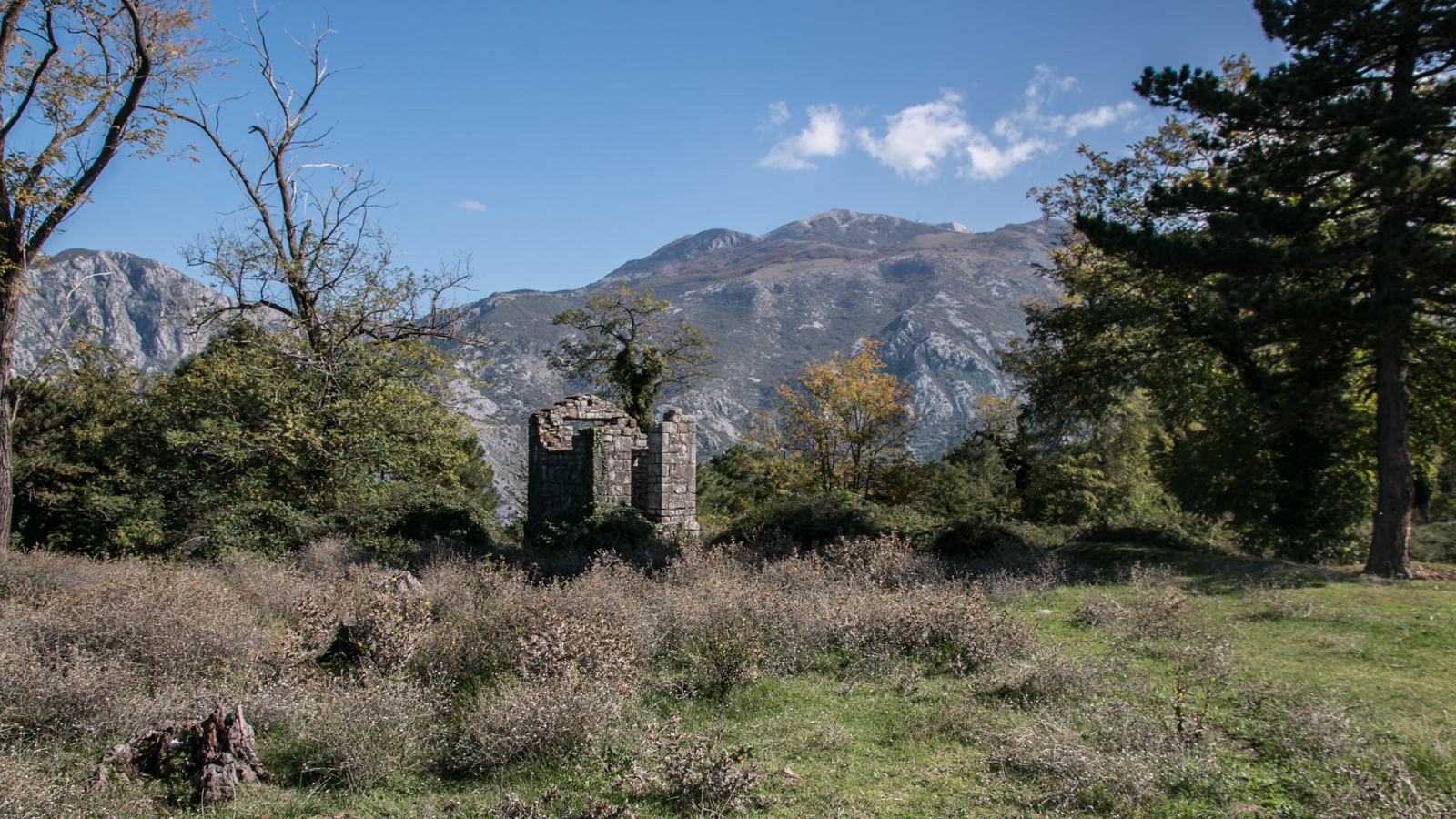 Expanding the Hike
There’s a few trails heading off the top of the hill here. You could head down the backside into Tivat or take a longer route back into town. Really, you can’t go wrong hiking around here. It’s that nice. 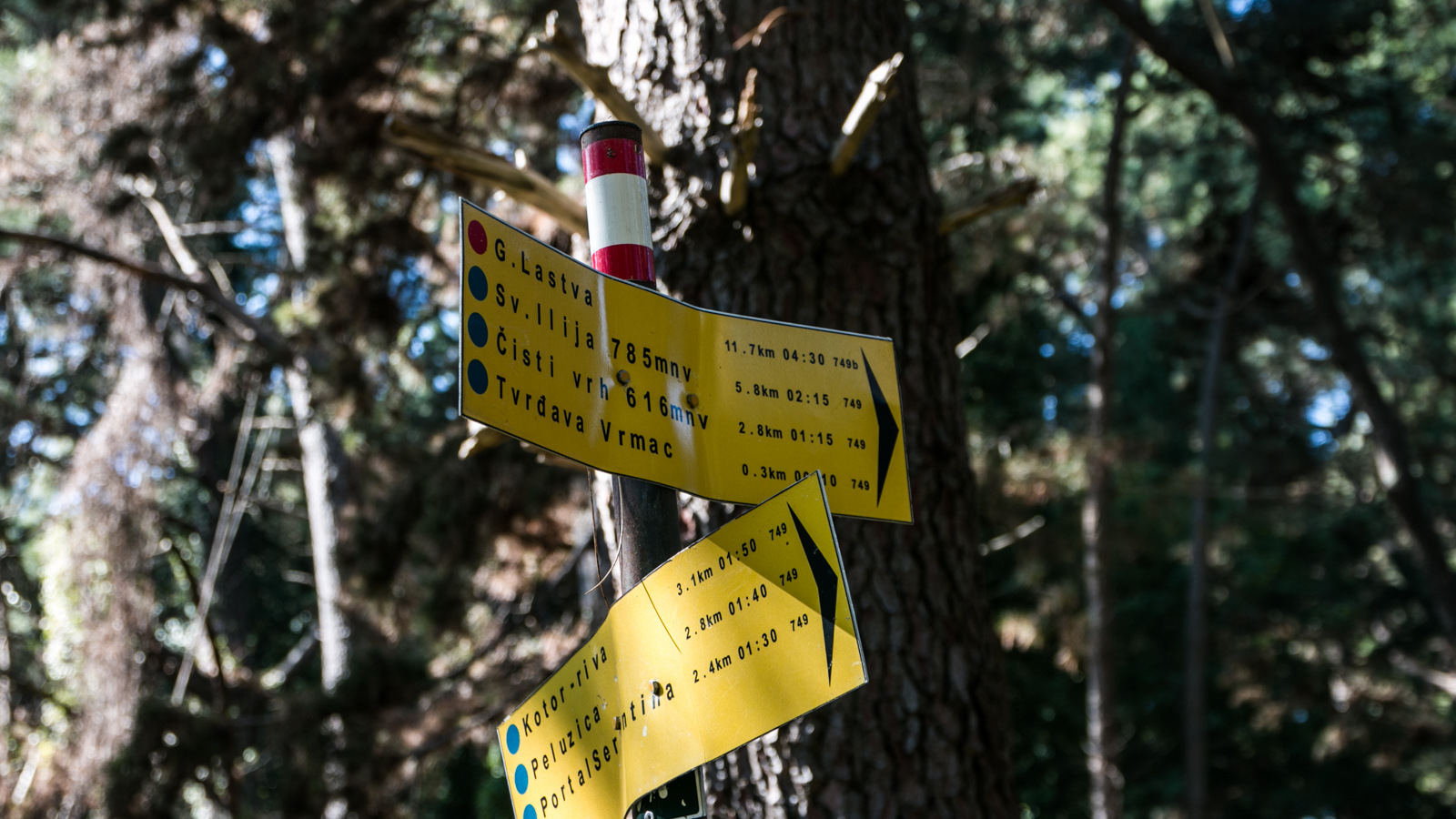 Where to Stay
While completely packed during the day with tourists, the Old Town empties out in the evening and is delightful. I stayed at the Kotor Old Town Hostel ($20 USD per night), which included a cat that likes to curl up in your lap, but will bite you if you try to move. This is not contentment in the picture. It’s fear. 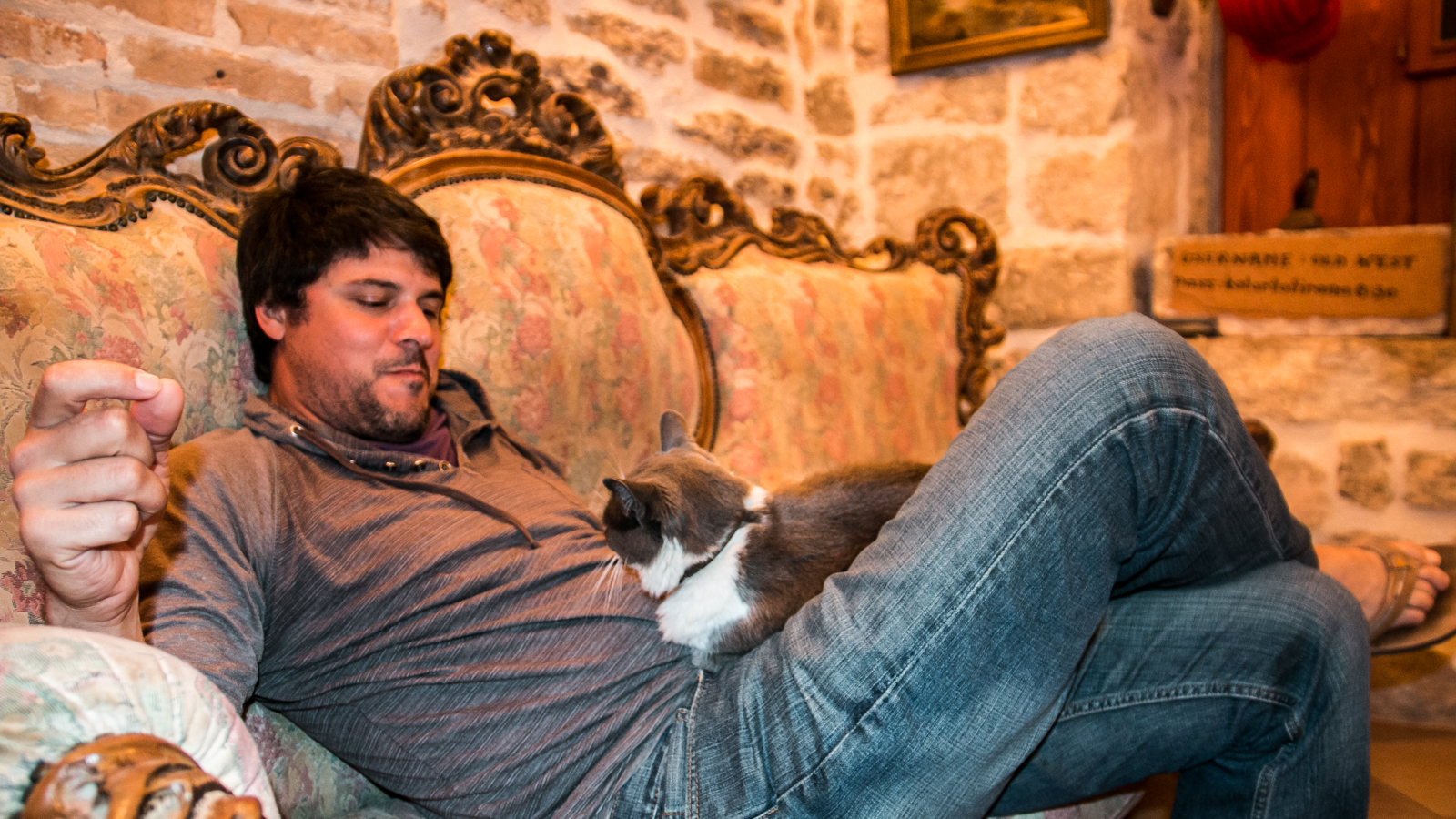 Final Thoughts
An ideal half-day hike, the Vrmac Fortress has a little bit of everything except the crowds. A week ago, I was hiking in the snows of north Montenegro and now I’m wearing shorts and eating fresh fruit. I am coming to love this country. 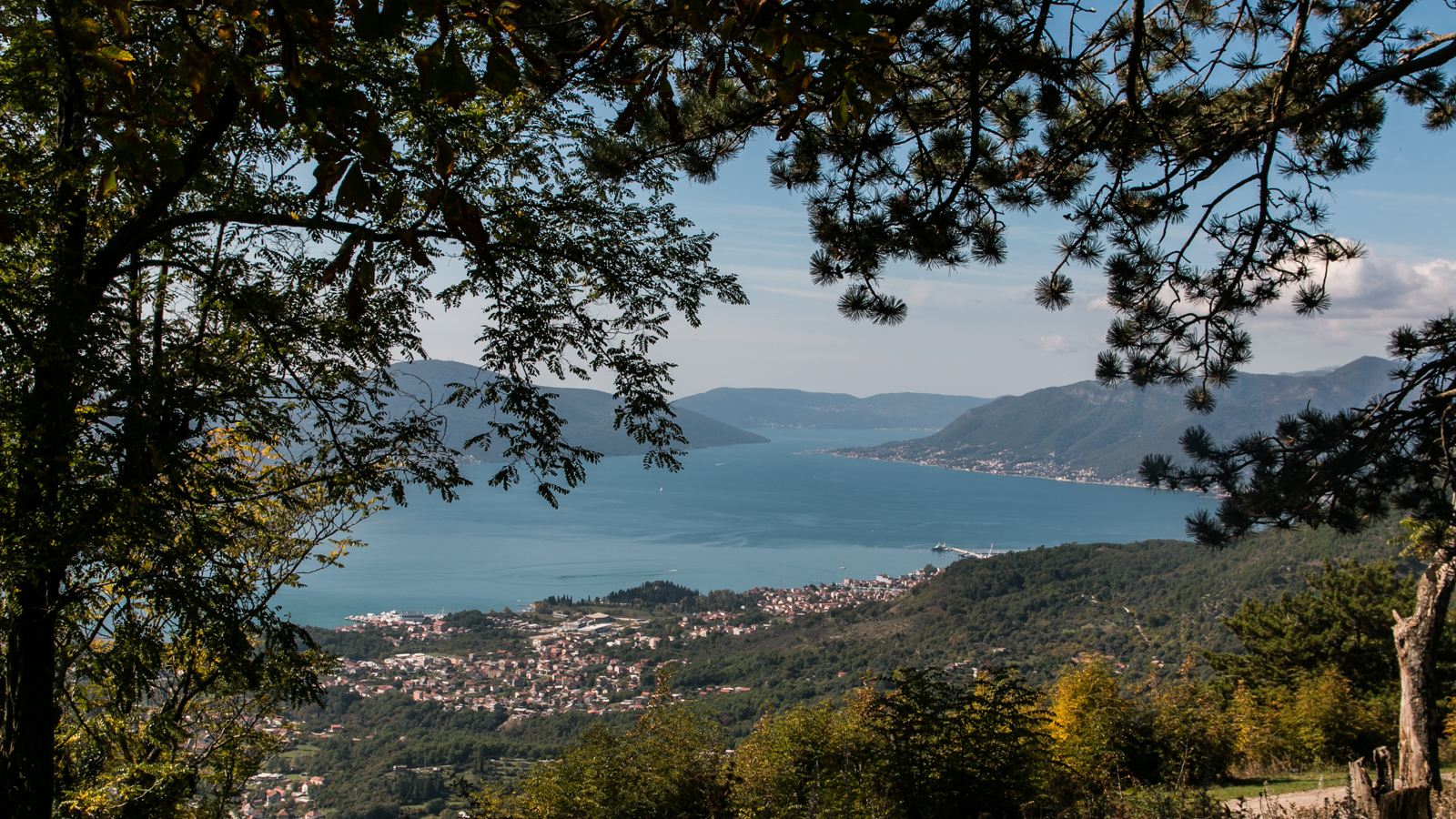