I Stop Traveling, Try Out Depression in Skopje, Macedonia

Within my first forty-five minutes in Macedonia, I found myself in the pitch dark yelling “SANCTUARY!” while banging on the giant wooden doors of a monastery.  I knew some monks were at home. Either that or they had they committed the unforgivable sin of forgetting to turn off the lights.

They never did answer, but I did find in short order a pair of unhelpful border soldiers, a friendly security guard, and a lecherous bus driver who was most definitely not charmed at my lack of money (having spent all of it in Albania on a four kilometer ride to the border, of which I had to walk the final two kilometers when the car broke down halfway there).

And like most of my stories about traveling in Eastern Europe, I spent some time running from a pack of wild dogs. 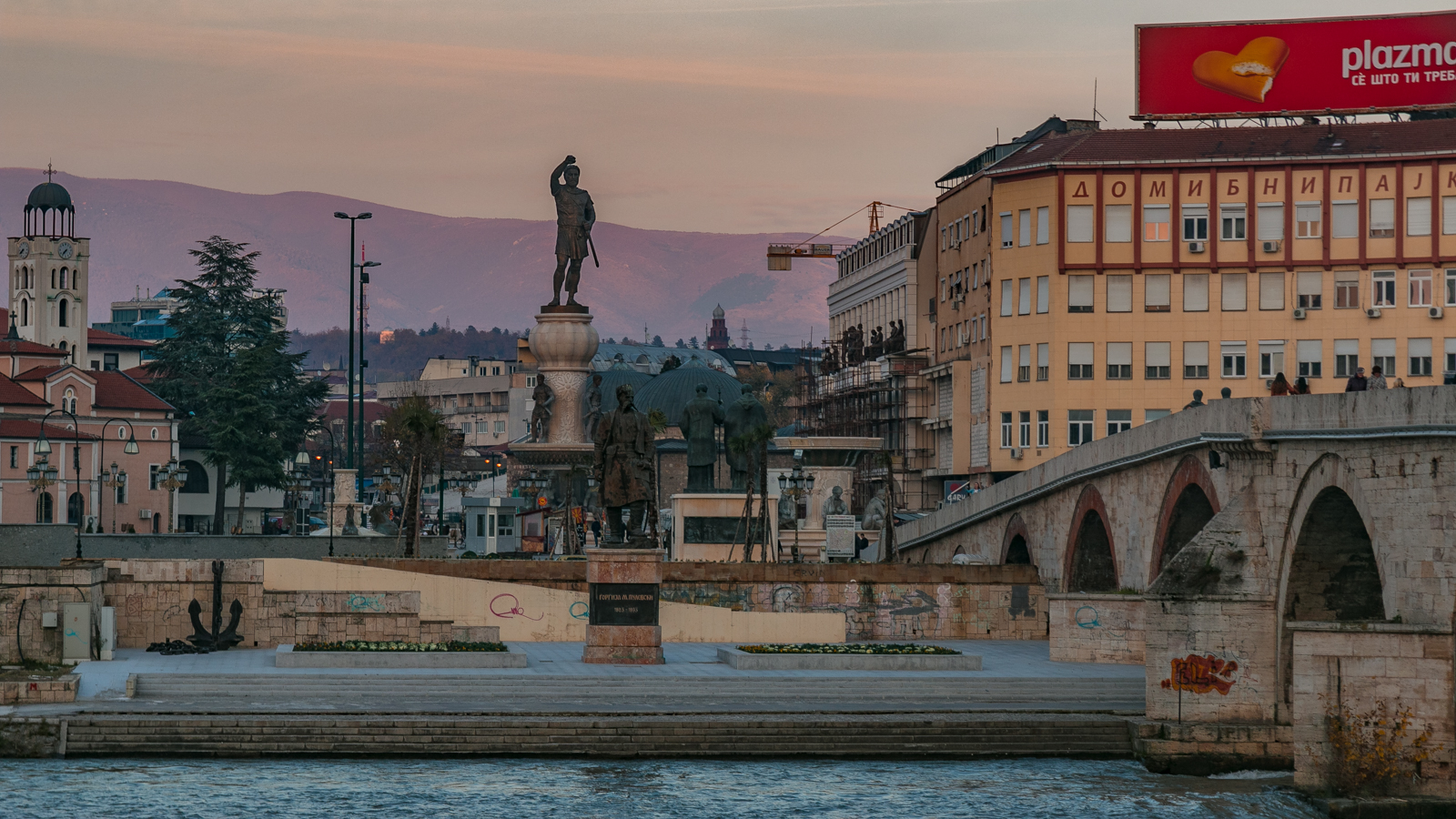 I arrived on a Sunday in the capital of Skopje with plans to leave in three days for Bulgaria. My final night was the eve of the 2016 election and I stayed up nearly all night compulsively refreshing election counts. By four in the morning, I slept for a bit, confident like so many other Americans that we would do the right thing. 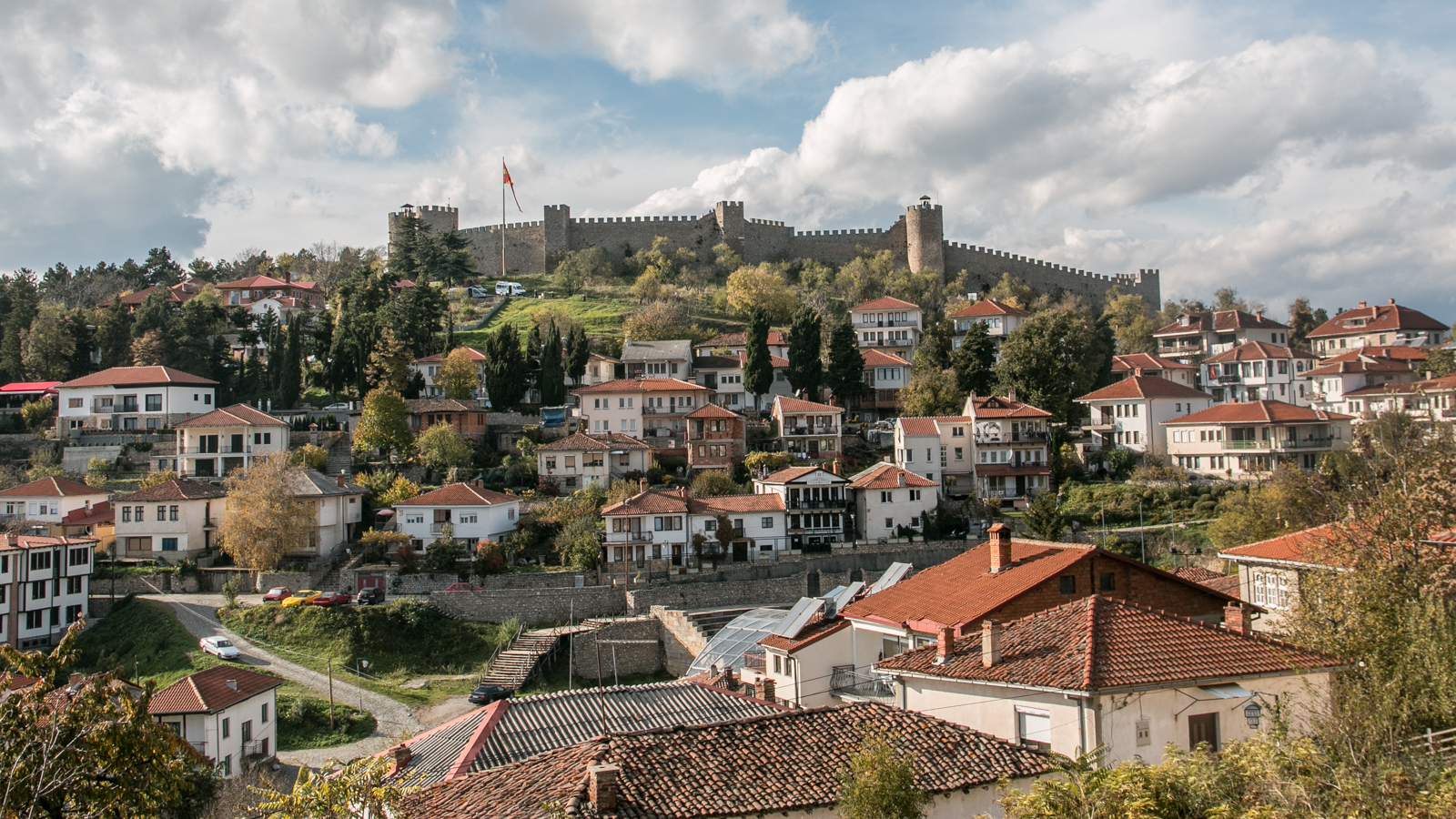 Of course, we didn’t. The girl working the front desk at the hostel greeted me with “I’m so sorry”, and I felt that first twinge of anxiety that would follow me for the next four years. It wasn’t the fact that that a racist, misogynistic, xenophobic, orange-tinged shitbag won the election. It was the fact so many Americans looked at this racist, misogynistic, xenophobic, orange-tinged shitbag and thought “yeah, that’s my guy.” 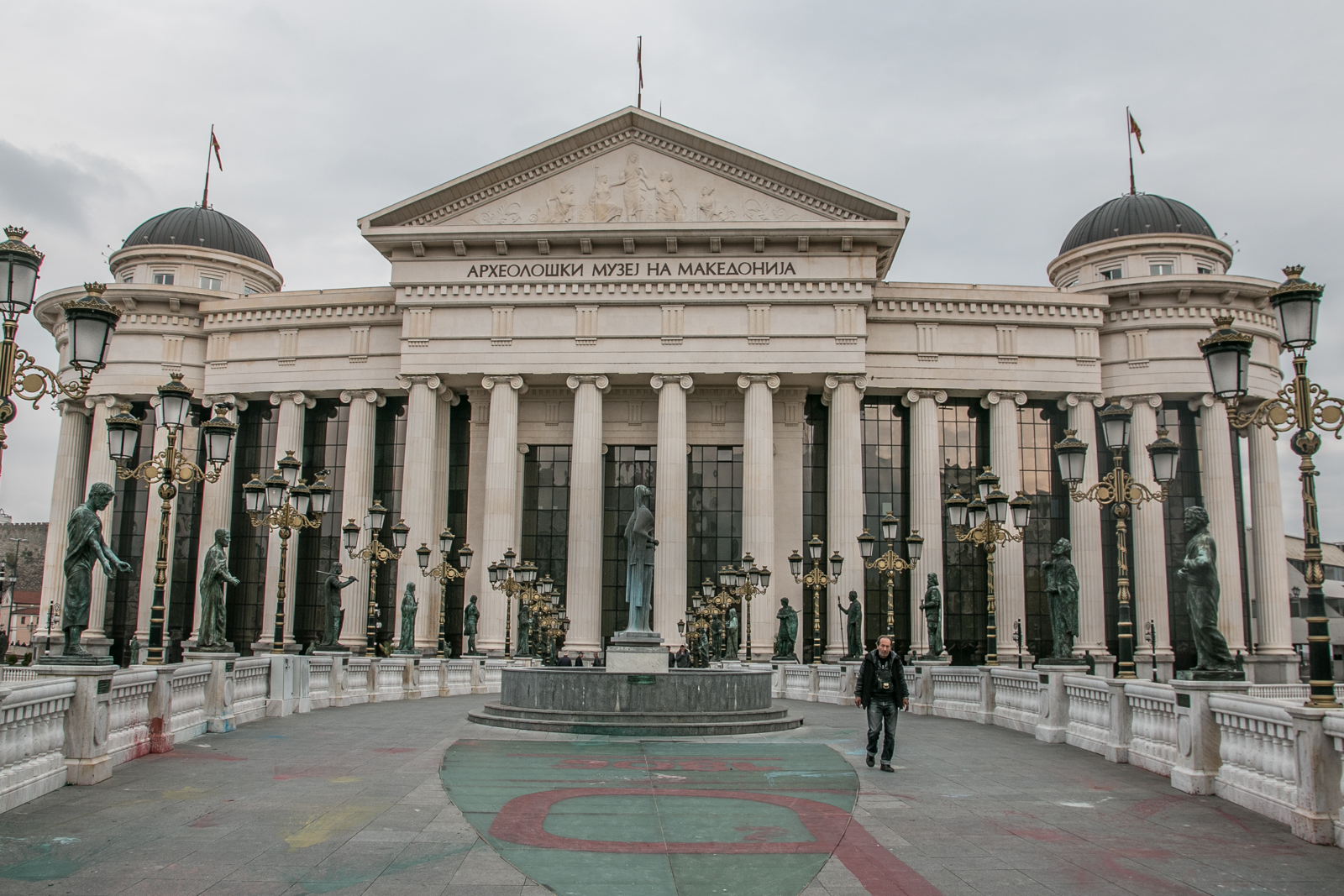 I went to a coffee shop on that first day and just sat there in sort of numbed silence. “Are you okay?” the server asked. “Because you’ve been lightly banging your head on the table.” She asked where I was from, and when I told her, she just said, “I’m sorry,” and brought me a free cappuccino. 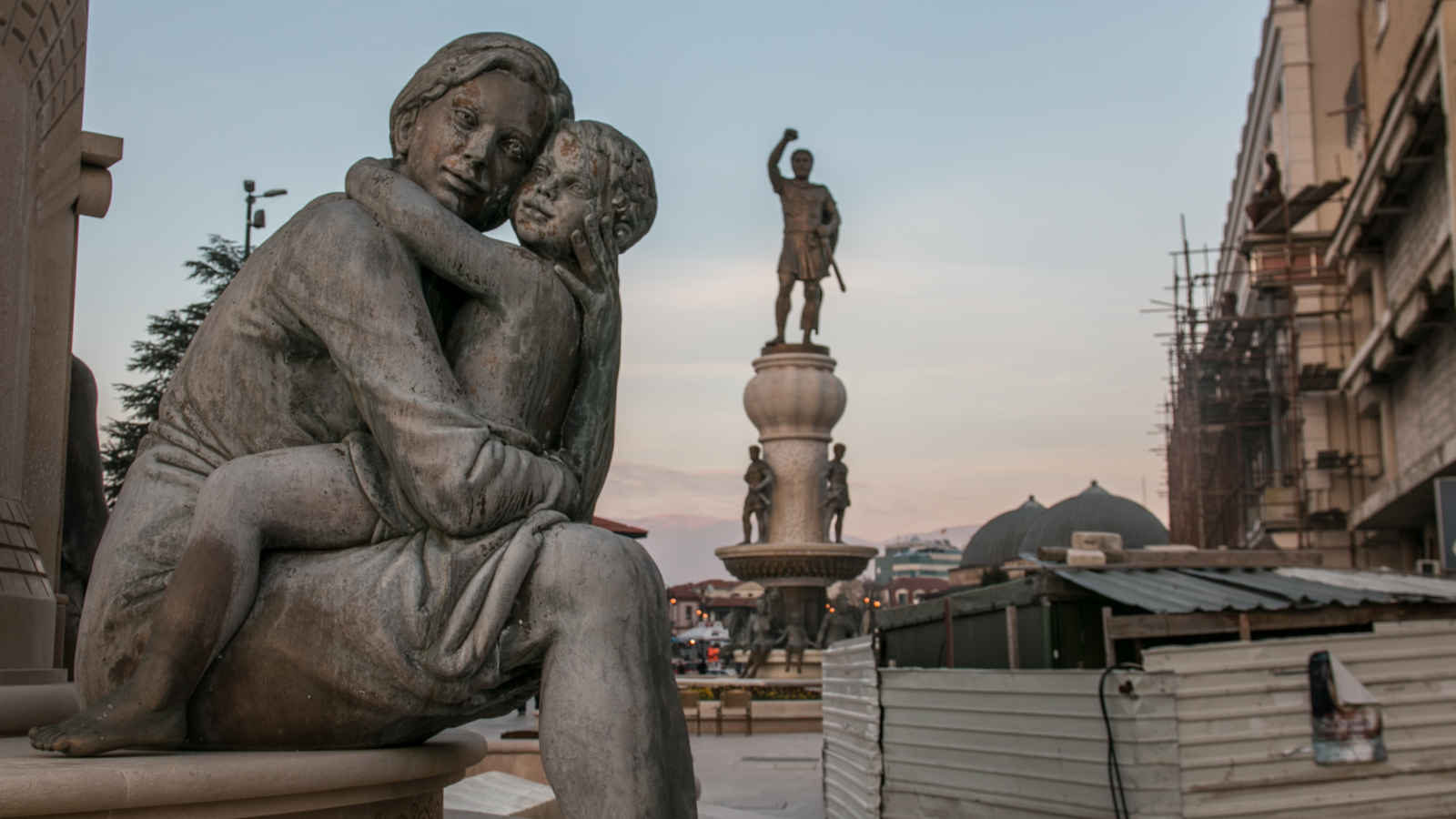 I did a lot of weird shit in Skopje. I went to a zoo alone on my birthday (not recommended) and followed that with dinner at a Macedonian Chinese buffet (also not recommended) . I went to the mall on a Tuesday afternoon and watched Dr. Strange in a nearly empty theater while day drunk (strongly recommended). I saw every terrible statue in the city (and there are dozens). I ate my weight in white cheese. I went to a barber who didn’t speak English and asked for a trim. He shaved my head.

There was a mountain, so I climbed it and pulled something in my knee. Google, the only doctor I could afford, told me it was either a mild strain or the onset of cancer and that the empty pit of despair in my stomach was depression. Or cancer. 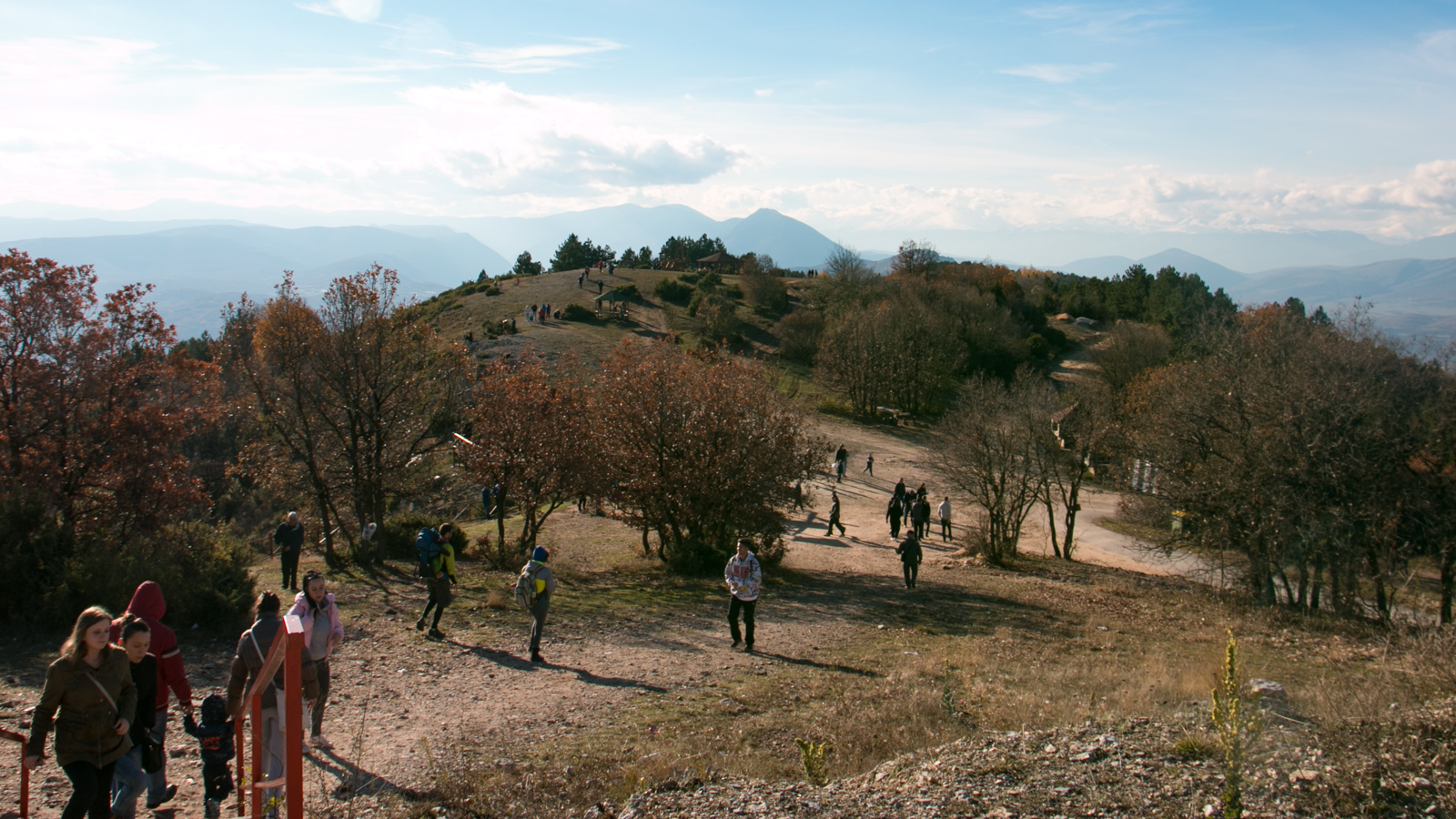 Then one day in the middle of December, my hostel closed for the season. I had been in Macedonia for nearly two months. I found a ticket back to the United States for $200, swapped all my festival gear for snowboarding gear, and headed straight back to Bulgaria for another ridiculous 100-day tour.

I was ready to travel again. All it took was a little time, a bit of compassion, and some sanctuary. 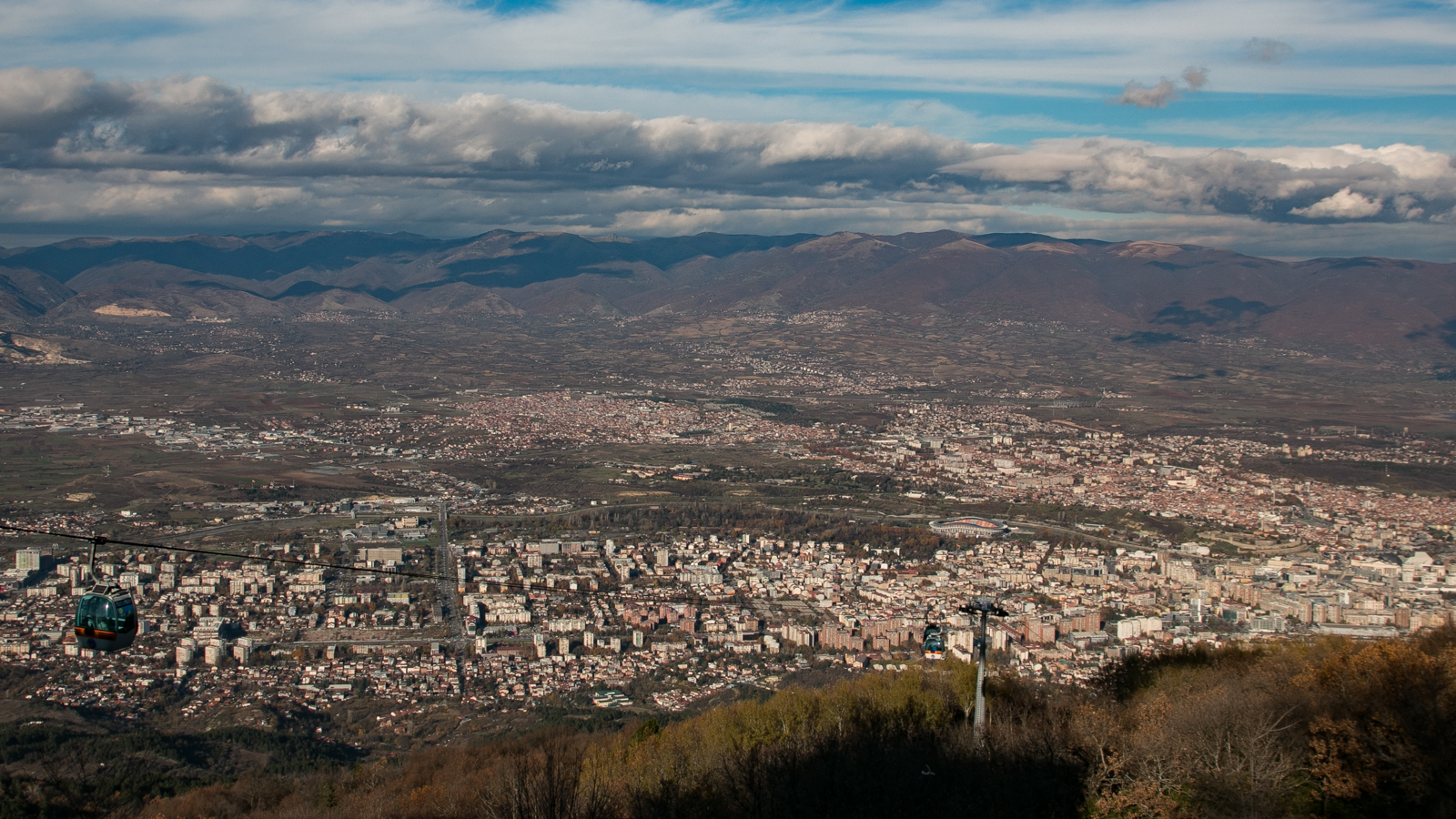