A giant tidal wave hits a tiny Norwegian fjord town. A German comedy about neo-nazis. An extended puppet sex scene with full frontal dudity. All this and more awaited me at the 15th annual Transylvania Film Festival in Romania.

I may spend most of my time hanging out at music festivals, but lately have been dabbling in film festivals. The college city of Cluj hosts ten days of wall to wall films, musical acts, special events, and of course, a crew of drummers suspended from a crane. I was able to swing by for the first five days, but plan on hitting up the whole experience next year.

Open air in the square: By far the best viewing experience is outside under the stars at Unirii Square. With cool nights, no bugs, and plenty of beer, this is an ideal place to catch a flick.

The only issue is a severe lack of bathrooms, not usually a problem, but when you’re watching a Norwegian disaster movie (The Wave) about a fjord collapse that causes a tsunami (yes, that apparently could happen) it can get uncomfortable watching rushing walls of water for two hours.

Everything in English: I worried that my terrible lack of foreign language skills would limit the fun. Turned out not to be a problem. International movies all have both English and Romanian subtitles — although even in English I still don’t follow the German humor in Heil.

TIFF is super afforadable: The majority of movies cost $2-$3 USD per film. Popcorn is around $1.25. It’s a stellar deal. At that price you can see everything. Even a Dutch documentary about a Belgium filmmaker making a movie in Africa that your friend tricked you into watching.  (50 Days in the Desert) 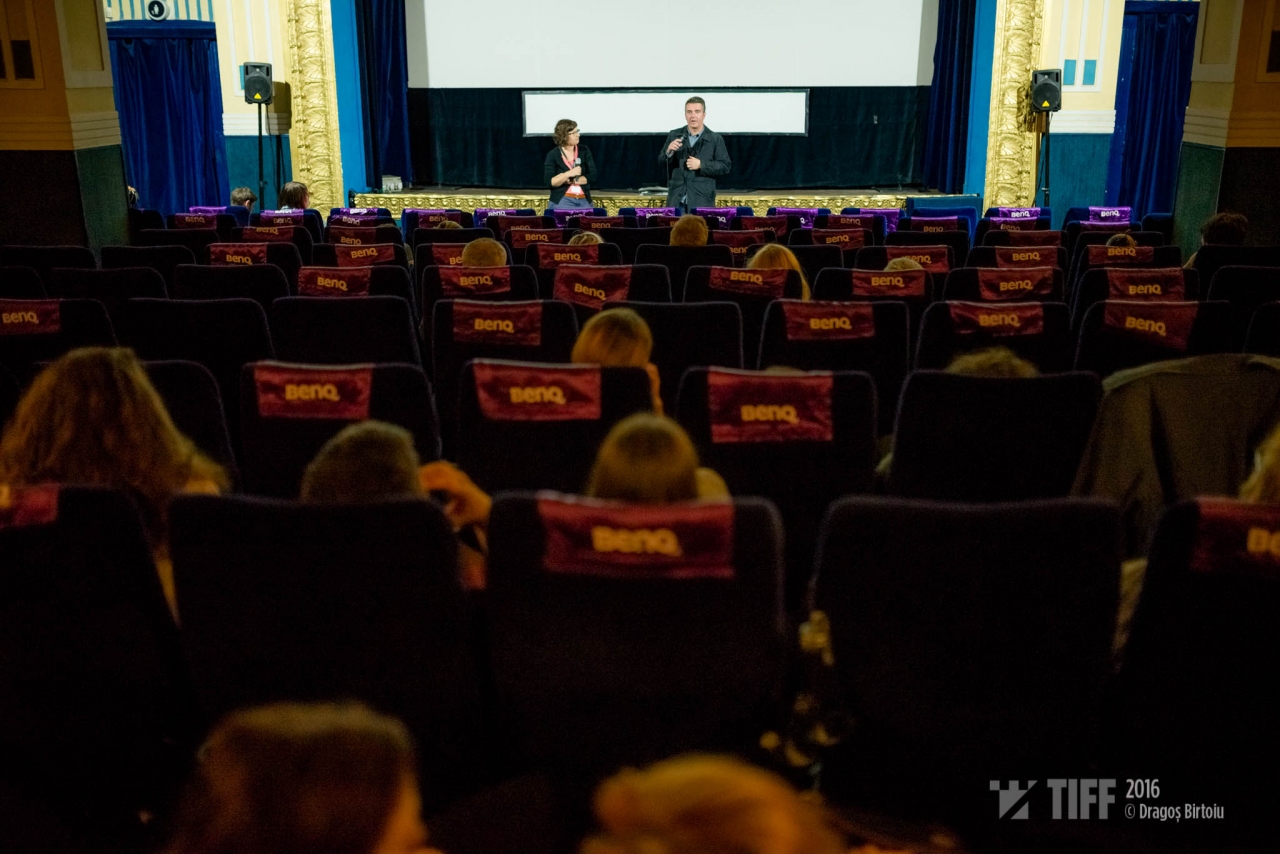 That’s me on the left definitely not slipping into a light coma.

The unofficial panel discussions: Cluj is stuffed with sidewalk cafes, perfect to grab a drink and try to explain what you just saw to others. A few out of context quotes from movies I didn’t see:

“It’s a Polish movie about an 11 year old transvestite.”
“And then she fed her period to the wolf.”
“He was a bullfighter who wanted to be a fashion designer.”
“I didn’t know the sex between the two men would be so specific.”

Other movies I caught:

Anomalisa: From Charlie Kaufman, and unknown to me before entering, entirely consists of animated puppets. I left for a moment and came back into a full blown extended puppet sex scene.

Maggie’s Plan: It’s not a film festival unless you have an indie flick with Greta Gerwig. Something about having a baby.

Truman: Spanish/Argentian movie about death, dogs, and friendship. Excuse me, I suddenly have something in both my eyes.