Lost, Found, Hunted: Adventures in the Mountains of Macedonia

I’m currently exploring Macedonia as safely as possible during the fall of 2020. For Day #13 of 100 Days of Travel, I’ve left everything but the essentials behind in Prilep for a two-day trek in the Jakupica mountains. 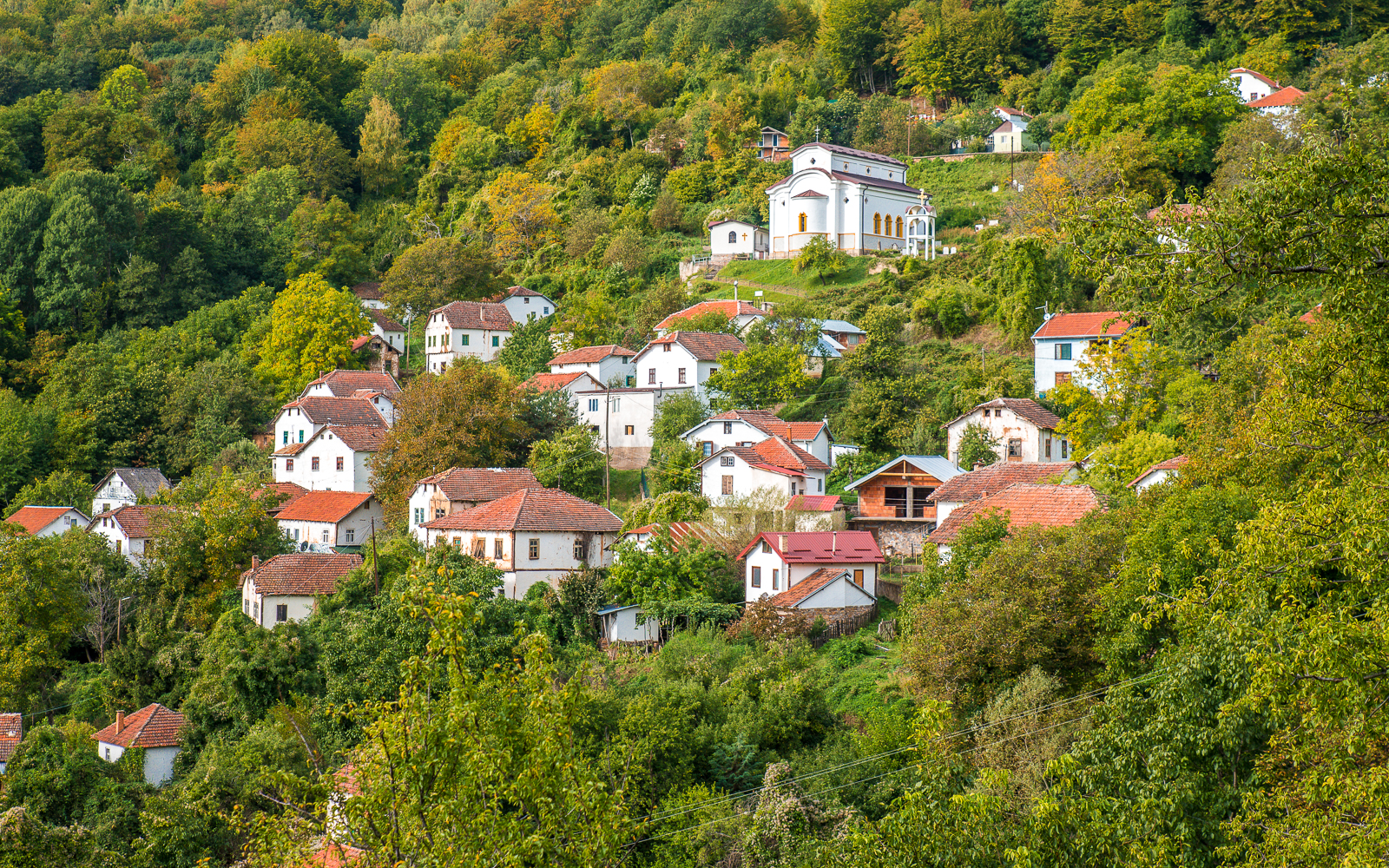 A gunshot rings out across the mountains.
“What are they hunting?” I ask my host.
“Wild boar.” He pauses, takes a sip of rakia. “And Americans.” 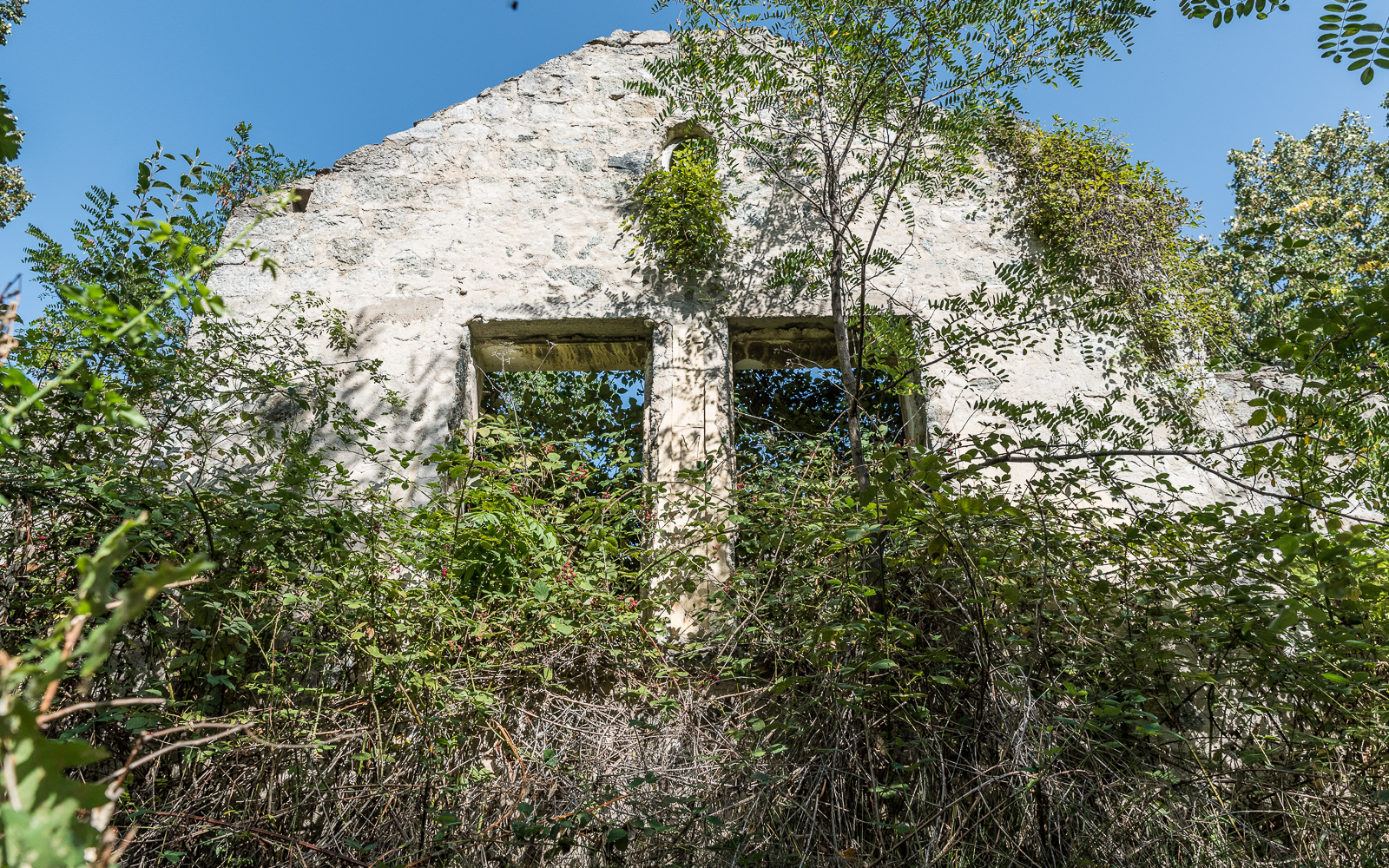 I got off the train earlier in the day at Oreshe. I’m greeted by a crumbling train station and a wall of dense forest. There is no trail, no markers, or any indication which way I should walk. My map says there is a dirt road 700 meters to the east so I set off into the trees. I’m told later that I have experienced “typical Macedonian hiking.” I’m also told that I got off at the wrong train station. 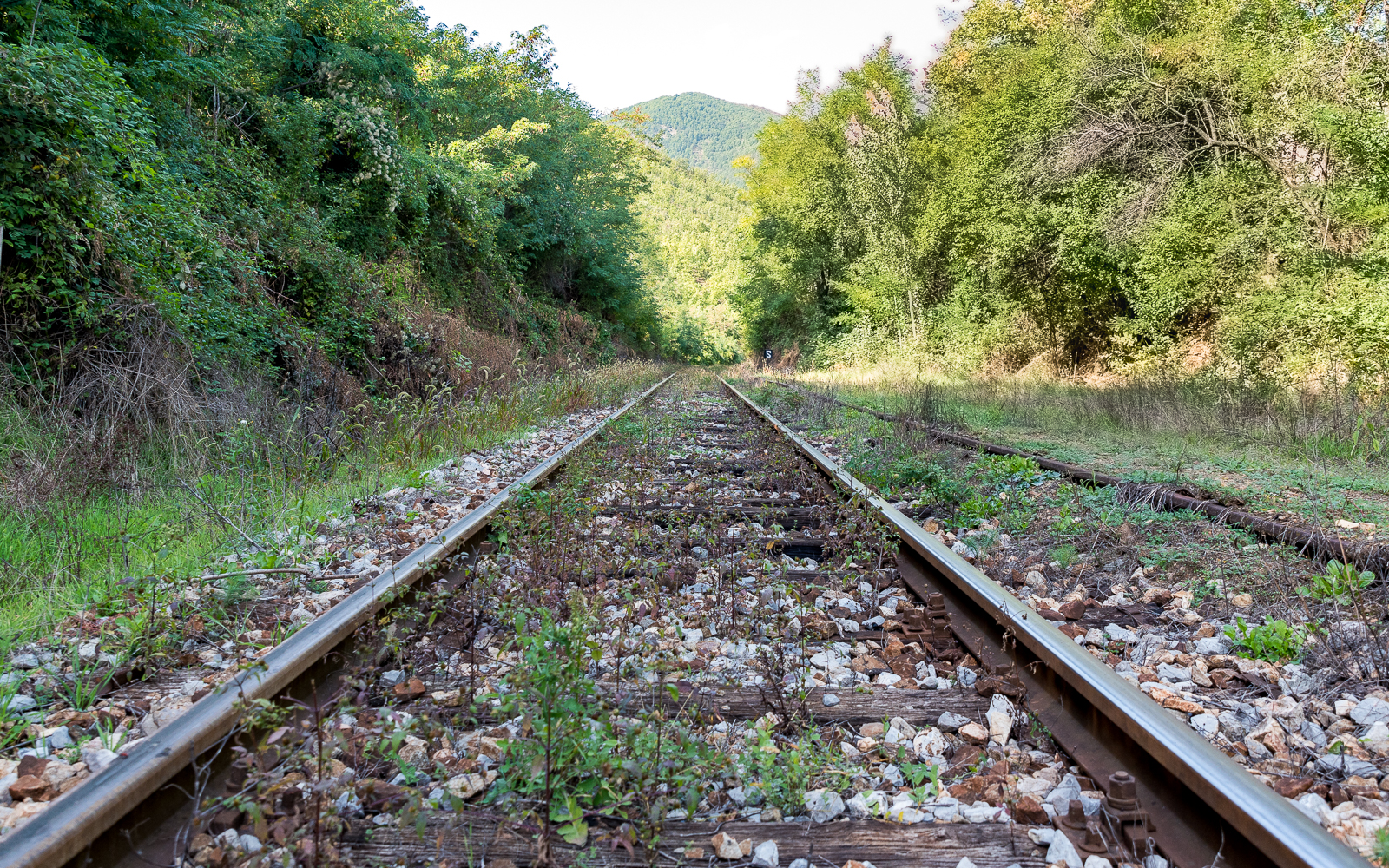 I am trying to make my way the Ceples Hut, the closest base camp to the mighty heights of Solunska Glava and one of the highest peaks in Macedonia. There are a number of routes in the area, but I’m keeping my options open-ended, and by open-ended I mean that I have no little idea of where I’m going. 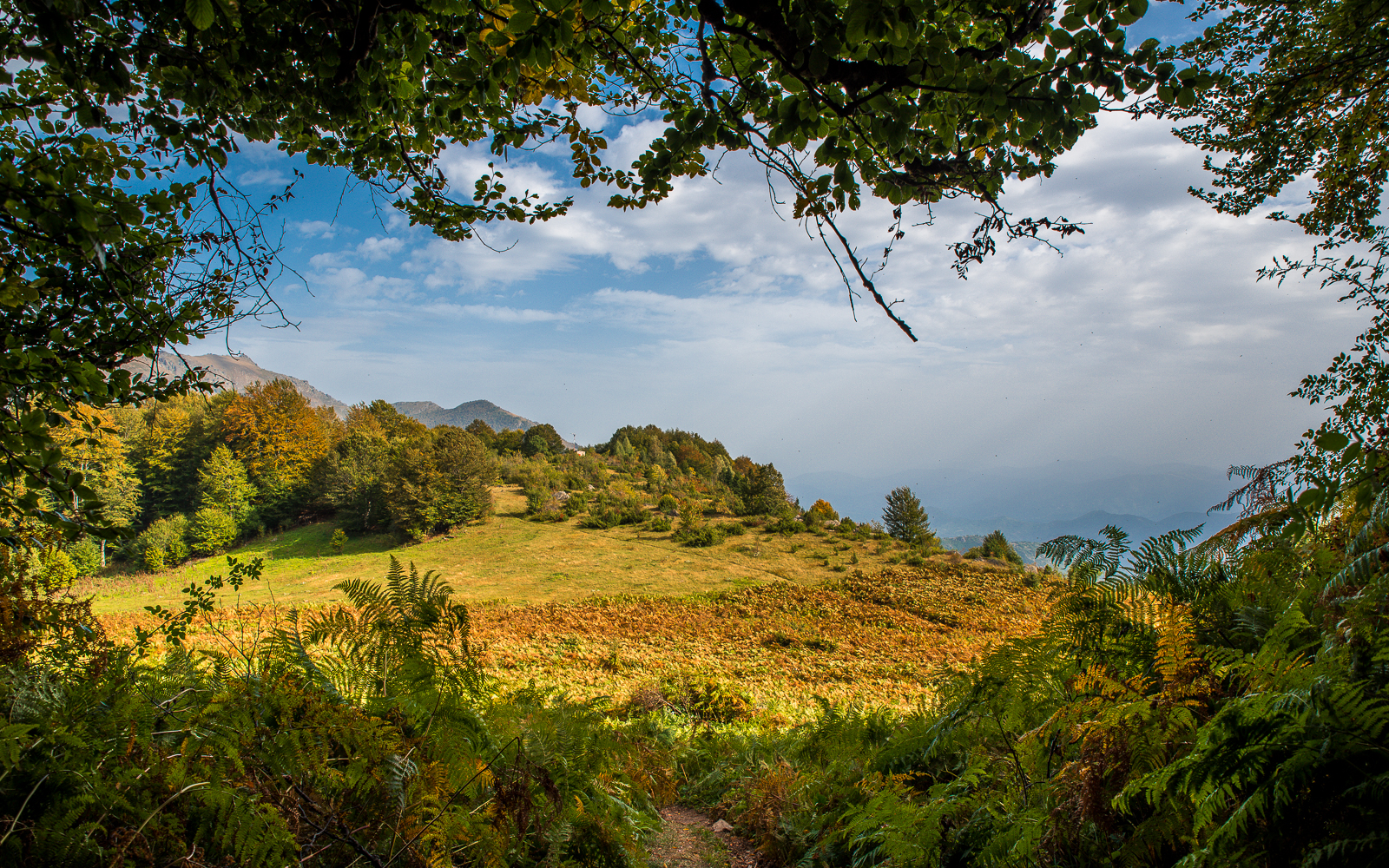 By the time I reach the road…(no wait, turn around, this is the wrong way again). By the time I reach the right road, it’s nearly three-thirty in the afternoon. My options for arrival at the Oreshe ghost station consisted of an ambitious 4:30 am, an extremely late 8:30 pm, and a plausible 2:15 pm. Opting for the afternoon arrival, I reasoned that four hours was more than enough time to reach my destination before sunset. I might even get there in three hours, I optimistically told myself before I spent the first hour getting stuck by every pricker in the woods. 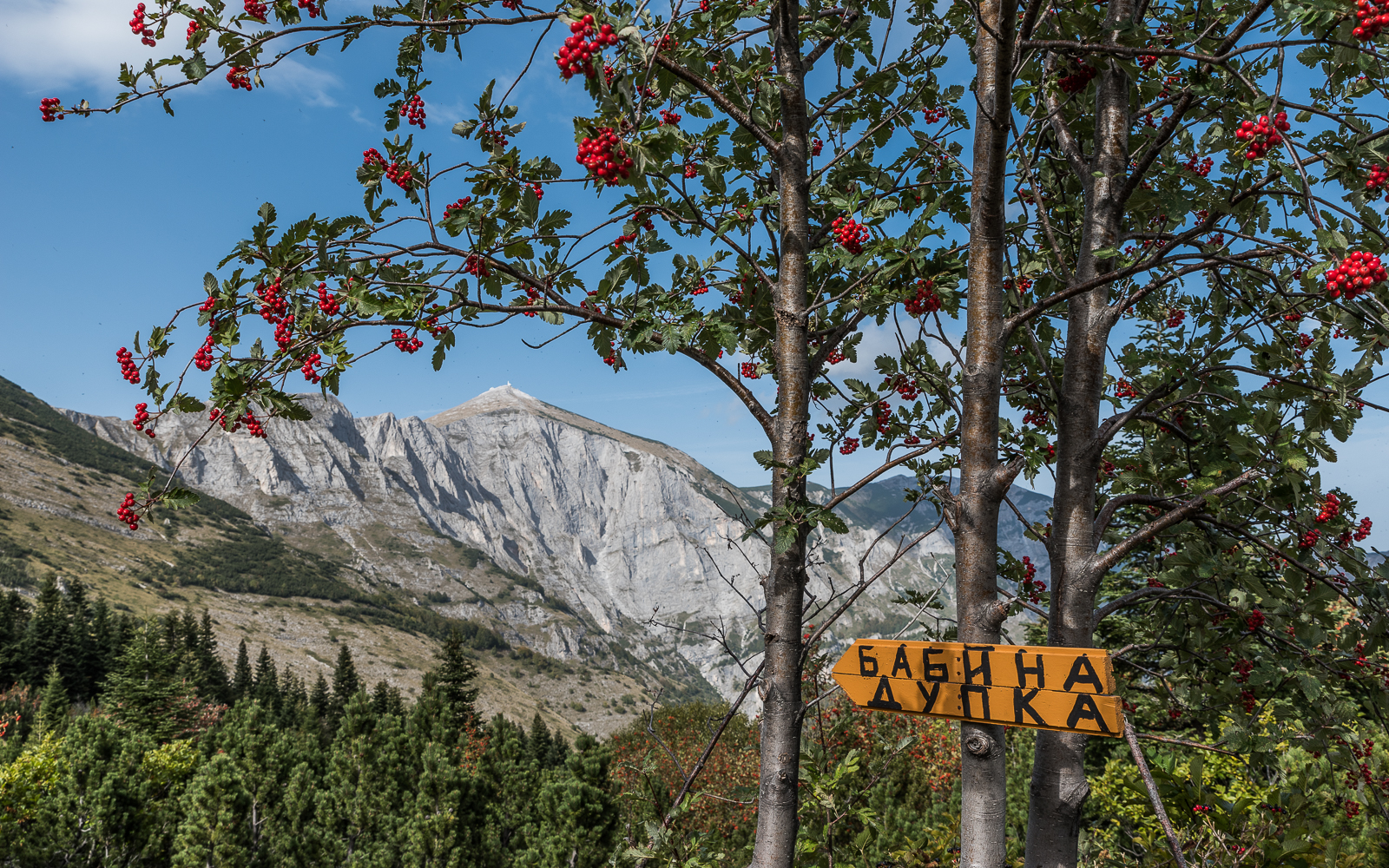 In the village of Nezhilovo, I see two guys with guns leaning against their pickup truck. I will learn later that today is the first day of hunting season. I feel like I’m in Vermont except they have hunting dogs who are mixing it up with the stray dogs that live in town. I’m in the middle of what looks to be an epic dog fight so I duck back into the woods.

Outside the village, I almost immediately lose the trail. Villagers have been cutting the small trees for firewood and have inadvertently created a maze of paths. After a few missteps I find the faded trail markers. It disappears a few more time, but I always manage to track it down. It will only take me about thirty minutes of walking straight up to figure out that it’s the wrong trail.

I should note here that I am completely prepared to spend the night outdoors. I’ve got a tent, sleeping bag, and warm clothes in my backpack. I’ve checked the weather and it’s clear skies for the next 48 hours with temperatures well above freezing. There are plenty of spots to safely camp and I’m even prepared for hunting season with my bright orange coat and even brighter orange tent. 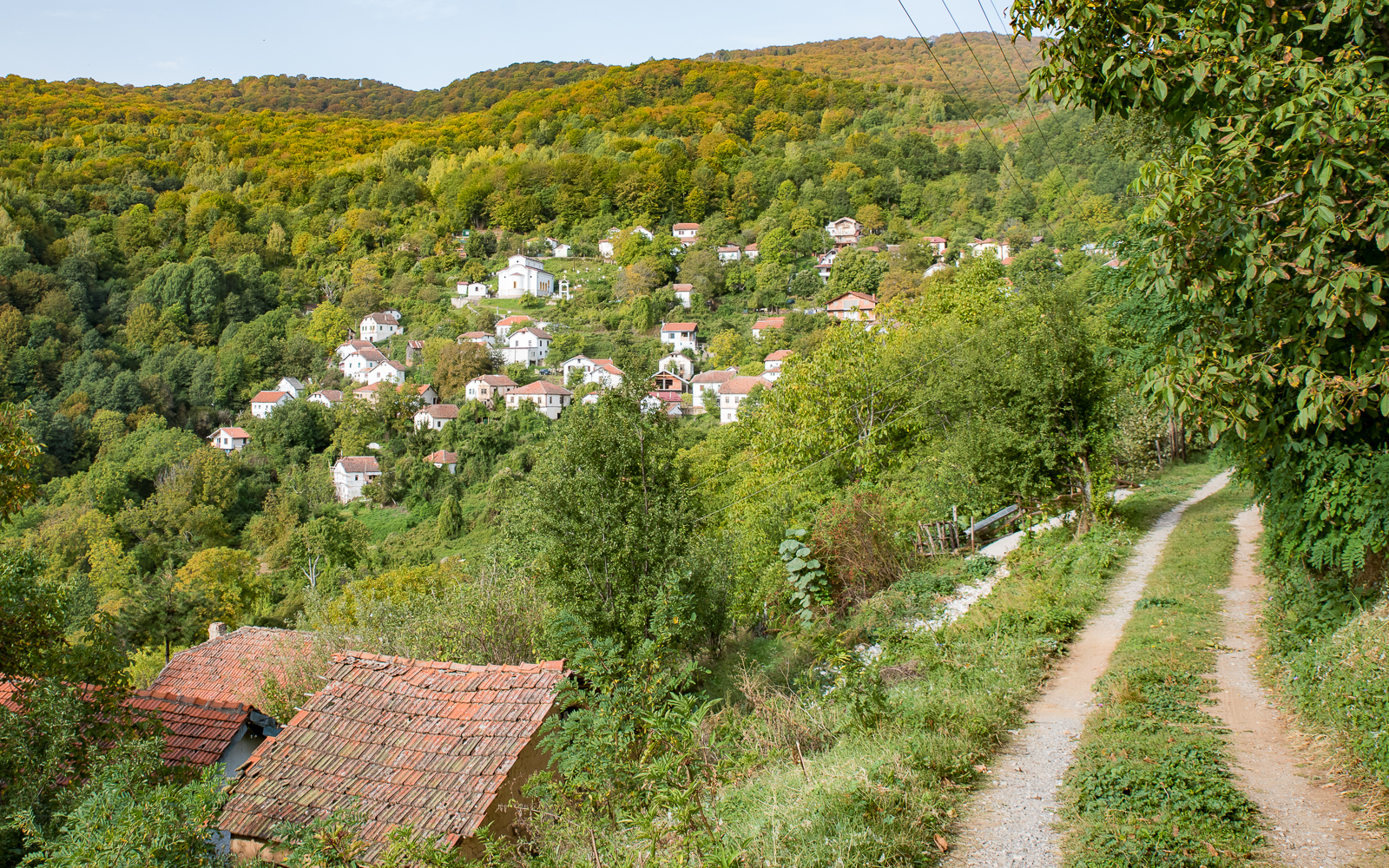 My accidental side-trip to the the tiny mountain-side village of Papradiste is as delightful as advertised. I’m not feeling as optimistic with my chances to reach Ceples before dark, but decide to push on and camp outside the village. I’m scoping out places to sleep in a potato farmer’s fields when I run into one of the last day hikers coming down from the mountain. 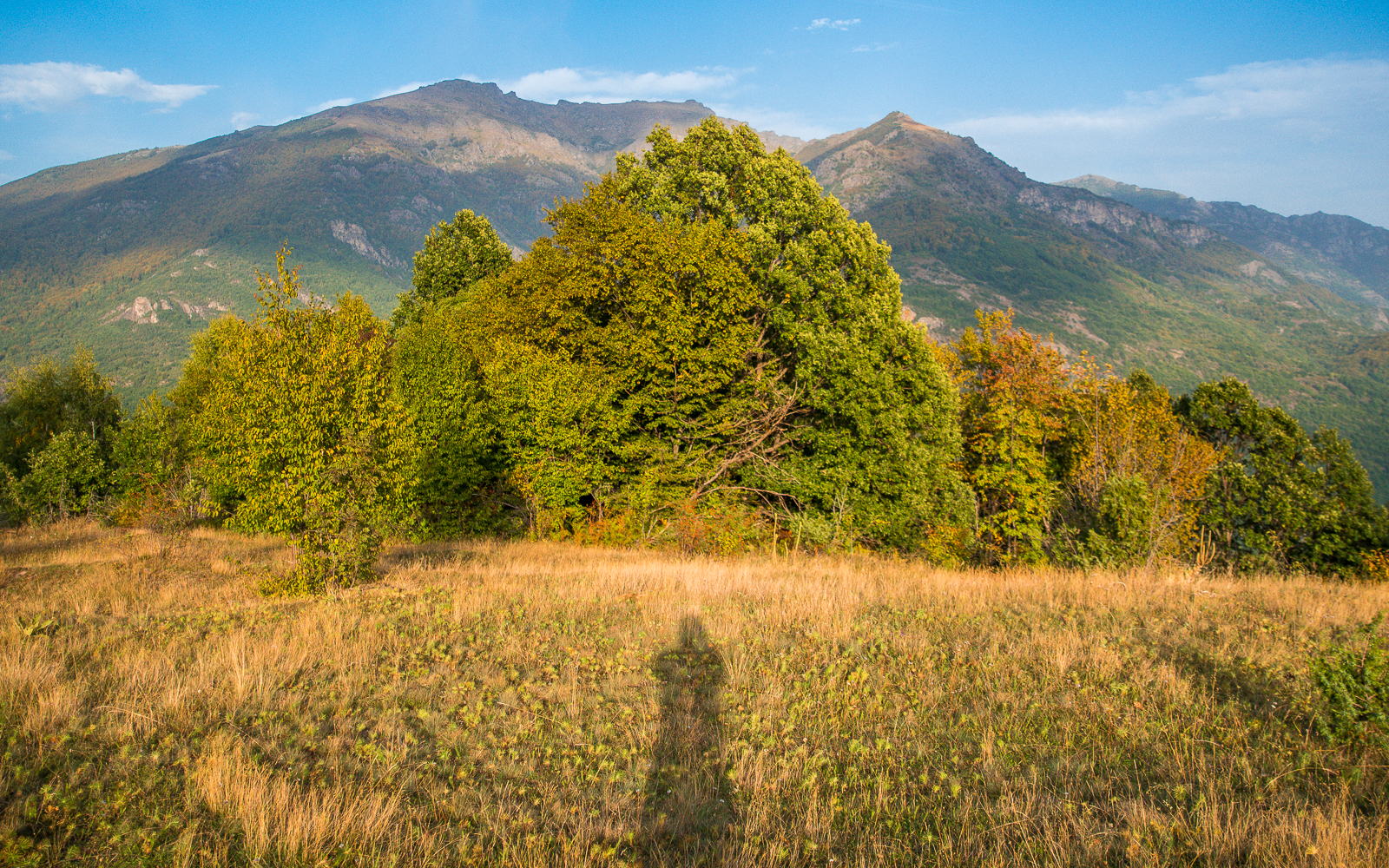 “Did you know you just passed a mountain hut 15 minutes ago?” she asks. I did not and she calls them up and sorts me out a bed. We walk back down together and in under an hour I find myself spending the night in an abandoned schoolhouse with good company, lots of local food, and what feels like an unending flow of rakia – the real kind that you get from the village, not from the store. There’s even a campfire and a guy with a guitar. This feels more relaxing than being locked in an apartment in the city for six months. 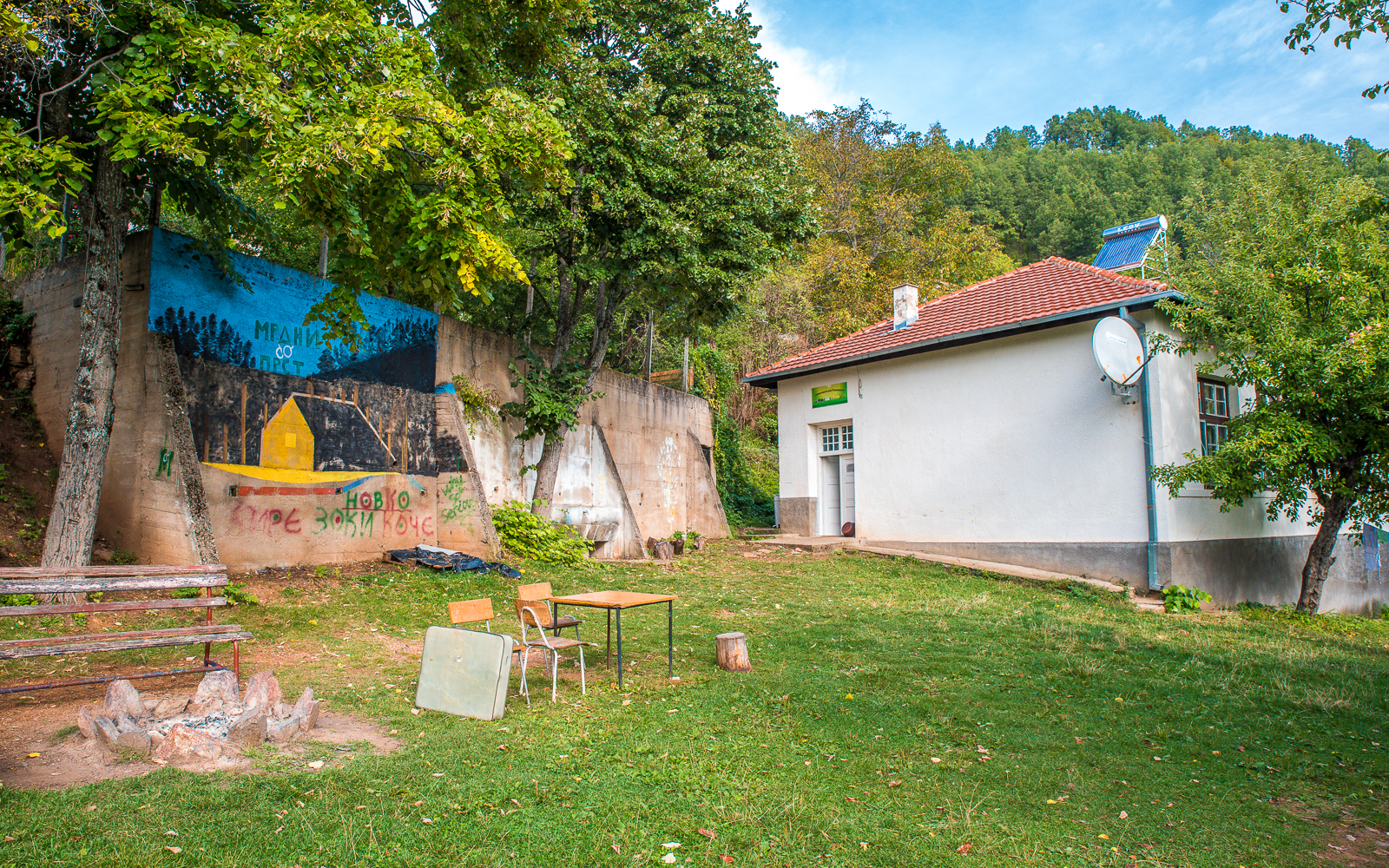 So a ghost train station, a few wrong turns, a bit of adventure, and an epilogue with a warm bed on cold night with a belly full of moonshine and good cheer in what I assume is a totally haunted schoolhouse. I’m calling that a good day and will head onwards and upwards tomorrow. 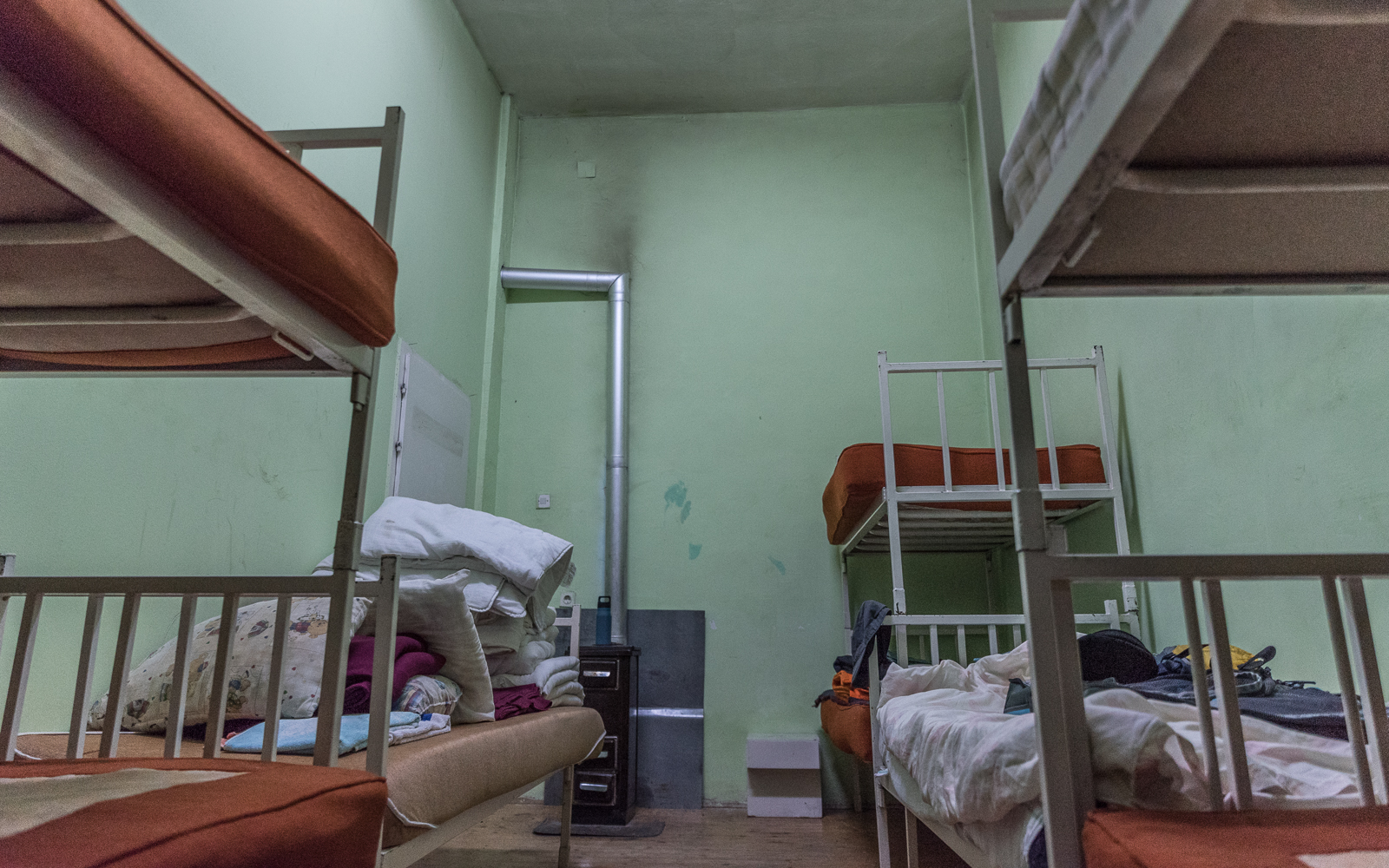