Welcome to 100 Days of Travel, where I’m traveling safely across Macedonia. For Day #41, I’m taking a closer look at the controversial Skopje 2014 project, a 650+ million euro attempt to revitalize the city center. 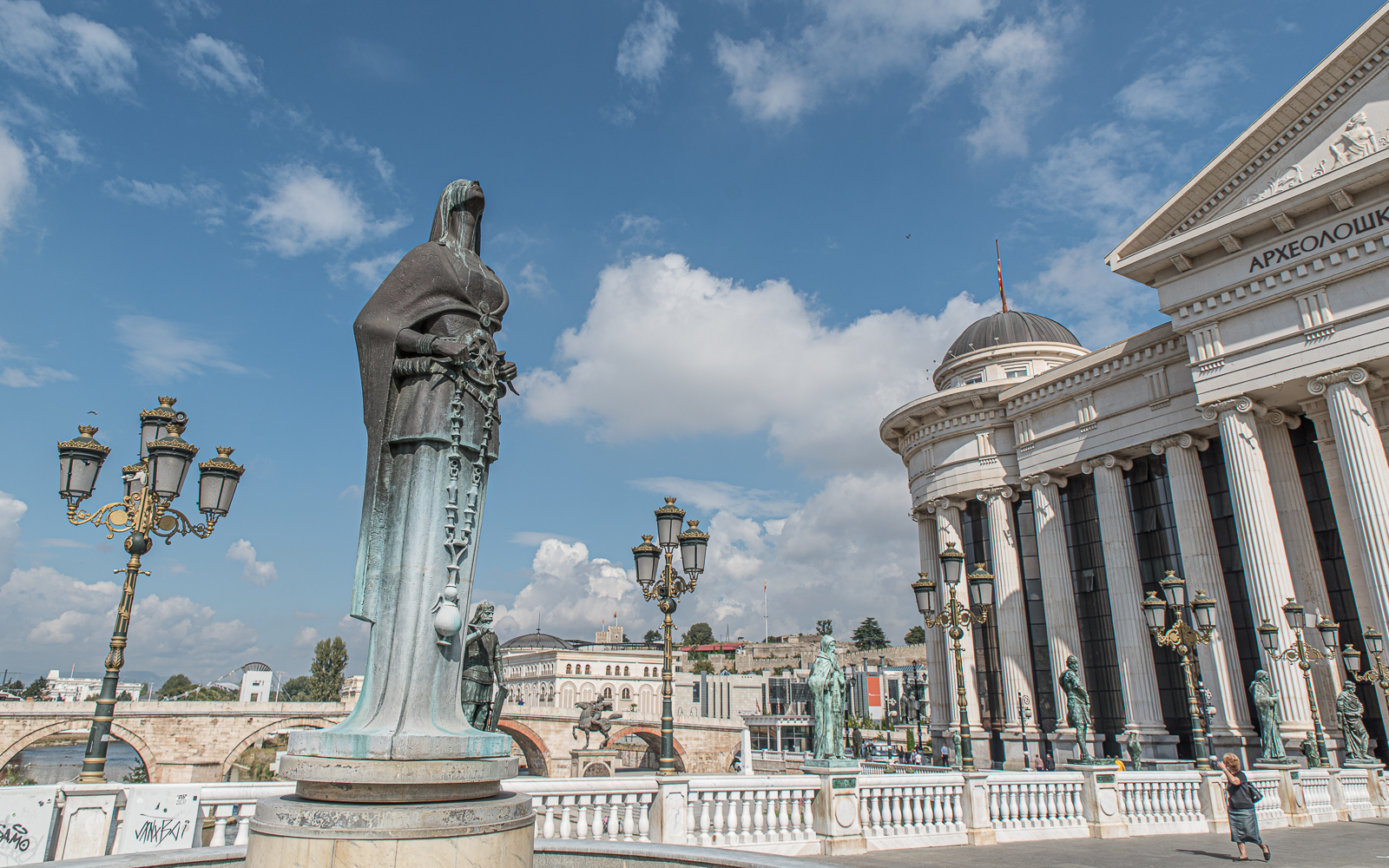 The original premise of Skopje 2014 was to revamp the capital city with a more classical appeal. Dreamed up by the nationalistic VMRO-DPMNE party, the original project had a price tag of €80 million in 2010 which quickly ballooned to €560 million by 2015, and currently sits at €684+ million according to this report last updated in 2018. And that’s just the construction costs. The continuing price tag for security and maintenance of the Skopje 2014 project continues well into 2020. 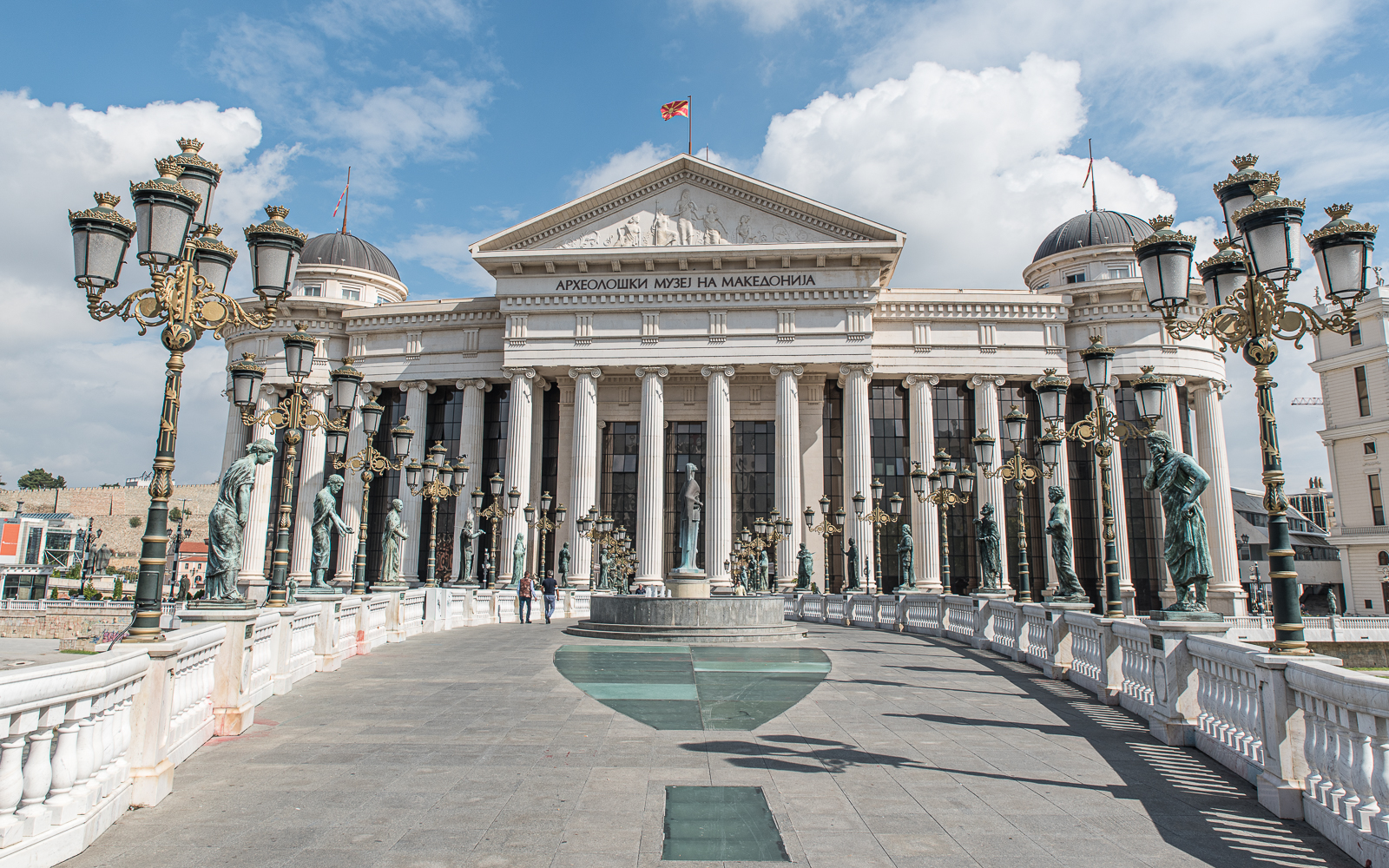 The project has been rightly criticized by locals who feel the money could have been better spent on improving infrastructure or working on Skopje’s dangerously high pollution levels. Instead they got a strange collection of sculptures and monuments including a tribute to the Arc d’Triomphe and the Wall Street Bull. 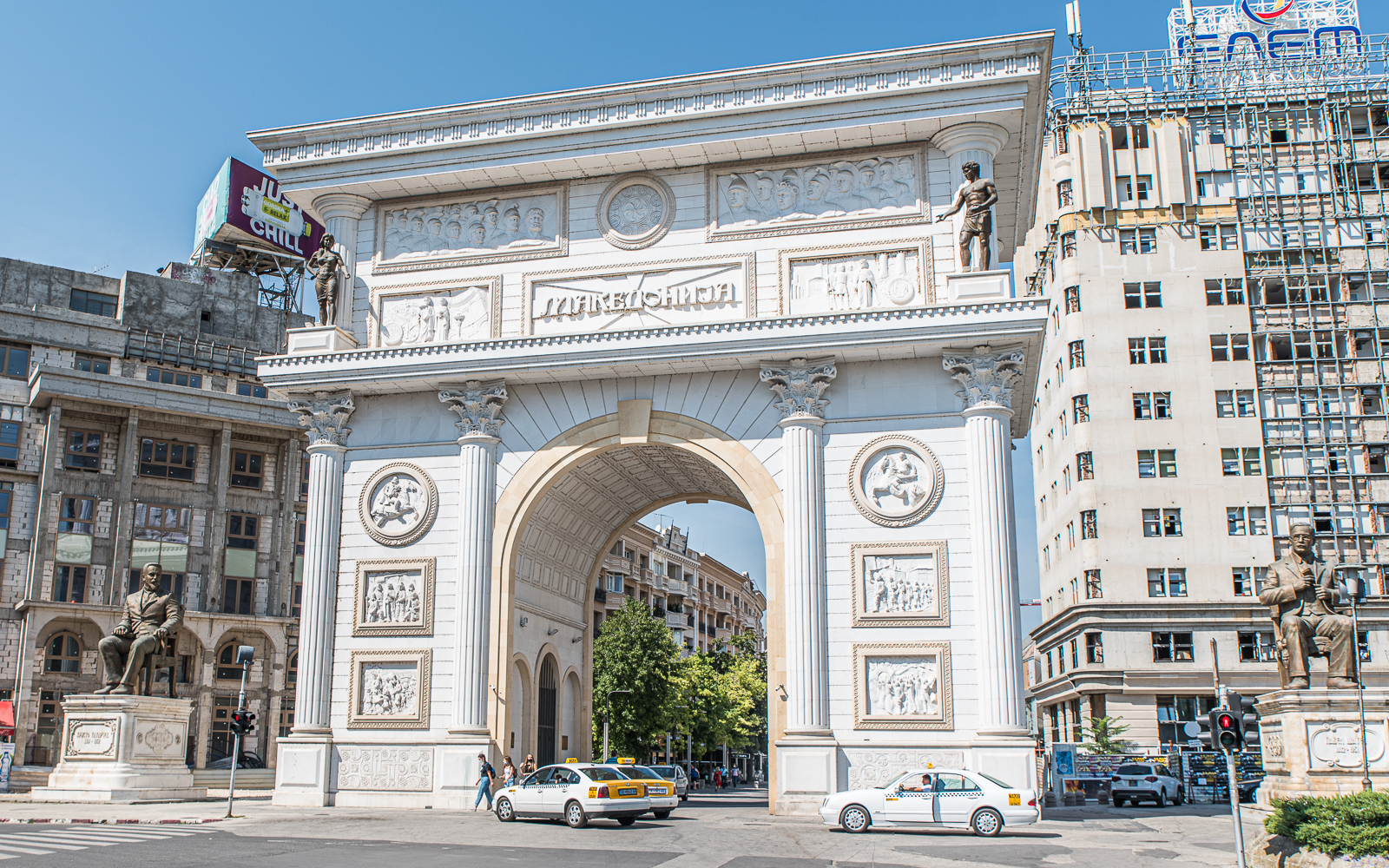 On top of the astronomical costs, the actual construction of the buildings is downright shoddy. Those soaring marble pillars? They echo hollow when you knock on them. Same for the brick wall. The National Theater is already falling apart, revealing Styrofoam instead of concrete and gaping holes in the ceiling. It’s almost like slapping a cheap façade over your actual problems only covers them up instead of solving them (an apt metaphor for a lot of Balkans). 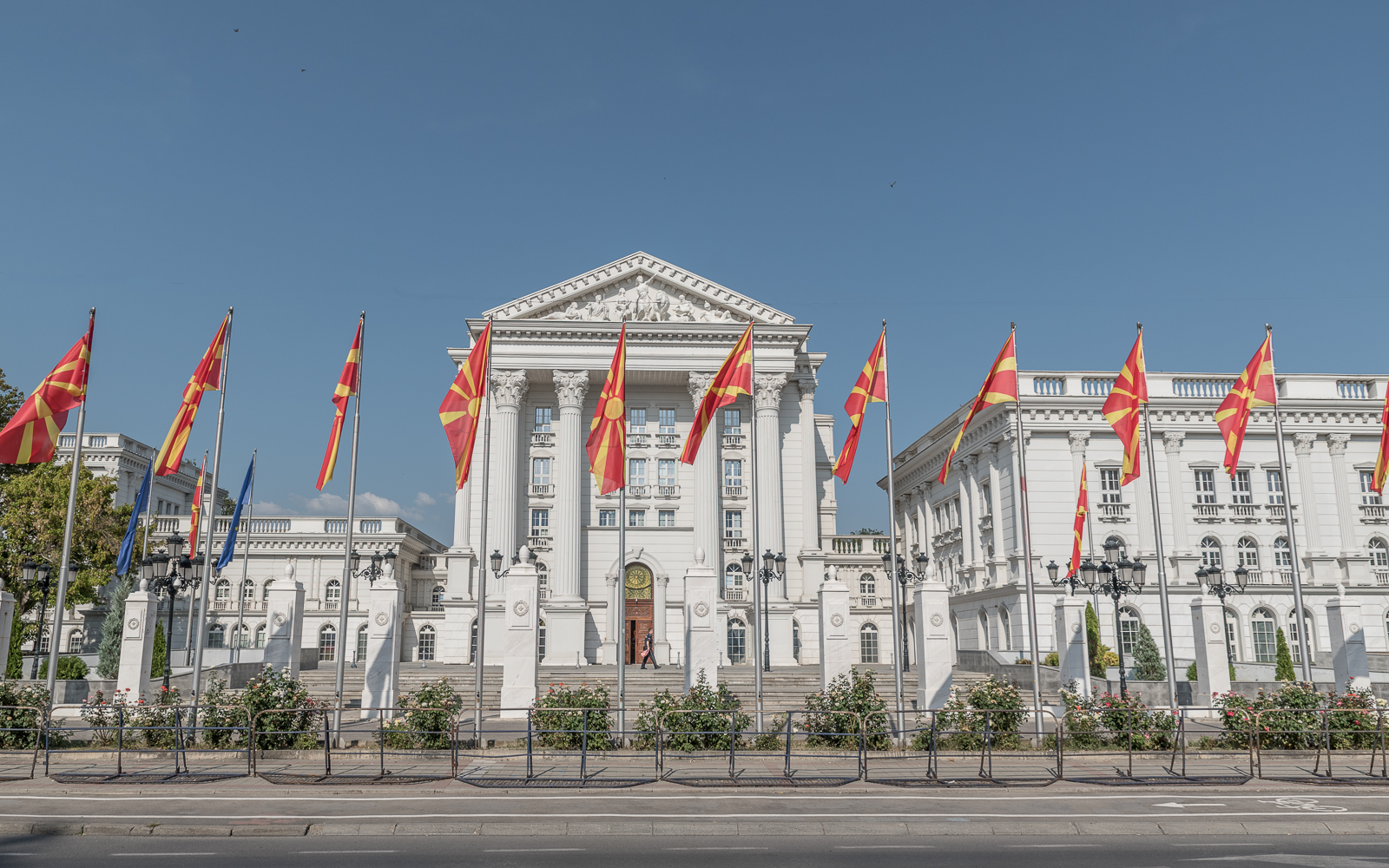 Personally, I’m more of a fan of the earlier redesign by Kenzo Tange, a Japanese architect who created a unique city plan after the catastrophic earthquake of 1963 levelled the city. Working with Macedonian architects and builders, the cityscape they created is both surreal and like nothing else I’ve seen in Europe. It also seems far more capable of withstanding another city shattering earthquake. There have been four small ones in the short time I’ve been here in Macedonia, so not such an outlandish idea that Skopje should prepare for another big one. 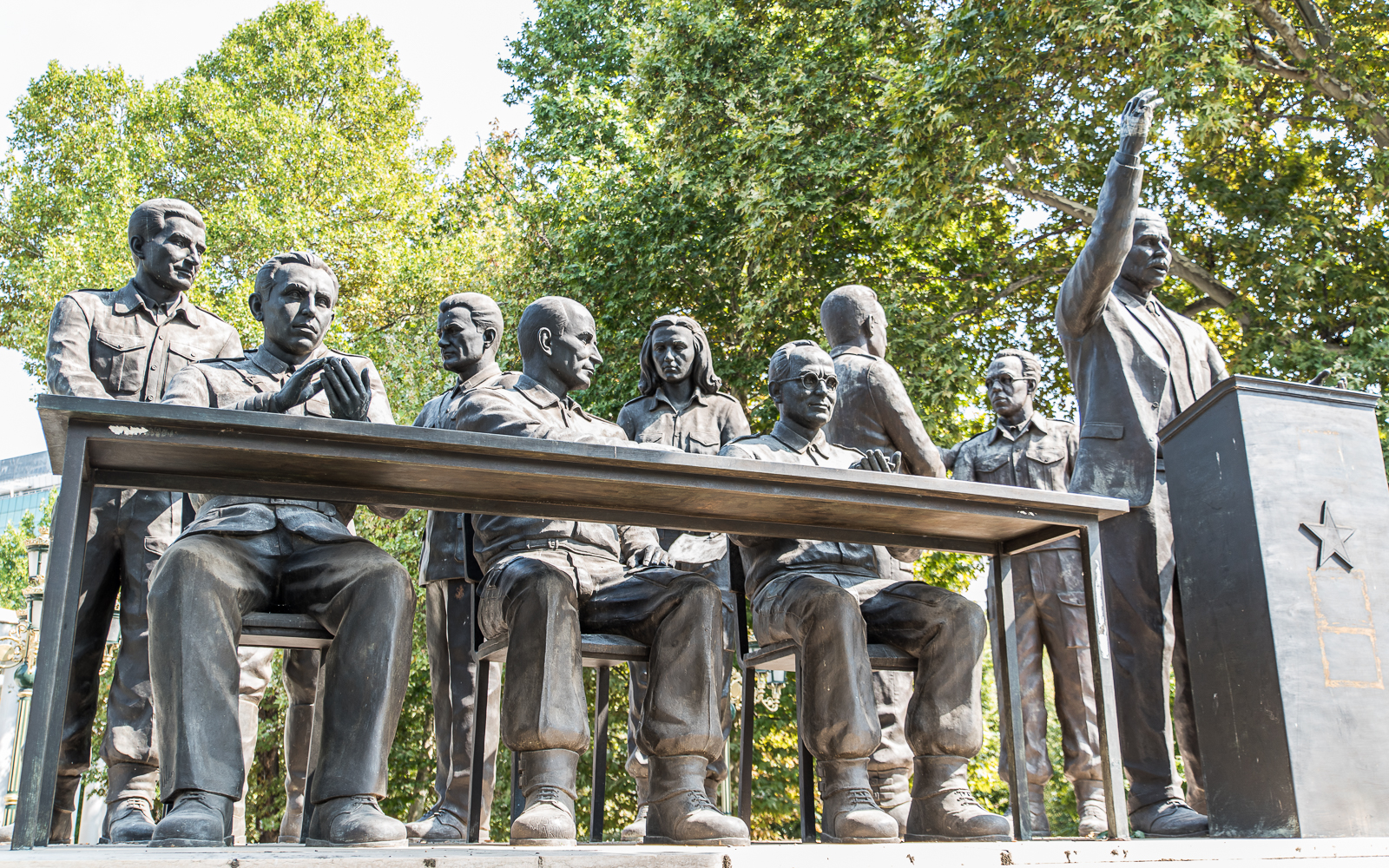 In the end, the government inadvertently got what they wanted. Skopje did receive international attraction and an increase in tourism, although probably not the type of headlines they were hoping for. Skopje has been described as the “Capitol of Kitsch”, quirky, and unusual. For a traveler, it’s definitely one of the more interesting cities I have visited in Europe. 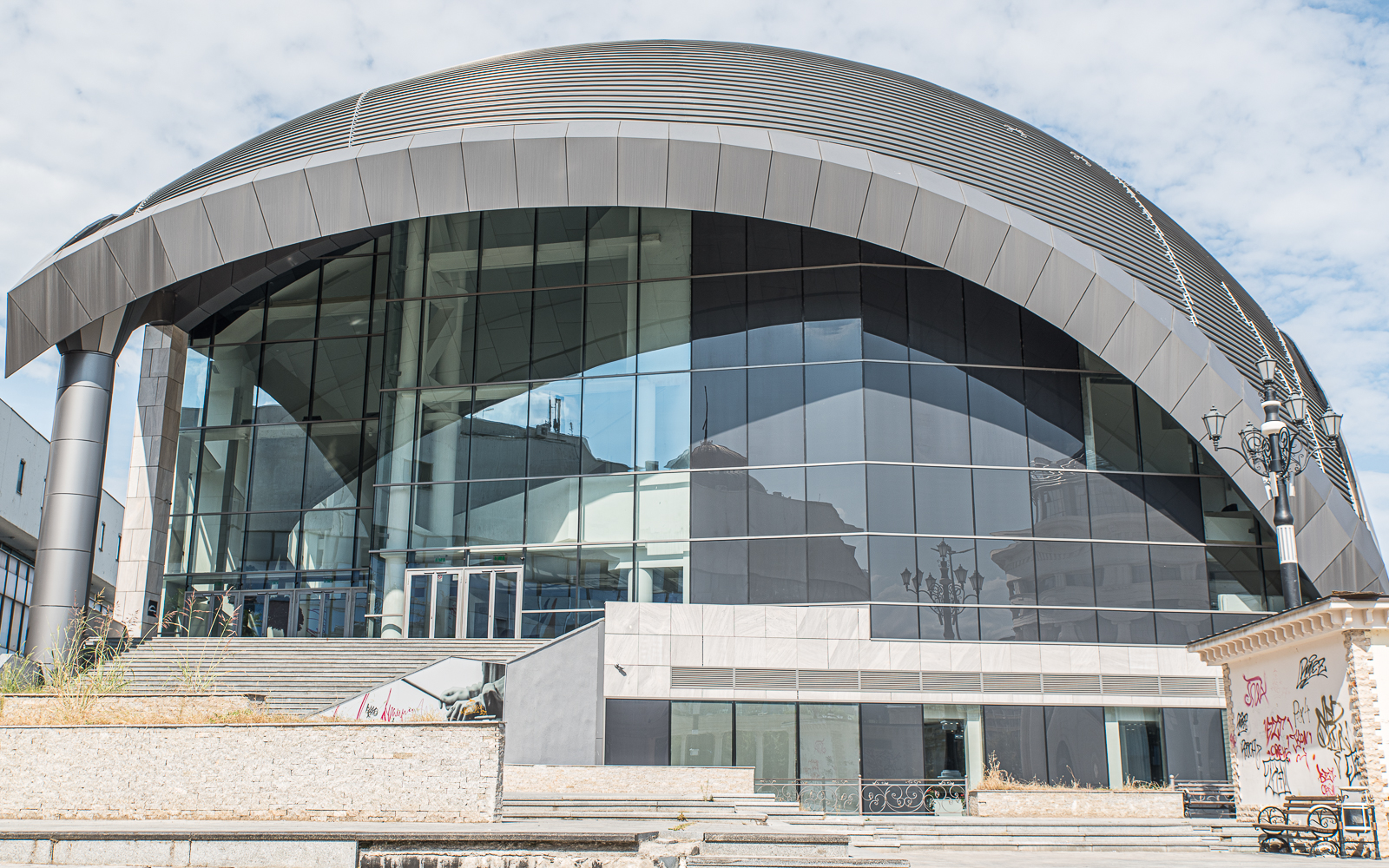 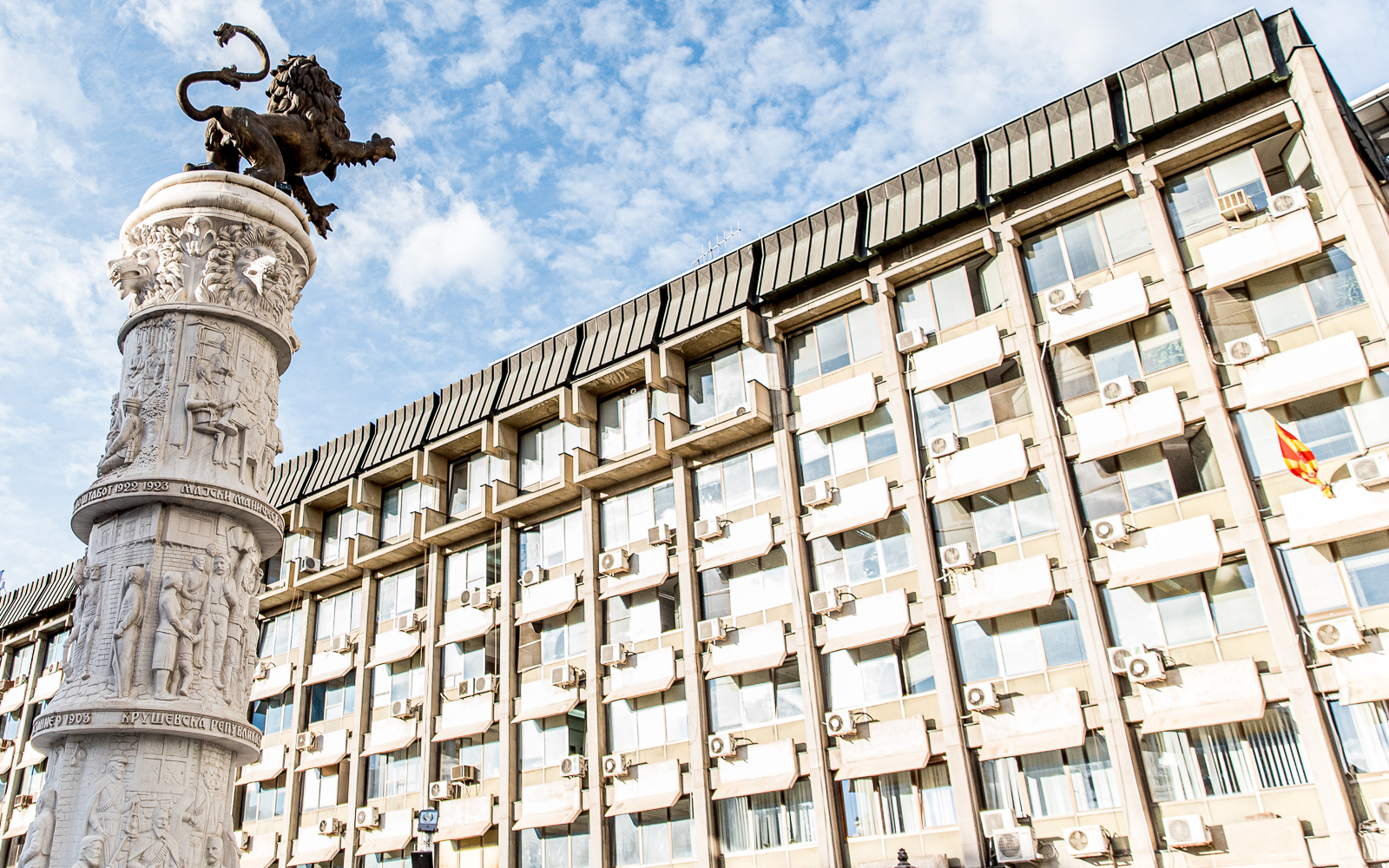 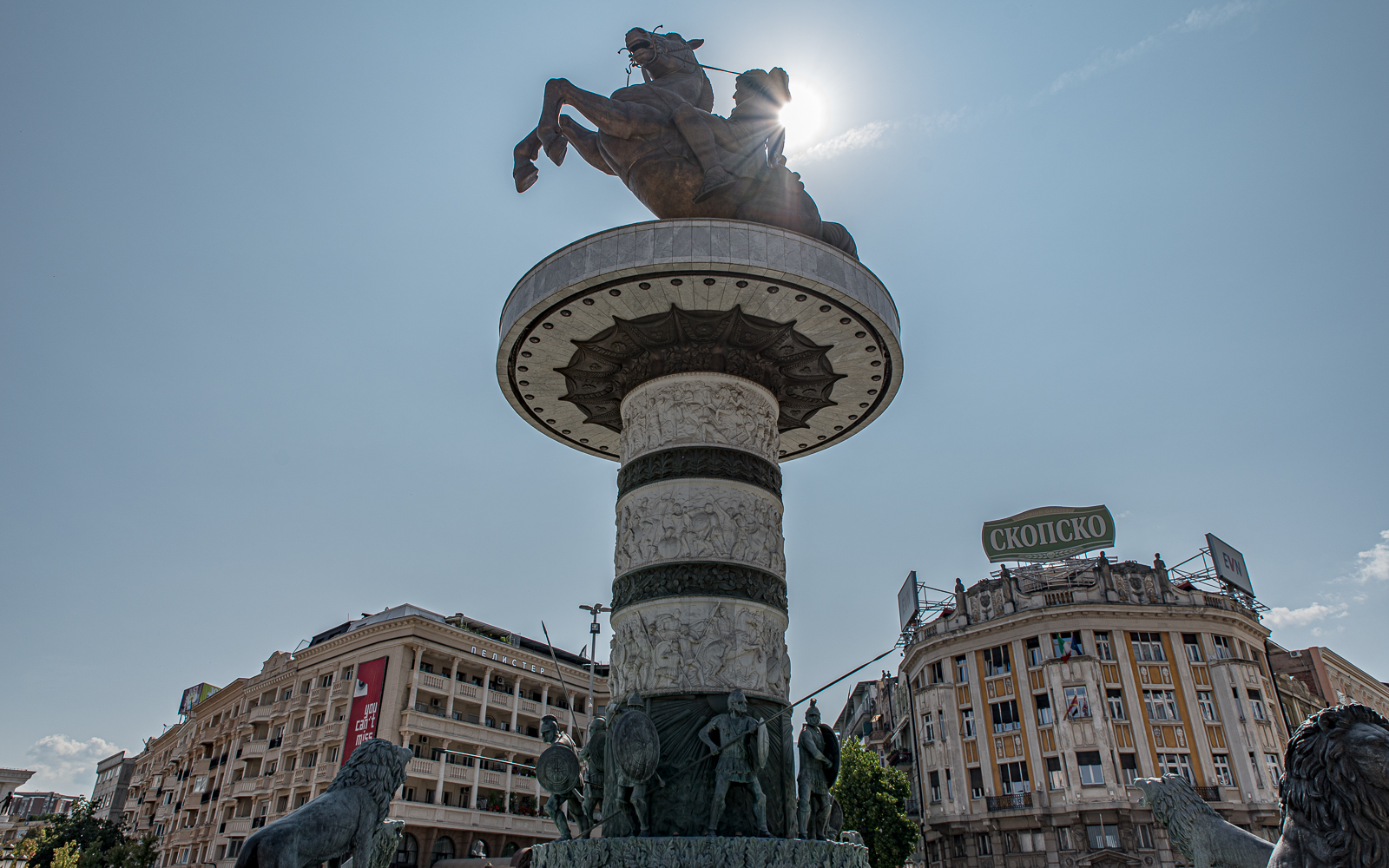