The sun came out for exactly one day while I was in Uzice and I took full advantage by wandering aimlessly around the city and accidentally embarking on a ten kilometer hike. I came across this “Rails to Trails” project that had converted the old railway line into a comfortable bike path. I spent Saturday walking through old train tunnels, talking with locals, and enjoying the fall colors of the Đetinja River Canyon. 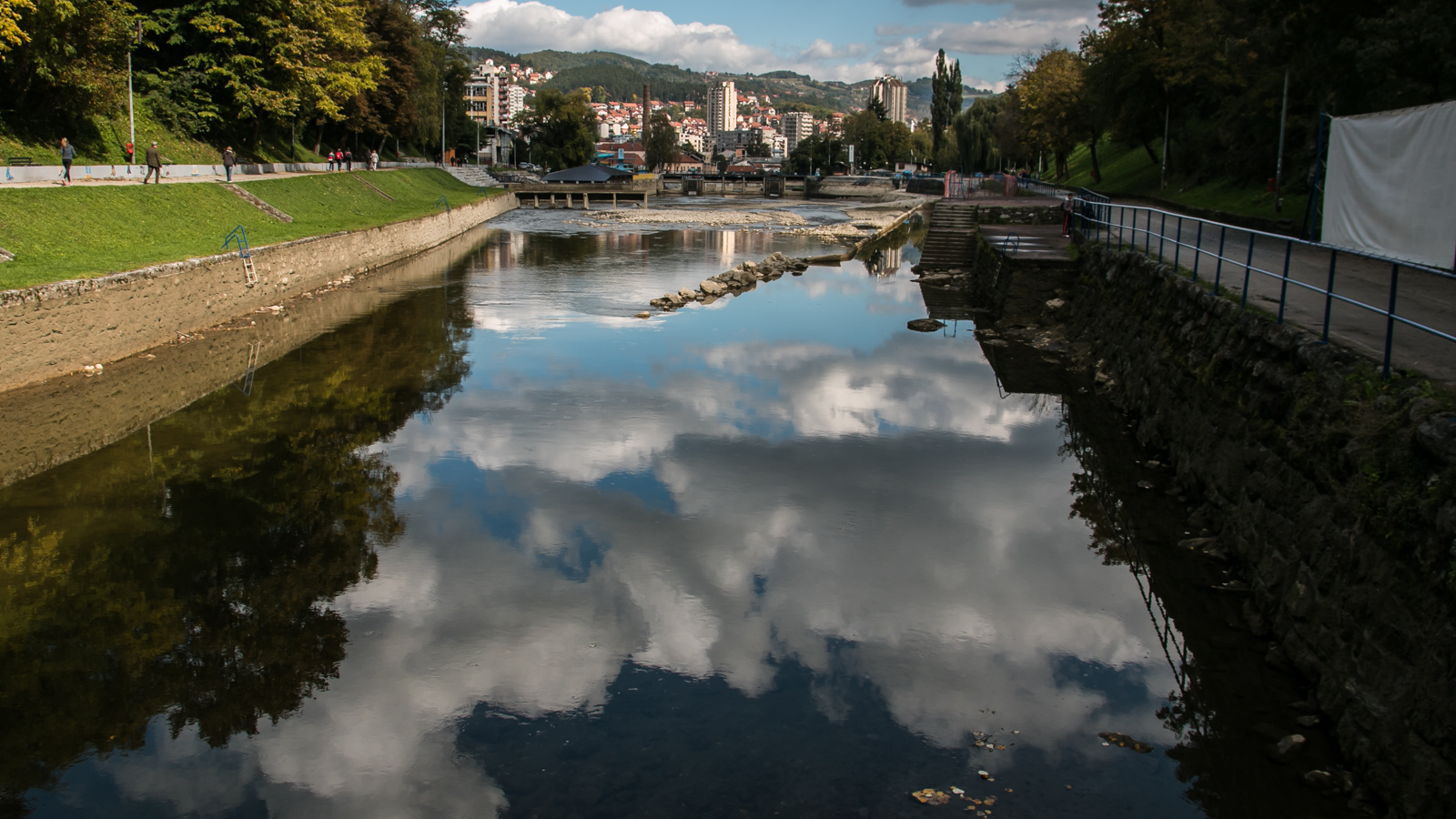 I ran into one guy and his father scoping out the river for fishing below a dam. When I asked if there were any fish, the father held up his hands apart far enough so that I didn’t believe him. “One meter,” he told me and walked off. 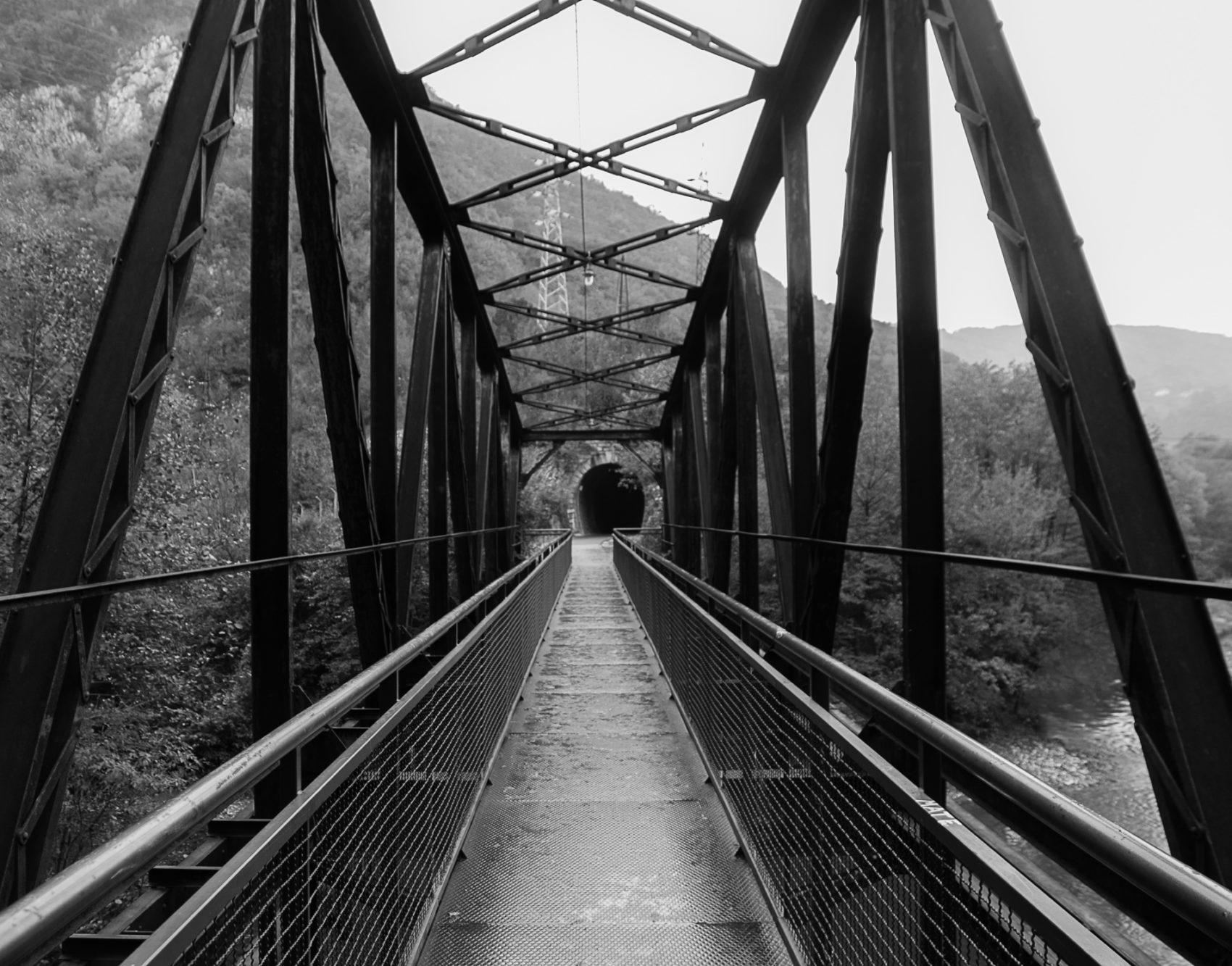 At the end of the trail (or at least the end for me), I came across this well maintained spring. Maybe it’s a secret hot spring. 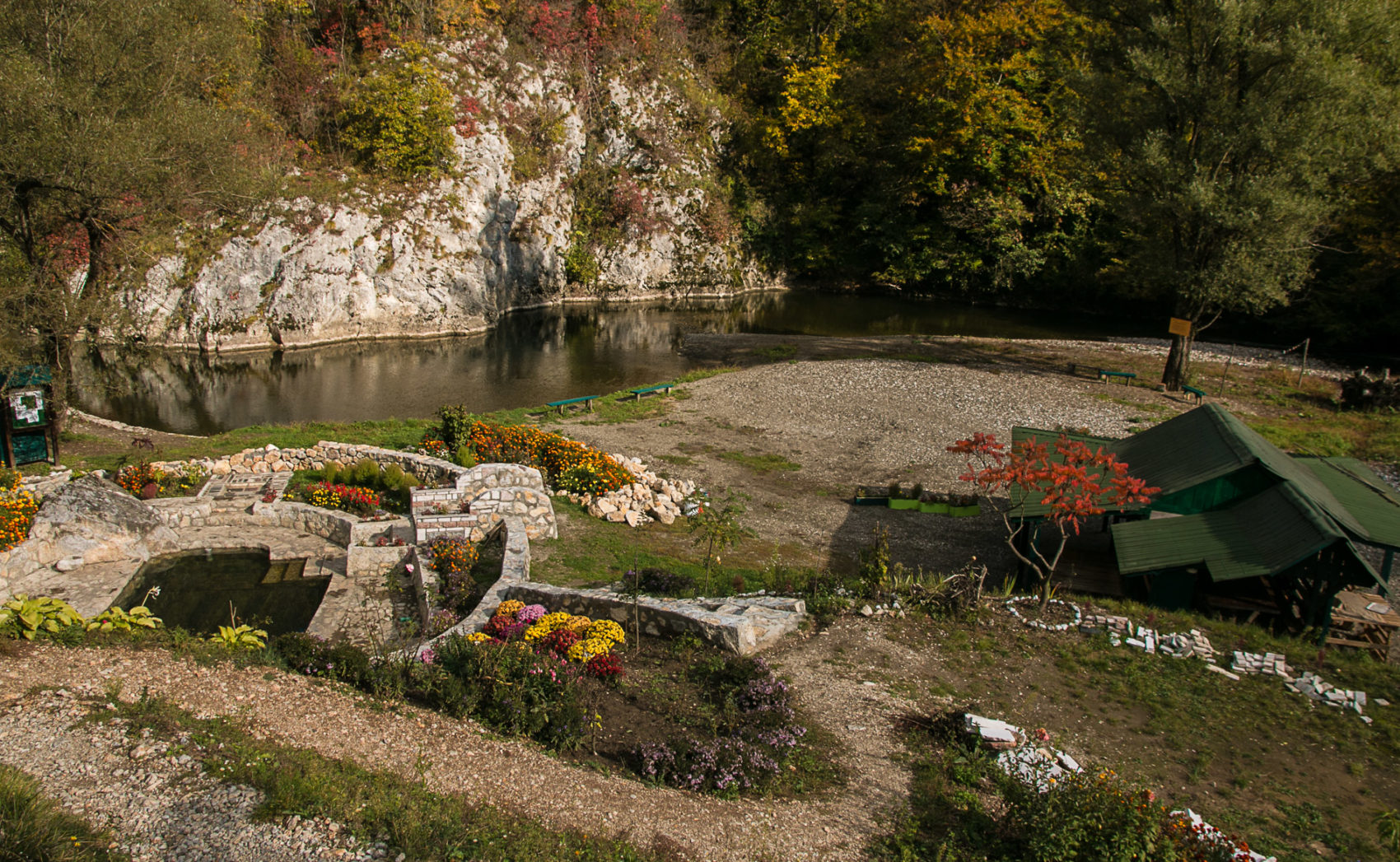 I’m not sure what the deal is with this spring. Something about minerals according to the signpost, but honestly if it’s not a hot spring, I don’t really give a shit. I walked around in the pool, scared some frogs, and almost fell down, but other than that, felt nothing. Well nothing, except for the peaceful, serene feeling of relaxing in a delightfully pretty autumn countryside on an unseasonably warm afternoon. 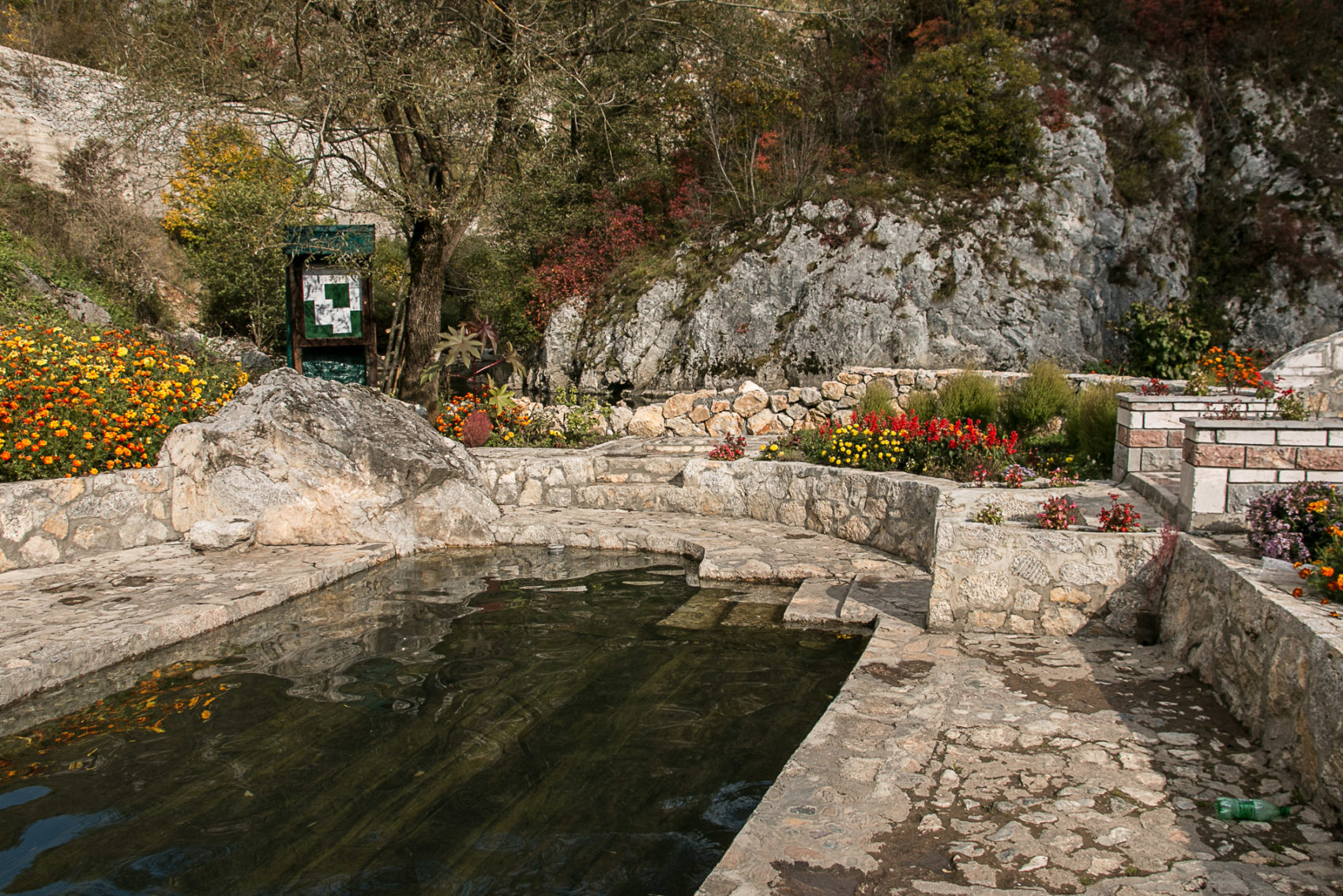 I ended up at this lonely train station. I thought maybe there would be a bar or a restaurant or anything to kill a couple hours while waiting for a train. I ended up walking back. 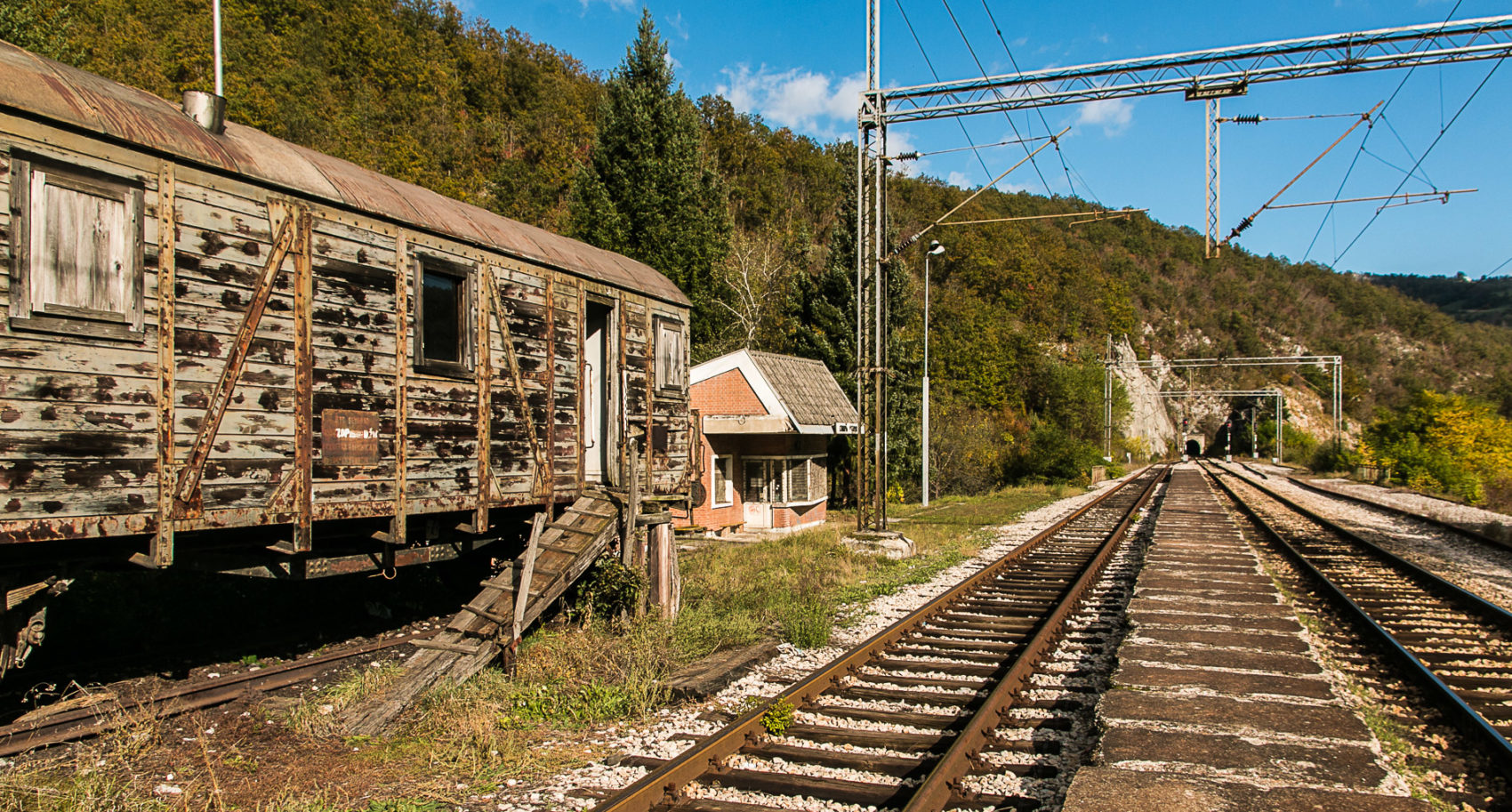 I walked through eleven train tunnels and had to bypass one that was too freakishly scary.

One other fun fact to check if you’re still reading. I nearly shit my pants in an extreme bout of sudden explosive diarrhea. It was so awful that I had to disrobe and take a swim in the river. I understand if this is too much information, but sometimes I get the impression that everyone thinks I’m just skipping along without a a care in the world, not shitting my pants.