It’s pitch black and I’m in the middle of a hard rain. I’m lost. Again. I’ve just arrived in Ljubljana, the capital of Slovenia, and it’s almost midnight. I dash between building eaves trying to dodge the rain. Lightning briefly illuminates a lonely street covered with graffiti. I’m still not sure if I’m heading into right direction. Then I round a corner to a blocked off and find the Hostel Celica.

From Prison to Inspiration: The building started life as a jail cell for dissenters under the Communist regime. For a place that has caused so much pain, you would expect this building to burnt to the ground at the start of independence in 1992, but instead, artists were invited to redecorate every cell in their own vision. What has evolved is just a simply beautiful and astounding work of art where you can spend the night.

The Cell of Enlightenment: A single cell on the second floor is kept empty from beds. In here, there are small shrines for each of the world’s major religions. It’s also located directly above the worst place in the prison — the basement cell that was typically used for torture. In this way, the hope is that the positive vibes from this room will alleviate the darkness from down below.

Down Below: Speaking of the basement cells, these have been kept as a reminder of what this prison used to be. The cell is open to the public, has no lights, and is a singularly creepy experience. I lasted about ten seconds with the lights turned off.

Welcome to Anarchy: The Hostel Celica is located directly in Metelkova, an anarchist society that formed after the fall of Communism. It’s mainly filled with artists and alternative bars. Like Freetown Christiania in Copenhagen, it also seems to be the place to pick up drugs. According to my informal survey, I found that locals describe Metelkova on the spectrum of unapproachable to an essential part of the city. I spent an afternoon sipping beer in the courtyard, heard some beautiful music from a balcony, and found myself sipping wine at an impromptu art gallery opening. 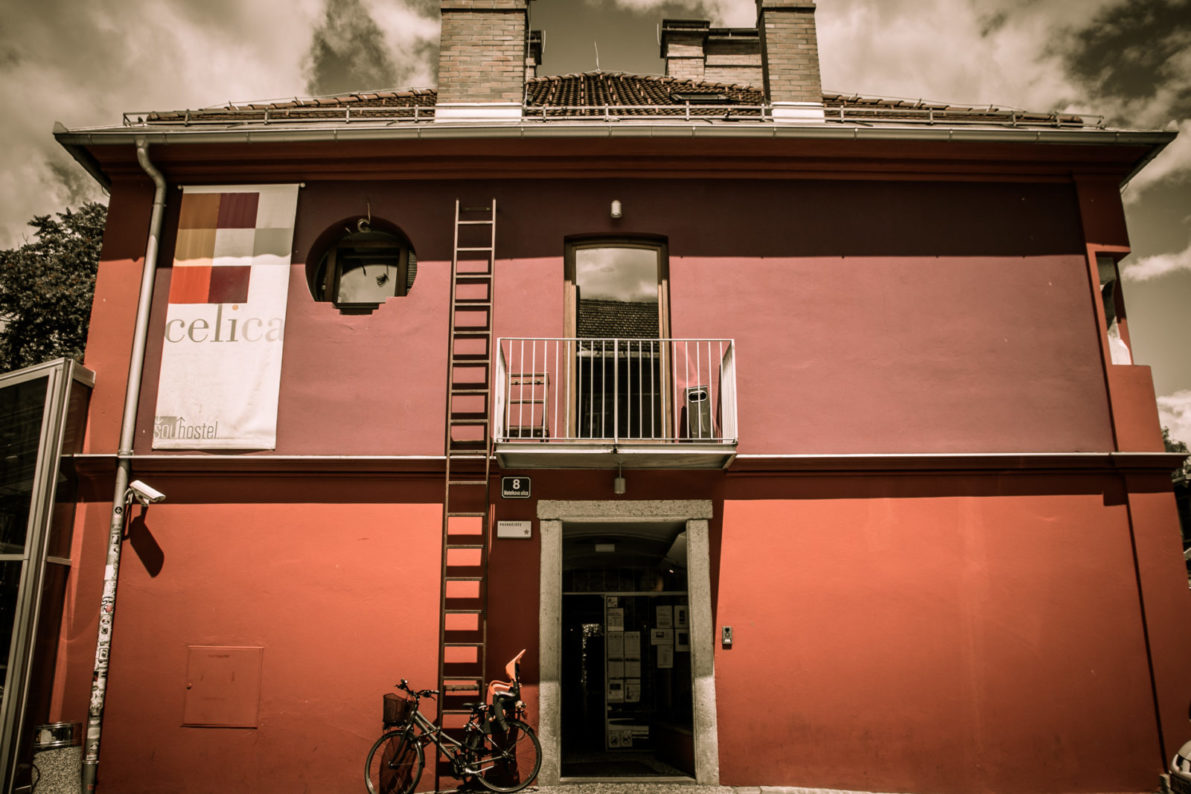 Shoutout to the Staff: Meant to stay for one day and ended up staying for a week. This is due in no small part to the entire staff which went of their way to show me Slovenian culture (and answer 10,000 of my insane questions).

The Review: 5 out of 5. One of the most unique hostels I’ve stayed in on my travels.