I Hiked: The Rock of the Szeklers and Trascău Citadel (Rimetea, Romania)

Forgotten castles, local bars, Hungarian villages, and a challenging hike are all on tap for the next expedition. Robert from the hostel and expert in all things Romanian/Hungarian history, says we should head south for adventure. We’re all set to hitch down with our friend Monica when Aram from England joins the expedition along with a four-wheel drive rental and some badass camera skills.

Back in the day, the small village of Rimetea and the surrounding areas were home to Hungarian iron miners and the region remains fiercely proud of their heritage. The village is also filled with plenty of examples of the Hungarian style of architecture all sitting under the shadow of the stunning Piatra Secuiului. 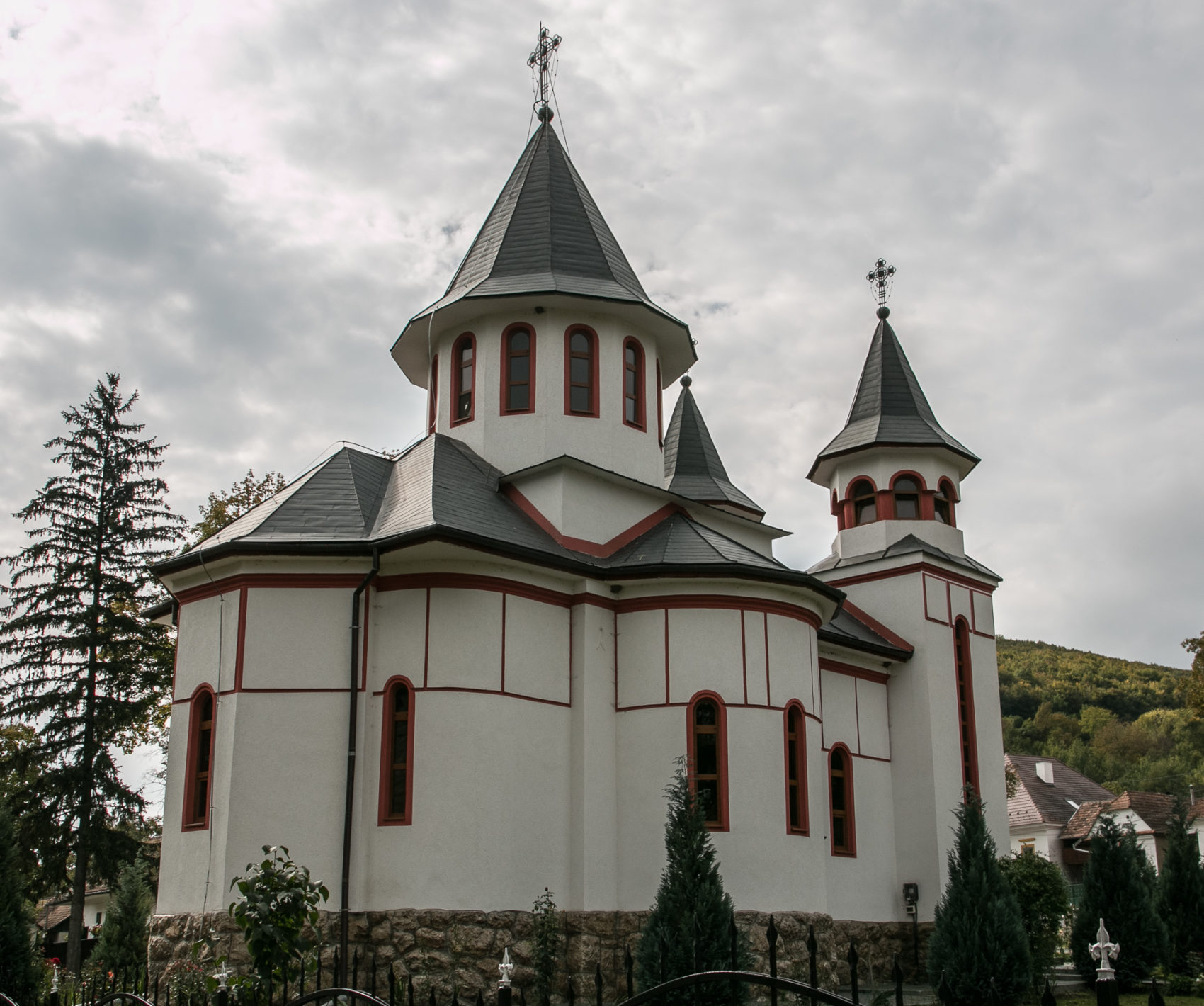 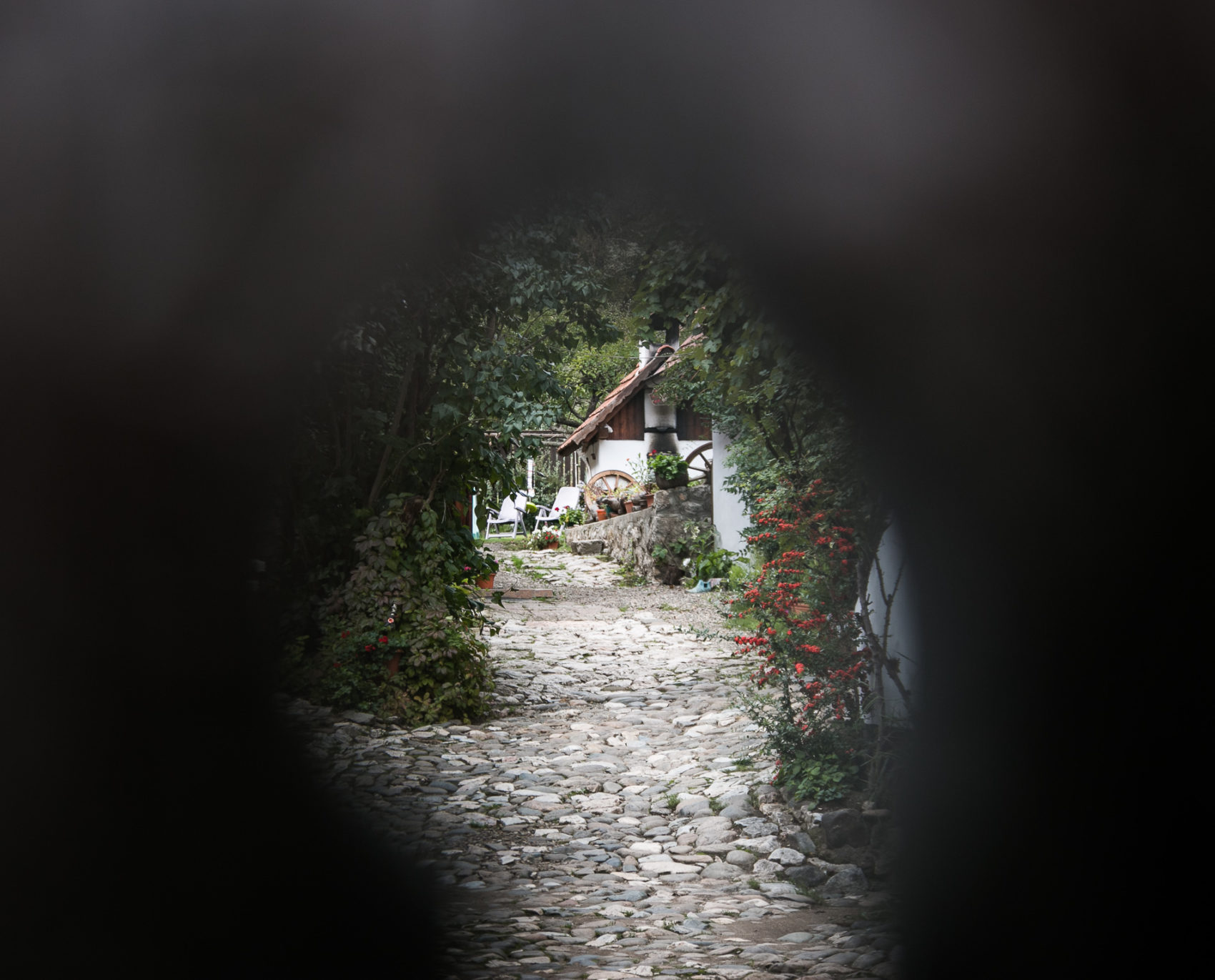 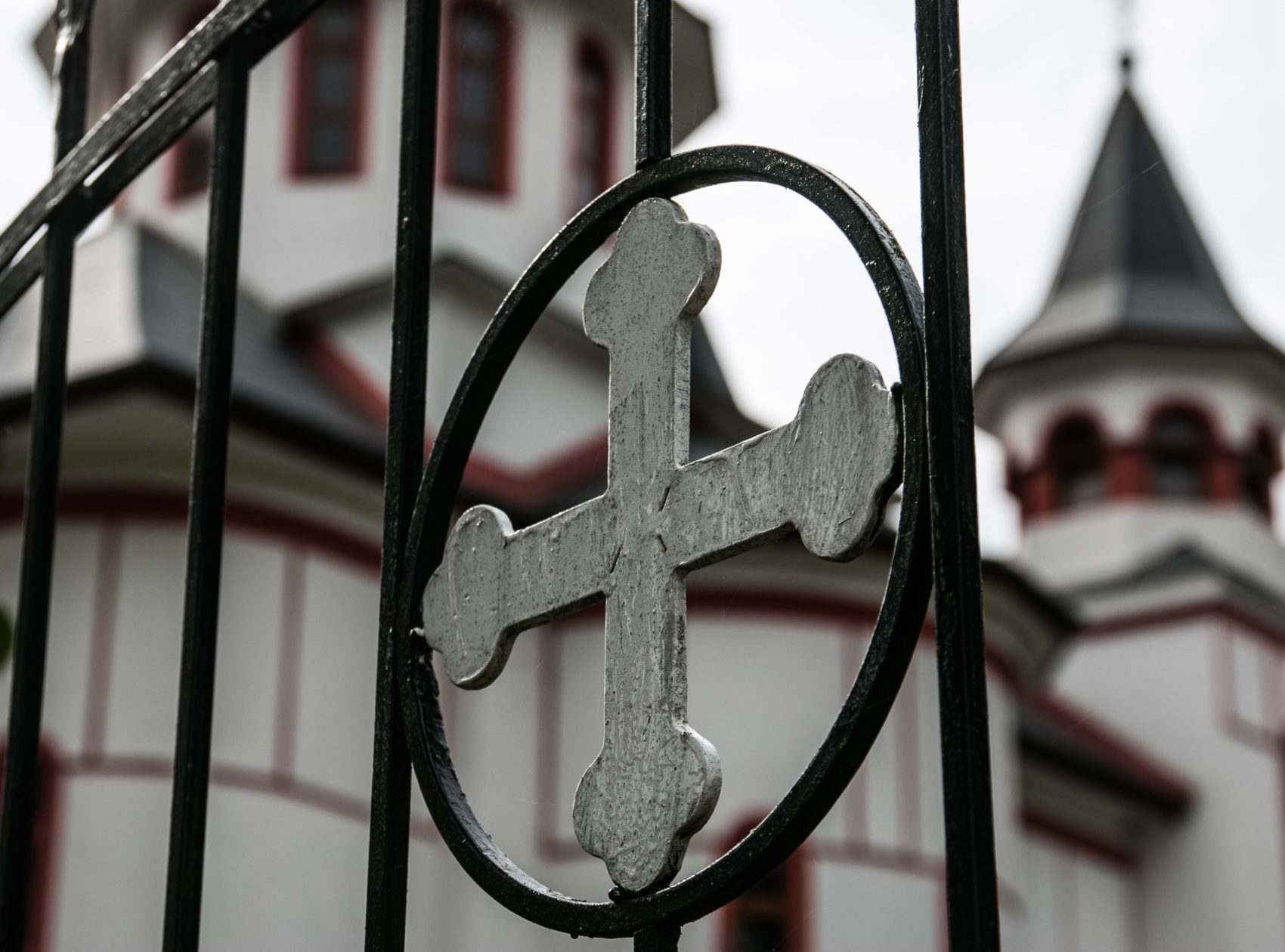 Before tackling the peak, we head over to the Trascău Citadel to do some light off-roading, eat some lunch, and see who can take the most dramatic Tindr profile picture. For a fortress built in the twelfth century, it’s a little jarring that there’s no entrance gate or even an admission fee. We park next to a few shepherds and climb into the ruins. 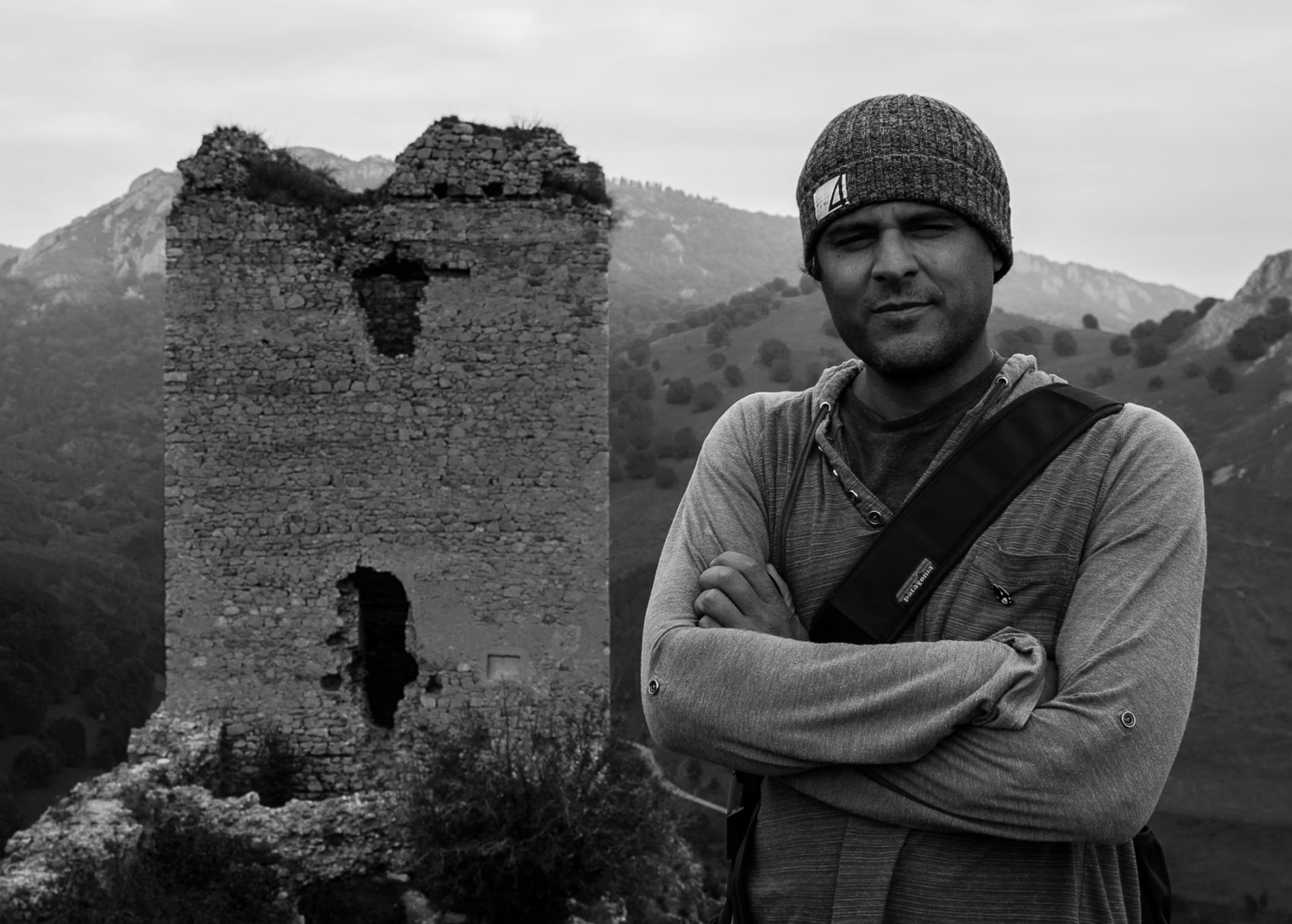 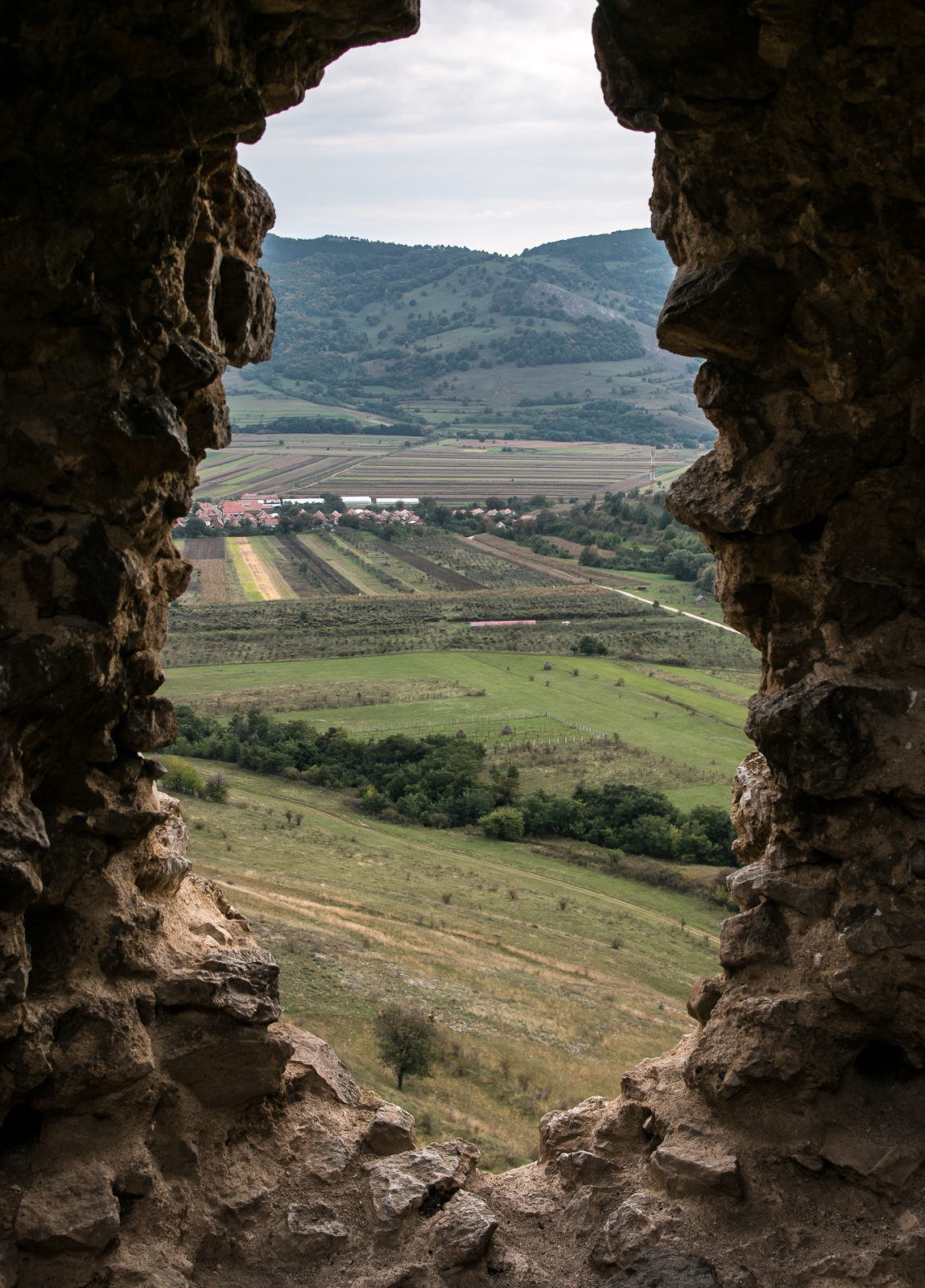 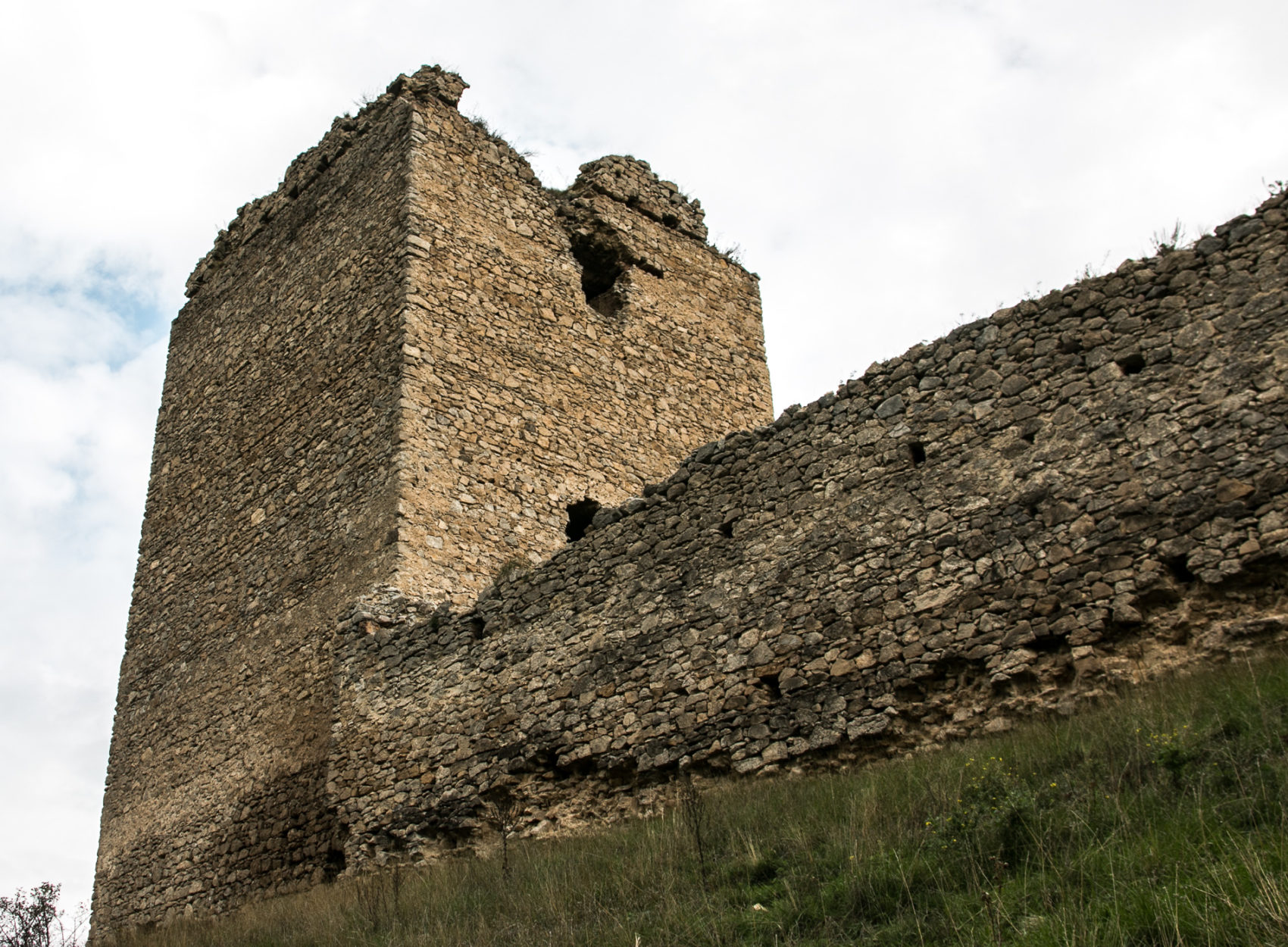 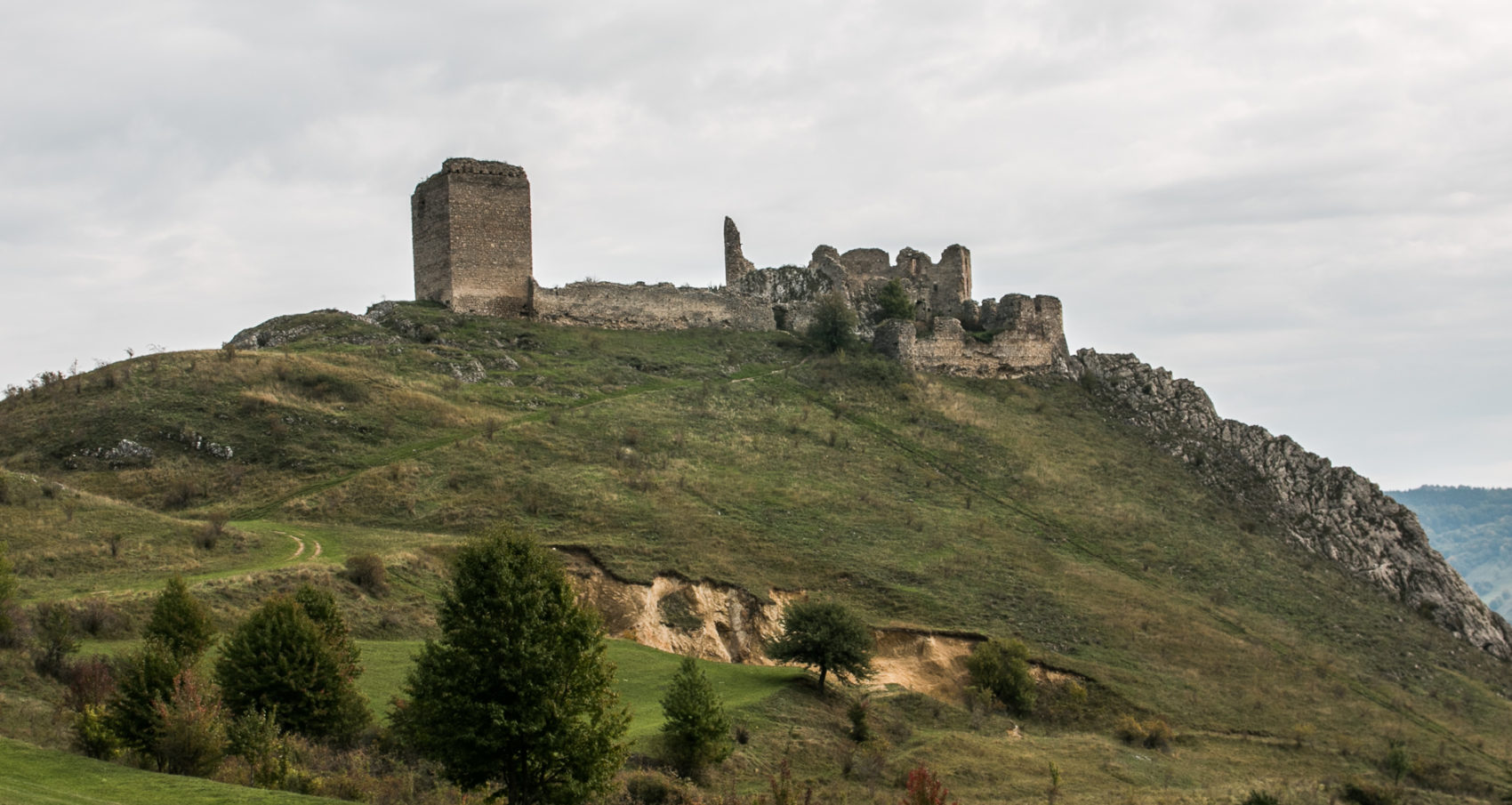 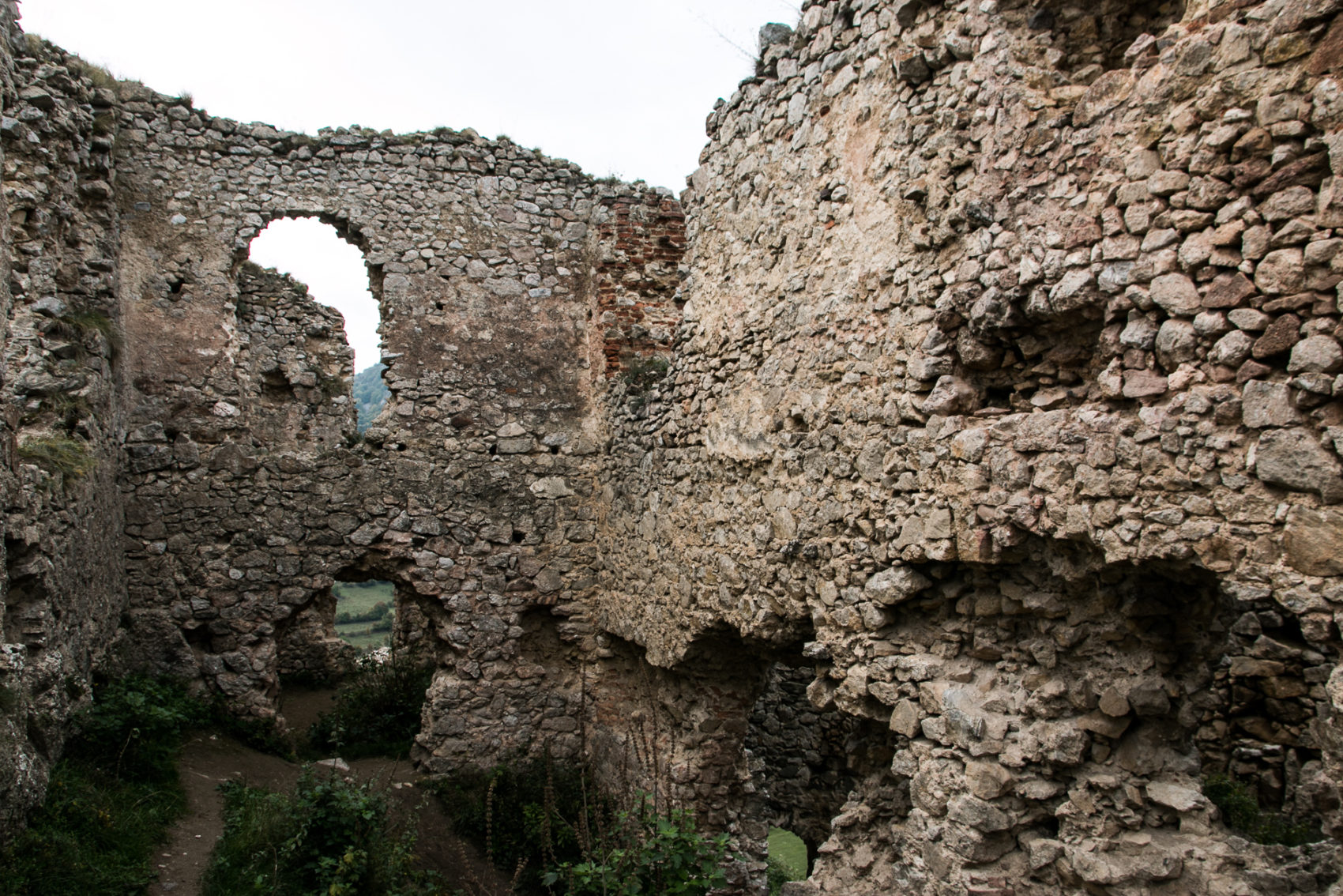 We don’t have much information on the hike other than what Robert remembers from a field trip he took there as a kid. Aram four wheels it through the pitted dirt roads through a farmer’s field. We immediately find a marked trail that heads straight up the ravine. Piatra Secuiului is known as the place where “the sun rises twice.” Because of the way the limestone massif is split, it can appear at certain times of year from Rimetea that there are two sunrises.

The trail itself fades in and out and is interspersed with goat paths. It’s in a ravine, though, so it’s not that easy to get off track. There’s no switchbacks or trail conservation here — just a straight up climb through muddy patches and rock slides. We stop to enjoy some urban harvesting of wild pears which taste terrible.

There’s also a mystery purple poop in the middle of the trail. A lot of poop theories are discussed over the next 15 minutes. 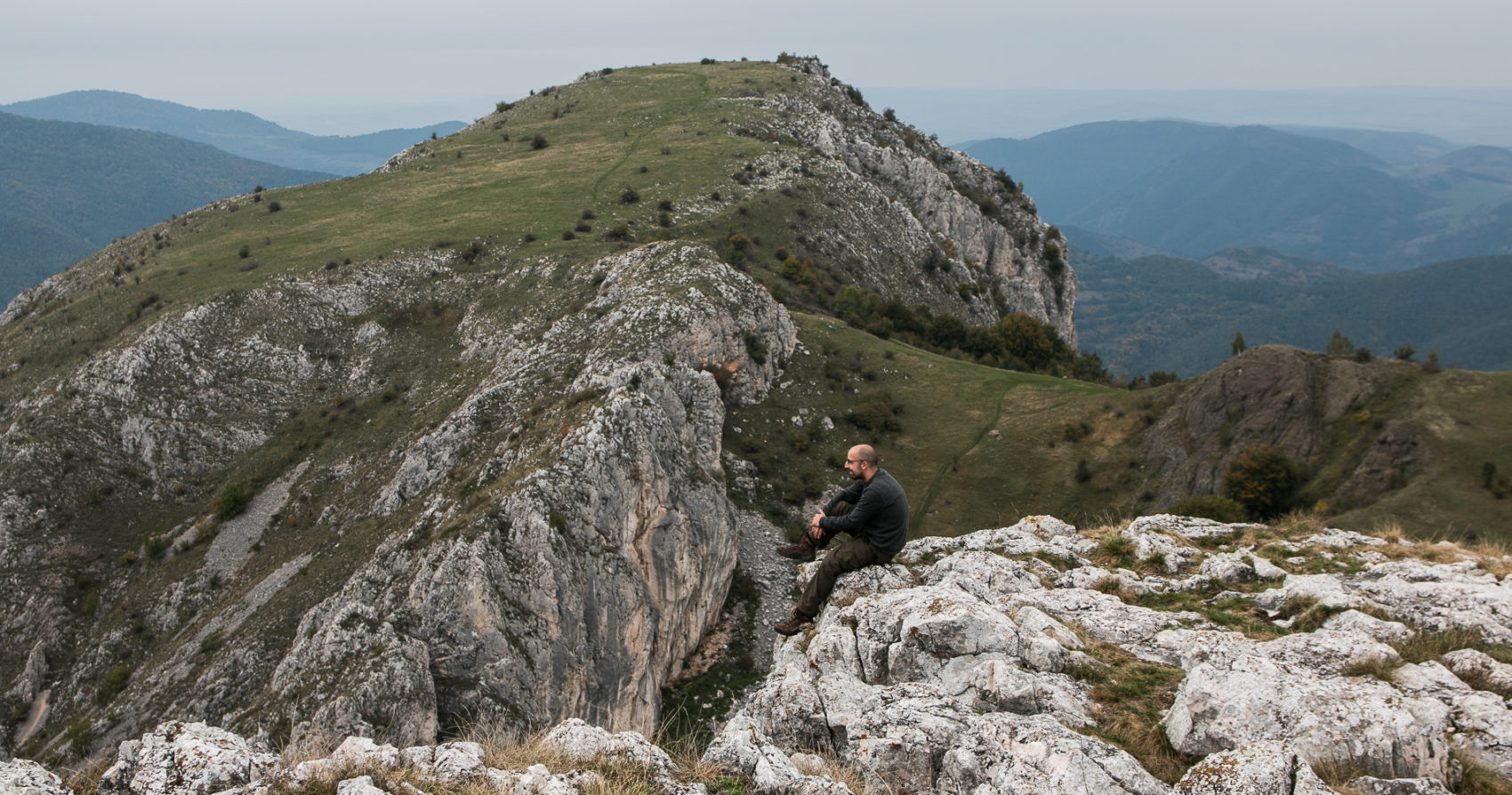 At the saddle we find a pile of stones in a small grassy field that reads BULDOG — the Hungarian word for happy. The only thing left is an easy twenty minute jaunt to the summit.

A Hungarian flag greets us at the top of the hike which prompts a “seriously, come on” from Robert. I would later learn from a girl that grew up in the region that this is an ongoing battle — sometimes it’s a Romanian flag, sometimes Hungarian. Not having a flag on us, we did the next best thing and use Monica who happened to be wearing the Romanian colors. Then Robert kicks off his shoes, produces a mouth harp, and plays a mini-concert for us at the top of the world. 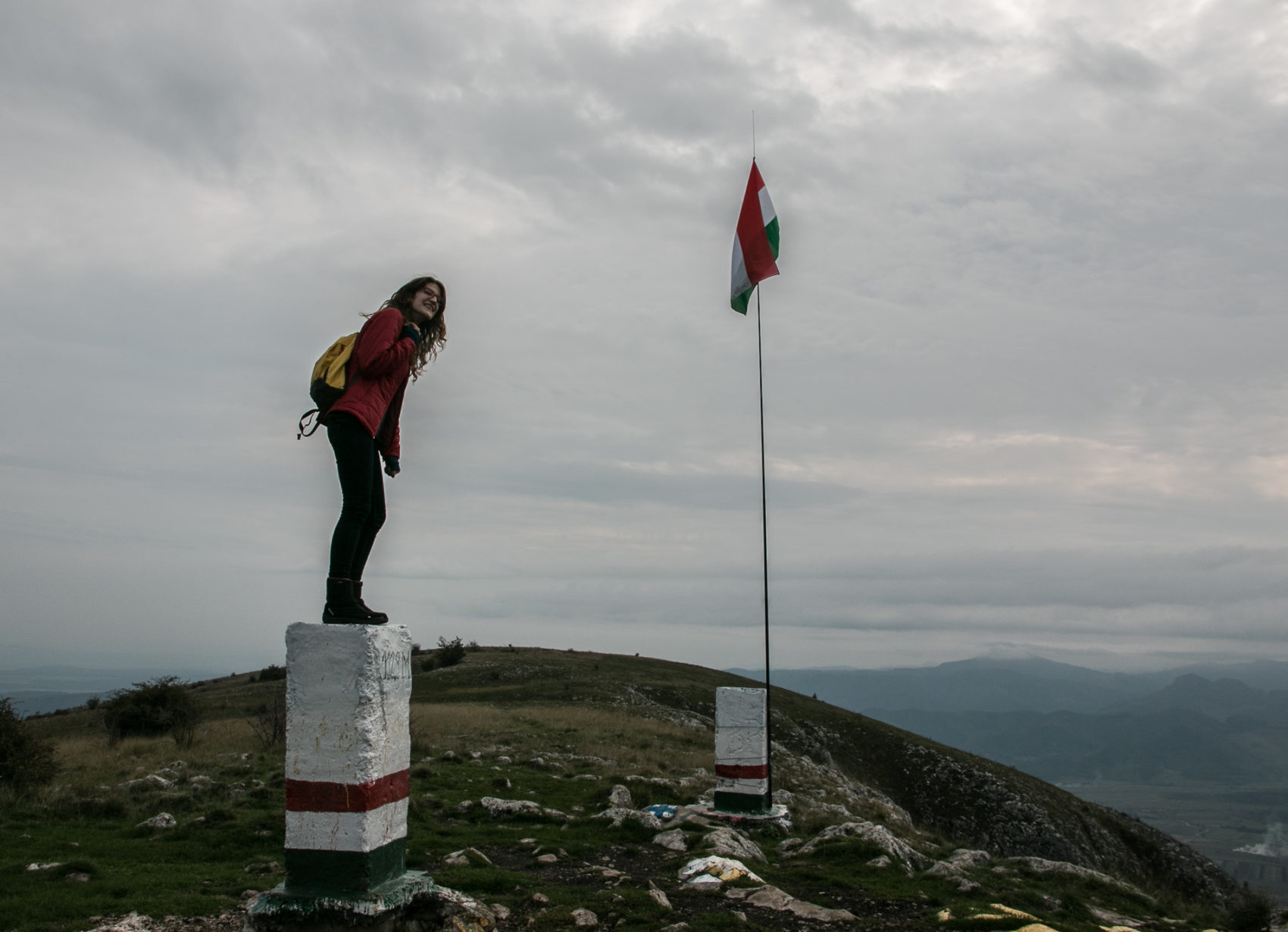 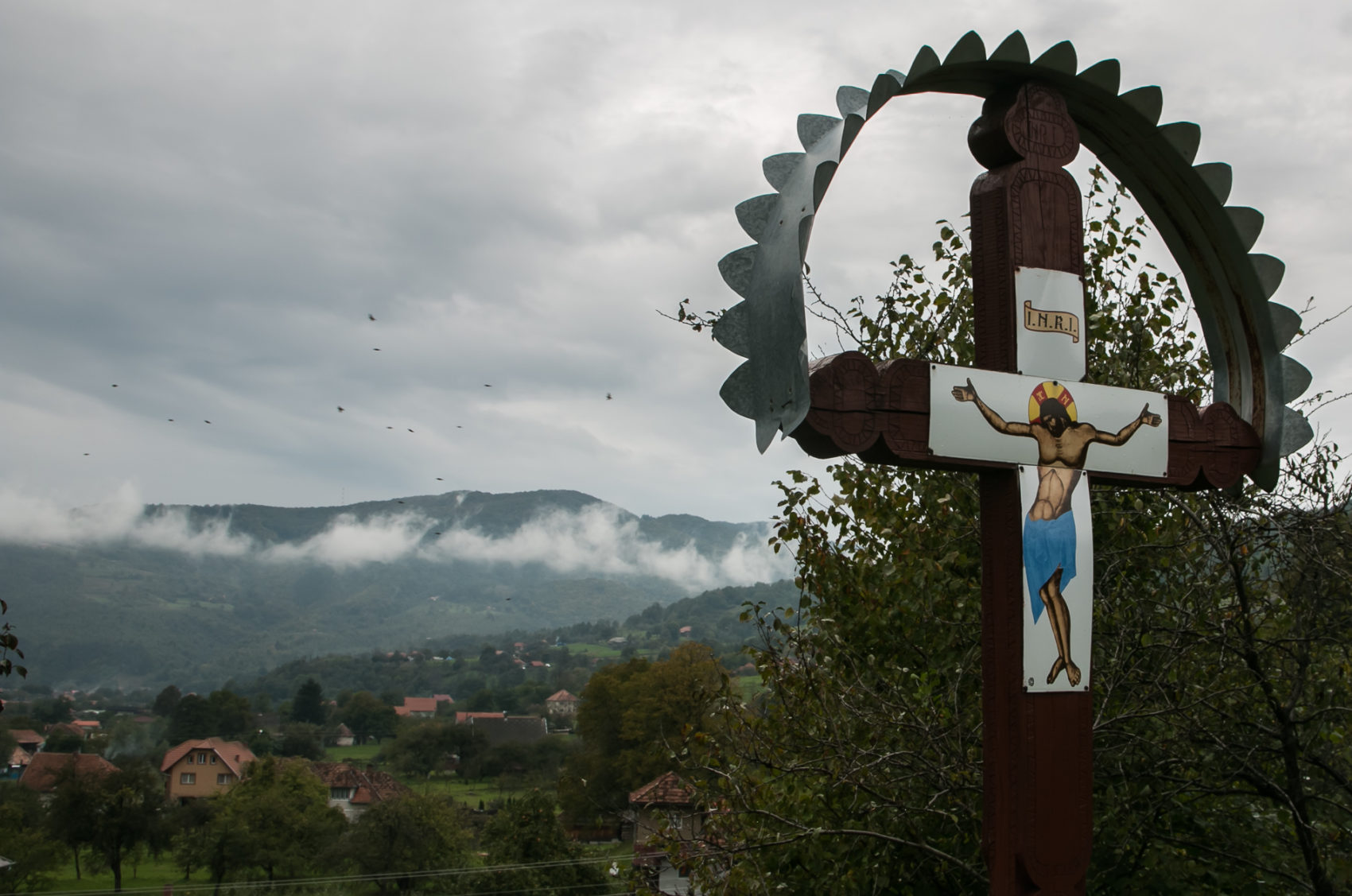 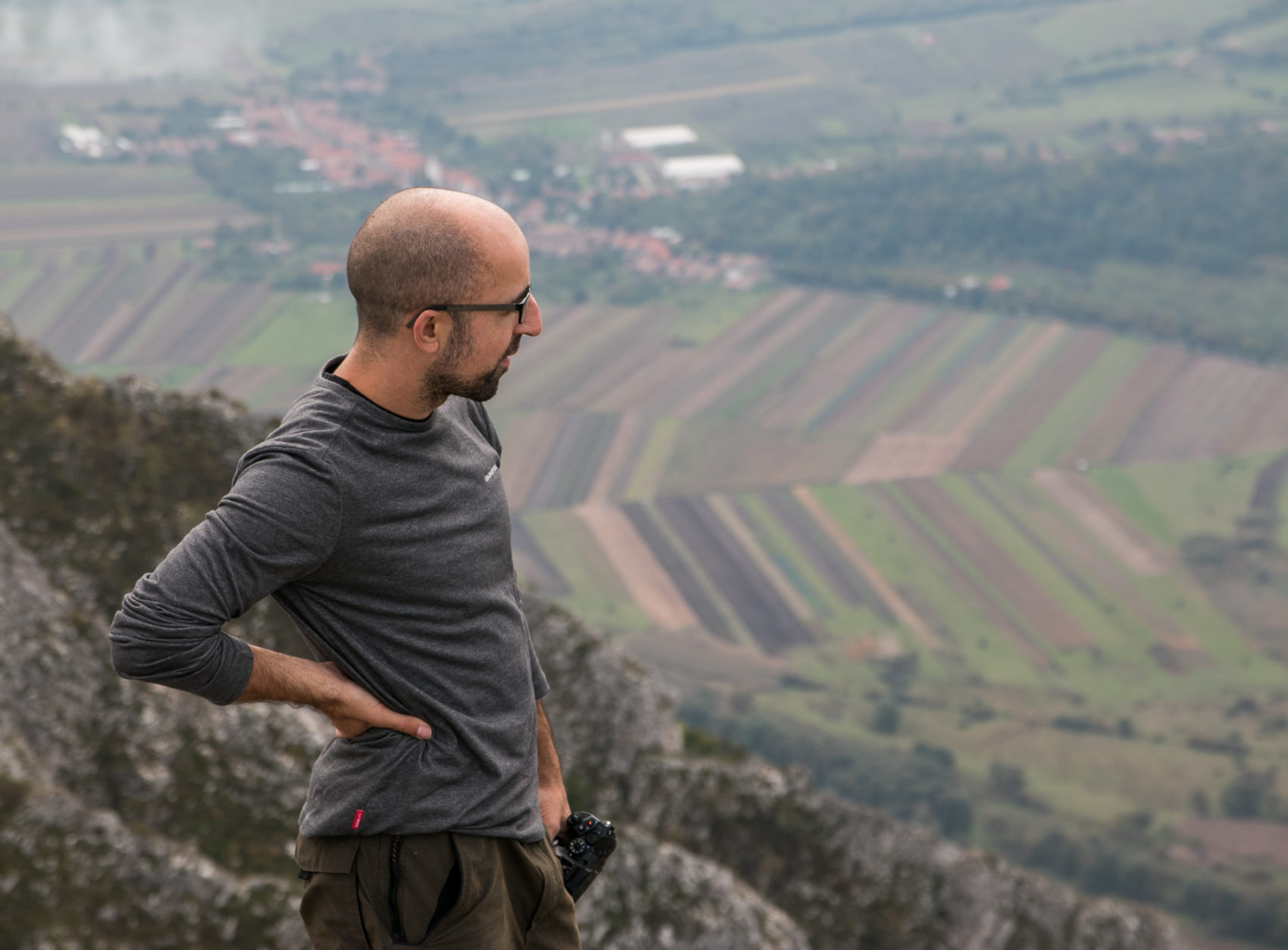 Aram taking in the view

Going down takes some time. Turns out all those sliding rocks and mud are even worse heading straight down. But we arrive mostly unscathed and celebrate with salami sandwiches in a farmer’s field. Then there was only one thing left to do on the list.

Head to the bar. 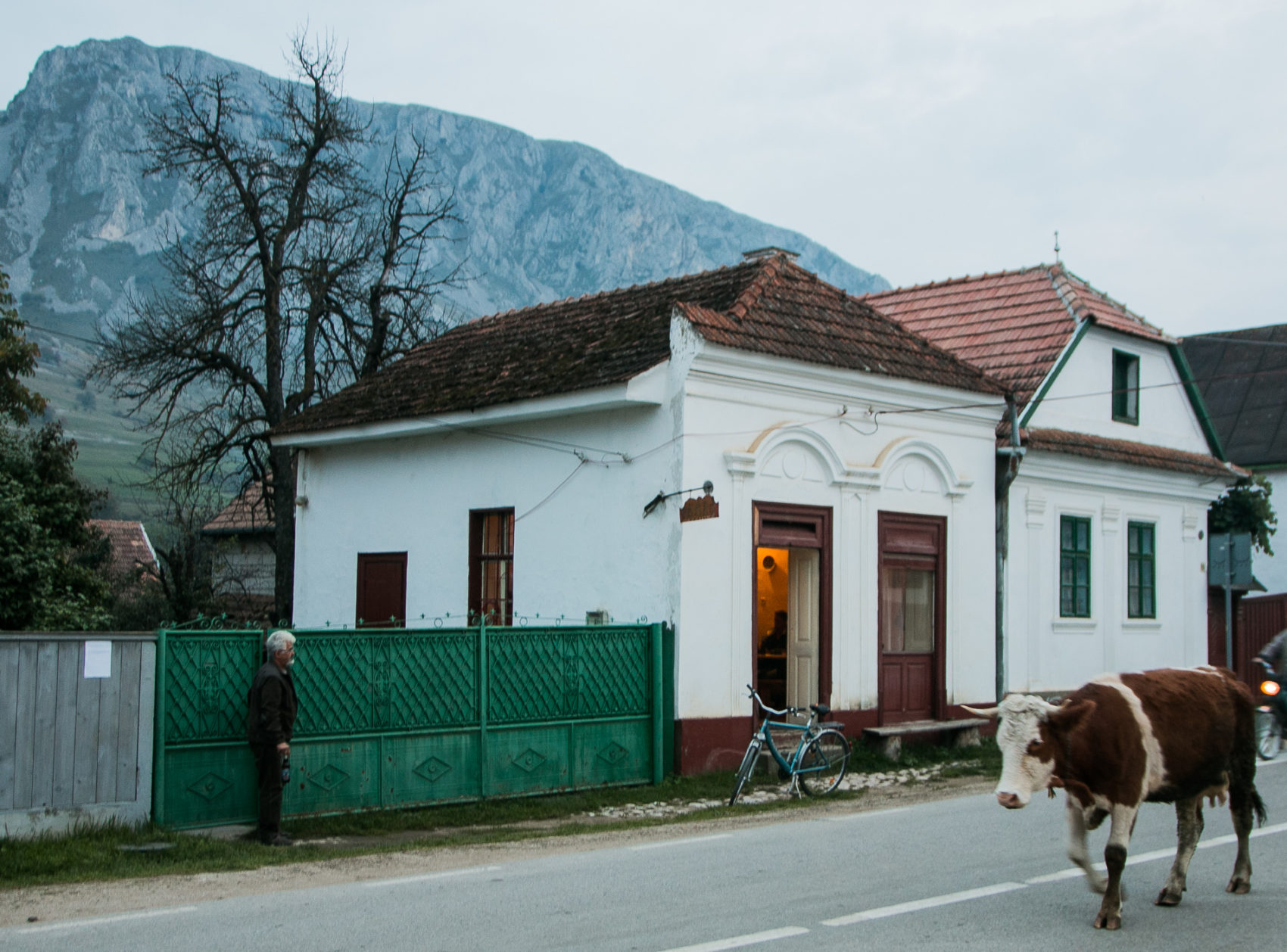 It’s the off season and nothing is open, but fortunately for us, village bars don’t have an off season. We find a small one-room joint with four tables. The local liquor of Romania is palinka which is frequently made from plums and other fruit. It’s very common to make this moonshine at home but this means it can’t be sold — at least not legally. When Robert asks, the bartender produces an open bottle of beer filled with the good stuff and pours us two strong doubles which cost just over a dollar.

Simply put: one of the best days of the summer for me and that’s coming from someone who spent the last three months doing this.