The Scene: Party in the Street @ Distortion Festival 2015

The Danish can party.

I learned this immediately upon my arrival to the Distortion Festival in Copenhagen which kicks off with a madly chaotic street party in the Nørrebro neighborhood. What I thought would be a few stages and couple of blocks turned out to be over twenty streets with a stage on nearly every one and hordes of festive Danish shotgunning six packs of beer. I quickly found myself dragged into the “organized mayhem” of Distortion partying with thousands of Danish.

And it’s still only six in the evening. On a Wednesday. 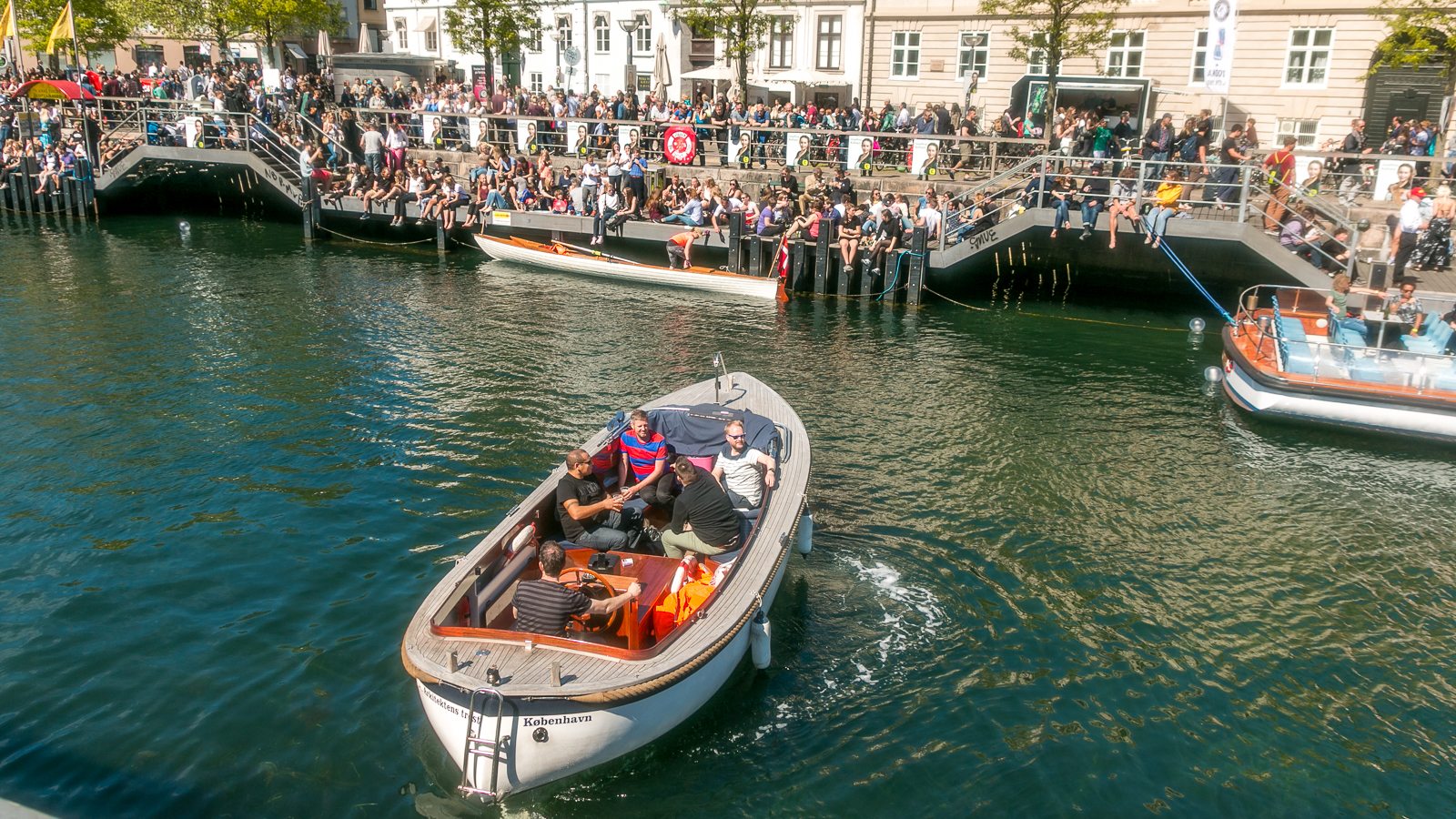 Apparently, the Danish stereotype around Europe is that they are big drinkers, says Sophie from Copenhagen. “Say something else about us please. That we are the most beautiful people you have seen instead of the drinking.”

Done and done. Copenhagen is filled with strikingly attractive people. Their uniform is black clothes, black leather whenever possible, and blond hair. They are wildly friendly and most speak near-flawless English.They also ride bikes everywhere. Thousands of bikes line the outskirts of the block parties. They are not locked up to anything. The back wheels have a small lock but I’m told this is mostly so that someone doesn’t accidentally ride away on the wrong bicycle, not for security. 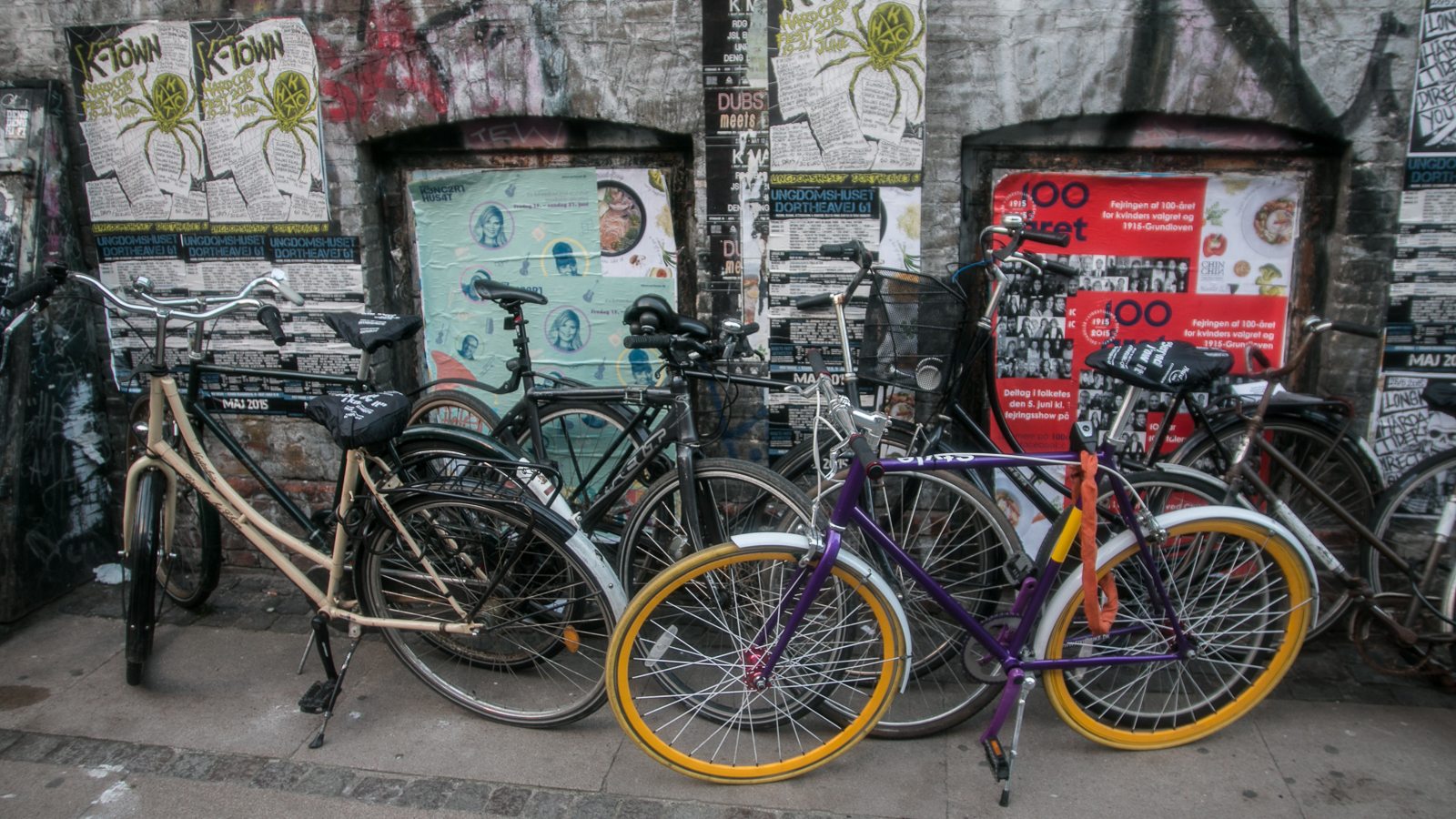 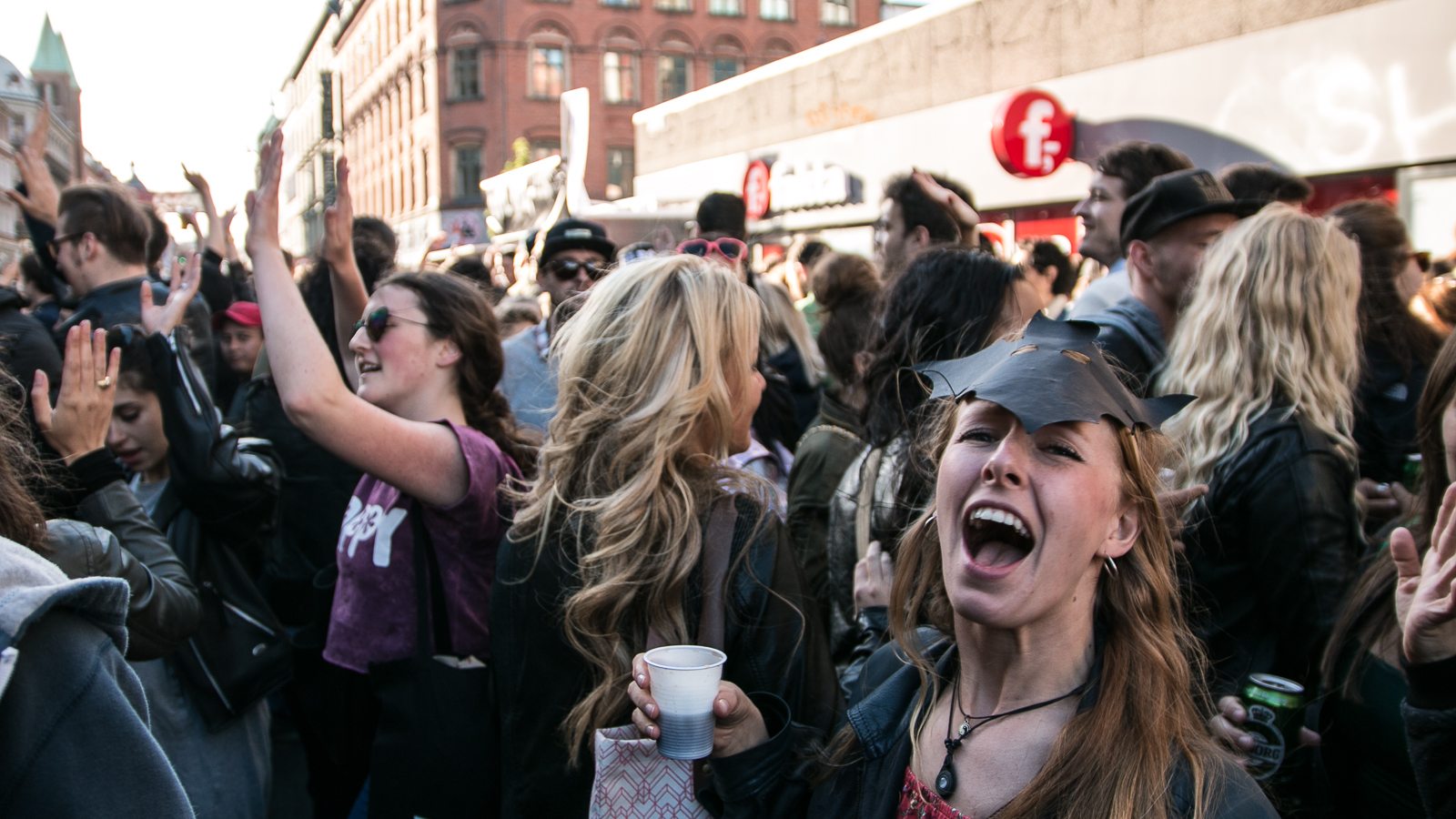 On Thursday, the street party moves next door to my hostel in the gentrified Red Light District of the Vesterbro neighborhood for another repeat of the debauchery from the day before. At one point I find myself rolling through the crowd on a flatbed truck with seventy Danish scream-singing a Swedish pop song. I also witness lots of twerking. 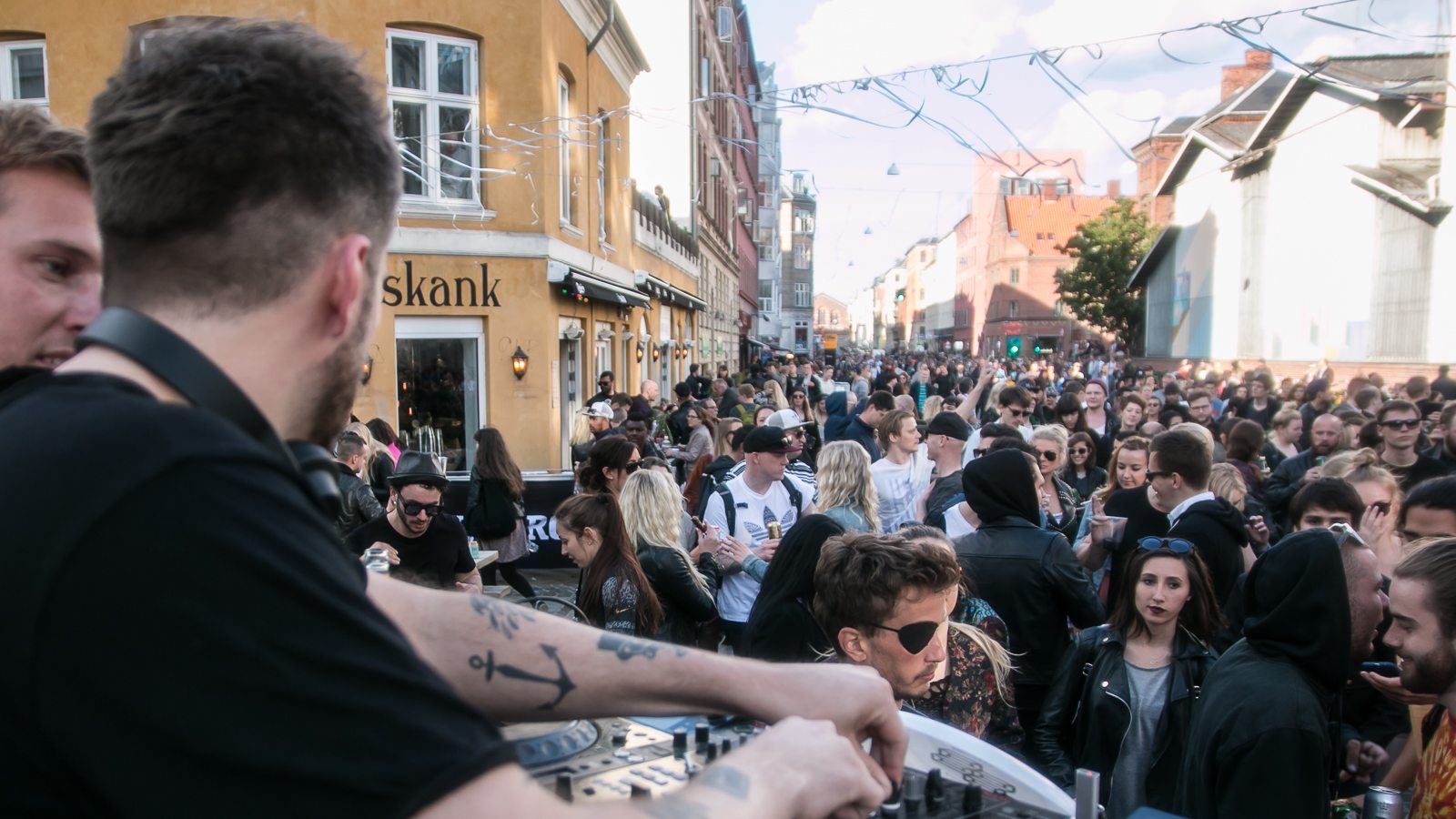 The barista at the Risteriet Halmtorvet coffee shop tells me that Distortion used to be even crazier and more disorganized. “This one year I found myself at a party inside the police station.” And no, it wasn’t because he had just been arrested. The police are present, but they keep it low-key only stepping in to tell dancers to please move down from the parked cars, bus stops, and street lights.

I meet Kunn from the Netherlands who confides to me, “The Danish. I have learned that they will pee anywhere.” Behind parked cars, behind a group of friends, and even behind seven foot high walls of stranger’s backyards which they are drunkenly pushed over and occassionally trapped on the other side. And that’s just the ladies.

The city of Copenhagen is delightful. It looks like a postcard from another century. It’s clean and modern. They absolutely hate it when I pay with cash. Everybody uses credit. Even the street meat guy takes credit card or mobile pay.The street parties continue into Friday down at the canals and in front of the Parliament Building. It’s the Danish Constitution Day (Happy Grundlovsdag Day) and Tuesday is a big election. The city is filled with posters of ridiculously good looking politicians, but today is all about stages bumping rock and rap and the canals filled again with drinking Danish. 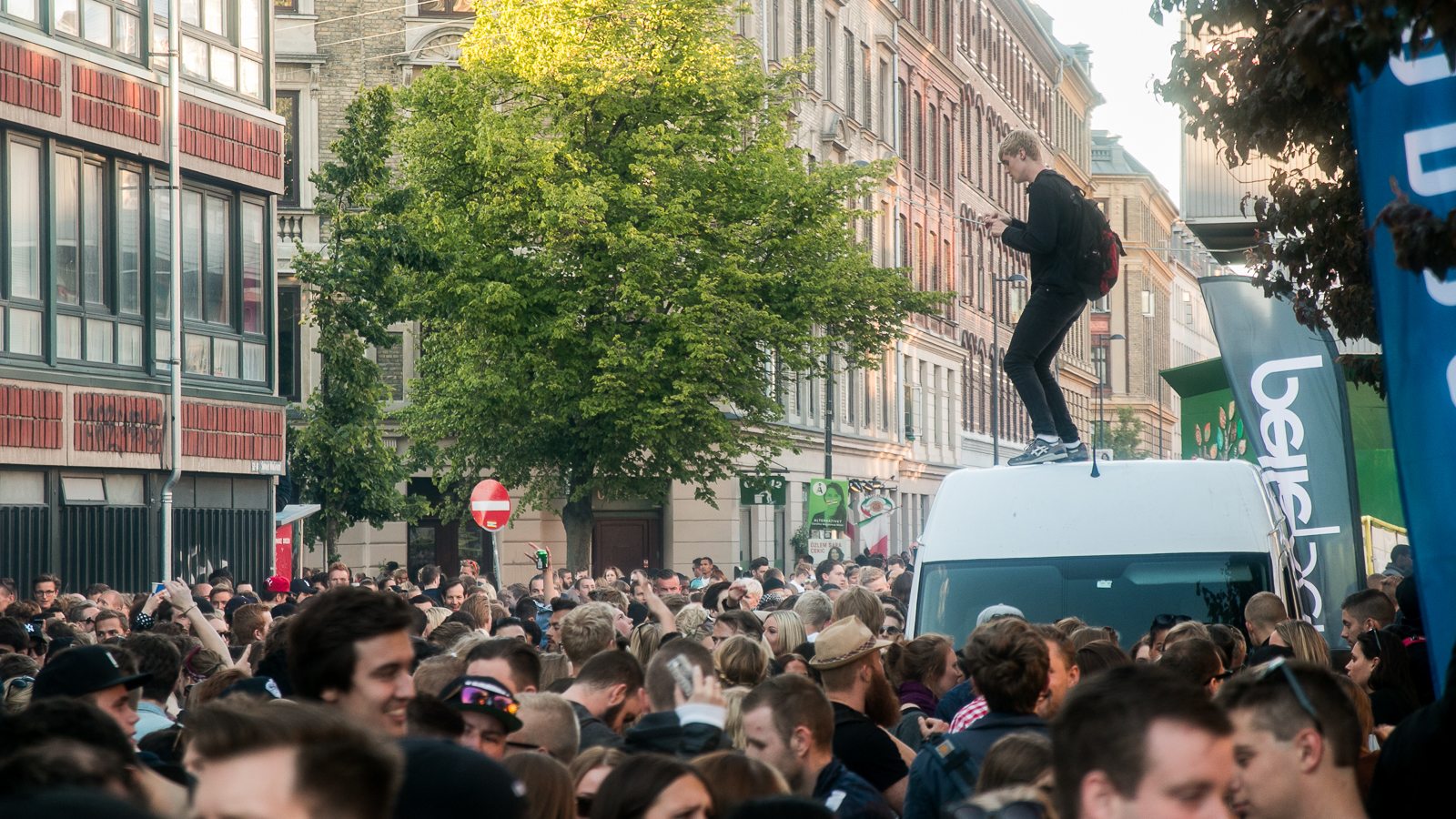 It’s been sunny every day that I’ve been here — I’m told that it’s never this nice in Denmark.
I need a break and head over to Christiania in København, the hippie anarchist community which is also the de facto Shakedown Street of Copenhagen. You can pick up damn near anything in the “Green Light District” and the main drag is stuffed with drug seeking tourists. Christiania is filled with random bits of art and deep tree lined paths with patches of grass everywhere perfect for lounging the early evening away.

There’s a pond. I fall asleep.

Around seven, I jump a bus and head to edge of the city for more Distortion. The venue lies on the north side of the city tucked into an industrial zone with rusted out warehouses and overgrown fields. The entire set-up feels like a cozy backyard party with festival fans scattered around in the open spaces dancing their faces off at one of the nine stages.

This is Distortion Ø which requires a ticket and for the next two nights, I dance and drink and meet festival fans from Denmark, Italy, Spain, Germany, America, and Slovakia. Most of the foreigners have come because “they have a friend in Copenhagen.” Very few outsiders outside of Denmark have heard of the festival. The Danish treat it like a full holiday I learn, skipping college classes and traveling from all ends of the country or Distortion. 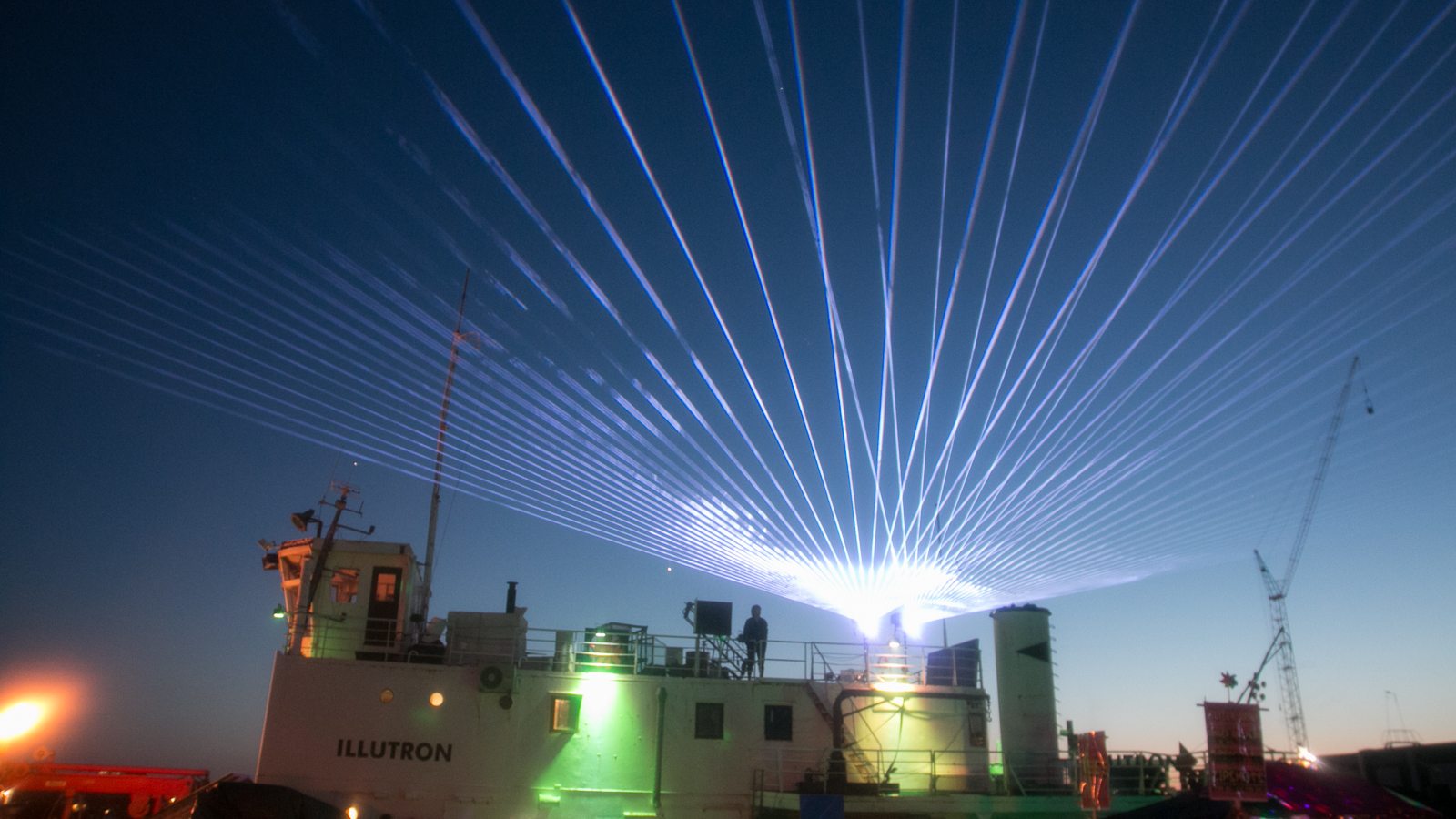 The main stage is the Container Coliseum, a grassy field flanked by huge shipping containers. Just next door, you can actually party in of the containers at the aptly named Tekno Tunnel. It’s packed to the hilt. It’s a bit crazy. Martin, who is visiting from Sweden tells me that “the Danes do not give a fuck. Unless you fight. Then they give a fuck.”

The light of the sunset doesn’t disappear over the harbor until well past 10:30pm. There’s Danish rappers, reggae, live music, and even Elijah Wood chain smoking cigarettes and spinning tunes for three hours in a giant circus tent. And of course, that great beautiful god of European music — EDM fills the entire festival. At one point, I find myself at two-thirty in the morning watching SIRIUSMODESELEKTOR tear up an indoor venue, that venue being a massive climbing wall gym. When I finally wander back outside, the horizon is already turning pink. 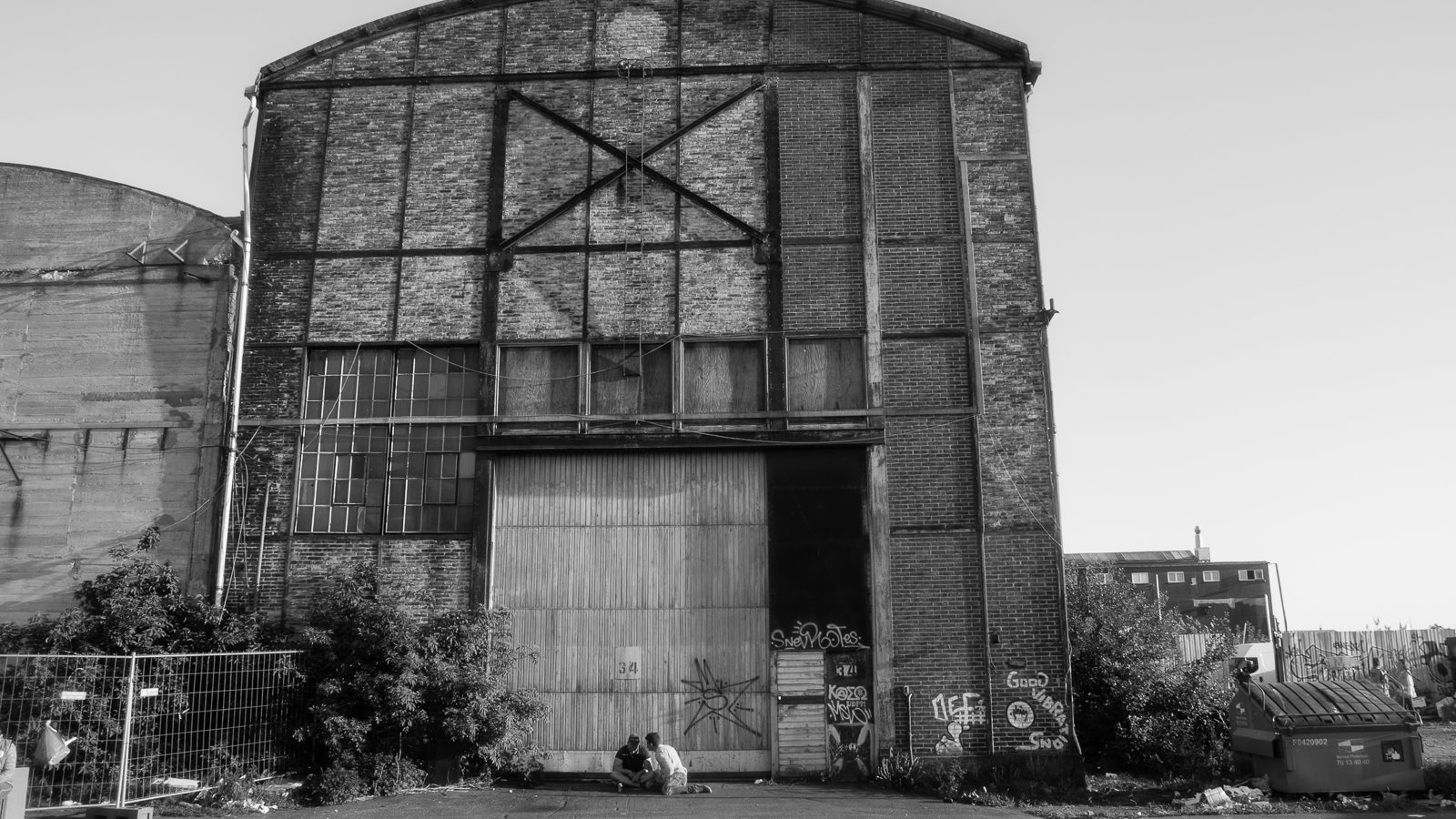