The Scene: Festivaling in a Fortress @ EXIT 2015

Eight years ago, I spent a couple days in Belgrade and since then have always wanted to return to Serbia. Long before the European music festival scene even formed, EXIT had staked their claim as the largest festival in the Balkans and this year saw them celebrating their 15th anniversary

It also takes place inside in a fortress. That’s worth the trip alone. 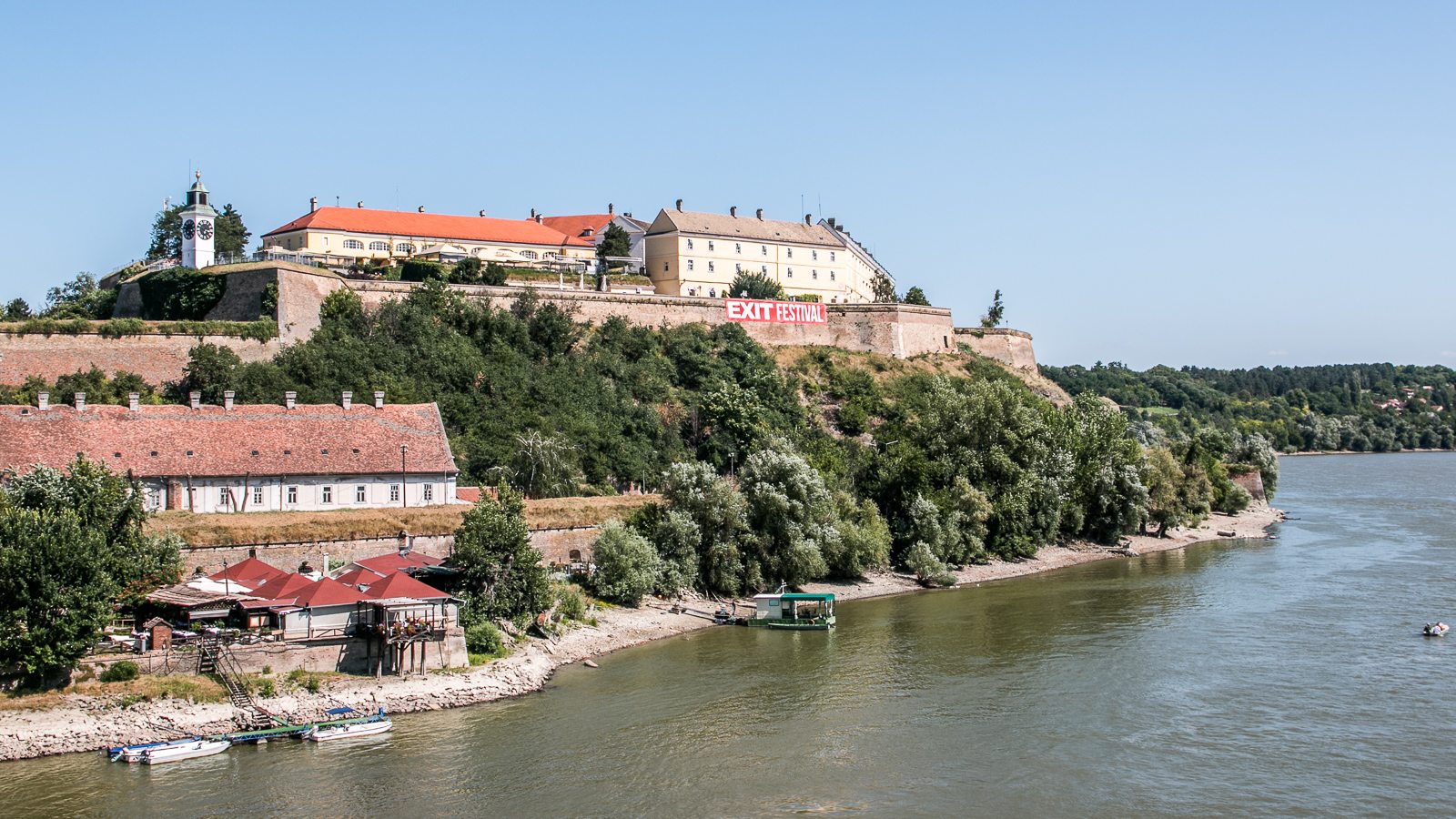 The Scene
EXIT is the maddest festival I’ve been to in Europe. It starts in the early evening, nobody arrives until 10pm, and the festival lasts until 8am. Time vanishes as festies dart around more than a dozen stages– all located inside (not near or around, but inside) a historical fortress that stands guard over the Danube River and Novi Sad. There’s a strong lean towards electronic music but headliners like Faithless, Motorhead, and Capital Cities brought in a dose of differing genres to the main stage. 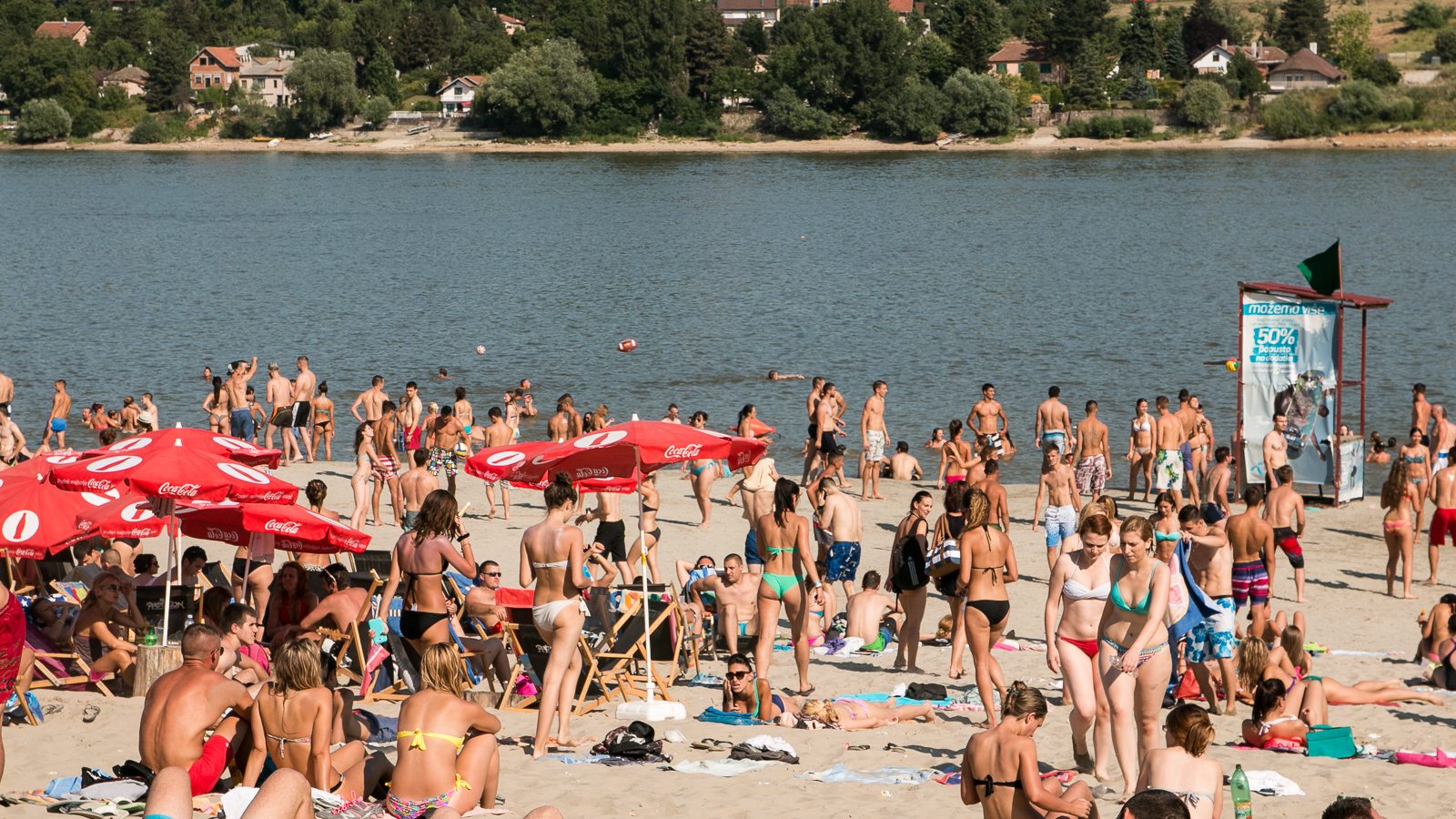 Welcome to Serbia
A beautiful evening in Serbia meant that I could walk to my hostel along the Danube River. With the setting sun, I set out north to the fortress along the crowded riverside beach path which boasted a wide lane for walking, one for bicycles, and one for running. It’s definitely the hot spot of Novi Sad for evening time strolling. A pair of girls tried to sell me a vial of rakia, the local liquor. I didn’t have any local currency so she gave it to me. “I can’t pay you,” I told her. “It is a gift,” she said. “Welcome to Serbia.”

VIP Headquarters
I booked a room two days before the festival started and had zero expectations so I was blown away by the Varad Hostel and Cafe. The wonderful couple that owns the place along with the super friendly staff have transformed a 300 year old building into an oasis — that also happens to be (and I counted) twenty steps from a secret side entrance to the festival. I even stayed for a few extra days and got a sense of Novi Sad without 50,000+ festies tearing up the place. 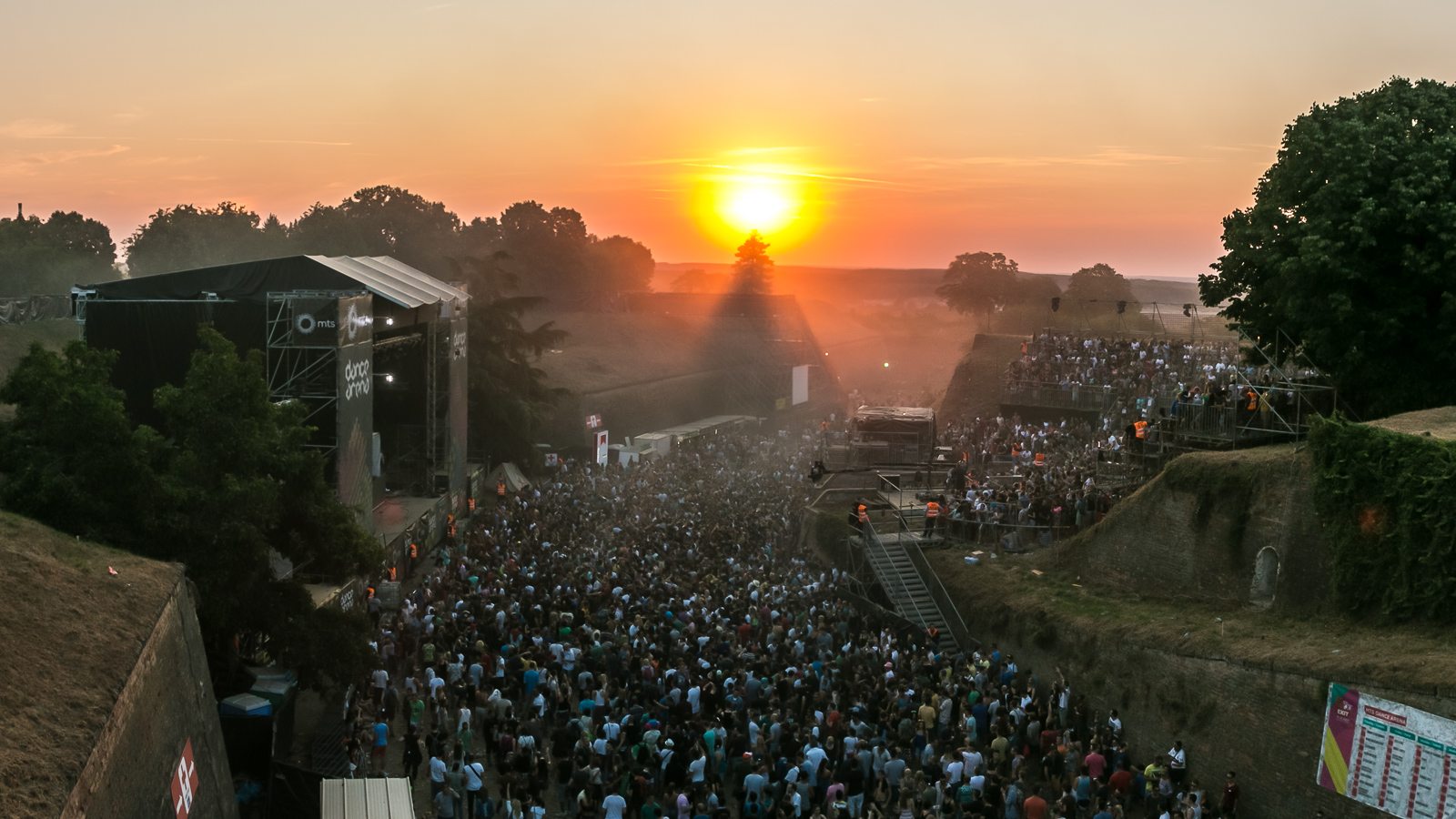 The Crowd at EXIT
One of the most international crowds I’ve seen so far at festivals. Brits and the Dutch represented a good chunk of revelers but I danced with Bulgarians, Americans, Germans, and Croatians just to name a few. Novi Sad is a college city so lots of locals and Belgrade, the nation’s capital, is a short drive away.

Party in the Moat? Why Not?
EXIT takes full advantage of their one-of-a kind venue with stages set up everywhere around the fortress. Two of them are even located at either end of a massive moat, reachable by a steep staircase…or a slide because EXIT. Revelers flocked in force to the Dance Stage to catch an amazing sunrise along with fist pumping beats. I’m almost sure that my two English hostel roommates never left this stage. 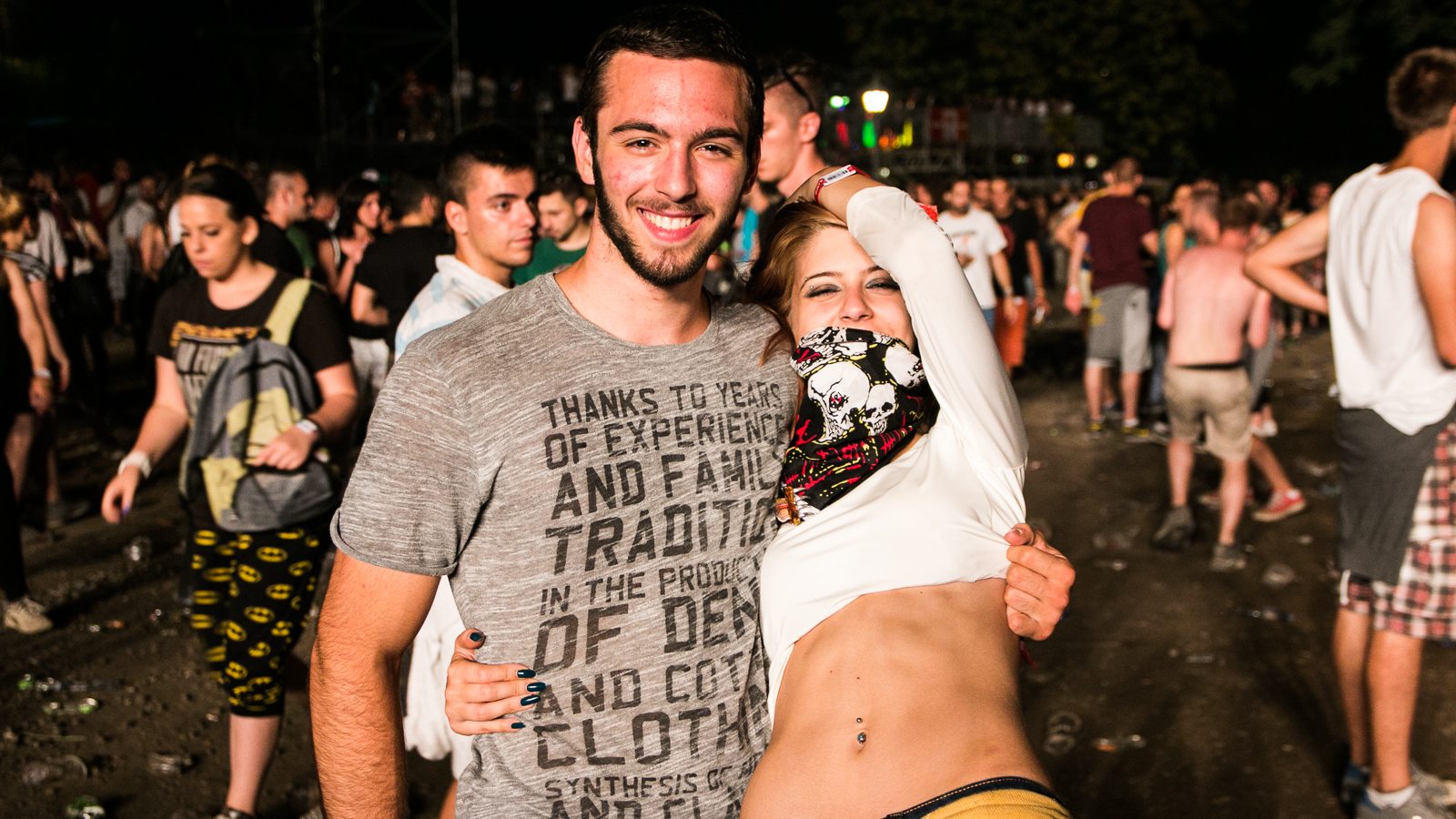 We’ve Got a Place Down By the River
After my sweaty week in Corscia, I took a break from camping hence the swanky digs at Varad, but I did get a chance to check out the real lodging at the EXIT campsite (located 15 minutes away from the festival) . They recently moved it and for the most part the reviews were positive. One Croatian girl lamented the lack of a pool, but most enjoyed the fact that they were located on the Strand — Novi Sad’s version of South Beach on the Danube River. Camping to me appeared clean and quiet. When you have a festival that runs until eight in the morning and after hour parties that last until noon, I’m guessing the campground mostly headlined sleeping. 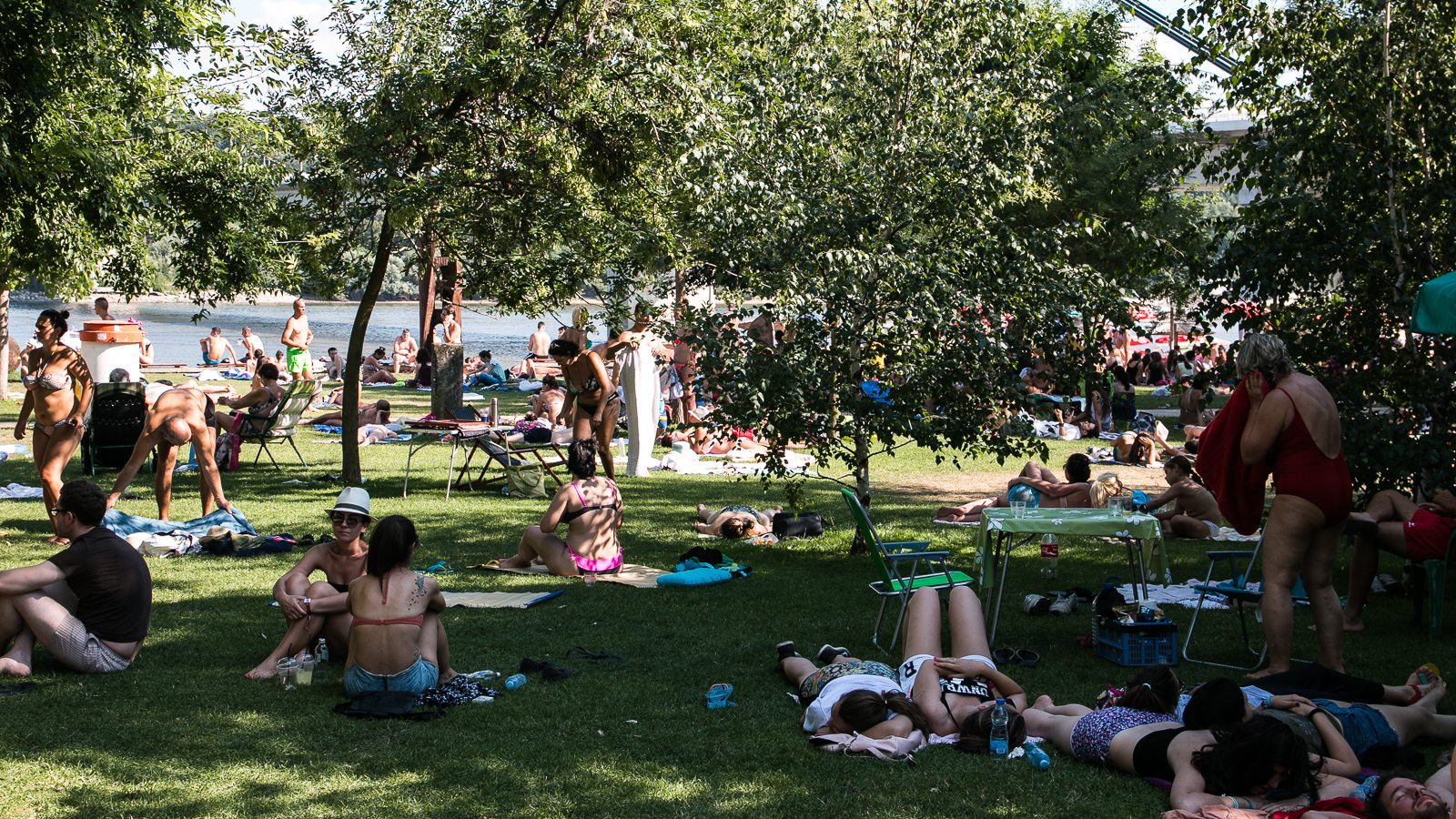 Festival Favorite
Capital Cities absolutely crushed it for me putting on a set that jumped from their hits to covers of Michael Jackson and Saturday Night Fever. The organizer of the festival proposed to his girlfriend, fireworks went off, and Capital Cities went straight into their big hit Safe and Sound. That should have wrapped it up by they kept going with a couple more tunes, a remix of Safe and Sound that shook the ground, and eventually security had to pull the band off the stage.

Final Thoughts
Wild. Crazy. Unexpected. Exceeded all preconceived notions and I was absolutely blown away by the beauty and friendliness of the Serbian people. It’s easy to see why EXIT is quickly becoming a favorite with the rest of the continent. 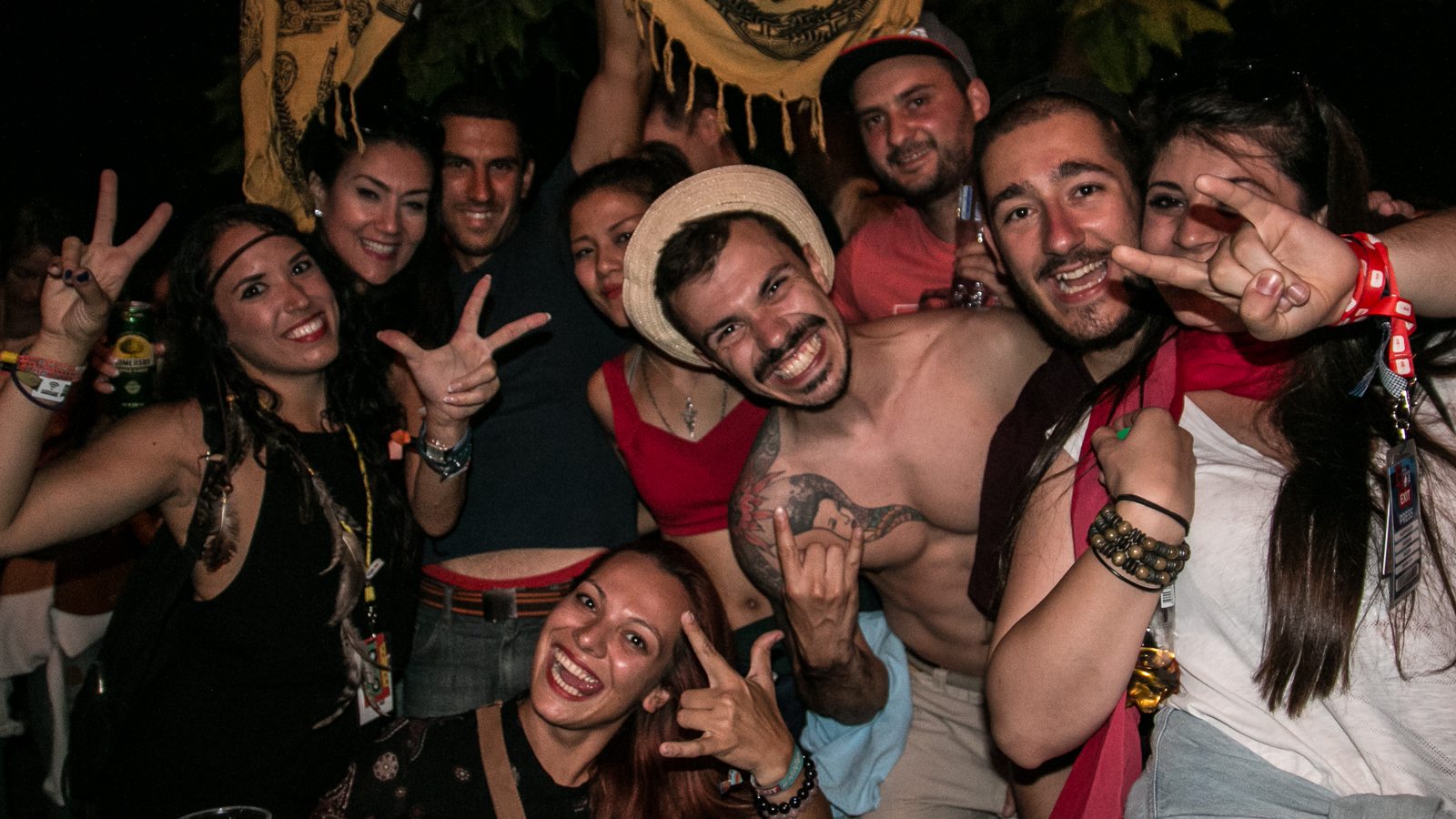