Where Are You This Week: It’s been 98 days on the road this summer, and I’m spending the final 48 hours in one of Europe’s hippest cities at Lollapalooza Berlin. 15 weekends. 15 festivals. 15 countries. Let’s wrap up this year’s 100 Nights of Summer Tour.

Tell Me About The Festival: With five editions around the globe, the recipe for Lollapalooza is pretty standard at this point. Find a massive park in a major city, stack the lineup with incredible headliners, and let the crowd go nuts. This is strictly a downtown festival, which means easy access via public transit, no camping, and a earlier end time for the music.

Lineup Sampler: Radiohead, The Kings of Leon, The Chainsmokers, G-Eazy

What Makes This Festival Stand Out: The headliners. Radiohead is playing their first Germany show since 2012 and Kings of Leon is always a welcome festival act. While I’m usual more on the lookout for festival experiences, this year’s Lolla lineup was a “must-see” for me.

Tell Me About the Venue: Lolla moved this year from the open expanse of an abandoned airfield to the shaded nooks and crannies of Treptower Park. Two years in two different venues is rarely a positive when it comes to the life expectancy of a festival, and I heard some rumblings that the natives weren’t happy with their pretty park being stuffed by thousands of revelers. Treptower was set up with the two main stages nearly side by side and two more smaller stages within a short walk. 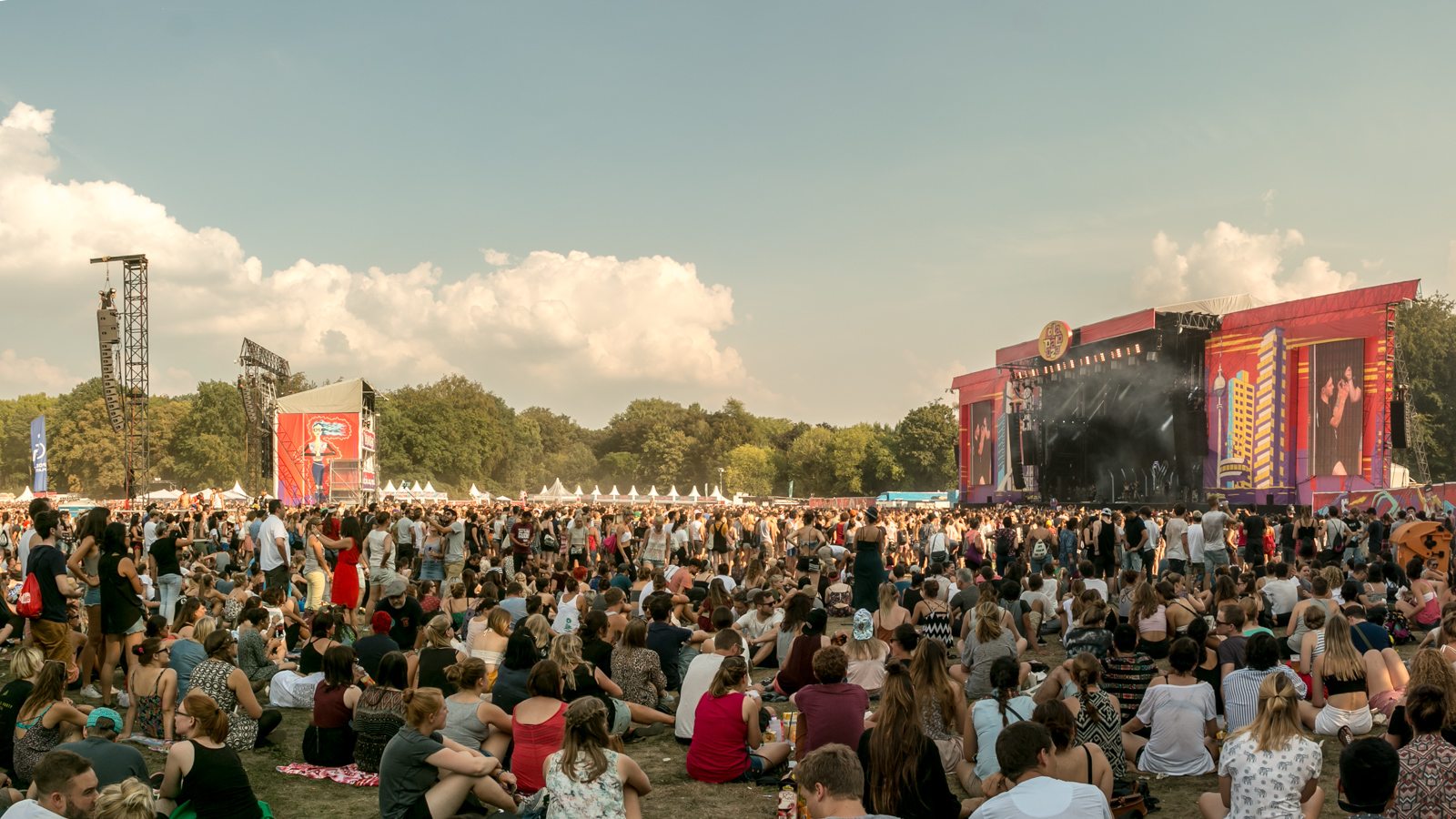 Who Attends This Festival: Unsurprisingly, there’s quite a few Germans at Lollapalooza, but due to the lineup and Lolla’s international branding, there’s a healthy mix of visitors from around the world. I spent the day with new and old friends from Argentina, Belgium, Uruguay, Alaska, California, and Chile just to name a few.

What Would You Change: The cup deposit process. I’m always excited when festivals add a cup deposit policy, which has a massive impact on the amount of litter, but Lollapalooza’s policy was needlessly confusing. There’s no problem charging a $1.00 deposit, but Lolla went the extra (and ridiculous step) of requiring a small plastic chip that you needed to hang onto. 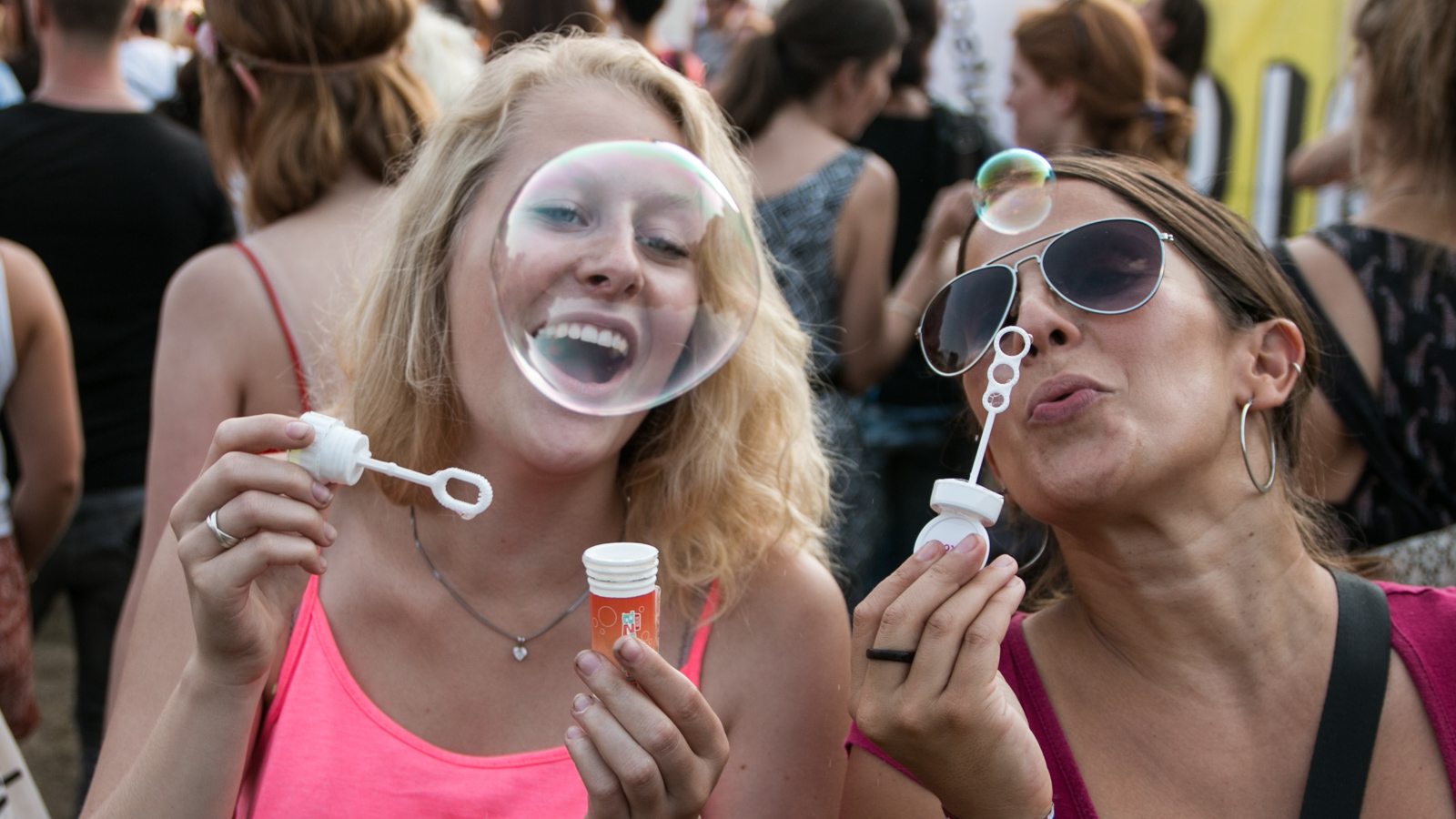 Family Friendly Factor: 5 out of 10. With an area called Kidsapalooza, Lolla has always reached out for more family festivaling. Still, the size of the park and crowd is a little tight for families to fully relax.

Where is it and How Hard is to Get There: Berlin is easily connected to all of Europe with extremely cheap flights from all over the continent. Most flights land south of the city at Schönefeld Airport which will take you about an hour to reach the city.

Where Do I Sleep: There’s no camping at Lollapalooza so you’re sleeping inside. Every hostel sold out and AirBnB rentals started to get pricey, so make sure to plan as far in advance as you can when booking accommodation.

Getting To and From the Festival: Treptower Park is located right on the metro and can be reached from just about anywhere in the city ($3.00 USD/10-60 minutes). Like any downtown festival, arrive early to avoid crowds.

Eating and Drinking: There’s food here, but because the bulk of the festival runs from 4:00 pm to 11:00 pm, you’re better off grabbing a late lunch in the city before heading into the festival.