We Are Doomed: A Series of Horror Stories About Masks

Welcome to Day #22 of 100 Days Of Travel. Today, I’m talking masks. I’ve been in Europe for the entire pandemic and while most people seem to understand the basic concept of this safety device, some do not. These are their tales. 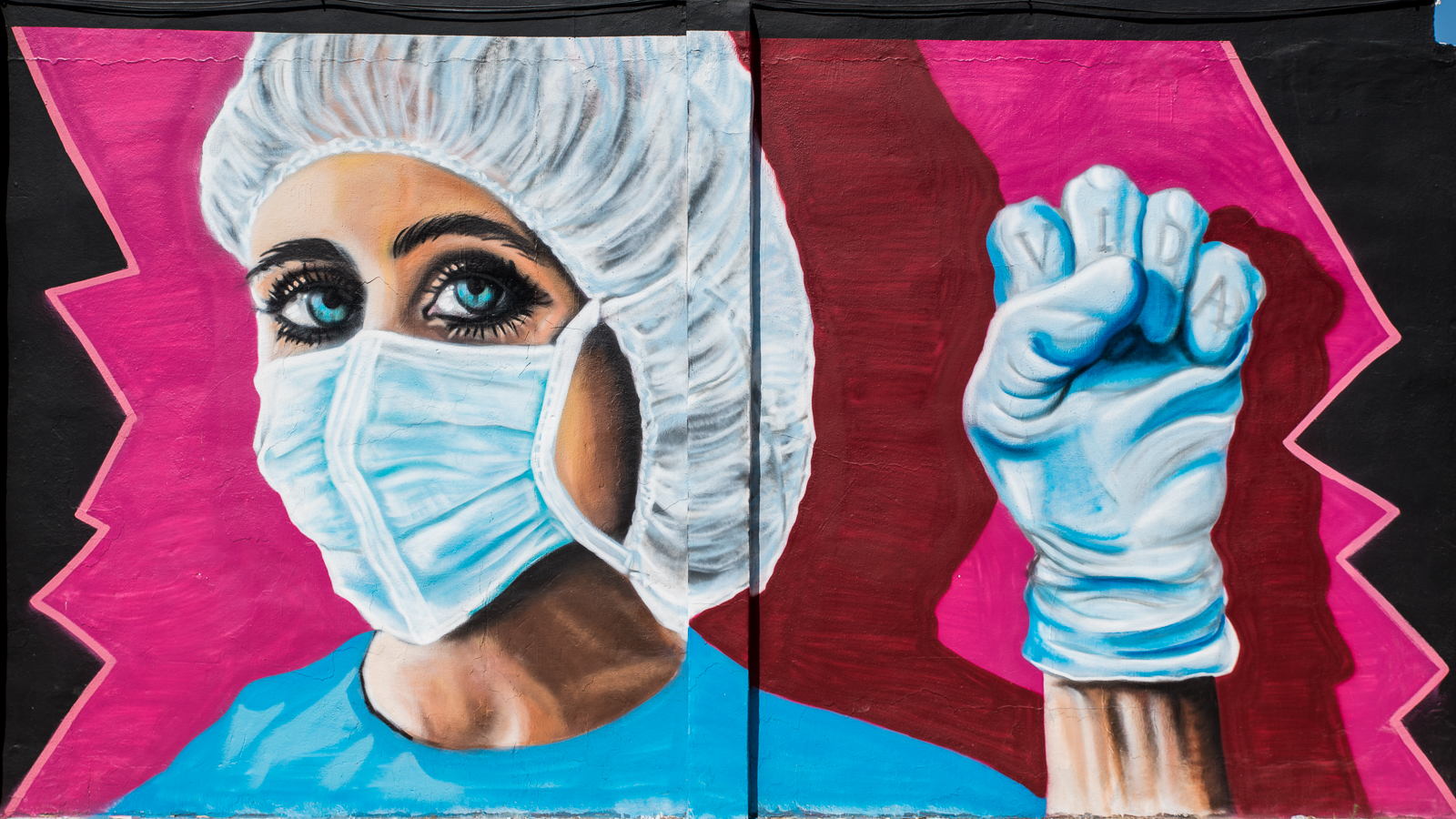 Malaga, Spain: Today, I watched a girl take her mask off, put in on a statue of Picasso, and take a photo. Then she put the mask back on her face. She was not the first person I’ve seen do this.

Malaga, Spain: At the bus stop, I was delighted for the first time to see everyone wearing masks properly. Then a woman took her mask off so she could loudly sneeze all over the glass and bench. 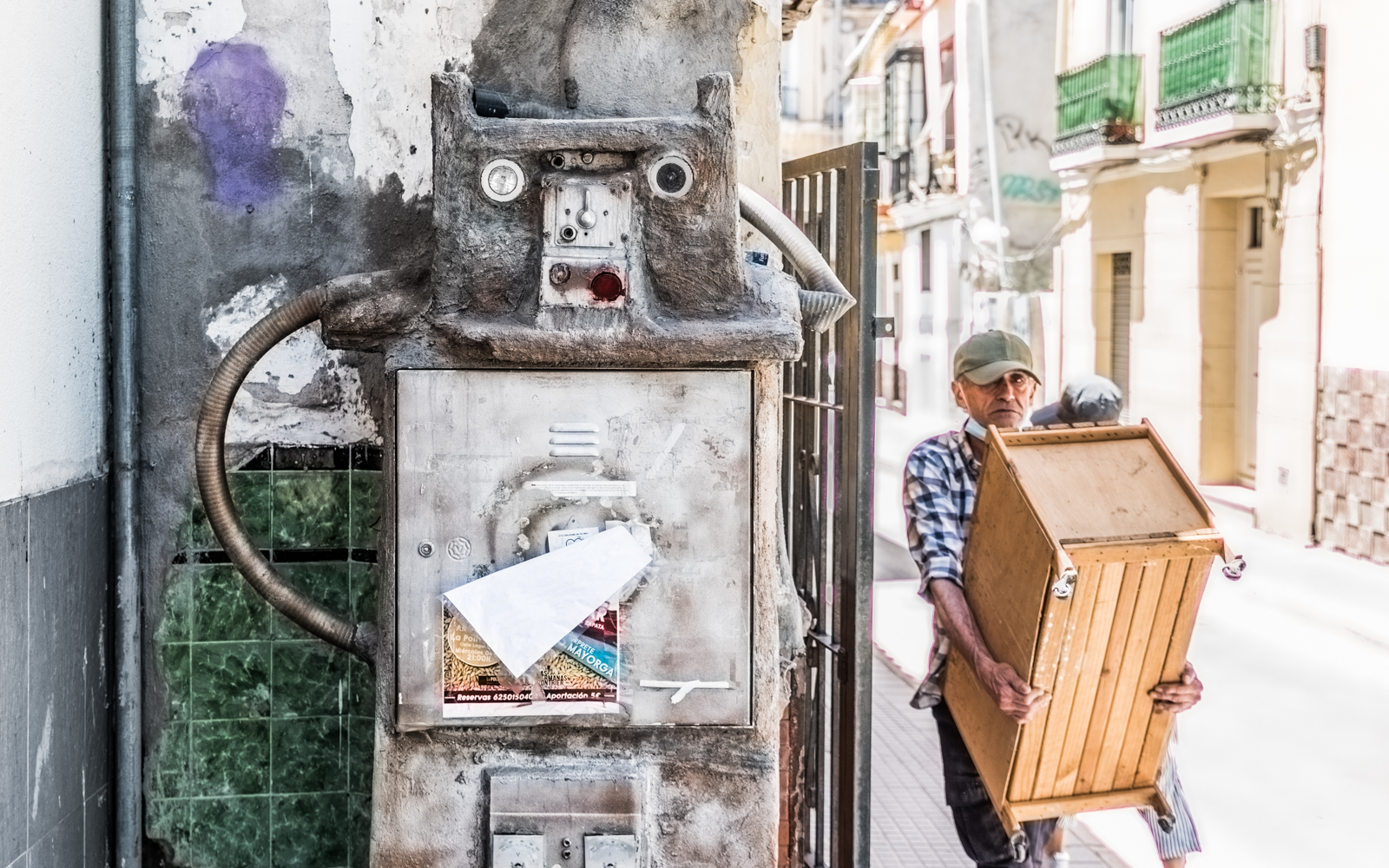 Malaga, Spain: I’m at the edge of the city taking photos of graffiti and under the bridge I find two dozen people not wearing any masks and partying. I should report this illegal gathering to the police but somehow even though I’m alone, live with no people, and wear a mask at all times, I’m also breaking the Spanish lockdown laws. 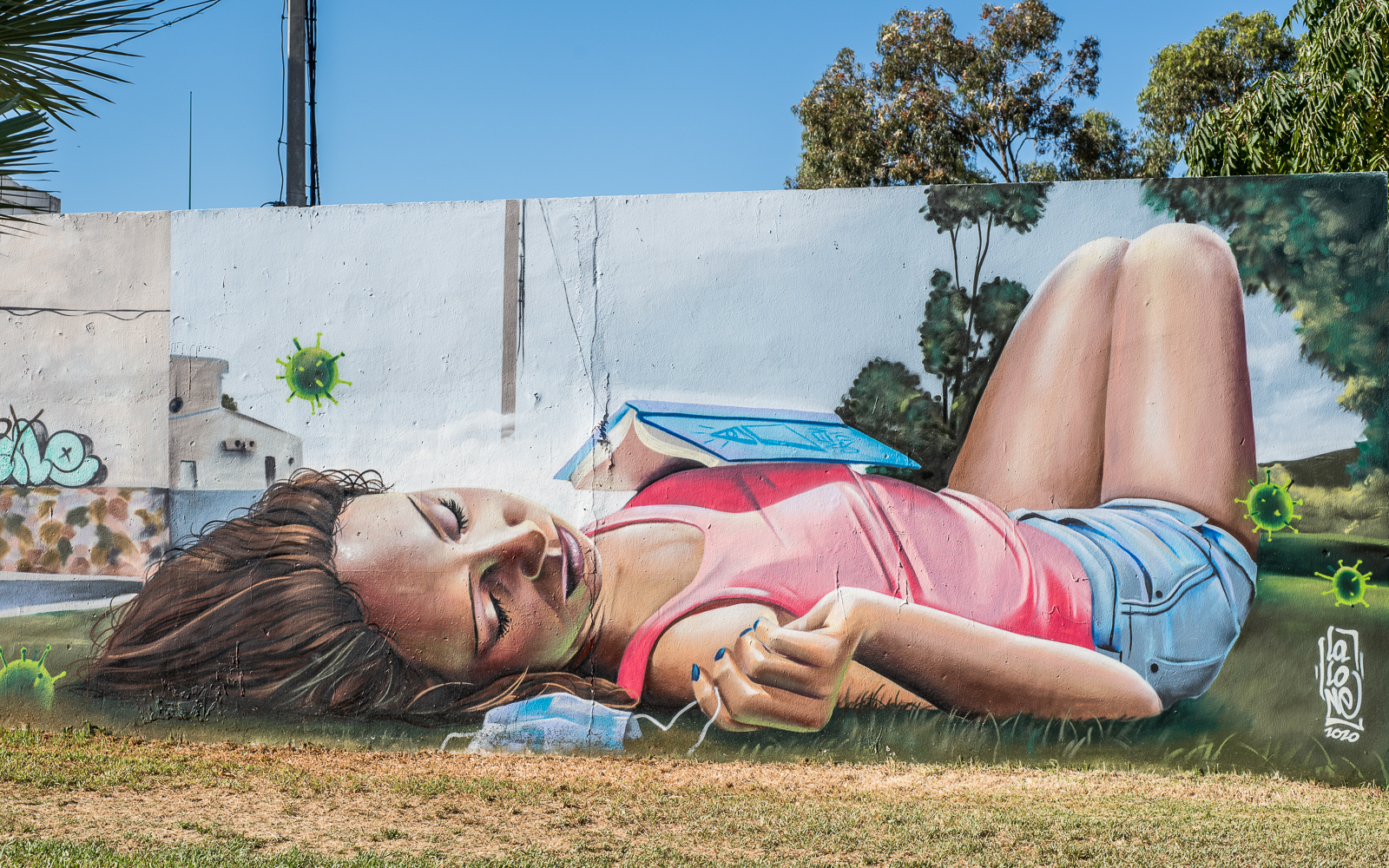 Flight to the United Kingdom: The flight attendant tells the old man on the plane to his mask back on. He complies, waits until she leaves, and takes it back off.

Skopje, Macedonia: The minibus driver isn’t wearing a mask. So to recap, his job is spending long amounts of time with people traveling to and from destinations around the world. He’s also smoking while driving, although secondhand smoke seems like the least of my problems these days.

Luton, United Kingdom: This guy at the Luton airport may look fifty, but the expression on his maskless face is that of a rebellious teen just daring anyone to ask him to follow basic safety guidelines in a crowded airport. Two policemen walk by him and say nothing. 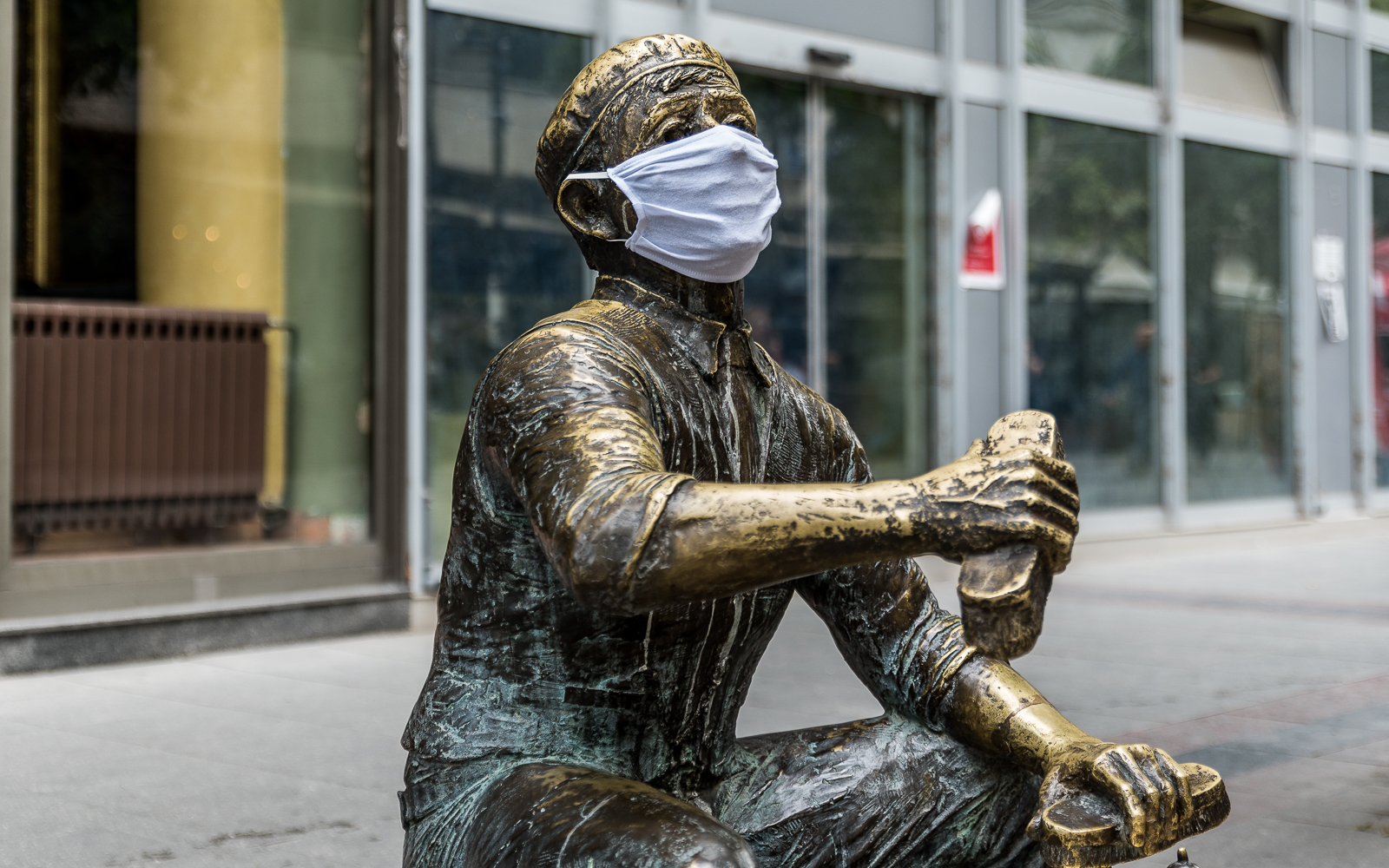 Prilep, Macedonia: A construction worker walks by my table, mask covering only his chin, and he’s coughing like he’s going to lose a lung. But at least he’s not going to lose his balance because he’s using both hands to not cover his mouth while coughing.

Prilep, Macedonia: The man at the table next to me, also wearing his mask under his chin, is shouting into his phone at a rapid clip. To protect his friend from his spit shouting, he has politely turned in the direction of my table. 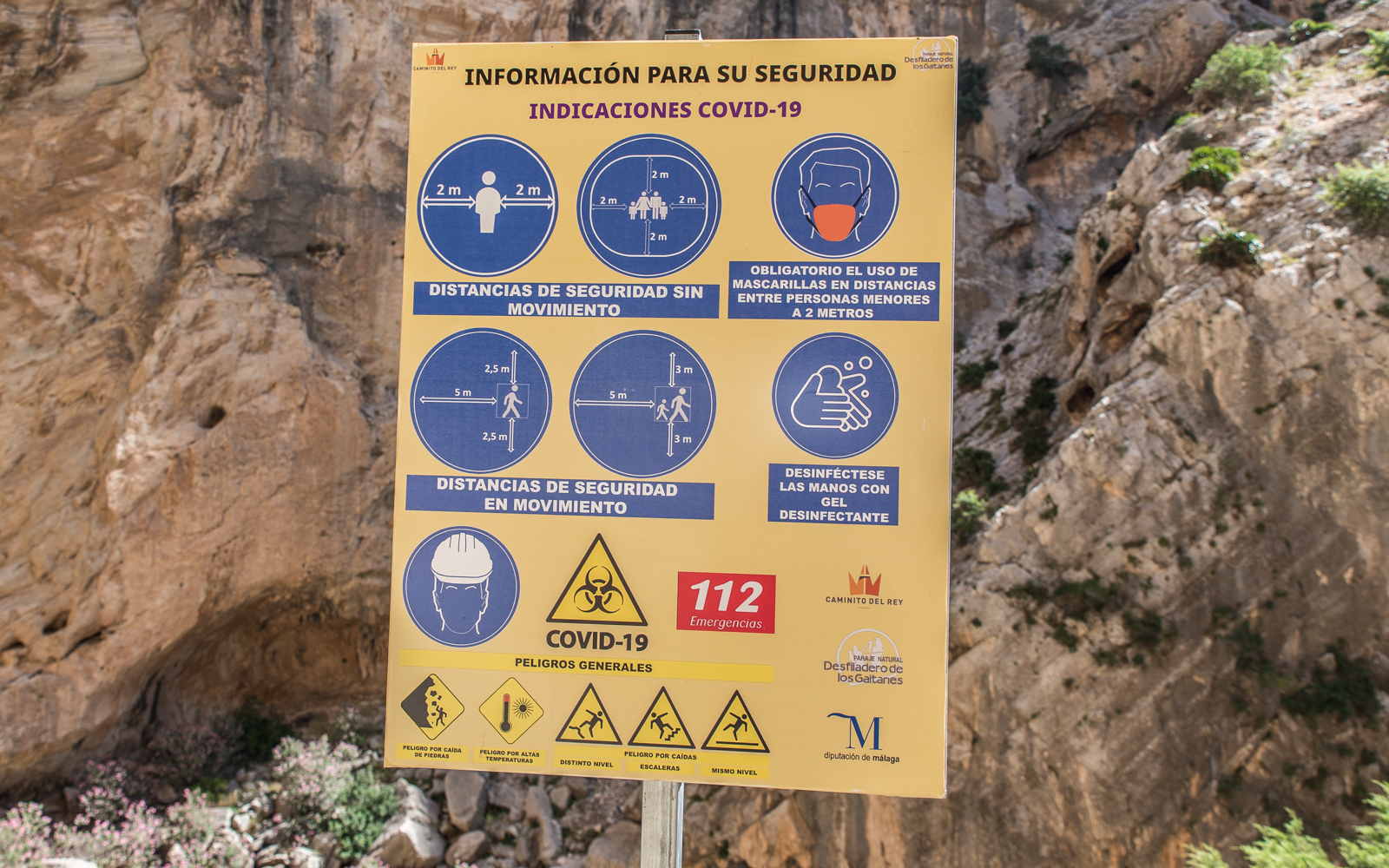 Prilep, Macedonia: A guy walks out of a pharmacy, puts both hands out to his side like he’s about to take flight, and sneezes so explosively that it snaps his neck back. He does not cover his mouth.

Skopje, Macedonia: He’s a young guy, in his twenties sitting in front of me on the crowded bus with his mask dangling off his. When we disembark off the bus at Matka Canyon, a nearly empty nature area, he puts the mask back on. 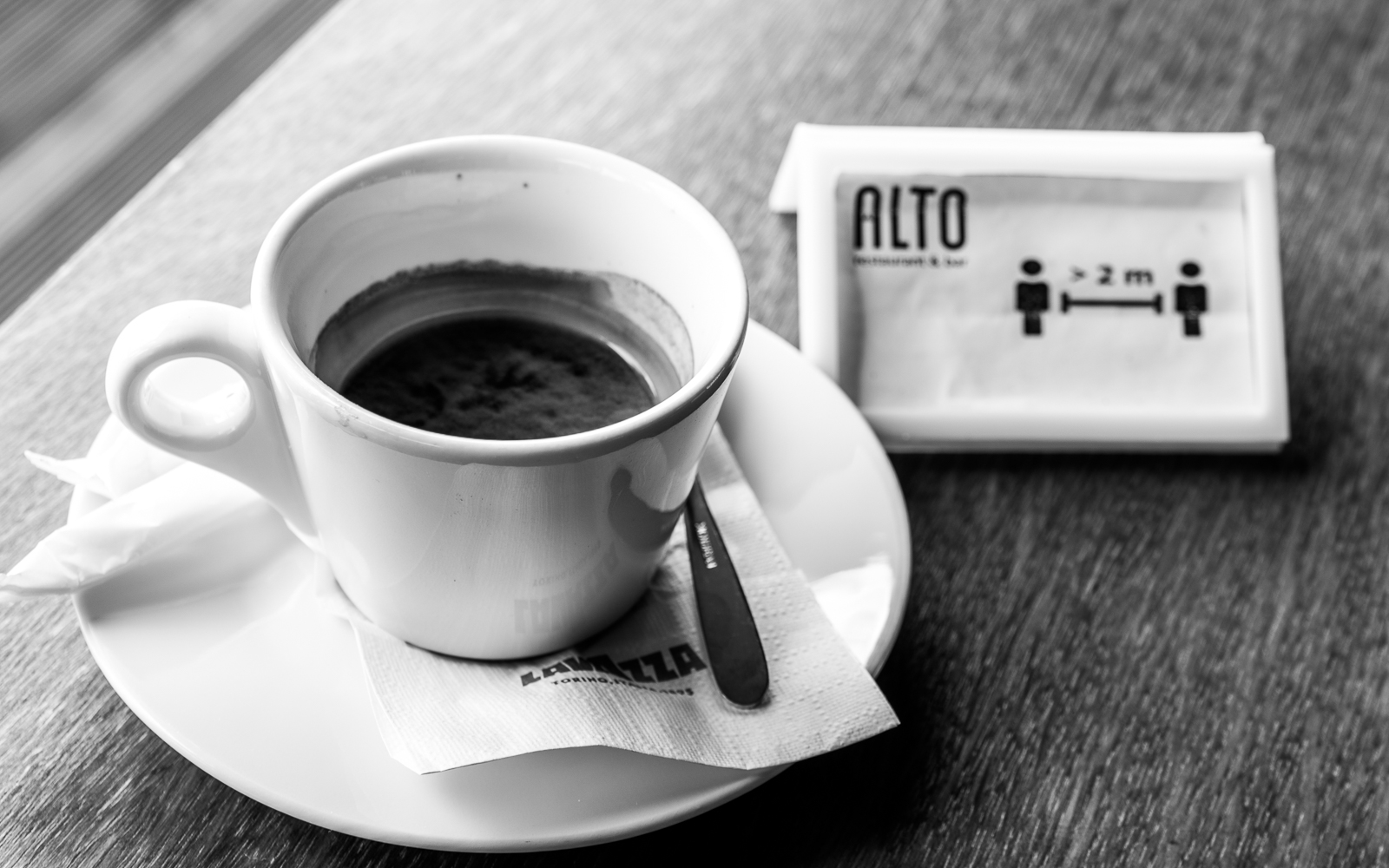 Krusevo, Macedonia: The café is empty so I risk sitting inside for a coffee. The single employee isn’t wearing his mask correctly and coughs every single time he walks by. I put my mask back on.

Gevgelija, Macedonia: The man in front of me at the bus station knows I’m behind him, but doesn’t care when he releases a very long and very wet fart. This has nothing to do with COVID, but I am happy that I’m wearing my mask. 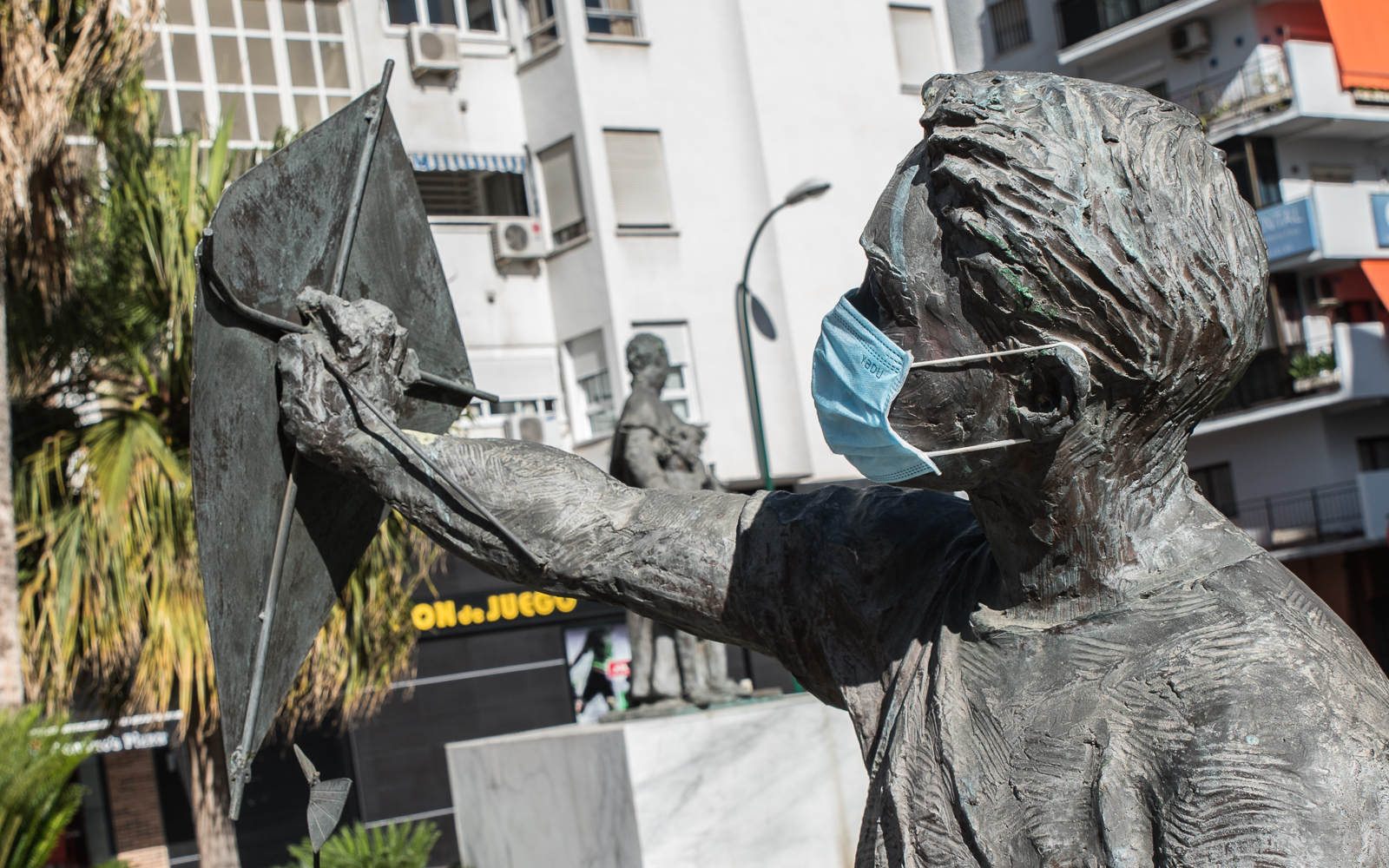 It’s a new world and a new type of traveling. For the next 100 days I’m exploring North Macedonia and Albania as safely as possible.