The above speech is from Eddie the Romanian sailor, who I met on my second run of my second powder morning at Poiana Brasov, Romania’s largest and most modern ski area. Having just finished my initial run of the day, a quick burner through untracked snow down the face of the mountain, I rode onto the six-shooter lift where I met Eddie. I mean, I had to meet him. Who else wears a Boston Bruins jersey over their ski gear? 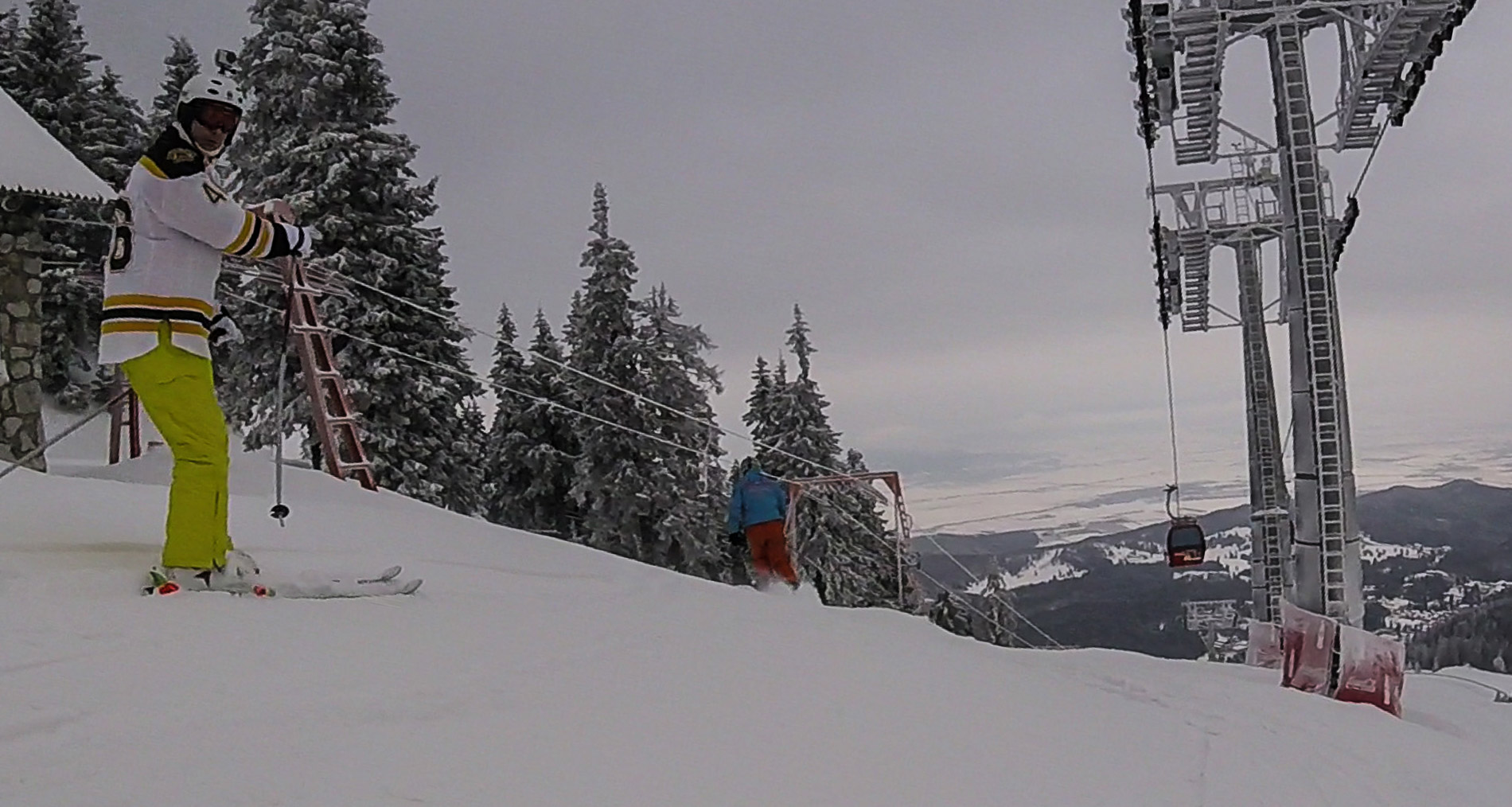 “We will go down this trail,” Eddie told me. “You will follow me.”

Unlike Eddie, I had been here the day before and knew that even with all the new snow, Romania has been hurting for the white stuff for nearly three weeks. Still, Eddie gave that nice speech about fate and crashing into shit so naturally I chased him down under the liftline.

Some beta on Poiana Brasov. Sitting just twenty minutes from the country’s unofficial outdoor capital of Brasov, this ski area is Romania’s version of Vail. There’s a small village up here with everything you might need — hotels, restaurants, ski shops, and snow tubing. For us ski bums, there’s a twenty-minute public bus ($1.25) that runs every thirty minutes and plenty of hostel choices down in the city.

Poiana Brasov is anchored by a modern eight-person gondola and a slightly older tram, both of which get you to the peak (the tram gets you slightly higher). There’s a high-speed six person chair which lets you stay up high and a four-person chair that accesses some short intermediate runs. Like every other ski area, I’ve been to in Eastern Europe, there’s a few extra poma lifts scattered around the mountain that don’t seem to ever be running.

I ended up catching a small storm cycle that started on Tuesday and continued to churn out snow showers until a sunny, sunny, Wednesday.

Let’s call the visibility on the first day…challenging. 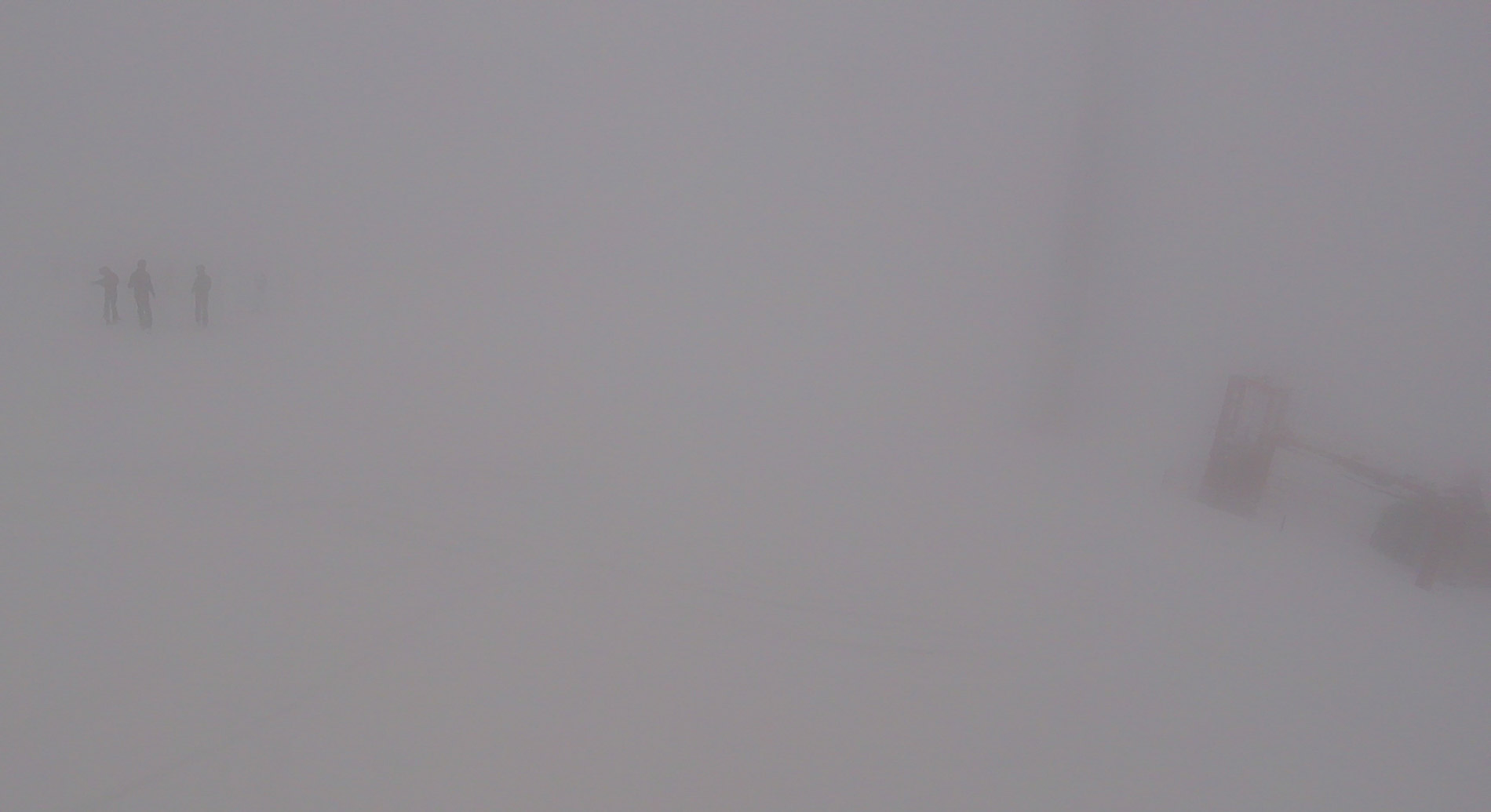 During the whiteout, I made a wrong turn and left the trail. After a few turns, I realized I was leaving the ski area so I stopped and took off my board to hike back up to the trail. A dozen other skiers had followed me. They didn’t seem too happy.

Poiana Brasov isn’t that large, but in an amazing twist of fate, Romanians like going off-piste even less than Bulgarians, so that the powder on runs in the trees, under the lifts, anything steep, and along the sides of trails lasts until well in the afternoon.

While not nearly as large as Bansko or Borovets, Poiana Brasova is definitely worth a weekend trip for some riding. The views of the Carpathians are incredible and the slopes are long enough to keep things interesting. 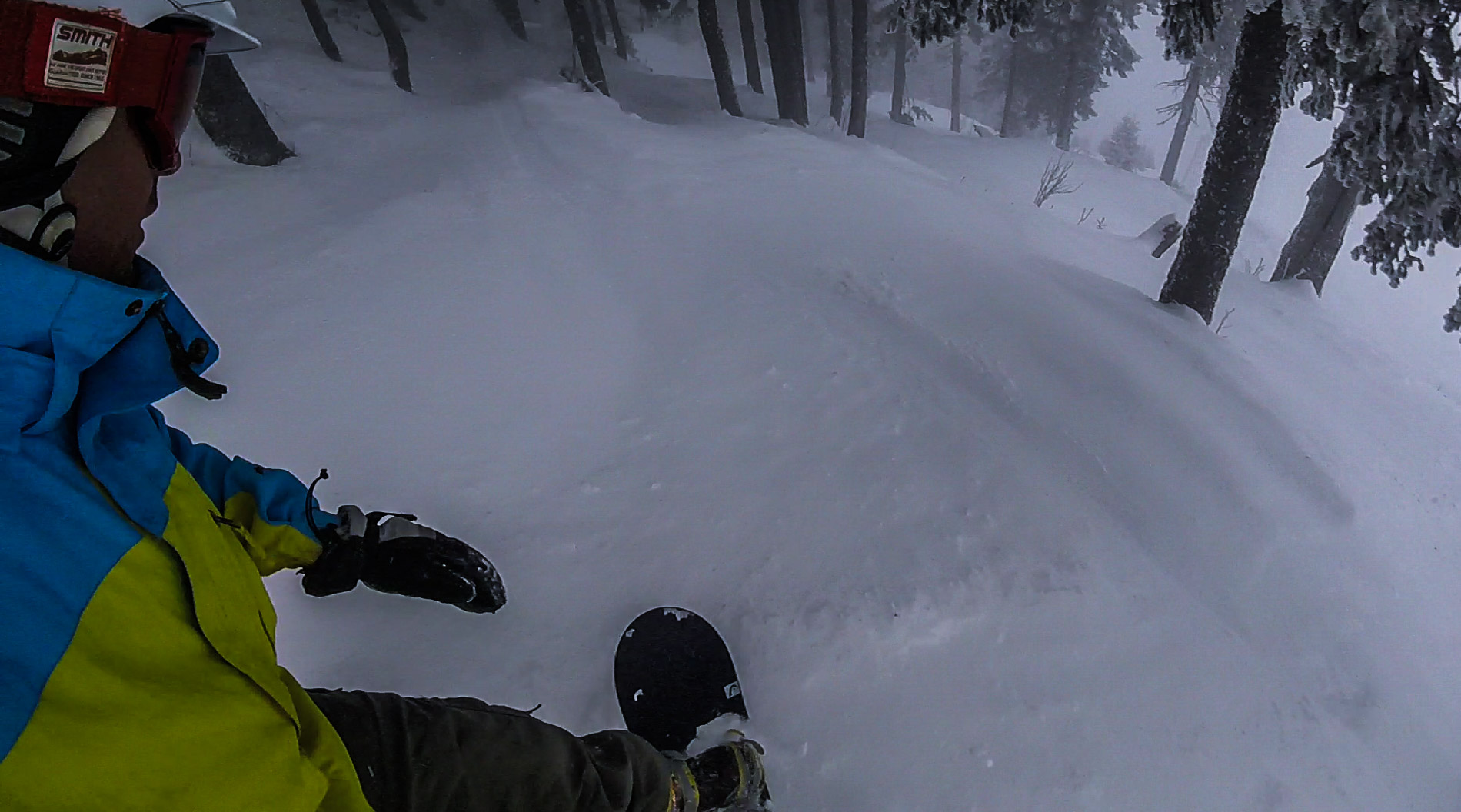 That other set of tracks belong to me #humblebrag

This week’s edition of me shaking a camera while pointed at my snowboard comes equipped with audio as I want you all the experience the constant creaking of my bindings during every. single. turn.

If you’ve ever thought to yourself, “Sure, nature is great, but wouldn’t it be better with loud shitty club music?”, Poina Brasova is way ahead of you. The six-shooter lift is equipped with a massive soundsystem. I mean, speakers on every lift, blaring out Justin Timberlake, Bruno Mars, and basically, every song you might hear at the mall or on a Bulgarian bus. While navigating the slighly treacherous section towards the end, all I could hear was this terrible rap song daring me to “Break yo’ leg. Break yo’ leg. Break yo’ leg.”

Eddie the Sailor had a lot to say about life. One of his other inspirational speeches: “All these expensive electronics won’t bring you happiness. You return from a trip and a year later, you don’t recognize any of the photos because you spent the whole time looking through the camera lens. You need to take pictures with your eyes and with your heart and fully live life.” I pointed out that he was wearing a GoPro on his helmet. “Well, yes, this also takes very good pictures.”

Song of the Day
Obviously, it’s the “Break yo’ leg” song, but since I can’t track it down on YouTube, we are going with this Romanian hip-hop dance lesson instead.

Up next! I treat myself to an tasty local meal and end up nearly shitting myself to death!