The Scene: The Big Names Come Out to Play @ Open’er Festival 2016

Where Are You This Week: I’ve left Western Europe and have trekked to the far northern reaches of Poland. This weekend I’m attending Open’er Festival (my first Polish festival!), just outside the city of Gdansk. There may be bigger festivals in Poland, but nobody brings out the star power like Open’er. 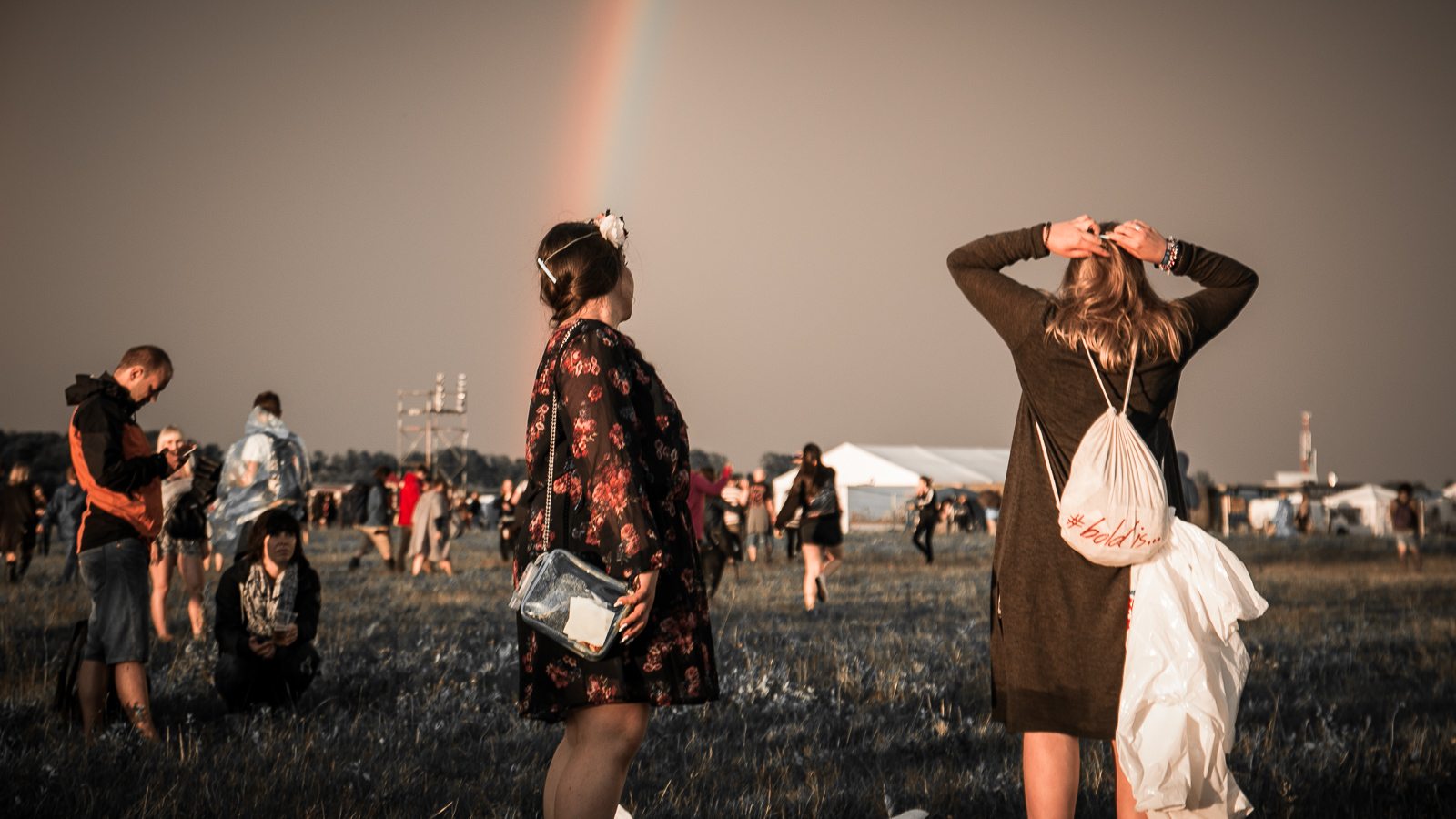 What Makes This Festival Stand Out: First time artists. Since 2002, Open’er has been responsible for bringing artists to Poland for the first time. Like a certain festie checking out a new country via a music festival, there’s a particular sort of energy that comes from artists and their inaugural experience in a new place. 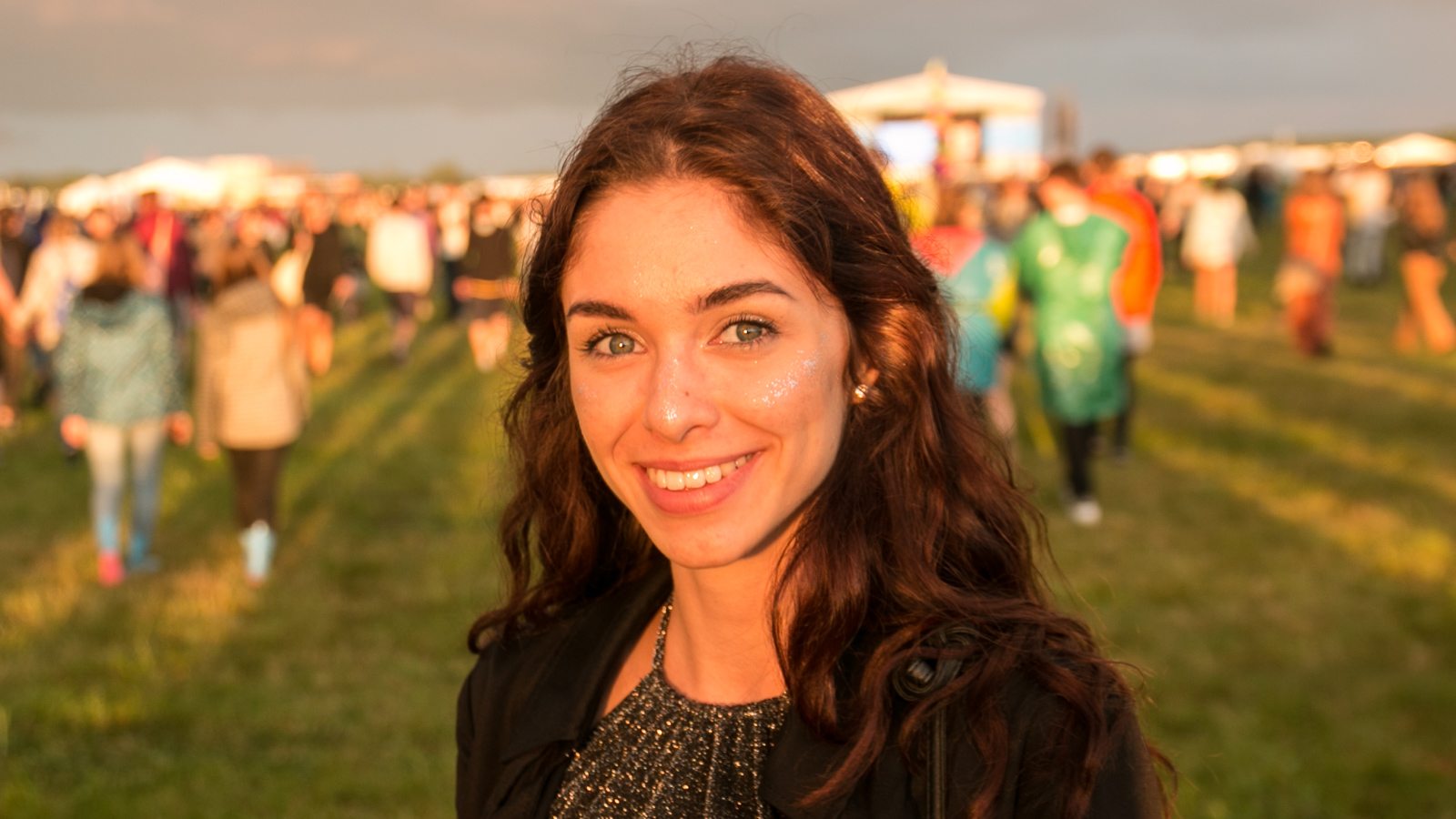 Musical Highlights: Florence + the Machine continue to be a reliably strong headliner, and took over the first night after Tame Impala with another solid set. My festival family gave high marks to Red Hot Chili Peppers and LCD Soundsystem headlining sets, but my favorites were Foals on Friday and Grimes on Sunday.

Who Attends This Festival: This is a strongly Polish festival, but word has been getting out over the past few years and the English have begun to show up on the edges. The cheaper ticket prices (along with the cheaper drinks) means that Open’er can expect to become more diverse in the upcoming years. My daily crew from the hostel included Americans, Australians, a couple of dudes from Iceland, and an Argentinean. 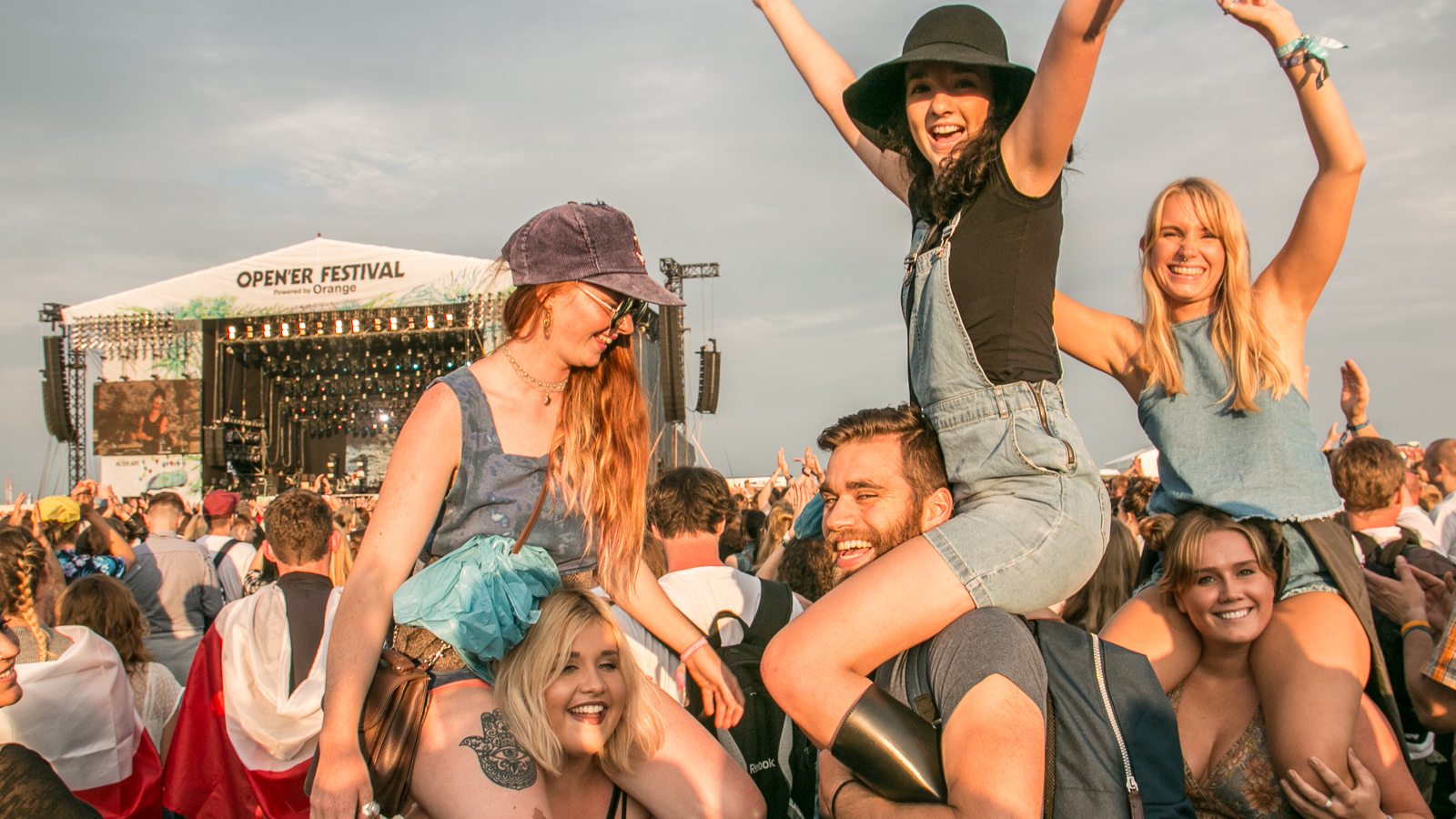 What’s the Venue Like: This is my first of two weekends festivalling at an airport and I already enjoy the freedom of being able to stretch out at the Gdynia-Kosakowo airfield. An absolutely gigantic main stage anchors the festival at one end, with two more large tent stages further out in the field. In between are the assorted bars, food, and shopping common at a mega-festival. My top-pick: The small bunker tucked into the side of the hill used for the Silent Disco.

What What You Change: All that empty space means the stages are really spread out to minimize sound interference. That means walking. Lots of walking. The campground is over a kilometer away from the main entrance, and if you’re taking the shuttle, it’s even further. I would love to see the area tightened up a bit.

Would You Go Back: Yes. And this time I would camp. There was a slight miscommunication that resulted in me having to stay in the neighboring city of Gdansk. On the positive side, with all that rain, I probably had a more comfortable weekend than most of the other soggy campers.

Family-Friendly Factor: 3 out of 10. While this seemed like a perfectly chill festival, I saw very few children. Leave the bairns at home for this one.

Stray Observations: It rained quite a bit at Open’er this year, with it really coming down at times. The covered Tent and Alter Stage turned into the most popular places to hang out in between the downpours, with the cozy atmosphere lending itself to meeting fun people. 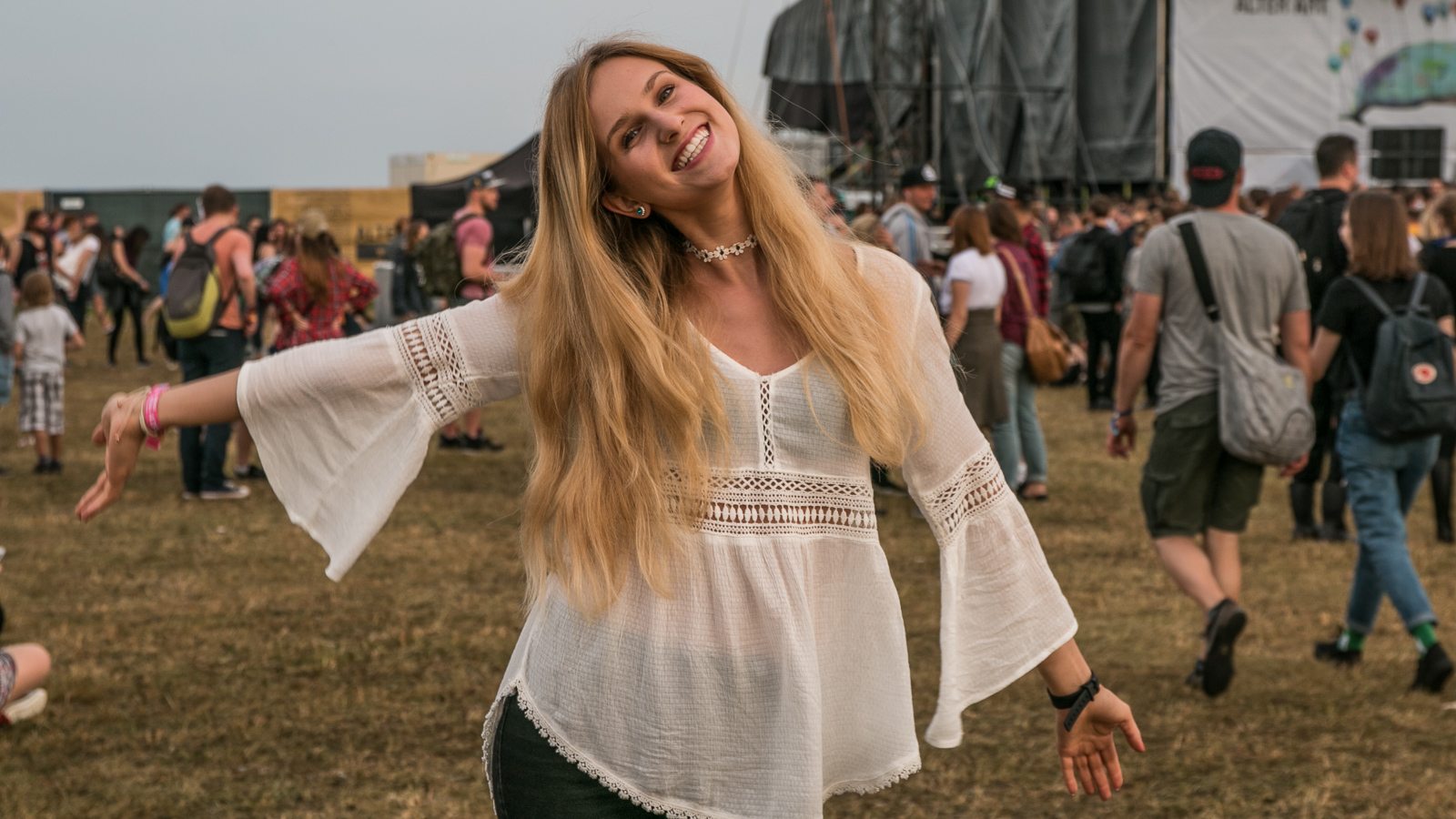 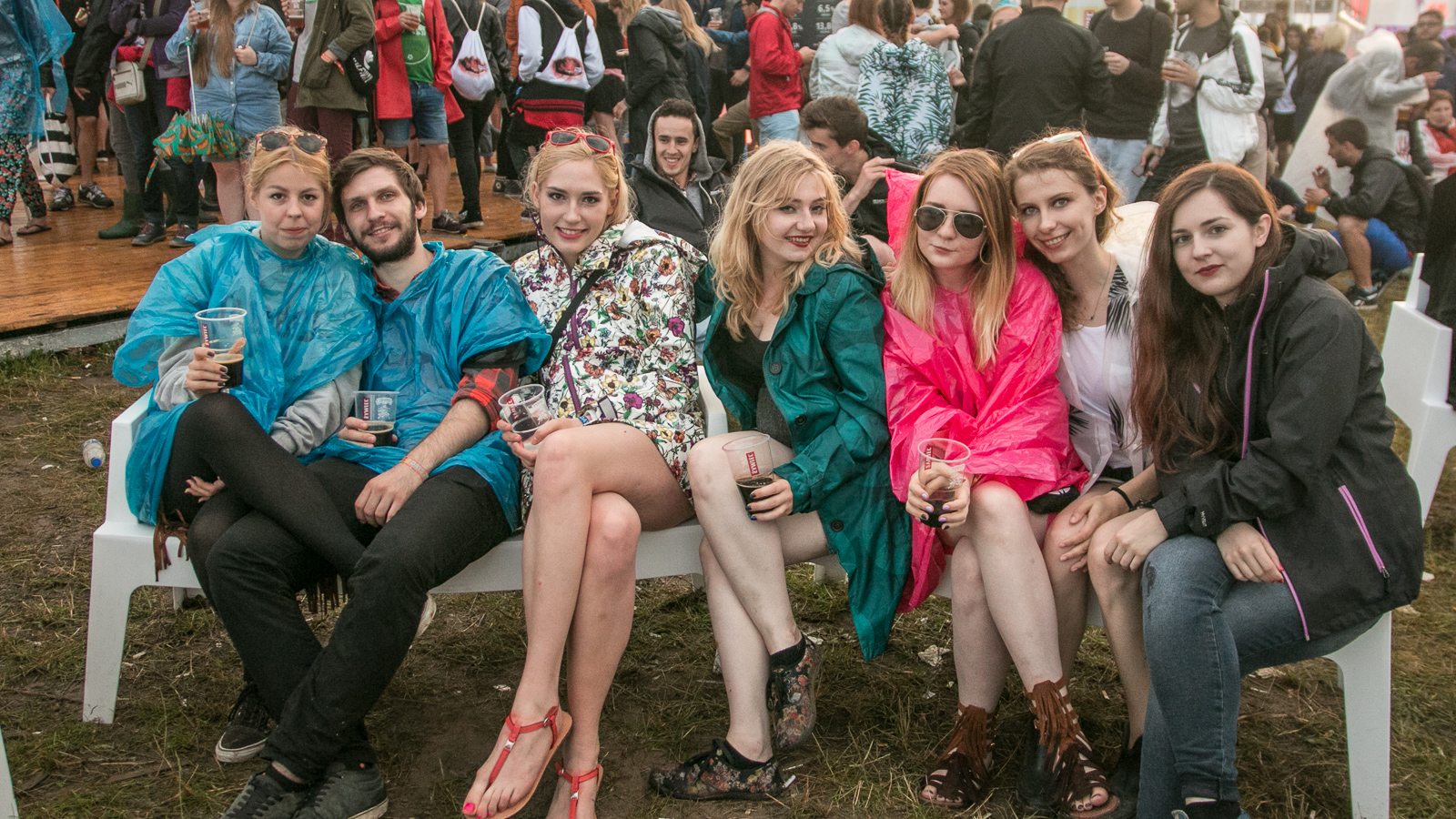 Where Is it and How Hard is it to Get There: Gdynia is about 30 kilometers north of Gdansk, which is th major city and transportation hub of the city. There are plenty of affordable flights to Gdansk and numerous trains to reach Gdynia.

Where Do I Sleep: Camping at the festival or hostels in Gdynia. While I had nothing, but fun with my hostel crew, you’ll want to bring a tent and stay at the grounds.

Getting To and From the Festival: While there are places to stay in Gdynia, most of the day trippers are staying in the much more affordable Gdansk. There are trains every hour connecting Gdansk to Gdynia, and shuttle buses that connect Gdynia to the festival grounds. Be warned, it can take some time to catch the shuttle bus. It typically took us 60-90 minutes of travel to get from Gdansk to Open’er. 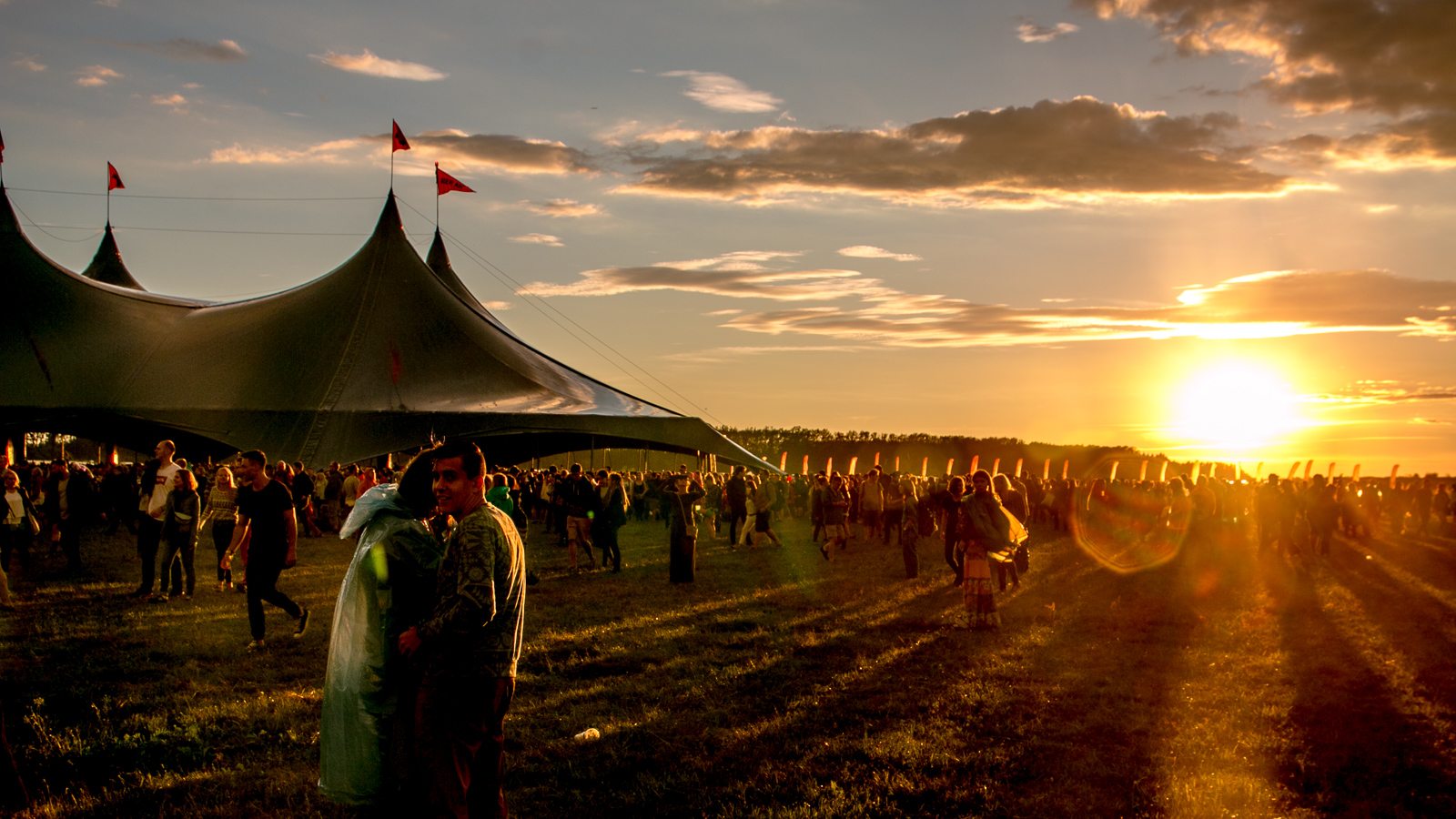