I Hiked: The Mellow Ridges of Skolivski Beskydy (Skole, Ukraine)

Most of my hiking inspiration comes from Google Images. I’ll see a photo like the one below with a couple of hikers trekking across a mellow ridge, and think “this looks like a beautiful hike where you most likely won’t snap your ankle in sliding rocks.” 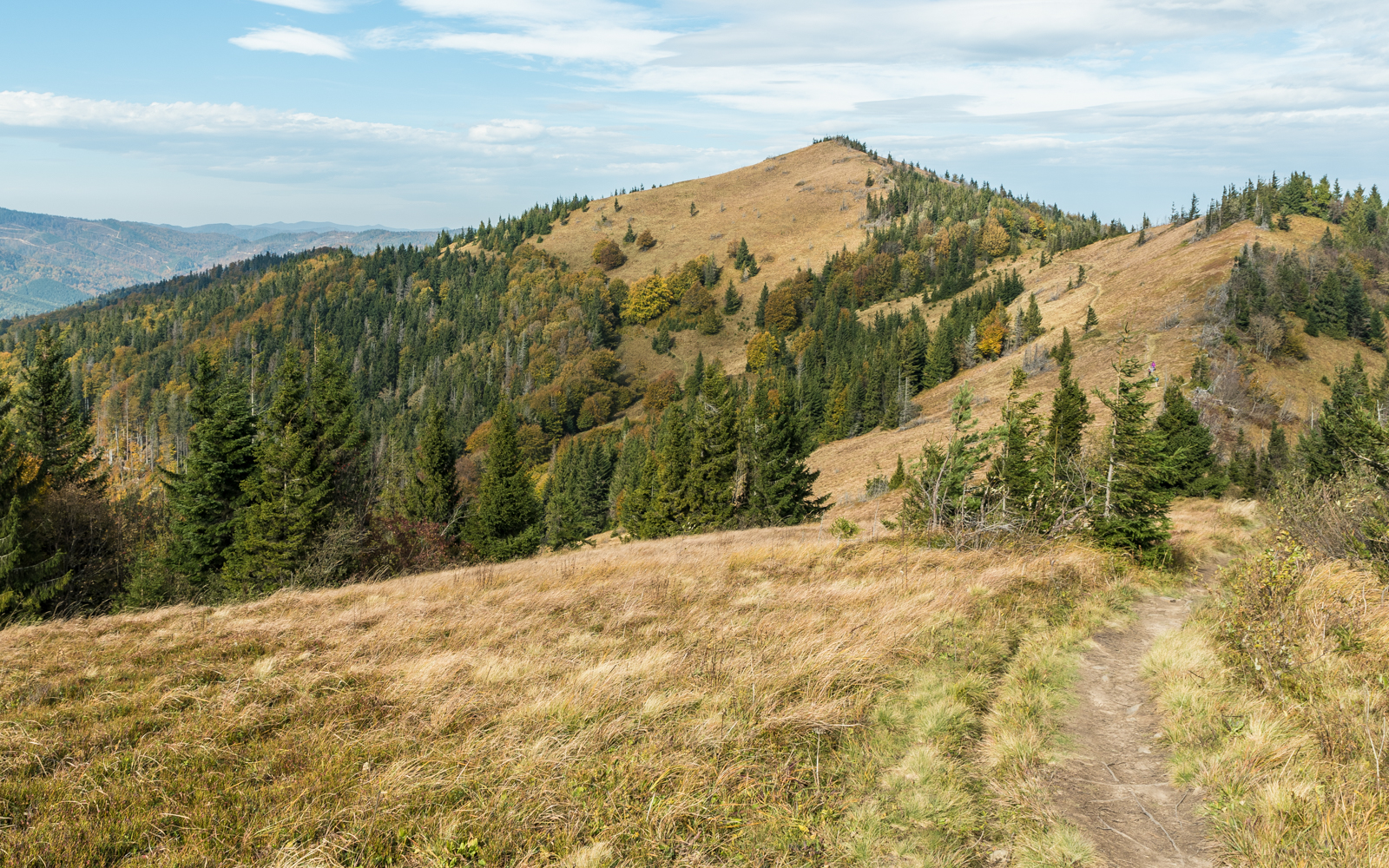 This weekend, I’m off to Skole National Park, about 90 minutes southwest of Lviv. Unlike Yarmenche, Skole is most decidedly not a tourist village, but still an adequate base to explore the park. I’m looking at my photos right now trying to find some pictures of the village. All I have is a shot of a the train station. Again, Skole the village is not the most exciting place.

After consulting with a few local hikers in Lviv, my goal was to summit Mount Parashka. The guy who helped me find a map of the region back in Lviv, noted that there was a second way down the mountain, but “it’s not marked very well here, here, and here.” He was right on all accounts.

The trek starts Ukrainian enough, with a slippery and steep trail heading directly up the mountain. After you pass the point where it’s too dangerous even for the dirt bikers, it starts to mellow out and leads out onto this windy and sunny ridge. 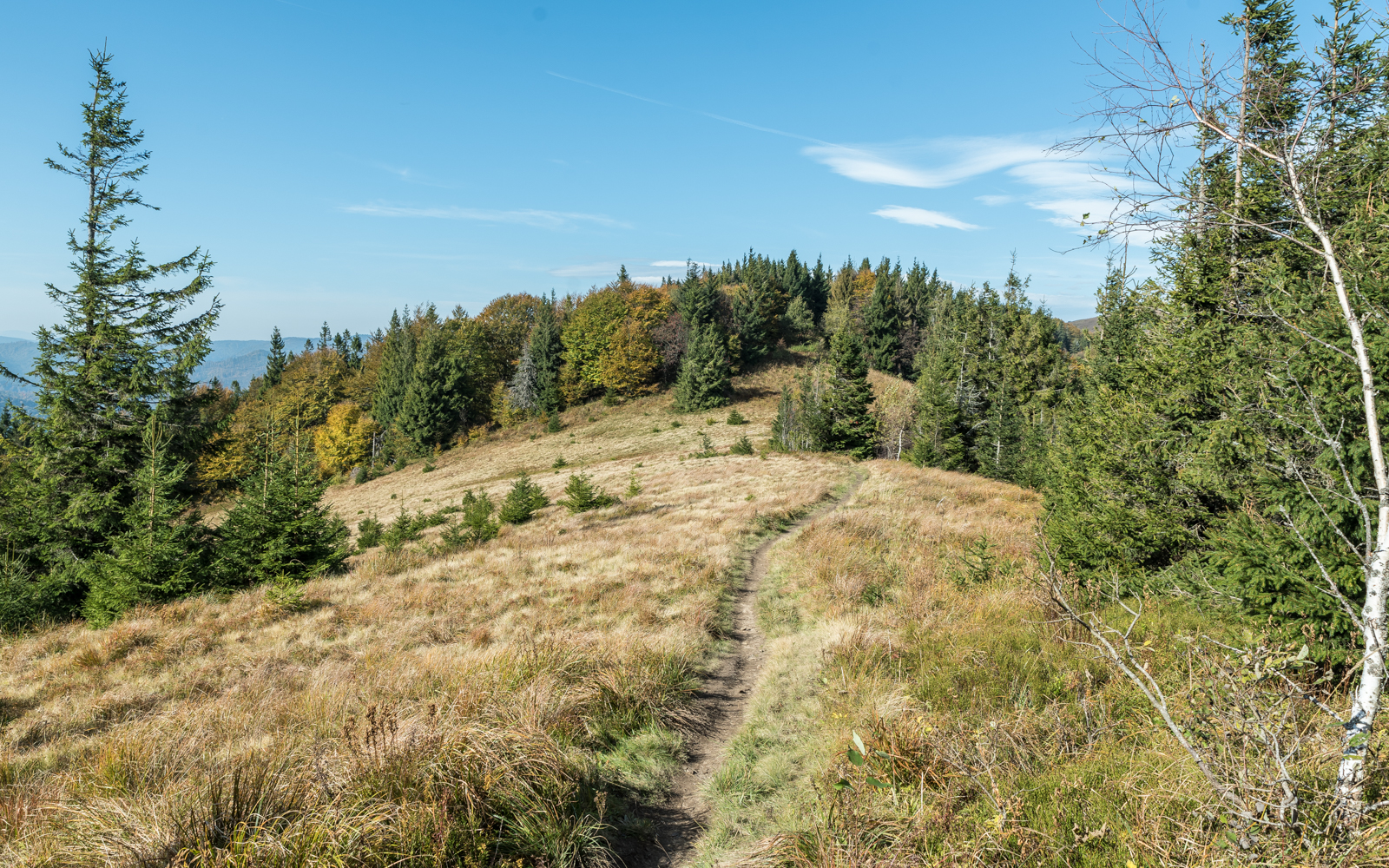 I met an older local couple up here who showed me some edible berries and offered some more advice on the trail less traveled down the backside of the mountain. Apparently if I could get to the village on the far side of the ridge there was a 6pm public bus back to Skole. I also understood less than one out of 10 words during our entire conversation. 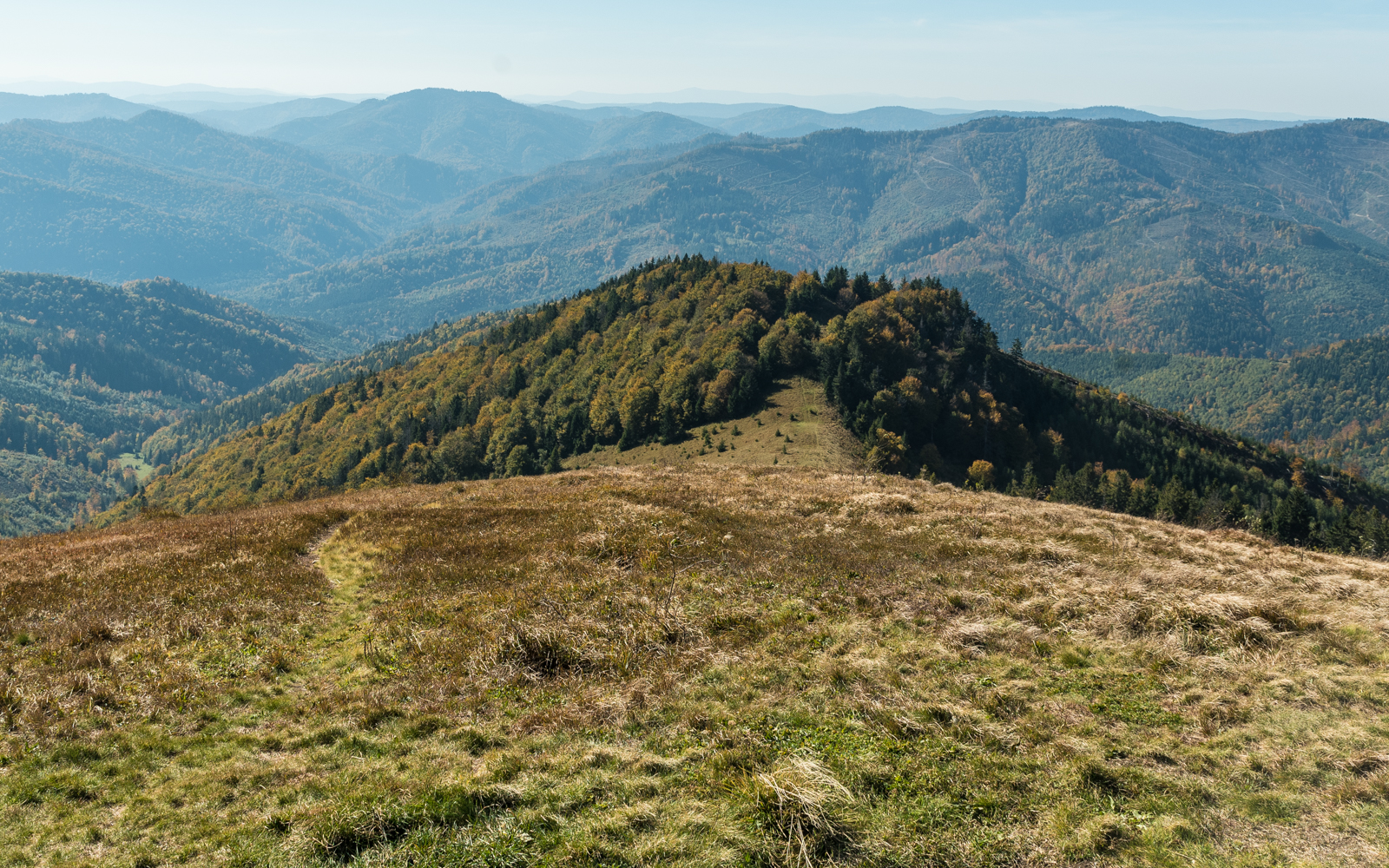 When the trail suddenly disappeared on the top of a small ridgeline two hours from the summit, I wasn’t too surprised.  After thirty minutes, I eventually gave up trying to find the disappearing path and struck into the forest. 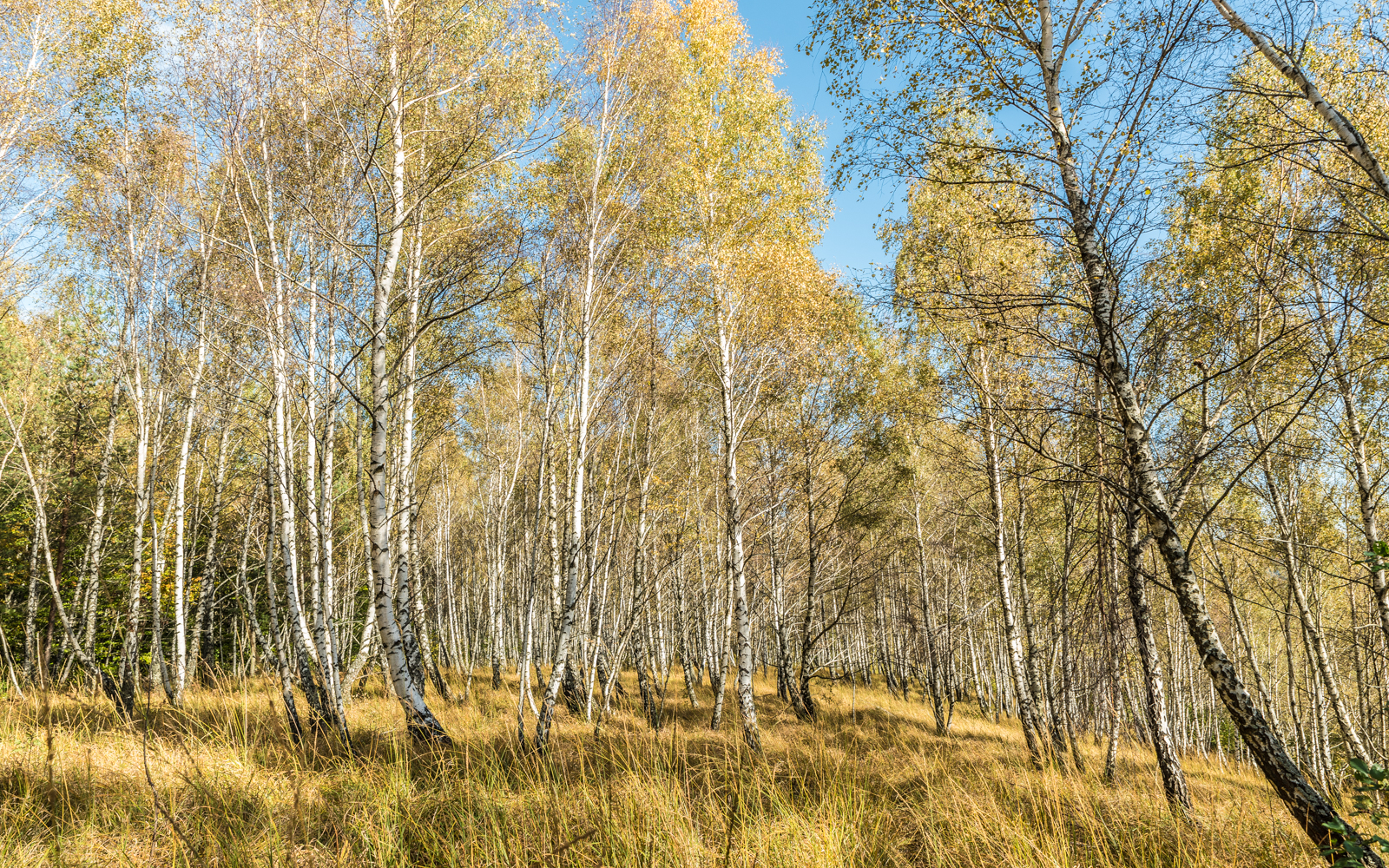 At this point my mother is probably hyperventilating while reading this, so let’s pause for a moment on hiking preparation. My planning always involve the remote possibility that I’ll have to spend at least a night or two on the mountain. Before going on a long hike like this one, I check the weather for incoming snowstorms, freezing temperatures, or big rainstorms. I always bring along a lighter for fires, a physical map, digital maps with GPS via my phone, a portable charger, my headlamp, an extra layer, a small first aid kit, an insulated jacket, and rain gear. 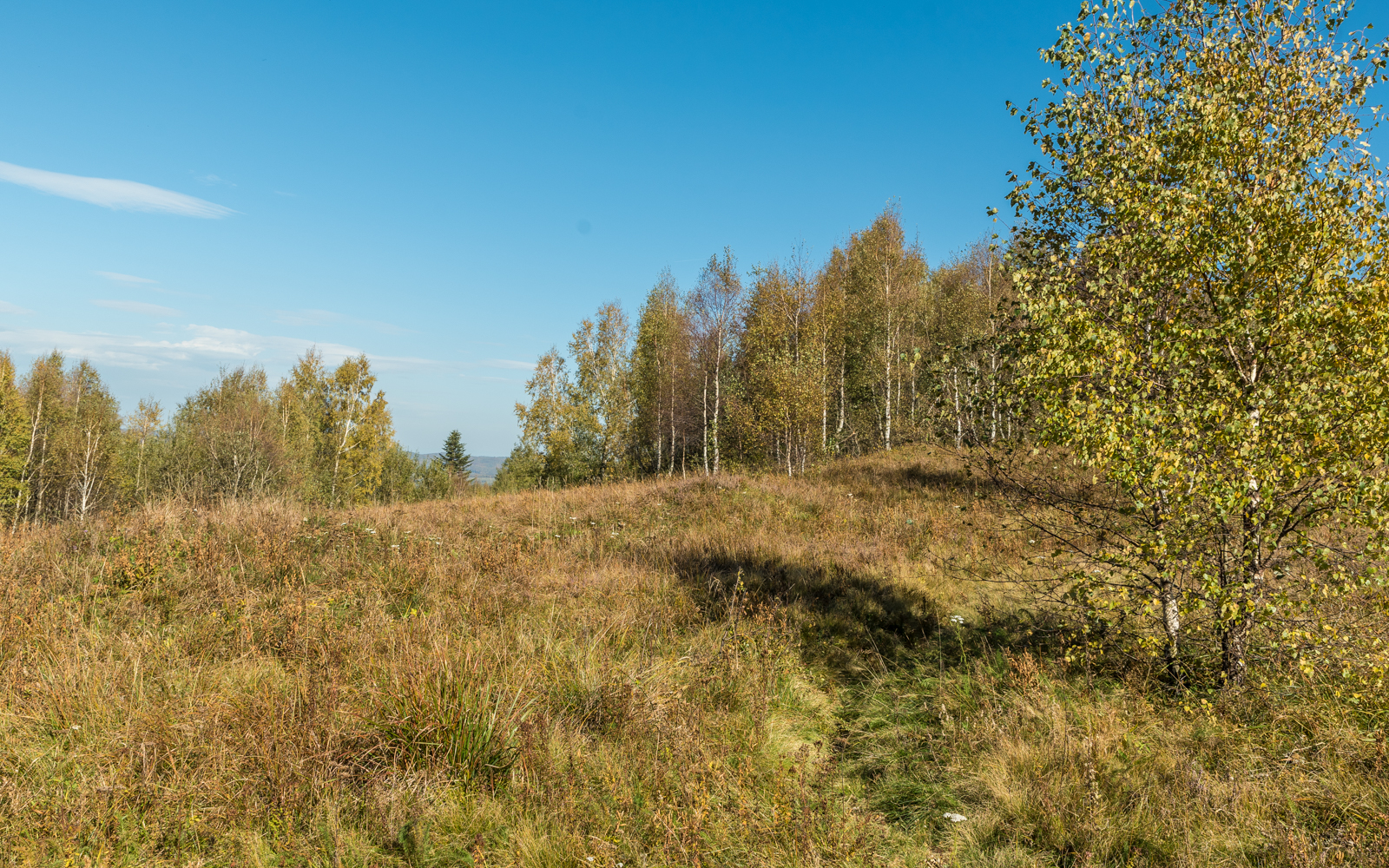 What I was aiming for was the potentially awe-inspiring Hurkalo Waterfall marked on my multiple maps. It was straight downhill from my position and even I missed it, I wouldn’t miss the stream. Behold the spectacular beauty of nature! 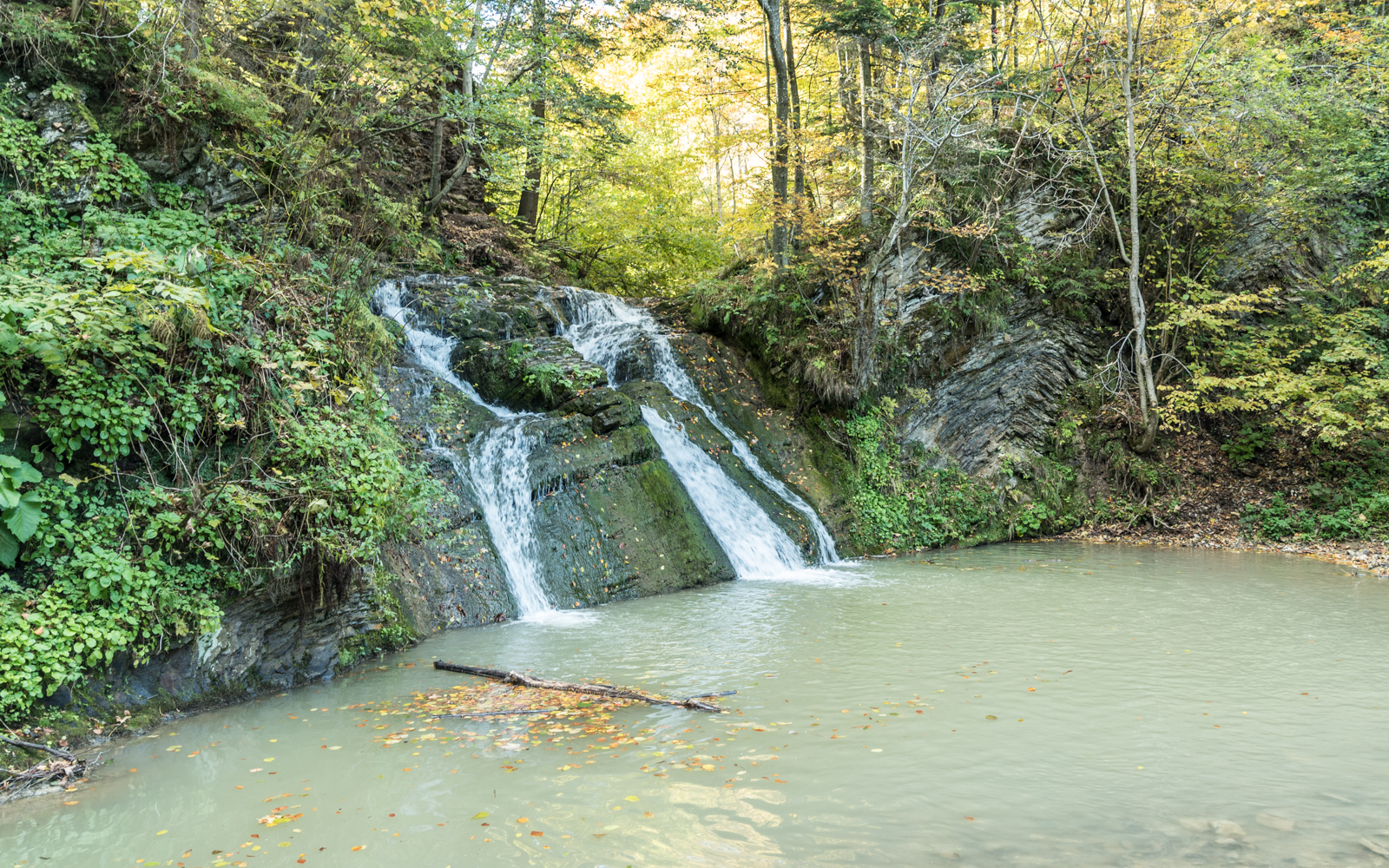 Okay, so it was a little disappointing, but I did find this cozy little pool a few hundred meters down the river, and because I was sweating through my shirt, and because it’s the middle of October, I stripped down and splashed around here for awhile. I didn’t fall asleep waiting to dry on the rocks. 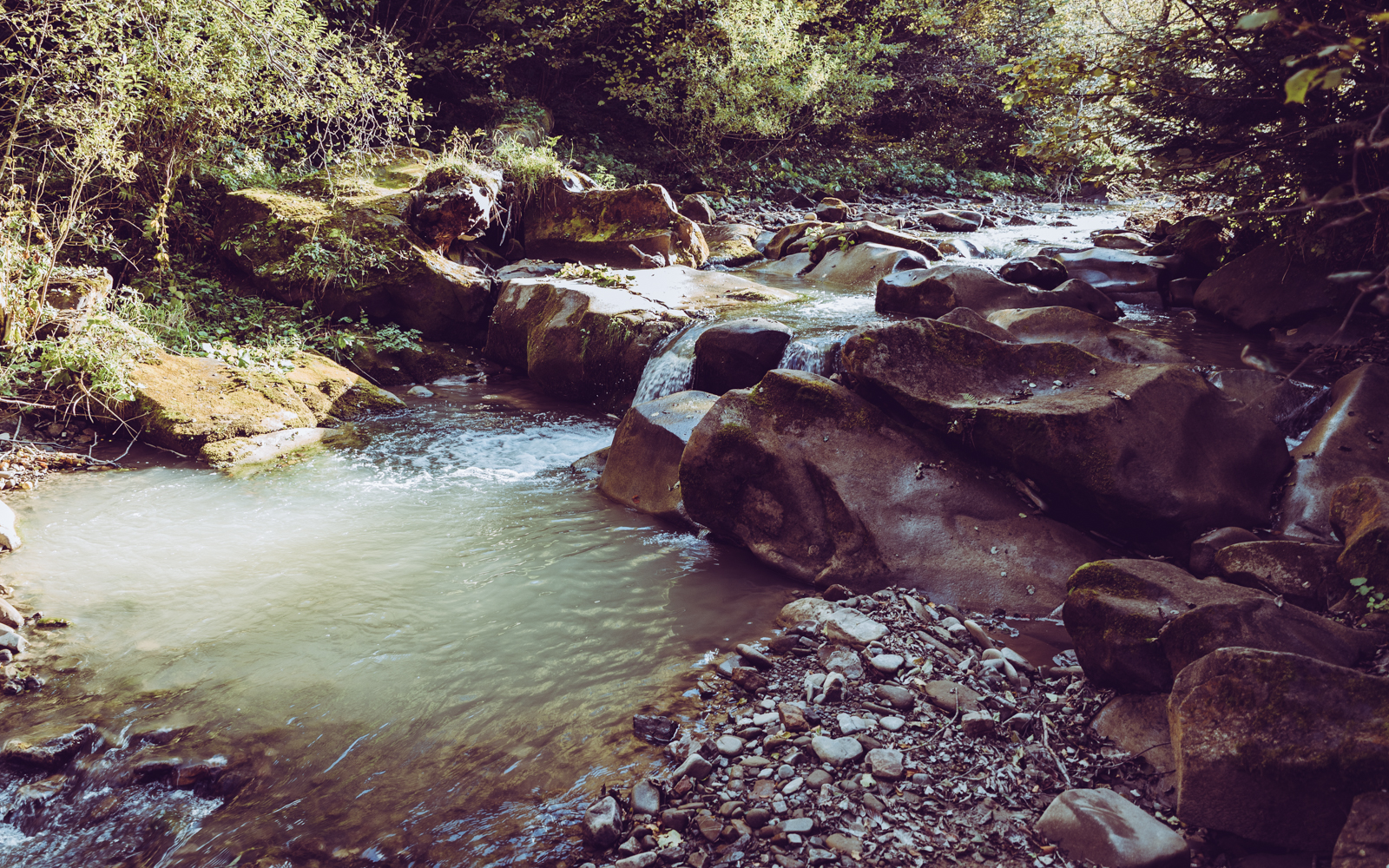 I even managed to catch that 6pm bus back to town. More photos from the hike: 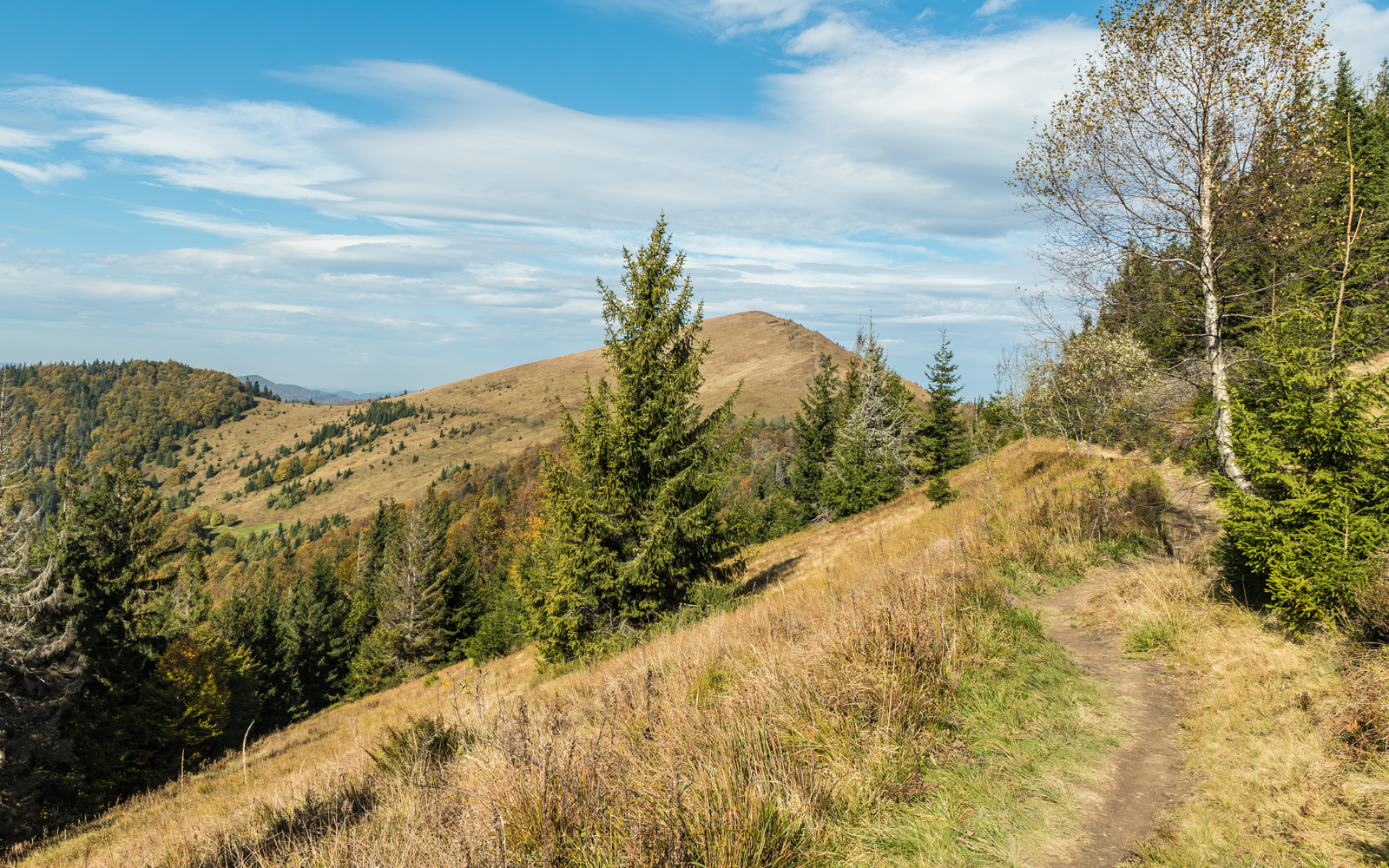 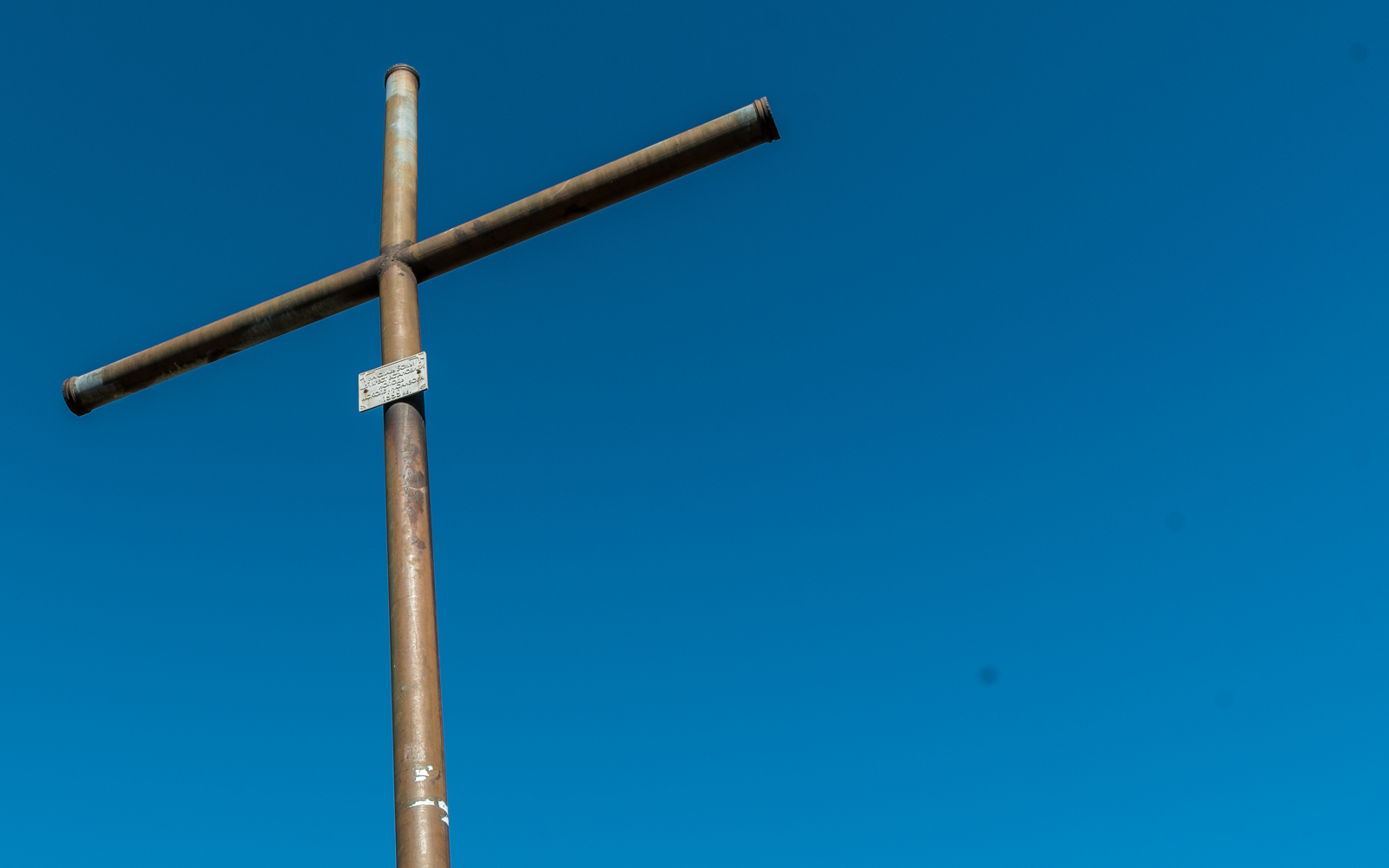 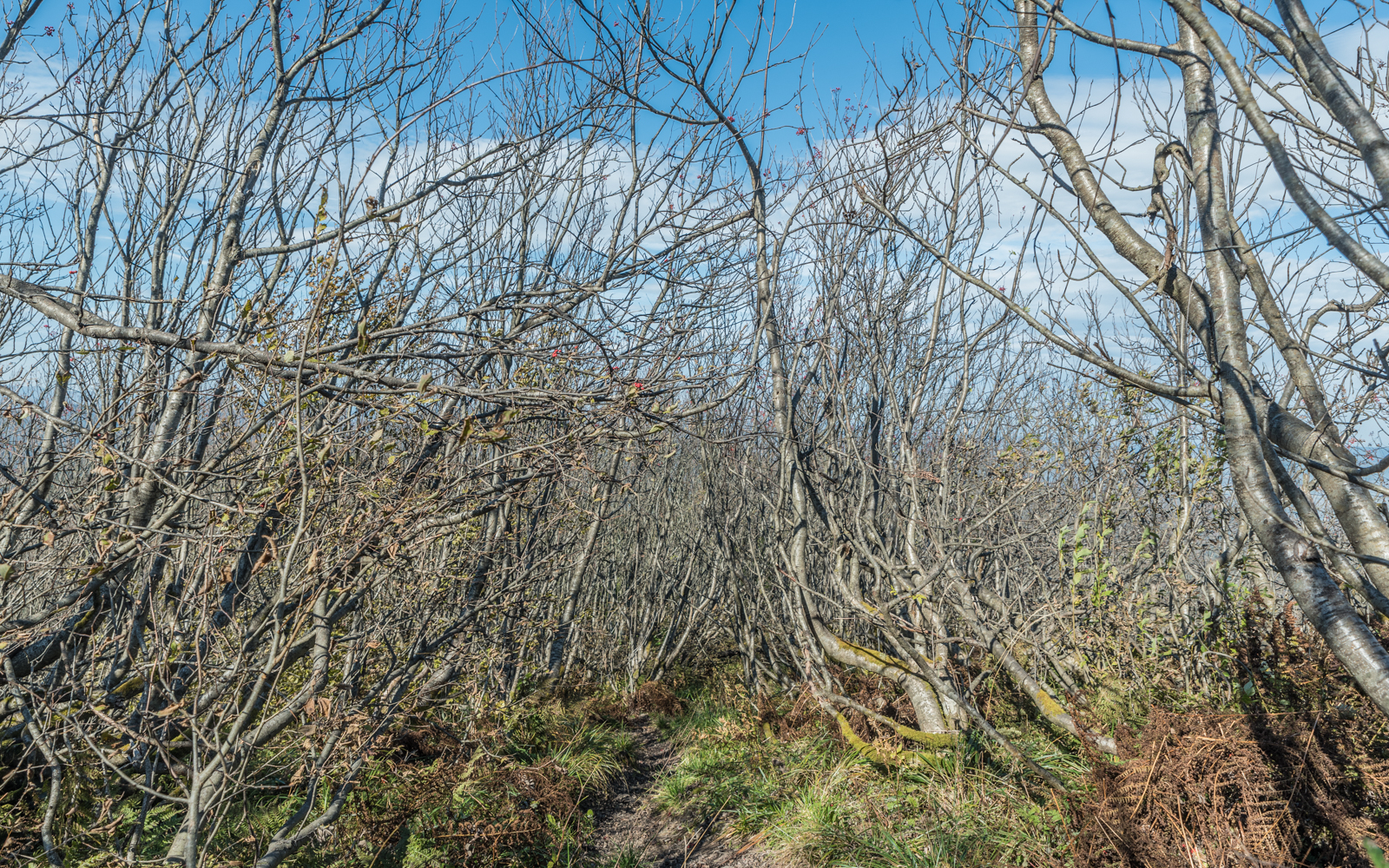 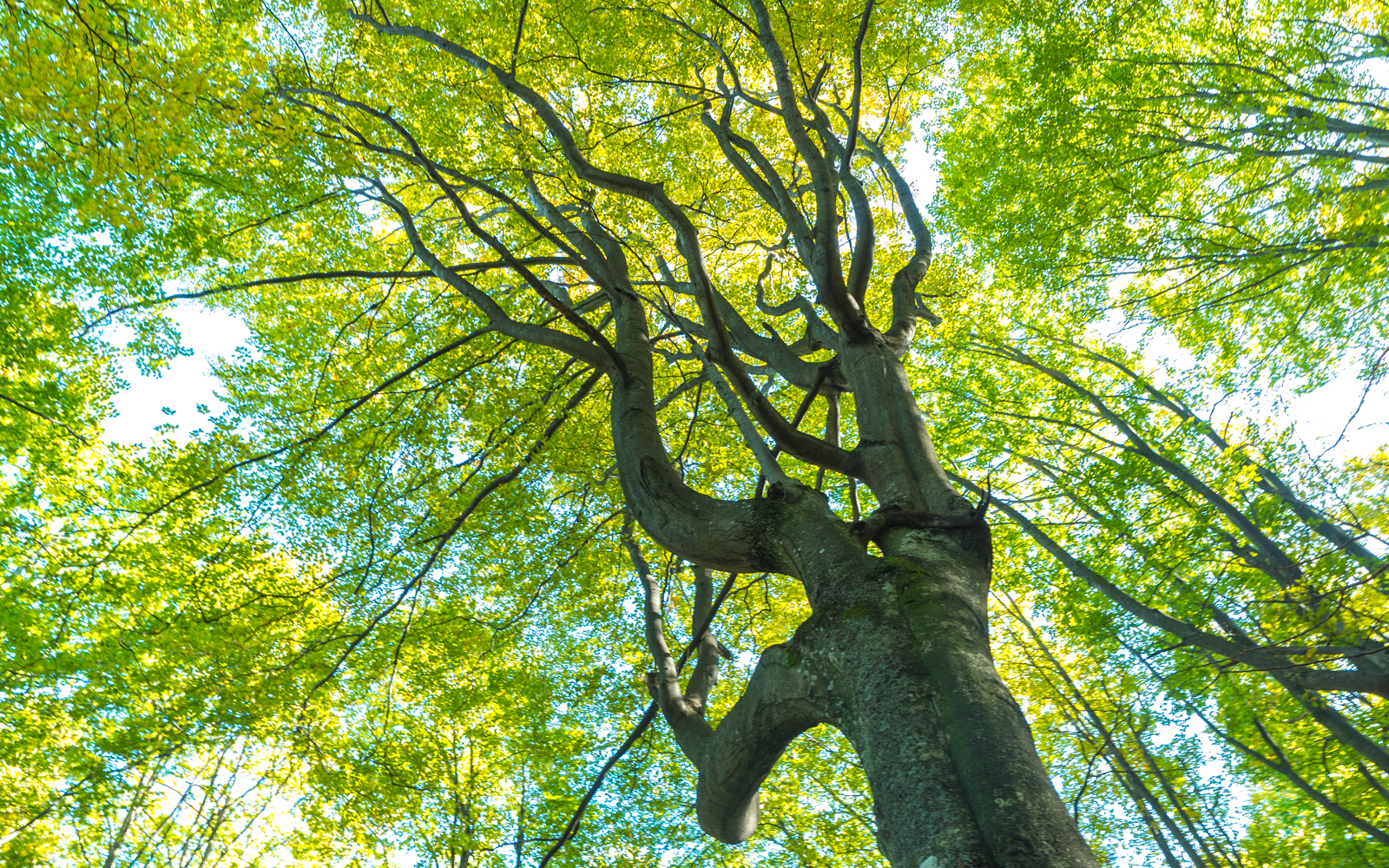 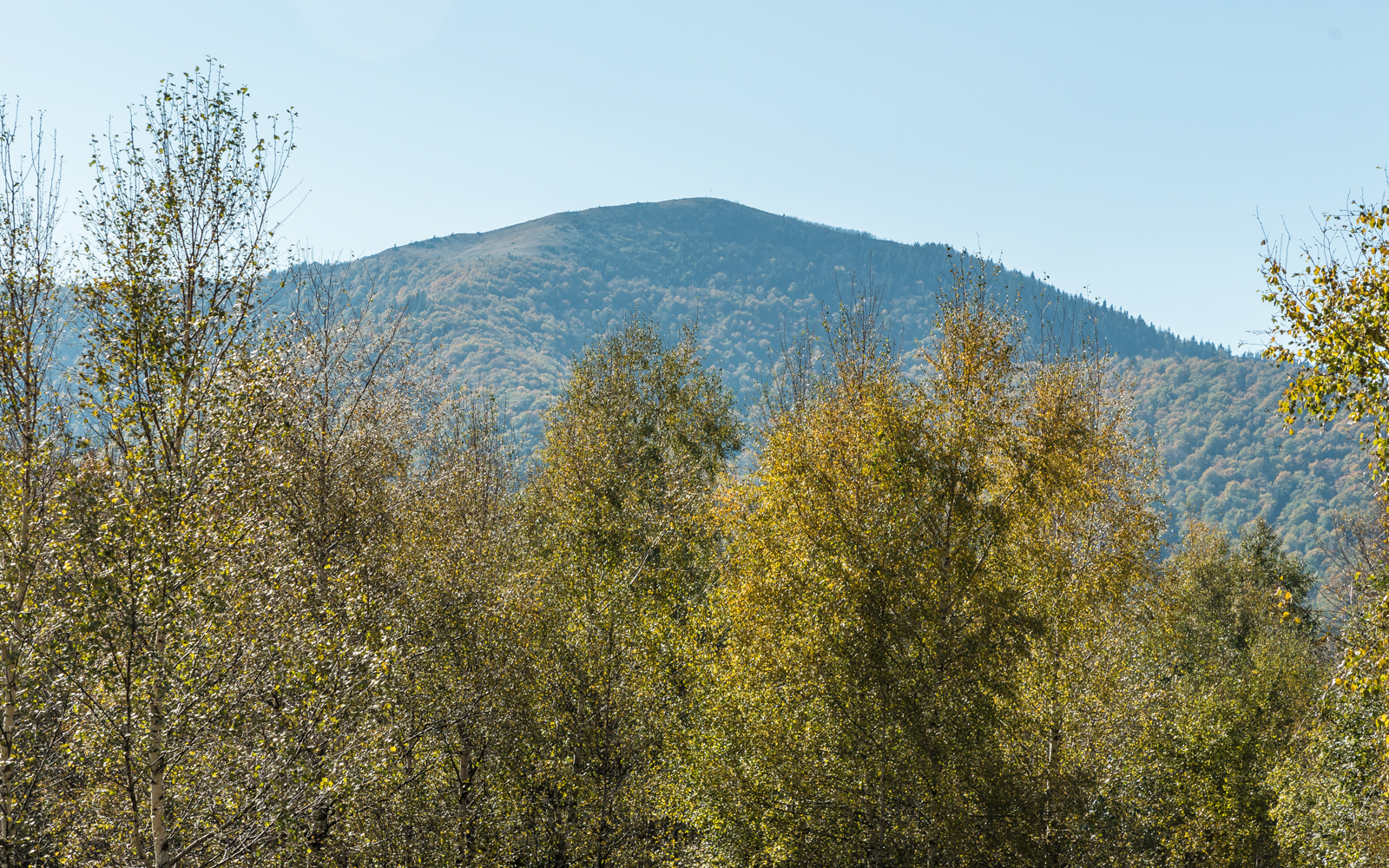 Where to Stay
Nearest village is Skole, which is only 90 minutes by train from Lviv. There are plenty of apartments (check Booking.com) here to spend the night, but not much else.

Where to Eat
There are some grocery stores in town for light foraging, but as far as restaurants go I only found one in the basement of the Vivcharyk Hotel.

Where to Get Coffee
Nowhere. I miss you Lviv.

Hiking Info
The trailhead for Parashka isn’t marked on Google Maps, but the coordinates are 490234.1, 233033.5  — across the tracks from the city center and next to a small graveyard.