After dipping out of Belgrade, I found myself in Užice, a city name I seem perennially doomed to mispronounce. Located southwest of the Serbian capitol, I was initially drawn to Užice based on some Google images, which showed it stuffed into a valley, as well as its close proximity to big mountains.

Those big mountains will have to wait until the next trip. Non-stop downpours plagued nearly all five days of my stay here accompanied by a severe drop in temperature. I spent most days wandering around between breaks in the rain. This is not a pretty city, but it’s an interesting one, and after a summer of carefully curated old town facades, a welcome relief. 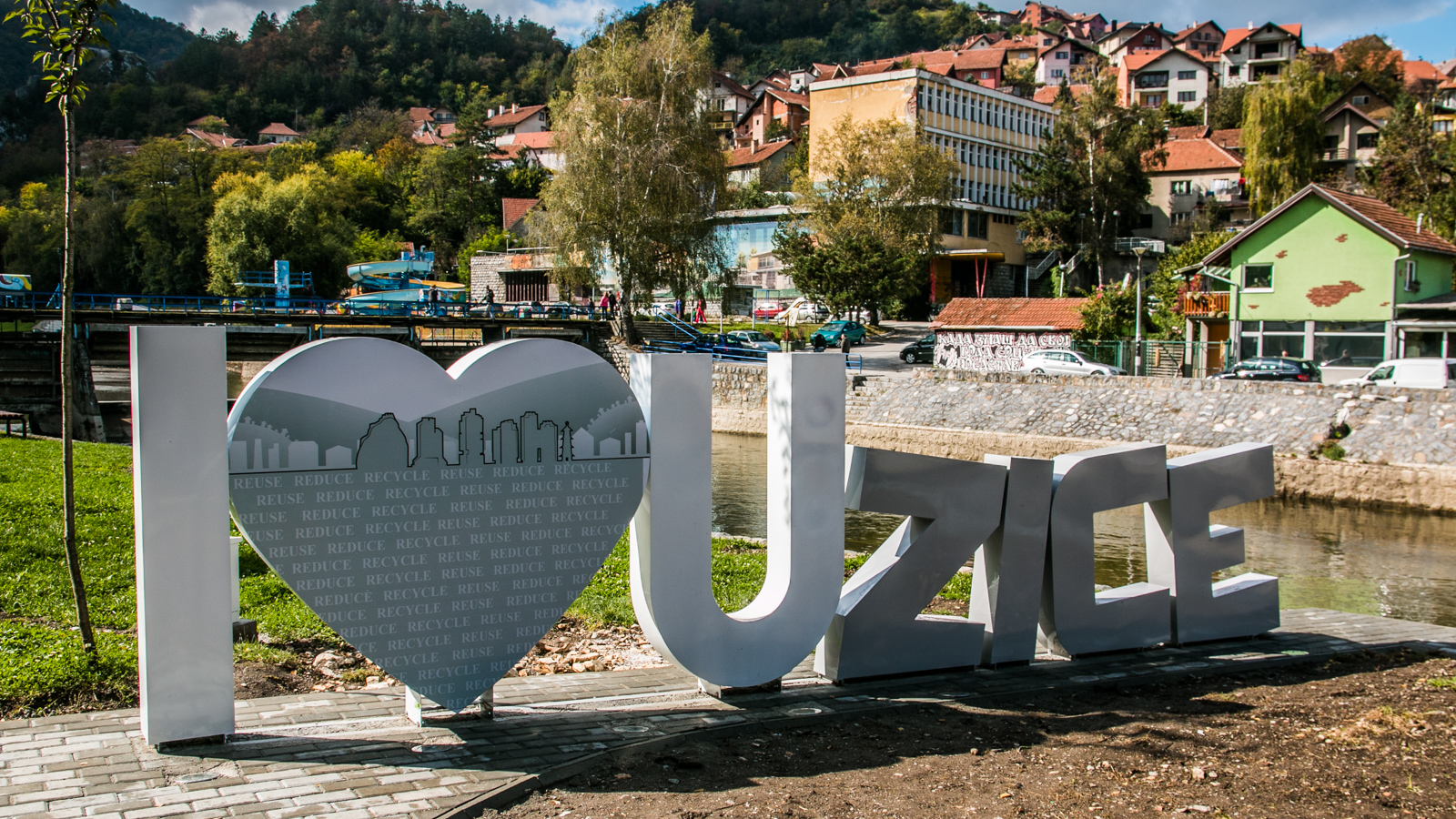 I even found the classic shot that inspired the trip. Turns out there’s also an ancient walled city up here which seems to be a requirement for every city in the Balkans. 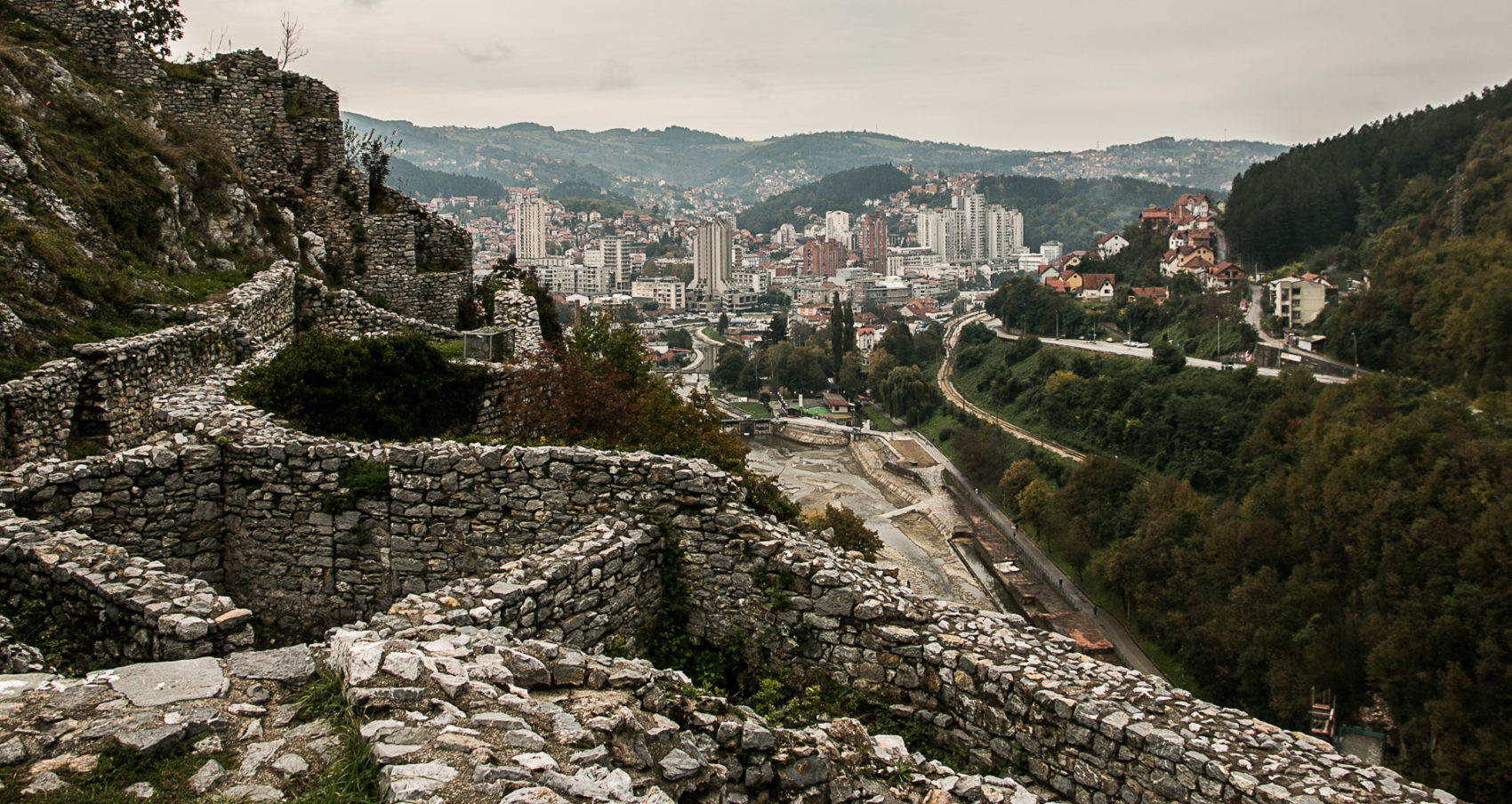 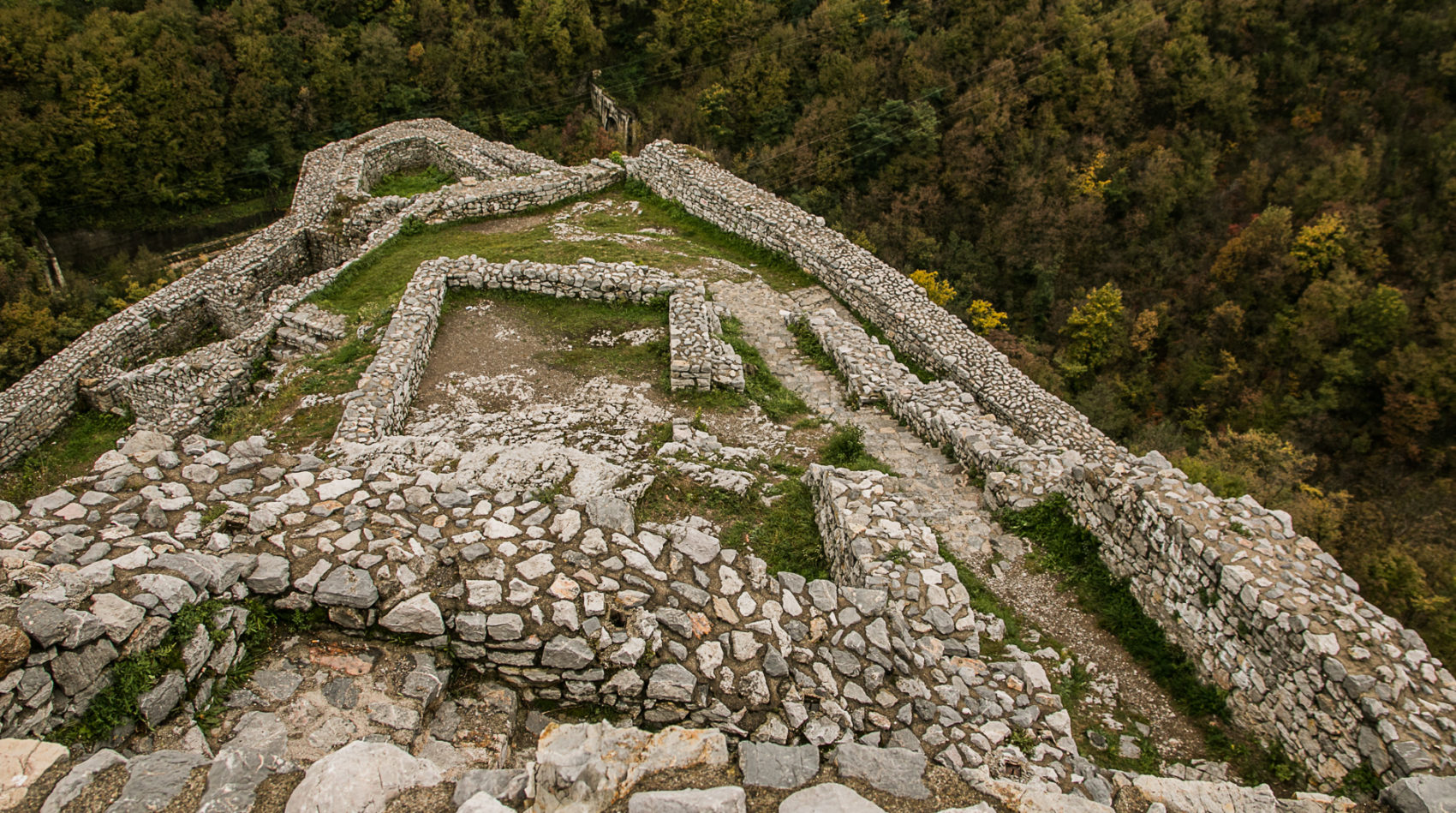 This is the pool of Uzice. In the summer, they just dam up the Đetinja River that runs through the center of the city and boom — city pool. 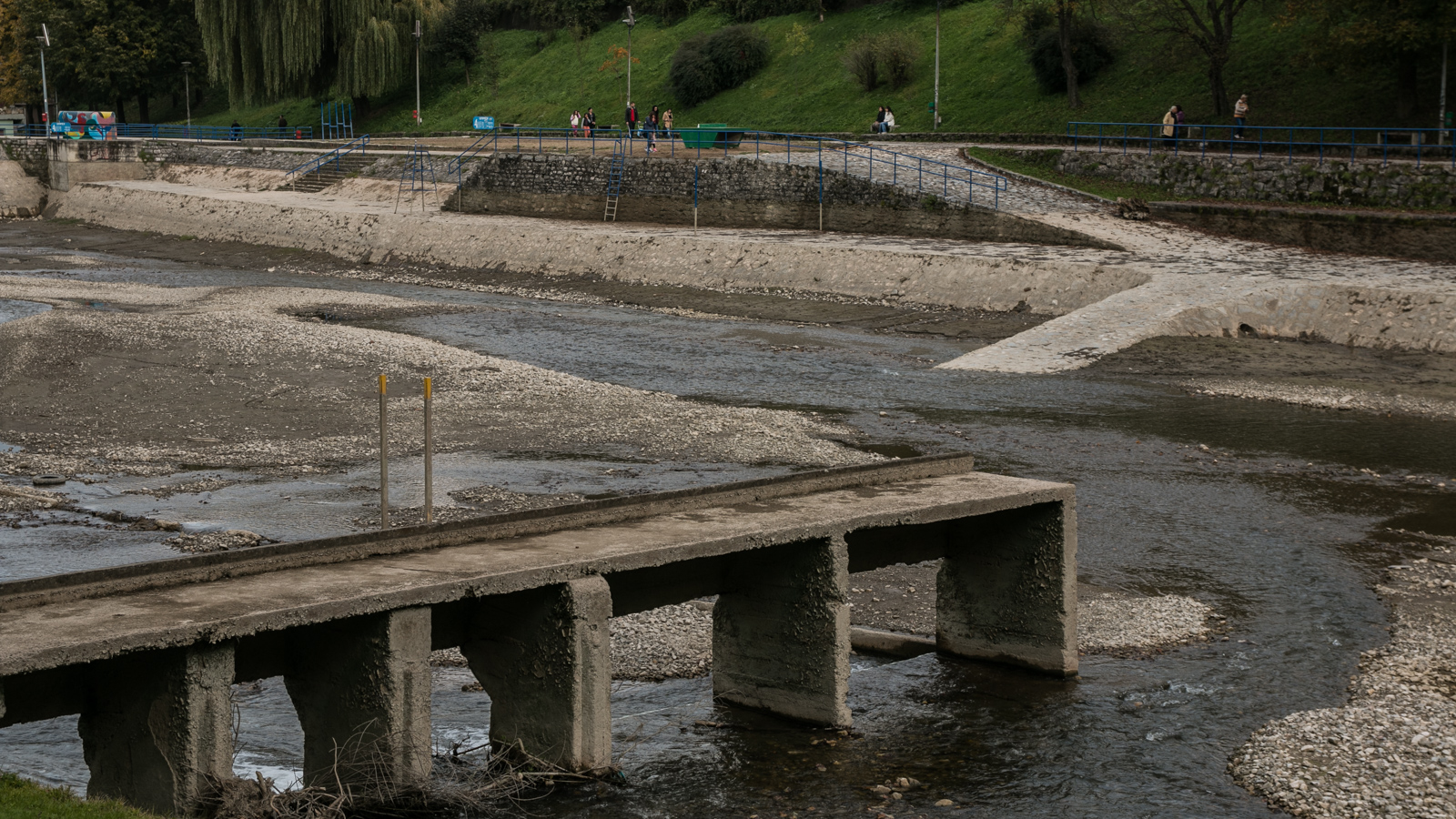 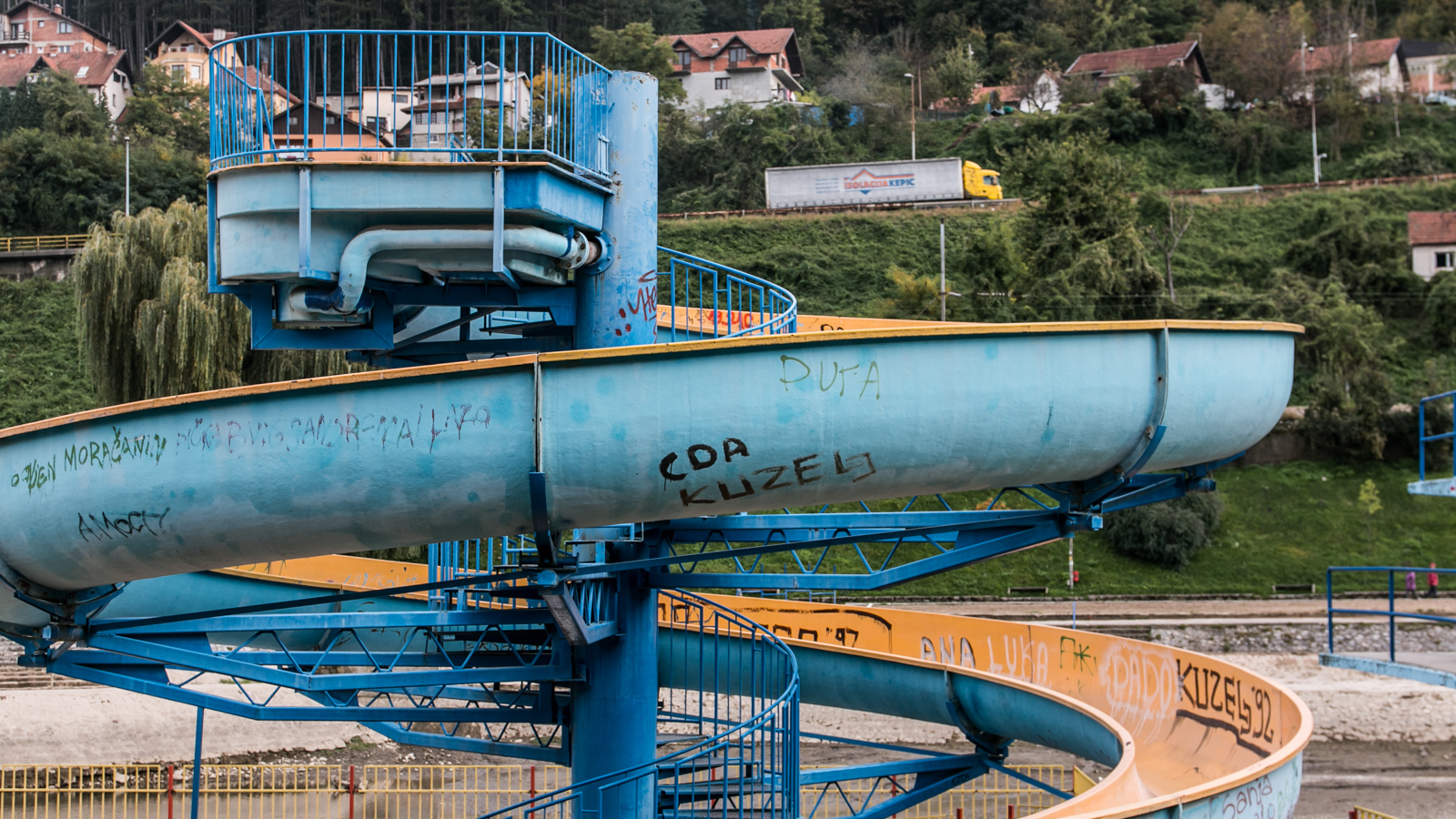 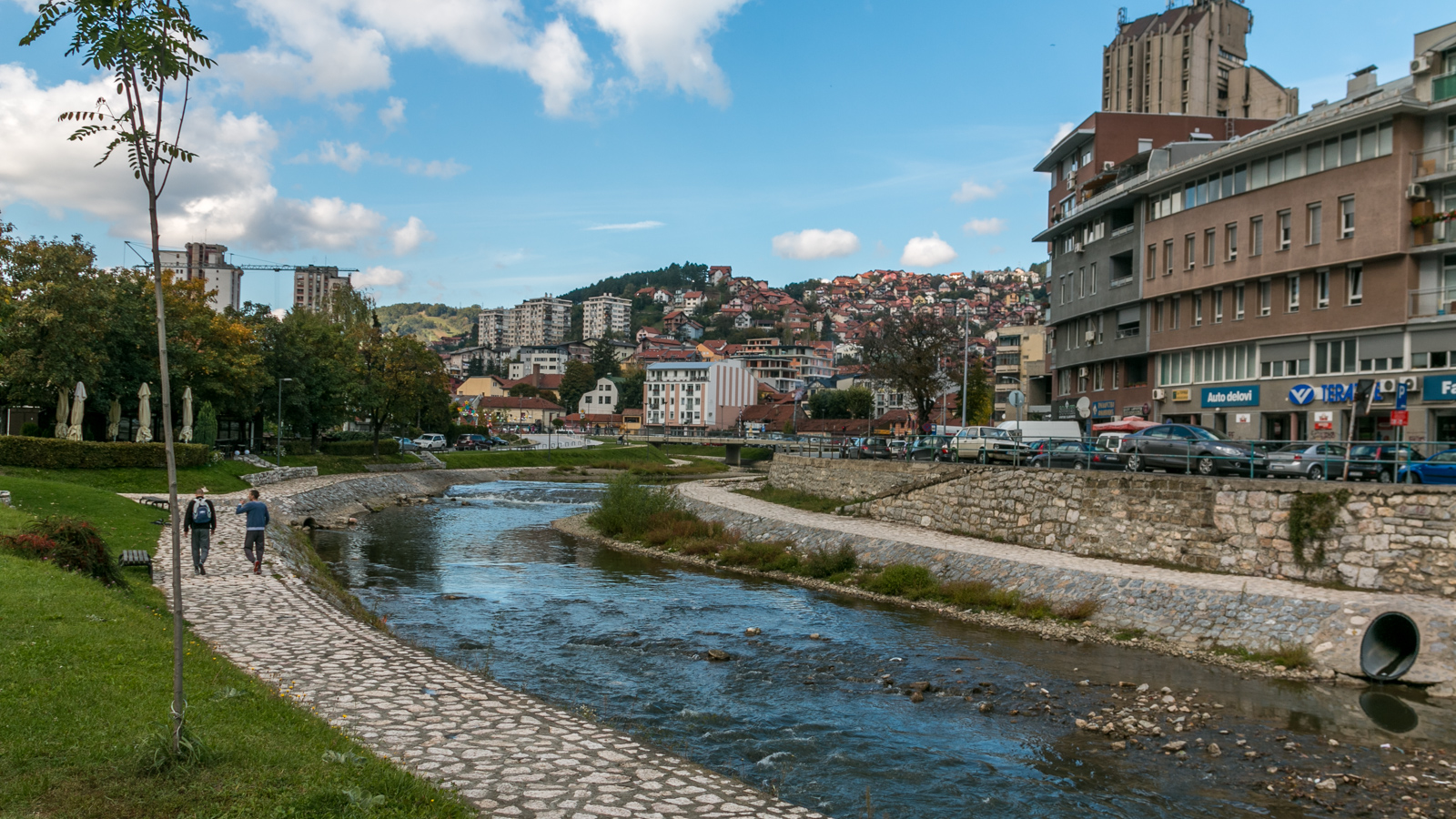 More random shots from around town. 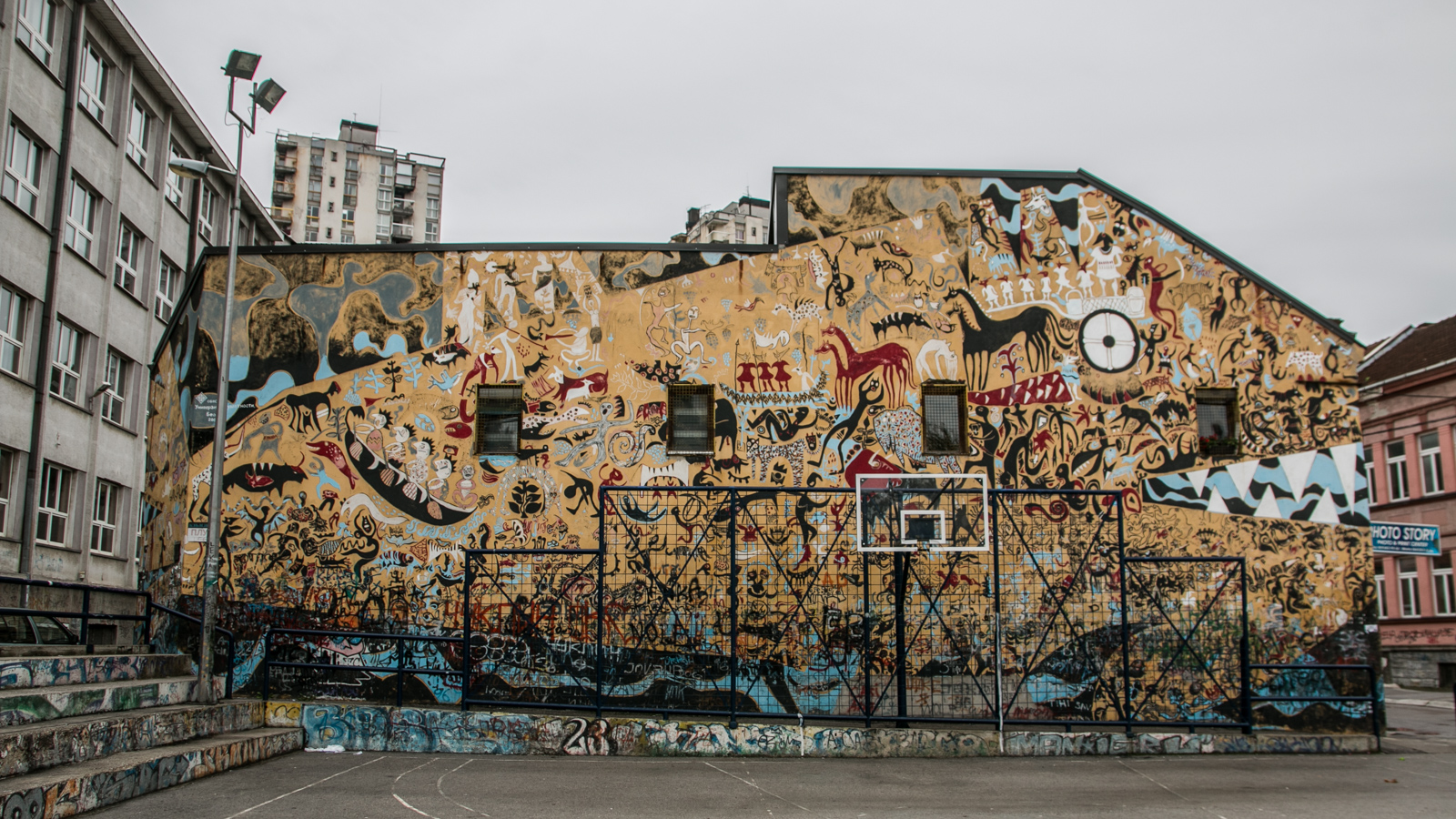 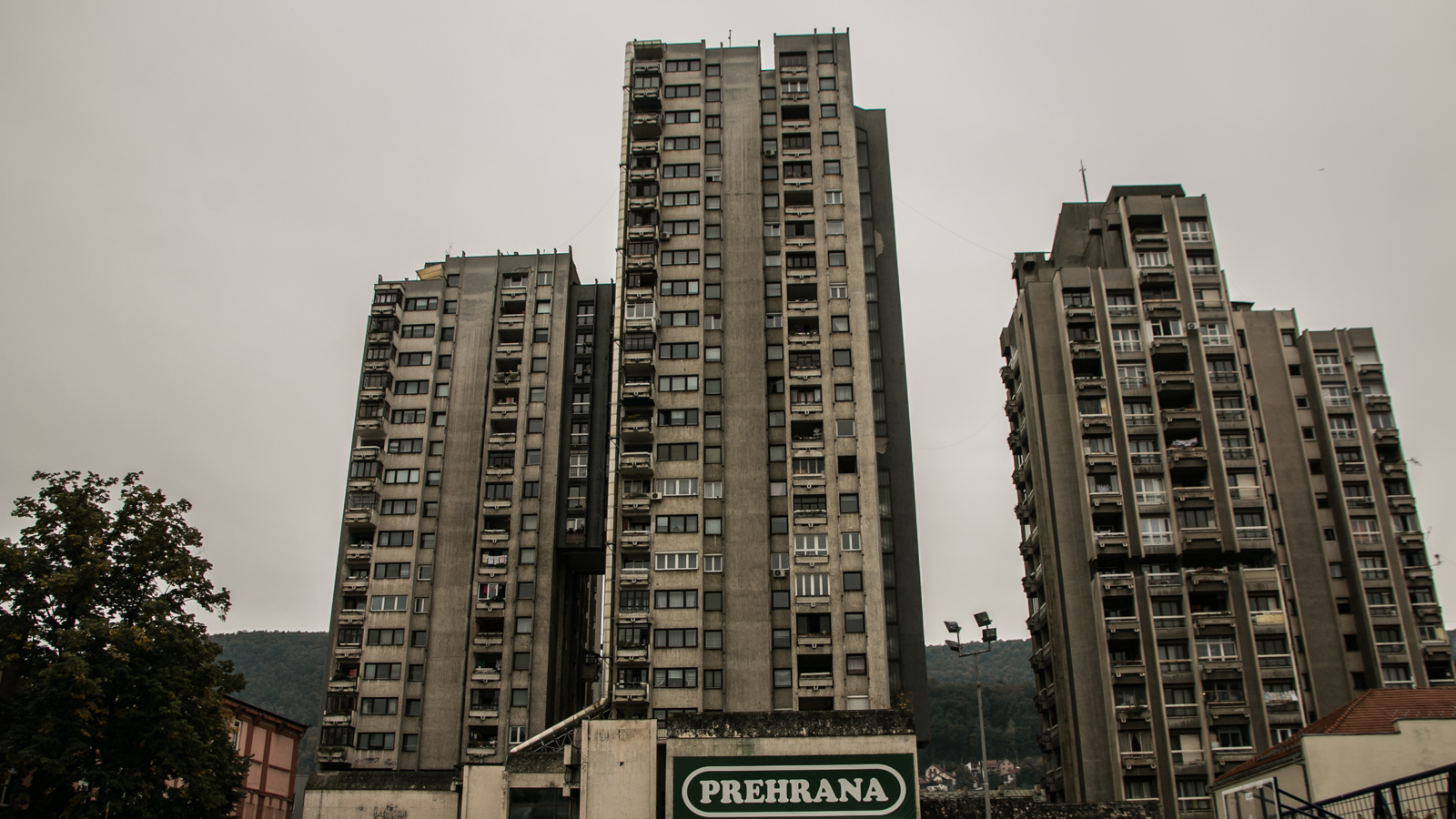 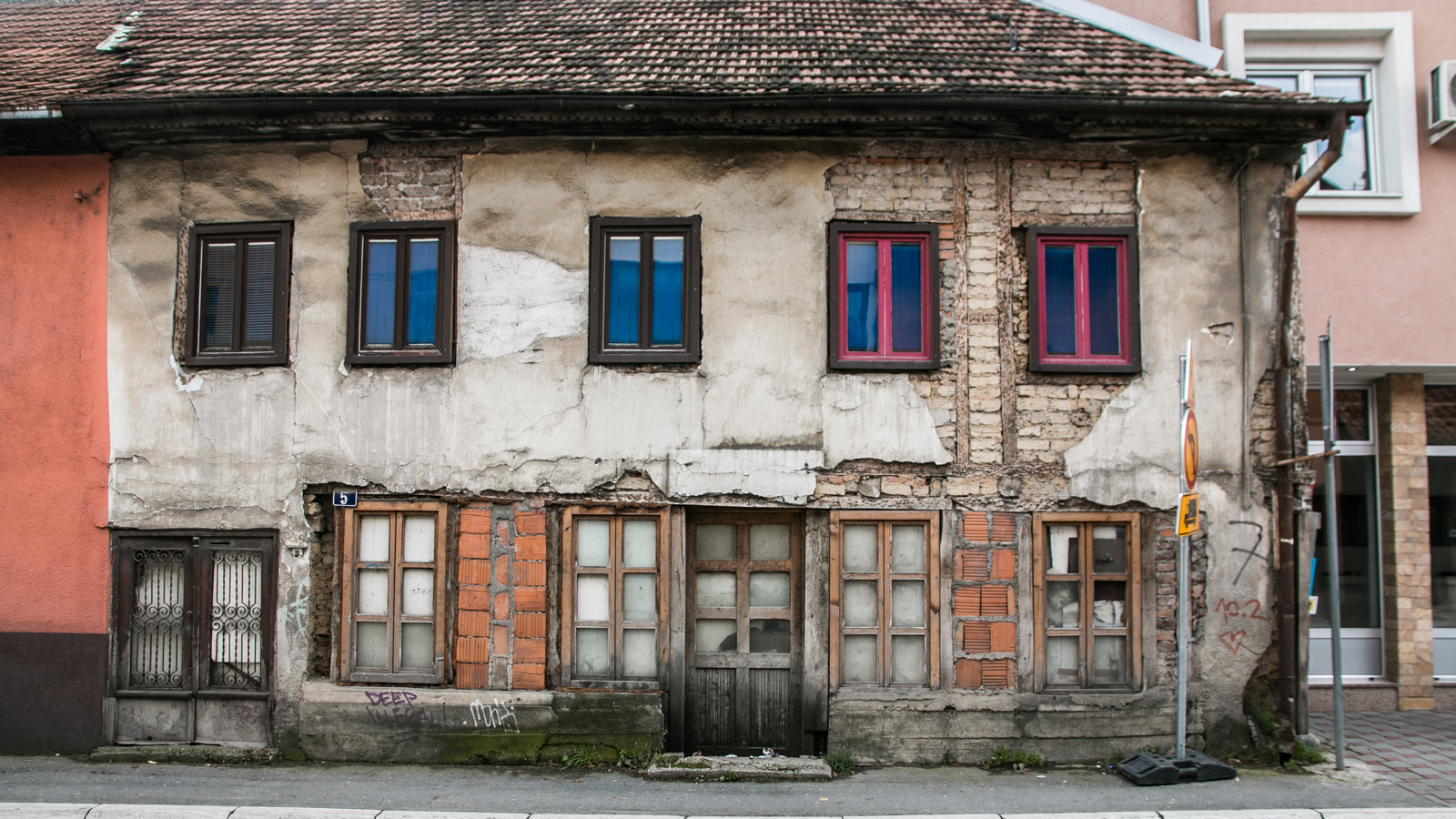 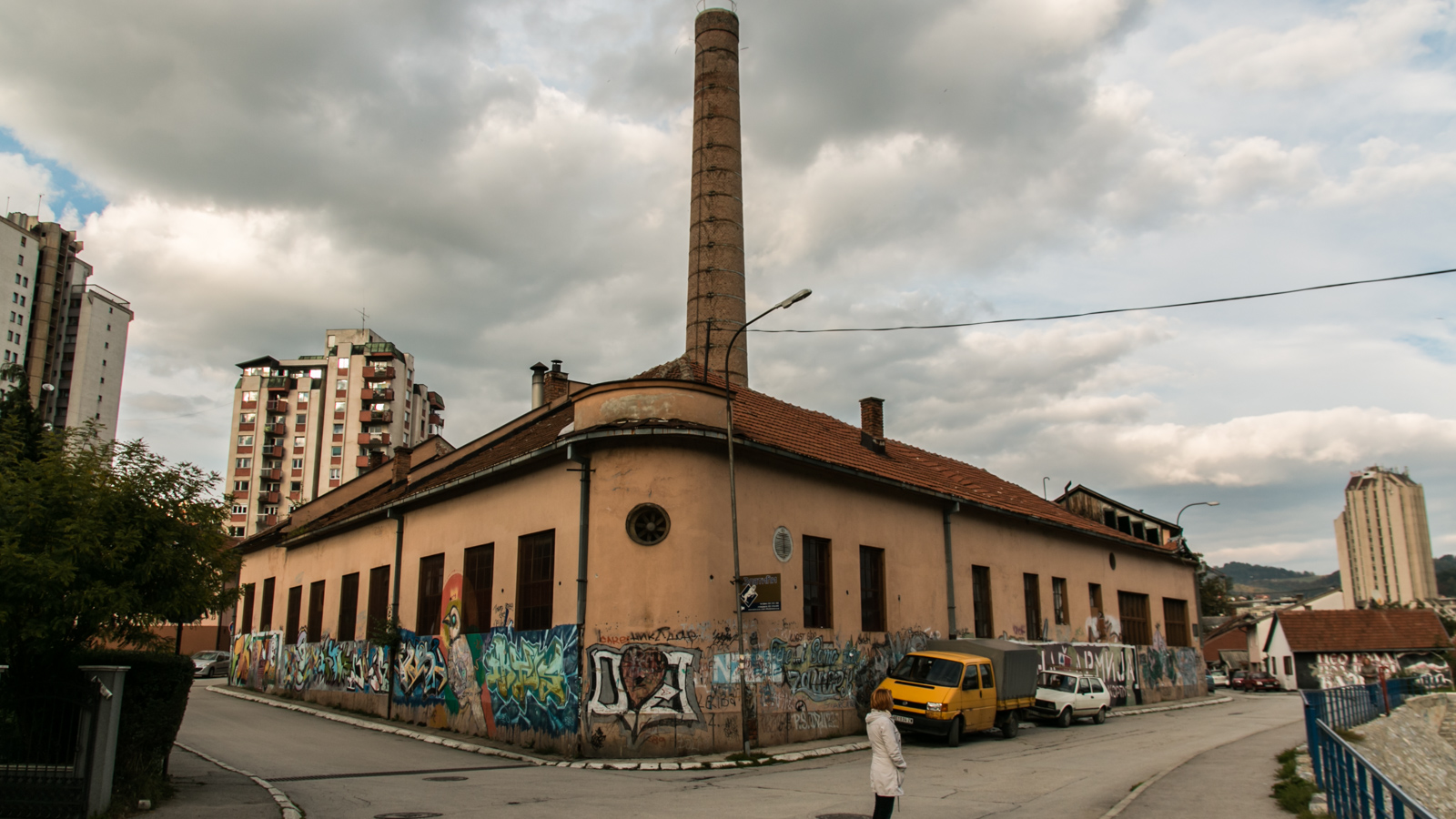 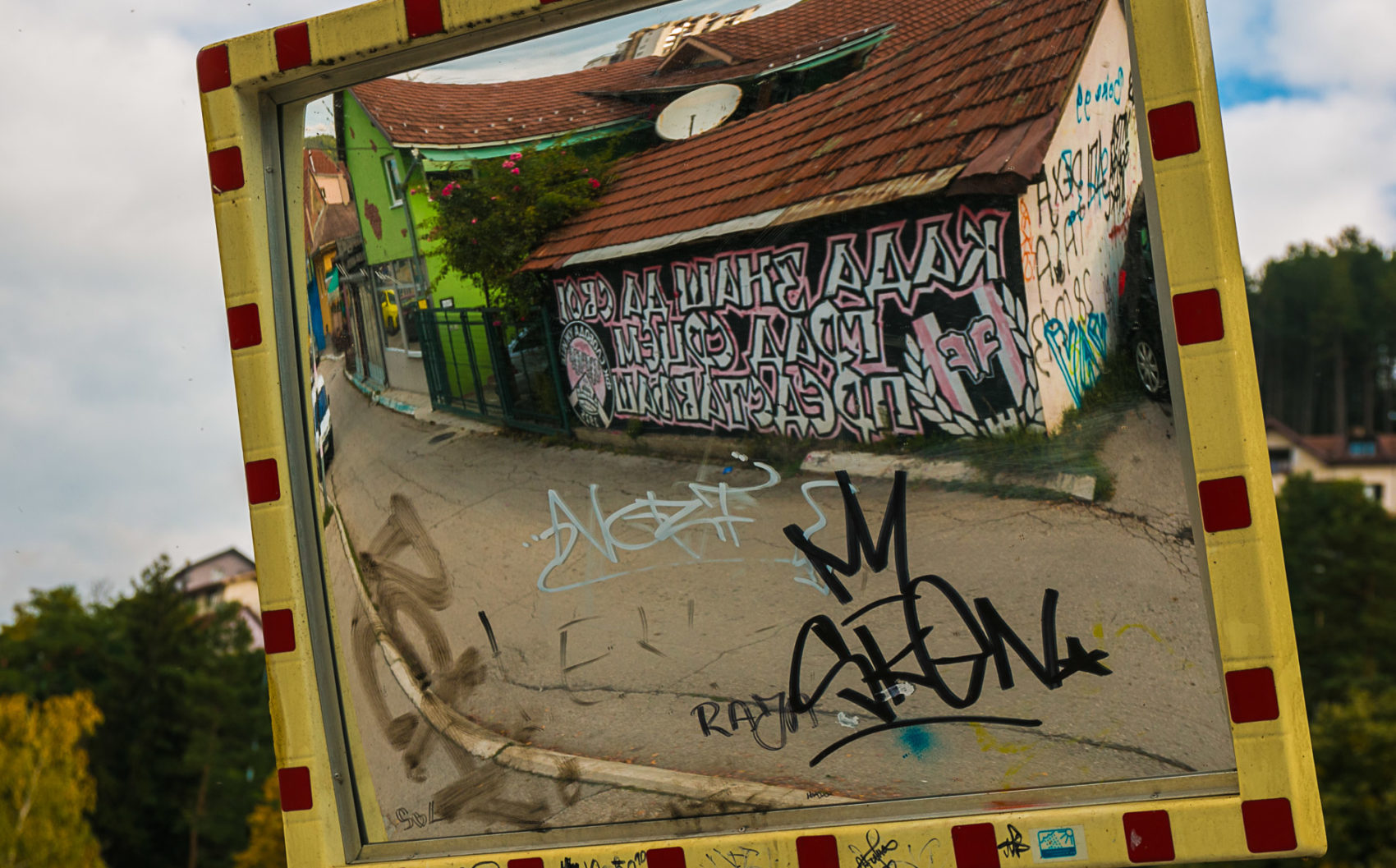 Next up: A break in the rain, a mystery hike, and we find out what’s through this train tunnel. 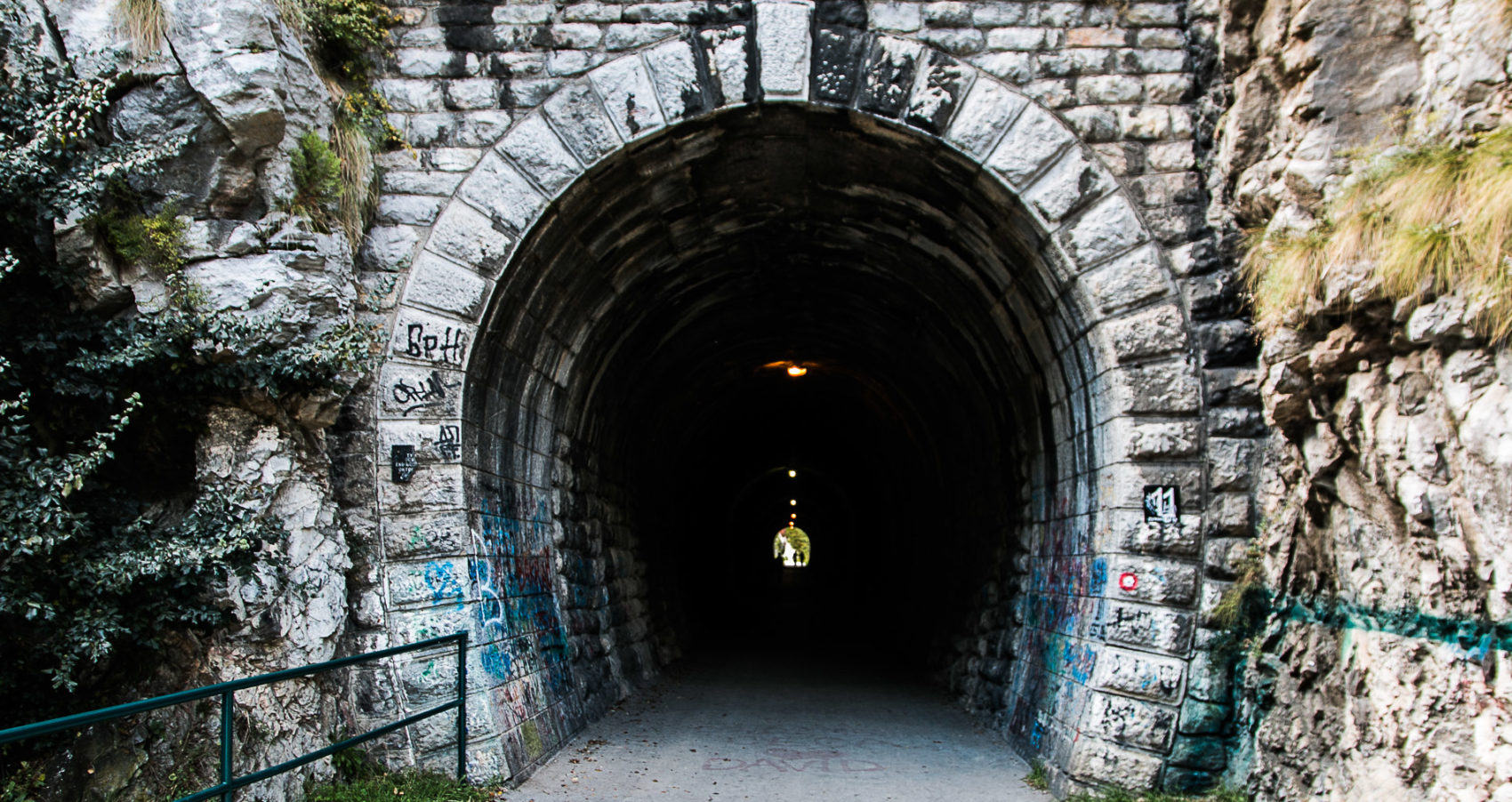 I am having trouble breathing here. Wood burning stoves, the primary source of heating, produce heaps of smoke which becomes trapped in this deep valley. Multiply that by a population of 60,000 and the outside air is as smoggy as any afternoon in Los Angeles. There’s no respite indoor as Serbians smoke like chimneys in bars, clubs, and restaurants. Hell, even my bus driver lit one up.

My base of operations for the Uzice adventure was the Eco Republic, another excellent hostel in the Balkan Backpacker network.

Reasons to return (summer edition): The largest trumpet festival in the world is held nearby, there’s a huge floating river party, and loads of kick ass hiking during the summer. Plus, I got to get into that pool.

Reasons to return (winter edition):  There are two nearby ski areas and a few mysterious wilderness hot springs that show up on my mapping app.

This photo is from a wedding. For some reason, flares are given a free pass here in Serbia to be used in just about every celebration. 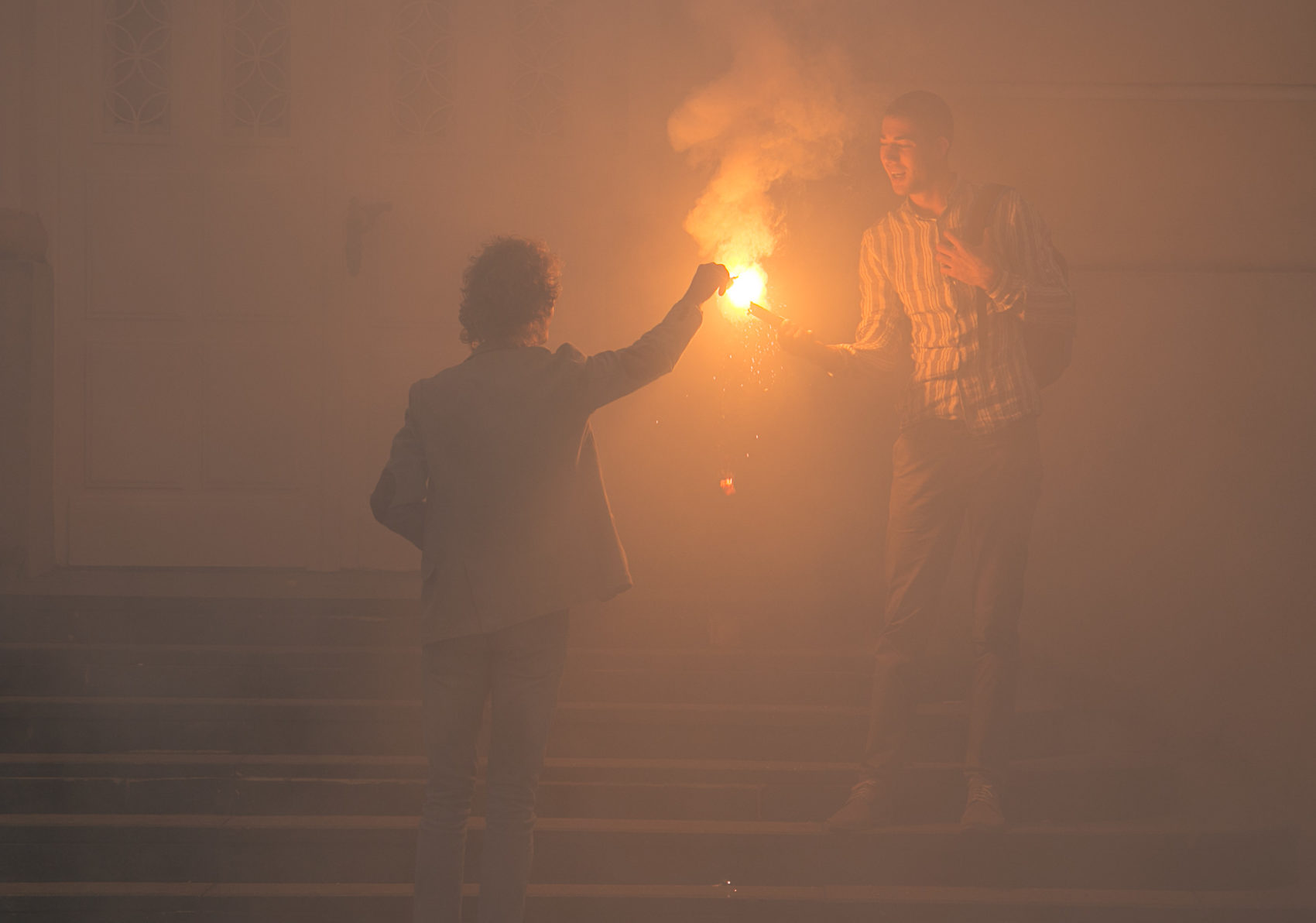