Founded in 2006, the Osheaga Festival has been bringing the noise to Montreal with a mega-festival on the island of Sainte-Helene. This year Justice, The Black Keys, and Snoop Dogg…err, excuse me, Snoop Lion, headlined three full days of rock, pop, electronic, and rap. The Music Festival Wizard put our papers in order and cruised over the border to check out the scene at our first Canadian festival.

Le Magnifique Parc
The venue, Parc Jean-Drapeau, lived up to expectations. With nearly 35,000 a day, the park never felt too claustrophobic. Credit that to stages located throughout the woods and plenty of places to relax (or pass out completely) in between the music. It reminded us of another park based festival — Outside Lands in San Francisco’s Golden Gate Park. The lineups and layout of the two are very similar. More on that next week we head to California…

It Takes Two
Instead of a single massive headliner stage dominating the main area, Osheaga went with two slightly smaller stages side by side. The upshot was continuous music throughout the day except in the case of a certain reggae stoner who may go down as the “tardiest main stage set in Osheaga history.”

Music and More
We only hit up Saturday which was an absolute blast. A double shot of Portugal. The Man and Calexico kicked off the day on the main stages, while other highlights included the field filling A$AP Rocky and Yeasayer who played the far stage. Our favorite chill vibe for the day had to be Brandt-Brauer-Frick, which provided the perfect backdrop for early evening cocktails on top of the Bud Light trailer.

Bring On the Heat
The sun took center stage on Saturday with an absolute blazing performance that had fans seeking out the many shady hiding spots in Parc Jean-Drapeau. Relief for front row rockers at the main stages took the form of a firehose drenching.

This is Not the Bar You’re Looking For
Choices for adult beverages at Osheaga were downright embarrassing. A Canadian festival that only offers Budweiser? Mixed drinks consisted of Bacardi and coke — in a can? At least in Canada, they’re way more relaxed about serving beverages than here in the States where it’s still mind boggling that adults can’t legally drink alcohol.

Get On the Train
We’ve been to loads of music festivals, but have yet to see anything like the public transportation convenience of Osheaga. The exit station of the Parc Drapeu Metro stop opens more or less directly into the entrance of the festival. Even better, bicyclists took advantage of the easy access to the island via the bridge.

The Last Word
Osheaga is a flat out fun time. Our only regret is not planning for more time to spend all three days here. A word to festival wizards — this is a huge festival for Quebec. There’s no camping and hotels in Montreal become scarce quick so a trip here will take some planning, but it’s well worth the effort. Osheaga provides the perfect excuse to visit Montreal. 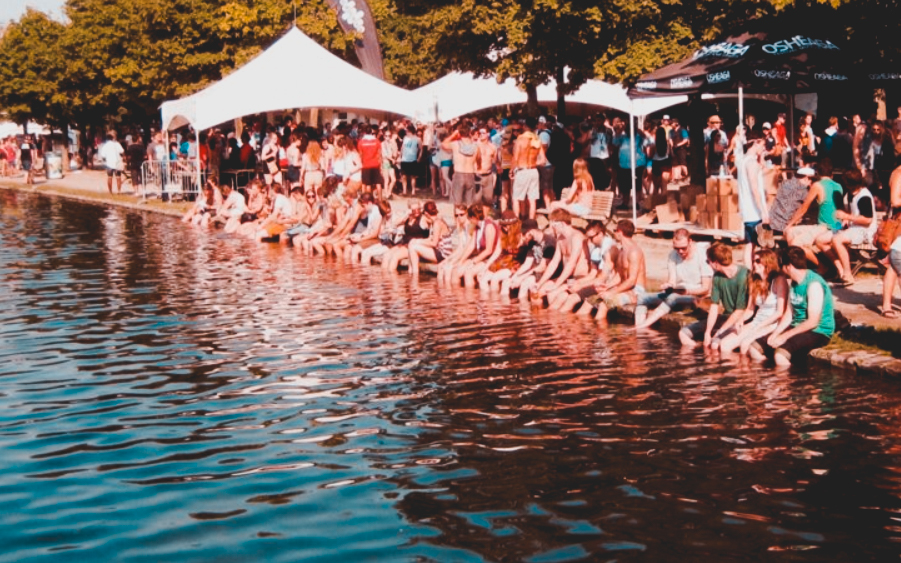 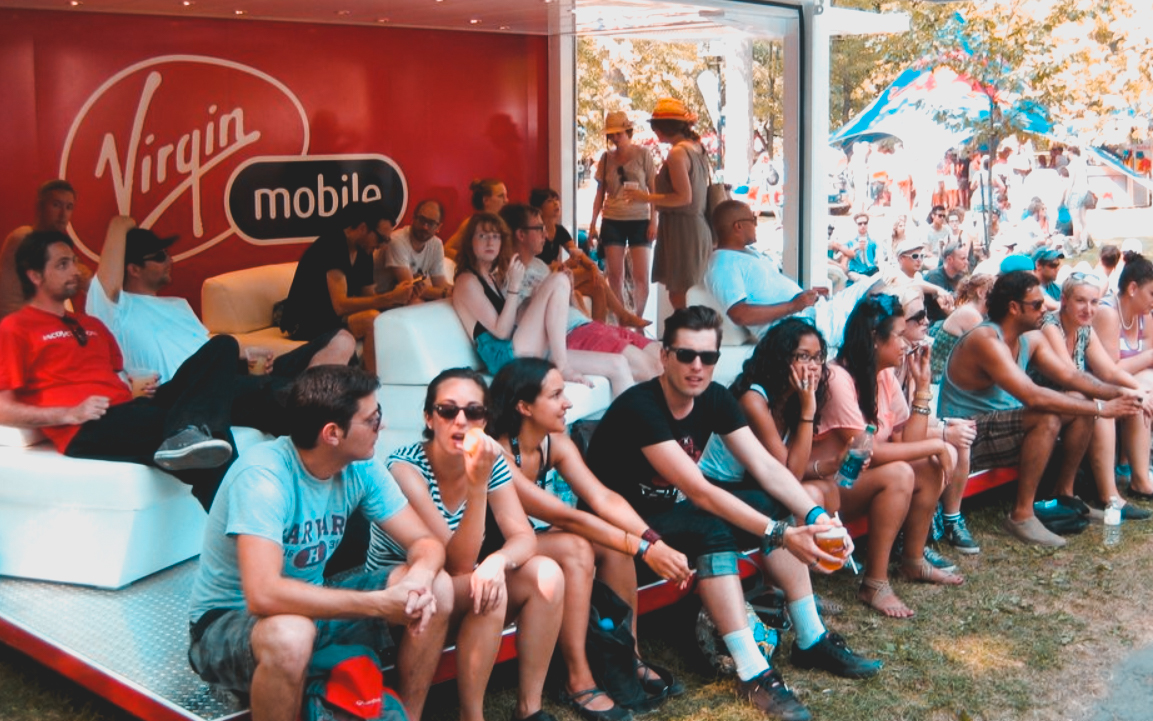 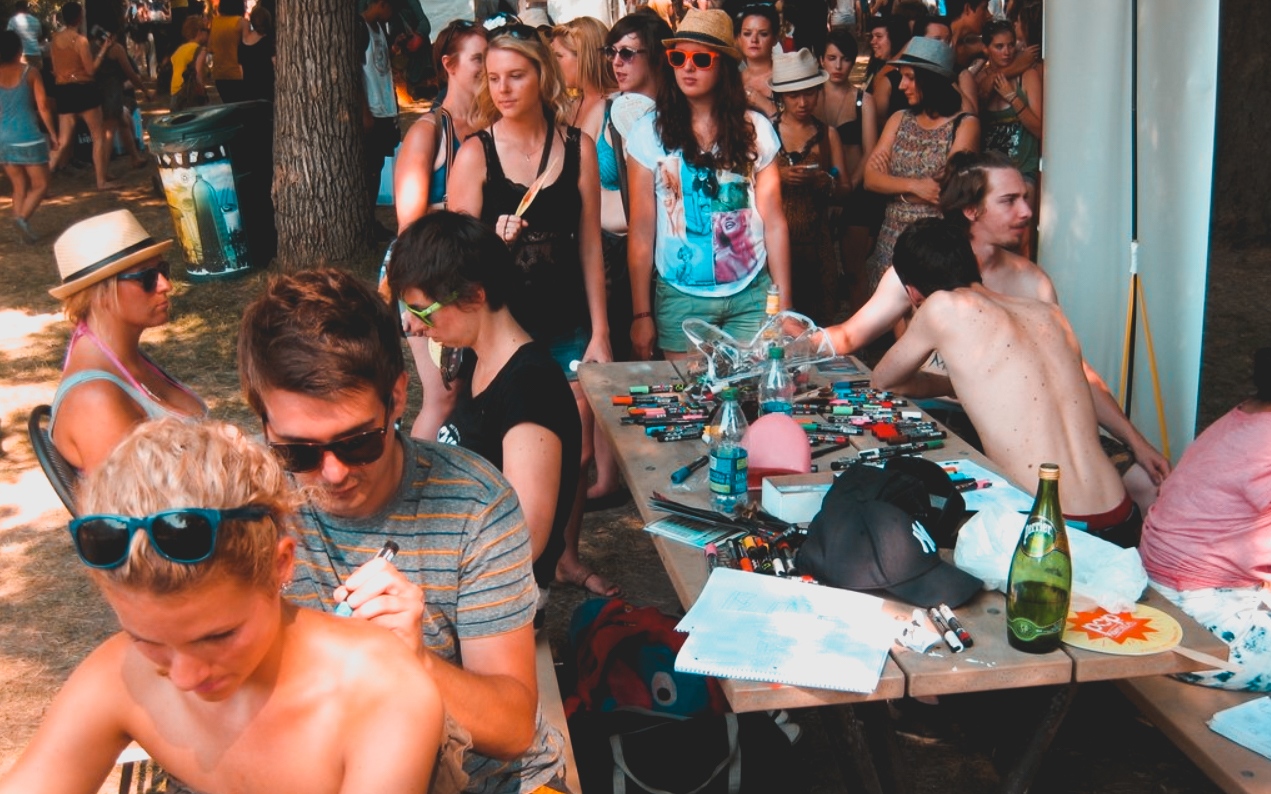 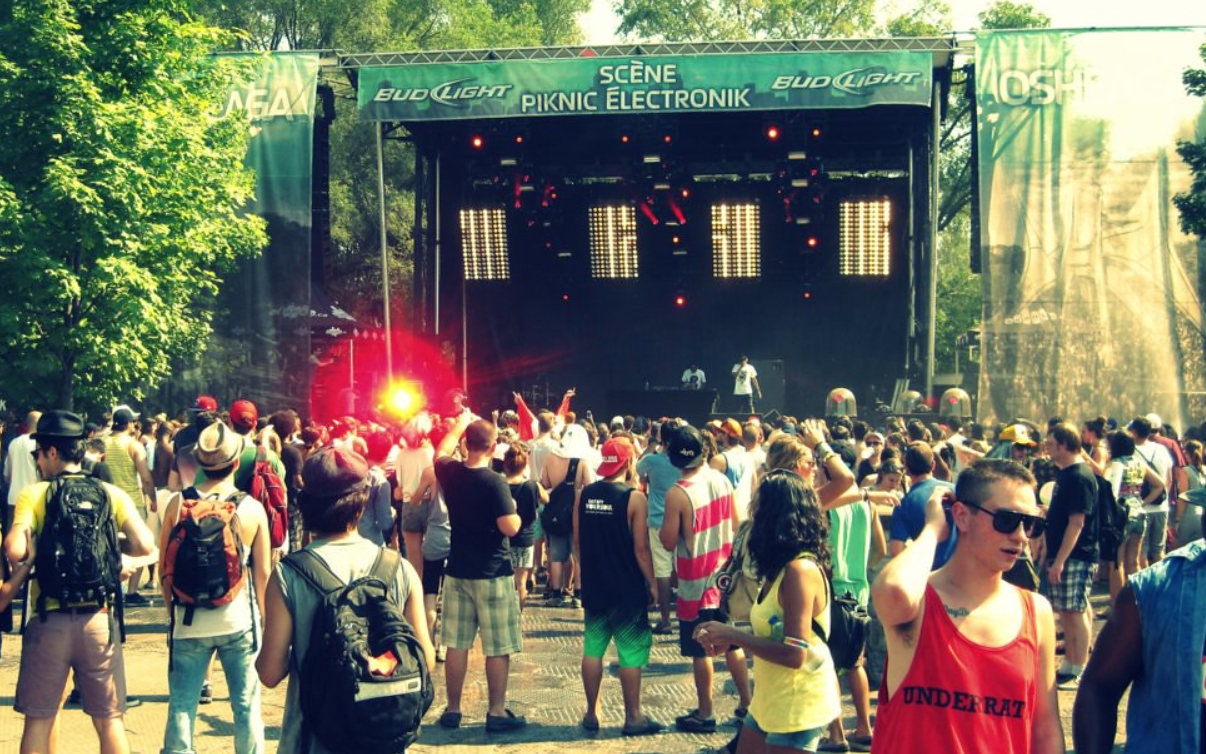 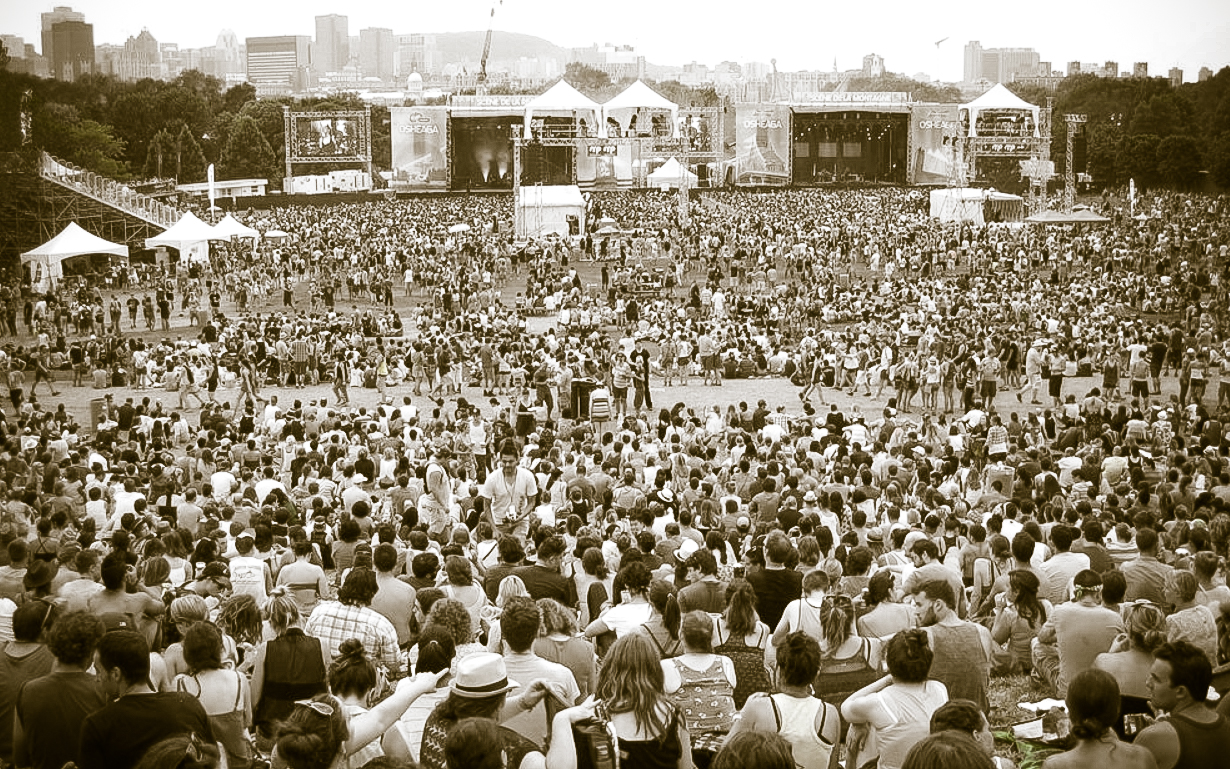 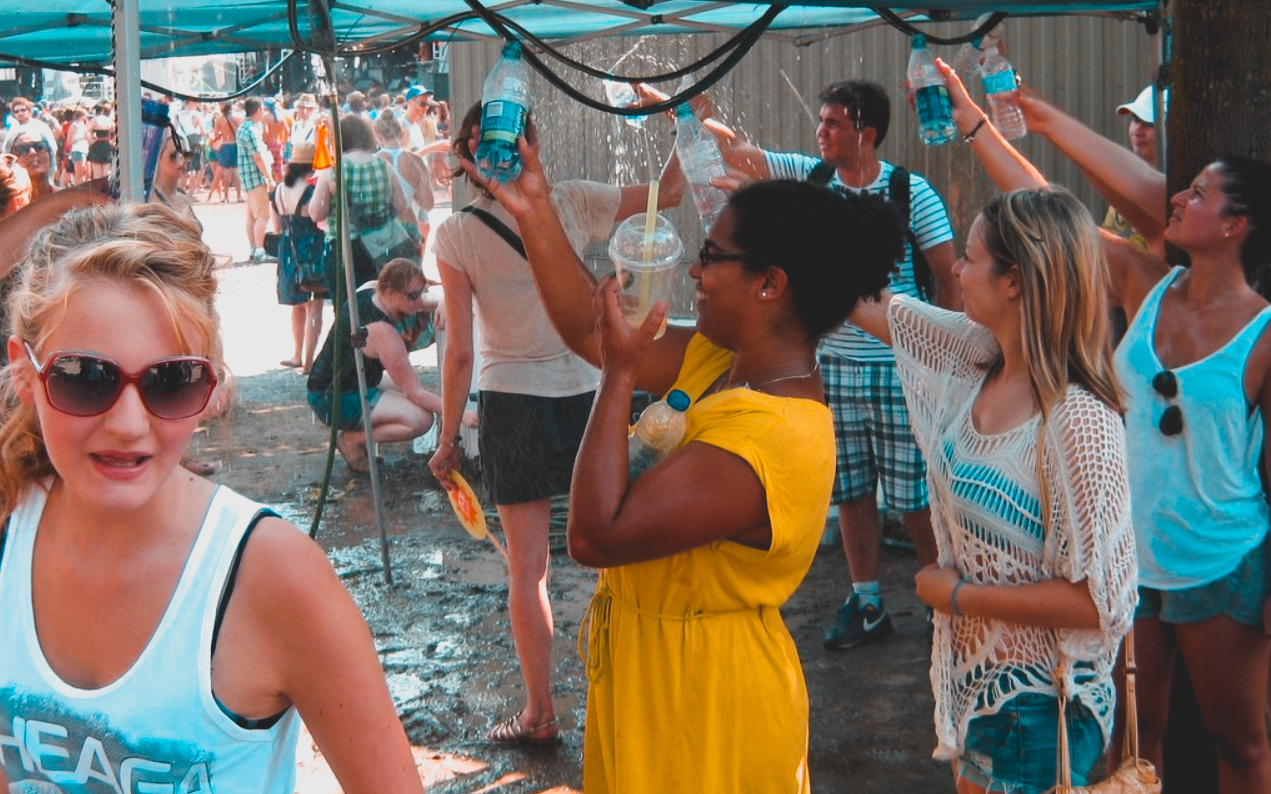 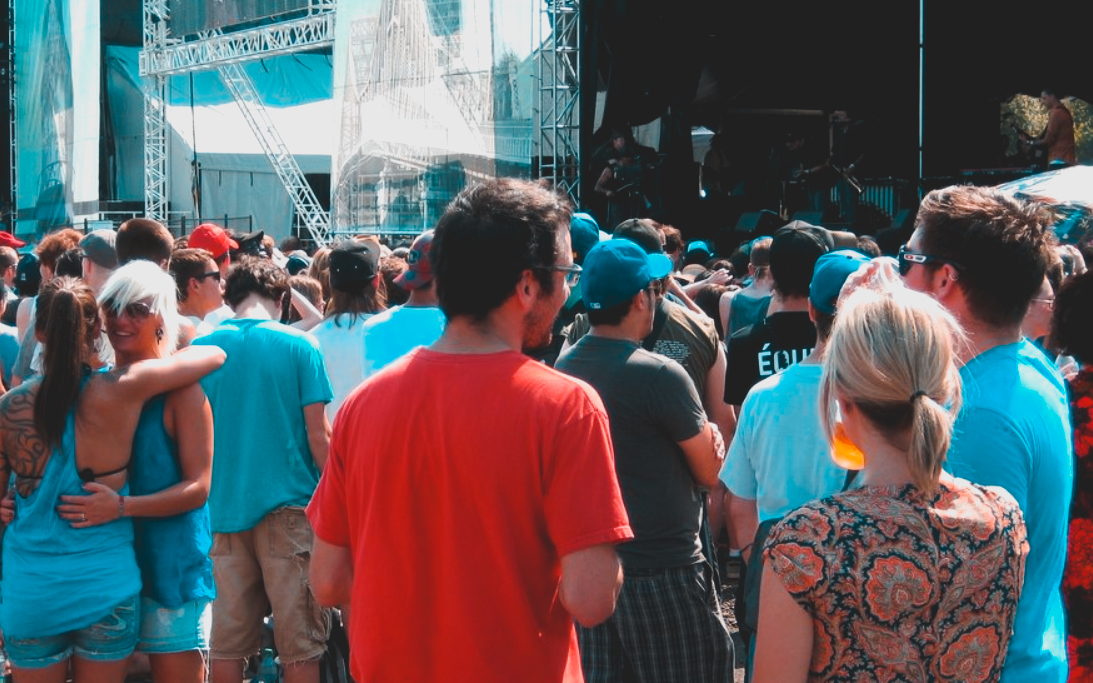 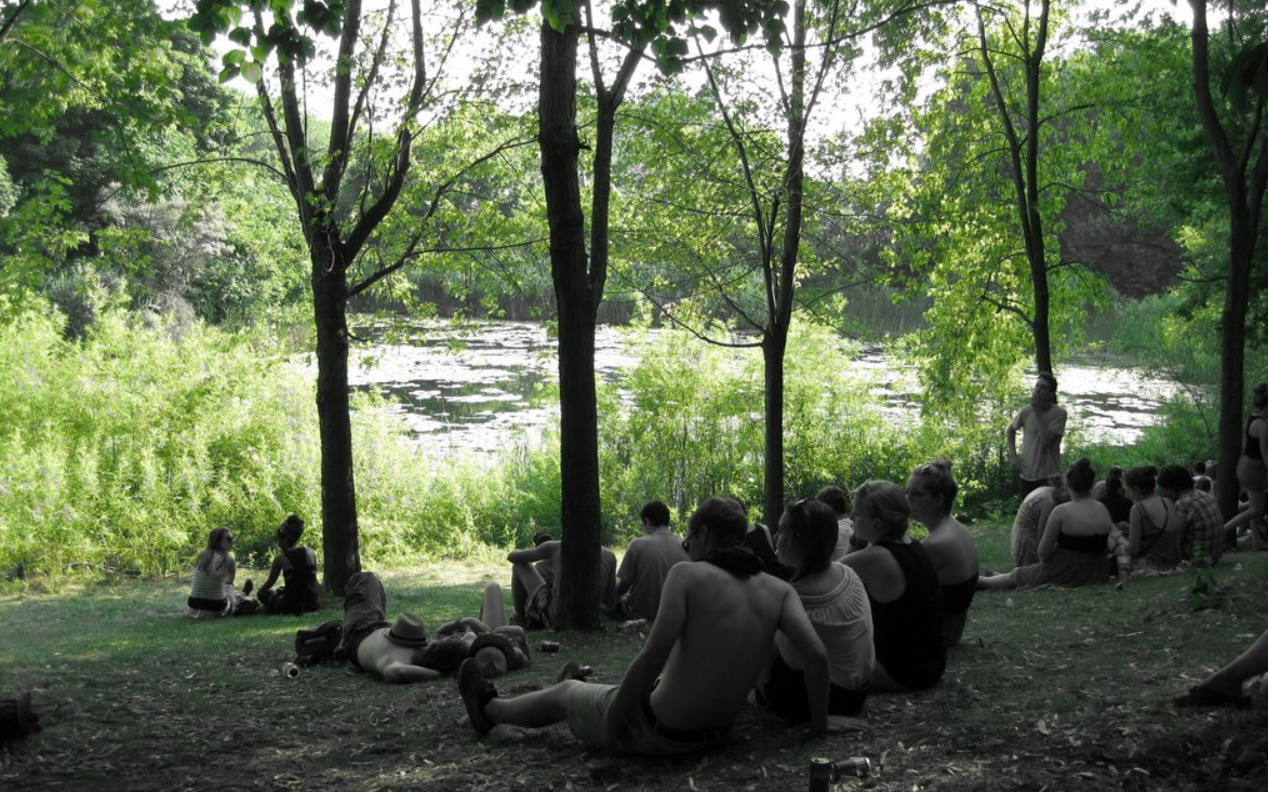 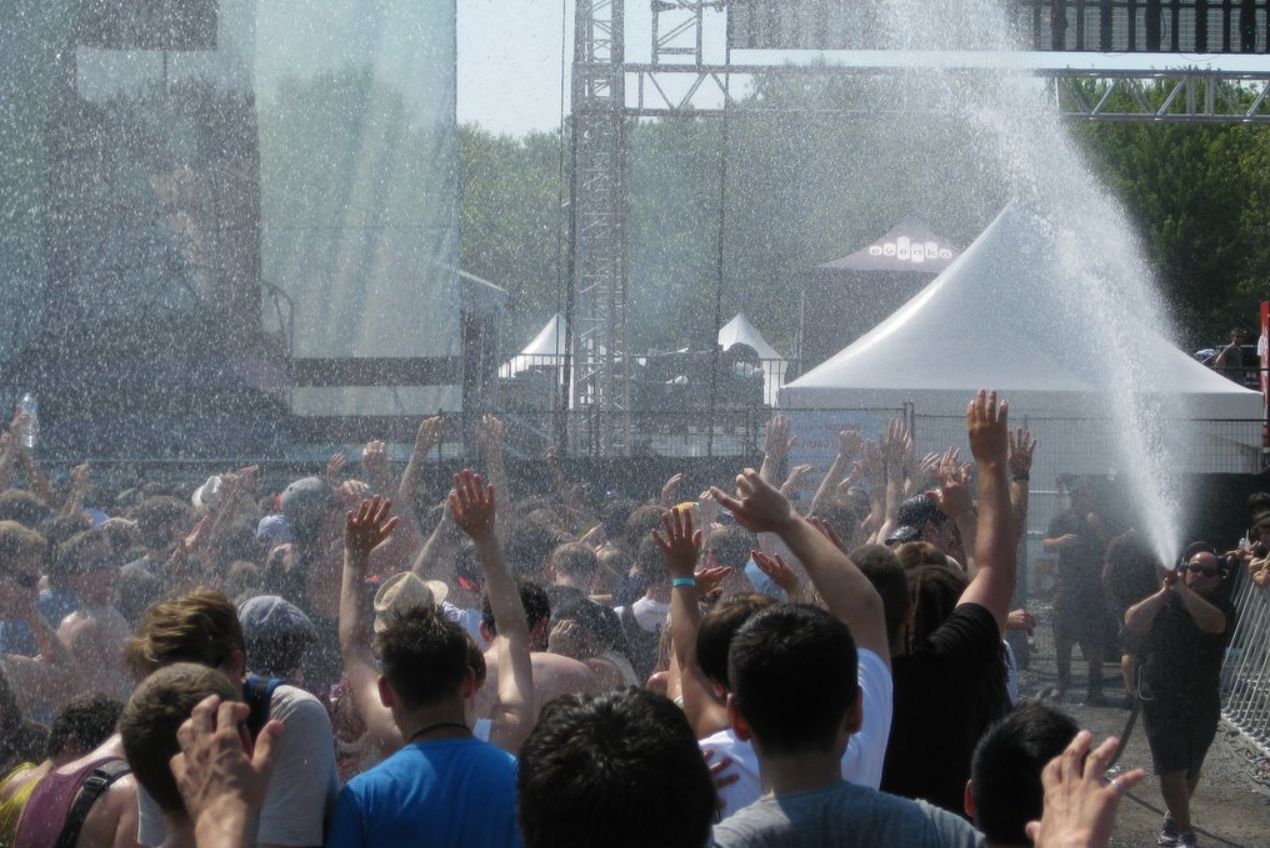 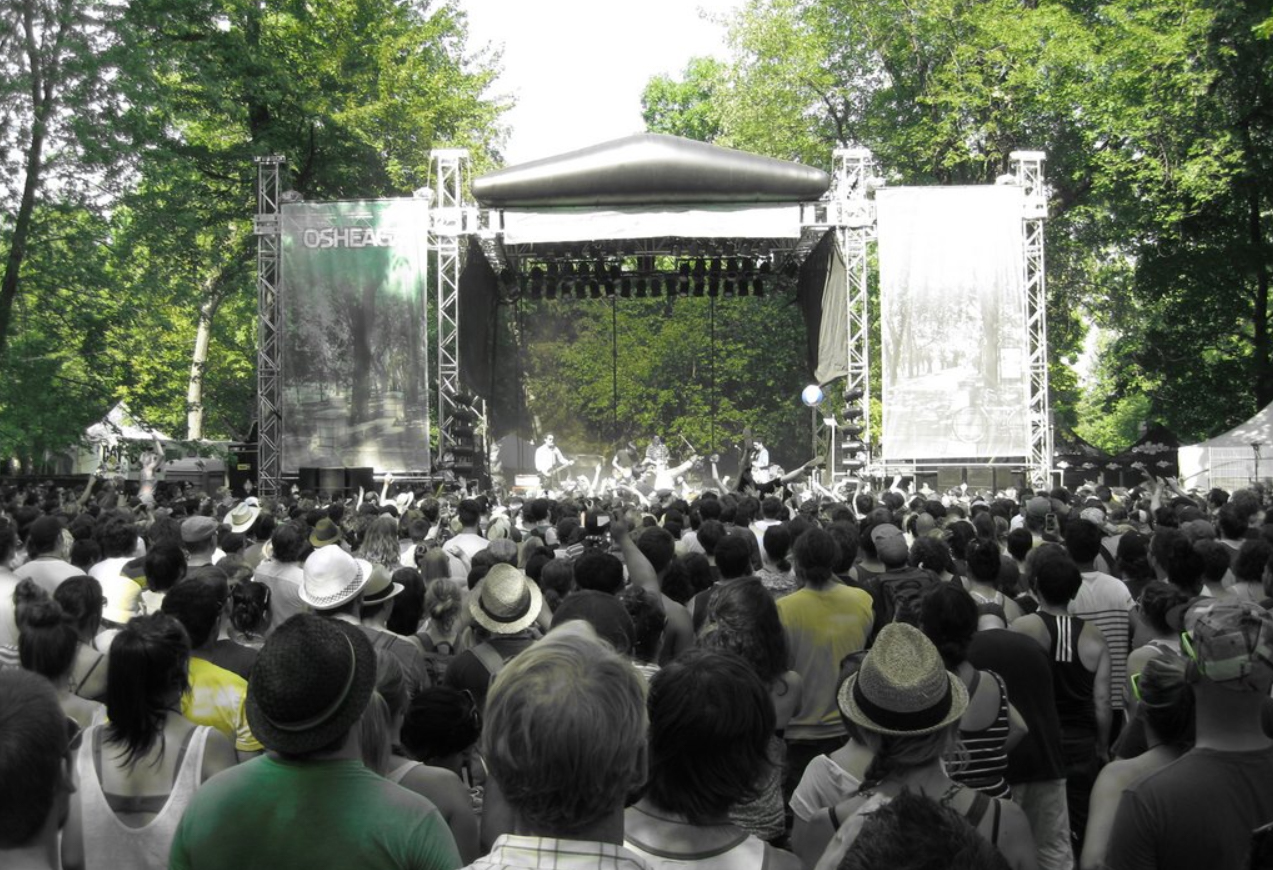 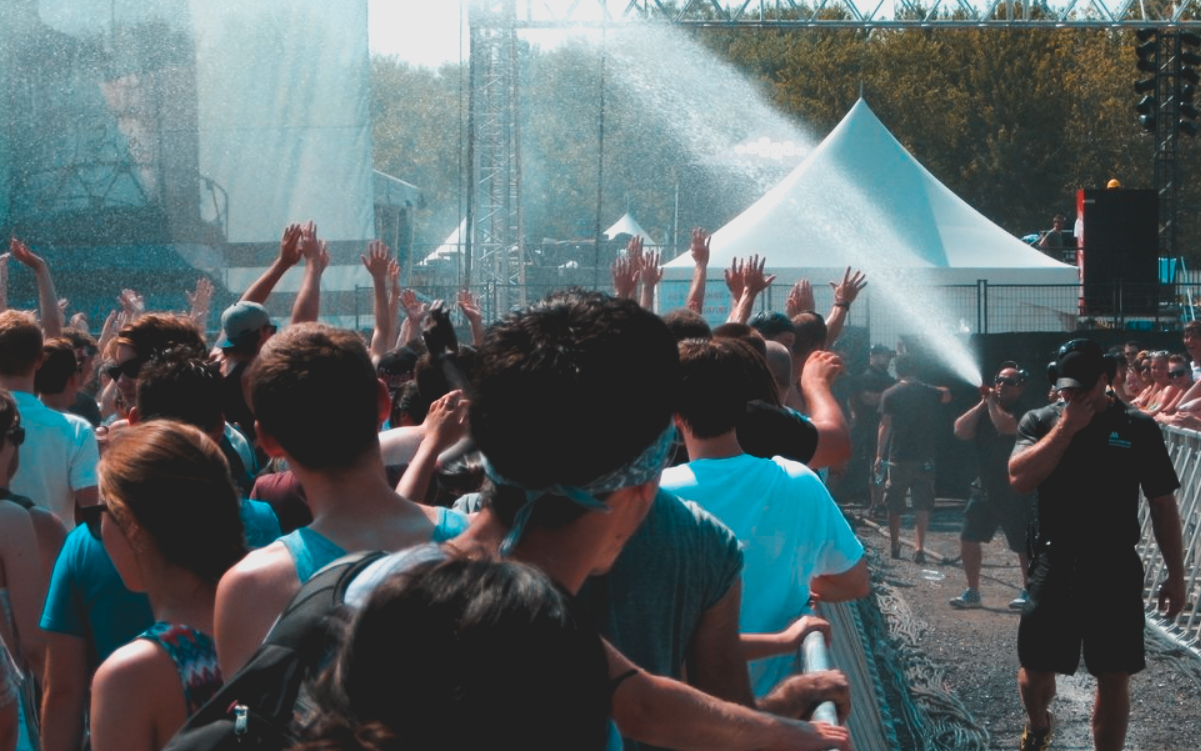 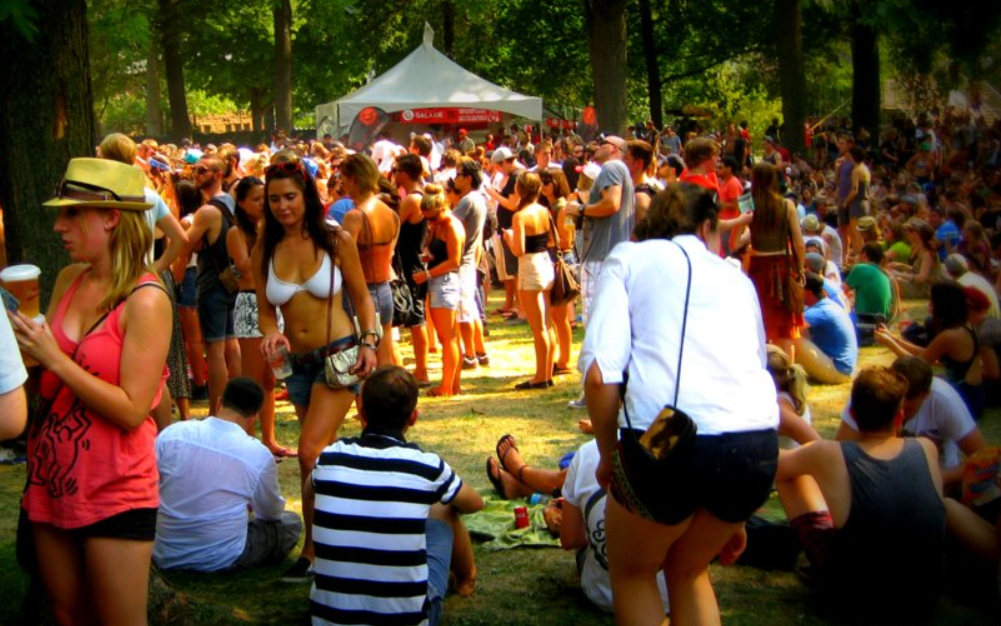 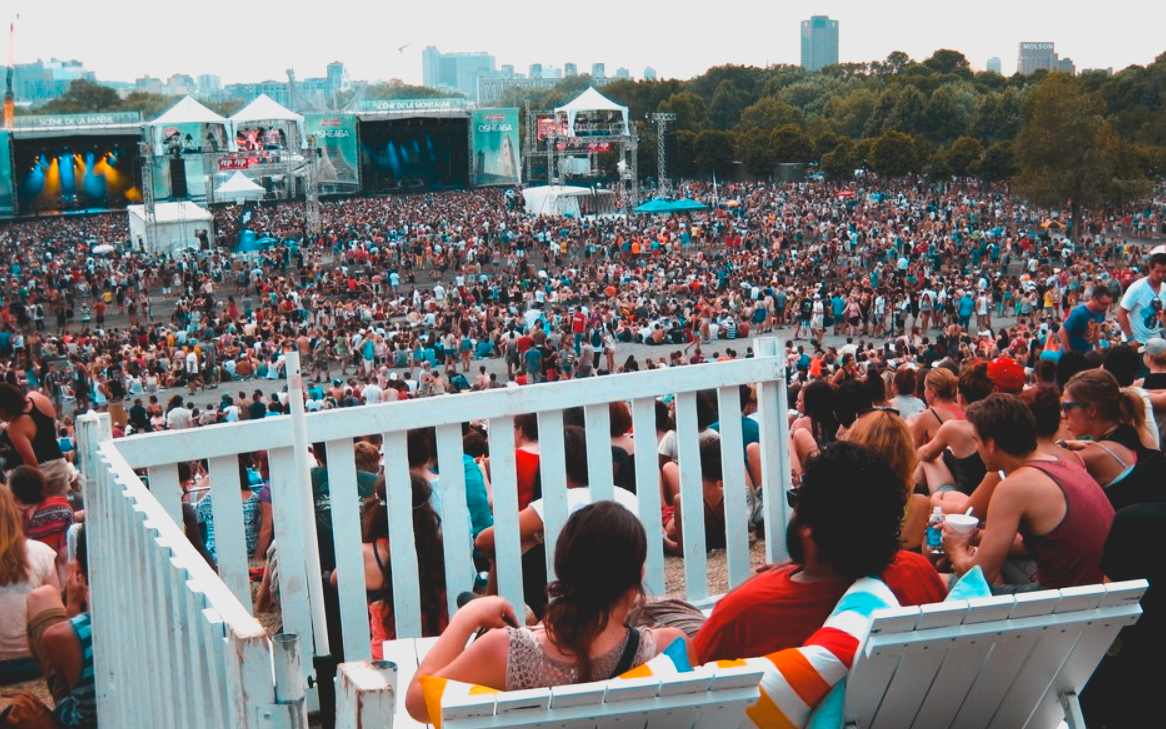 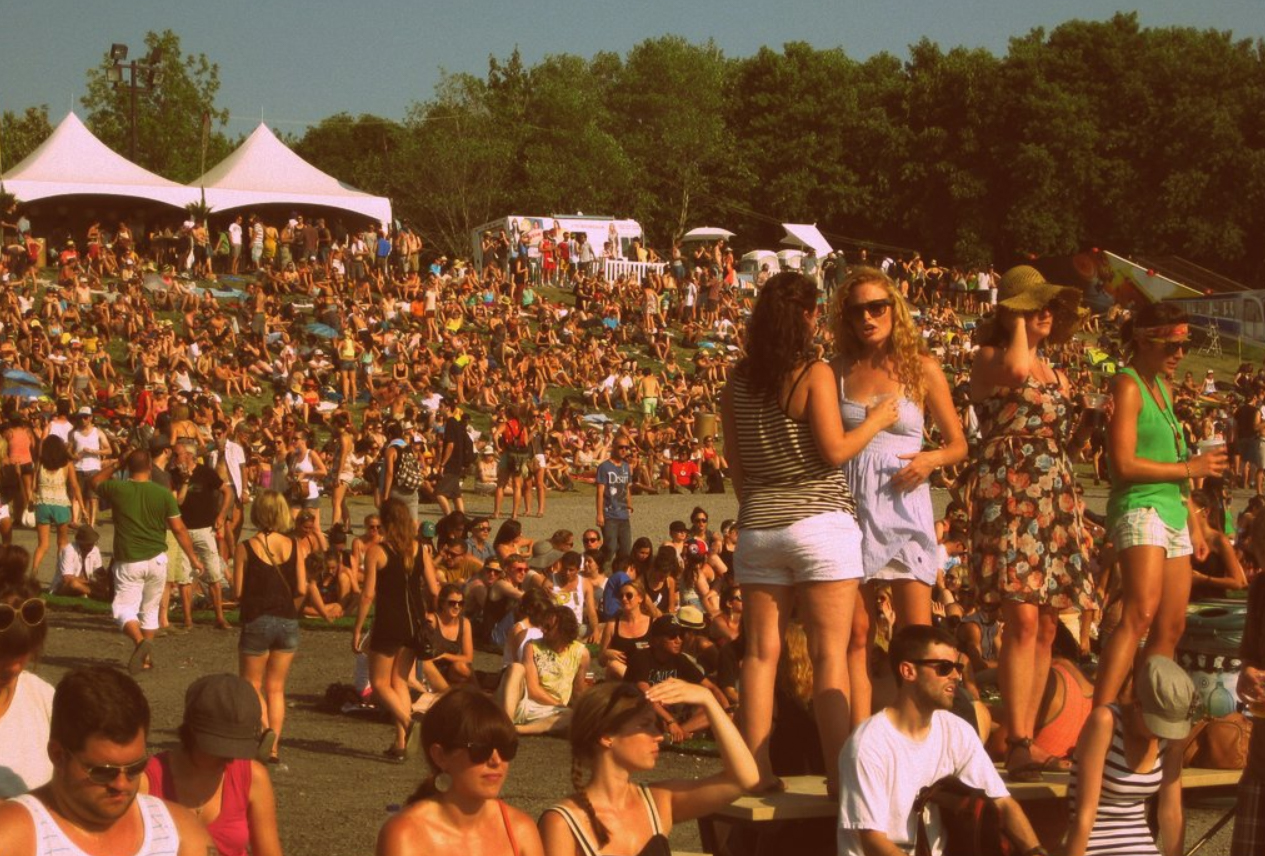 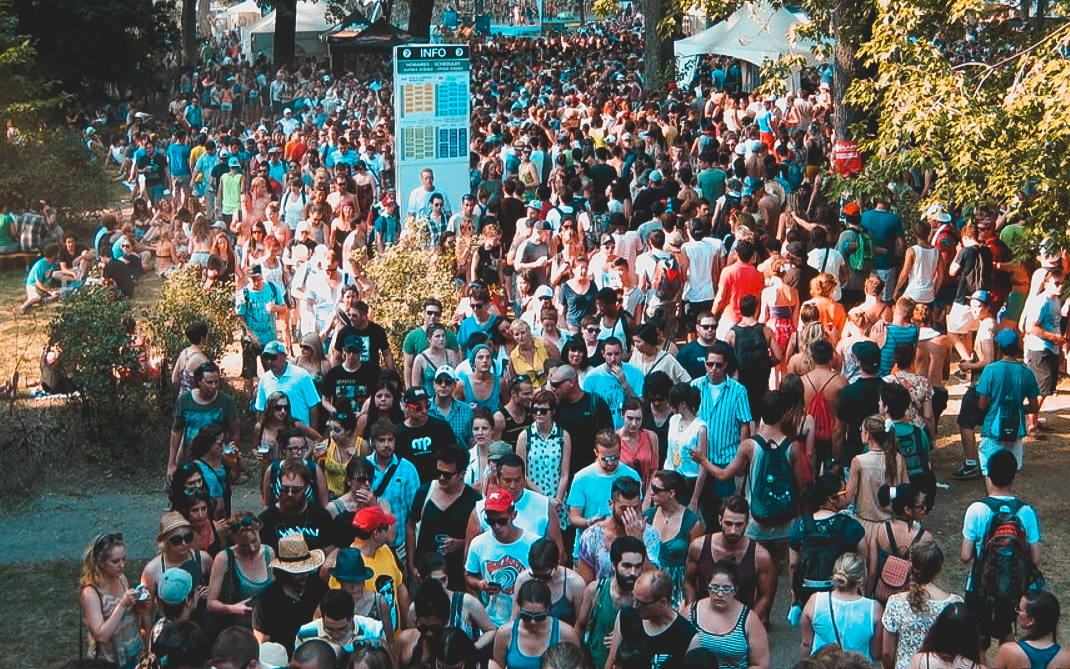 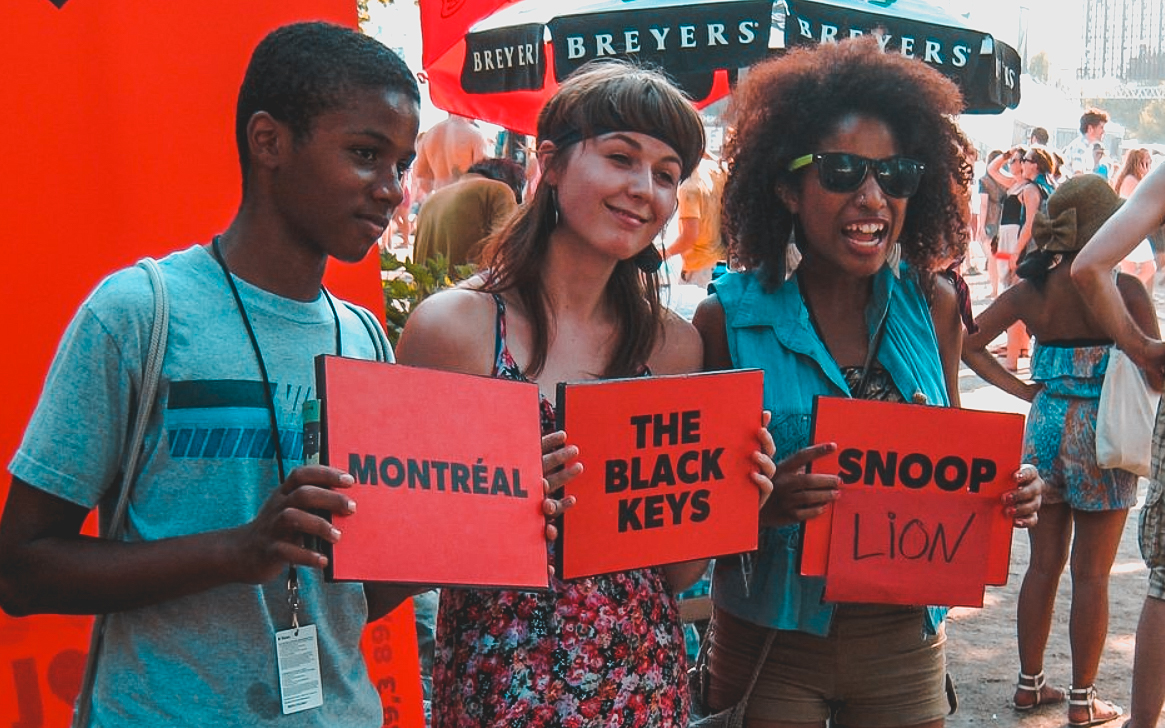 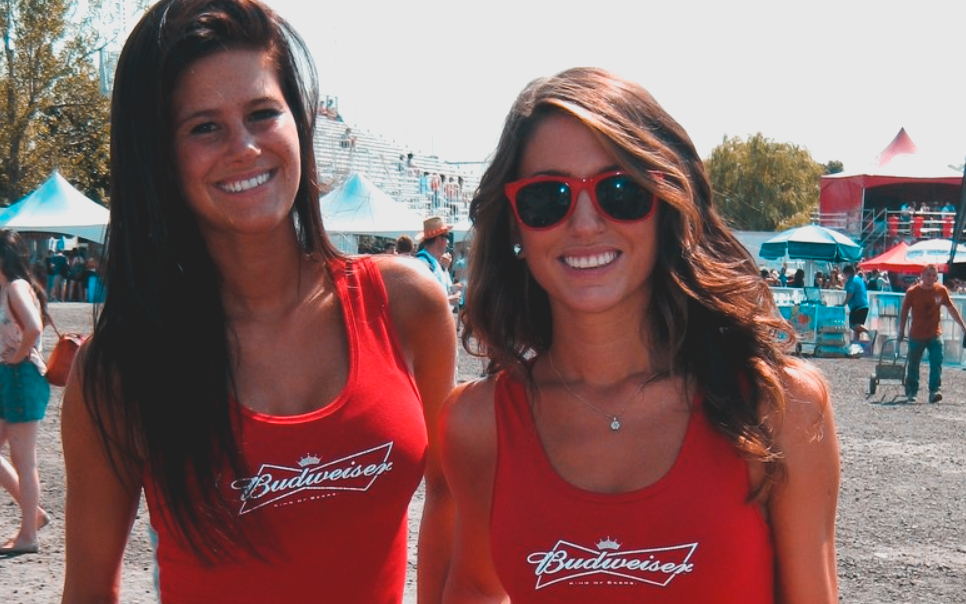 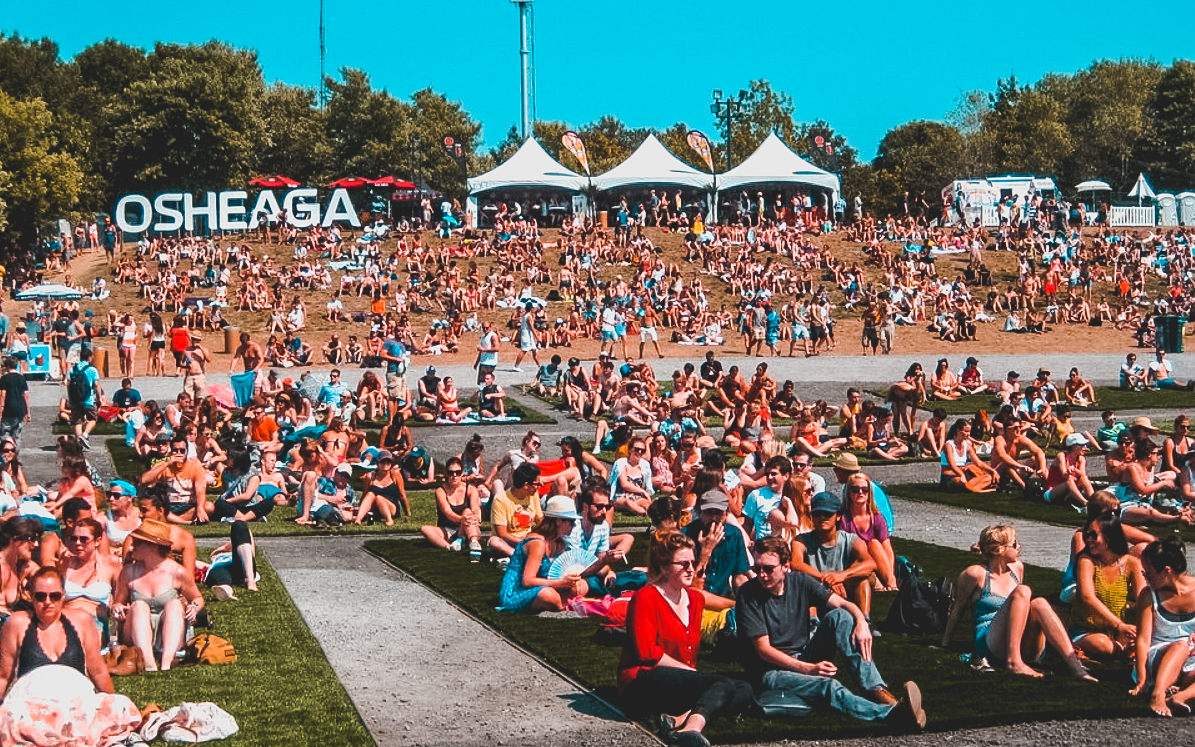